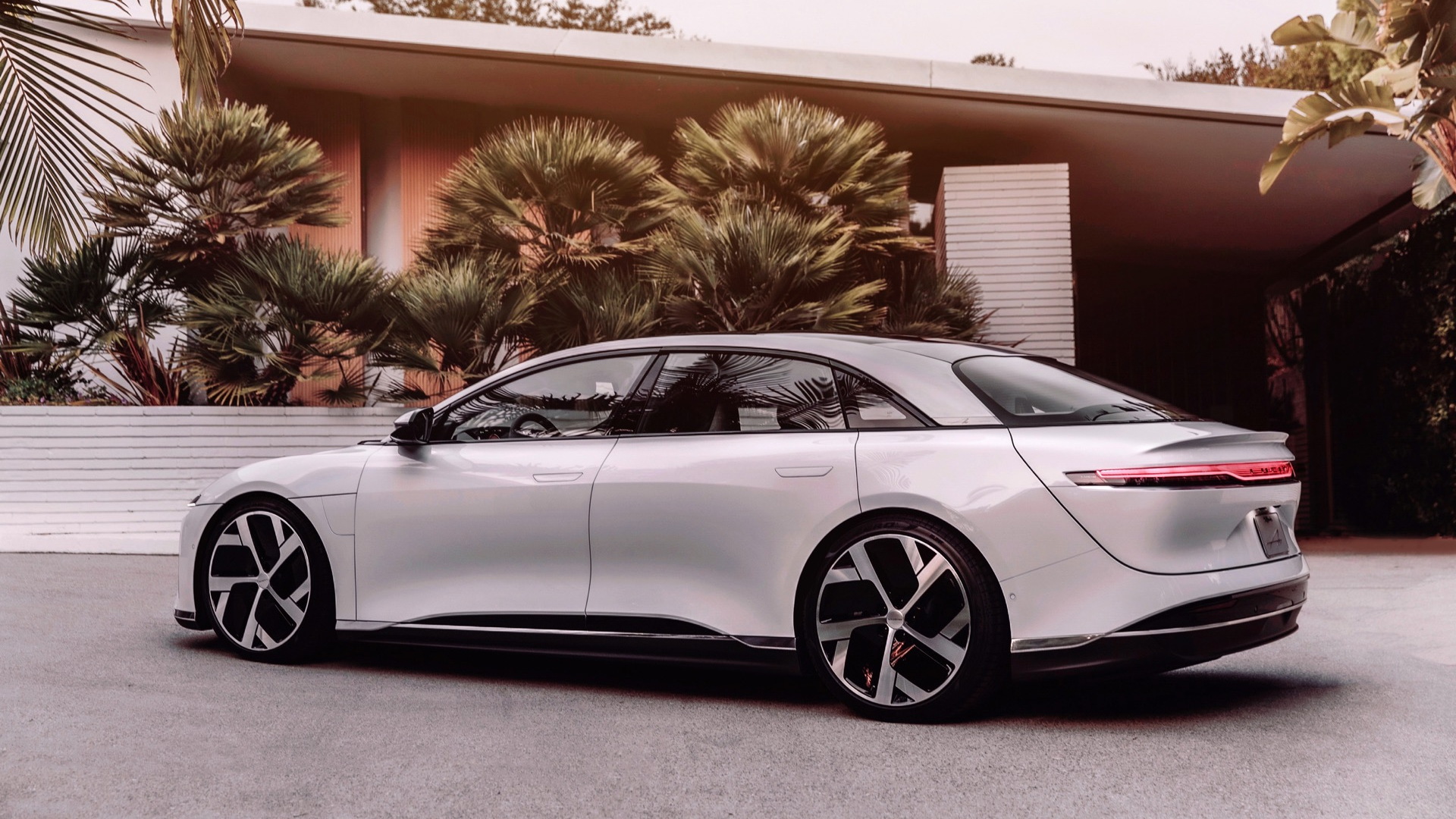 The Lucid Air, the debut electric luxury car California’s Lucid Motors officially revealed Wednesday evening, can slam out 9.9-second quarter-mile times (faster than any other production sedan), accelerate to 60 mph in as little as 2.5 seconds, and get to a top speed of 168 mph.

Or, it can offer up to 517 miles of estimated EPA range, with the potential to recover up to 300 miles of range with just a 20-minute fast charge.

And, as Lucid has teased, it offers the interior space of a Mercedes S-Class or BMW 7-Series, with the footprint of an E-Class or 5-Series.

“With the Lucid Air, we have created a halo car for the entire industry, one which shows the advancements that are possible by pushing the boundaries of EV technology and performance to new levels,” said Lucid CEO and CTO Peter Rawlinson.

Staffed with Tesla expats—Rawlinson, the chief engineer of the original Model S included—Lucid refused to use off-the-shelf components and has instead gone its own route on virtually everything technical and design-related. By designing its own motors, inverters, and battery packs, on a vehicle running at more than 900 volts—plus a sedan shape that maximizes space but has industry-best sedan aerodynamics, Lucid is able to effectively raise the goalpost for electric-vehicle efficiency, range, and performance. 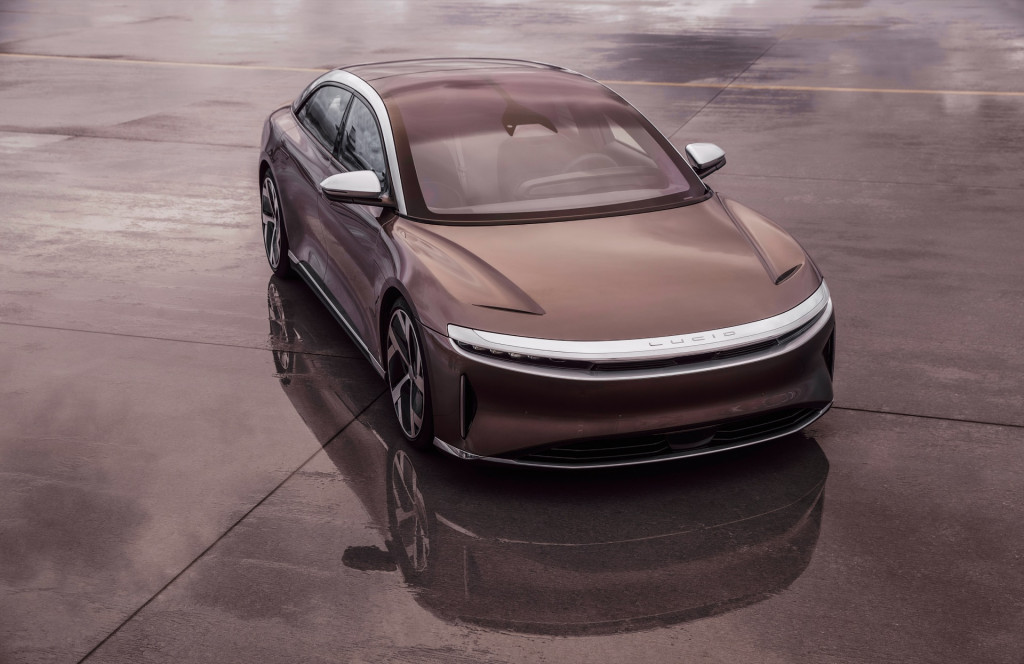 There’s a catch, of course, and in the case of the Lucid Air, it’s that such bragging rights don’t come cheap. The exclusive halo version, called the Lucid Air Dream Edition, which will arrive in spring 2021 and be capable of accomplishing all those astonishing, Tesla-beating performance tasks, will cost $169,000.

For those willing to wait a little longer, the Air will come with a base price just below $80,000, although the more-affordable model won’t arrive until 2022.

With the federal EV tax credit of $7,500 potentially applying to any buyers, that will bring the effective price down to as little as $72,500 in some cases.

The Dream Edition will be delivered first, in spring 2021, and will be offered in a choice of three colors: Stellar White, Infinite Black, or a Eureka Gold hue that’s exclusive to this top version. Dream Edition cars will arrive in a special Santa Monica interior theme, with nappa-grain Bridge of Weir leather plus silvered Eucalyptus wood. It will also ride on 21-inch AeroDream wheels and get special trim and badging.

The 1,080-horsepower Dream Edition won’t quite hit the peak range for the lineup, though, and those big wheels will cost some range. The Dream Edition is estimated at 465 miles with them, but 503 miles with 19-inch AeroRange wheels.

The Lucid Air Grand Touring model will follow in the summer and cost $139,000. It will provide the lineup’s top 517-mile estimated range, with an 800-hp version of the powertrain still providing 3.0-second 0-60 mph times, the quarter-mile in 10.8 seconds, and the same top speed—as well as the same 113-kwh battery pack.

The overarching design of the Air is like no other; it’s low and sleek, and quite cab-forward compared to most gasoline cars. Although Lucid hasn’t yet revealed space or cargo figures, back-seat space is abundant for taller adults, and a future layout will bring a reclining seat with a built-in Ottoman.

The Air’s full glass roof is a distinguishing feature from the outside, as is the Micro Lens Array headlight system, which was developed entirely in-house and digitally “steers” the light direction to help improve visibility and safety. 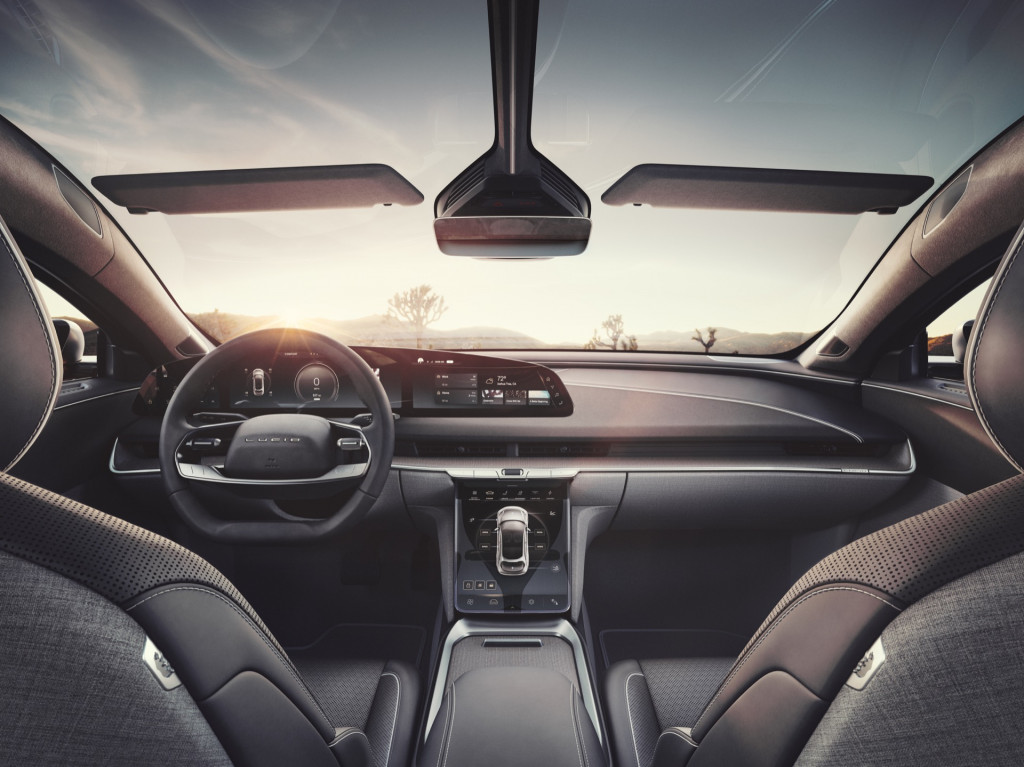 Inside, the look is elegant but uncluttered, with a 34-inch curved touchscreen just ahead of the driver, providing a top-level view for a range of vehicle functions. For more detail, the driver can simply flick downward to see specifics on the screen below.

A suite of active-safety and driver-assistance features called DreamDrive works with 32 sensors, combining camera, radar, and ultrasonic sensors, plus what Lucid says is the first standard high-resolution lidar system in an EV. DreamDrive also includes a driver-monitoring system.