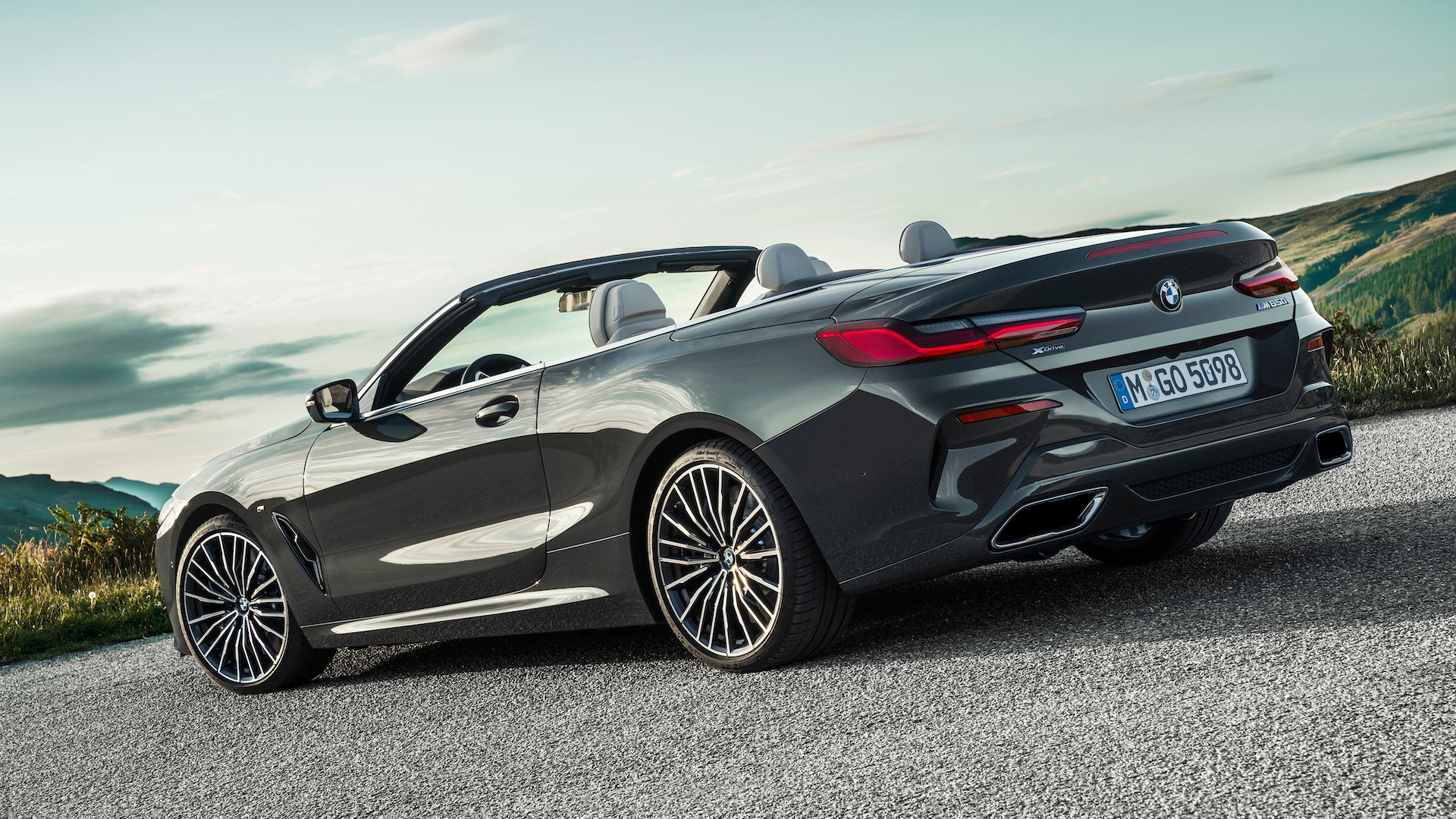 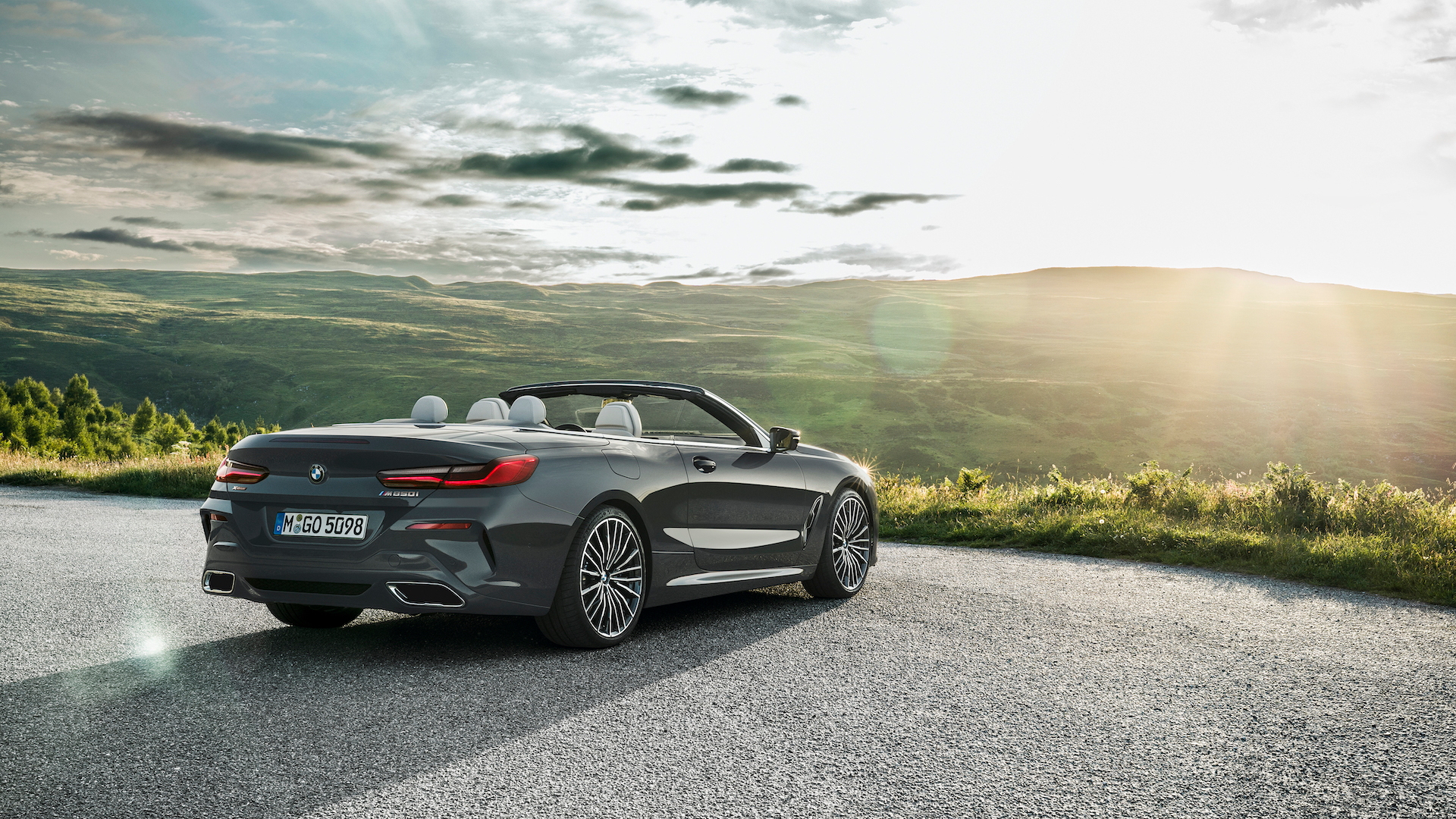 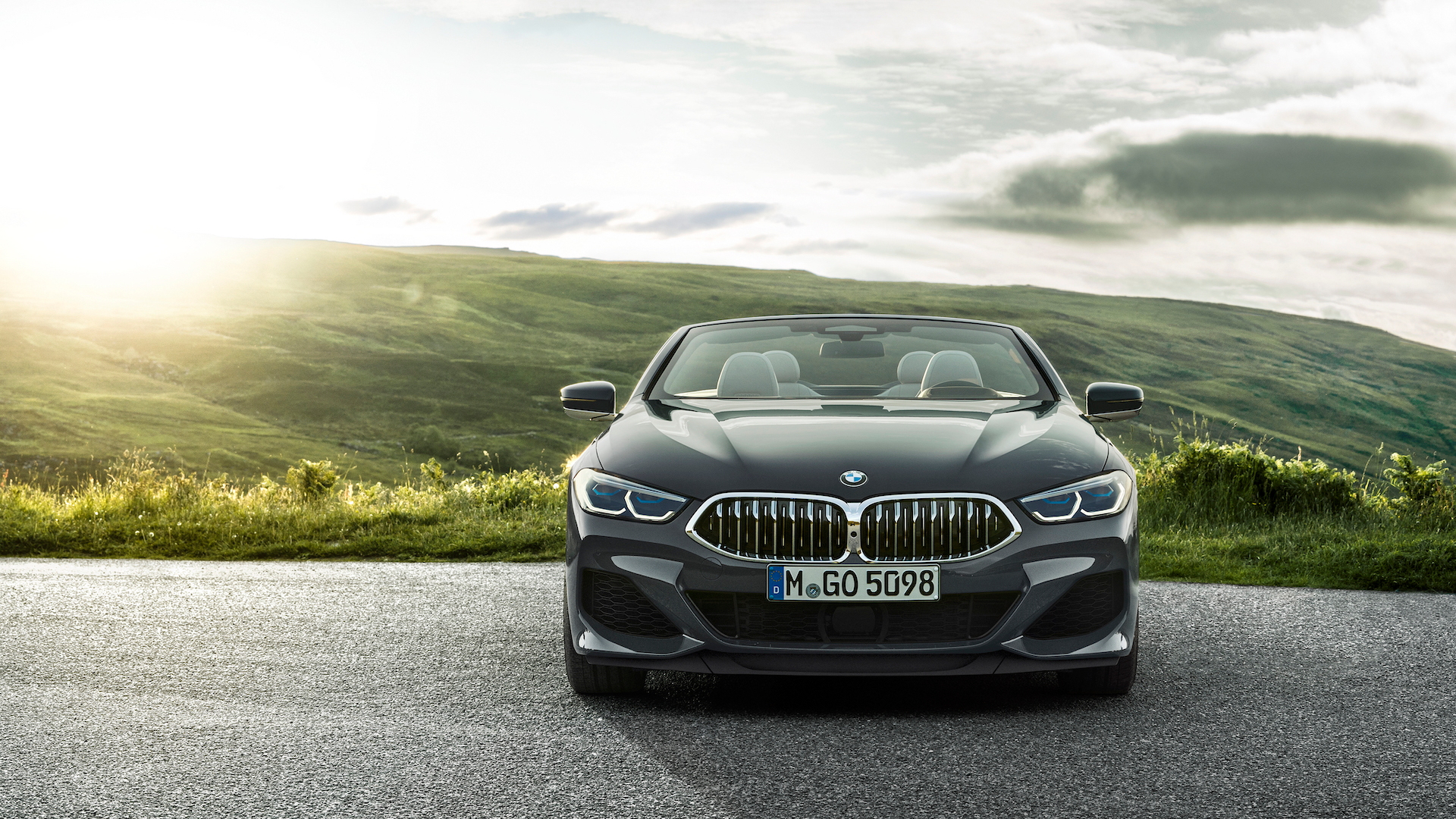 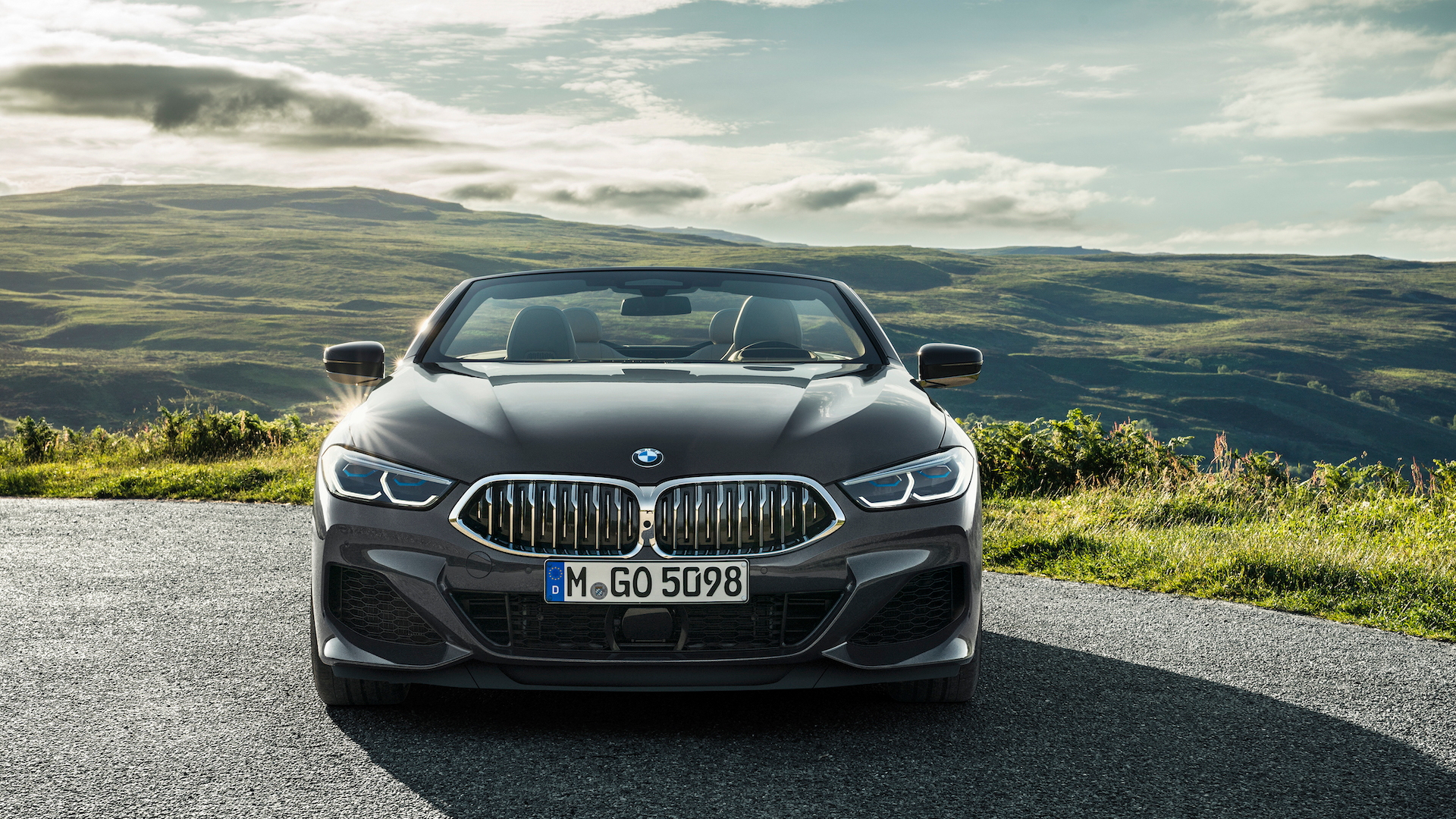 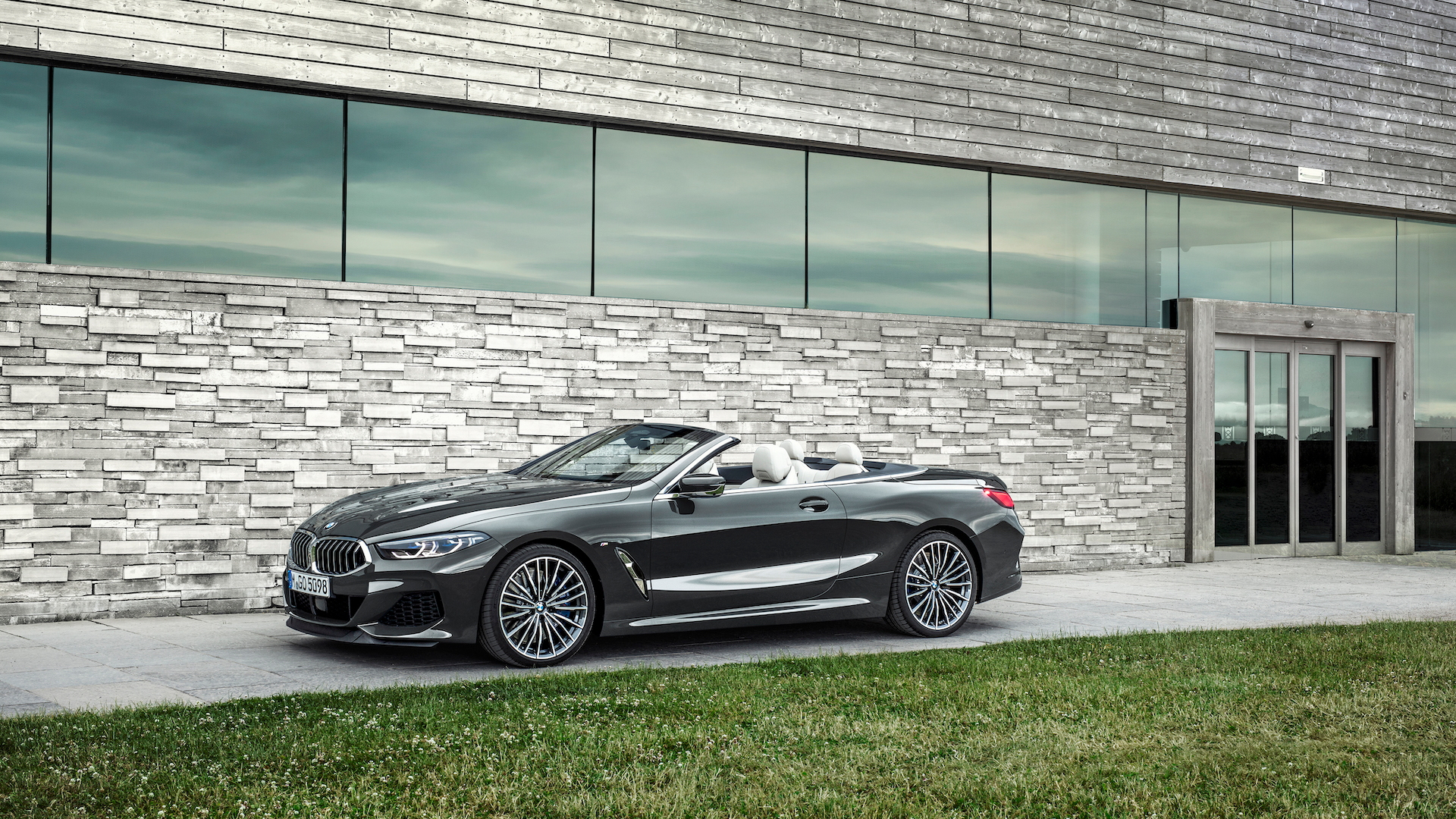 The 2019 BMW M850i xDrive convertible has performed well as a daily driver for the better part of a week, but now I’m headed to the one twisty road in the Chicago area to test its handling prowess. The roughly 3/4-mile stretch of Sheridan Road just north of Tower Road is a little piece of the Nurburgring nestled in the affluent town of Winnetka. The area looks like a scene out of “Ferris Bueller’s Day Off” because, in fact, that iconic movie was shot around here.

The M850i fits in well around these not-so-humble surroundings, and it has made a big splash wherever I go. From cruising the freeway to running errands to shopping for a home or apartment, it grabs attention, both mine and onlookers’. The 8-Series is a comfortable road-tripper, a powerful straight-line rocket, and a sign of hope for anxious real-estate brokers who see it drive up.

The car’s power and prestige are to be expected from a $130,000 German droptop that puts a premium on style. As I’m about to find out, its agility is surprising.

Though wider, heavier, and more upscale than the 6-Series, the 8 is sportier. That can be traced to advanced construction techniques, added performance equipment, and BMW’s knowhow in building sporty cars. But this isn’t just a sporty big car. BMW specifically targeted performance. The German luxury brand races the 8-Series and says the M8 version will be the brand’s ultimate performance machine.

BMW builds the 8-Series on its modular CLAR architecture that is the basis of the 5- and 7-Series cars. It’s a multi-material platform that uses steel, a healthy helping of aluminum, a carbon-fiber-reinforced plastic central tunnel, and even a magnesium dashboard beam. To that, BMW bolts a double-wishbone front suspension and a five-link rear suspension, both with adaptive, adjustable dampers that BMW labels M Suspension Pro.

On this little strip of twisty heaven in straight-road suburbia, I’m running with the top down, the drive mode selector set to Sport+, and the radio off to take in the staccato song of the 4.4-liter V-8 chewing up and spitting out unburnt fuel between gears and on overrun.

The car slices and dices these quick, tight turns. Sport+ adds some weight to the steering, but it’s still overly boosted. It provides quick, direct turn-in, though, and the car follows along, belying its size and weight.

Its width is the only issue on this tight two-lane stretch. The BMW takes up much of the lane, but it sticks to its line thanks in part to standard rear-wheel steering that turns the rear wheels up to 2.5 degrees opposite of the fronts at up to 45 mph. Sport and Sport+ modes up that threshold to 55 mph to help the M850i pivot in these corners.

While the M850i stays relatively flat as it transitions from corner to corner, it could be even flatter with the available active anti-roll bars. I don’t see the need for them during this run, however.

I do see the advantage of the standard M Sport differential and all-wheel-drive system that work together to send more power to the rear wheels then dish it out to the outside wheel in corners. That kind of torque-vectoring helps this car cut corners tighter than it should. Meanwhile, the rear differential helps the rear axle lock up quickly to put the power down efficiently when exiting turns.

And, wow, what power! The twin-turbo 4.4-liter V-8 spins out 523 horsepower between 5,500 and 6,000 rpm and 553 pound-feet of torque from as low as 1,800 rpm all the way up to 4,600 rpm. In the Sport+ mode, it works with its 8-speed automatic transmission to deliver power without a whiff of turbo lag and keeps that power at the ready by sticking with the lowest possible gear.

Capable of a 0-60 mph run of 3.8 seconds and an electronically limited top speed of 155 mph, the M850i warps from corner to corner, its M Sport four-piston front brakes arresting speed with confidence before the next burst.

With all this power and capability, it’s hard to believe this is just the M850i. An M8 with up to 617 horsepower is on the way with even more performance equipment.

I take my chances on two spirited runs along this stretch of road, then head home before the locals can decide I’m disturbing their peace. Time for the quieter, more relaxed Comfort mode. The engine note recedes into the background, the transmission shifts sooner, and the ride becomes luxury-car smooth. The M850i absorbs most bumps well, though sharp potholes can send a shock through the chassis. Even at that, however, I don’t feel cowl shake with the top down—it’s one solid convertible structure.

The balance between luxury and performance on the street are echoed in the cabin. Luxury touches include rich Merino leather upholstery, illuminated door sills, Fineline Copper Wood trim (aluminum, stainless steel, piano black, and two other woods are available, too), and the optional glass-tipped controls that read like Swarovski crystal. These are contrasted by a sporty steering wheel, pedals, and dead pedal all from the M division.

The thick top opens or closes in 15 seconds when driving up to 30 mph, and creates a tight seal that blocks out road noise as well as most hardtops. It does, however, make the interior seem tight, especially for rear-seat passengers who already lack leg room and shoulder room.

My perch in the front seat offers plenty of room, as well as comfortable seats that adjust to accommodate any body type.

As impressive as the interior is, the 8’s power forward body is even better. It sits low and wide, and its sculpted lines play out well over its excess length. Air vents behind the front wheels lead into concave sculpting in the doors that relieve what otherwise might be too much visual mass. The grille sits low and wide as well and has a horizontal look rather than BMW’s traditional more upright twin-kidney appearance. A busy lower fascia adds a sporty flair, as do the notable wheel haunches. It’s more stylish than the 6-Series. In fact, it’s the most stylish BMW since the Z8.

The M850i goes big on looks just like it does on performance. It earns stares and comments from onlookers, and it’s a pleasure to drive for a cruise or a spirited canyon run. It’s a better car than the 6-Series in just about every way.