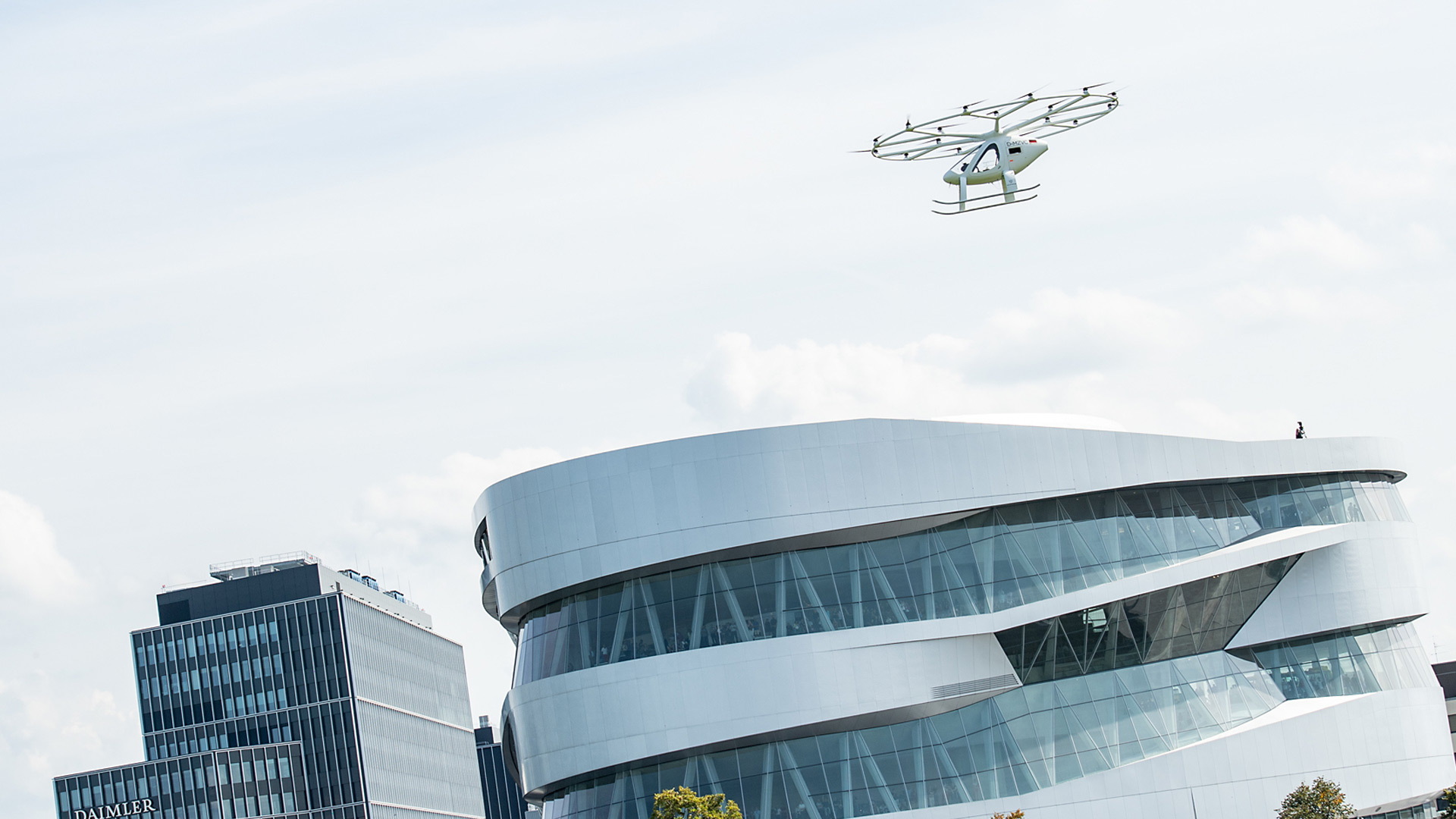 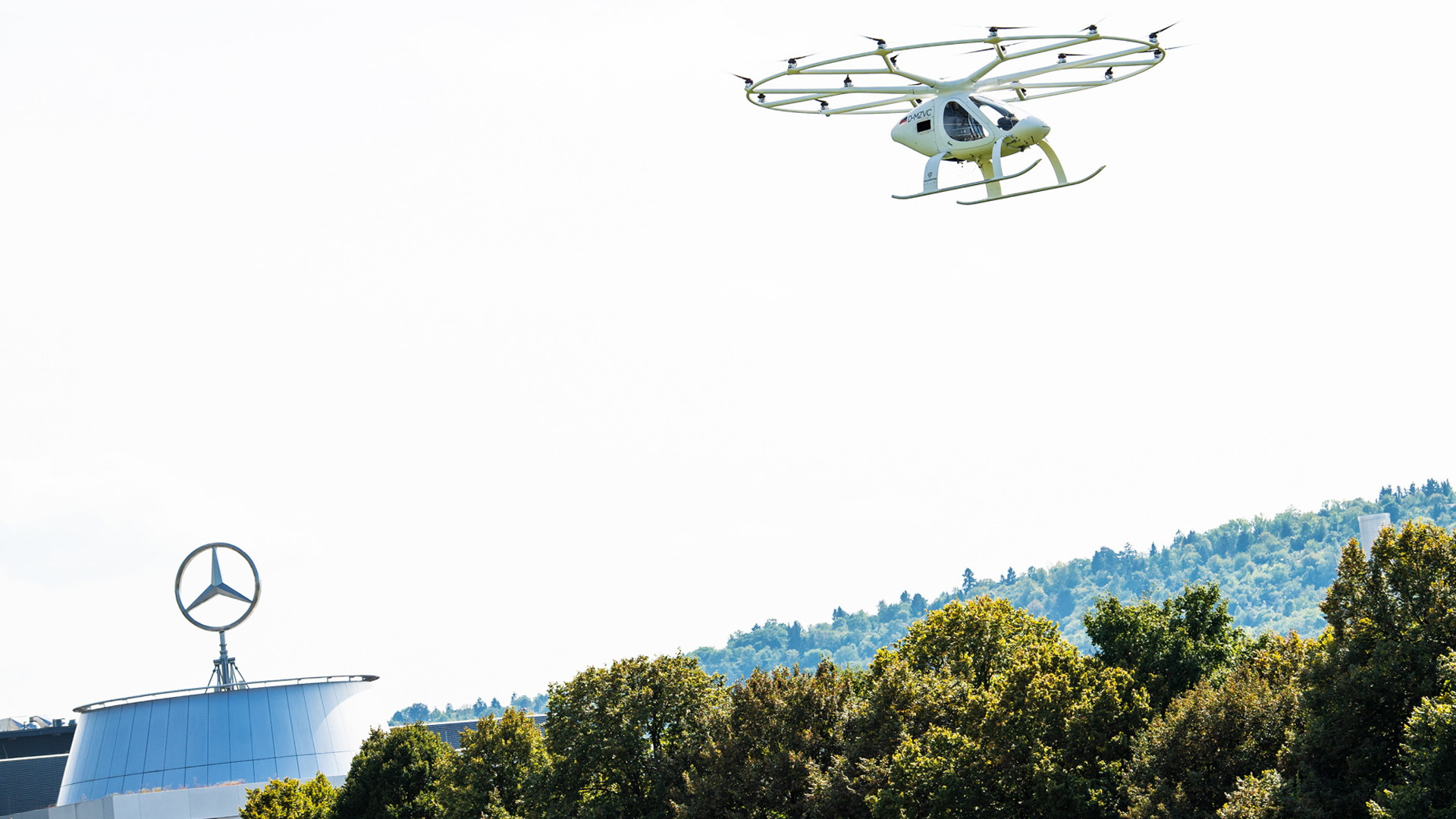 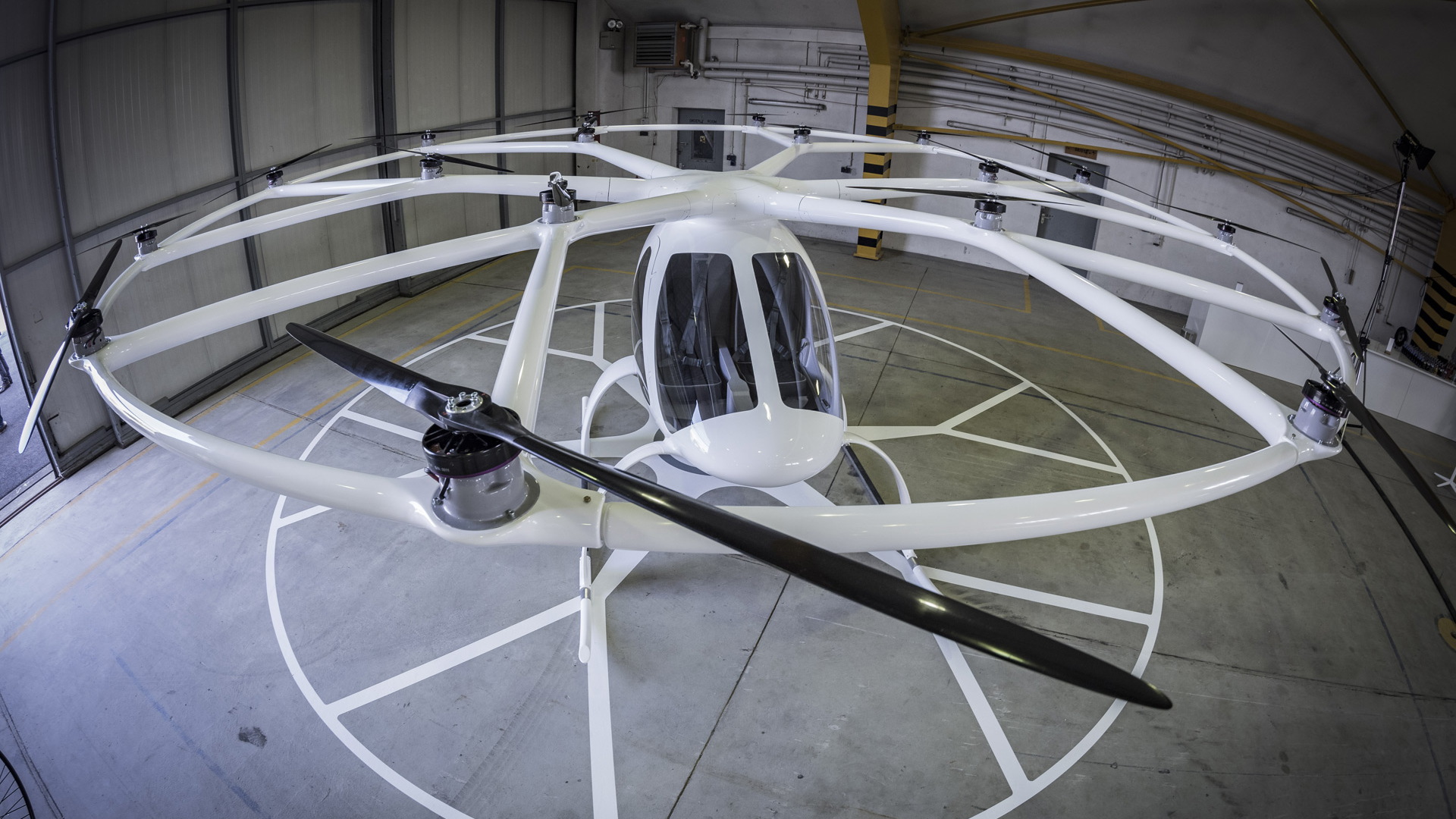 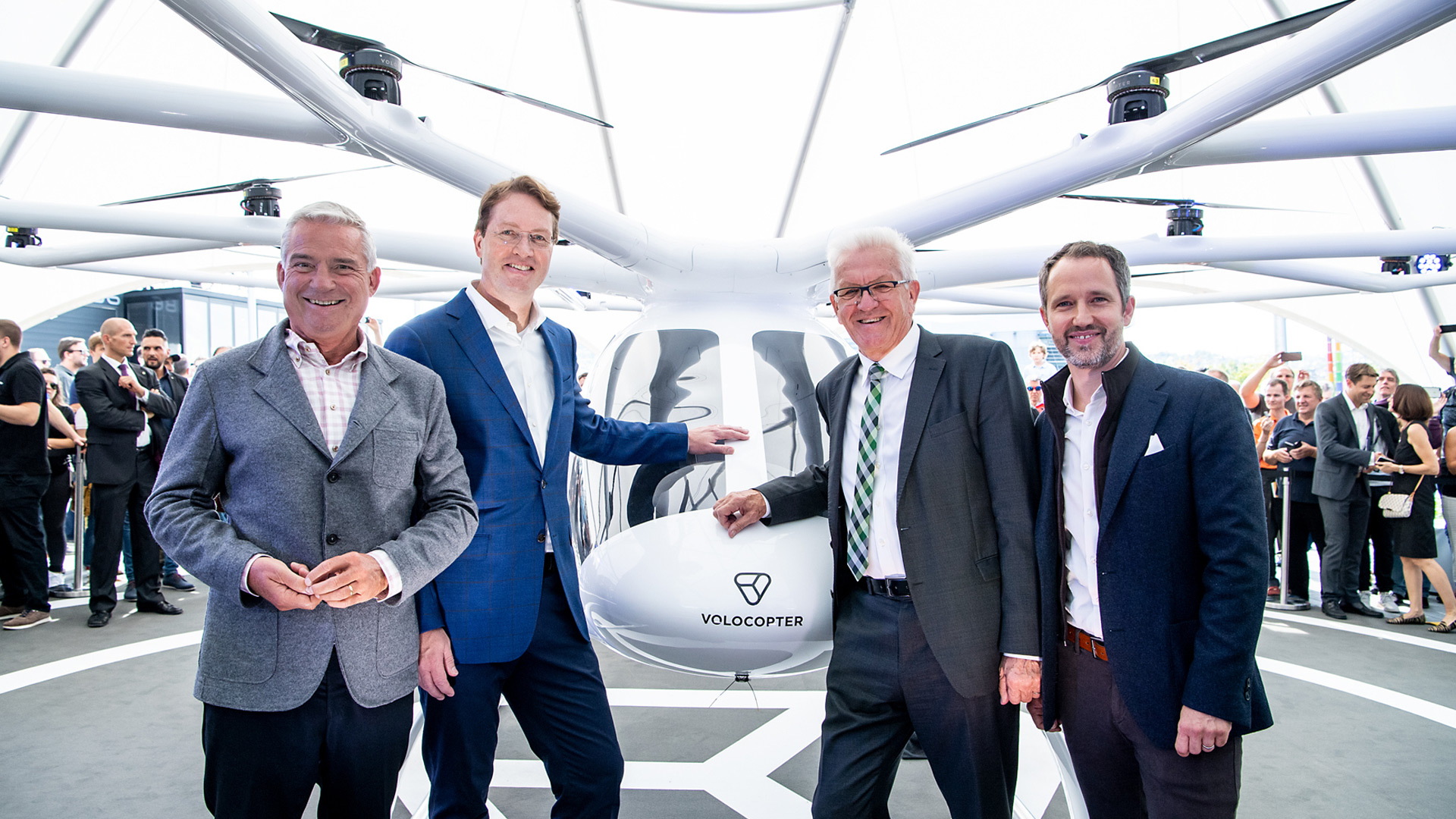 It was only two years ago that Germany's Volocopter first unveiled its concept of an efficient, quiet and fully autonomous flying taxi service for crowded cities. Fast forward to today and prototype testing is already taking place in urban areas.

Following an initial test at Helsinki Airport in Finland two weeks ago, the Volocopter prototype on Saturday was demonstrated at Daimler's headquarters in Stuttgart, Germany. Daimler was an early investor in Volocopter with an initial investment of $30 million made in 2017.

The prototype features 18 rotors powered by electric motors and is capable of vertical take-off and landing. It's designed to fit two adults but has very limited space for storage. It also has a short range. We're talking a range of 17 miles and a top speed of 62 mph. Volocopter has also shown a more advanced design capable of 22 miles of range and a top speed of 68 mph.

Volocopter's vision is to offer short trips between key hubs in some of the world's busiest cities, cutting trips that may take an hour or more with a car down to just a few minutes. A system to swap in a fully charged battery at each of the hubs will also help to speed up turnaround times.

It's too early to say when the technology will be ready. There's also the need for governments to legislate rules allowing such vehicles to operate in major cities. Nevertheless, Volocopter CEO Florian Reuter is confident the start of commercial operations for Volocopter isn't too far away.

"Our Volocopter air taxis open up a completely new dimension in urban mobility,” he said. “As Stuttgart has seen today, they fly safely, quietly and are fast approaching the implementation stage.”