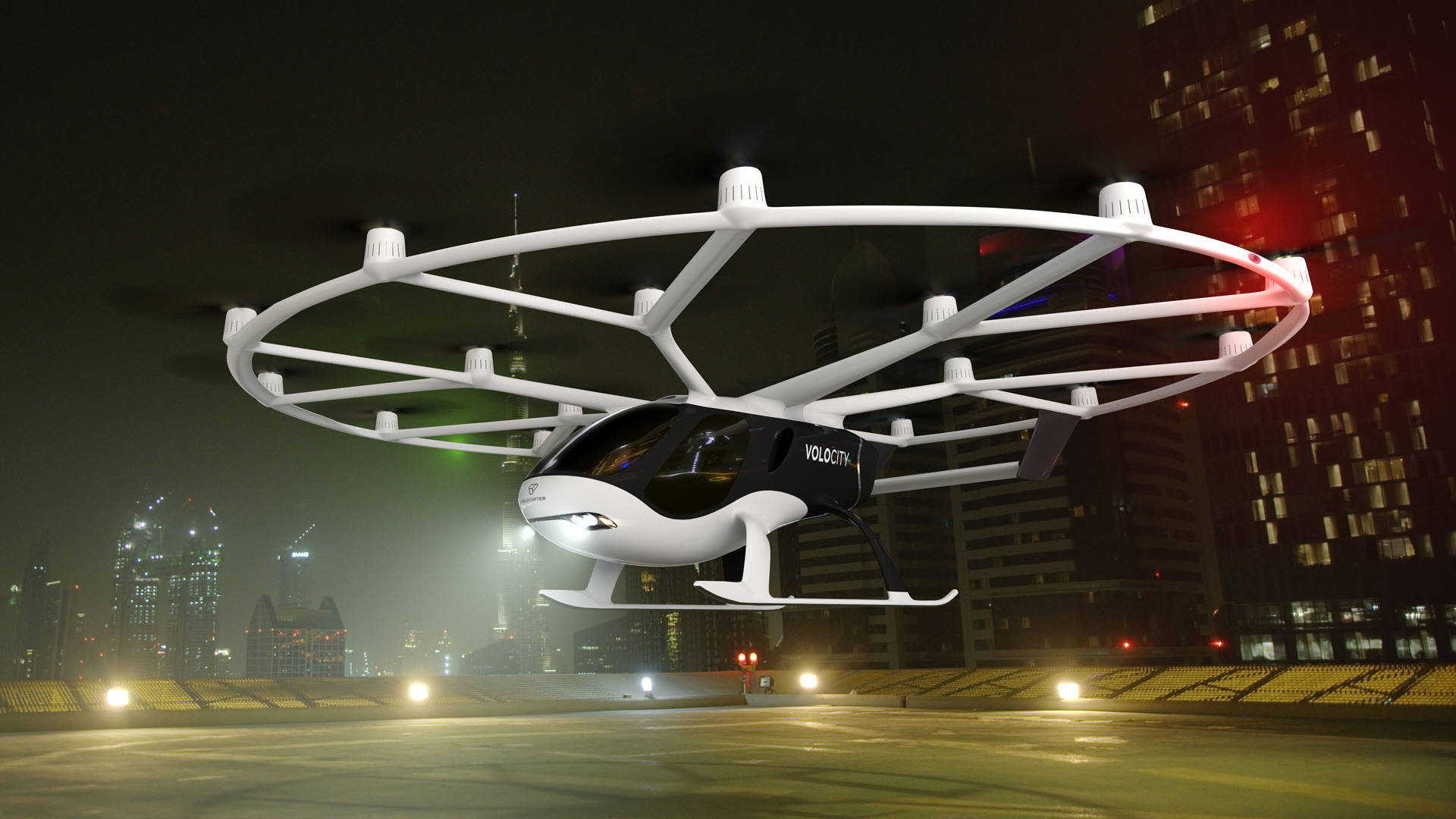 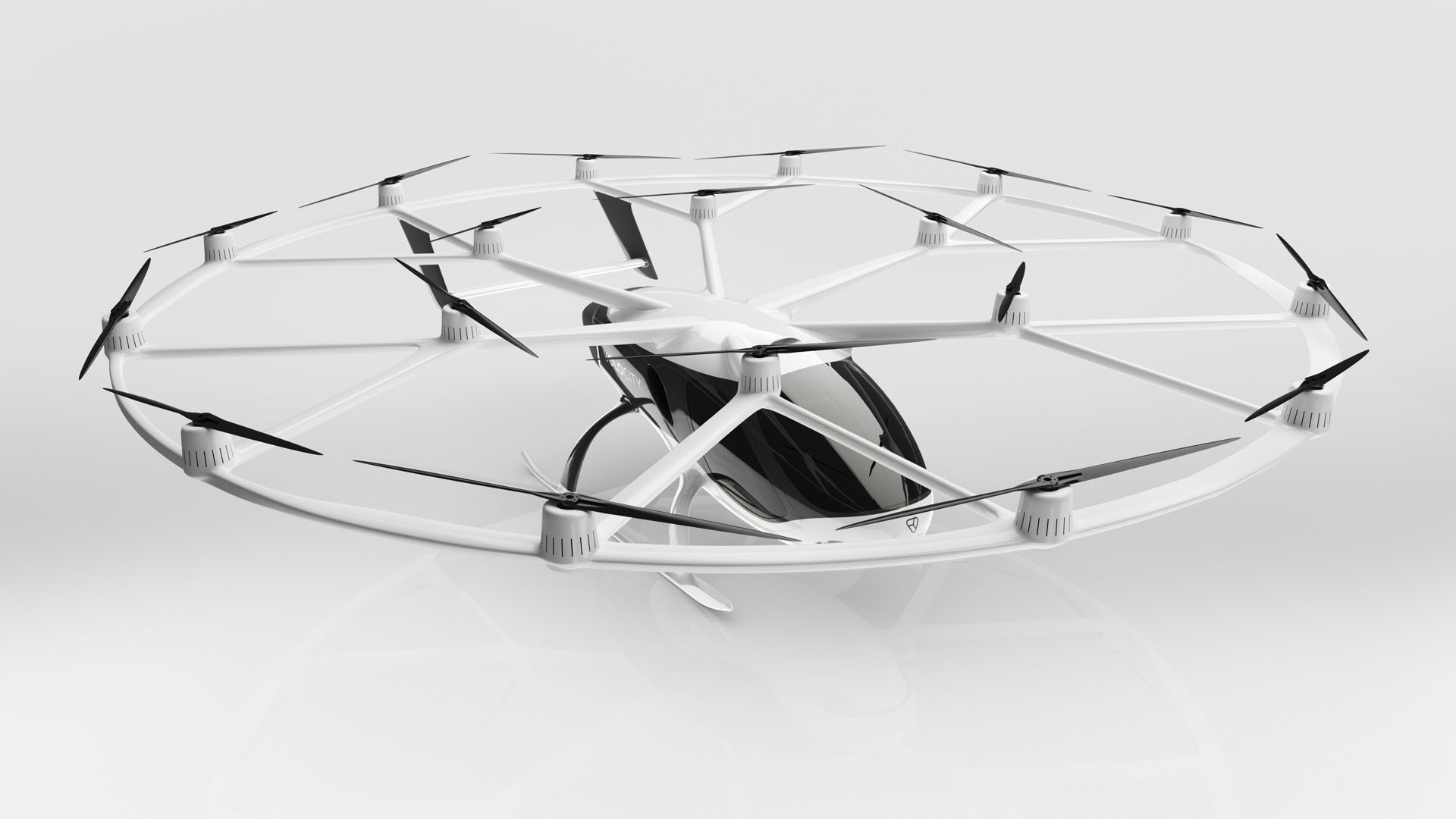 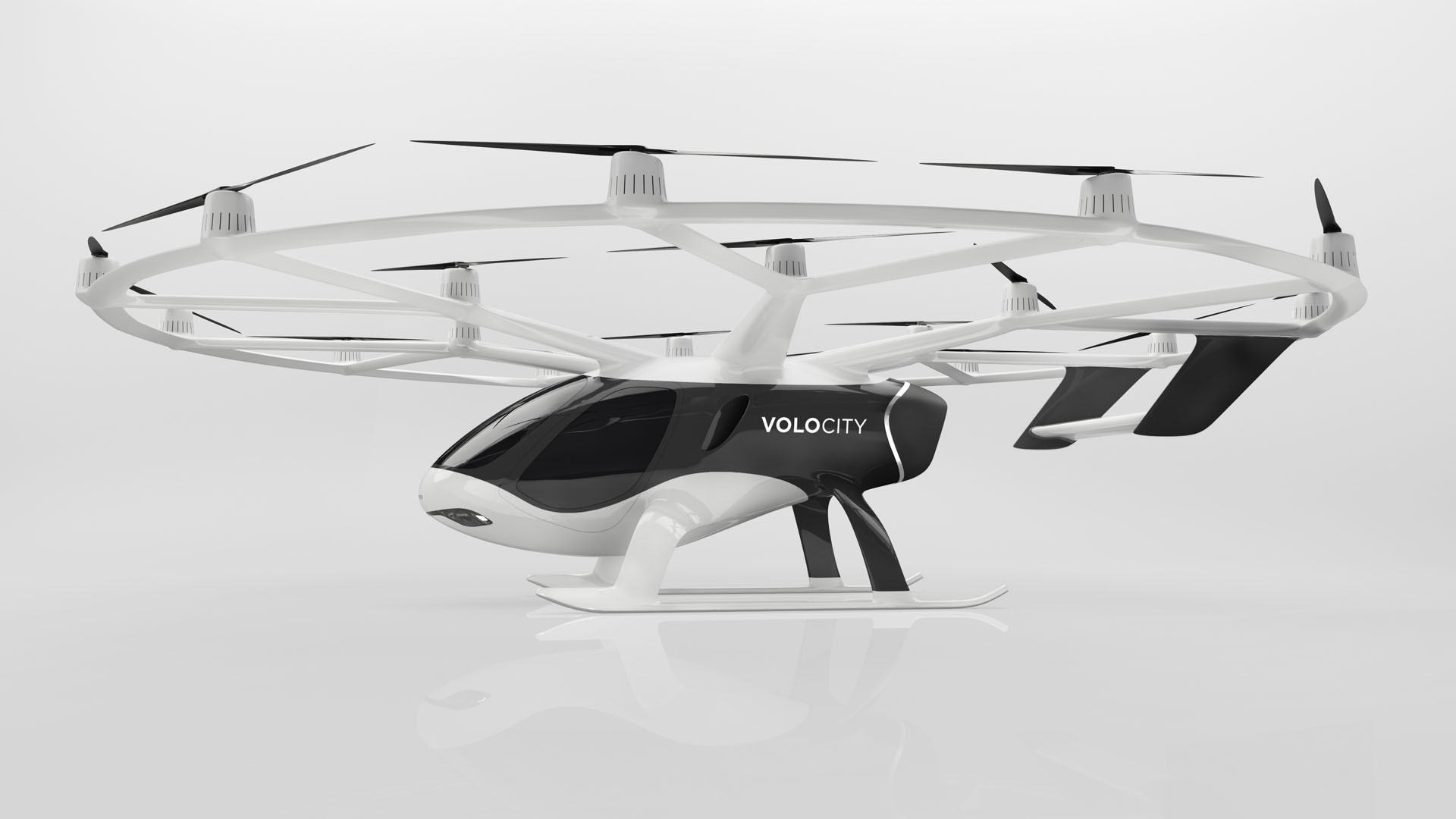 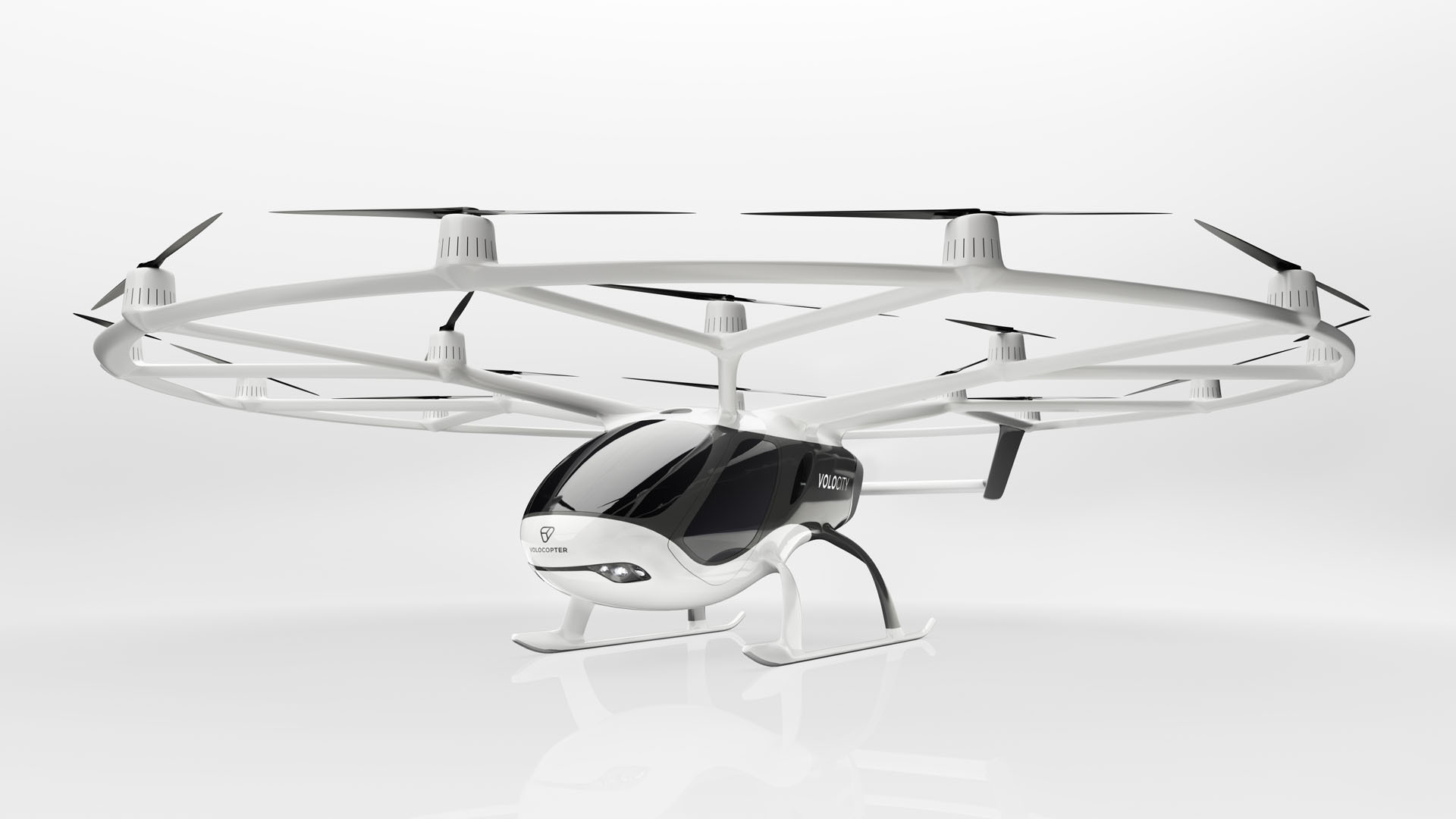 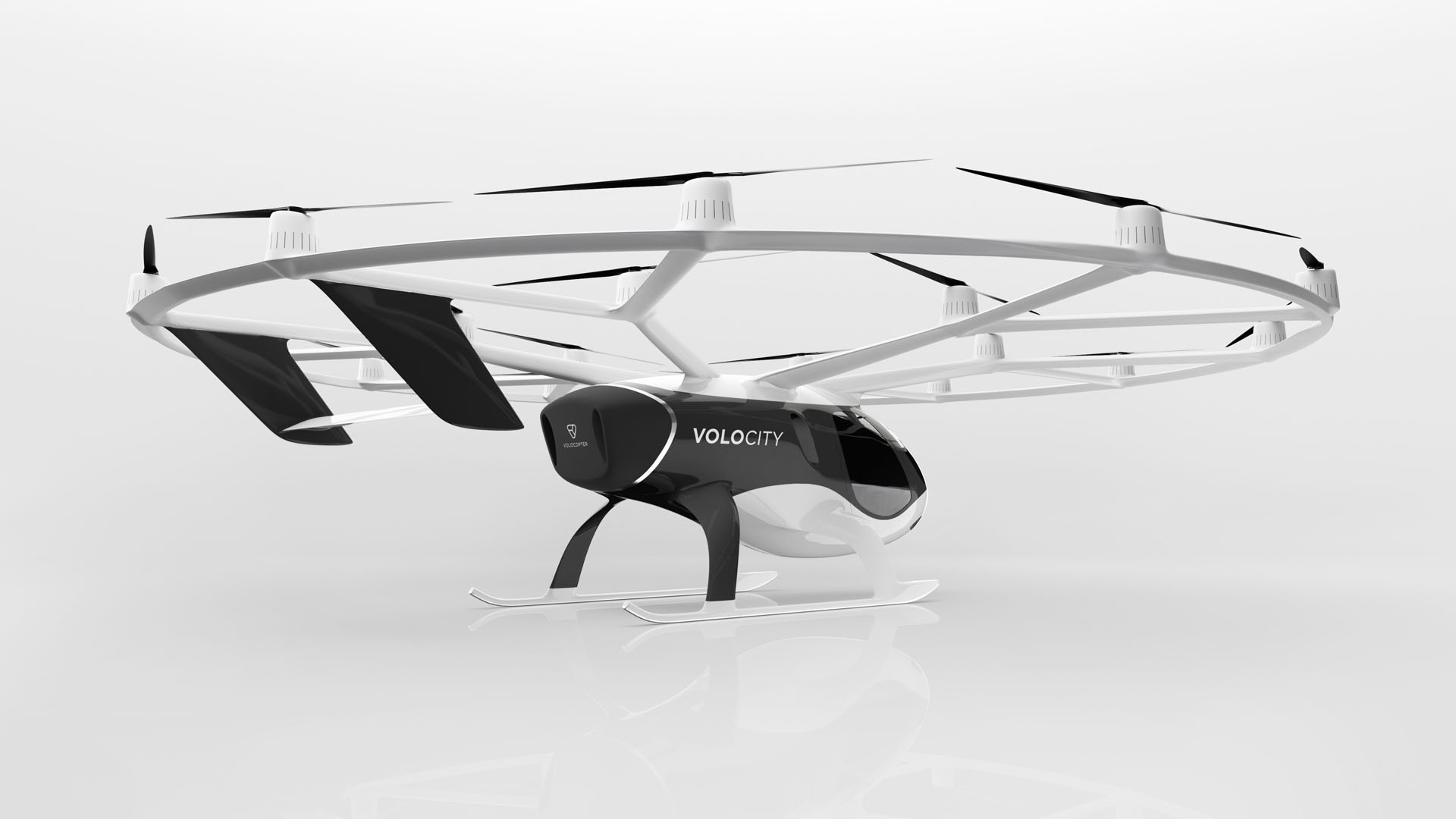 The VoloCity is a small, electrical take-off and landing aircraft (eVTOL) designed to get people between Point A and Point B in dense urban areas. It features 18 rotors, redundant systems for safety and a low noise signature. Compared to Volocopter’s previous designs, the latest VoloCity features a new stabilizer design that increases both stability and lift.

The VoloCity is designed to carry two people, but cargo space is limited to “hand luggage.” Needless to say, the VoloCity’s cockpit wasn’t designed for long journeys. And neither was its powertrain—the VoloCity has an electric range of 22 miles and a top speed of 68 mph, meaning flight time is limited to about 20 minutes.

“The VoloCity is our most powerful Volocopter yet. It is rigorously designed to meet the demands of urban air mobility and incorporates all requirements of the SC-VTOL certification standard established by EASA in July 2019,” said Florian Reuter, CEO of Volocopter. “With the VoloCity we will open the first commercial routes and bring urban air mobility to life.”

The VoloCity will make its first public test flight in Singapore during the fourth quarter of the year. At that time, Volocopter will also showcase its new VoloPort take-off and landing infrastructure, which will be needed for the widespread adoption of inner-city transport via the VoloCity.

Volocopter was among the first companies to successfully complete a manned flight of an electrically powered vertical take-off and landing aircraft in 2011 and has since seen investment from Daimler.