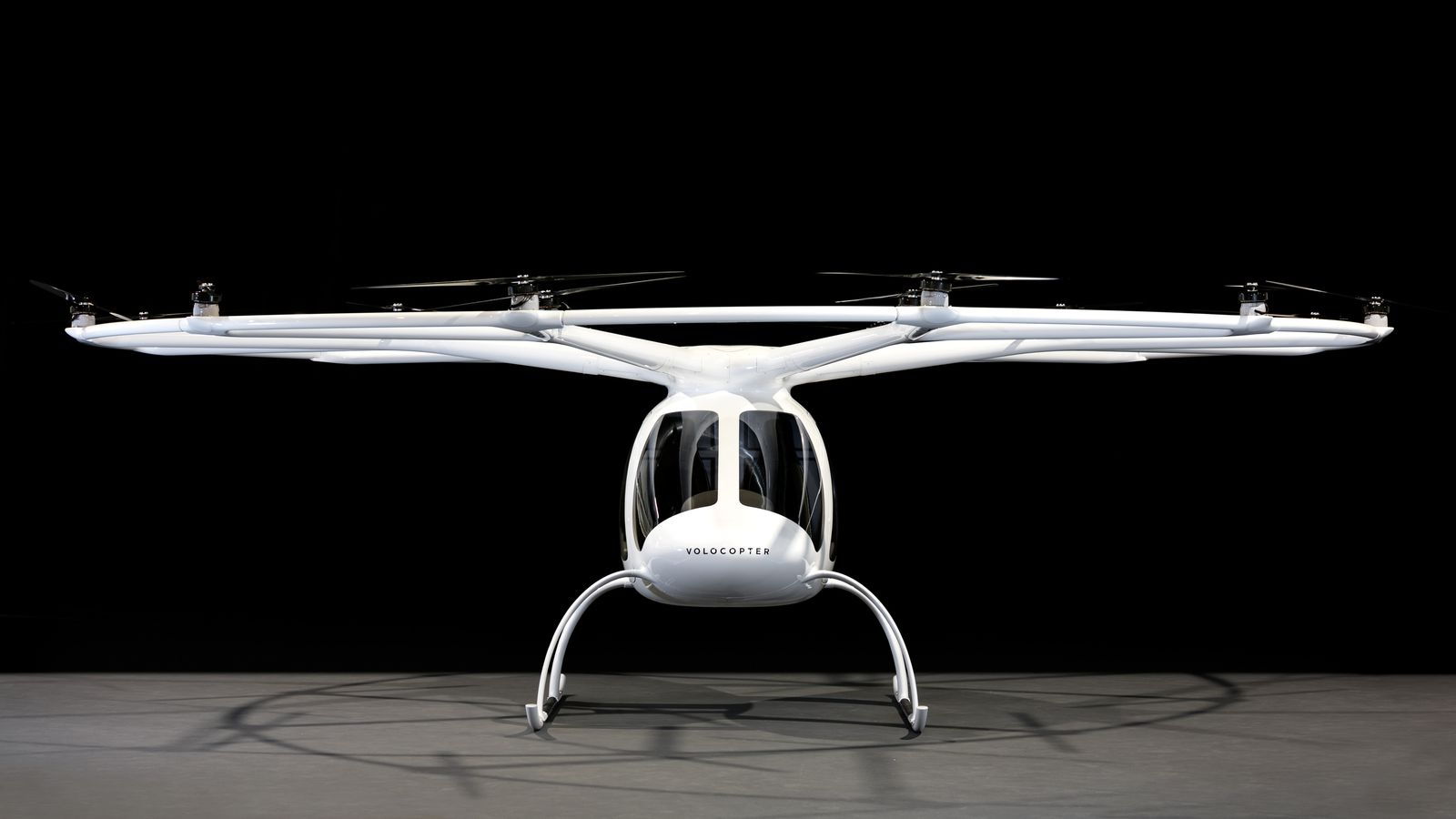 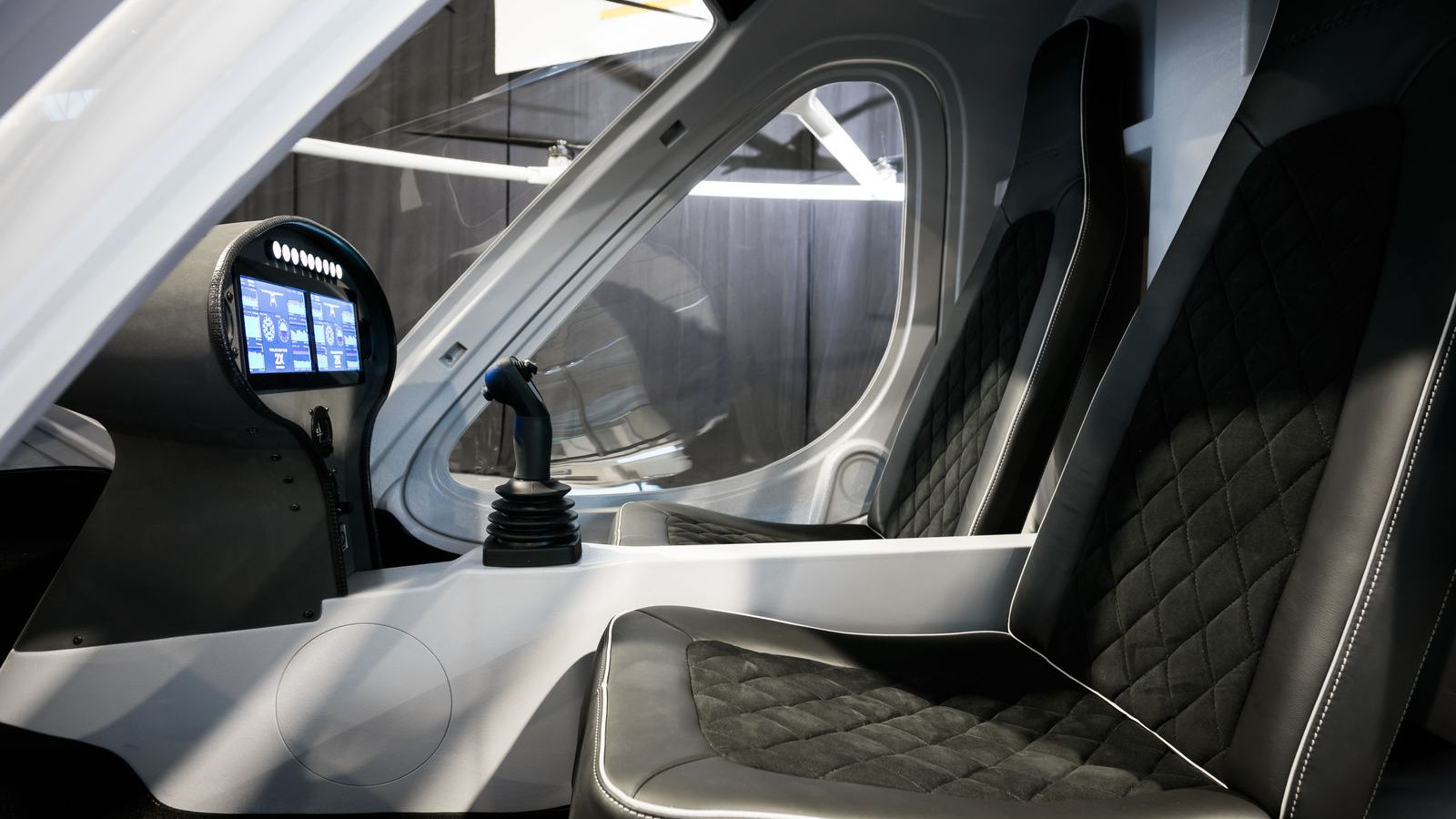 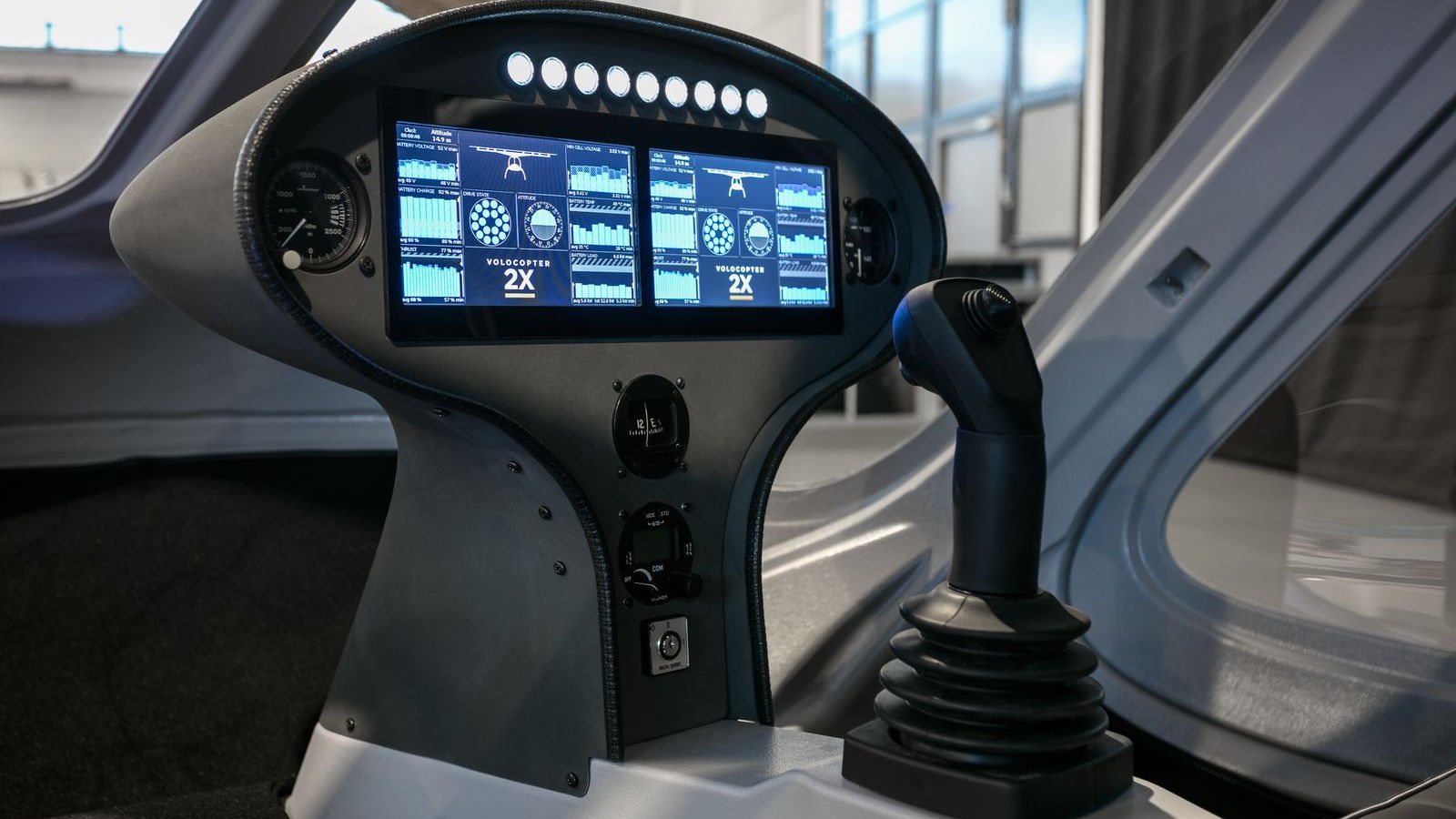 Ready for takeoff? E-Volo is. The German firm's design is the latest creation in a trend of VTOL (vertical take-off and landing) creations in the aeronautics industry, and it's called the 2X.

E-Volo is a start-up that has been working on electrically-powered "multicoptors" for a few years now, but this is the company's first production-bound unit. E-Volo is hopeful of starting production as early as next year.

The 2X is an evolution of the company's Volocopter prototype and was revealed at the recent event AERO, Europe's largest general aviation trade fair held in Friedrichshafen, Germany, It packs a carbon fiber composite body and 18—yes, eighteen!—rotors.

Despite this, passengers won't be going too far, per the 2X's specs. The multicoptor is only capable of going 17 miles at a top speed of 43 mph. Though, when taking it easy, maximum flight time is 27 minutes at E-Volo's claimed optimal speed of 31 mph, before the nine lithium-ion batteries call it quits and run out of juice. Mashing the throttle will get you up to 62 mph if range is of no concern.

Aesthetically, it's a pleasing thing to look at, this 2X. The interior cabin has been outfitted with a few premium touches to passengers' delight, and riders will have plenty of time to take it all in. E-Volo claims the 2X "allows for" remote controlled and autonomous flying. However, there is a traditional joystick and touchscreen to operate the aircraft manually.

Plenty of other companies are trying their hand at propelling transportation into the sky above. Dubai wants to start testing of autonomous taxi drones next year and AirBus just teamed up with Italdesign to visualize its own version of future travel.

But where will we see these personal aircraft units from E-Volo pop up first? The company says it plans to begin taxi pilot programs in 2018 while claiming NASA has expressed interest in the multicoptor to alleviate traffic congestion in Silicon Valley.

As for how much one will cost, we don't know. But maybe, just maybe, E-Volo will become a new sort of status symbol for the rich and famous, and a Mercedes-Benz three-pointed star will be so last decade.