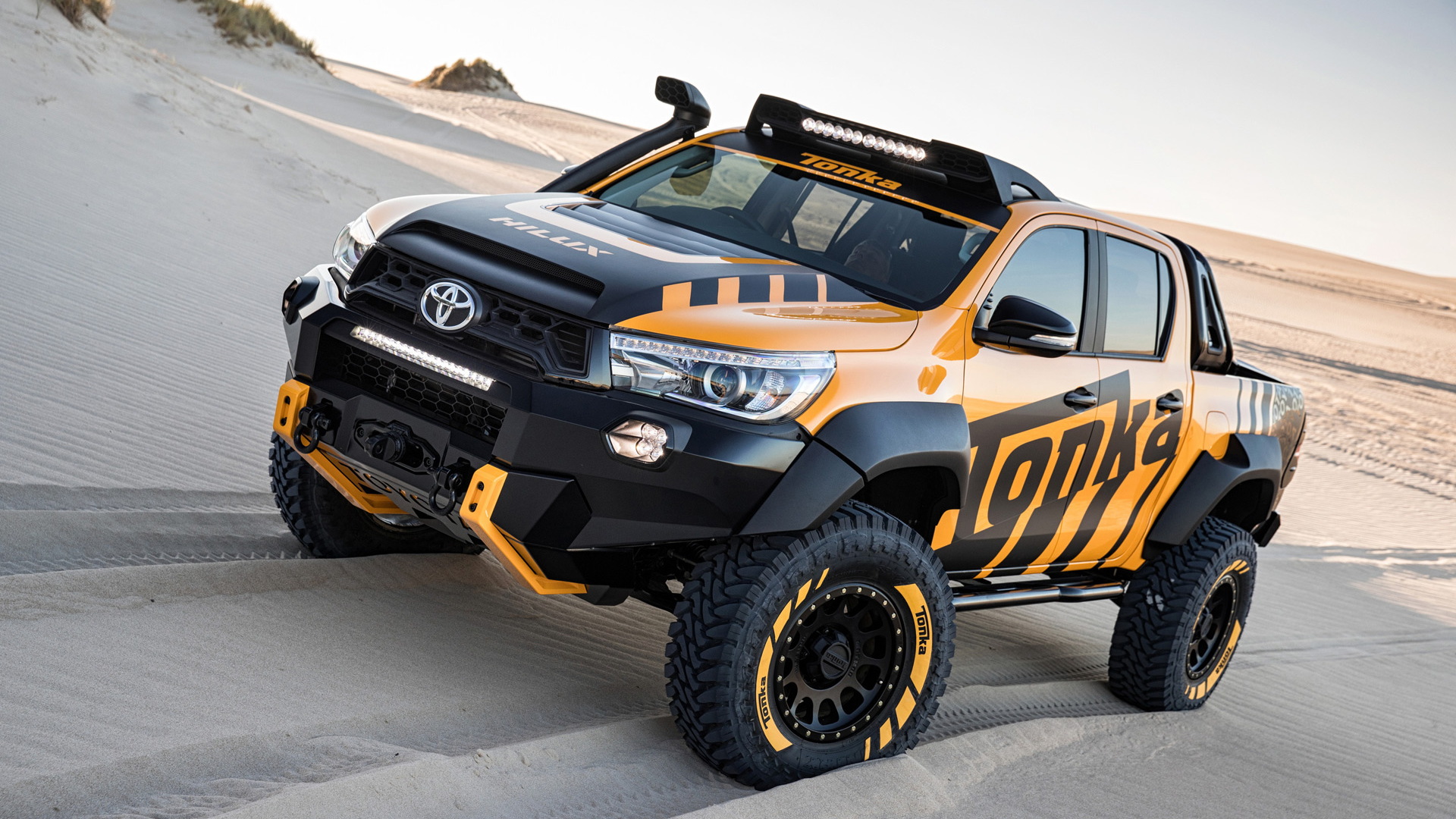 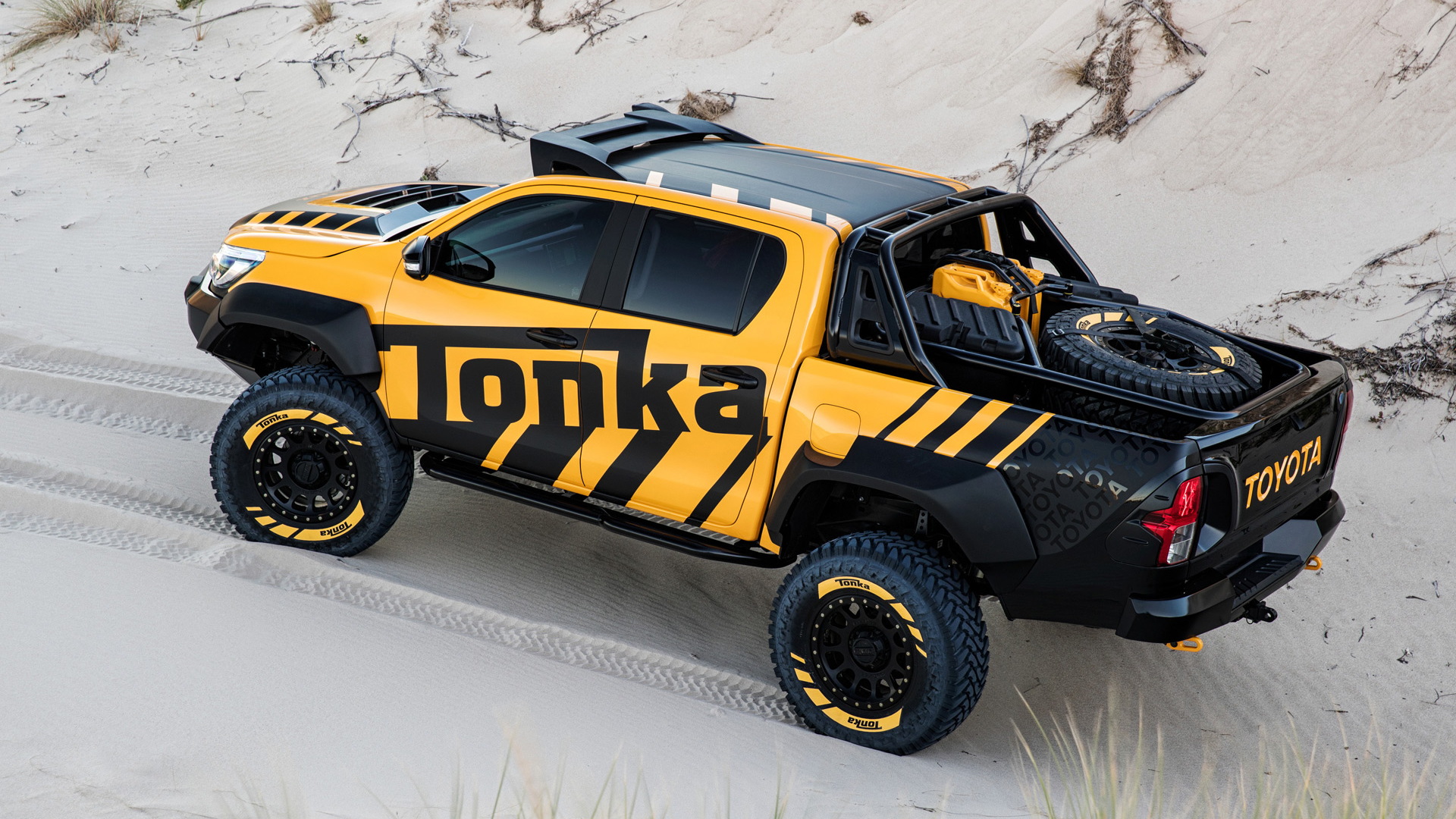 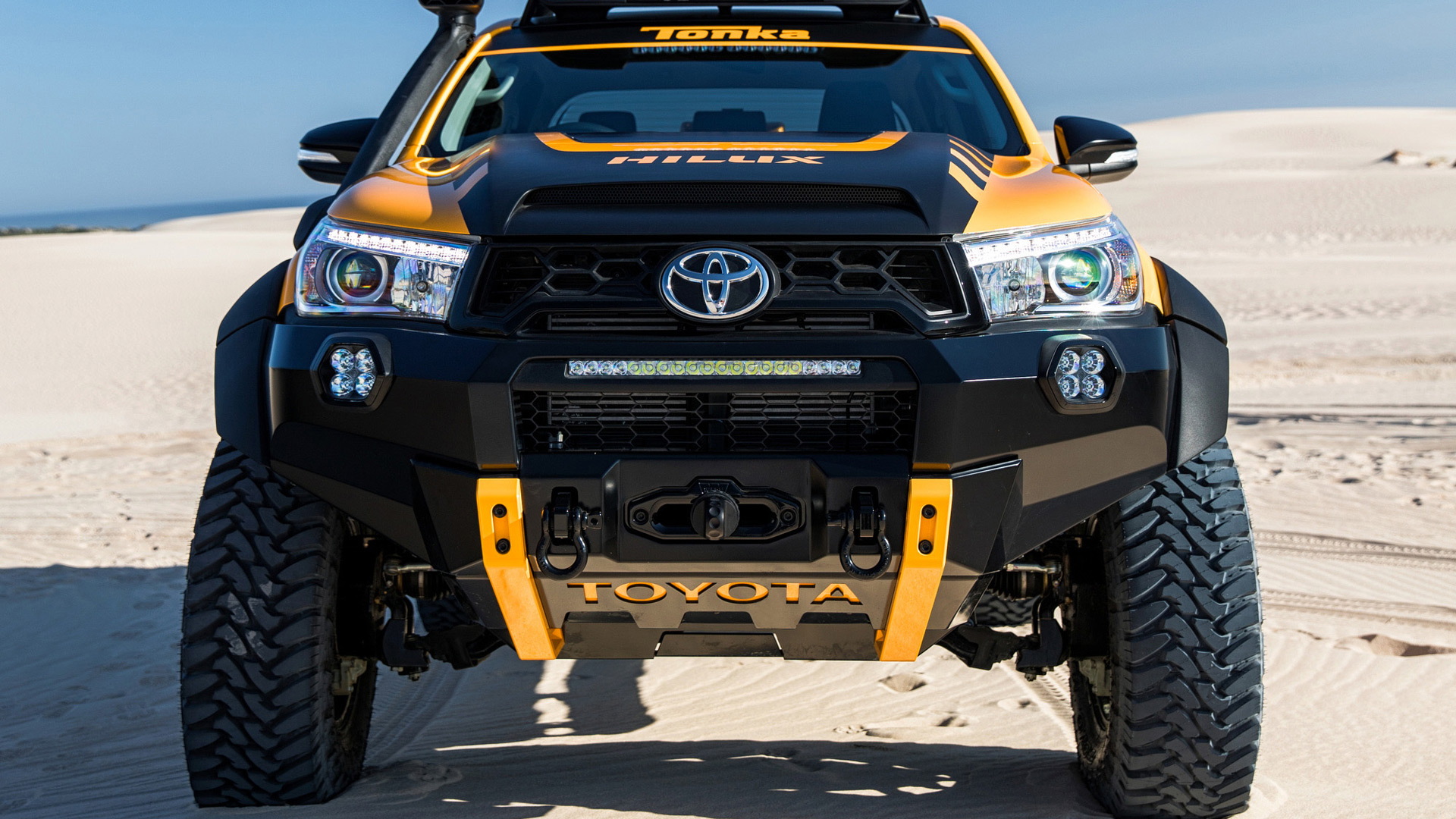 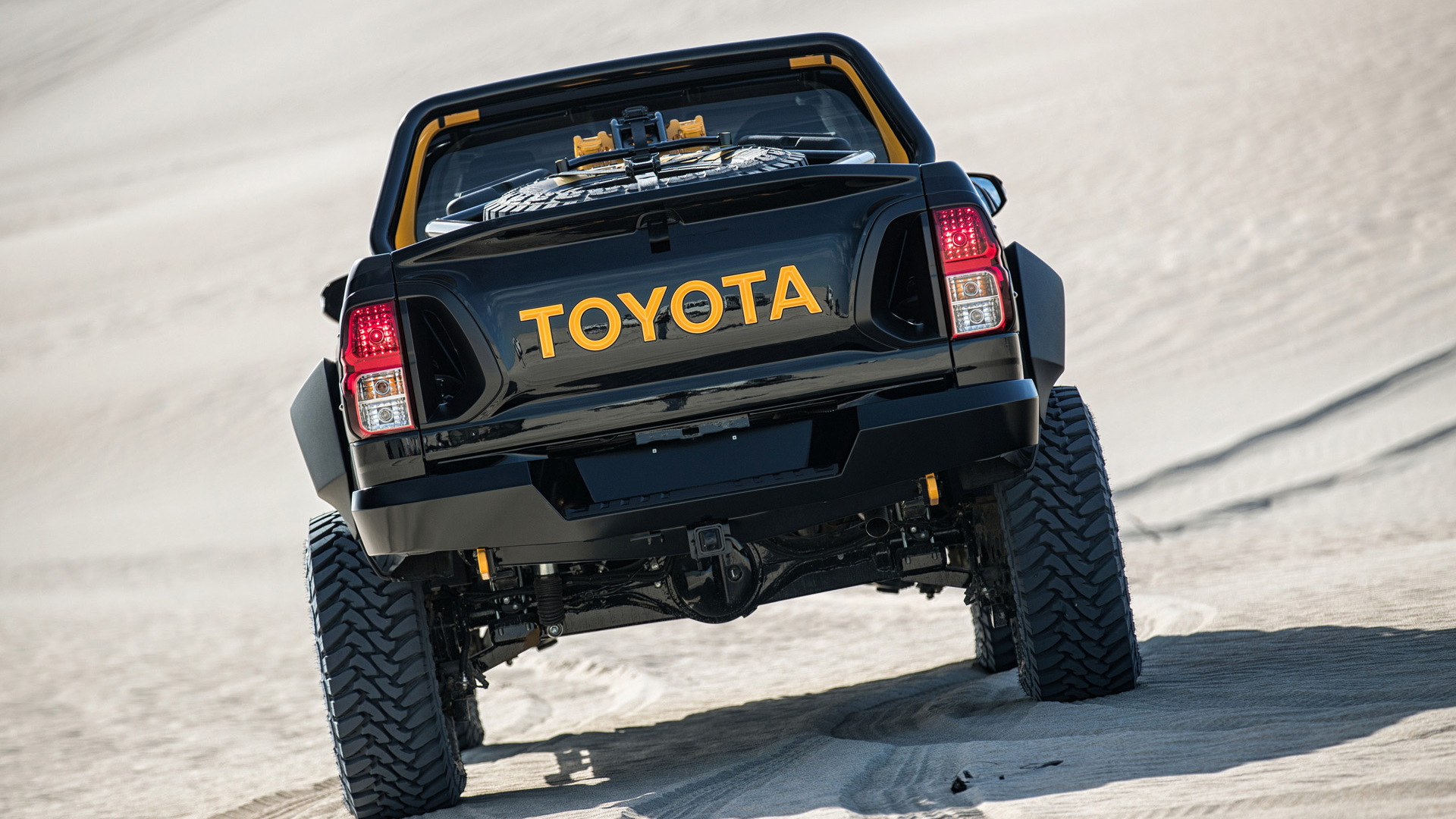 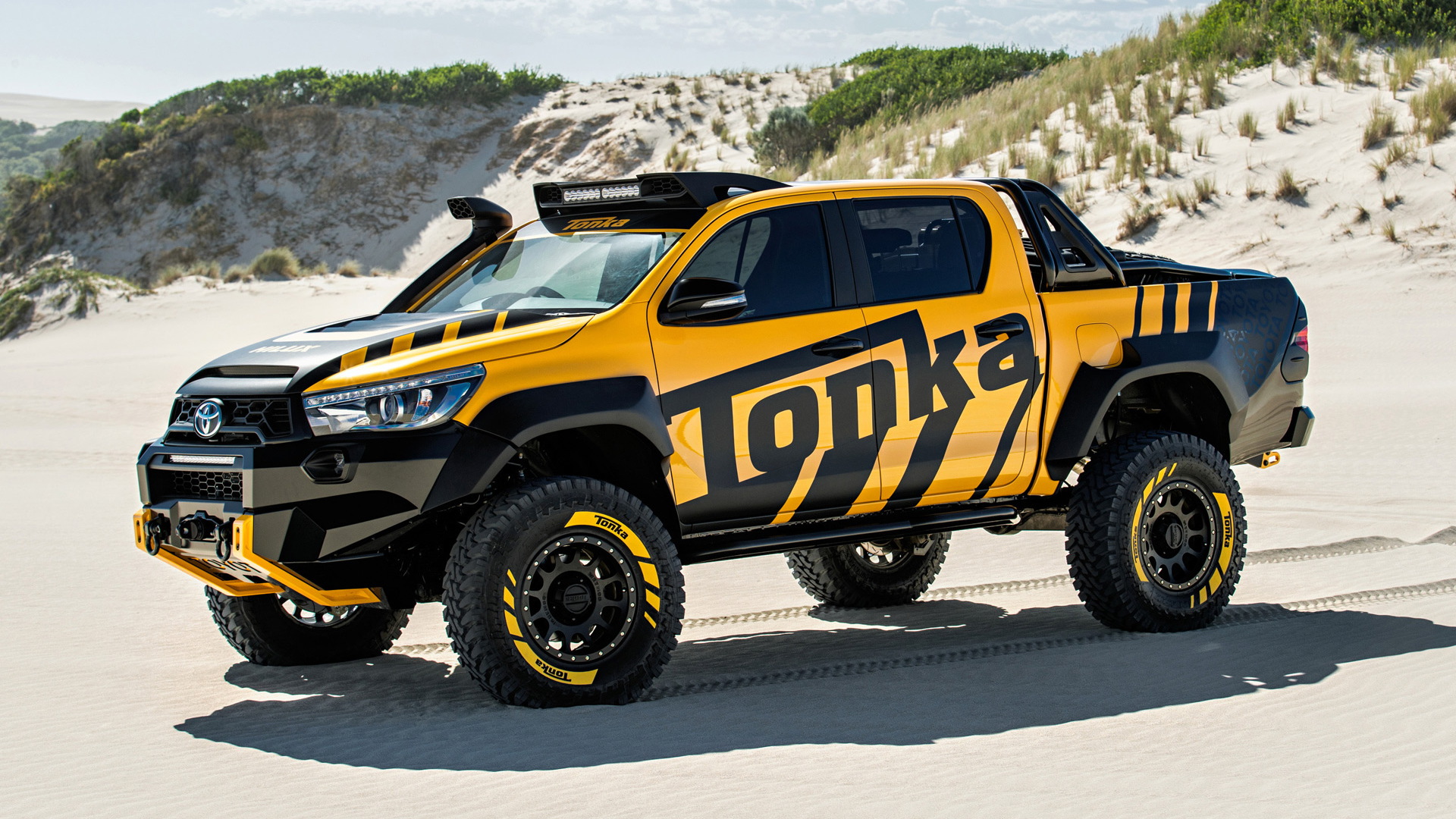 North Americans may not be well acquainted with the Toyota Hilux, but elsewhere in the world it’s been a pickup truck staple since its inception decades ago. And Toyota decided to celebrate its 80th birthday this year with a special iteration of the popular Hilux.

Coincidentally, it just so happens to also be Tonka’s 70th birthday, and to mark the occasion Tonka and Toyota have collaborated on what you see here: the Toyota Hilux Tonka concept. It doesn’t simply look really cool; it’s really capable, too.

Toyota has raised the ride height of the concept nearly six inches over a standard Hilux and fitted massive 35-inch tires at each corner. The result is a seriously imposing stance, thanks also in part to the power bulge on the hood. There’s nearly a quarter-of-an-inch-thick bash plate and plenty of LED lighting to up the Hilux’s off-road capability to boot—because it wouldn’t be truly Tonka tough without these things.

Toyota also added plenty of carbon fiber elements for the concept, utilizing the material for the hood and tailgate. A spoiler and air vents add to the brash looks. The features are plenty functional, too, and are joined by a removable tubular frame to help secure fuel cans, plus a spare wheel, fire extinguisher and other various storable items.

Powering the Hilux Tonka concept is a turbocharged 2.8-liter inline-4 diesel engine from the Hilux SR5 production truck. The engine cranks out 174 horsepower and 331 pound-feet of torque.

Much like our favorite Tonka toys of yore (which we always wished were real), Toyota has no plans to bring the concept to production. However, enthusiasts will be able to grab a look at the Hilux Tonka concept at various shows and expos across Australia, where it was developed.