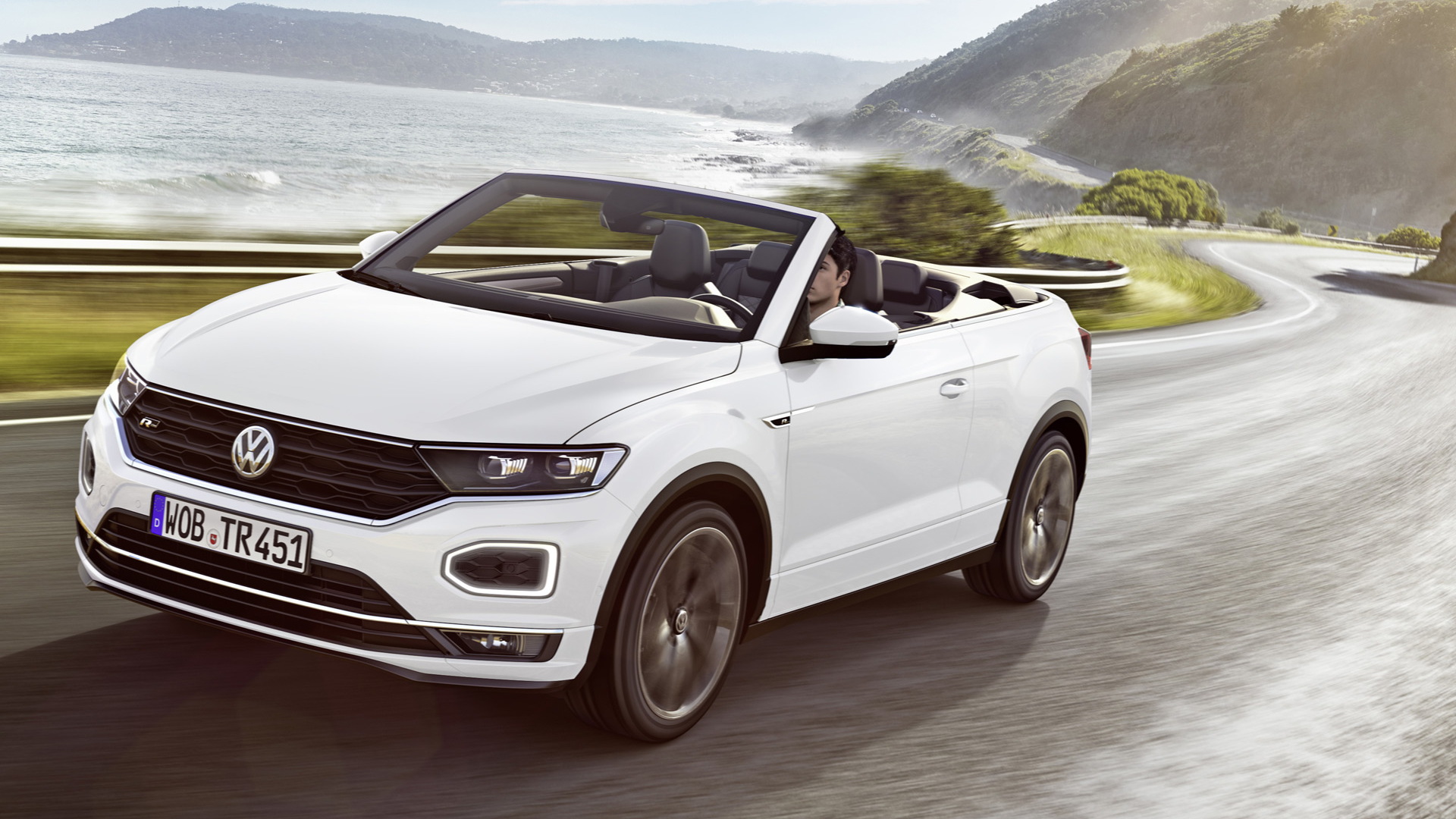 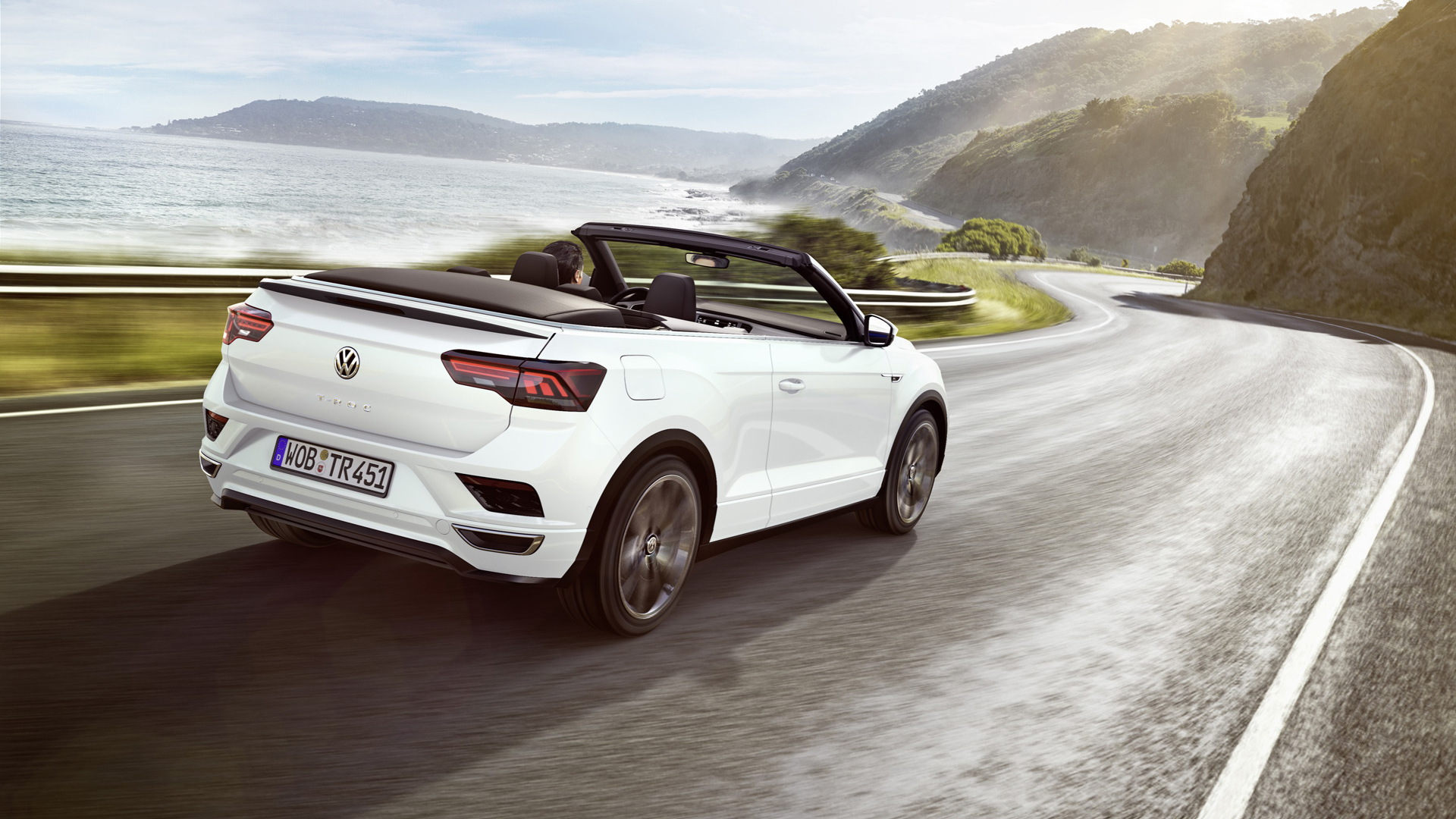 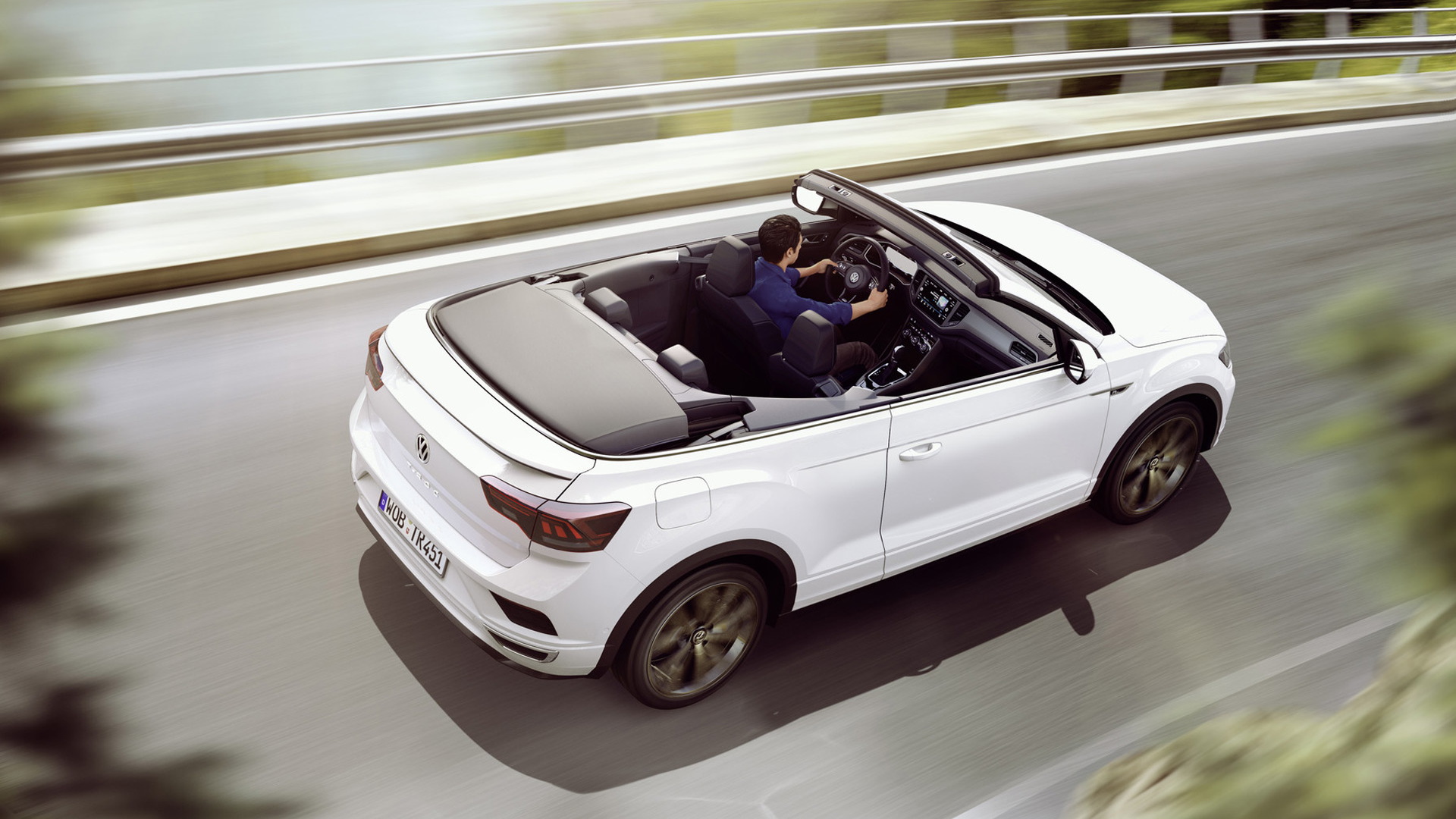 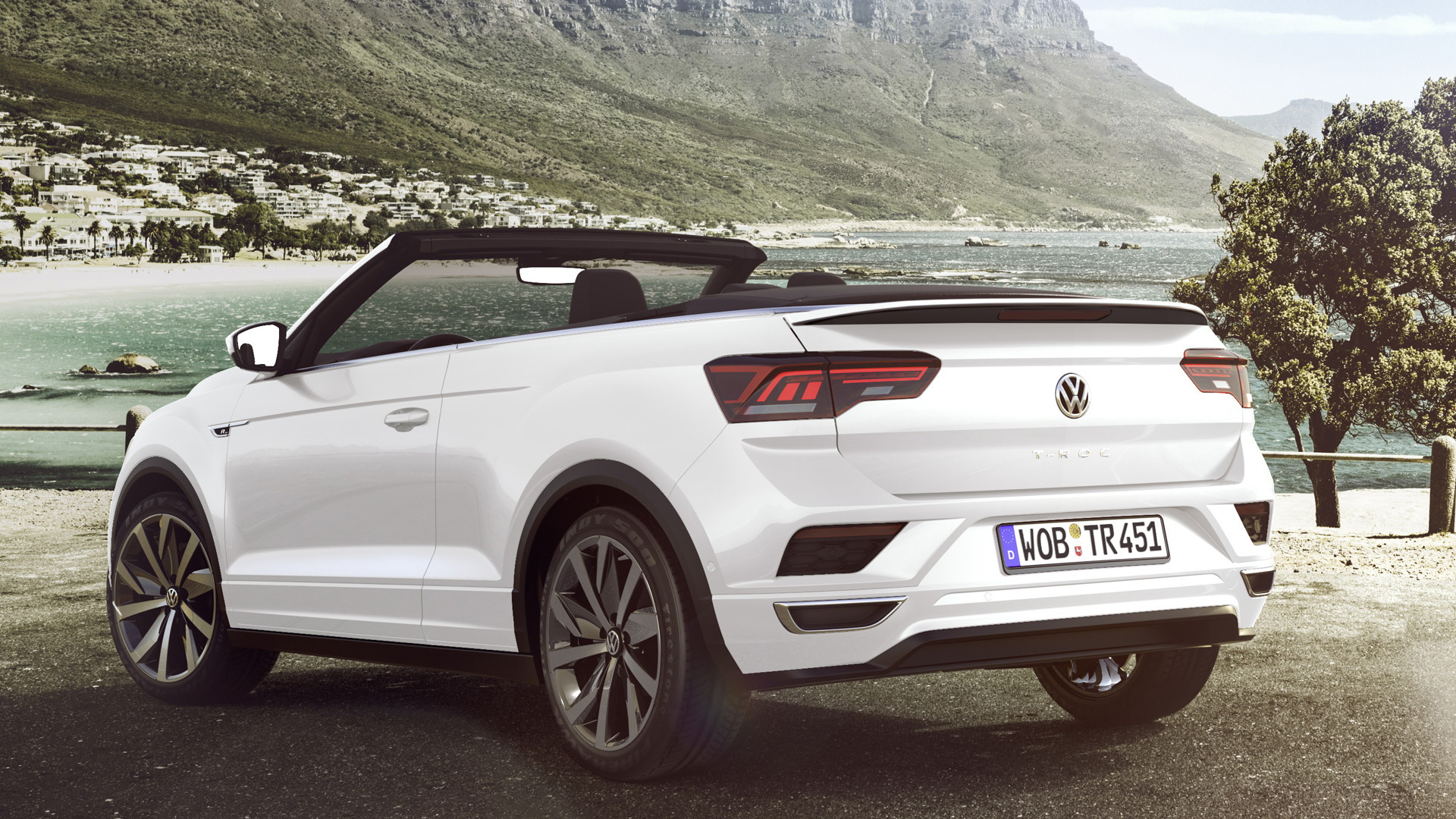 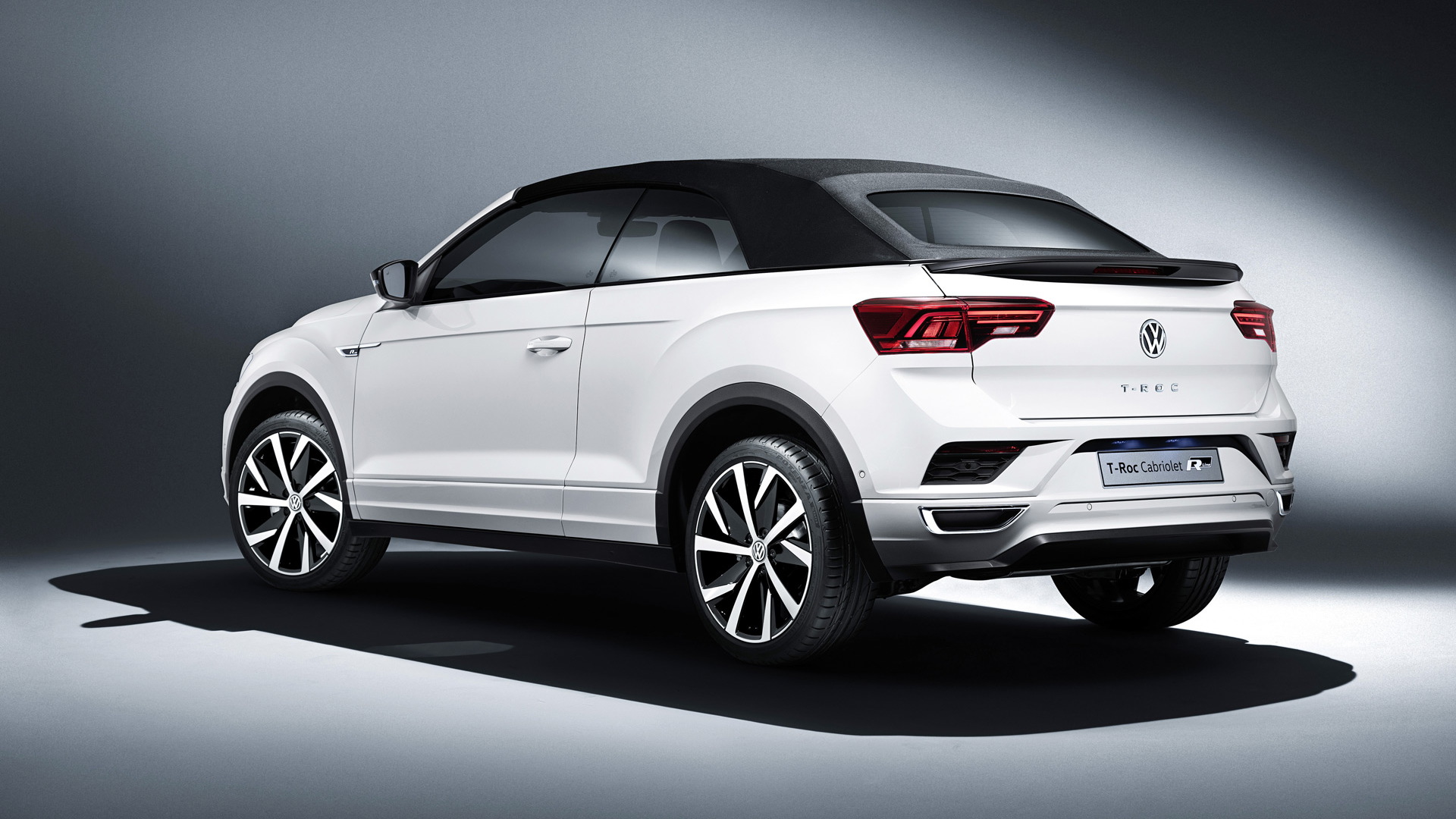 An open-top version of Volkswagen's trendy T-Roc was unveiled on Wednesday ahead of a formal debut in September at the 2019 Frankfurt International Motor Show.

The T-Roc is a compact crossover SUV based on Volkswagen Group's flexible MQB platform. It isn't sold in the United States so don't count on this open-top version appearing in local dealerships anytime soon. 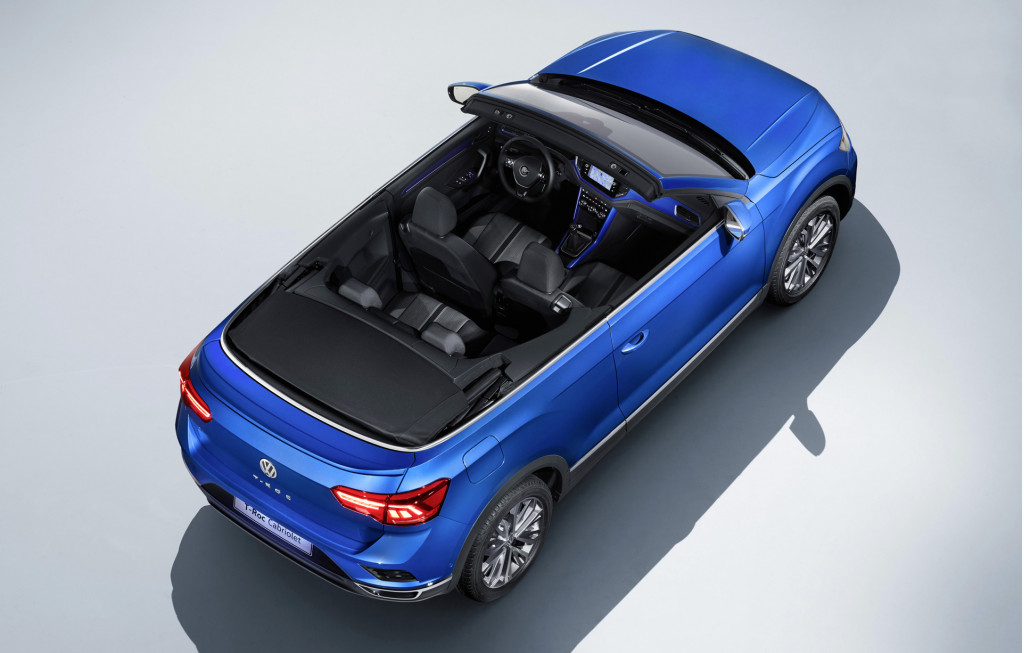 Elsewhere, the open-top T-Roc, dubbed a T-Roc Cabriolet, will go on sale in the first half of 2020 as a replacement for the recently discontinued Beetle Cabriolet and Golf Cabriolet. It will be produced at VW's plant in Osnabrück, Germany.

Compared to the regular T-Roc, the convertible sees the basic design change from four doors to two, the roof is a cloth unit, and the rear end is slightly altered with a small spoiler. The fully automatic roof needs just nine seconds to open and can be operated at speeds of up to 18 mph. Protective bars will eject from the rear in case of a rollover. 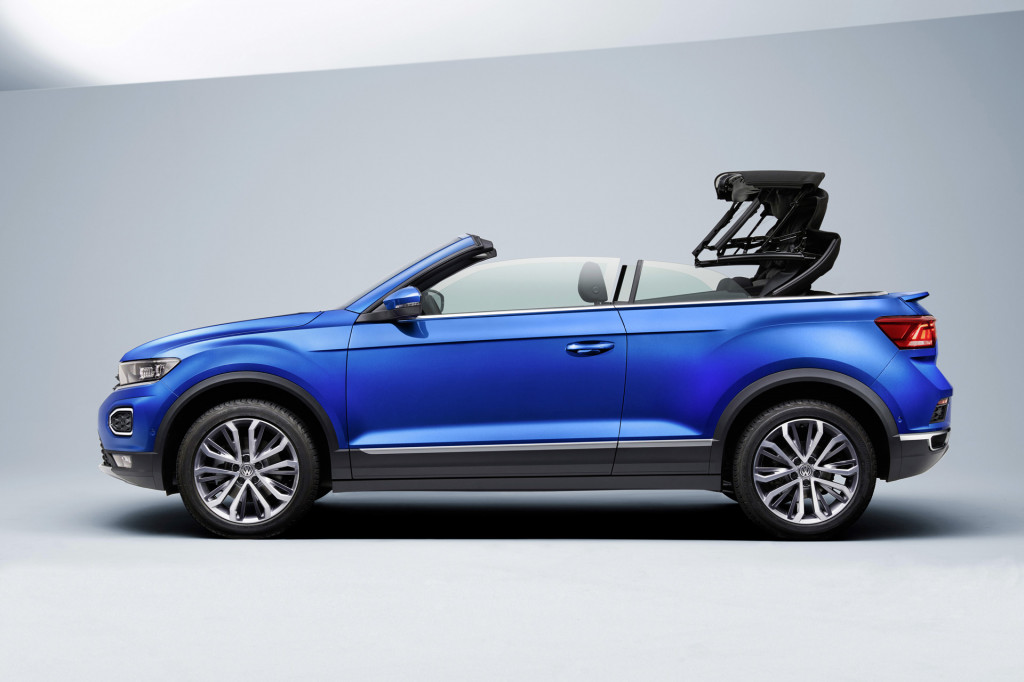 Buyers will be able to choose from 1.0- and 1.5-liter engines delivering 115 and 150 horsepower, respectively. T-Roc fans looking for more thrills can opt for the T-Roc R. This one packs the Golf R's 2.0-liter engine, rated at 296 hp.

The only competition for the T-Roc Cabriolet is Land Rover's Range Rover Evoque Convertible. However, BMW could join the fray with an open-top version of its X2.

While VW has no plans to bring the T-Roc to the U.S., the automaker isn't ignoring the compact crossover segment here. Instead it's developing a separate nameplate for our market that will be styled like the mid-size Atlas and produced in Mexico from 2020.

The Frankfurt auto show starts Sept. 10 and will also see the debut of the highly anticipated VW ID 3 electric hatch. To learn about some of the other vehicles set to appear, head to our dedicated hub.