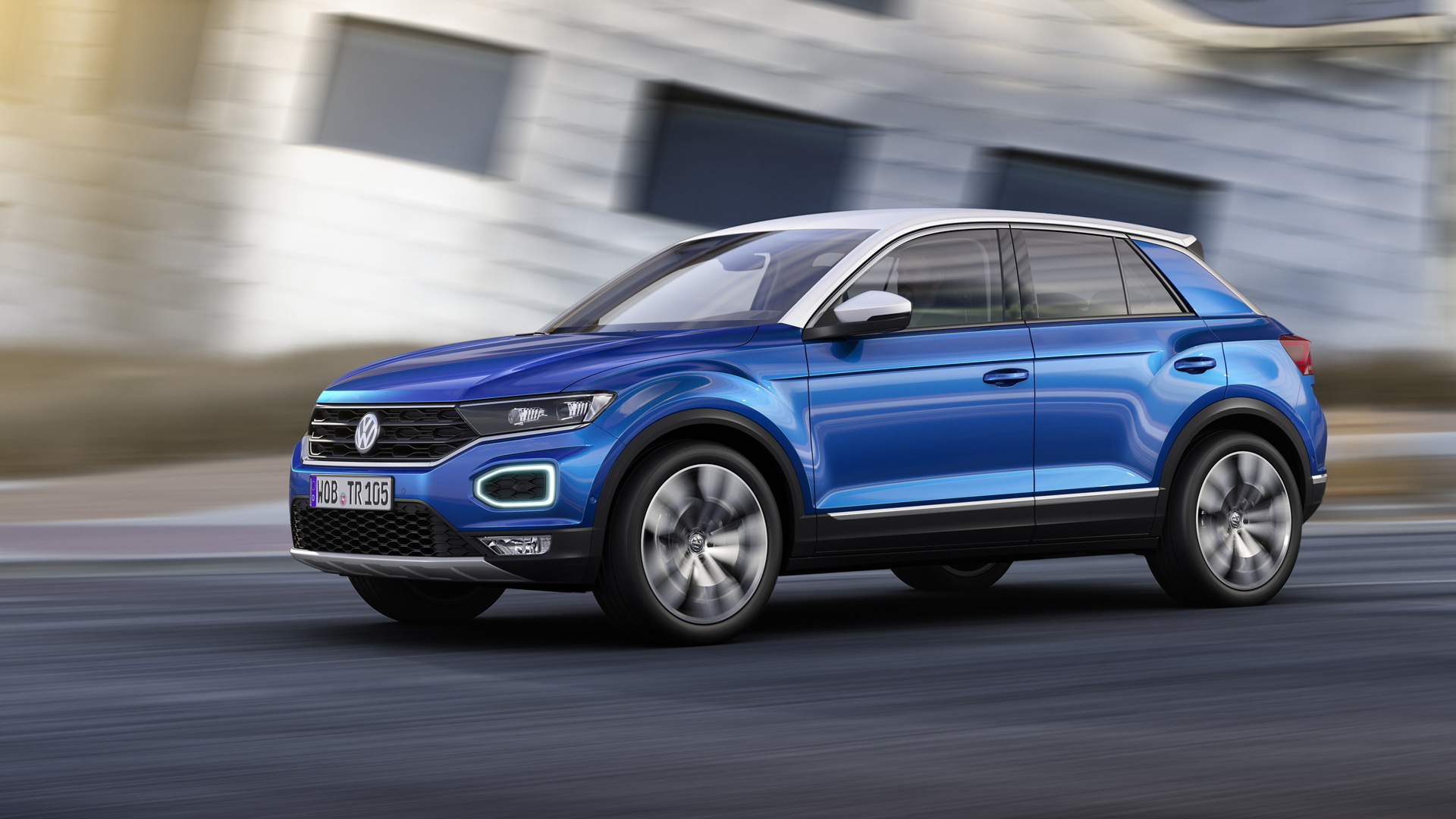 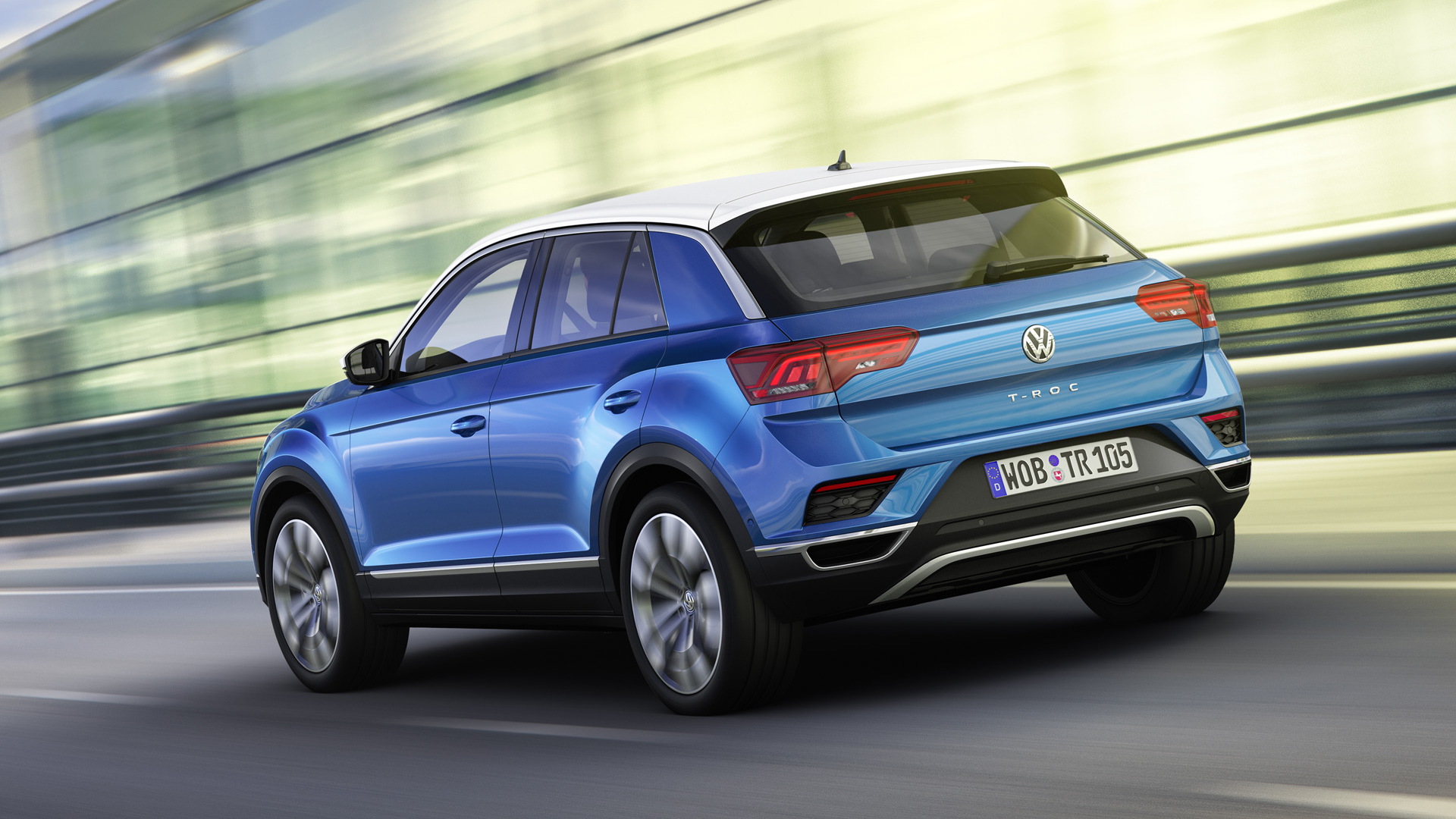 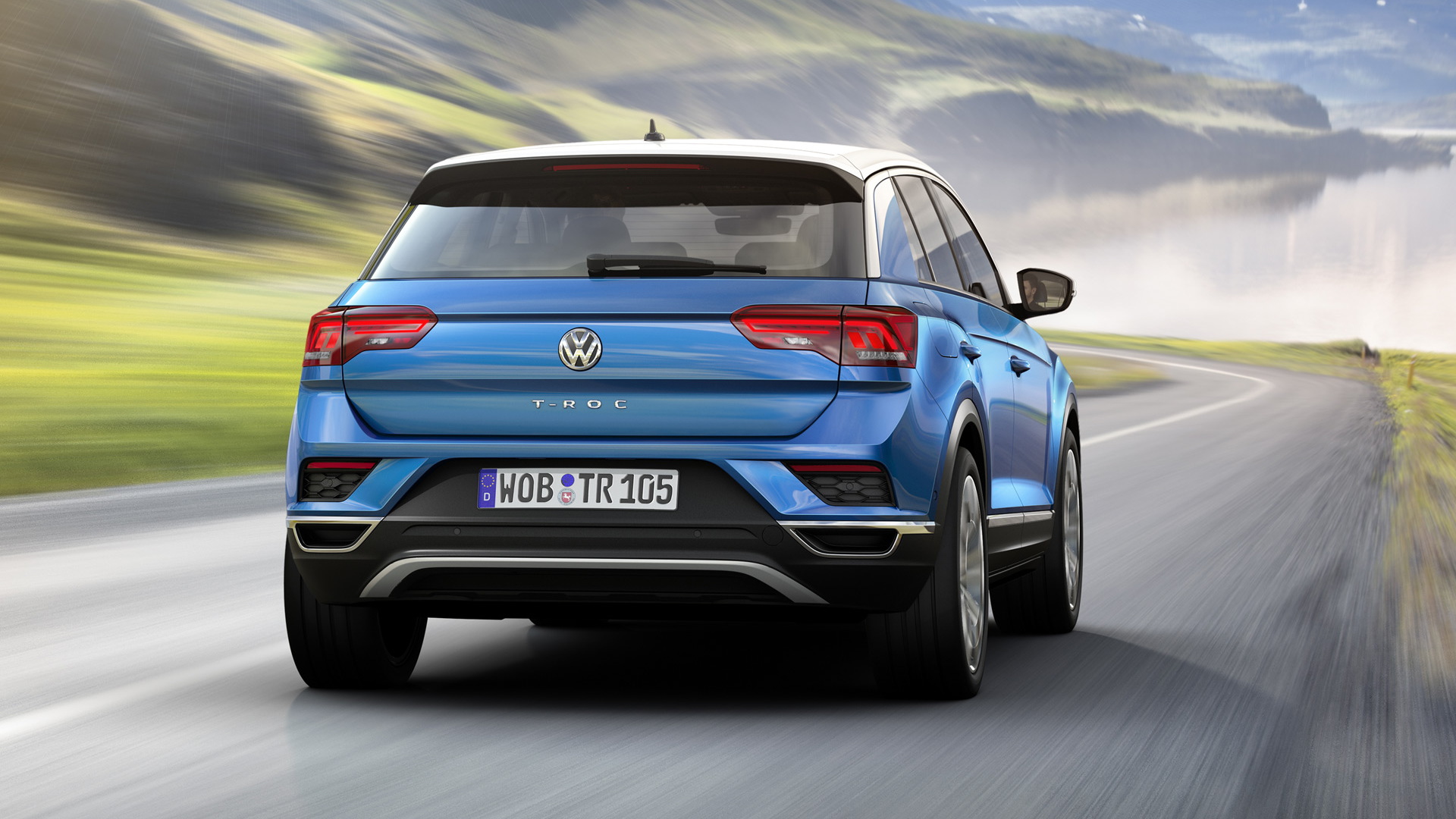 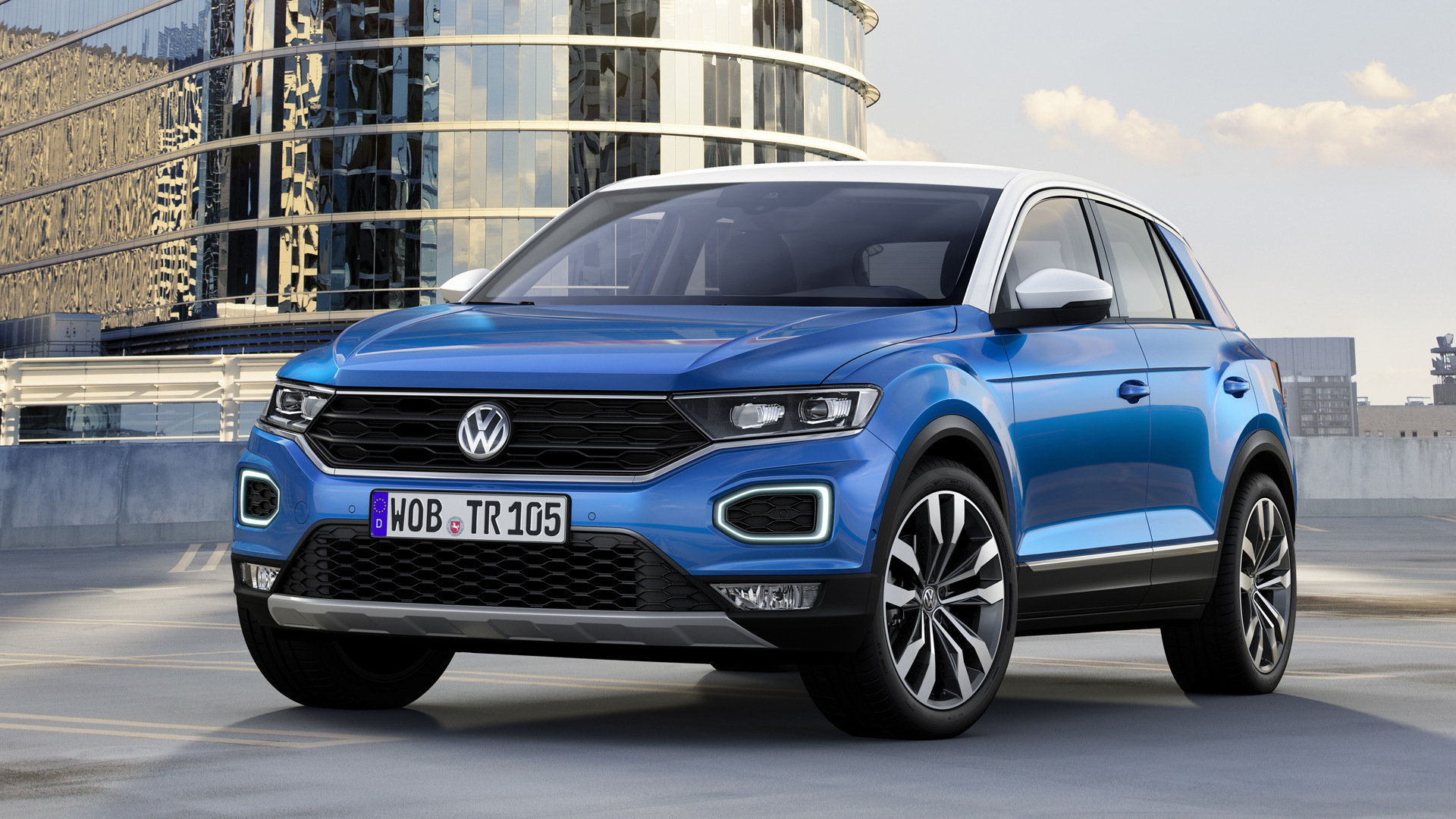 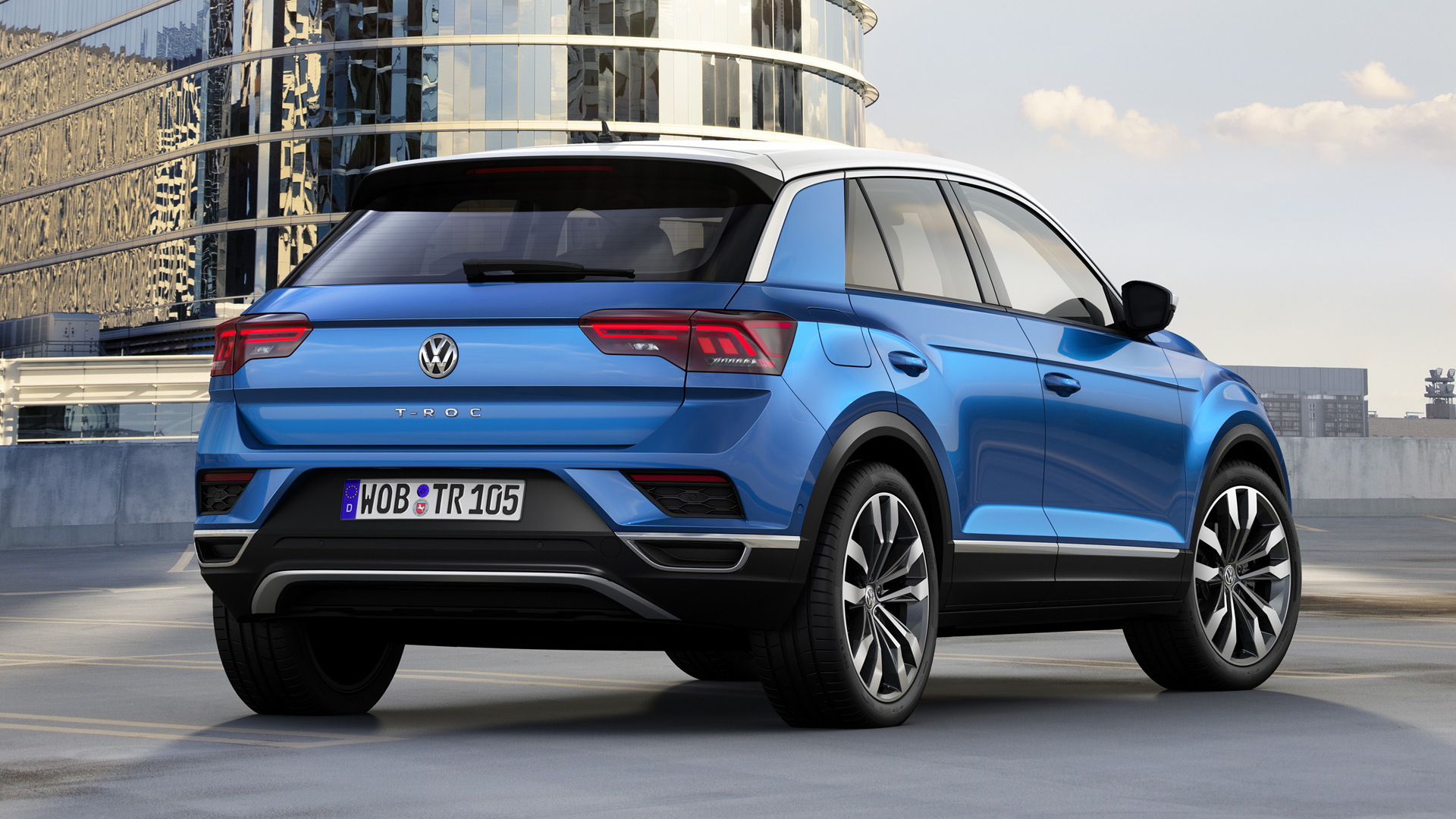 Volkswagen’s SUV onslaught continues with the reveal this week of the T-Roc.

The funky compact crossover SUV was first previewed in 2014 by a concept of the same name. Now the production version has been revealed just a few weeks out from the world debut at the 2017 Frankfurt auto show in Germany.

The T-Roc enters a crowded segment, though VW hopes it will stand out by a combination of functionality, dynamic handling and technology. The T-Roc also benefits from more expressive styling compared to VW’s other SUVs. For example, it has an arching, coupe-like roof and buyers have the option of selecting various colors for this separate to the body.

Underpinning the T-Roc is the Volkswagen Group’s flexible MQB platform found in cars like the Golf and even the mid-size Atlas. The T-Roc is a close relative of the Audi Q2, though the VW has a distinct look to set it apart from its more expensive sibling. An interesting element is the combination indicator/daytime running light that forms a ring around the intakes beneath the headlights.

The T-Roc will also be offered with a full suite of electronic driver aids. Even in base trim, you’ll find useful items such as forward collision warning, pedestrian detection, automatic emergency braking, and lane keep assist.

The T-Roc’s arrival follows the introduction of new Atlas and Tiguan SUVs earlier this year. The T-Roc won’t be offered in the United States, though. Instead, we’ll get another tiny SUV, most likely a subcompact offering based on 2016’s T-Cross Breeze concept.

VW is also expected to skip our market for its redesigned Touareg. The current Touareg has just been dropped in the U.S. and VW is quiet on plans for the soon-to-be-revealed successor.

Hopefully we’ll learn more on VW’s SUV plans at the debut of the T-Roc at the Frankfurt auto show. The show gets underway on September 12. For more coverage, head to our dedicated hub.