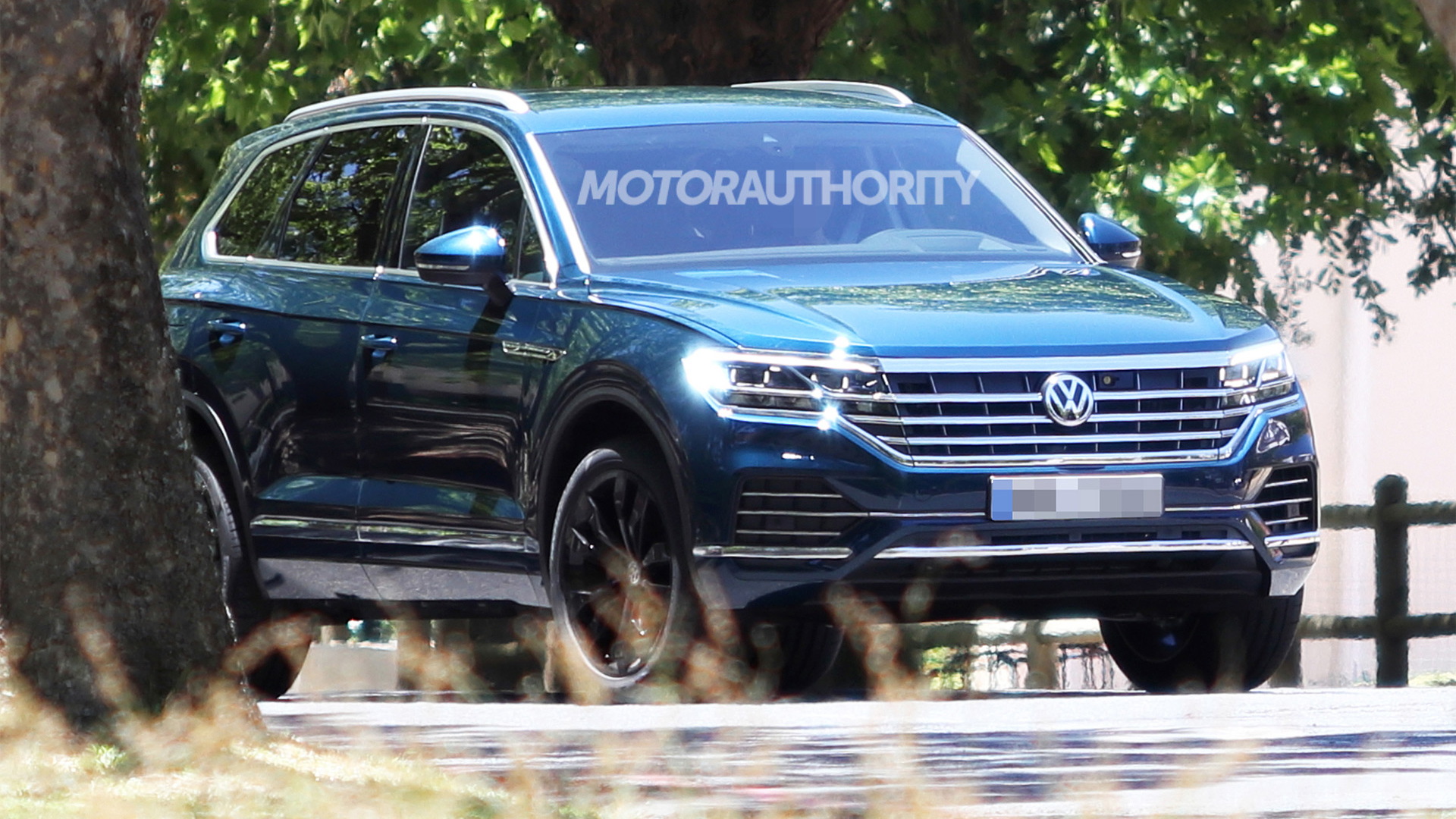 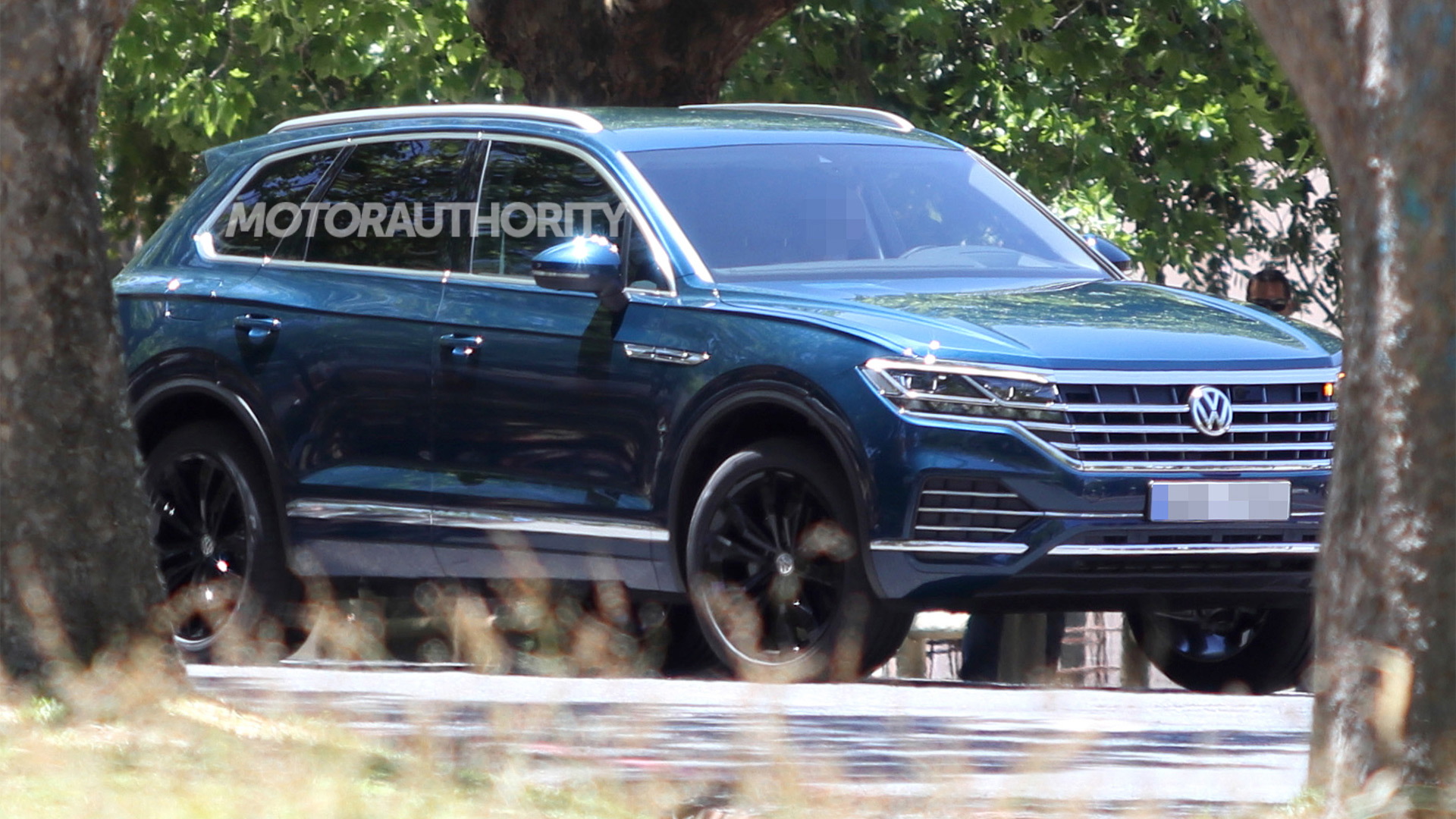 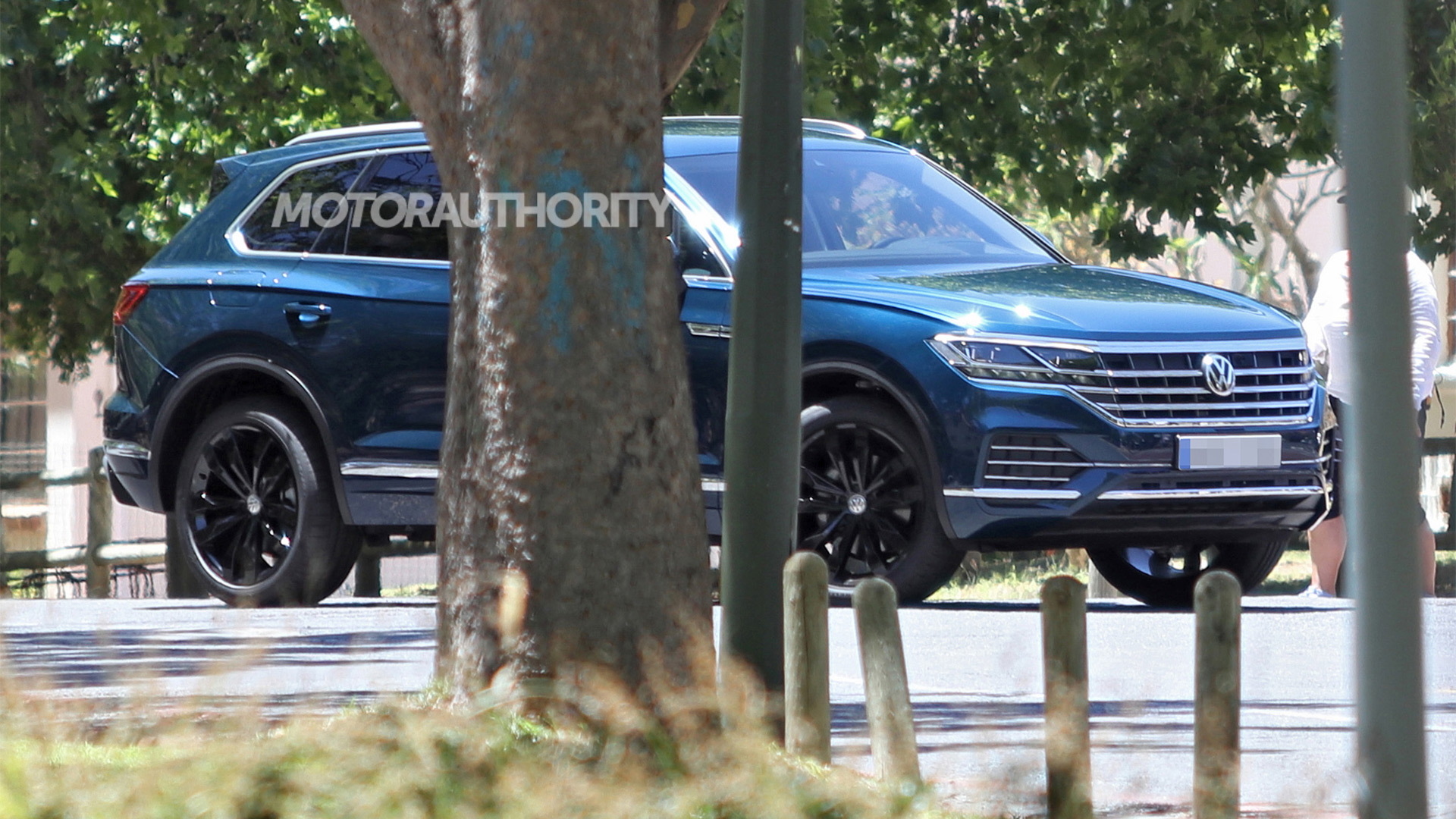 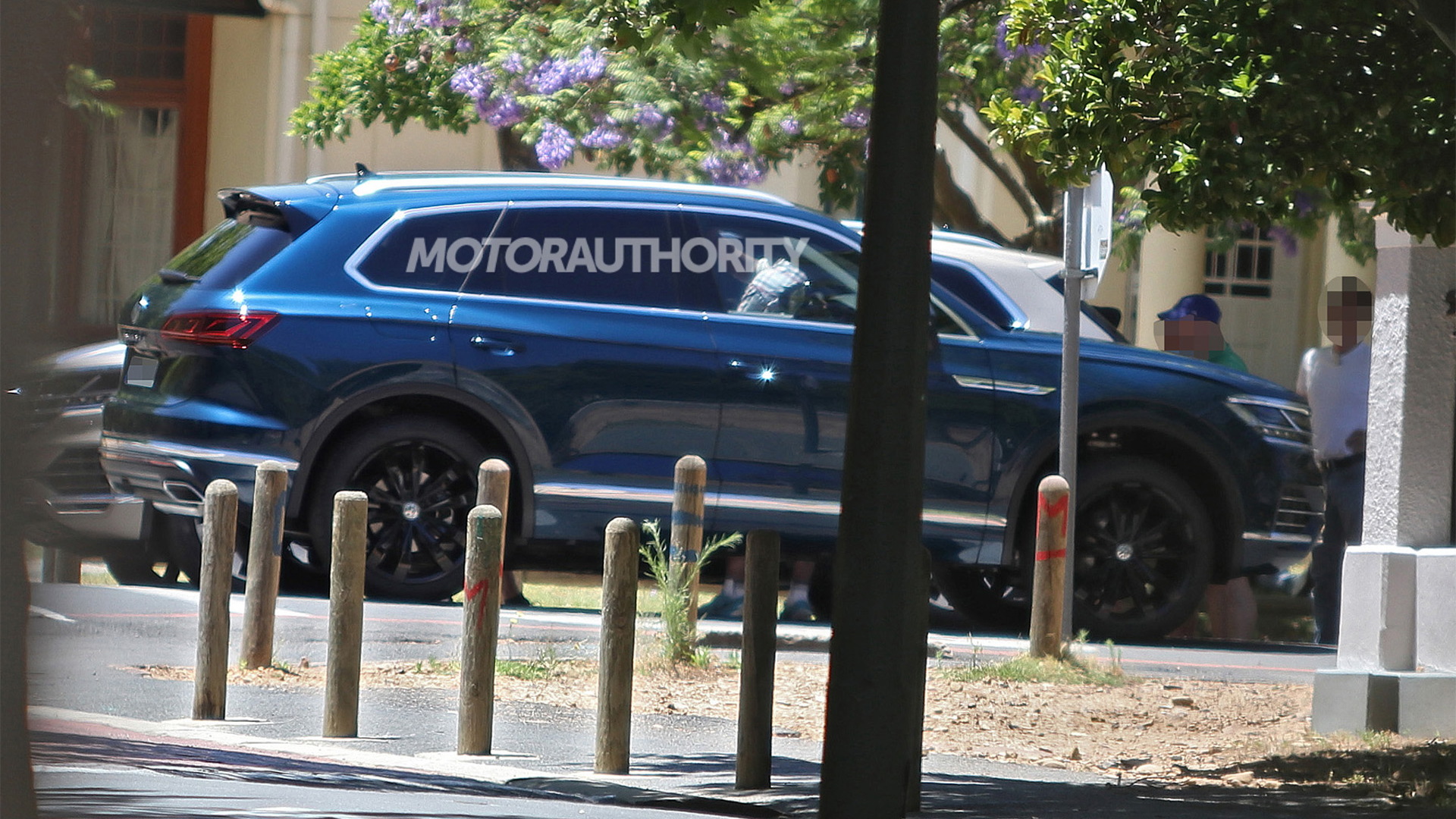 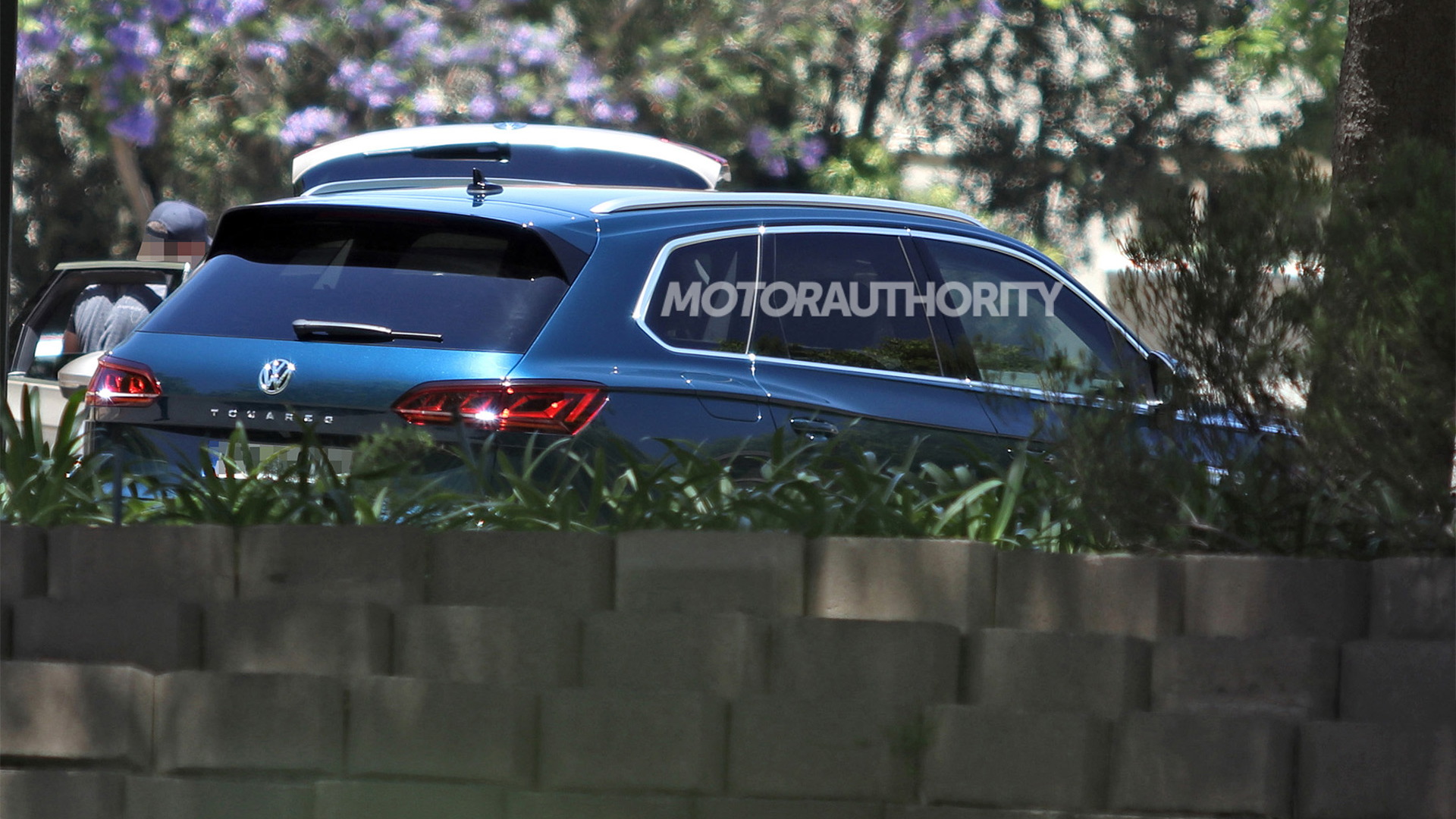 Volkswagen is in the midst of an SUV onslaught that will see existing models like the Tiguan and Touareg not only redesigned but joined by several all-new models.

The next SUV from VW will be a redesigned Touareg, a completely undisguised version of which has just been spotted.

Compared to the Atlas, also a mid-size SUV, the Touareg isn’t quite as long, which makes sense as it will remain a 5-seater while the Atlas comes standard with seven seats. Furthermore, the character lines along the sides of the vehicle sit above the door handles while on the Atlas they are below the handles.

The platform is the SUV version of the Volkswagen Group’s MLB design, common to the Audi Q7, Bentley Bentayga, Lamborghini Urus and Porsche Cayenne. The flexible platform is also tipped to underpin a new full-size VW SUV based on the T-Prime Concept GTE from the 2016 Beijing auto show.

The redesigned Touareg looks to have adopted a wider, more dynamic look than the outgoing model. We also expect it to be lighter and feature a more upmarket interior. New tech goodies should include a digital instrument cluster as well as some driver assist systems and perhaps even some semi-autonomous tech.

It’s too early to talk specifics but we could see an inline-4 introduced as the base option. Above this should be a V-6 and eventually a plug-in hybrid option. The standard transmission should continue to be an 8-speed automatic.

Look for the redesigned Touareg to debut at the 2018 Beijing auto show next April. Sadly, the vehicle isn't expected in the United States as VW is fully focused on the locally made Atlas here. The current Touareg was already dropped from the market here after the 2017 model year.

VW fans still desiring a mid-size SUV but don’t want the family-oriented Atlas can look forward to a new offering from the German automaker. A second SUV is confirmed for production at VW’s plant in Chattanooga, Tennessee and is believed to be a production version of 2015’s Cross Coupe GTE concept.