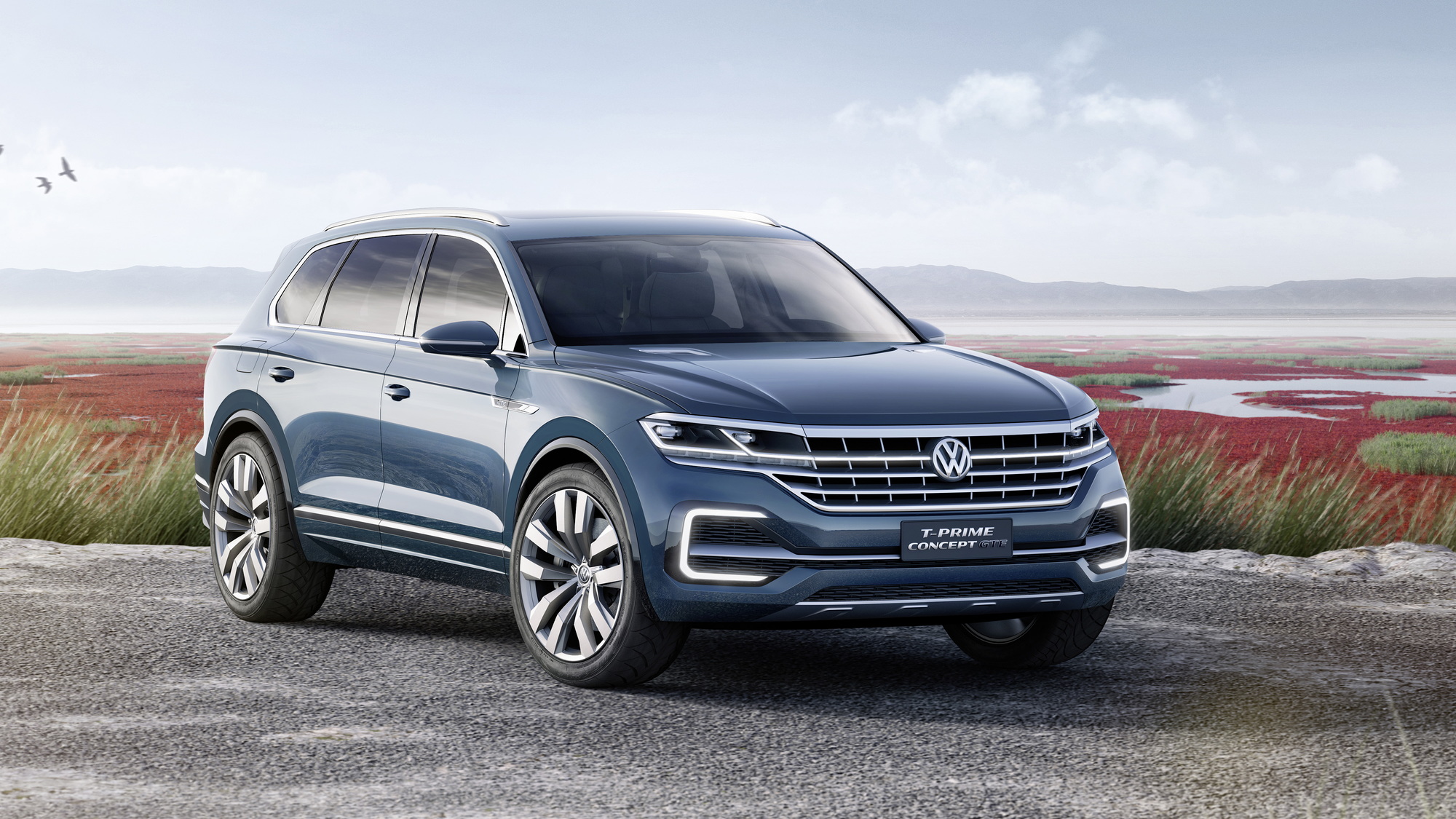 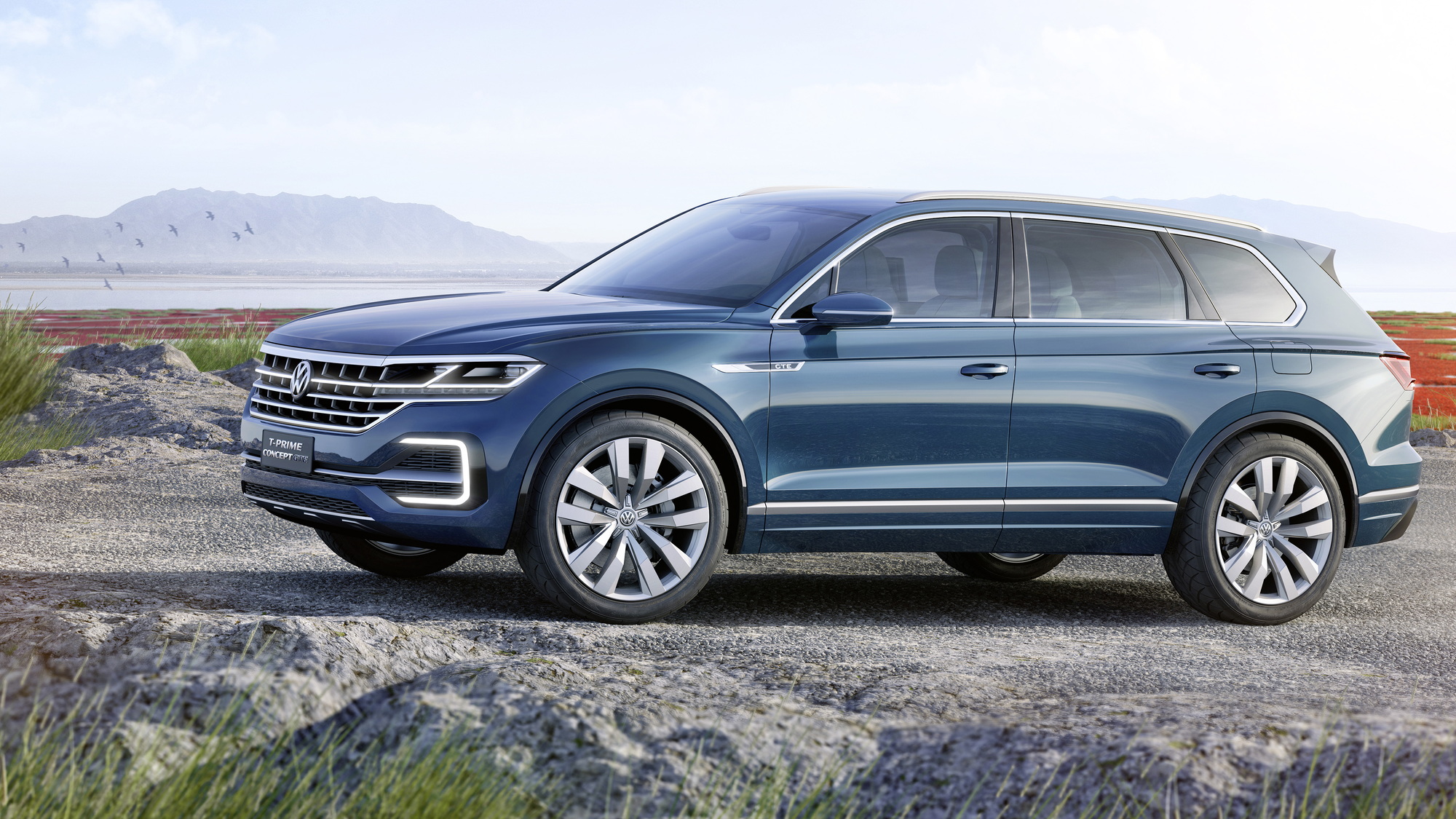 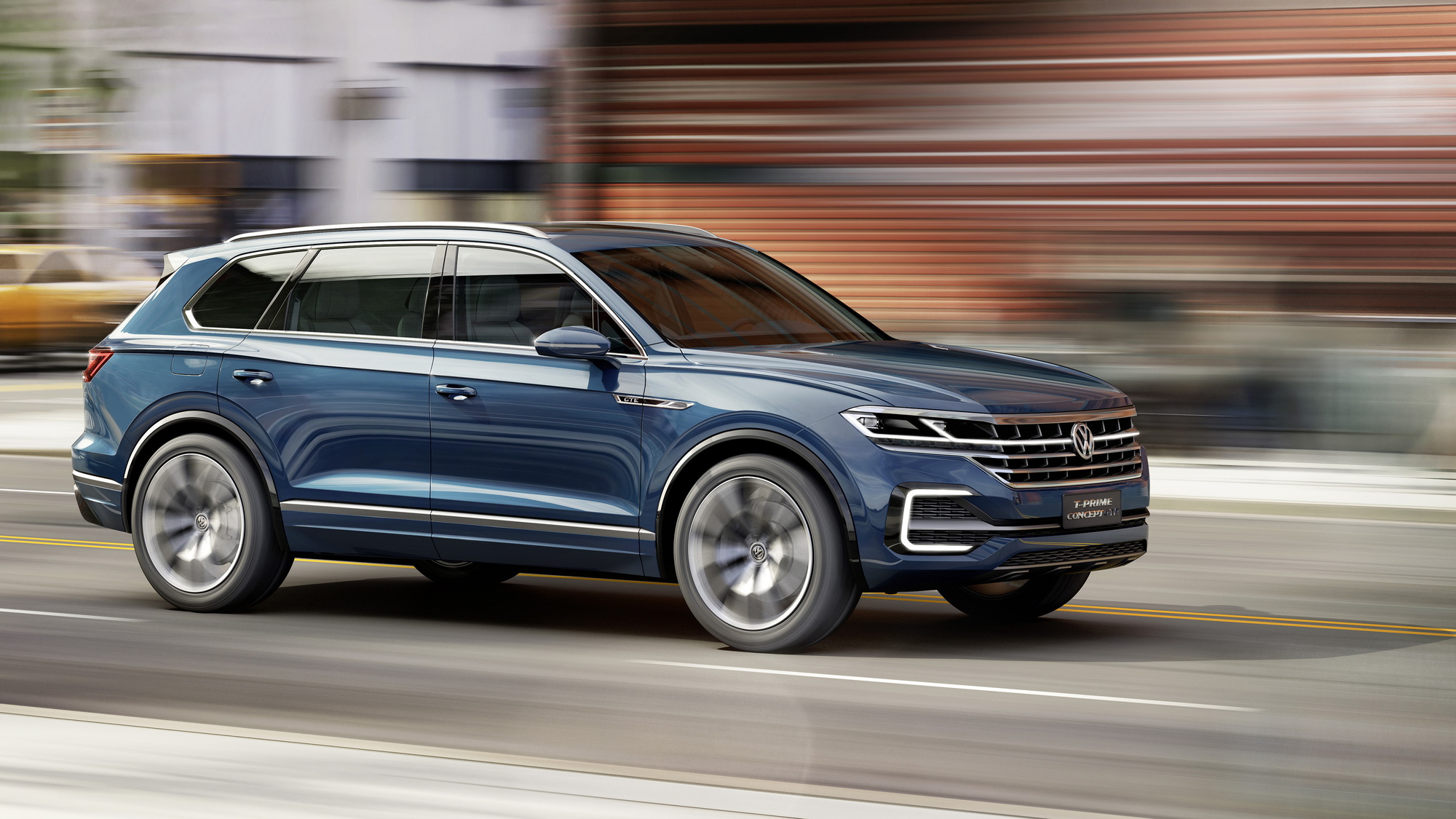 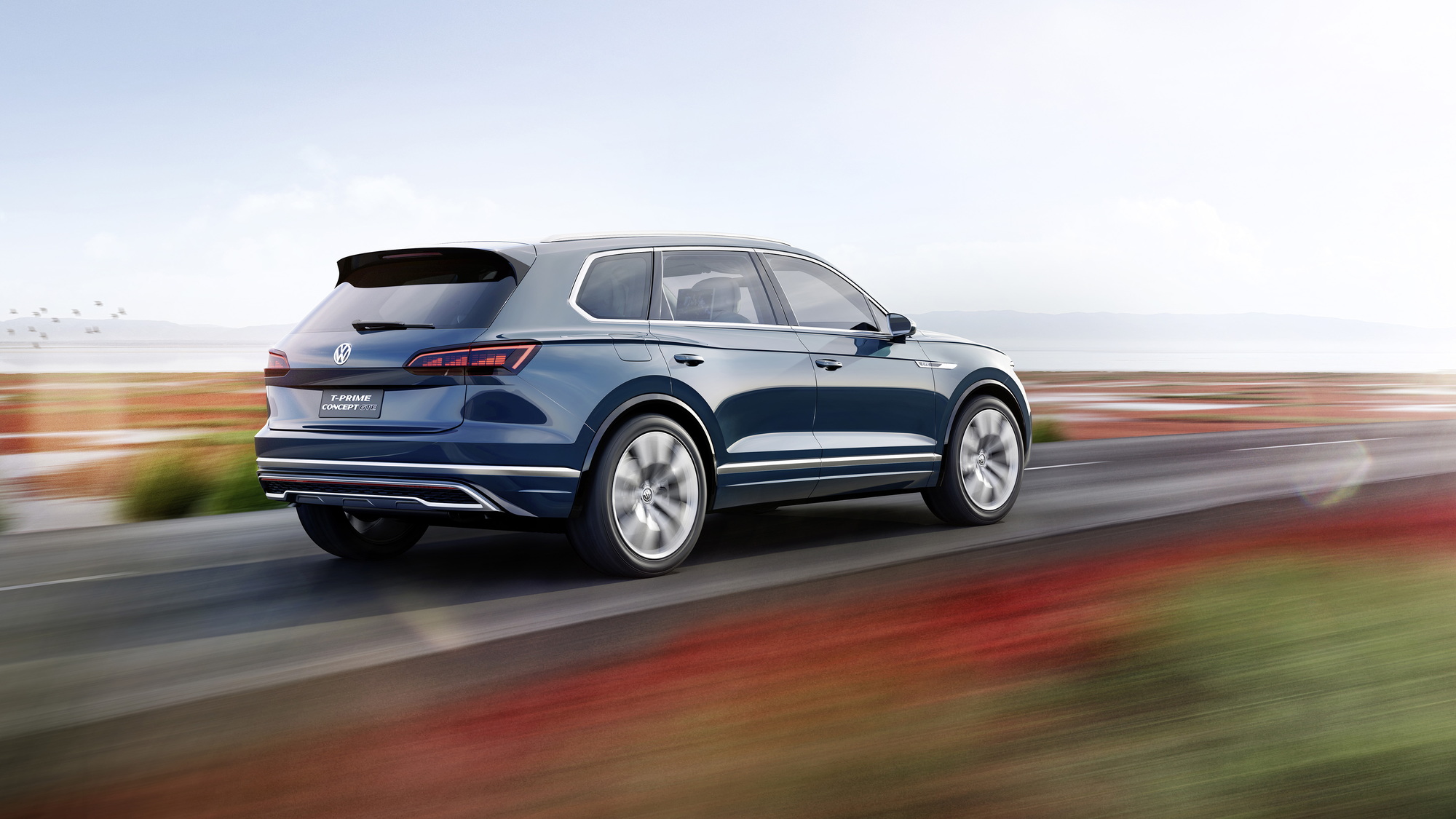 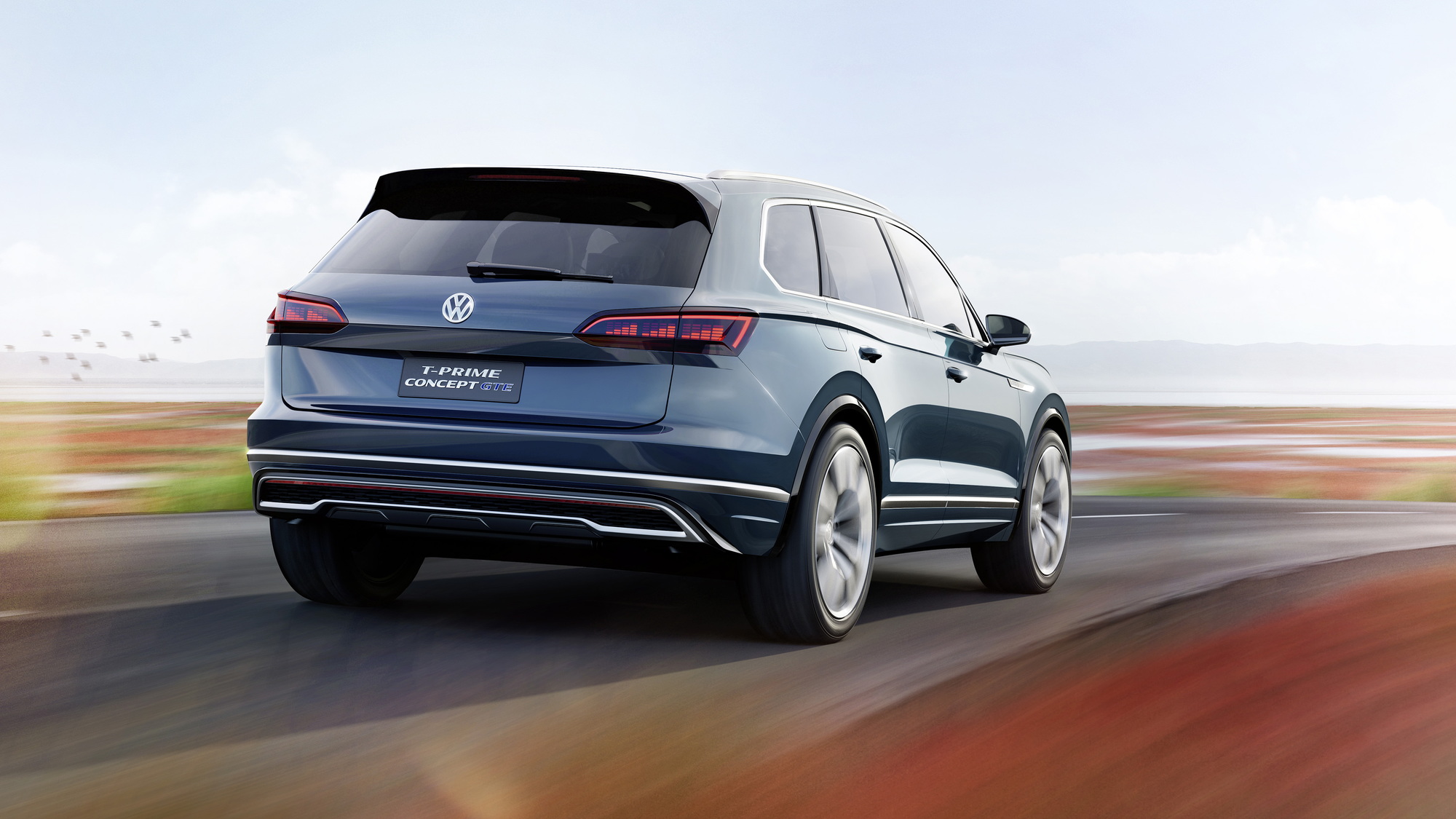 Based on its auto show debuts of late, Volkswagen wants consumers to know that it is working on two things: SUVs and plug-in hybrids.

At the 2016 Beijing Auto Show on this week, VW unveiled a vehicle that fills both bills, the T-Prime Concept GTE.

A premium SUV based on the latest MLB platform that also underpins the Audi Q7 (among several other VW Group products), the T-Prime is said to be a glimpse at a new full-size SUV positioned above the next Touareg, and not the next Touareg itself as previously thought. At 199.6 inches in length, the concept is longer than the original VW Phaeton and about 11 inches longer than the current Touareg. It's likely the vehicle will be twinned with the new Q8 flagship SUV in the works at Audi.

The plug-in hybrid powertrain of the T-Prime features a turbocharged 2.0-liter 4-cylinder engine, an 8-speed automatic transmission, and a 14.1-kilowatt-hour battery. The engine makes 248 horsepower and 273 pound-feet of torque, and the electric motor produces 134 hp and 258 lb-ft of torque. Total output is quoted at 375 hp and a whopping 516 lb-ft of torque.

Volkswagen says the T-Prime runs in three modes. It starts in an all-electric E-Mode that powers the vehicle for up to 31 miles. A Hybrid mode uses the motor and engine, and a GTE mode does the same but taps into the most power while also adjusting the throttle, transmission, and steering for a sportier character. VW says the T-Prime can accelerate from 0-60 mph and reach its top speed of 139 mph in the GTE mode.

Volkswagen quotes 29 mpg in hybrid mode and 87 mpg in the New European Driving Cycle. U.S. fuel economy estimates are not provided but in general they tend to trail the Euro numbers. According to VW, the charge time on a conventional European 220-volt wall outlet with a 3.6-kw charging capacity is eight hours, and that drops to two-and-a-half hours on a public charging station with a 7.2-kw capacity.

The T-Prime's exterior looks ready for production. It features what may be the new corporate face with a sleek chrome grille that flows into the headlights, and a pair of C-shaped daytime running lights. LED taillights are found at the rear, and the vehicle rides on 22-in wheels wrapped in 285/40 series rubber.

Inside, the layout may be even more important. The look is upscale, with a combination of aluminum, blue leather, and wood. The dash features a "Curved Interaction Area" consisting of a pair of screens that arc around the driver. It is made up of a 12-in instrument panel screen and a 15-in screen for the infotainment system. Most of the controls are activated by touch, but there are also gesture controls, and the transmission is controlled by a glass scroll wheel.

The steering wheel also has touch controls that are handled via swipe gestures or pressure. Volkswagen says the Curved Interaction Area symbolizes the brand's cockpit of the future, and that future will begin as early as 2017. This from a brand that just added USB ports to its vehicles for the 2016 model year.

In back, the T-Prime has two individual seats with a 9.6-in touchscreen to handle climate functions and seat adjustments. A 10.1-in tablet also snaps into the back of each front headrest.

For information on other vehicles debuting in Beijing, check out our dedicated hub.