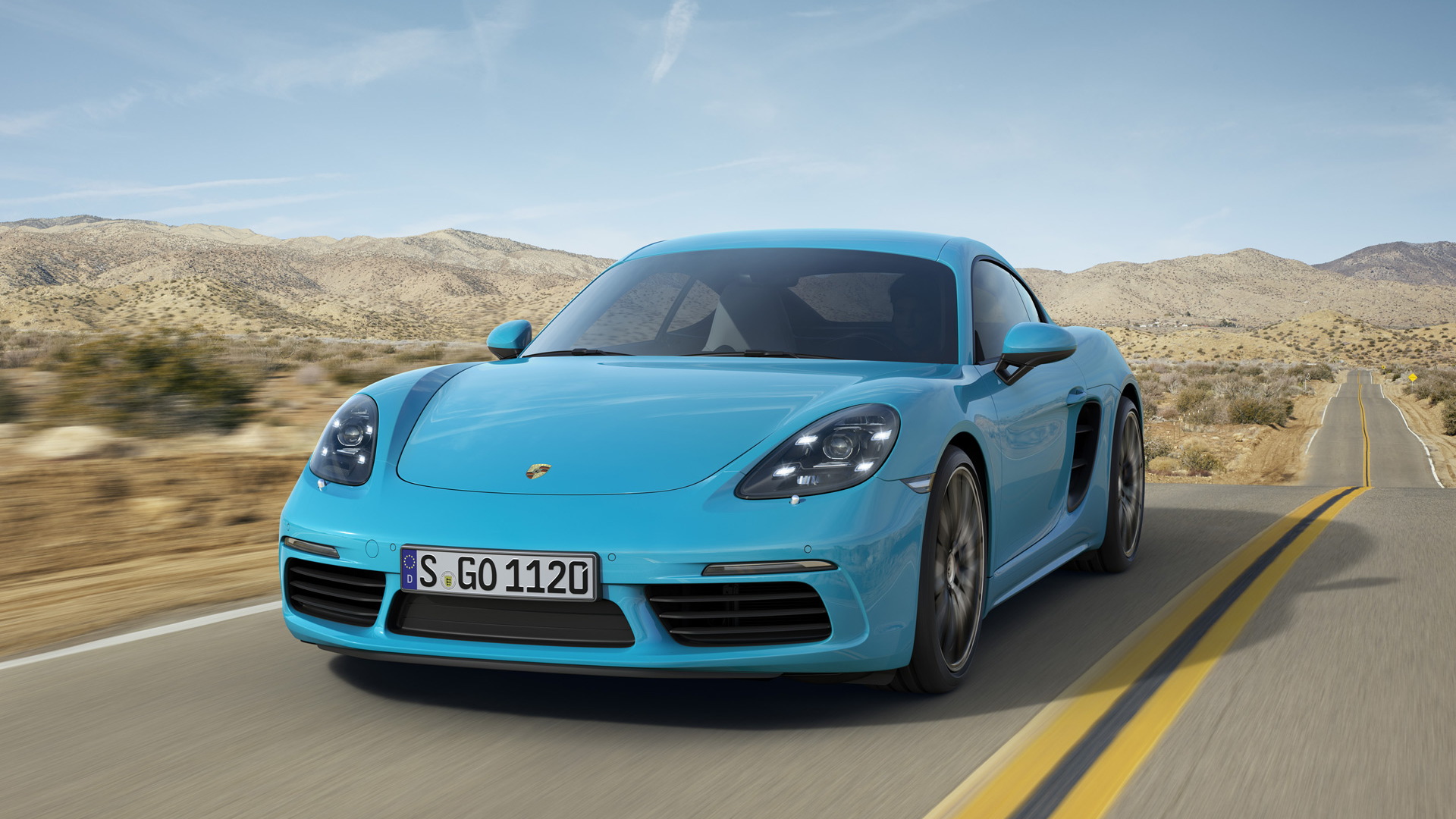 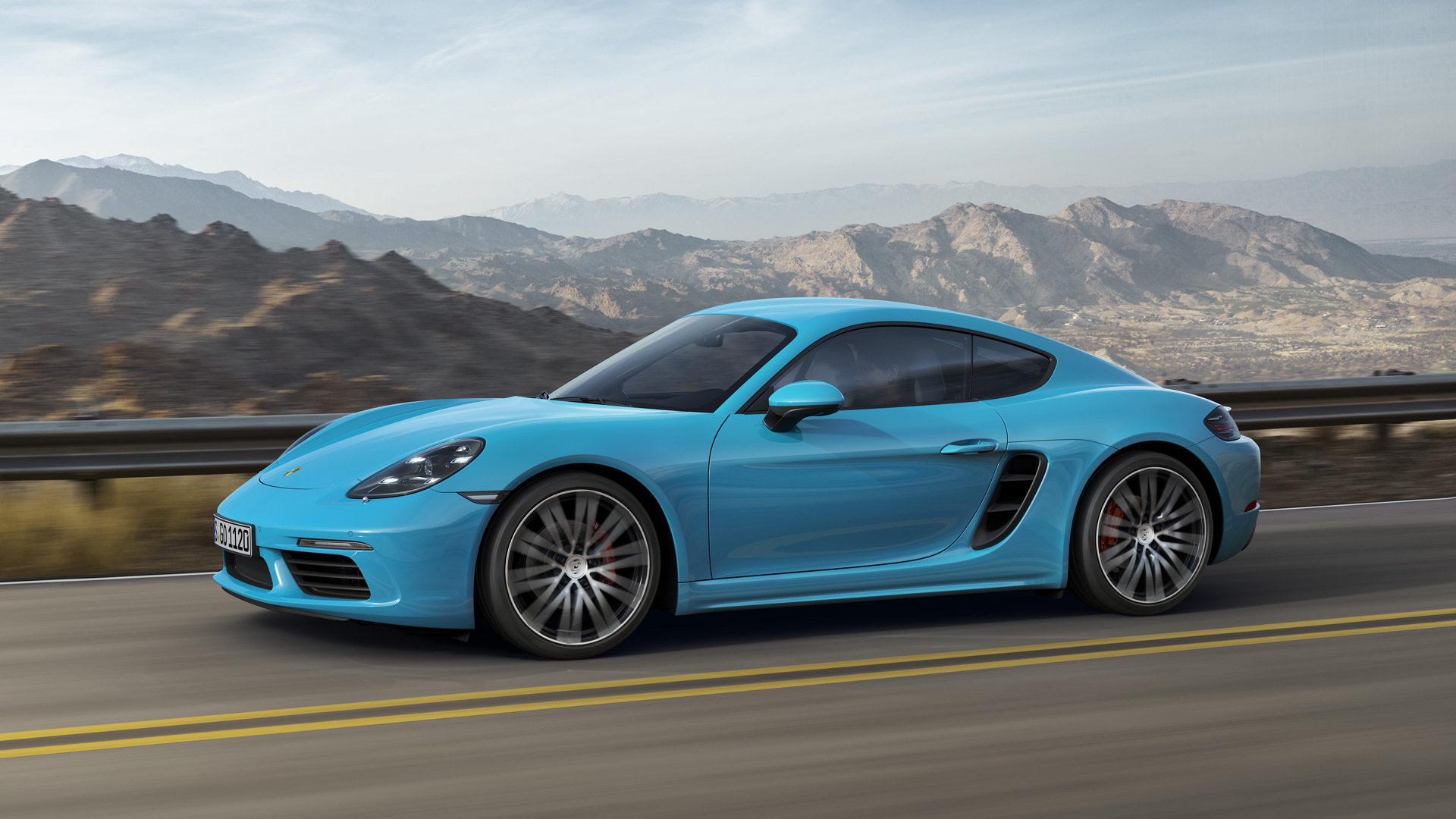 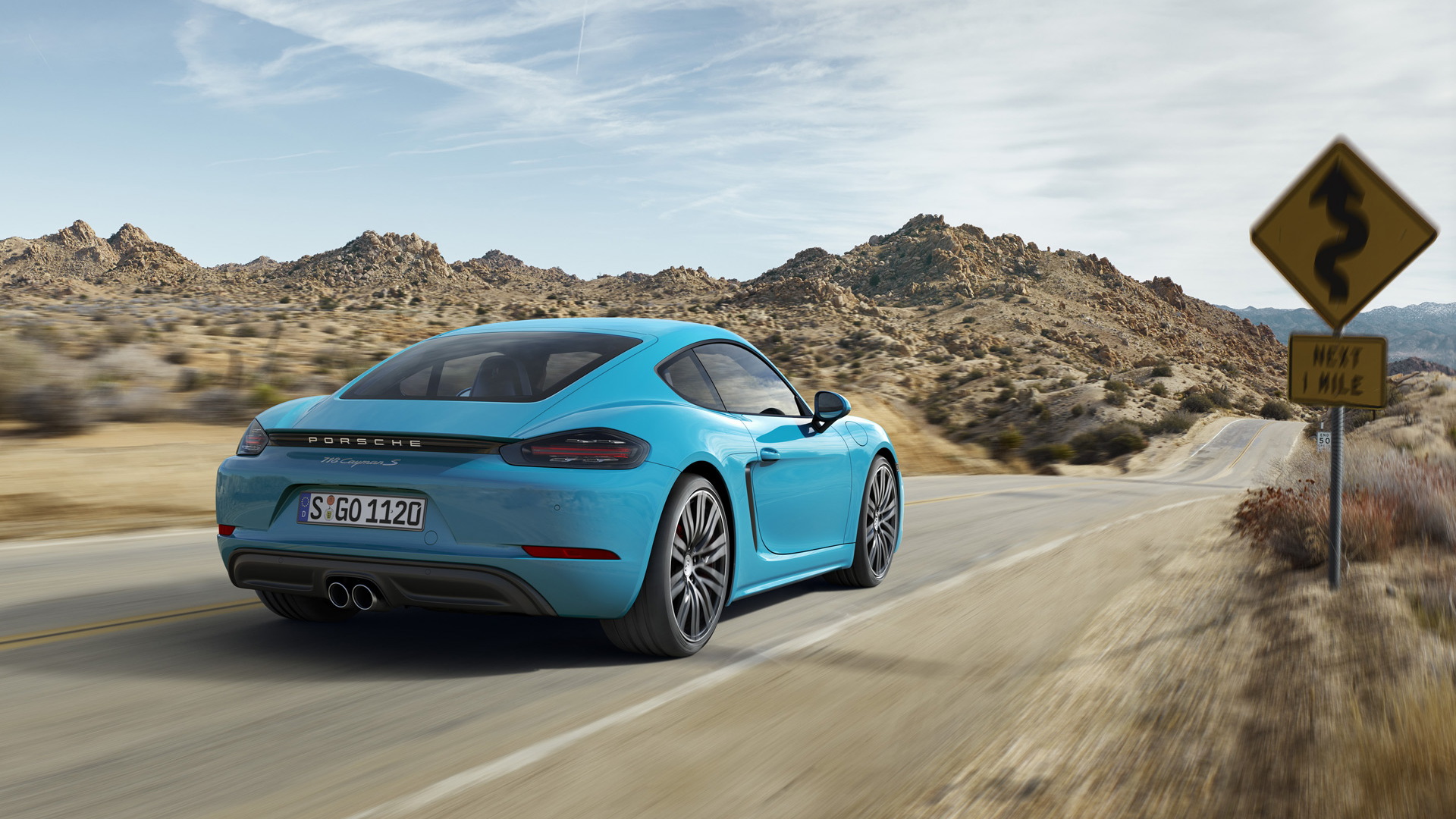 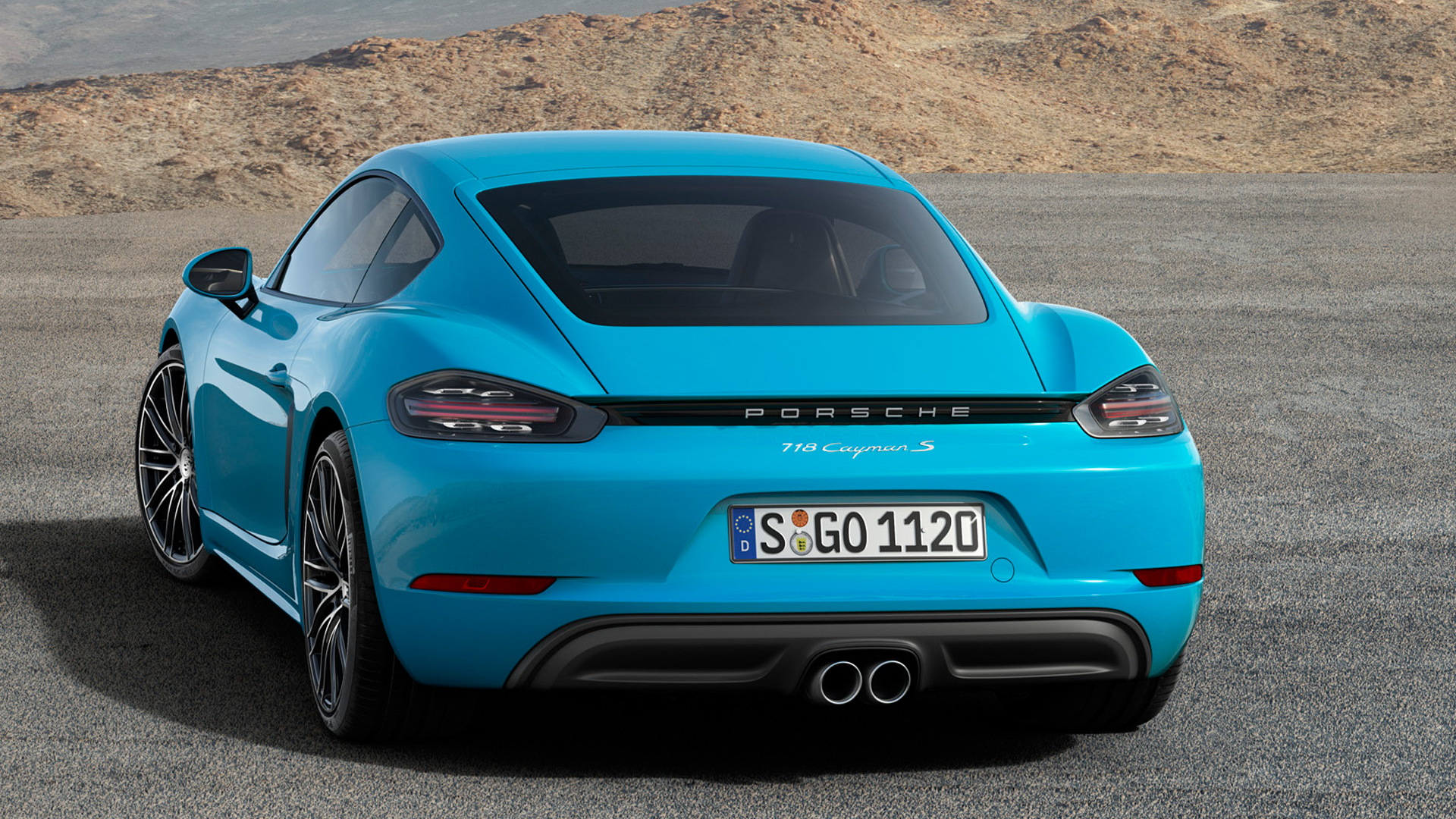 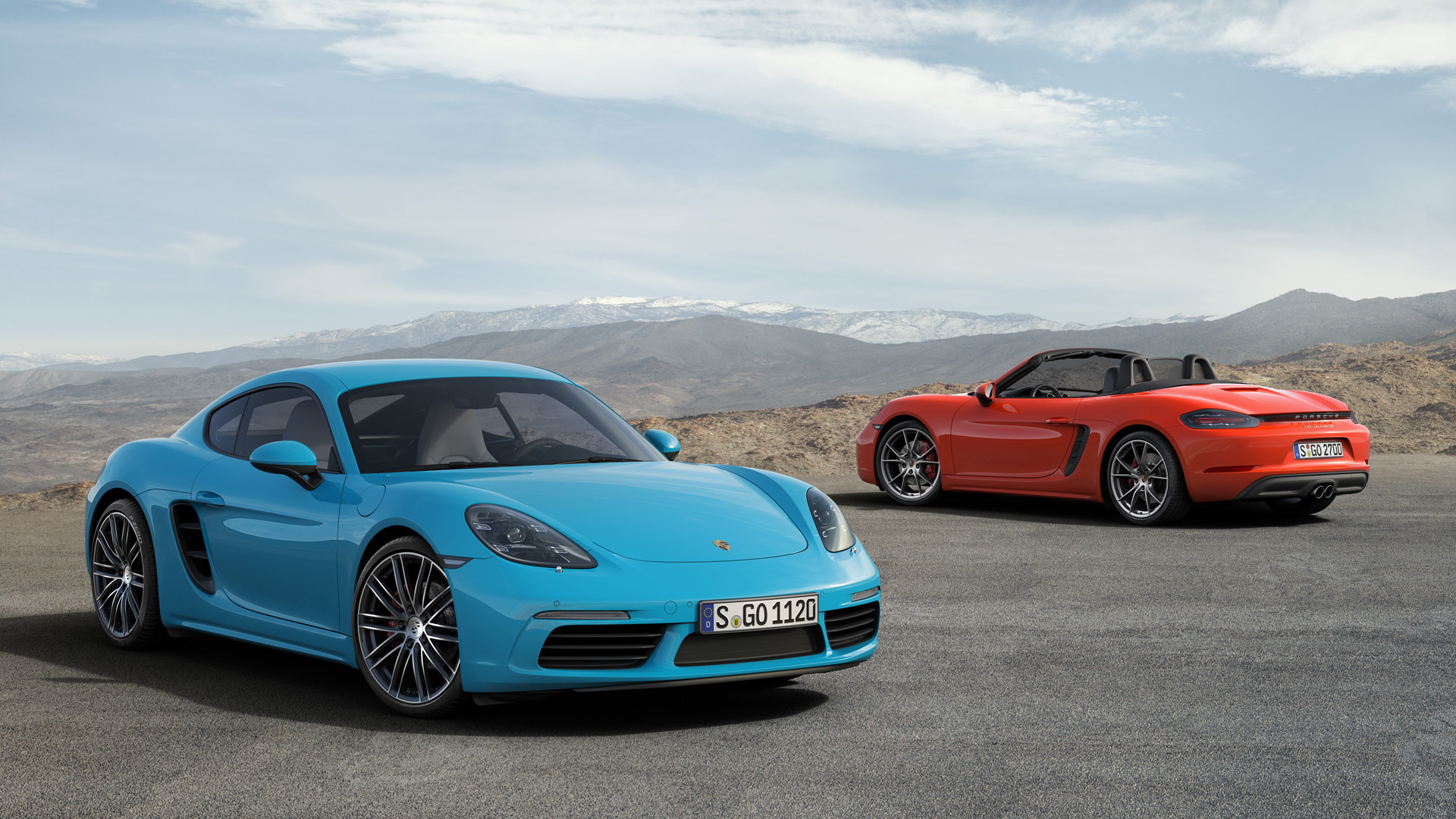 The new 718 Cayman, which made its debut today at the 2016 Beijing Auto Show, races into the 2017 model year with fresh styling, turbocharged engines and a price tag below that of the 718 Boxster.

The 718 Cayman isn’t a completely new design; it’s simply an update of the second-generation Cayman on sale since the 2014 model year. However, there are enough changes to almost warrant it an all-new car.

Like the 2017 718 Boxster, the 2017 718 Cayman in base trim comes with a turbocharged 2.0-liter flat-4 making 300 horsepower and 280 pound-feet of torque. A sportier 718 Cayman S comes with a turbocharged 2.5-liter flat-4 and 350 hp and 309 lb-ft. Both cars make 25 more horsepower than their respective predecessors, which came with naturally-aspirated engines.

A 6-speed manual is standard but the quicker option is a 7-speed dual-clutch transmission. Together with the optional Sport Chrono Package, the dual-clutch enables the 718 Cayman to hit 60 mph in 4.5 seconds and the 718 Cayman S in just 4.0 seconds. Top speed is 170 and 177 mph, respectively.

Porsche has also tweaked the suspension setup of the cars and offers adaptive damping as an option. The Cayman S can also be equipped with the more hardcore Sport option for Porsche’s adaptive damping system, known as PASM, for the first time. Drive is to the rear wheels only on both.

The interior has also been tweaked compared to the previous Cayman and includes a new dash design, 918 Spyder-inspired steering wheel and standard infotainment system with a touchscreen interface.