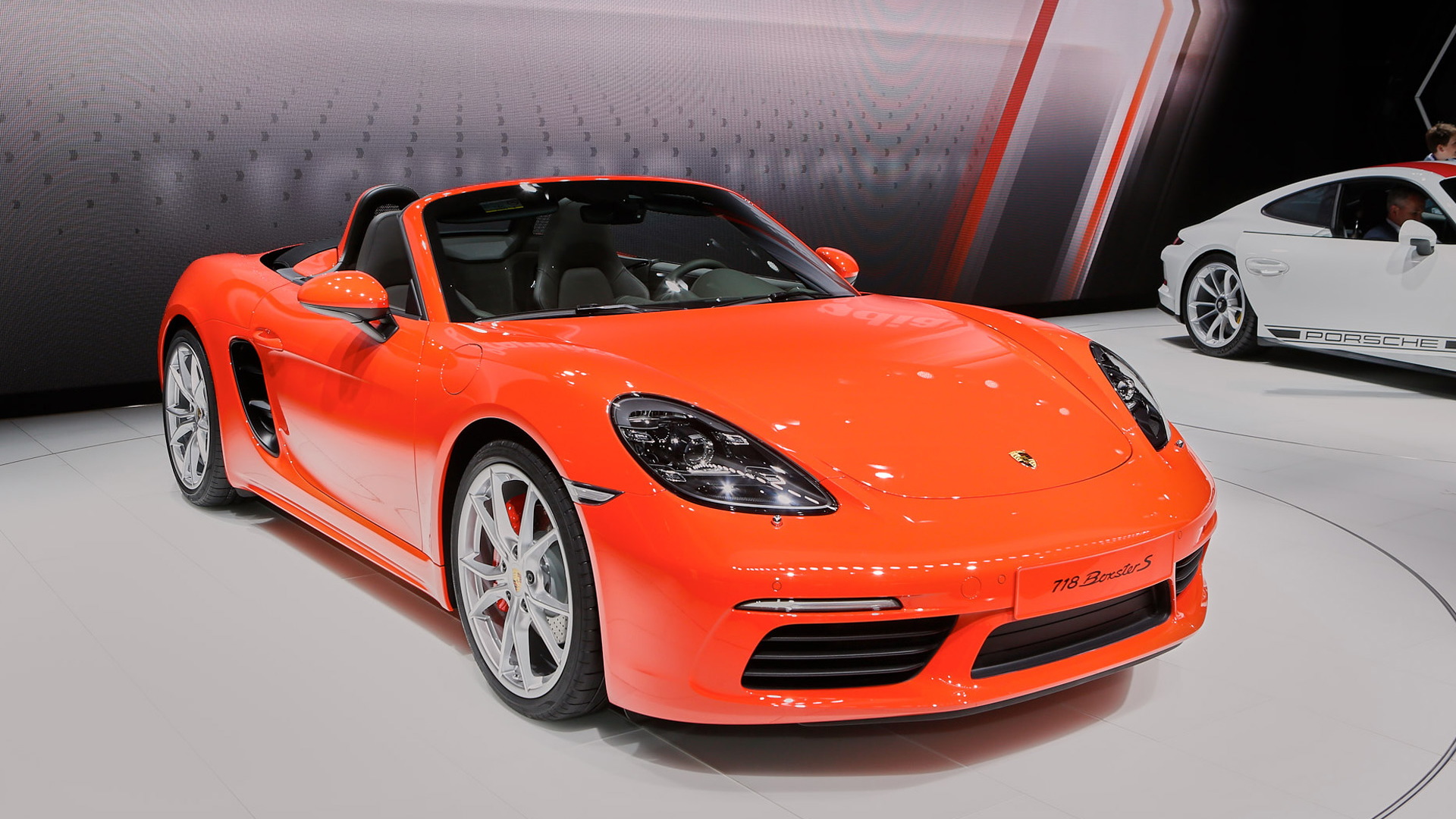 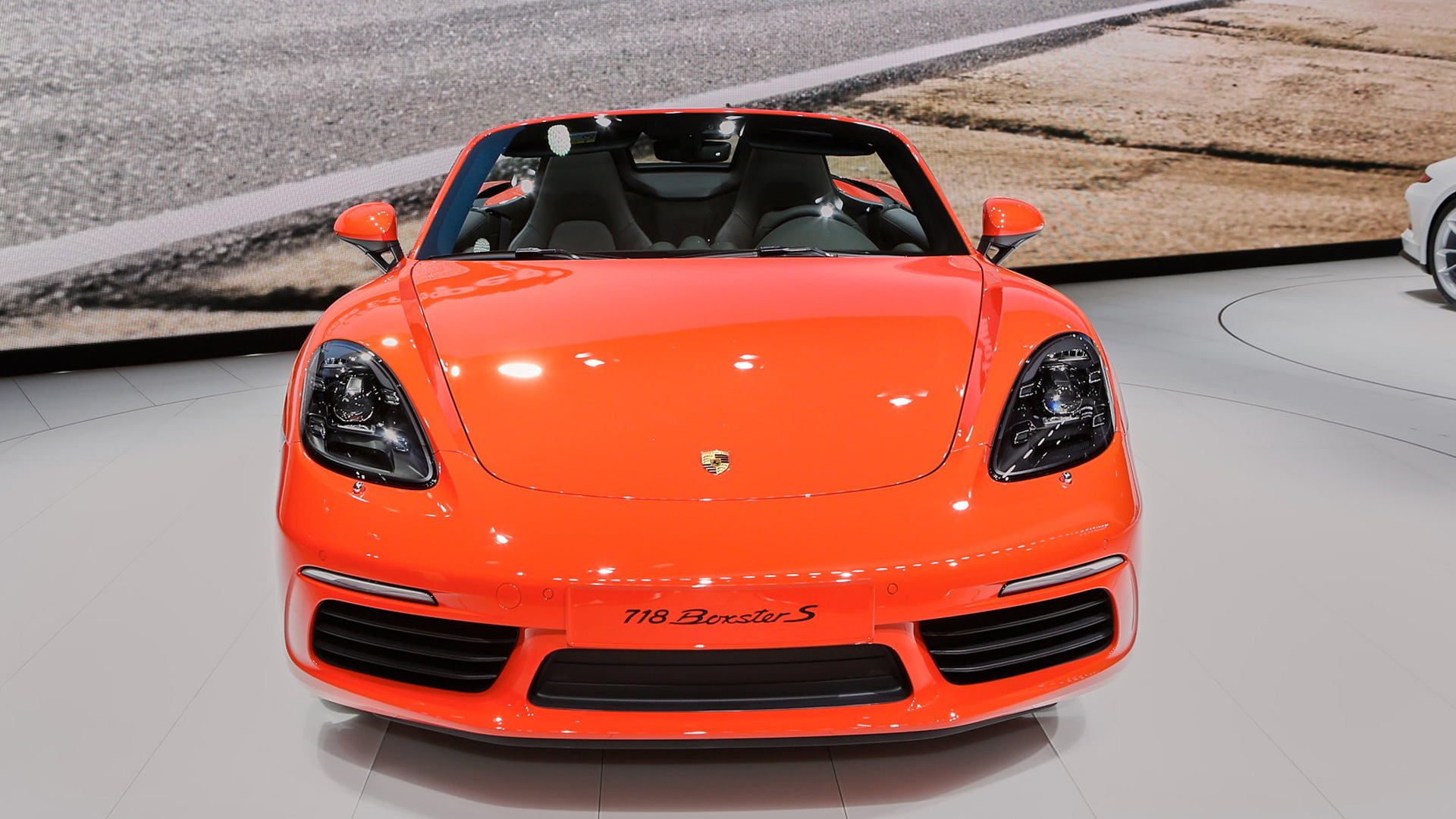 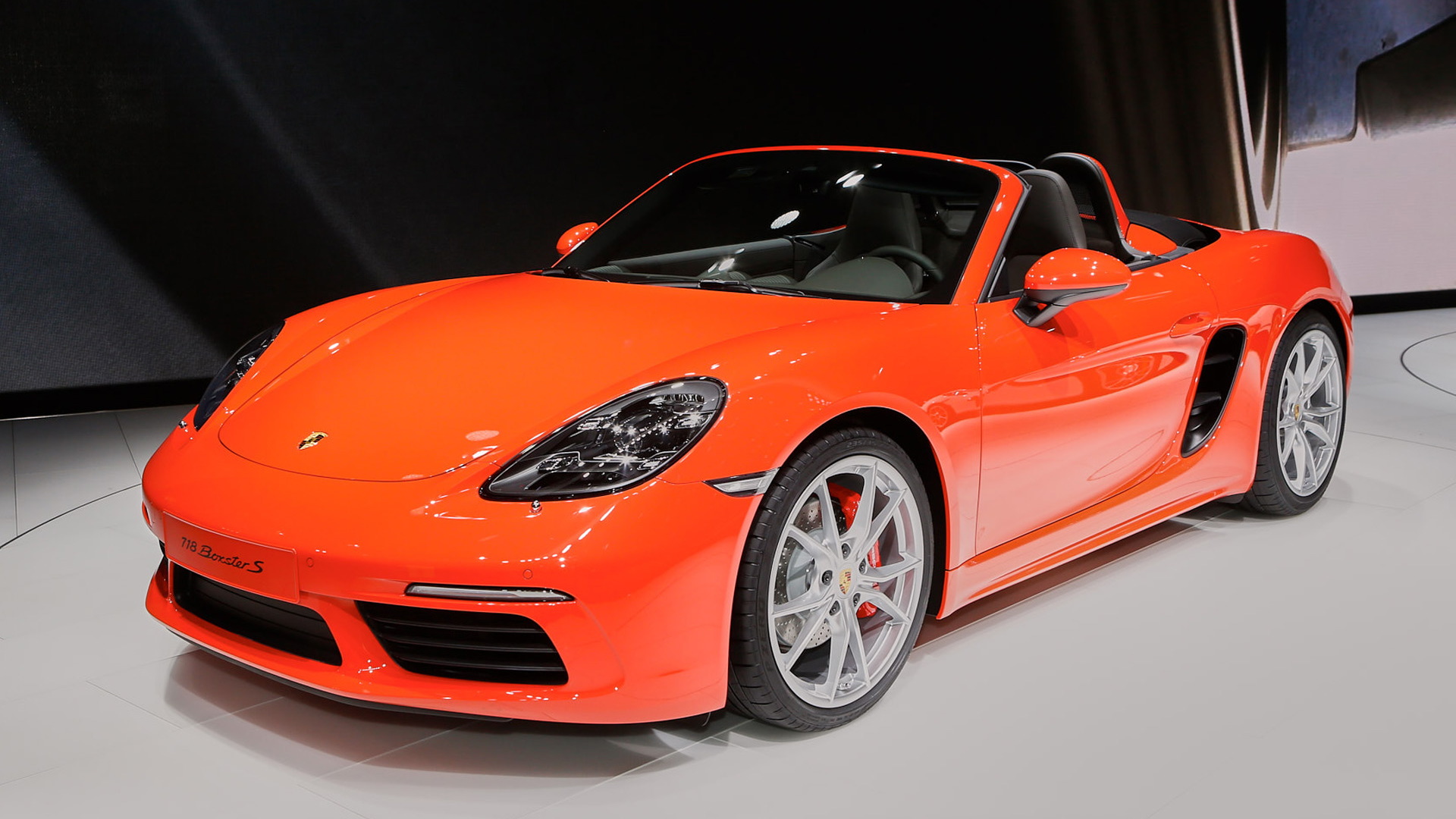 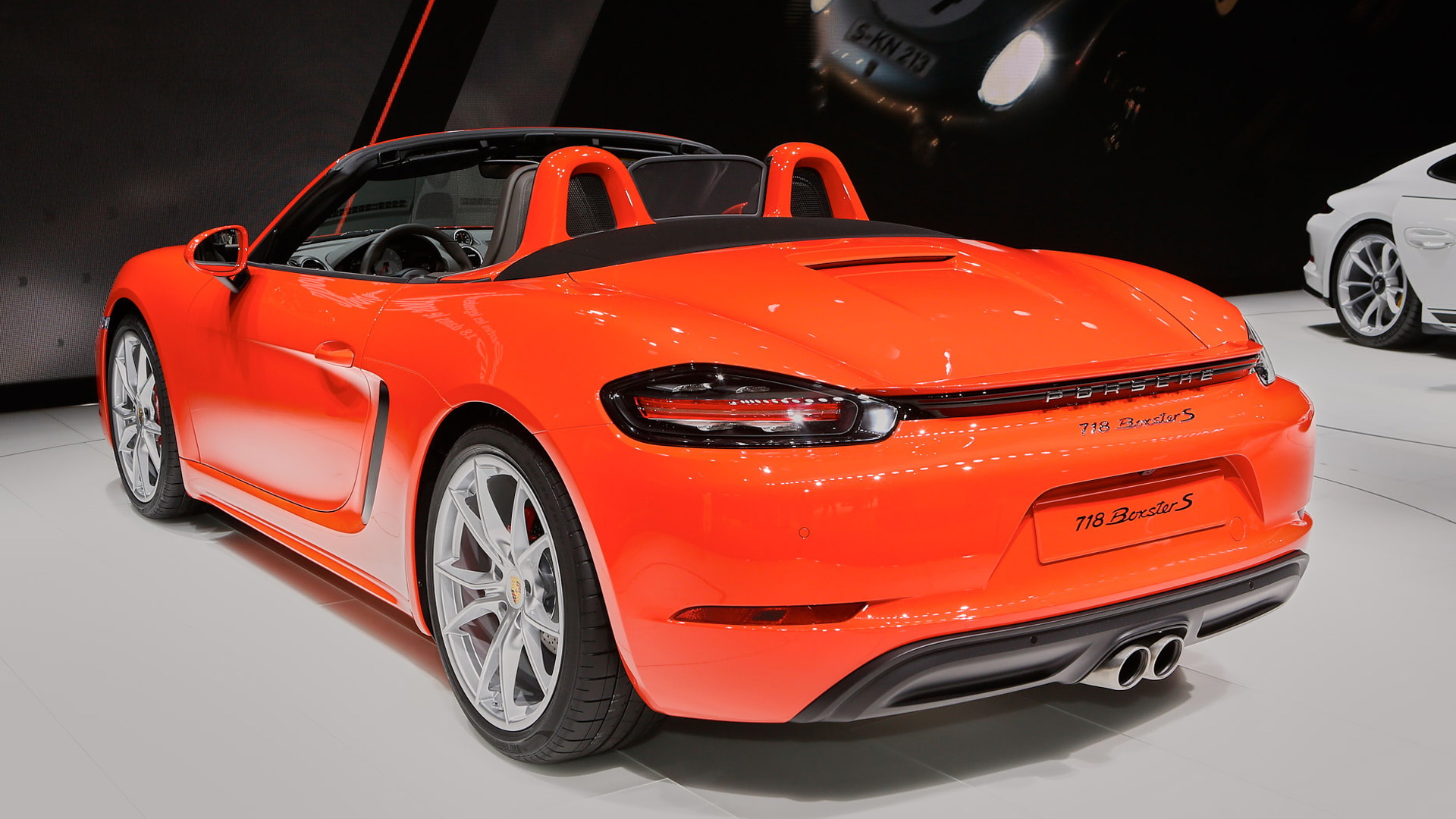 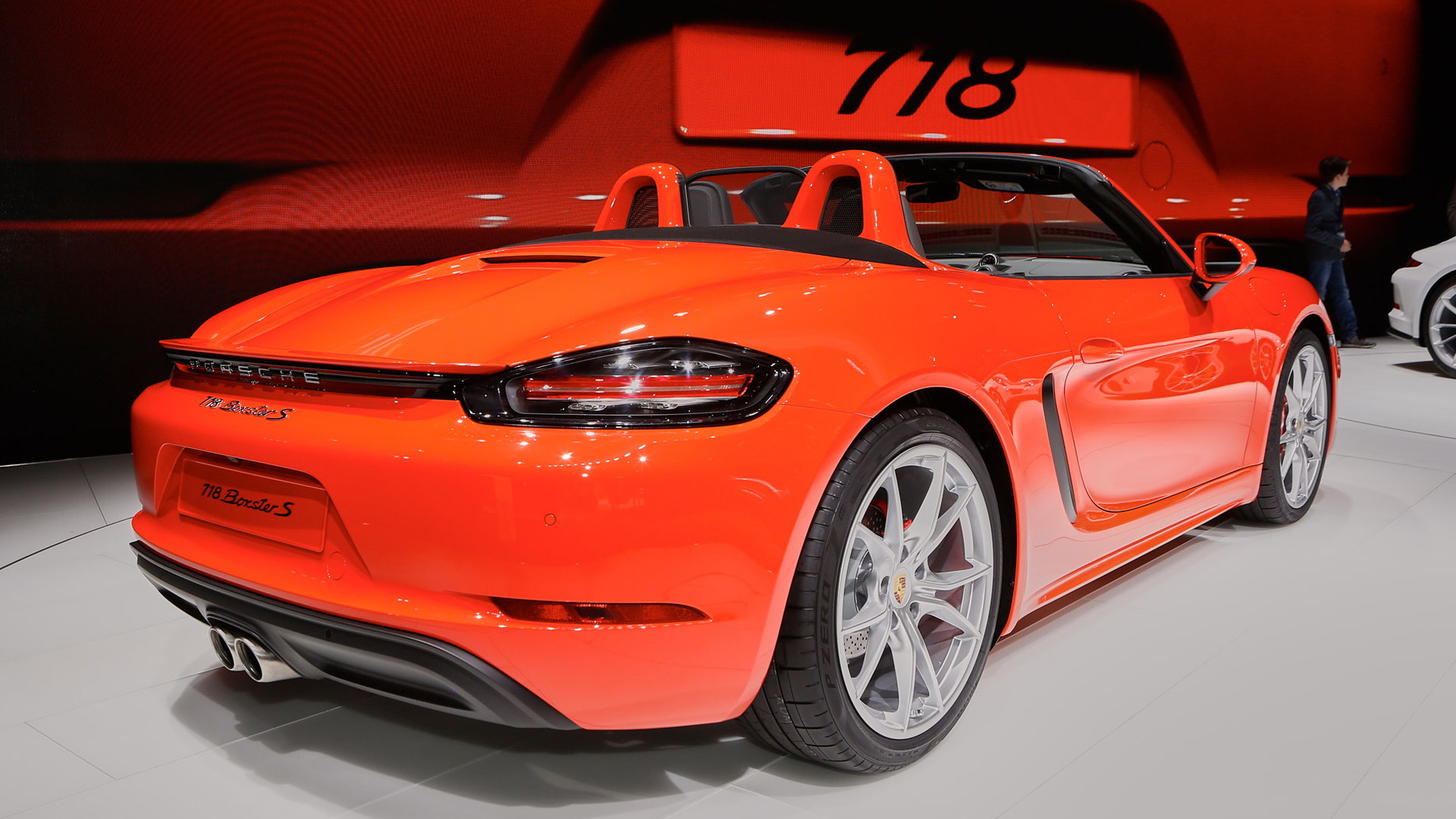 Back in December Porsche announced that the updated Boxster (and Cayman) will adopt the 718 name and swap the current naturally aspirated flat-sixes for turbocharged four-cylinder engines, albeit still with a flat "boxer" design. At the time, we could only speculate on the power output, and now we know.

EPA fuel economy ratings aren't yet available, but Porsche says the engines are up to 14 percent more fuel efficient in the New European Driving Cycle. Part of the improvement is due to the optional PDK dual-clutch transmission's new "virtual" gears. These are achieved by engaging two gears at once and slipping the clutches for each to create new ratios between gears.

The new engines improve performance as well. With the optional PDK dual-clutch transmission and Sport Chrono Package, Porsche says the 718 Boxster accelerates from 0 to 60 mph in 4.5 seconds, 0.7 seconds faster than the outgoing model. With these same features, the 718 Boxster S hits 60 in 4.0 seconds, which is a half-second quicker than the model it replaces. Top speeds are 170 and 177 mph, respectively. A six-speed manual is the other transmission choice.

But those aren't the only changes. Every body part except for the front and rear luggage compartment lids, the windshield, and the convertible top has been massaged. The front end has larger air intakes and redesigned b-xenon headlights with LED daytime running lights. LED headlights will also be available. Along the sides, the air inlets are also larger. The 718 Boxster S gets new 19-inch wheels, and 20s will be optional. At the back, the taillights have LEDs as well.

Inside, the dash has a new design and the Porsche Communication Management control interface is updated. When ordered with the navigation system, it gets an available Connect Plus module with an array of online services. We take that as meaning access to apps through owners' smartphones.

Porsche has also retuned the suspension, improved the brakes, and made the electric power steering 10 percent more direct. The Sport Chrono Package carries over Normal, Sport, and Sport Plus modes, but now adds an Individual mode that lets drivers adjust the various vehicle systems to taste. A new Sport Response button for models with PDK sharpens the responsiveness of the engine and transmission.