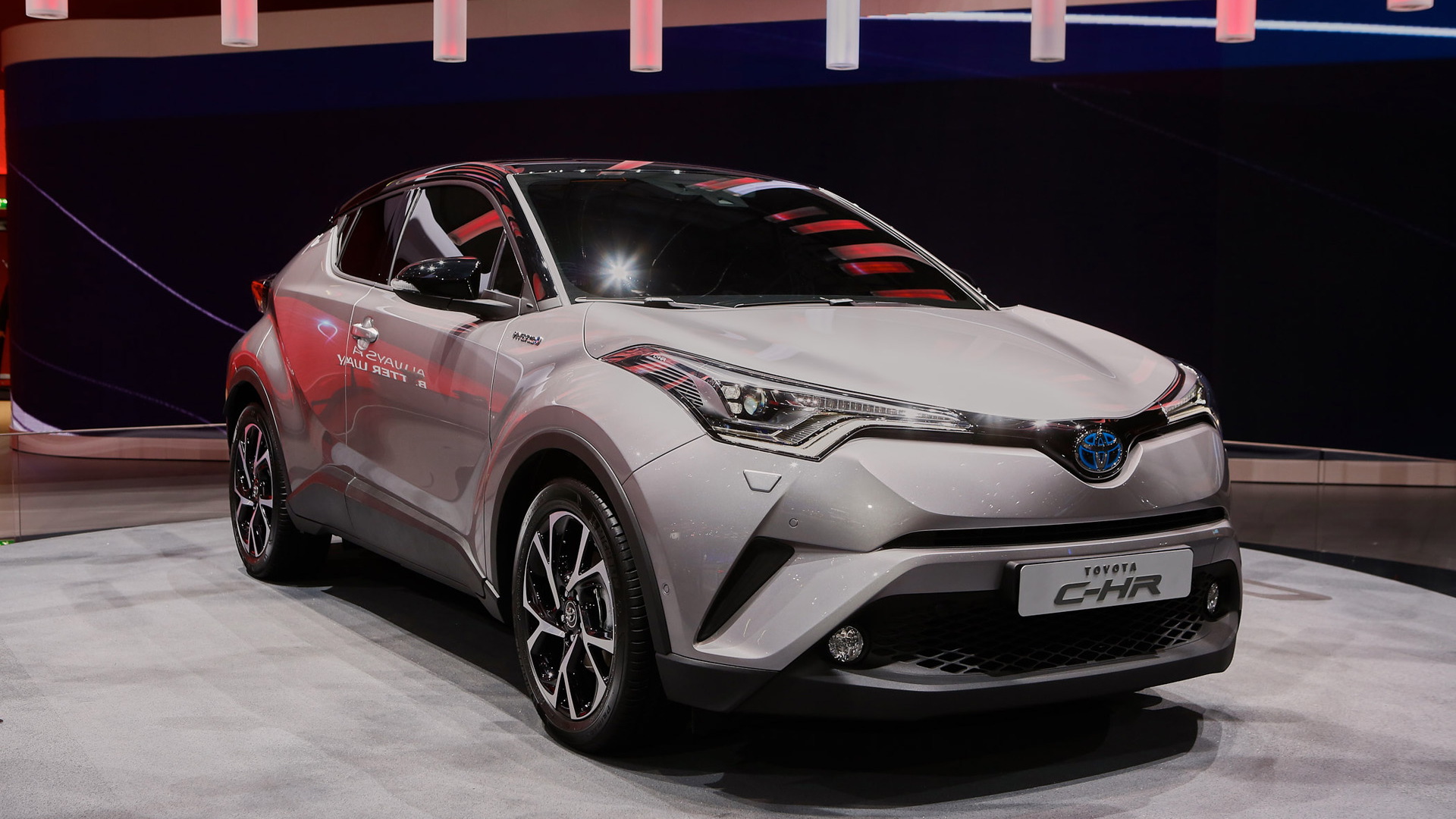 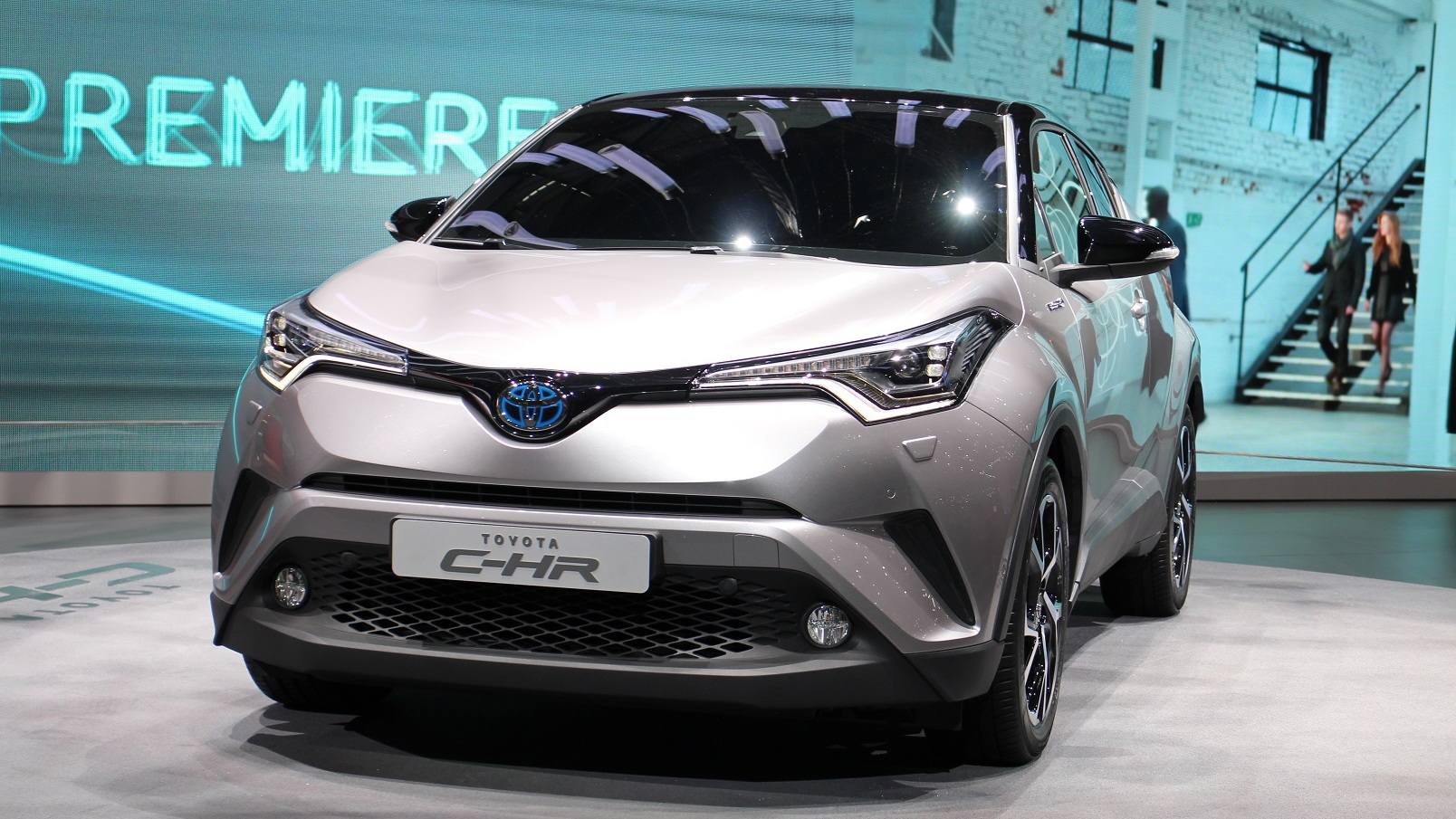 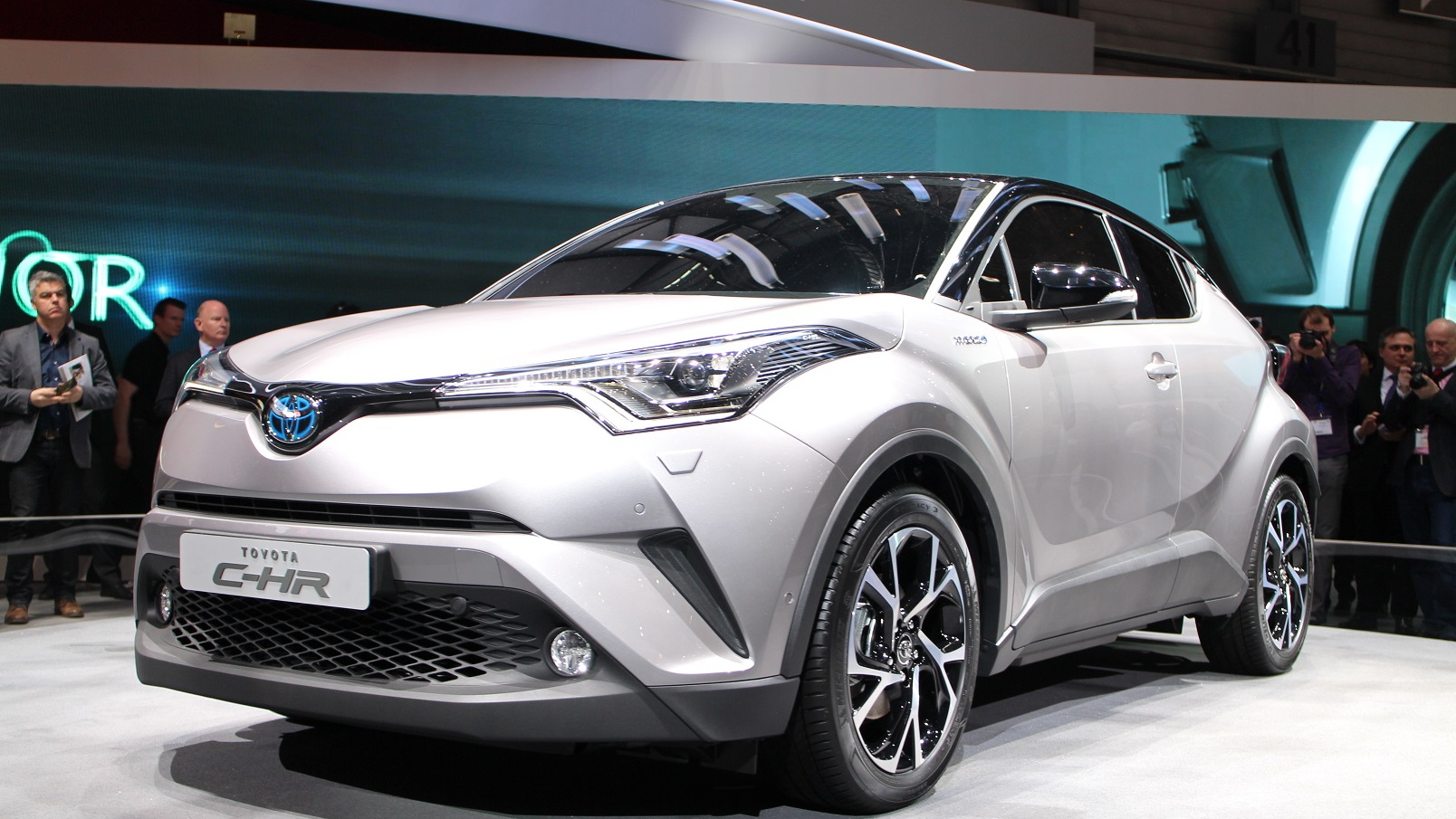 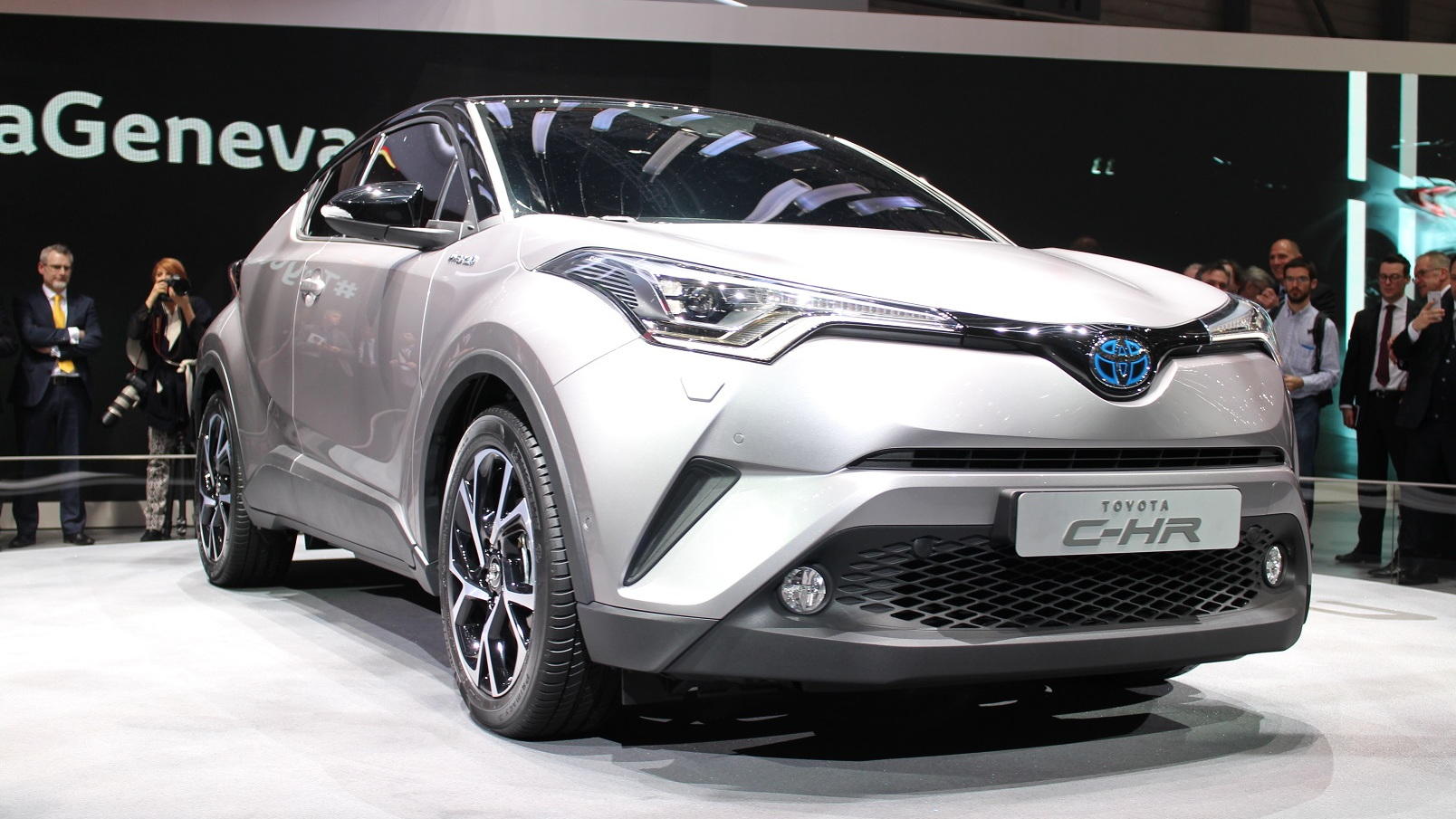 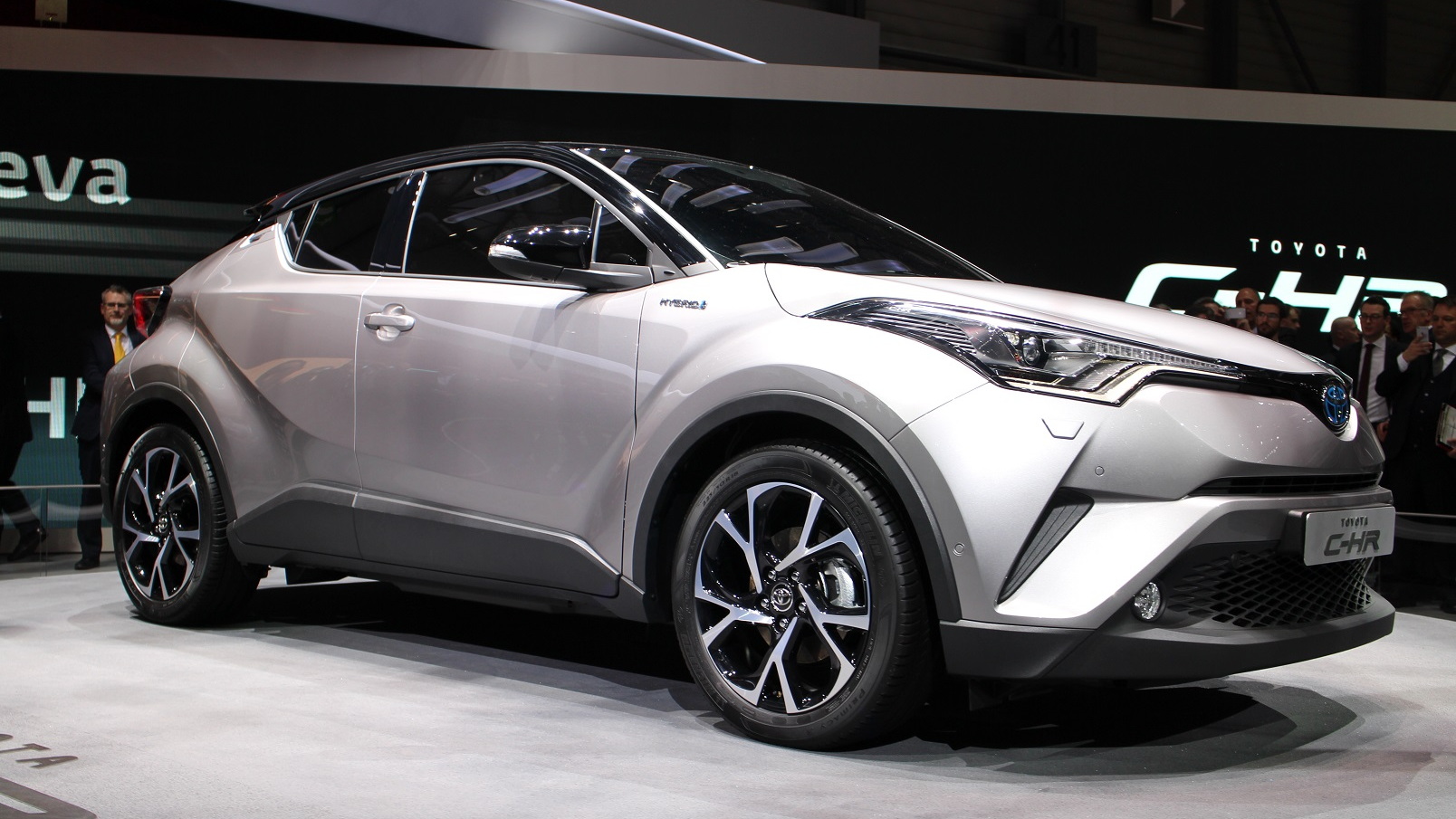 After several concept car teases, the Toyota C-HR has finally made its debut in production trim, appearing this week at the 2016 Geneva auto show. The vehicle is Toyota's entry into the burgeoning subcompact crossover category.

The production C-HR retains quite a bit of the previous concept's funky lines. The bulbous wheel wells, low roofline, and boomerang-like taillights are all recognizable. The rear door handles are also obscured, like on the similarly-sized Honda HR-V. Blacked-out rear pillars help create a "floating roof" look, and the rear spoiler is supposed to appear to float as well.

The C-HR uses the same Toyota New Global Architecture (TNGA) platform as the 2016 Prius. It will have a hybrid powertrain option alongside conventional gasoline powertrains. That would make it Toyota's third hybrid crossover, after the hybrid versions of the Highlander and RAV4.

Confirmed so far is a hybrid drivetrain, good for 120 horsepower. Alternatively, there is a turbocharged 1.2-liter engine with 113 hp. Specifications for the United States will be announced when the C-HR makes its local debut, most likely at the 2016 New York Auto Show later this month.

Toyota originally planned to sell the C-HR here as a Scion, and even unveiled a Scion-badged C-HR concept at the 2015 Los Angeles Auto Show last fall. But the company subsequently decided to kill Scion, claiming the "youth brand" had outlived its usefulness. So the C-HR will be sold here as a Toyota instead. It arrives in 2017, as a 2018 model.

The C-HR has come a long way from the 2014 Paris auto show, where it first appeared as a concept. Toyota showed subsequent concepts at the 2015 Frankfurt and L.A. auto shows, and even unveiled a racing version earlier this year for the Nürburgring 24 Hours.

For more 2016 Geneva auto show news, head over to our dedicated hub.