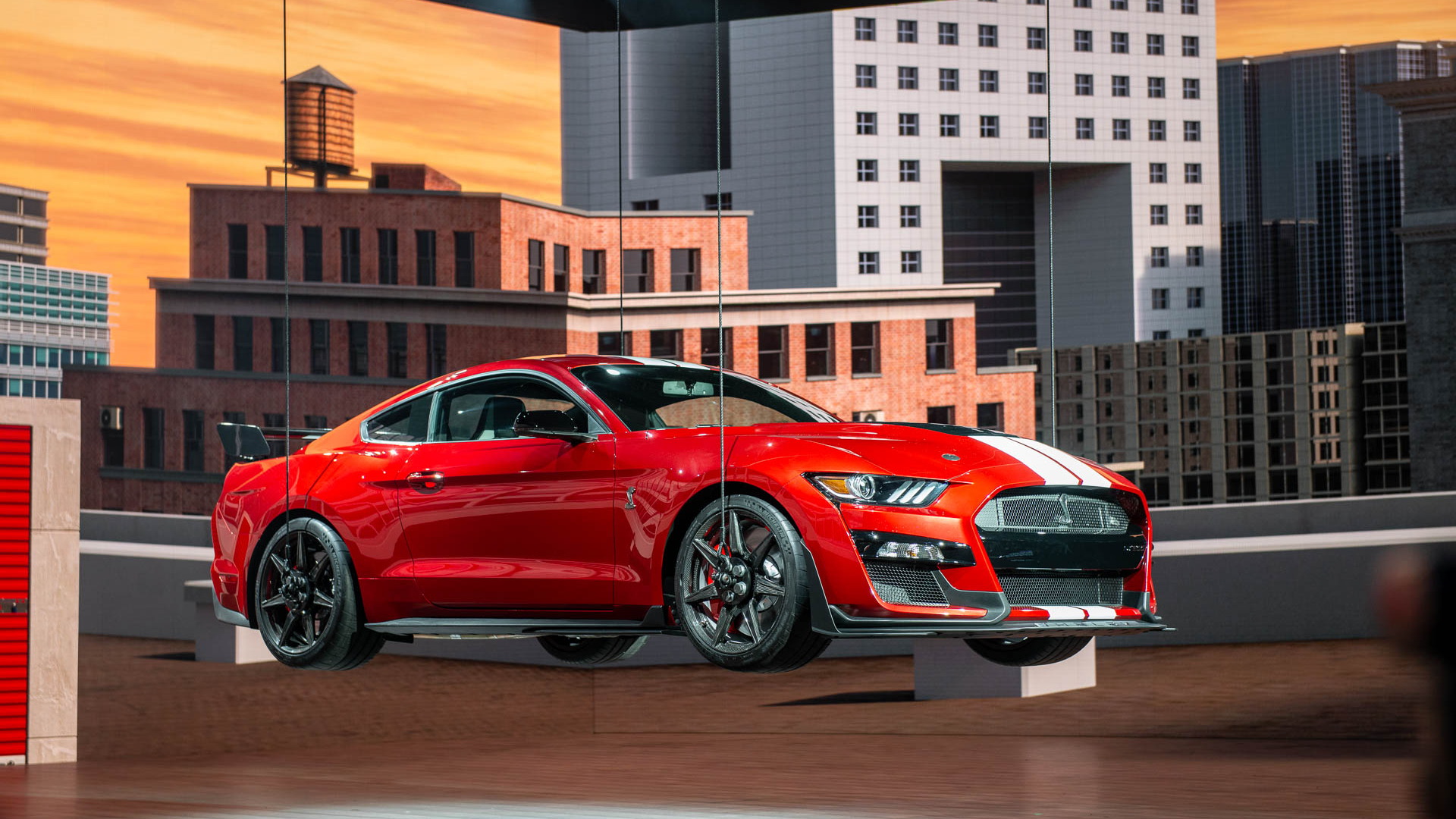 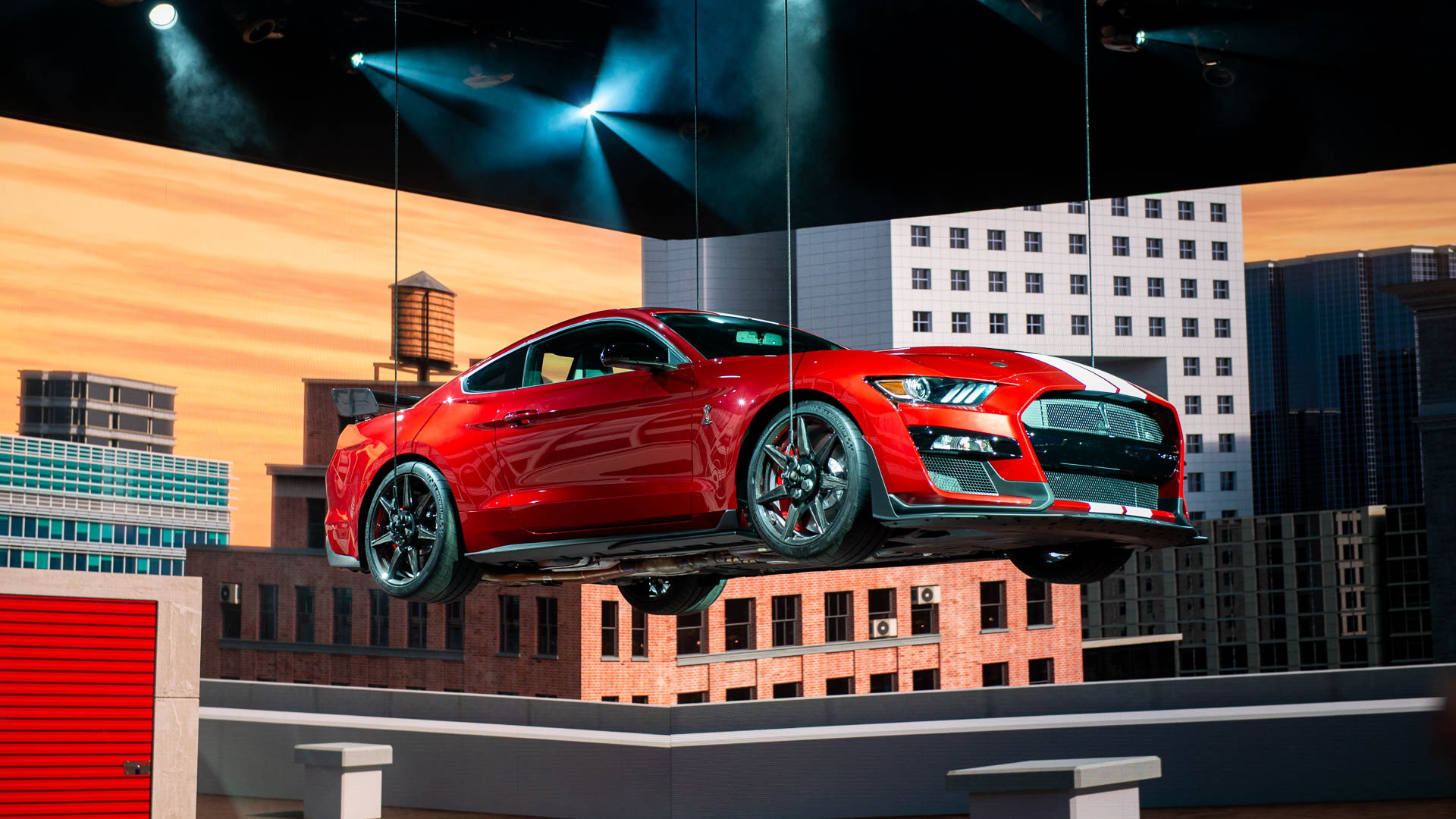 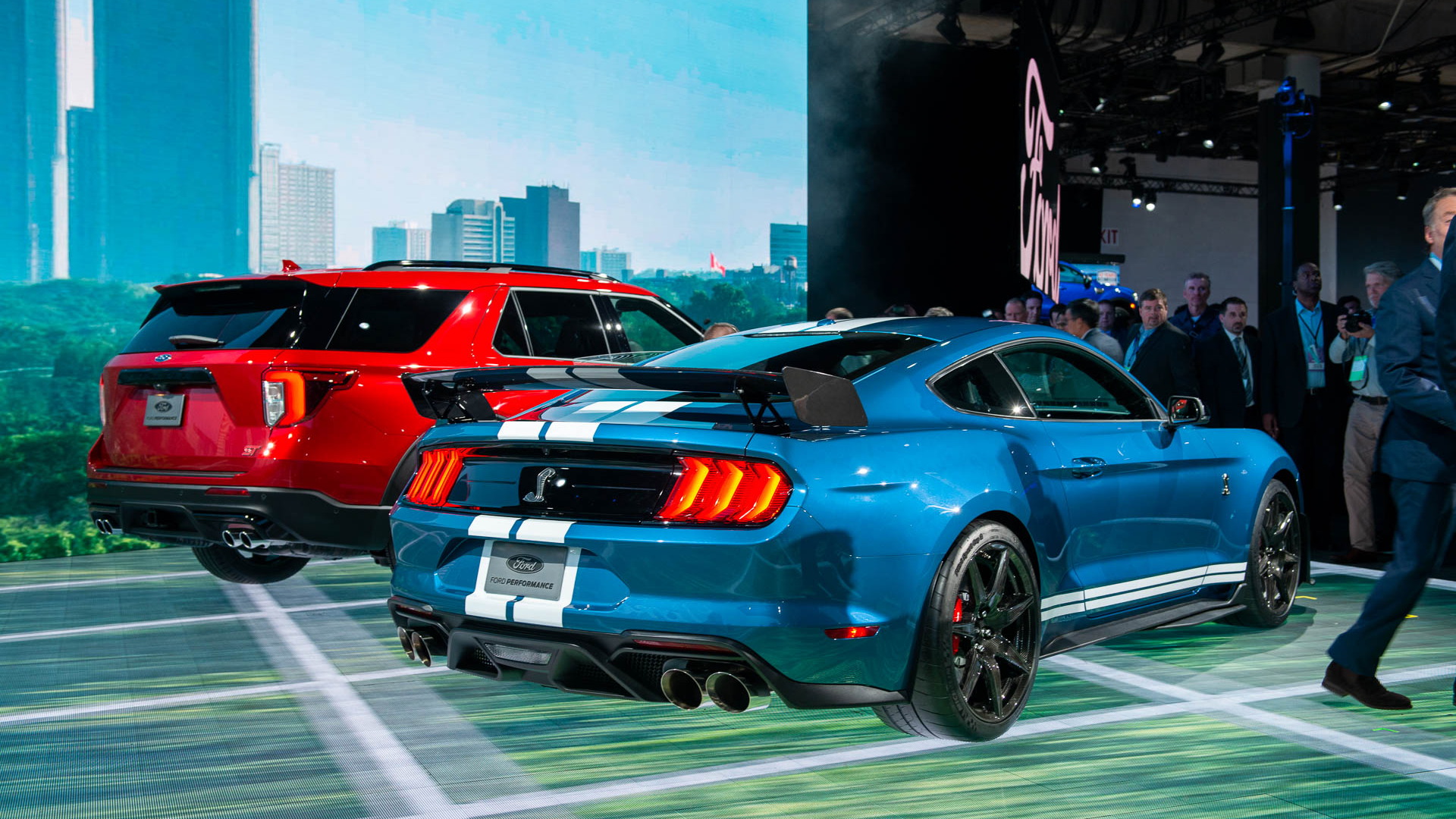 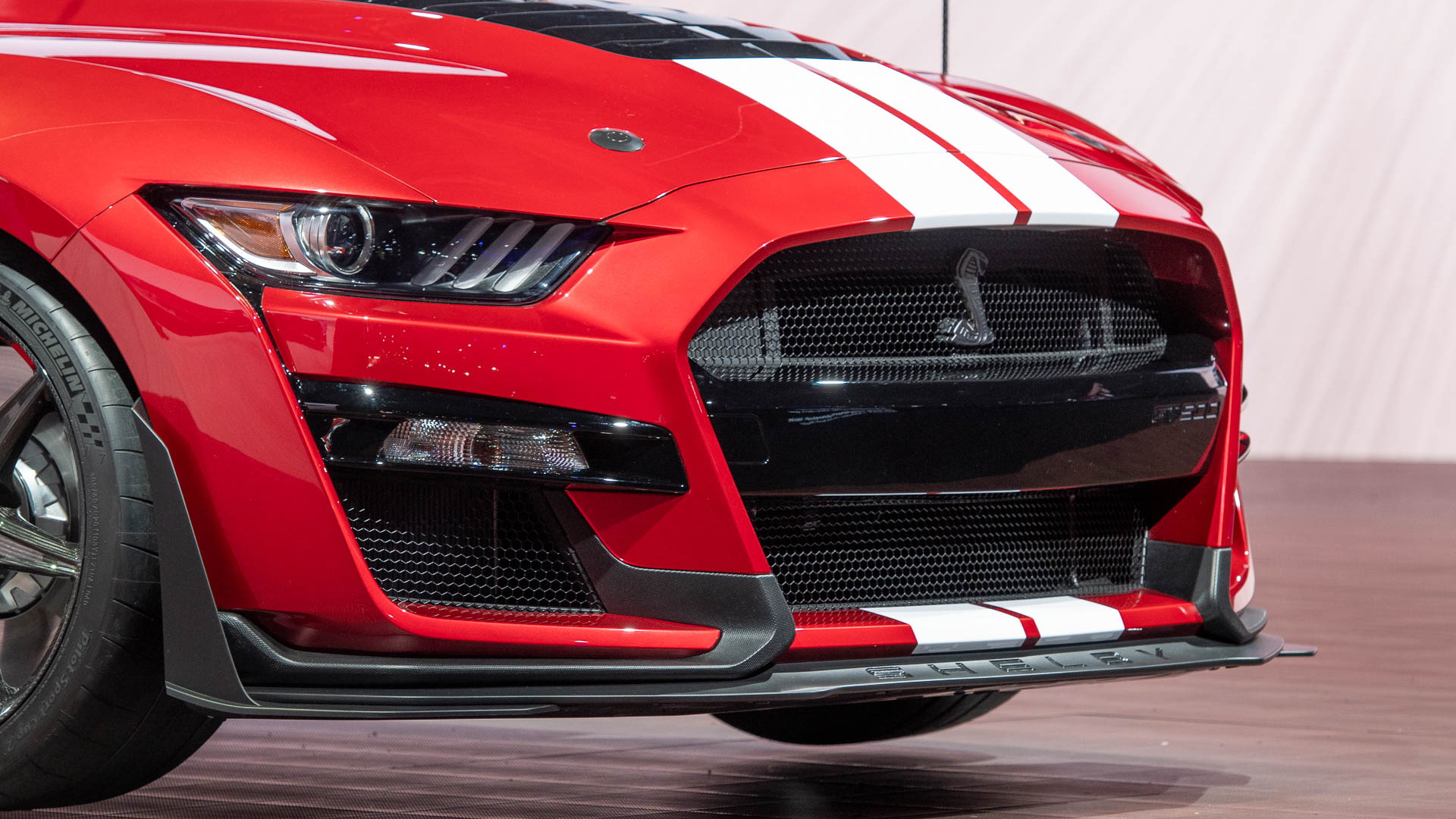 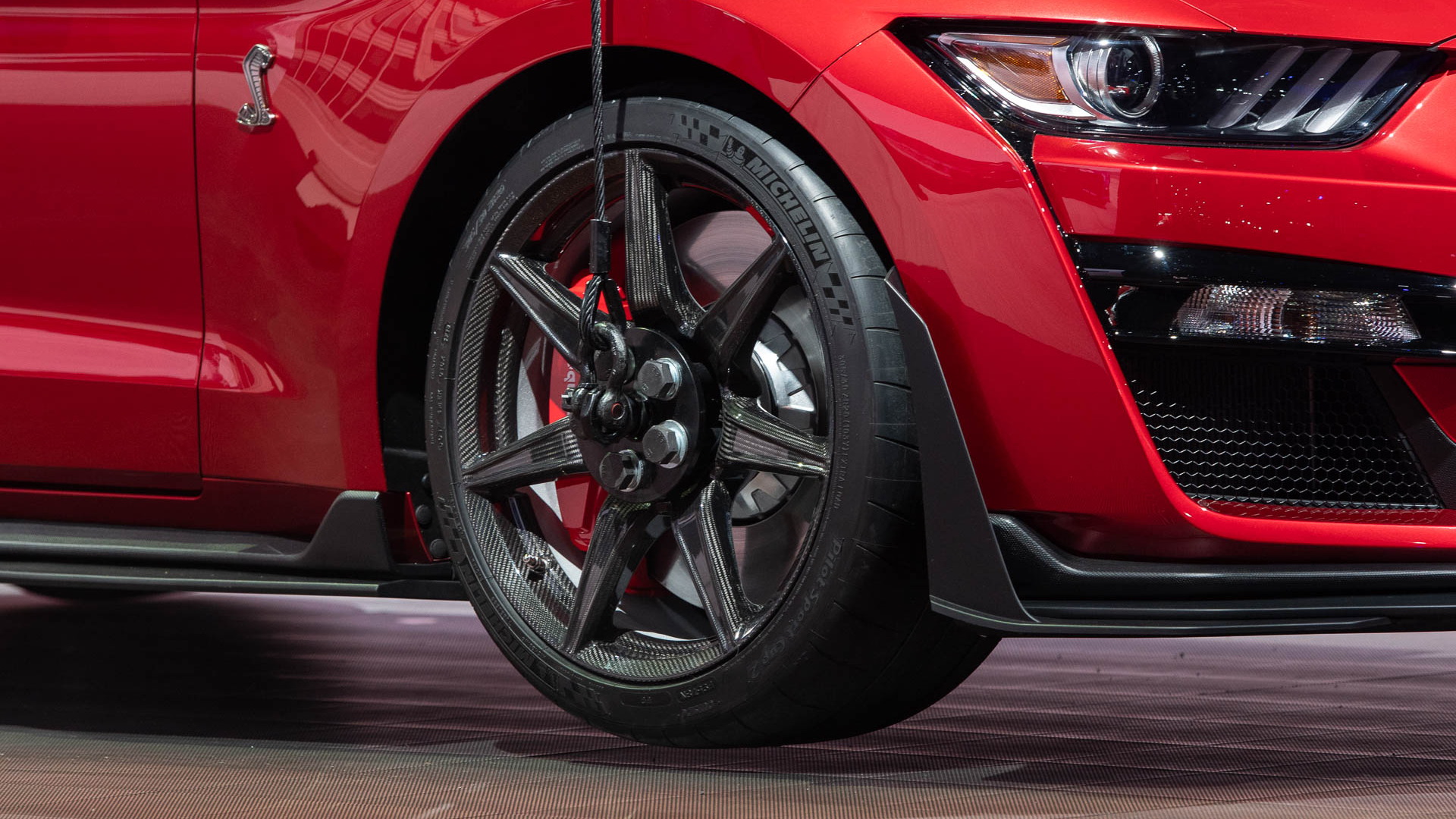 It's been 50 years since the Ford Mustang Shelby GT500 and Shelby GT350 shared the showroom, and for 2020 the two muscle cars sporting the automotive legend's name will once again.

On Monday, the 2020 Ford Mustang Shelby GT500 made its debut at the 2019 North American International Auto Show in Detroit, and the automaker said it's the pinnacle of the sixth-generation pony car.

When it launches this fall, Ford said the GT500 will run the quarter-mile in under 11 seconds and spring from 0 to 60 mph in the mid 3-second range.

Blown, for all the power

The heart and soul of the 2020 Shelby GT500 is a 5.2-liter V-8 engine force fed by a 2.65-liter Eaton supercharger spooling 12 psi. The supercharger is mounted low in the valley of the big V-8 with a low-profile design as Ford didn't want it to stick up and create a hood bulge.

While the block is the same as the Shelby GT350's 5.2-liter engine, the internals are reworked, as the GT500 features a cross-plane crank along with with beefier block and cylinder walls, different bolt lengths, ribbing, and valve seats. To handle the G-forces around on the a race track, the GT500's oil pan features active baffling and side tanks. A magnesium tower brace is supposed to keep the engine from twisting.

Each engine is hand built by two people and will be signed by the builders.

To keep everything cool, Ford's installed six heat exchangers into the front along with an auxiliary radiator.

Ford didn't announce final power outputs, but said they would detail more closer to the car's launch this fall. One tantalizing detail: the GT500 will have more than 700 horsepower.

All that power will go straight to the rear wheels via a Tremec 7-speed dual-clutch gearbox controlled via a rotary gear selector, with three of those forward gears being overdrives while 4th gear is a 1:1 ratio. Plastic steering-wheel mounted paddle shifters let drivers to control gear input. Even though the GT500 uses a 7-speed dual-clutch gearbox like the Ford GT, they're different transmissions entirely due to the differences in engine configuration. Ford developed four drive modes for the transmission: normal, weather, sport, drag and track, and there's also a line lock feature.

READ: The 2020 Ford Mustang Shelby GT500 doesn't have a manual transmission, here's why

Electronic dampers with four ride-height sensors help keep things in control with the ability to change 1,000 times a second.

Bringing the snake back to reality are the largest front brakes ever on an American production coupe according to Ford: massive 16.5-inch 2-piece front rotors that have 20 percent more swept area than the front brakes on the GT350, while in back smaller 14.6-inch rotors do their thing. Front rotors are grabbed by 6-piston fixed calipers while rears are grabbed by a 4-piston setup, and the entire brake system is provided by Brembo.

From the A-pillars forward, the 2020 Shelby GT500 is new. The front fenders are wider than every other Mustang on sale today to fit the wide front wheels, and both the fender and hood are made out of SMC fiberglass. Due to the high speeds the GT500 can achieve, Ford's installed hood pins as standard equipment.

Wider than ever, the gaping grille allows the GT500 to swallow 50 percent more air than the Shelby GT350 to feed the six heat exchangers.

The hood has a massive hole with louvers to allow heat to dissipate, and Ford developed a rain shield to keep the engine clean while still being easy to remove for track days. While the rain shield can be left on for track days, Ford said it becomes an aerodynamic issue that creates unwanted lift at track speeds.

Out back, the rear diffuser is made out of composite material so it won't melt from heat produced by the quad exhaust tips.

Inside the GT500 features a 12-inch digital gauge cluster and 8.0-inch touchscreen infotainment system with Apple CarPlay and Android Auto compatibility. A 12-speaker B&O audio system is an option, as are Recaro race seats.

A handling package adds a spoiler with Gurney flap along with strut top mounts. Those wanting more downforce will opt for the carbon fiber track package with the aforementioned carbon fiber wheels, adjustable carbon fiber GT4 wing, front spllitter, and front whickers with diver planes built-in along with a rear seat delete.

Available in 11 colors, the 2020 Ford Mustang Shelby GT500 will each come with a numbered dash plaque when it goes on sale this fall.