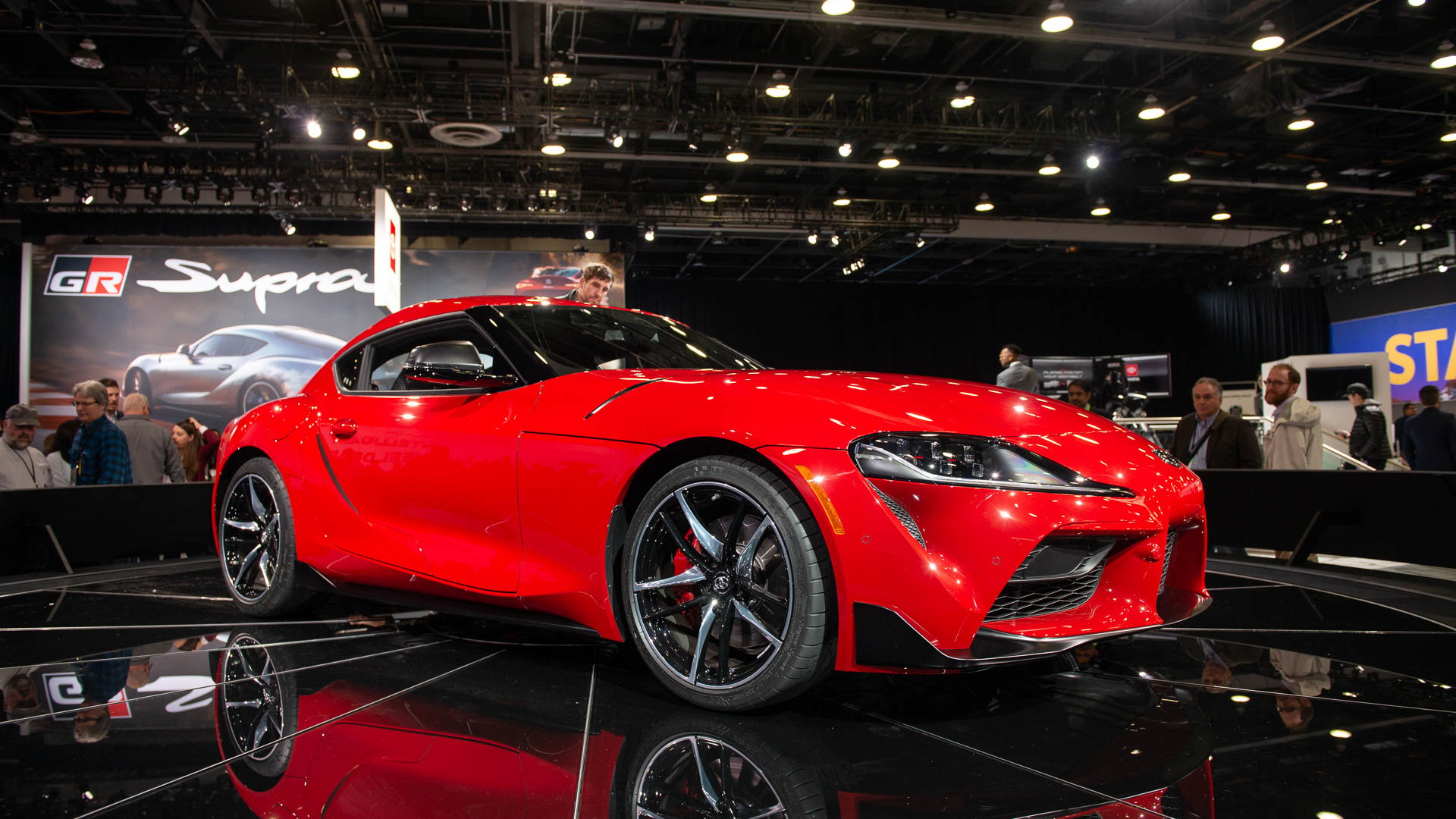 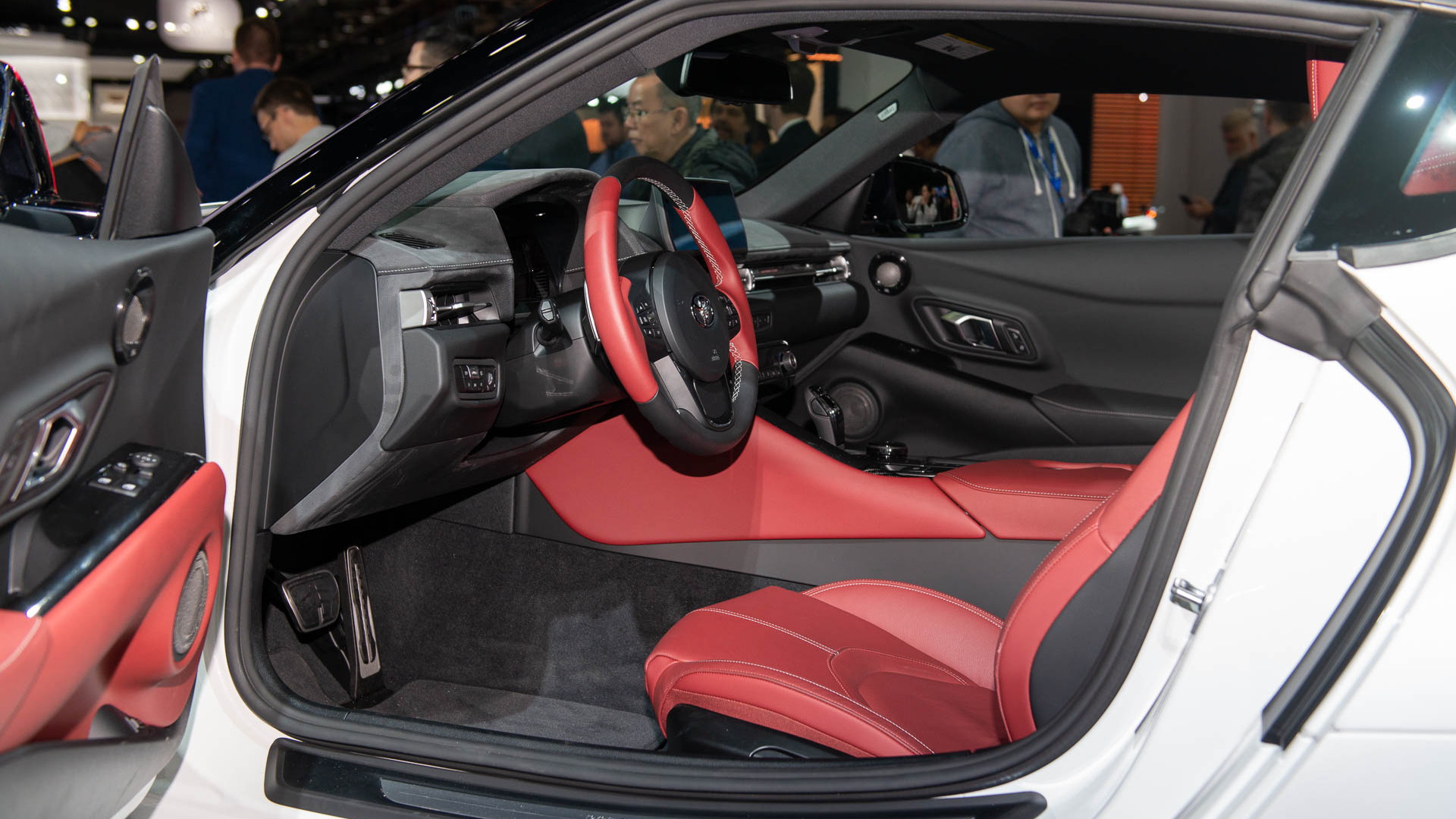 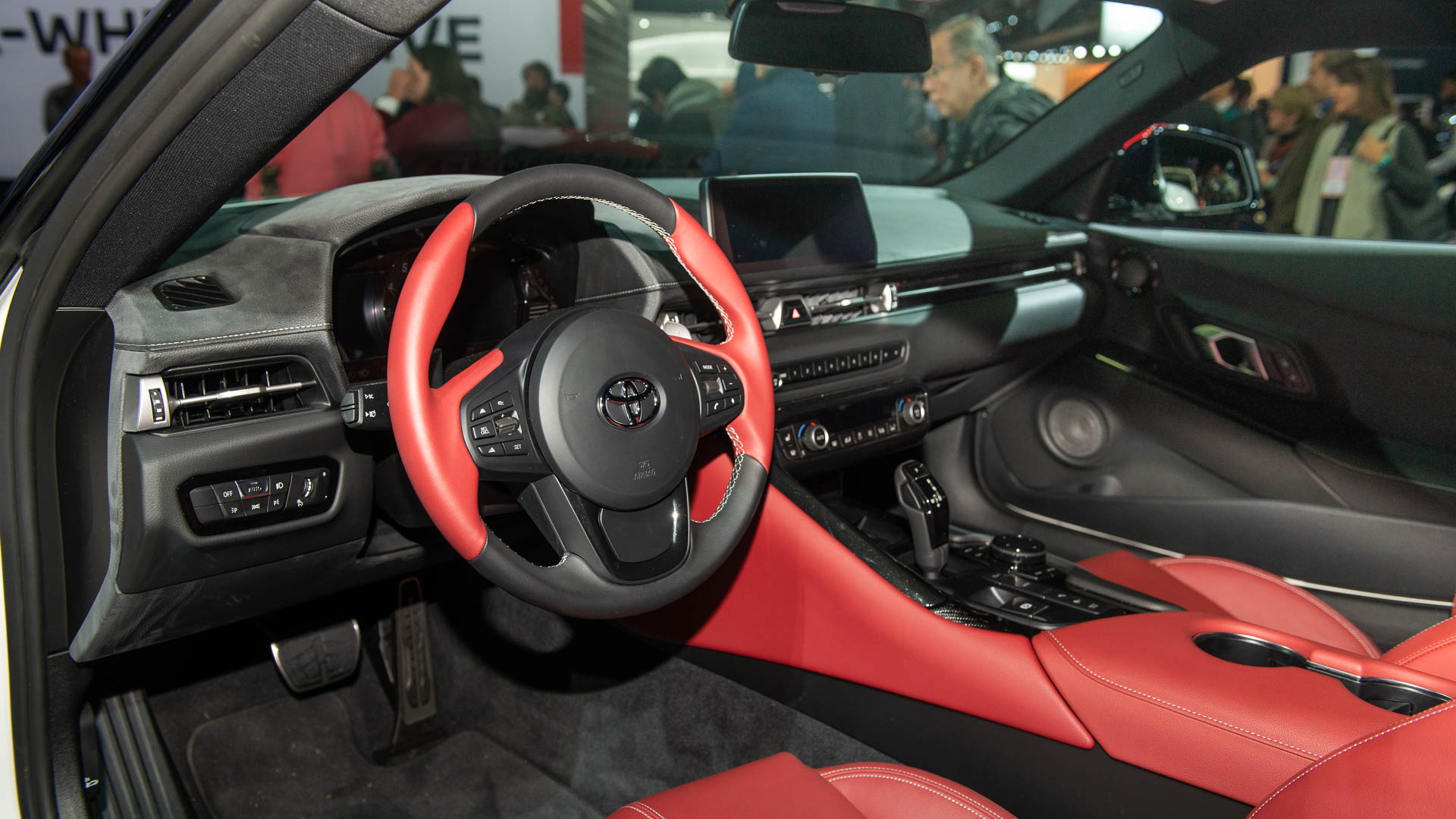 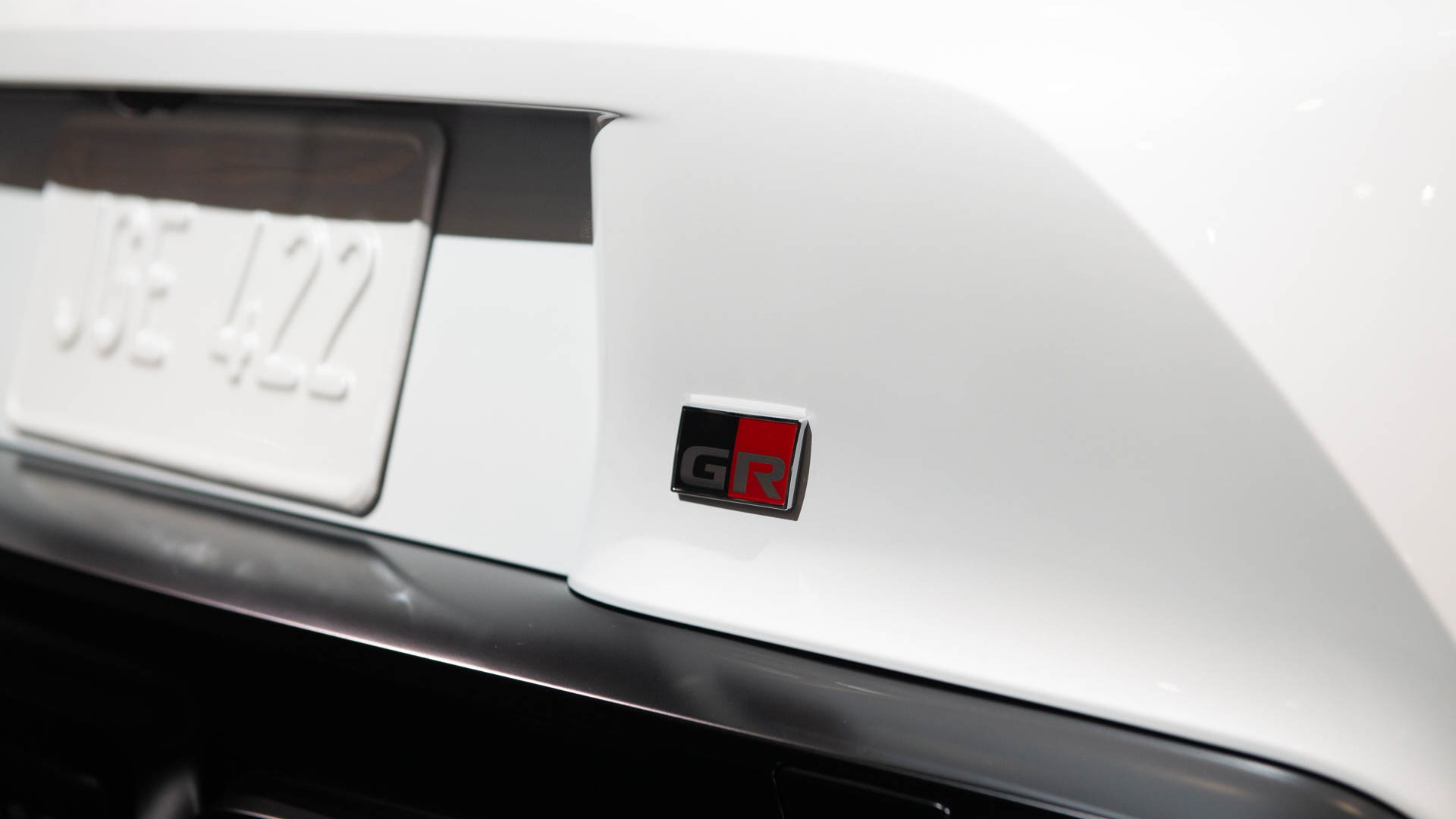 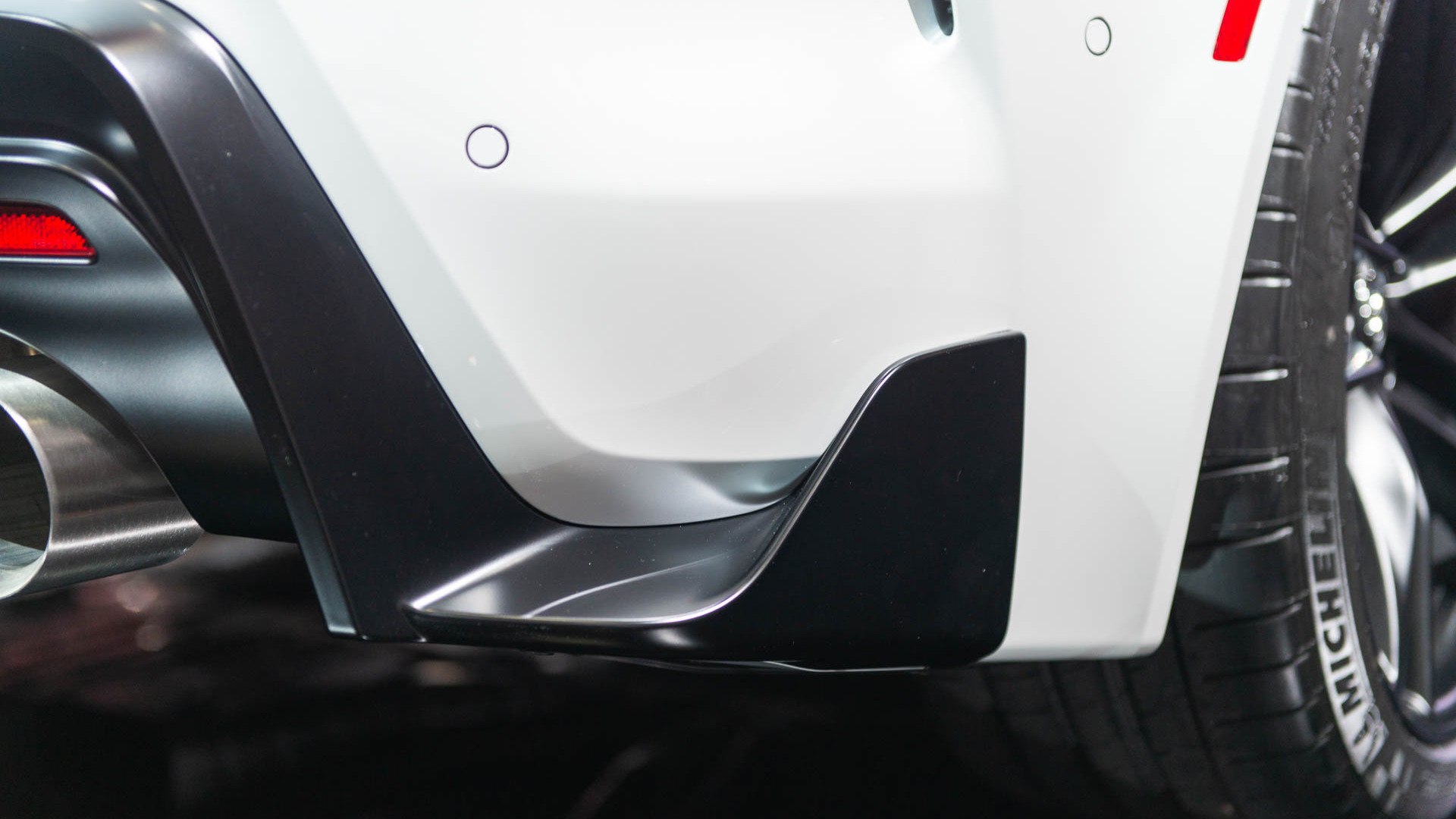 Toyota may be known for quality, reliability, and cars with all the handling prowess of a warm bath, but the Japanese brand has been injecting some emotion into its cars for a few years now. It's also been building some sports cars, though with the help of other brands. First it was the Toyota 86 (nee: Scion FR-S) with the help of Subaru, and now we get a reborn Supra with the assistance of BMW.

At the 2019 North American International Auto Show in Detroit on Monday, Toyota unveiled its worst-kept secret, the 2020 Supra, a hatchback coupe that honors the nameplate's heritage and looks like it will deliver sports car thrills.

The Supra launches with just one engine, a turbocharged 3.0-liter inline-6. It's the configuration Supra fans would want and it comes courtesy of BMW. With its twin-scroll turbocharger, direct injection, and variable valve timing and lift, the turbo-6 produces 335 horsepower and 365 pound-feet of torque. That power flows to the rear wheels through an 8-speed automatic transmission with steering wheel shift paddles. Toyota estimates a 0-60 mph sprint of a scant 4.1 seconds and says the top speed is electronically limited to 155 mph.

Toyota is also expected to offer a turbocharged 2.0-liter 4-cylinder engine, also from BMW (thanks goodness because the Toyota/Lexus engine pales in comparison), and possibly offer a manual transmission, though we don't know if it will be with one engine or both.

Toyota's Gazoo Racing teamed up with BMW to develop the car. Toyota gets a hatchback coupe while BMW's Z4 is a roadster with a convertible soft top. Toyota says the car has a stiff structure, a very low center of gravity, and perfect 50/50 front/rear weight balance.

Aluminum front control arms and an aluminum five-link rear independent suspension save unsprung weight, and the Supra comes standard with adaptive adjustable dampers with Normal and Sport settings. Variable-ratio and-variable assist power steering controls the action. An active differential has a clutch to control torque between the rear wheels and can open or close anywhere from 0 to 100 percent. Toyota says the rear dif helps maintain greater momentum in corners and ensures neutral handling by reducing both understeer and oversteer.

Drivers will be able to wake up the car's responses with a Sport mode. It will loosen up the stability control, liven up the throttle response, increase the steering weight, hold gears longer, adjust the differential tuning, and make the exhaust louder. Normal mode calms things down again.

The new Supra is a small car with a wheelbase just 97.2 inches long and an overall length of 172.5 inches, just 6 inches longer than the Toyota 86. Now in its fifth generation, the new Supra takes its basic shape from the fourth generation car of the the 1990s, but it is far more expressive. It has lots of curves and organic lines that resolve into scoops and intakes. But it also channels a classic sports cars with its long hood, set-back double-bubble roof, short tail with a prominent spoiler, and wide hips.

Inside, BMW clearly took over. The sport seats and infotainment are from the German automaker. The base model, called 3.0, comes with a 6.5-inch center screen and the BMW iDrive rotary dial. The 3.0 Premium and the Launch Edition models have an 8.8-inch touchscreen as well as a version of the dial that accepts touch inputs. In front of the driver sits a digital instrument display, and Toyota offers a color head-up display.

The first 1500 cars built will be Launch Editions, which will be offered in Absolute Zero White, Nocturnal Black or Renaissance Red 2.0, each with red mirror caps and 19-inch forged matte black  wheels. The white and black cars will come with red leather seats and steering wheel grips, red center consoles, and carbon-fiber trim. The red car will have a black interior with carbon fiber. All 1,500 will also get a number carbon-fiber badge on the dash with a reproduction of Toyota President Akio Toyoda's signature.

Look for Toyota to release information on its 4-cylinder models as the launch nears this summer.