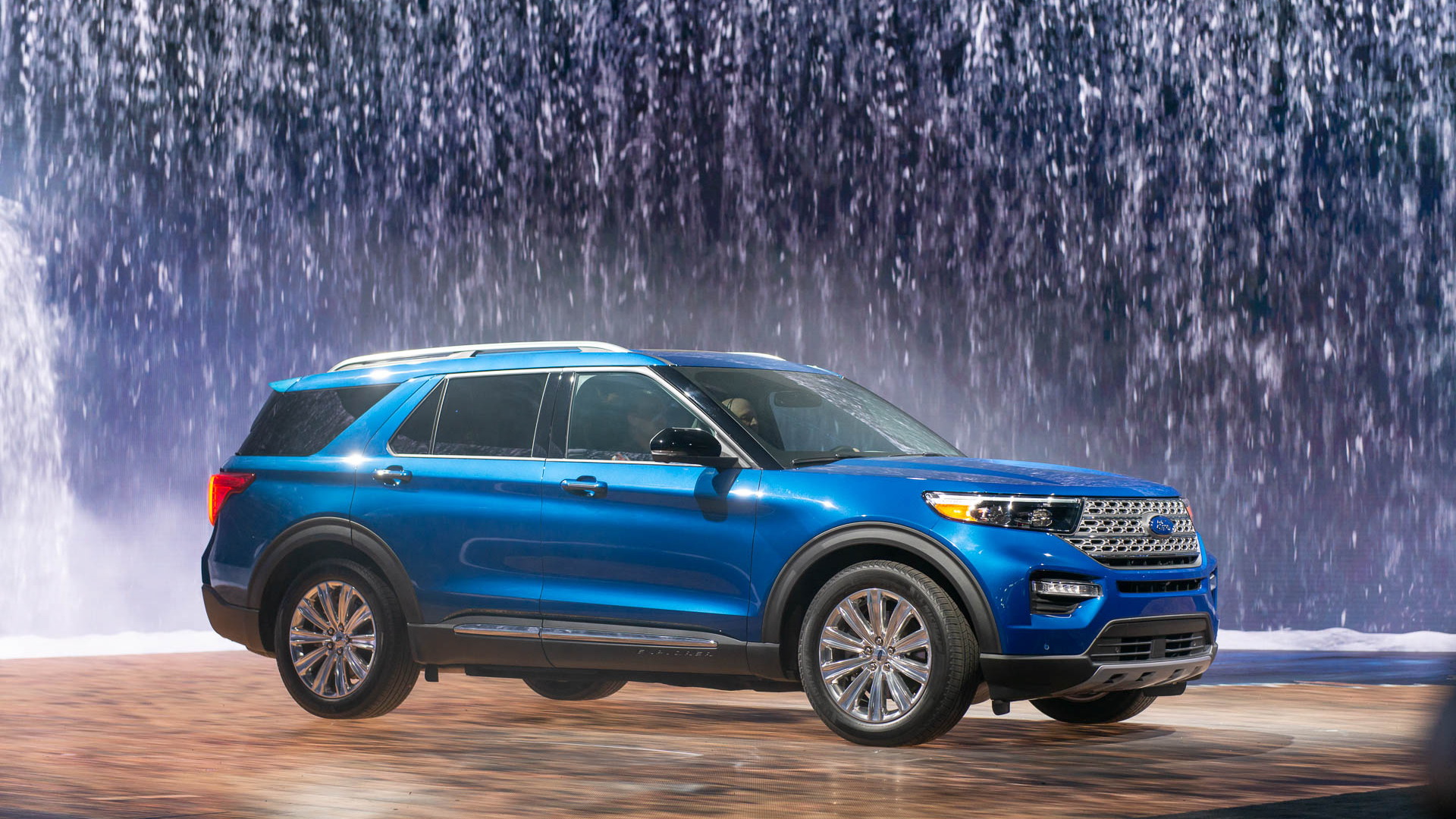 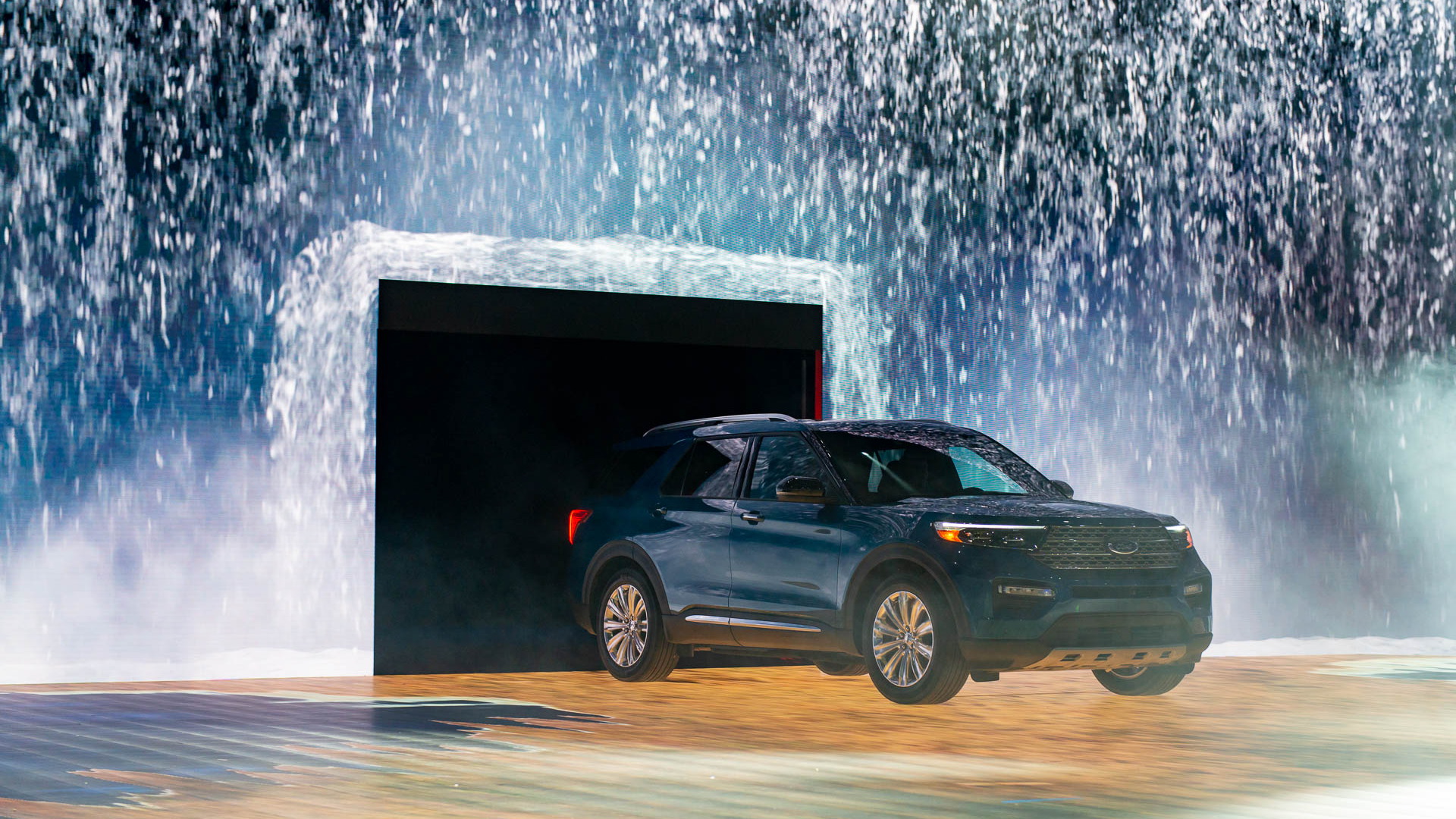 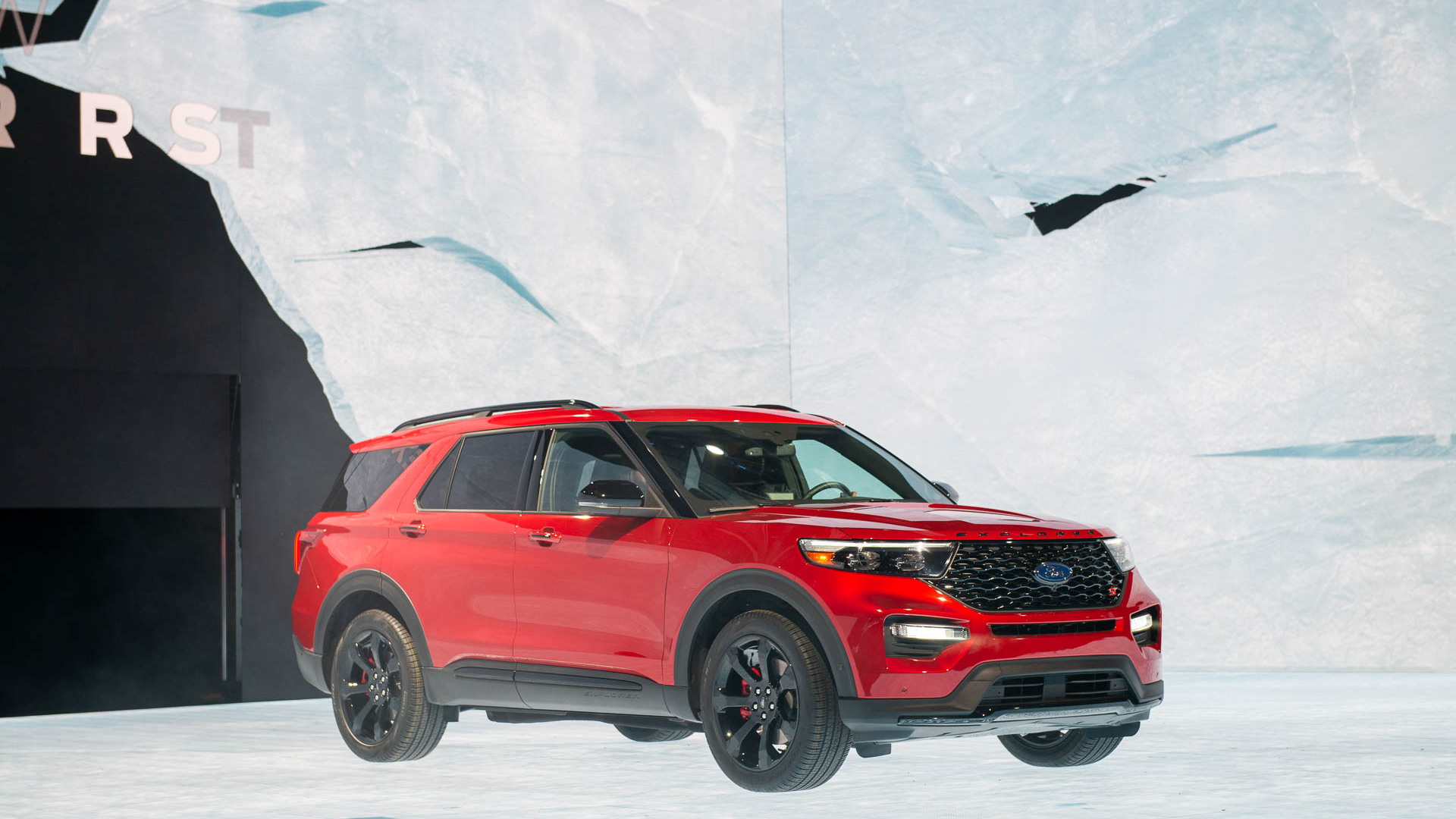 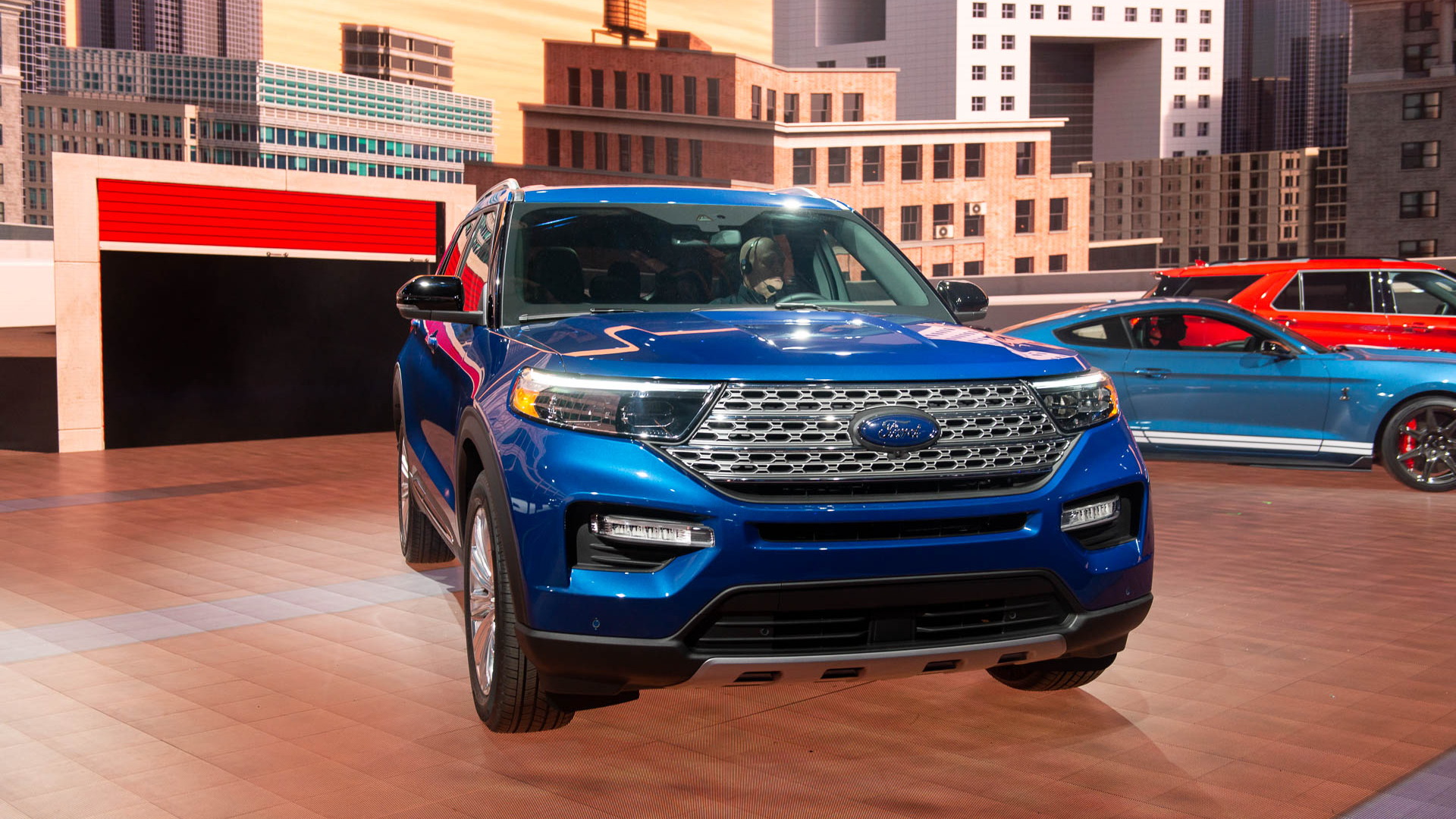 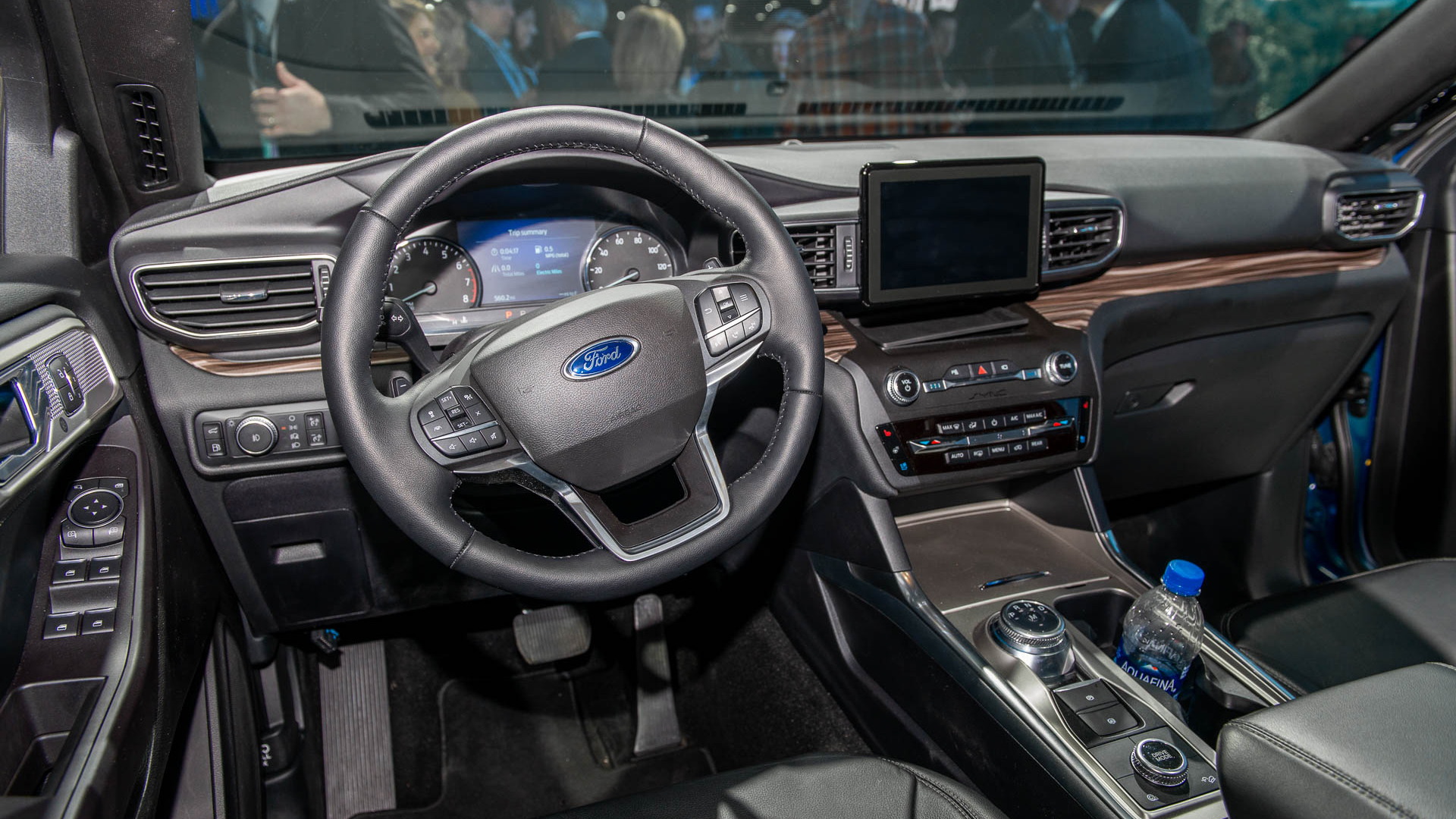 It's been less than a week since the 2020 Ford Explorer made its formal debut, and the Blue Oval's already expanding the crossover SUV's lineup. On Monday at the North American International Auto Show in Detroit, Ford introduced the 2020 Explorer hybrid and ST models to give Americans more options in the showroom.

Set to replace the Explorer Sport in the lineup, the Explorer ST will be the most-powerful model in the lineup. It gets the 3.0-liter twin-turbo V-6 from the Platinum model but here it's retuned and given more boost to produce 400 horsepower and 415 pound-feet of torque. All-wheel drive is standard, and the lone transmission continues to be the 10-speed automatic.

Ford claims the Explorer Sport has a top speed of 143 mph, is faster than the Range Rover Sport with its supercharged V-6 engine, and is the fastest three-row SUV under $60,000.

To make the ST handle and stop better, Ford retuned the dampers, upgraded the brakes, and dialed-in an ST-specific brake booster calibration.

Options include the ST Street Pack and ST Track Pack, both of which come with 21-inch aluminum wheels, red brake calipers, and their own individual brake upgrades.

CHECK OUT: Here's what the 2020 Ford Mustang Shelby GT500 sounds like

Those interested in the most efficient Explorer will opt for the hybrid model. The powertrain pairs a 3.3-liter V-6 with a 1.5-kwh lithium-ion battery pack, a 10-speed modular transmission, and an electric motor. The motor provides up to 200 pound-feet of torque and contributes to a combined system output of 318 hp and 336 lb-ft of torque to the rear wheels. All-wheel drive is an option.

Ford isn't talking fuel economy yet, but claims up to 500 miles of range on a single tank of gas. The automaker told Motor Authority the hybrid's gas tank holds 19.4-gallons, which means the hybrid should get about 26 mpg, which isn't exactly impressive compared to the Toyota Highlander Hybrid's EPA rating of 29/37/28 with standard all-wheel drive.

Opting for the hybrid model won't be a large compromise, however. Ford said the hybrid can tug up to 5,000 pounds (down just 600 pounds from the Explorer's max tow rating of 5,600 pounds), which is 1,500 pounds more than a Highlander Hybrid can haul.

The small lithium-ion battery pack is mounted under the rear passenger seat in the second row, which means none of the Explorer's 87.8 cubic feet of cargo space is lost by opting for the most-efficient Explorer.

READ: The 2020 Ford Mustang Shelby GT500 doesn't have a manual transmission, here's why

Ford hasn't announced pricing for either the Explorer hybrid or ST, but said both will go on sale this summer with the rest of the lineup.