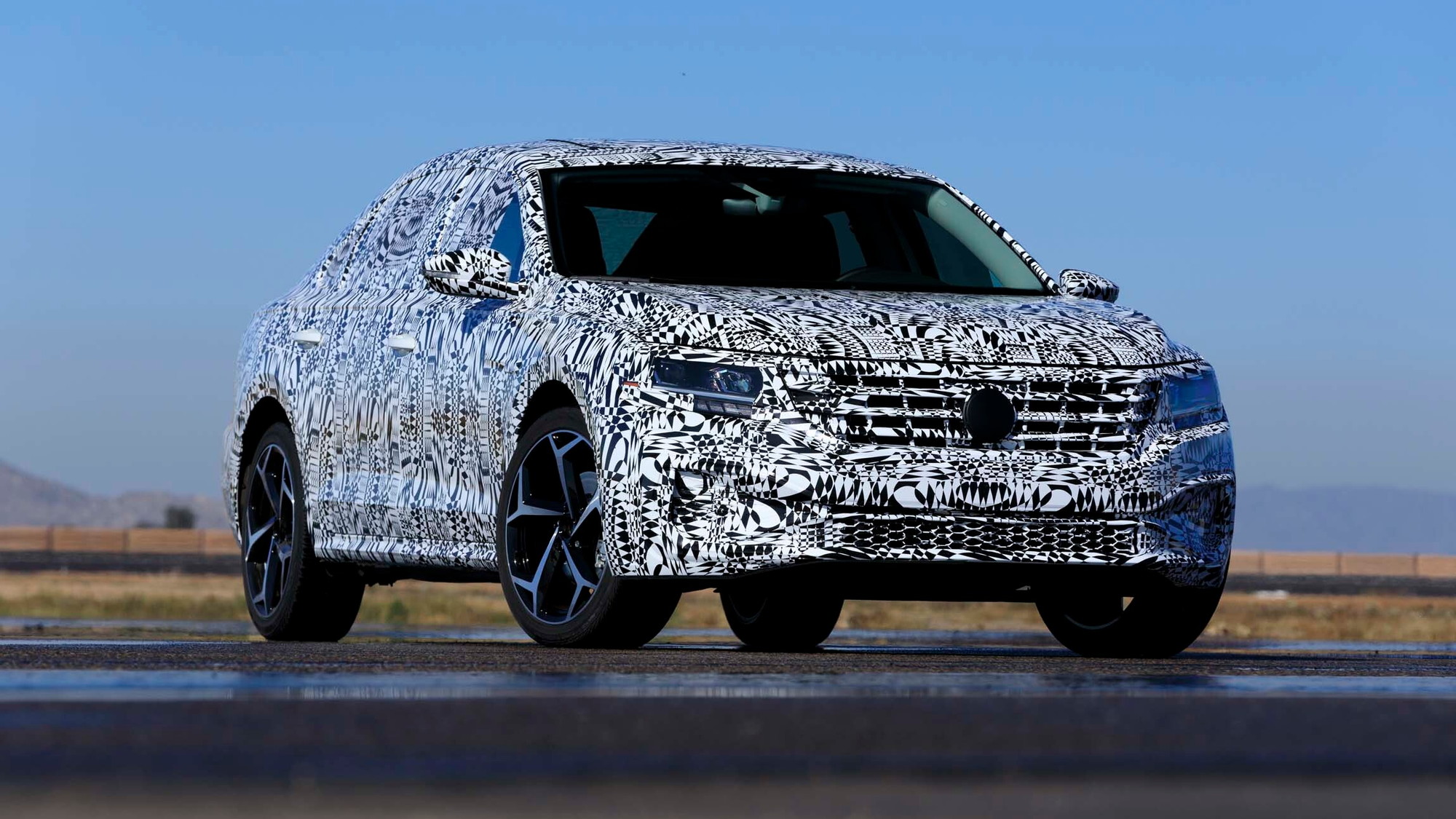 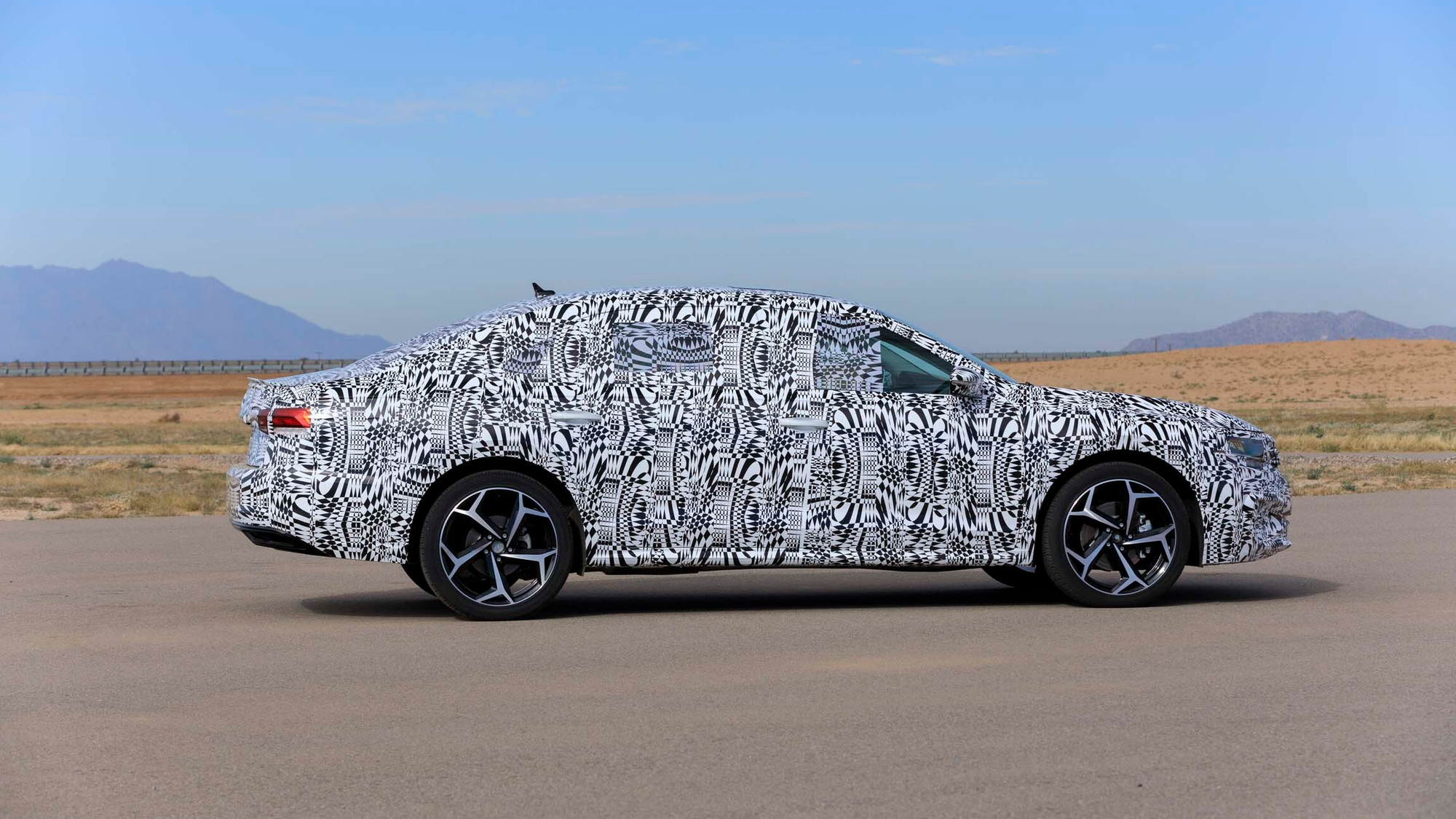 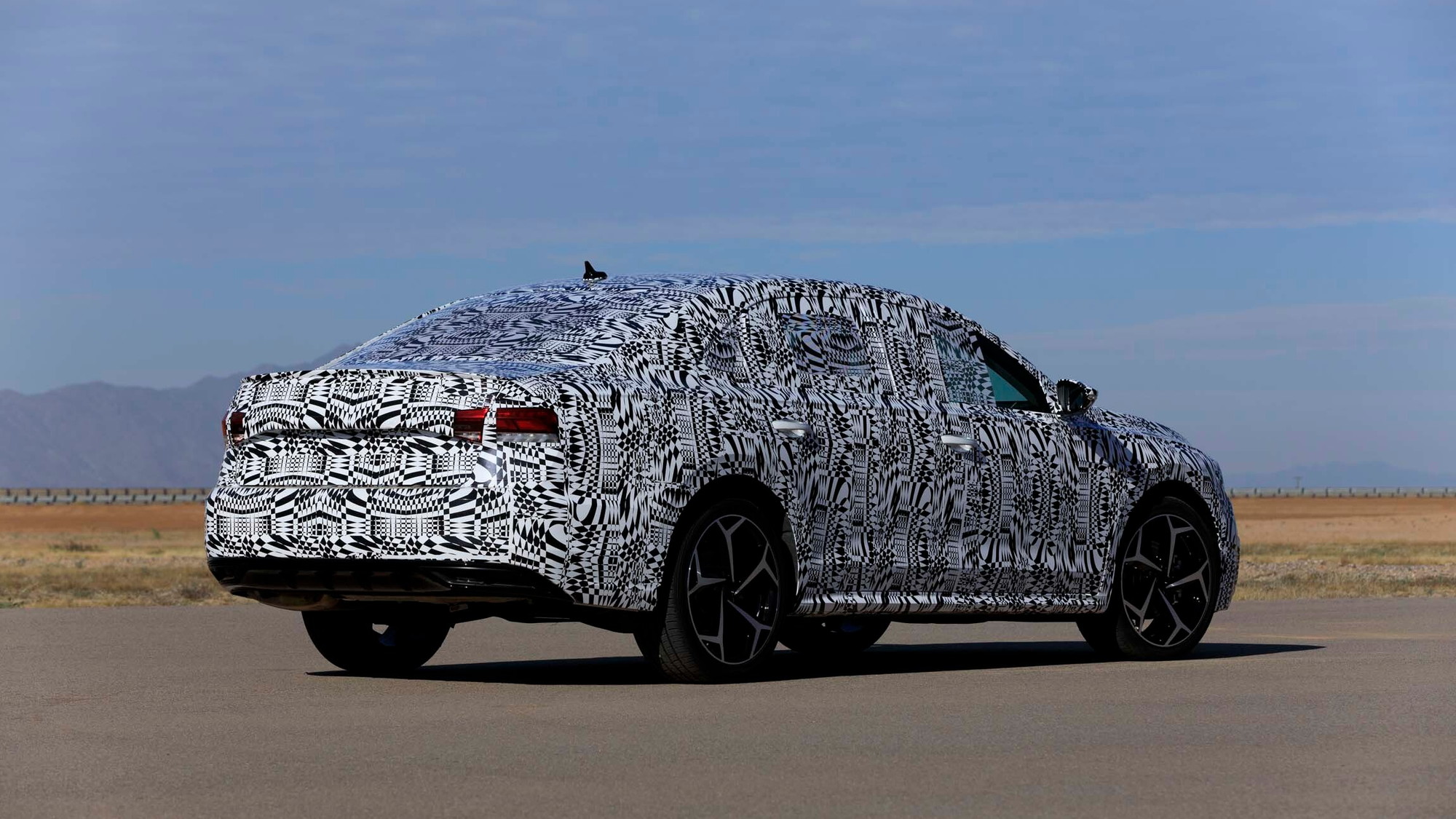 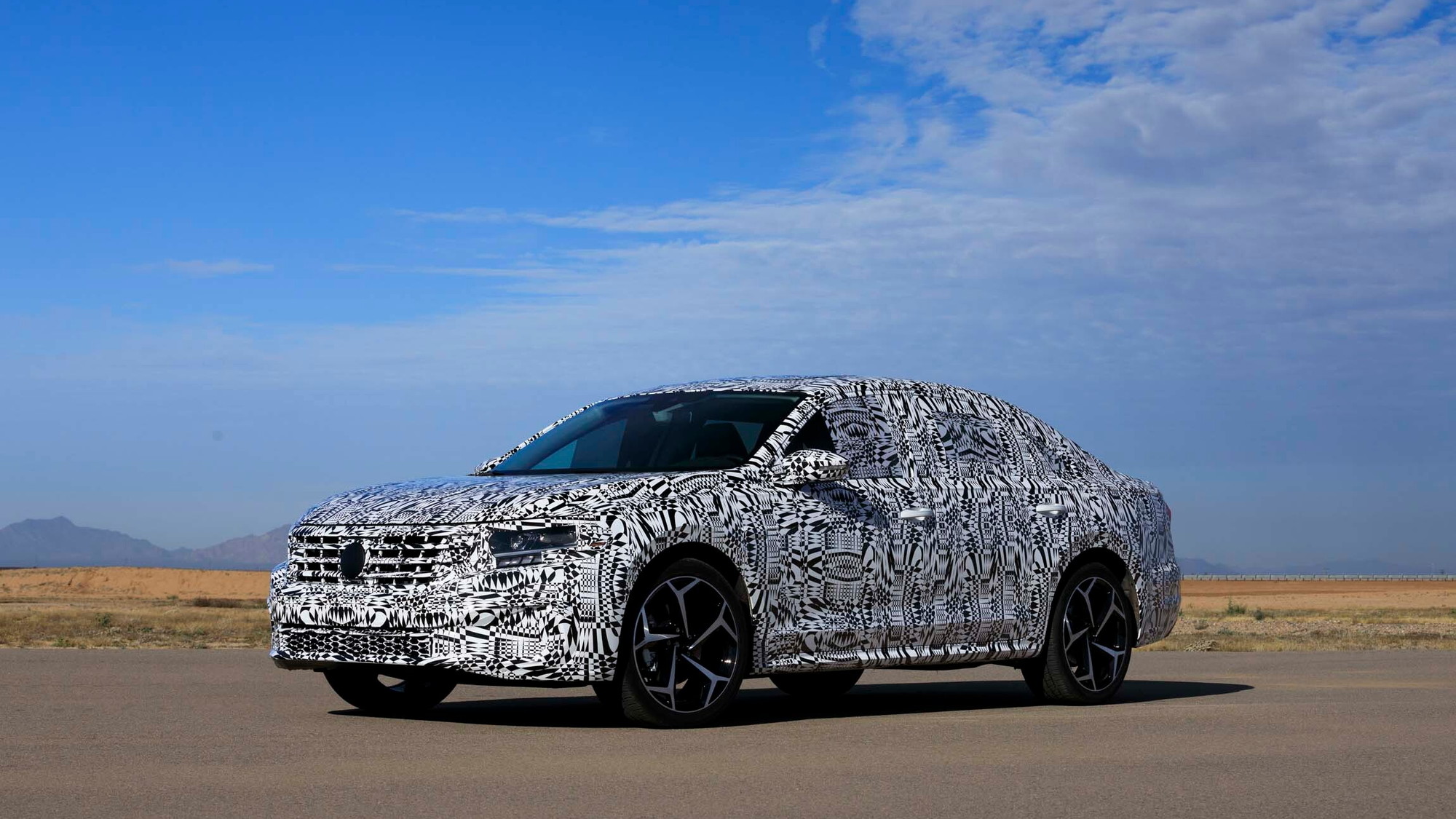 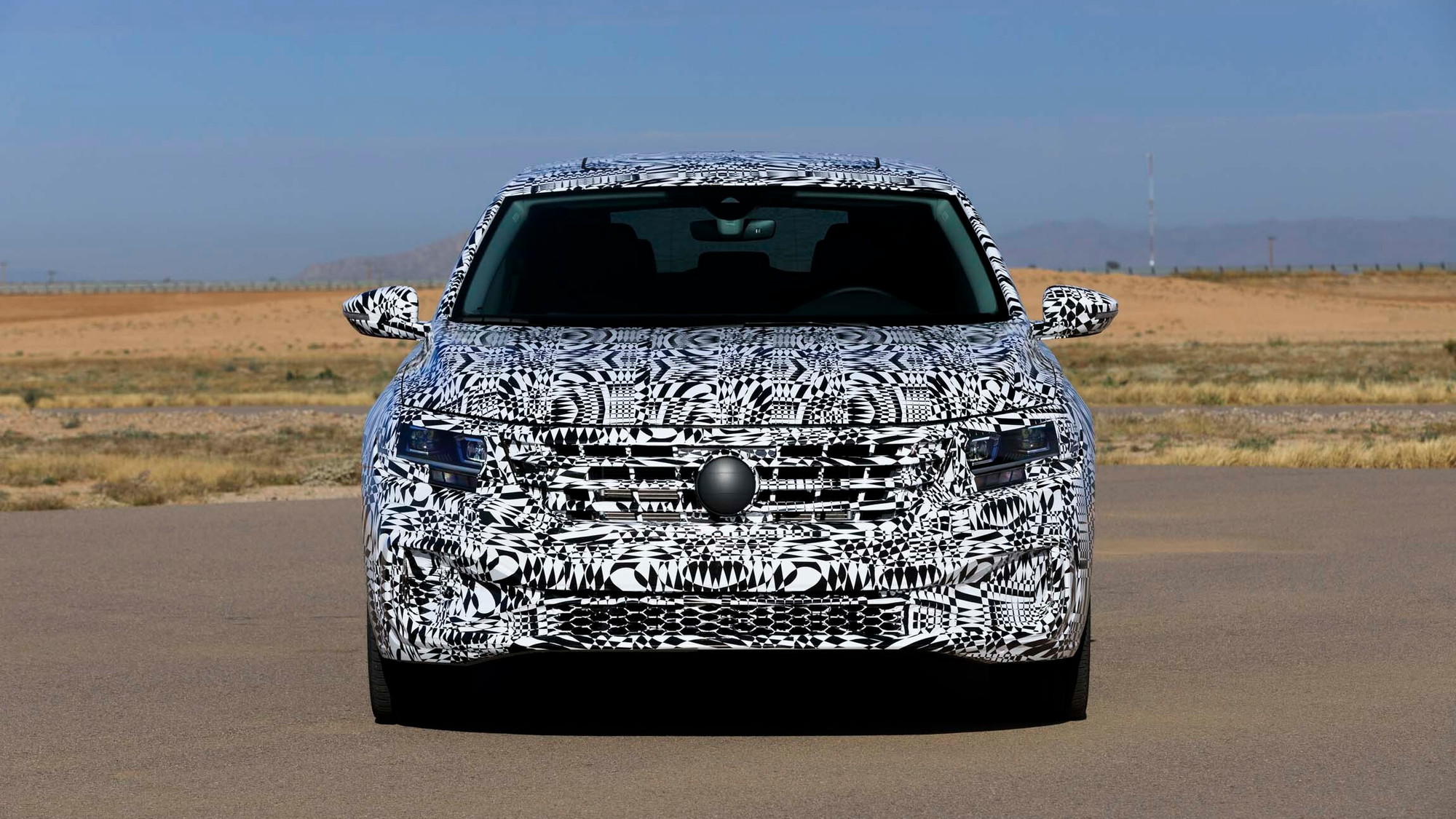 When the last mid-size sedan buyer exits the showroom in favor of a crossover SUV, Volkswagen will be there to turn out the lights.

That’s the overriding thought about the 2020 VW Passat I drove in lightly camouflaged guise at the automaker’s proving grounds south of Phoenix.

The Sonoran Desert is full of surprises. VW’s engineers talked of finding frozen rattlesnakes that snuck into massive chambers that simulate cold-weather testing before the cooling systems were switched on.

The 2020 Passat, however, doesn’t hold many surprises.

Unlike the slew of new VWs to hit American roads over the last few years, it doesn’t take advantage of the automaker’s modular structure called MQB. The new Passat really isn’t all that new. Its bones are shared with the outgoing model, which hit the market for the 2011 model year nearly a decade ago.

There’s good news, though. The outgoing Passat is light on personality, but not on refinement. It’s quiet, spacious, priced competitively, and has earned good scores in crash tests. The new model isn’t likely to change any of that.

In the dozen or so miles I drove on terrain ranging from loose gravel to a 114-mph sprint on a banked curve to an undulating paved surface inspired by the world’s worst roads, the 2020 Passat felt unphased. Its 2.0-liter turbo-4 elicited a mellow, distant thrum into the cabin even at triple-digit speeds. The 6-speed automatic shifted smoothly, a pleasant contrast against rivals that do less with more gears.

Last year, VW quietly snuck the latest version of its 2.0-liter turbo-4 under the Passat’s hood. A version of that engine returns as the sole option, boasting the same 174 horsepower as last year and 207 pound-feet of torque (up from 184 lb-ft). In my limited drive time in Arizona, the Passat seemed to accelerate briskly from a stop. VW estimated its curb weight won’t change much over last year’s roughly 3,300-pound figure, so the added torque is nothing to shrug at.

The Passat’s on-again, off-again relationship with VW’s V-6 engine is once again on hold, the automaker said.

VW will offer the 2020 Passat with an R-Line appearance package, but the automaker said not to expect any gains in performance. The R-Line will have a marginally firmer ride from its 19-inch wheels, rather than the 17- or 18-inch wheels fitted to other trims.

VW also hasn’t said if the Passat will be more efficient than the outgoing model’s 29 mpg combined rating when it hits the market next year. Its shape, with the appearance of a longer roofline and a sloping rear window, hints at better aerodynamics. Until VW finally pulls the wraps off of its mid-sizer at the 2019 North American International Auto Show in Detroit in January, we won’t know for certain if it’s any more slippery.

All models will use an 8.0-inch touchscreen for infotainment with standard Apple CarPlay and Android Auto compatibility. No built-in navigation will be on offer since VW expects most drivers will plug in their smartphones.

Inside, the Passat’s interior feels as spacious as before because, well, not much has changed. The car’s wheelbase remains about 110 inches and its interior measurements aren’t unlikely to change more than a tenth or two due to slightly reshaped seats.

The Passat’s conservative facelift opens up a slot for VW’s long-expected, MQB-based Arteon, which Oltmanns said will finally hit the U.S. this spring. VW expects the Arteon will be cross-shopped against the Acura TLX and Infiniti Q50 while the Passat will do battle with Camrys and Accords.

Neither is likely to lure buyers away from crossover SUVs, so perhaps it’s wise that VW didn’t dig deep into its resources to rework the Passat from the ground up.

Volkswagen provided travel and lodging to Internet Brands Automotive to bring your this firsthand report.