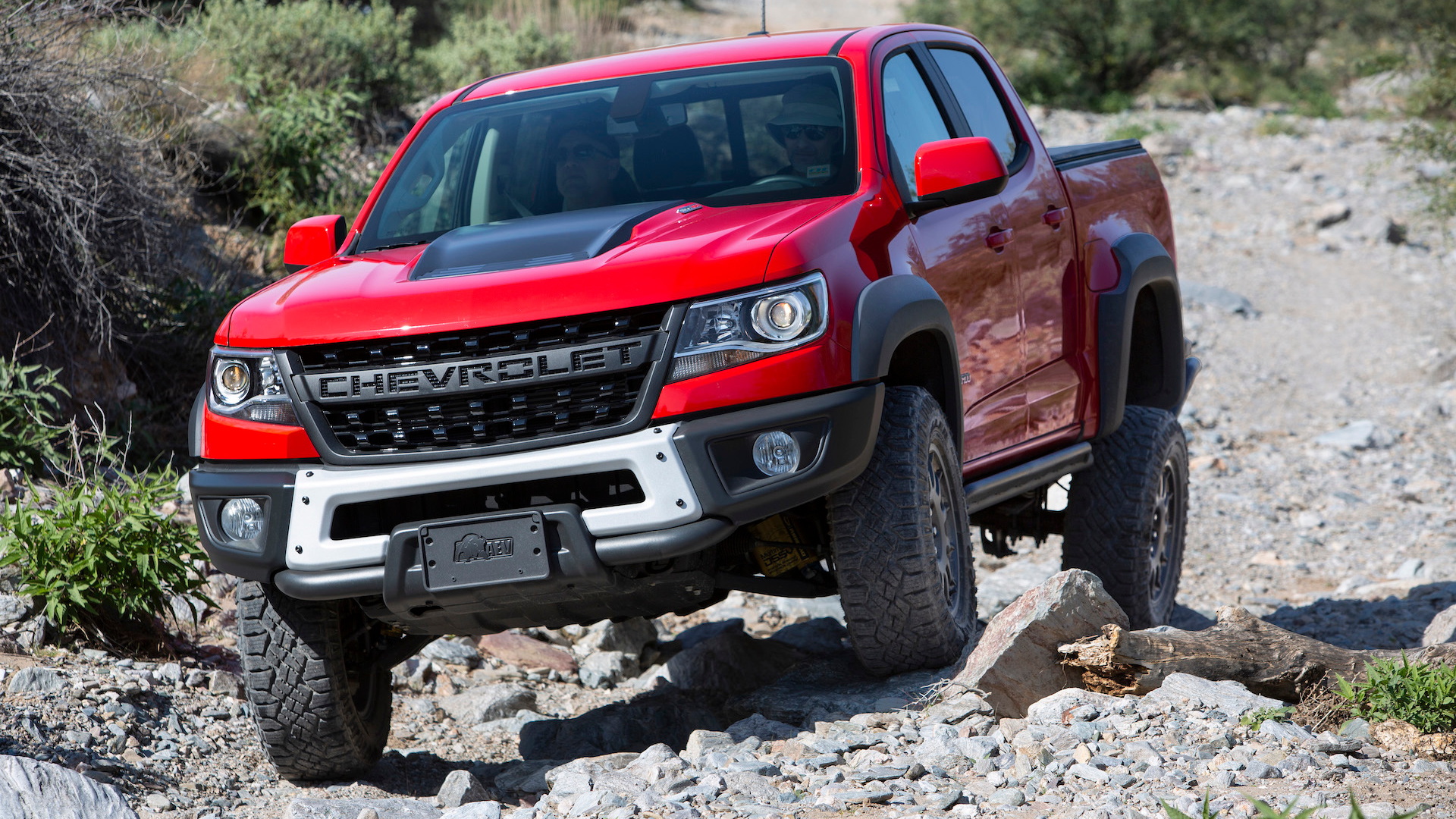 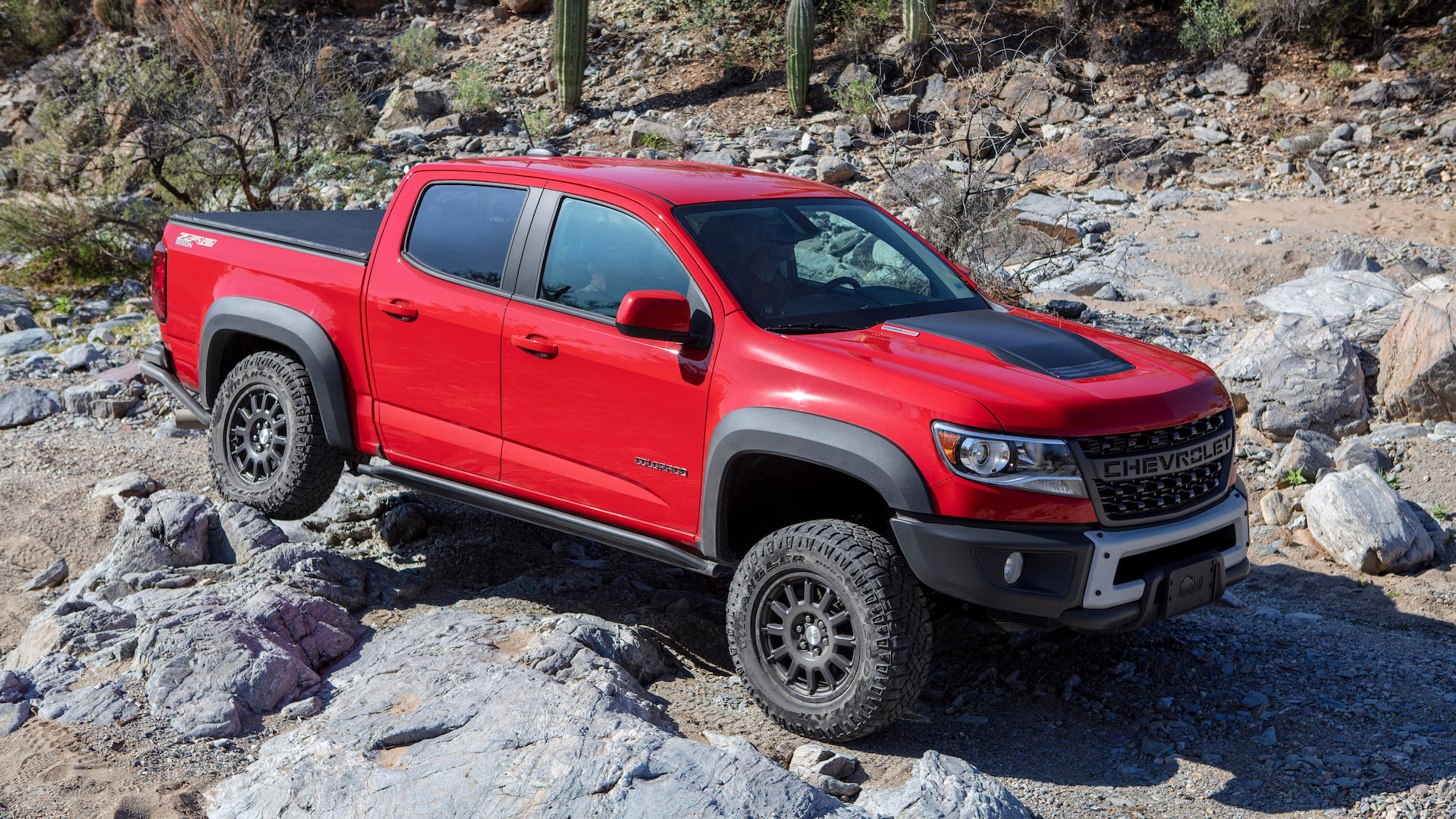 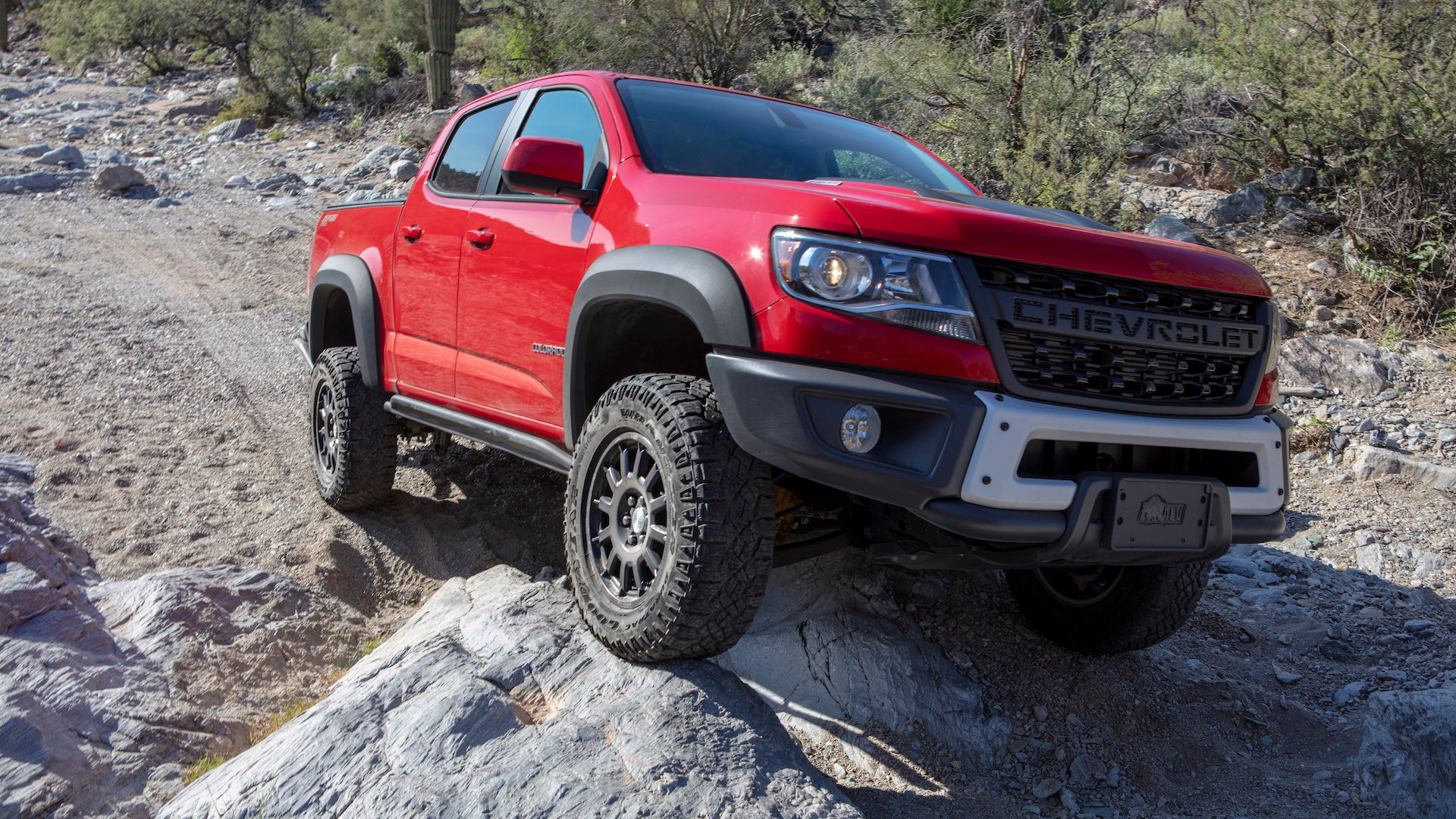 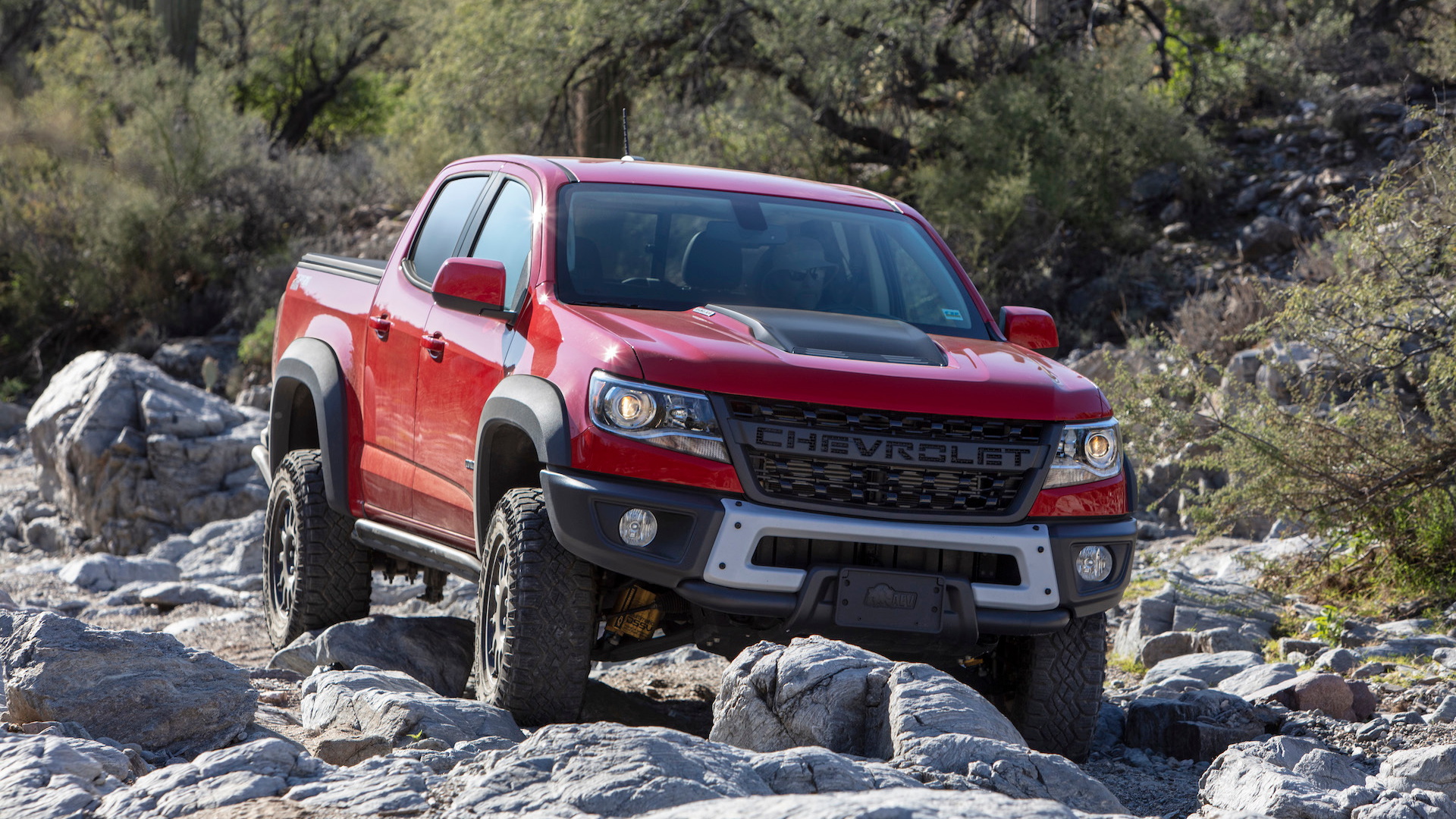 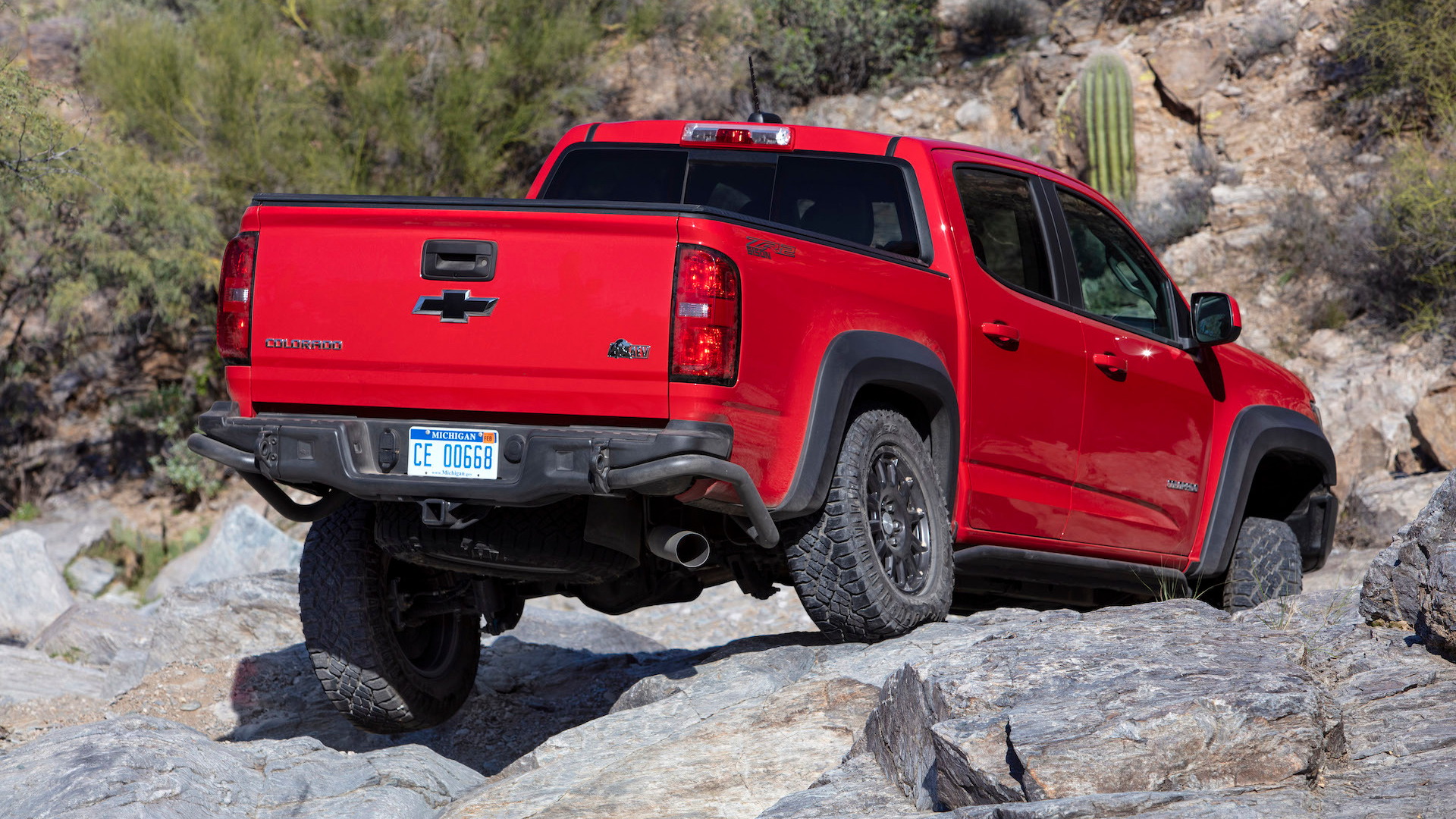 Ford launched the F-150 SVT Raptor almost a decade ago to thunderous applause. The reasons were fairly apparent. Big truck. Giant wheels. Pro-level suspension. Power. Most people just reveled in the way the overtly in-your-face Raptor tickled the funny bone of our collective truck-loving id; the place in our brains where unavoidable, Pavlovian, and instinctive impulses live. The Raptor is so id, it's Id.

Meet mini-id, the new Chevrolet Colorado ZR2 Bison, an off-roader fortified with the vitamins and minerals needed to tackle your Tonka-flashback dreams. The ZR2 Bison goes even farther down the off-roading trail than the already capable ZR2. The question is whether all the specialized equipment designed by American Expedition Vehicles (an off-roading gear outfitter) works as intended when you find yourself many miles from pavement.

The ZR2 Bison stands in contrast to the F-150 Raptor. Ford has designed the Raptor to emulate the Trophy Truck class of desert racing. That means it’s capable of high speeds off road. But it's not entirely clear what percentage of off-road-capable truck owners do any speedy off-roading, let alone anything close to the speeds of real Trophy trucks. I rather doubt Raptor owners are burning up their local desert dunes at 95 mph, complete with rooster tails of sand pitched 15 feet in the air.

Meanwhile, the Colorado ZR2 Bison jumps into the market focused on slower, more common off-roading over poor surfaces. It’s set up for rocks and crawling, with an extra layer of protection for the dangly bits. So the Bison’s mission statement is far slower-paced than the bigger Raptor’s, but perhaps it’s more realistic.

But the real meaty stuff lives in the shadows. Five skid plates hot-stamped from Boron steel cover both differentials, the transfer case, fuel tank, and oil pan. Chassis components shared with the regular ZR2 include the Multimatic DSSV remote-reservoir dampers, electronically locking differentials, and the beefy cast iron control arms. Also like the base ZR2, the Bison has 3.5 inches of additional front and rear track over the Colorado Z71, plus 2.0 inches more ride height.

Under the hood, Bisons use the same powertrains as the ZR2. Buyers have a choice of either the turbodiesel 2.8-liter inline-4 that makes 186 horsepower and 369 pound-feet of torque paired to a 6-speed automatic transmission or the 3.6-liter gasoline V-6 that delivers 308 hp and 275 lb-ft or torque though a newer 8-speed automatic. Using an older transmission with a newer engine seems a little counterintuitive. The diesel drivetrain also adds $3,500 to the tab.

Composed on road, a billy goat off

Given the hyper-knobby tires required to conquer off-road tasks, the Bison does the on-road slog remarkably well. In fact, given its specialized gear and the hoopla surrounding its rough-stuff capabilities, the Bison's on-road composure is a welcome plus. It stays relatively quiet up to about 75 mph on the highway before the tires start to sing, offers a flexible and comfortable driving position, and in no way beats you up on the tarmac while heading to the trail to, well, beat it up.

Once off-road, the Bison certainly shines. Silty, sandy, loose trails pose no real challenge. Likewise, medium-to-large rocks and boulders are swept aside as long as you're realistic with approach, departure, and ride height expectations. I had to lock the rear differential only twice during our morning-long romp in the Arizona wilderness, both occasions due to very loose terrain and very steep boulders to climb.

Those AEV-designed skid plates and protective gear did indeed grind on a few of the most rocky bits thrown at the Bison and for that, the diffs, the rockers, and the engine's sump were very grateful. Interestingly, diesel Bisons scraped their larger tailpipes at a few points where the V-6 versions didn't; V-6 models use more modest exhausts. (Note to AEV: have higher-placed pipes at the ready.)

Question answered. The extra off-roading bits help the Bison go places the not even the ZR2 can go.

One small missed opportunity, though, is a front-mounted camera to serve as eyes when the truck crests a steep hill and causes the driver to lose sight of the trail ahead. The truck already has one camera in back and therefore surely must have the network in place to activate a front camera.

Regardless of how capable the new Bison is, at a minimum of $48,045 in extended cab form, other off-roading animals lurk to embody America’s mid-size truck id. Toyota offers its popular Tacoma in both more mild TRD Off-Road trim for a minimum of $36,575, and in full-zoot TRD Pro guise at $46,410. (All figures here include destination charges.) The forthcoming Ford Ranger pickup will likely offer an FX4 off-road package, though Ford has said it won’t get a Raptor variant for this generation. The Jeep Gladiator pickup is looming in 2019 as well, with the capability to strip down some of its bodywork for open-air off-roading.

With compelling entries from Ford, Toyota and soon, Jeep, the Chevy Colorado ZR2 Bison faces a rocky trail ahead.

For now, though, the Bison the mini-id for mid-size truck who never quite graduated from playing with Tonka trucks in the sand box.

Chevrolet provided travel and lodging for this Internet Brands Automotive contributor to bring you this firsthand report.