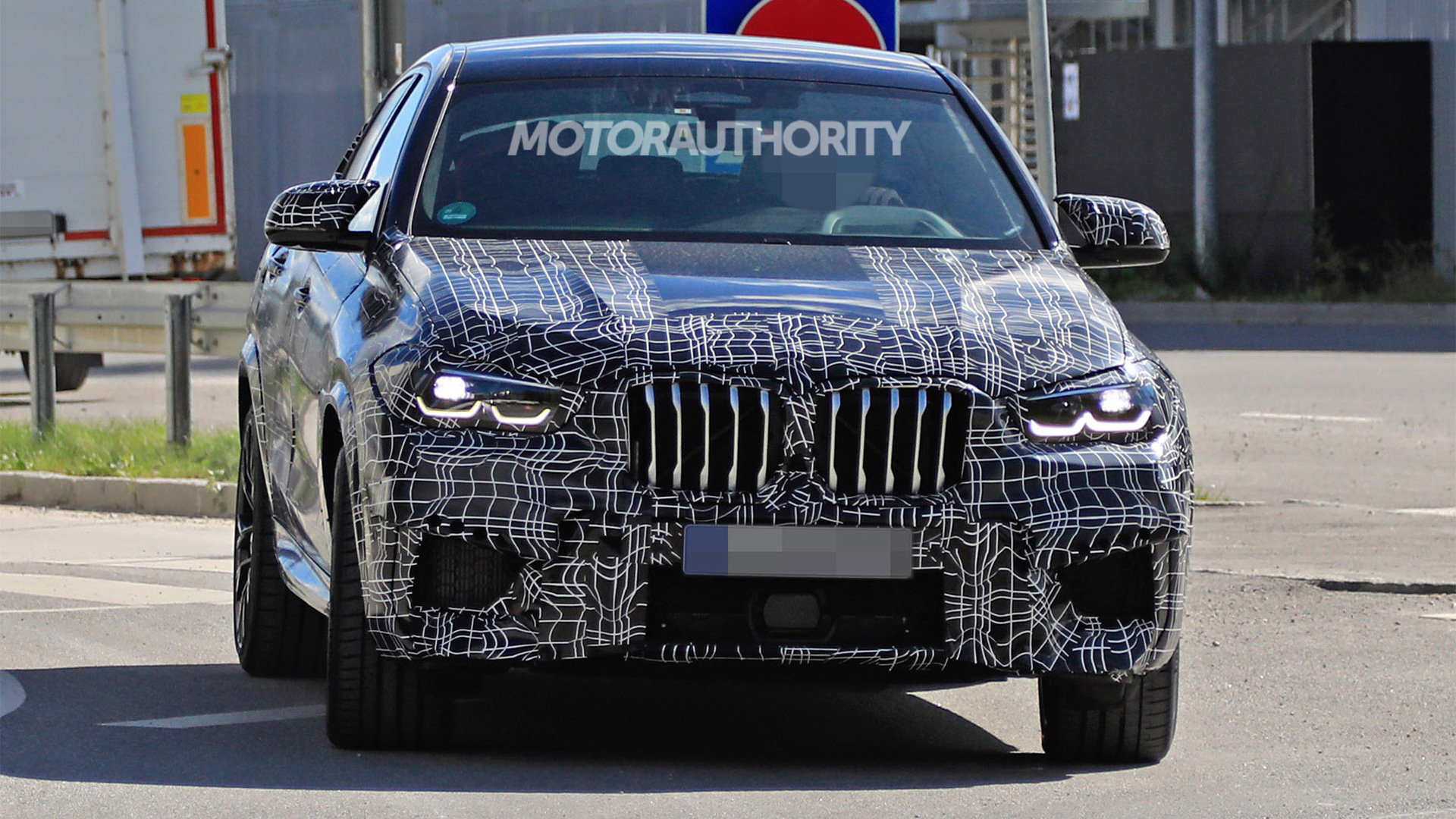 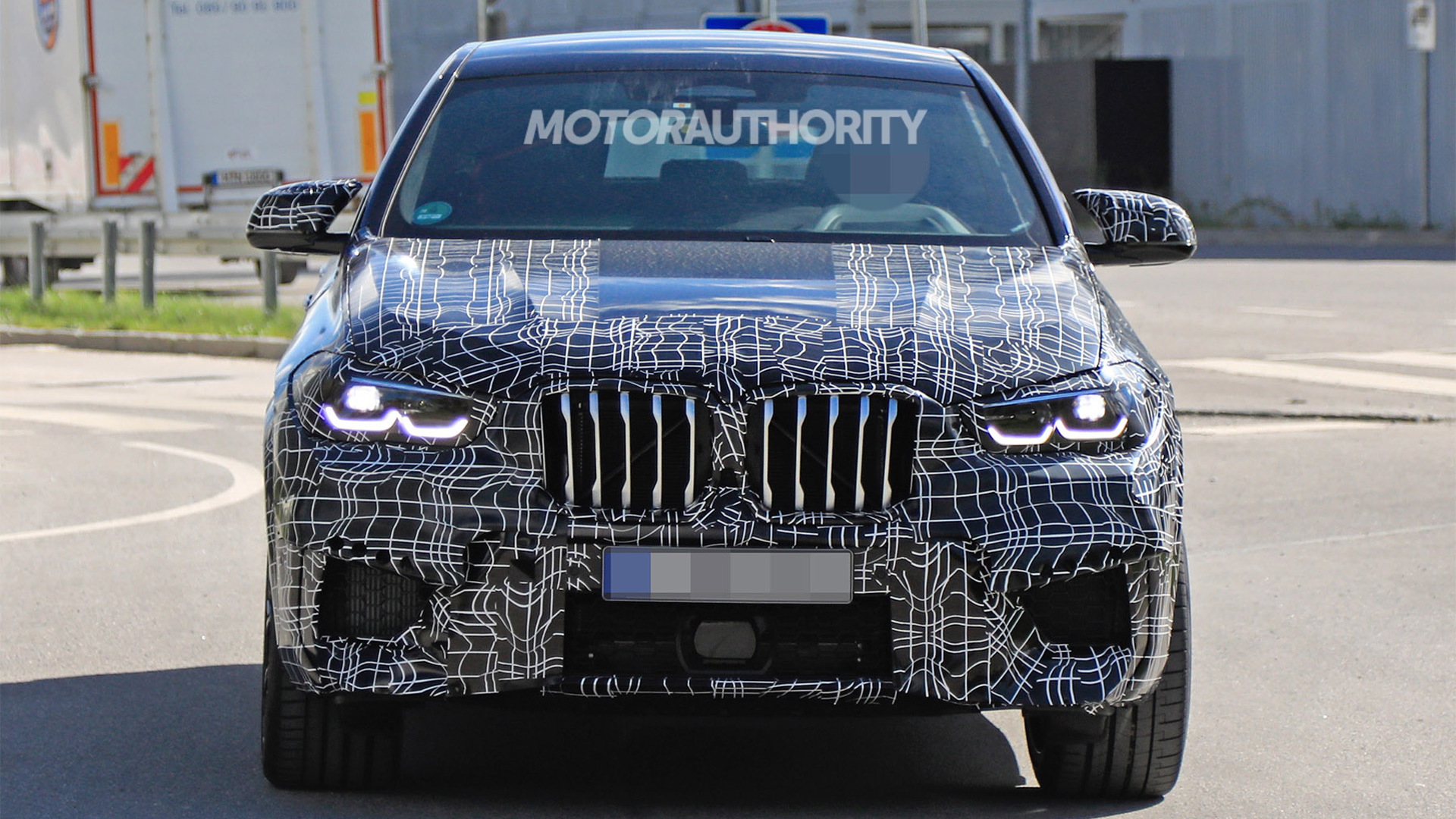 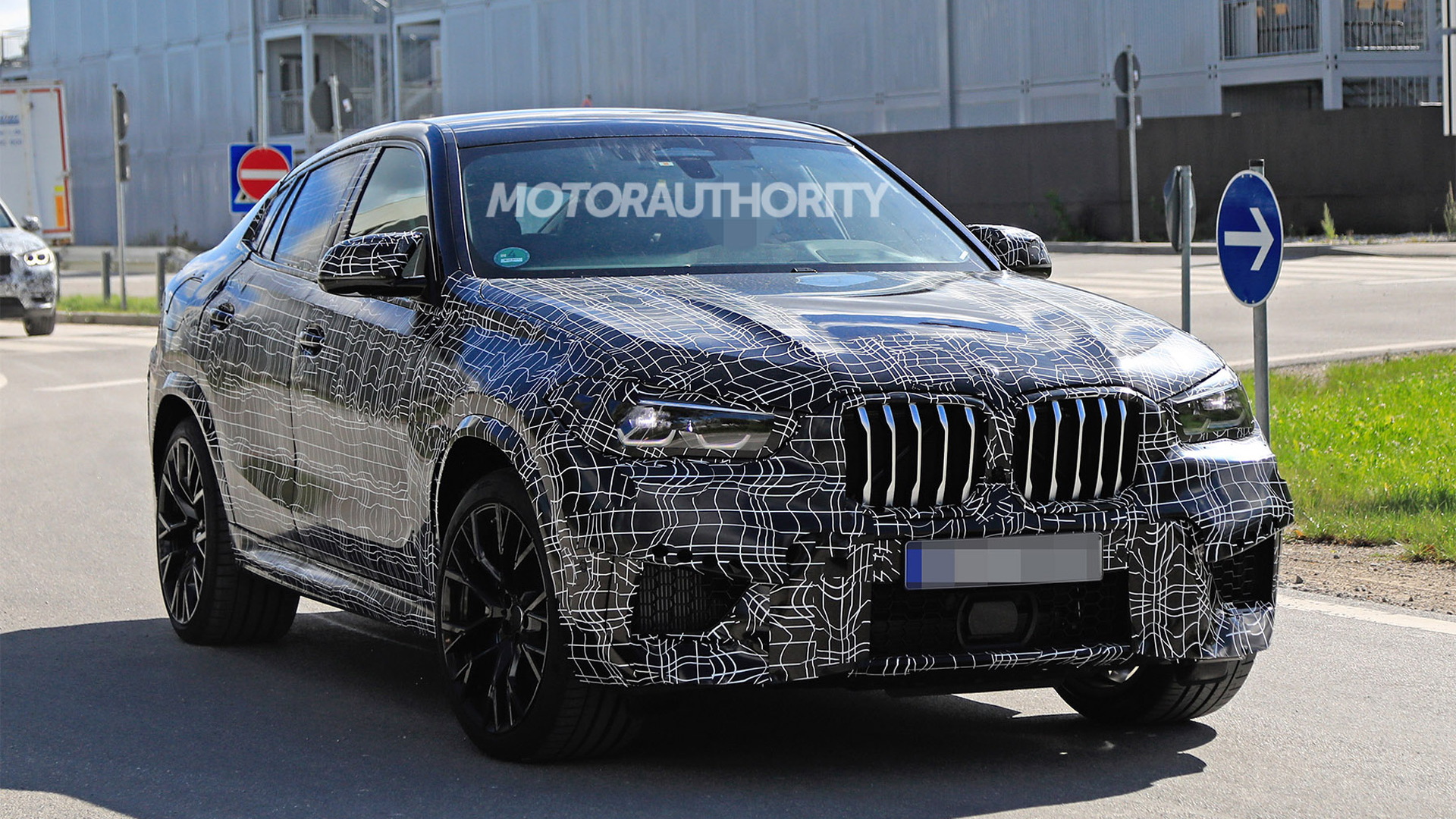 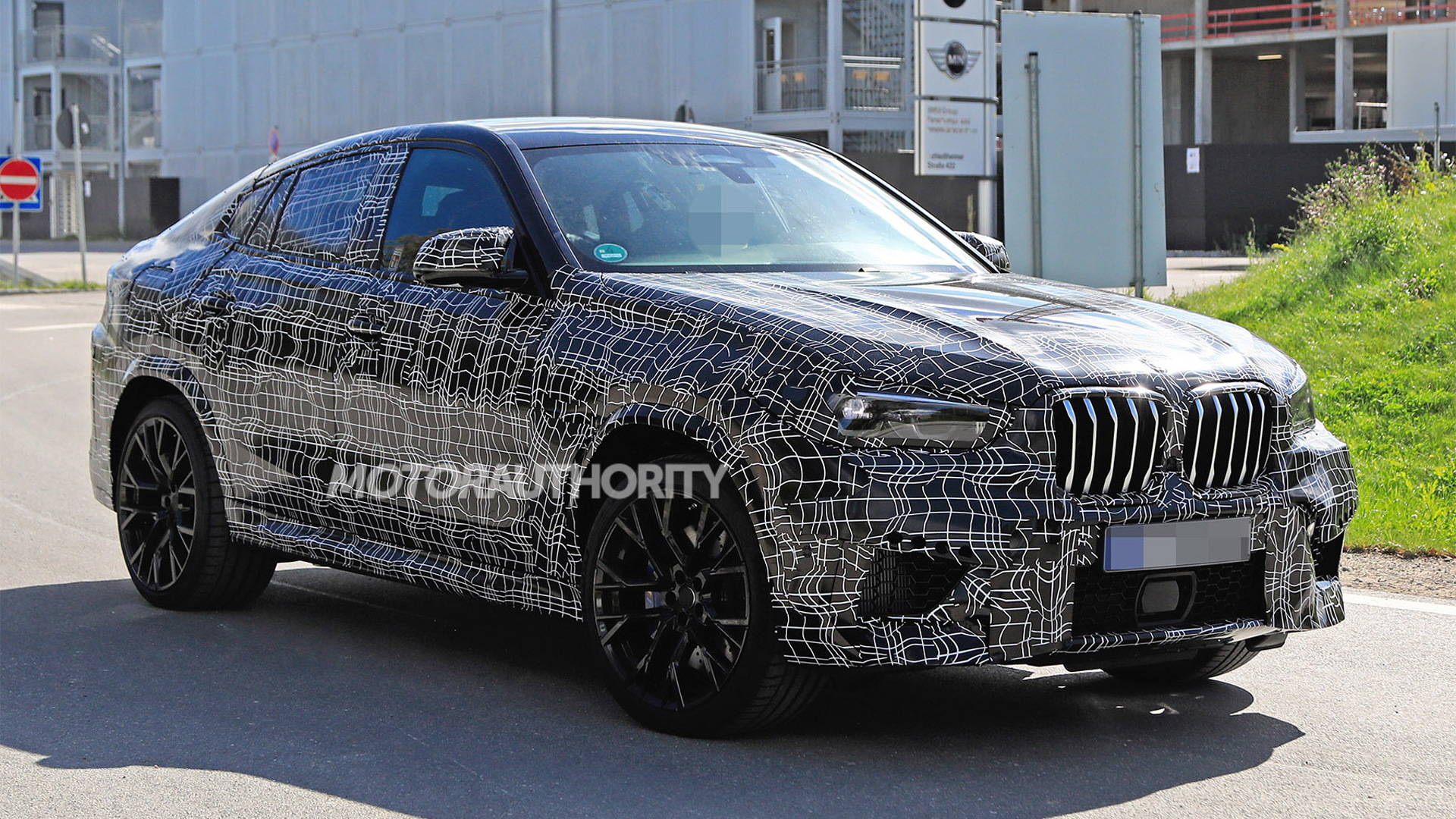 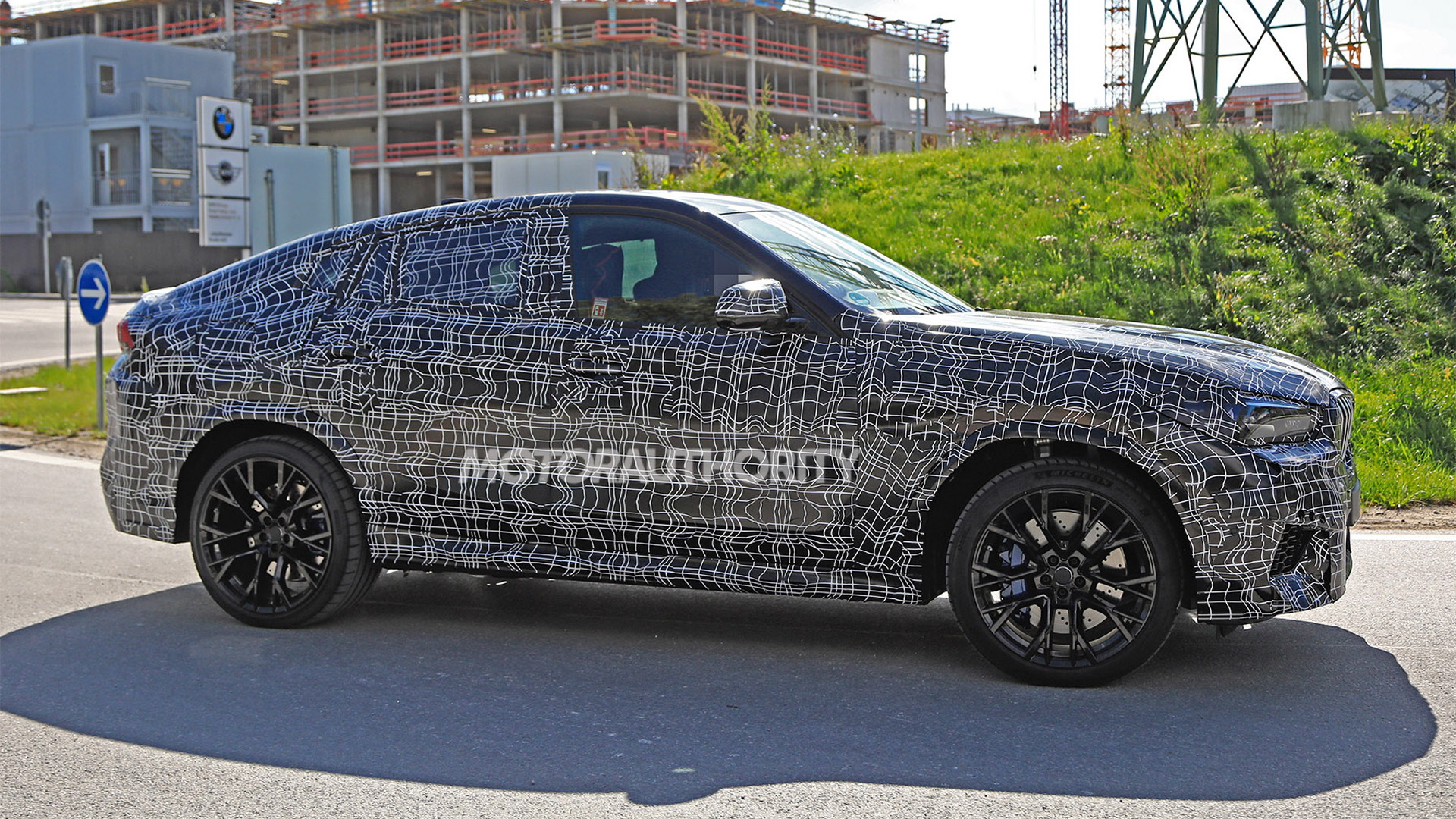 There's a new generation of the BMW X6 in the works, and like its predecessor it will spawn a high-performance X6 M variant.

Today we have our first look at the high-performance variant from BMW M thanks to the sighting of a prototype testing in Germany.

Clear give-aways that this is the BMW M version of the new X6 are the enlarged intakes in the front fascia, the huge tire and brake combo, and the signature set of quad-exhaust tips.

The new X6 M, which should join its more pedestrian sibling in showrooms in late 2019 or early 2020, will follow a familiar performance route.

We can expect a twin-turbocharged V-8 to sit up front and power all four wheels via an eight-speed automatic transmission.

The engine should be the same 4.4-liter twin-turbocharged V-8 that delivers 600 horsepower and 553 pound-feet of torque in the latest M5, and similar figures should feature in the X6 M—and an X5 M being developed alongside it.

Also borrowed from the latest M5 should be the new M xDrive all-wheel-drive system. It relies on a transfer case to split the drive torque between the front and rear axles, and then a rear differential to further split the drive torque between the rear wheels. The system can switch into rear-wheel-drive mode at the push of a button, as in the M5, though it isn't clear if this option will be made available in the X6 M since it's an SUV.

The current X6 M is already plenty fast, with its 0-60 mph time coming in at 4.0 seconds and top speed registering at 155 mph. While we don't expect the new one to significantly improve on those numbers, the driving experience should be better thanks to the lighter and tighter CLAR modular platform that underpins the new X6 range.

Before the new X5 M and X6 M arrive, BMW M will introduce smaller X3 M and X4 M models. These are due for a reveal soon and will come with turbocharged inline-6 power.