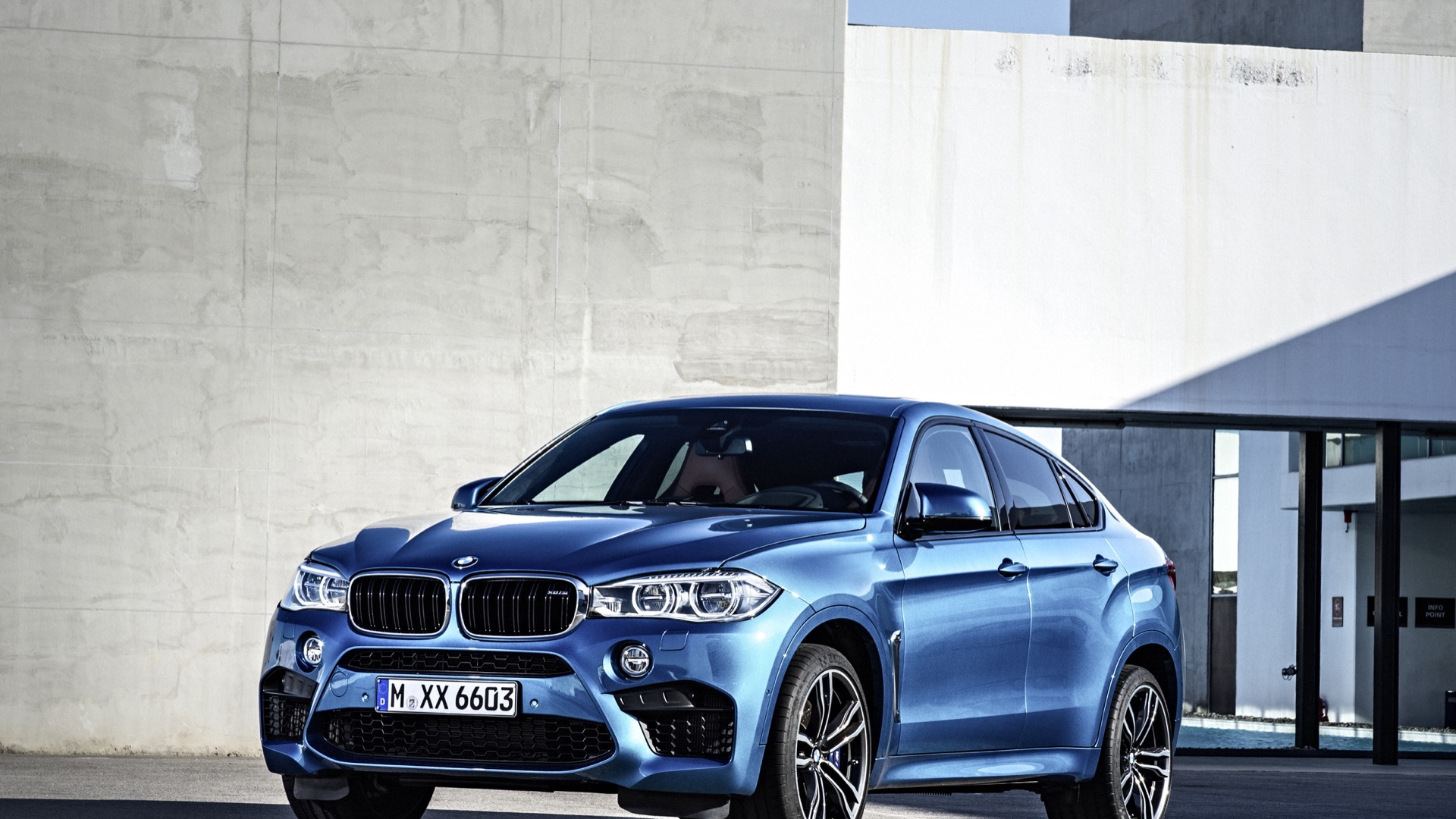 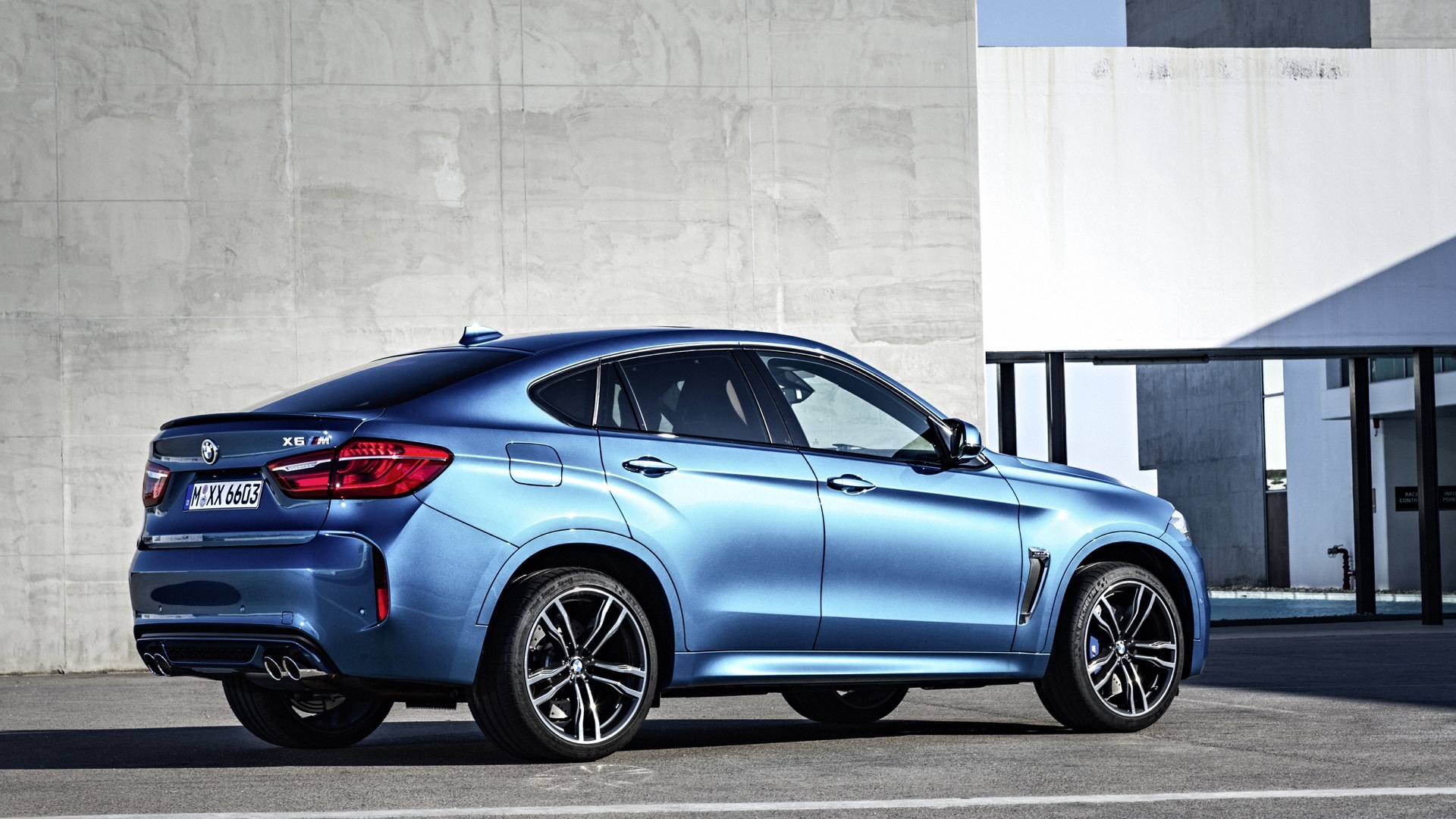 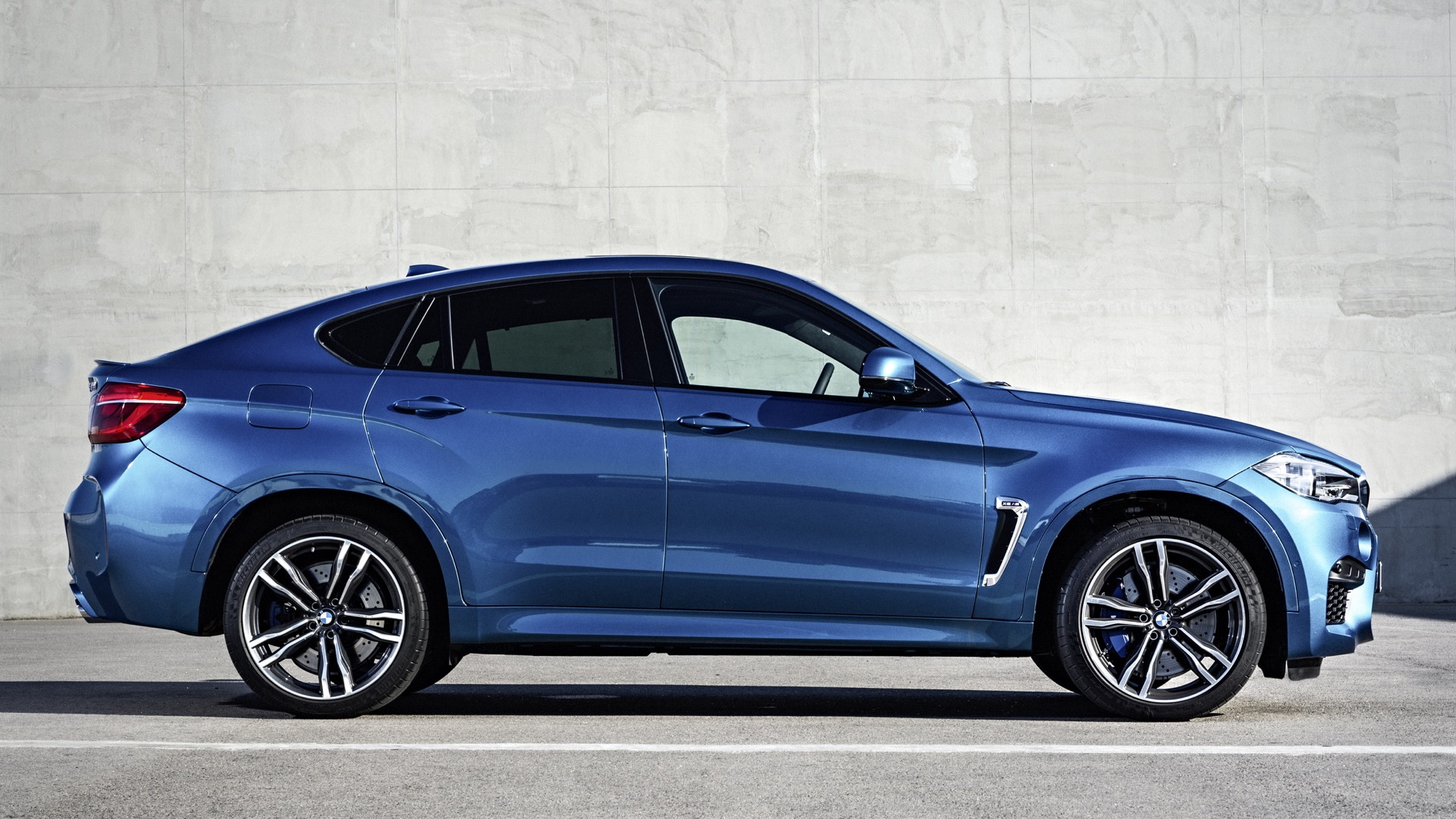 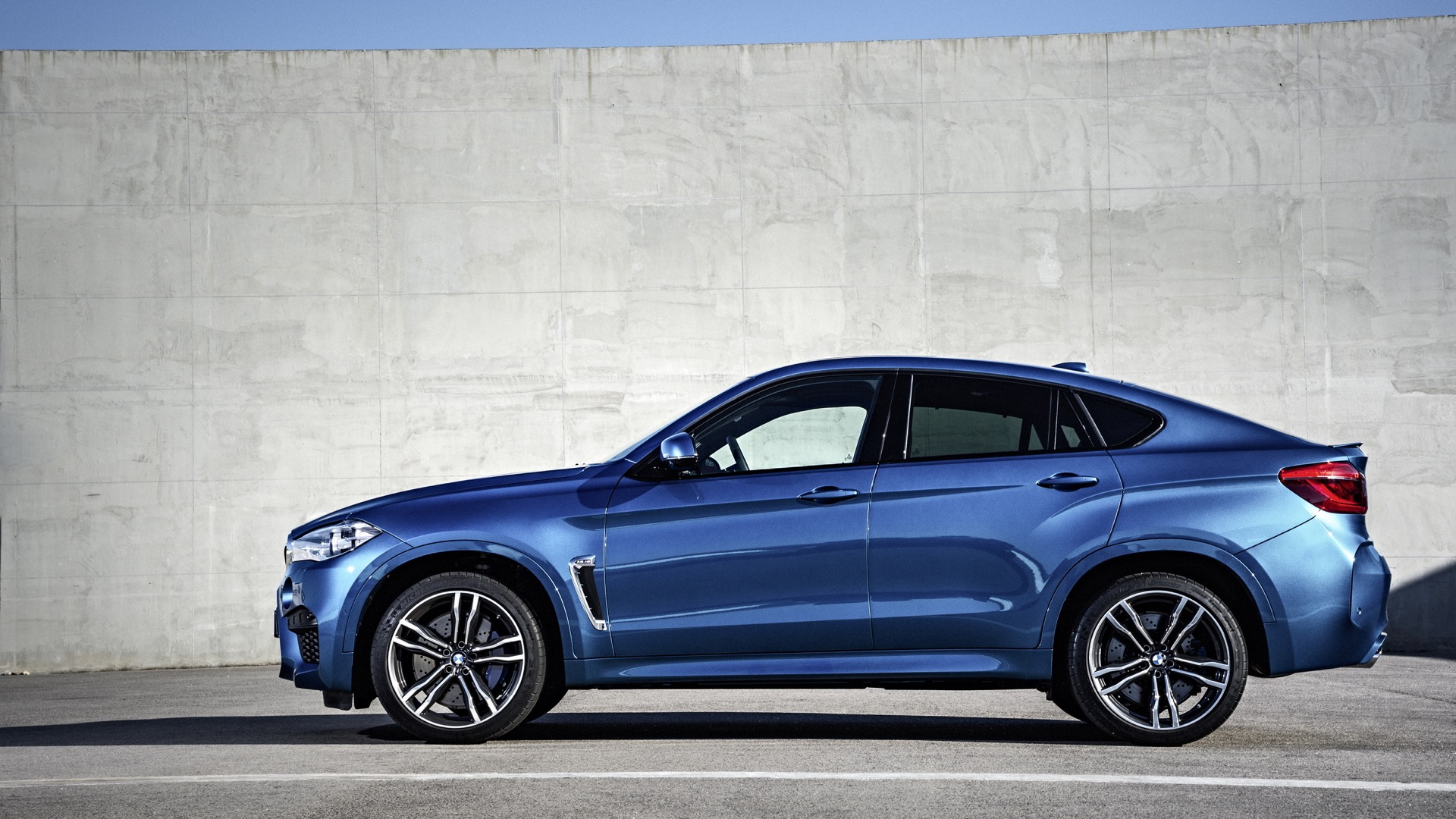 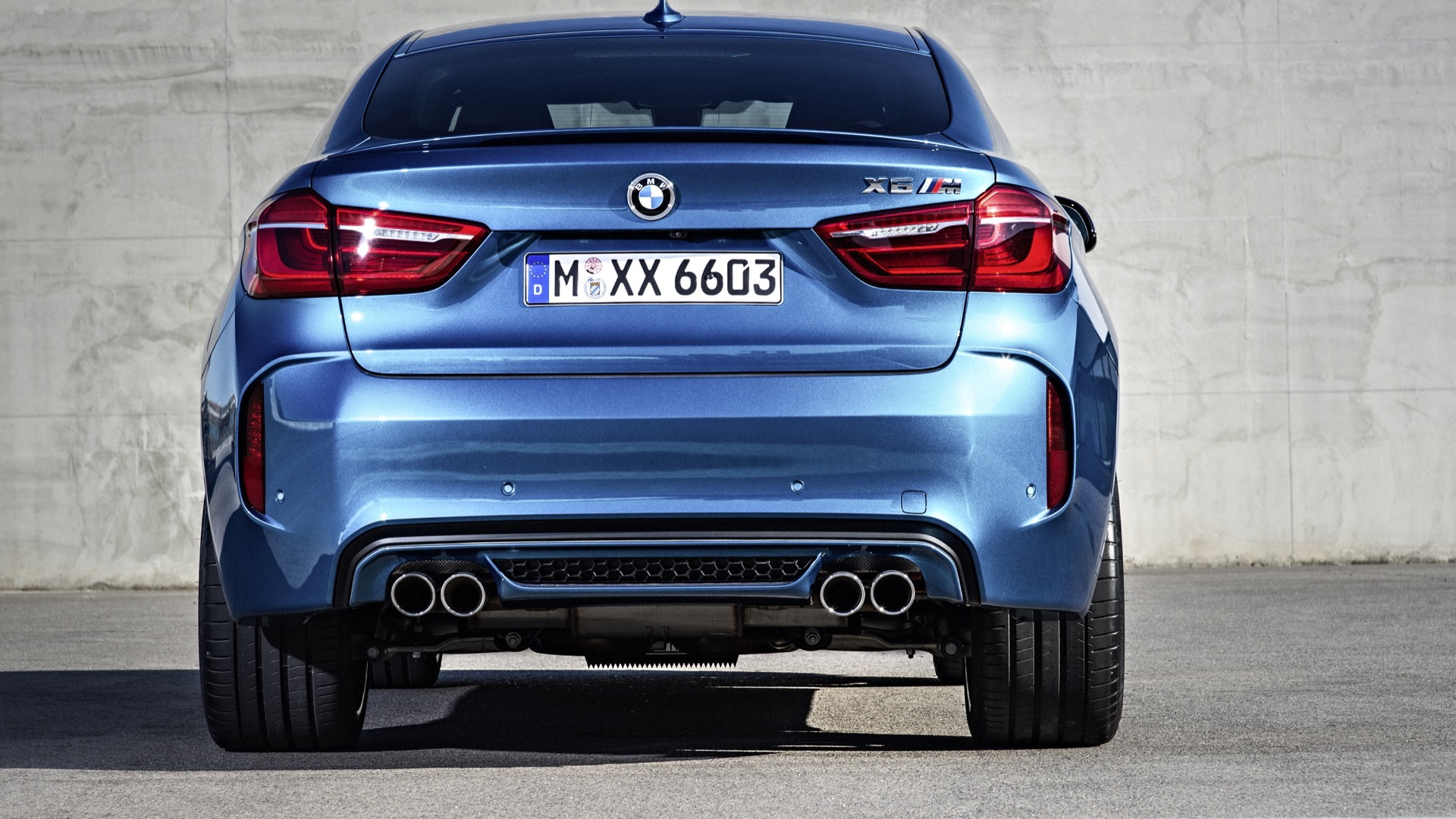 BMW's X6 M is a venomous cane toad of an SUV, one with some obvious warts. Even so, it's made friends and set trends, spawning imitators in the Acura ZDX (extinct: mercy killing) and the upcoming Mercedes GLE Coupe (viability TBD).

It's also an honest-to-God, track-capable car. Mmmmm, crossover. Maybe. SUV? Whatever you want to call it, the X6 M can be flung around asphalt like Austin's Circuit of The Americas with the exact amount of gay abandon expressly prohibited by local law.

COTA is a deceptive place, though. Lots of vehicles shine unexpectedly here, thanks to its flat-out-friendly design, one composed largely of ass-numbingly long straights tossed with a dozen easily unlocked bends and corkscrews. It's the low-carb cousin to Olive Garden's bottomless bowl of pasta: you snarf down what feels like thousands of feet of blacktop fettuccine, every so often stumbling across a stray macaroni elbow.

Navigate the dozen turns with even amateur levels of finesse, and the long, long straights let the love flow from lyrically tuned powertrains like BMW's M eight. On its ascent to 150 miles per hour and more, the superhero engine feels like it could transform any piece of pork into delicious carnitas.

Which it does. The twin-turbo eight's the prime reason the X6 M is so confusingly capable, so paradoxically potent. It can fling the X6 M around COTA at unfathomable speeds down the straights, leaving it to wend through the brief corners with a mostly assured gait.

We're still not sure we love it or want it, but loop COTA a few punishing times in it, and there's little doubt about the X6 M's BMW bona fides.

Enough with the food talk

Transform is a pretty apt description of what BMW's done with this X6. The first coupe-like spin-off of the X5 SUV had an awkwardly tiered shape. It was short on back-seat room and existential purpose.

It's still guilty of the latter two sins, but we've grown older and gotten softer on the new generation, which kicked off last year with a slenderized body and uprated mechanicals. It cuts a finer outline, and makes more usable space with its footprint and roofline. It still has myriad means of adjusting most every aspect of its driving personality, but melds them more coherently. It just wants to be pretty, dammit, and if you want an X5 that goes out of its way to be less useful, who are we to stop you?

Mostly, the X6 M does great things by sticking with the BMW twin-turbo V-8 that would be anathema in a smaller M car (like a 3-Series), ideally mated in a big ute like the X6. Underhood sits a twin-turbo 4.4-liter V-8 poked with engineering sticks until its hackles are raised to the tune of 567 horsepower and 553 pound-feet of torque--slightly more enervated than in the last X6 M. An eight-speed automatic with shift paddles is the only gearbox.

Supplementing the decabolic drivetrain are all sorts of taming agents in the way of M-sorted dynamic-driving modes for the powertrain, the suspension, and the standard all-wheel-drive system. All X6 Ms get stronger upper front control arms that help dial in more camber; stiffer springs and a ride height chopped by 10mm; and a rear air suspension and adaptive dampers with active roll stabilization--they're counterprogrammed to overcome too much body lean in corners, leaving the telepathic sense of handling altered in a fundamental way.

BMW's xDrive all-wheel-drive system splits torque front and rear, with a bias to the rear but full adaptivity, 100 percent of torque to the rear or the front, depending on myriad variables, from steering angle to wheel slip to throttle input. Electronic torque vectoring snubs understeer by clamping down on a slipping rear wheel--which doesn't happen often, given the 21-inch Michelin Pilot Super Sport meats sized 285/35 front, 325/30 rear.

Everything with an electronic interface--throttle, transmission, steering feel, damper settings, stability control--can be toggled through comfort to sport-plus modes and set for one-button access, a set of driving "favorites," if you will.

And we will. BMW tells us the key to COTA and to the X6 M is to start off with the milder Sport setting and its more generous helpings of stability intervention, until we're literally up to speed. Hey, weren't we just here a little while ago with some other BMWs? Yeah, let's start off in Sport+, thanks.

Okay, maybe that wasn't a brilliant idea, but starting off in the X6 M's most brittle settings didn't exactly make us wont for more stability control or slower steering. What it did make us want for, was a crossover SUV that probably wouldn't be fun at all on the street as a daily driver, but would tackle COTA's sinuous bits with utter confidence instead of lemming camaraderie.

Snap out of the pits, and the X6 M makes all the right overtures. From the get-go, the turbos' wastegates start having the most obvious round of angry sex as it rifles up to speed--snarl bang! snarl bang!--as it's hauling 2.5 tons uphill against some common principles of physics and decorum. The X6 M doesn't waste any time in launching you to the first corner, a tight inside left leading into an off-camber downhill, no big whoop.

And that's where the limitations of a tall-body wagon fitted with Air Jordans become all too apparent. With everything electronic clenching and unclenching on the car's wheels in millisecond waves, some orders are going to go unheeded. The dampers quash some of the body roll, try to counteract some of it, but ultimately the X6 M is dialed in to leave some of it behind--its concession to the street. It wants to elide over the quickest transitions but can't, and briefly gets fogged over in a war between its body and its mind before it settles down quickly.

While it's working through these internal conflicts, those beautifully designed non-runflat tires are enduring some harsh punishment. There's so much heft pushing down on them, grinding them so roughly into the first set of uphill esses, the ensuing downhill straight is almost a welcome cool-down. That is, until a coat-hanger left-hander pivots the X6 M into its first top-speed straight, brushing 145 mph or more. A consensus of one says this is the point where a co-pilot is a mixed blessing, adding even more weight to the X6 M equation but possessing the mandatory second set of eyes on the speedo while you set up for COTA's passel of wide-open corners.

It bounds around those easy angles with puppy abandon, then the X6 M launches back into the front straight straining against the rev limiter like a leashed cur. And then you do it all again, all three-plus-minutes, with identical results, if you're consistent. Or somewhat off, if you're blown away by the idea that you've just hustled about two Miatas' worth of metal around the Circuit with just the pair of hands and feet given you. Flat and unflappable it's not, but the X6 M is close enough to be yet another middle finger at the notion that SUVs are useless on the track (see: Turbo S, SRT, AMG).

No one should be able to mistake an X6 M for a run of the mill X6, because there is no such thing. Still, there's much to take in at first look, with the lowered stance and massive air intakes providing a first clue that not all X6s are created equal.

Scan down the body, and all the M badging aside, the giveaway details are the four exhaust outlets cut into the rear fascia and the body-color spoiler that truncates the X6's stubby countenance. Those 21-inch wheels fill out the well without ballooning the bottom half of the shape far out of proportion, one of the big visual downfalls of the first X6.

Inside, the skillfully wrapped interior dons lots of M jewelry, from its own gauge cluster, steering wheel, shift lever and shift paddles. Multi-function front seats are standard, and the interior is clad in Merino leather and Alcantara. Functionally, the M gauges add in displays for status on all the M dynamic settings, and the iDrive system gains a Laptimer app among its many, many, many screens--connected with your smartphone, you too can test acceleration and track times and choose to edit them for public consumption, if you must. (We are strong believers in pride here.)

For the stiff entry price of $103,050, the X6 M ladles on the technogravy: four-zone climate control, a rearview camera, a power tailgate, and Harman Kardon sound, as well as navigation. Maybe you should take control of the directions, though: the X6 M already has a lot on its existential plate.