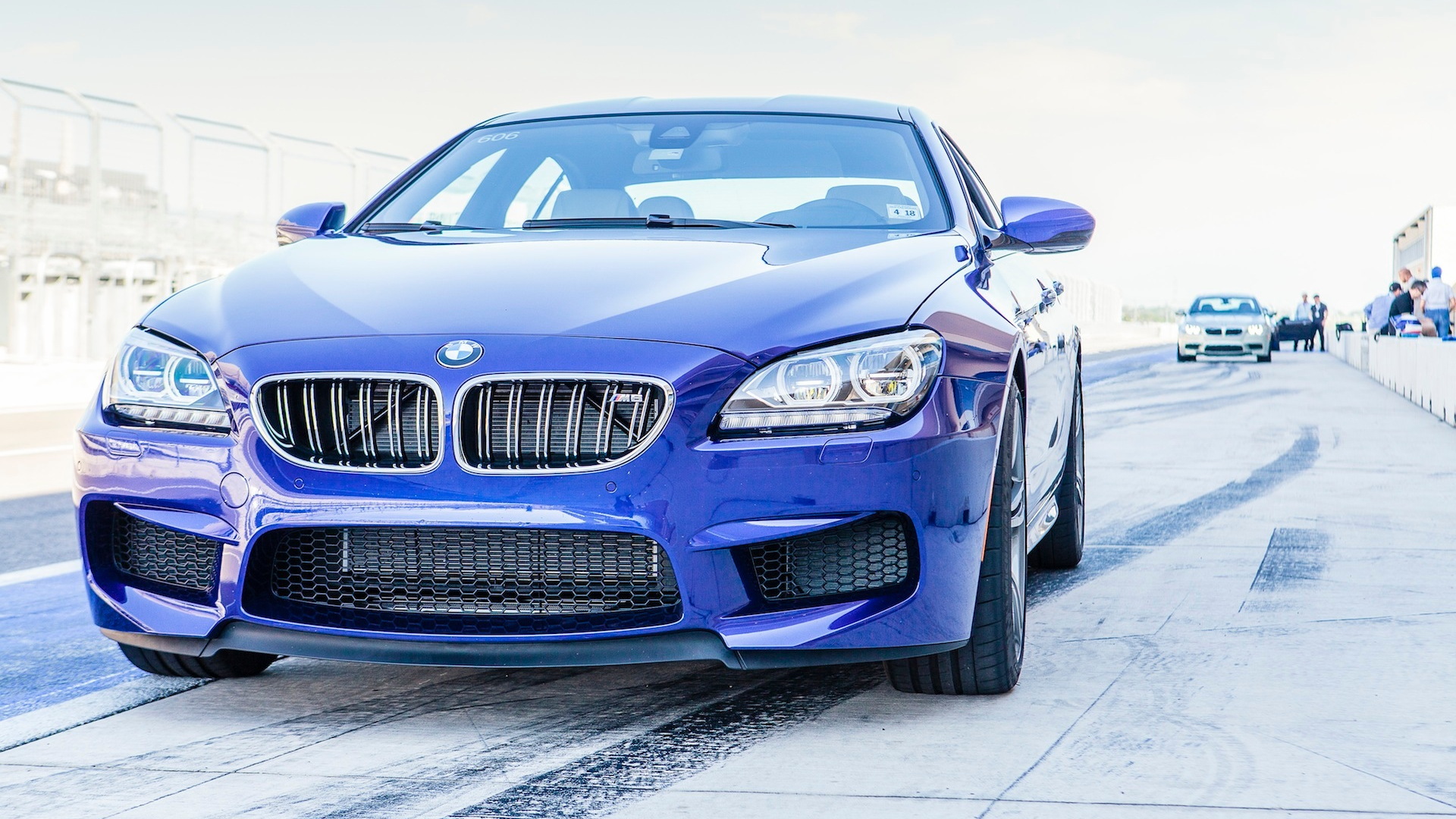 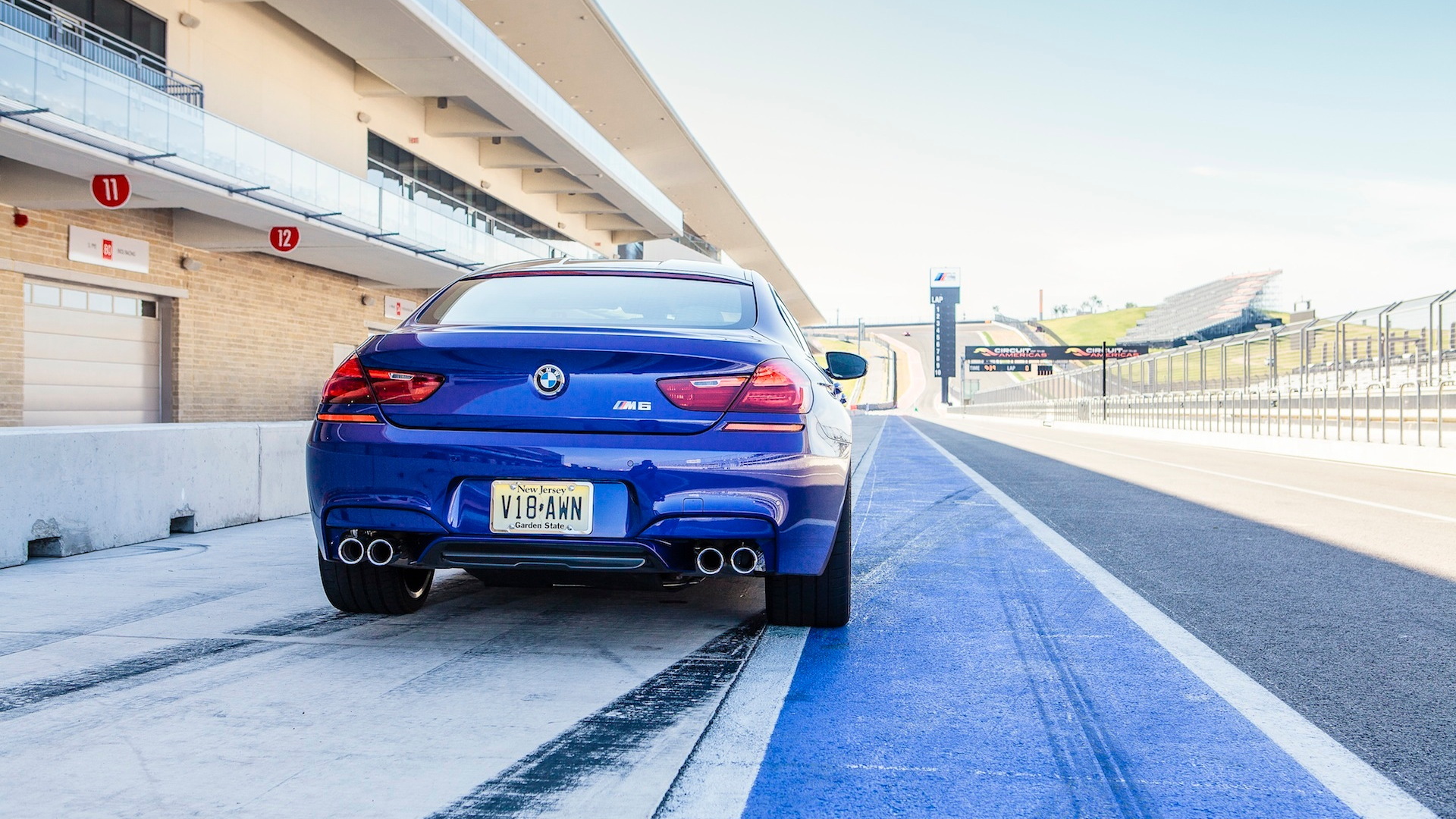 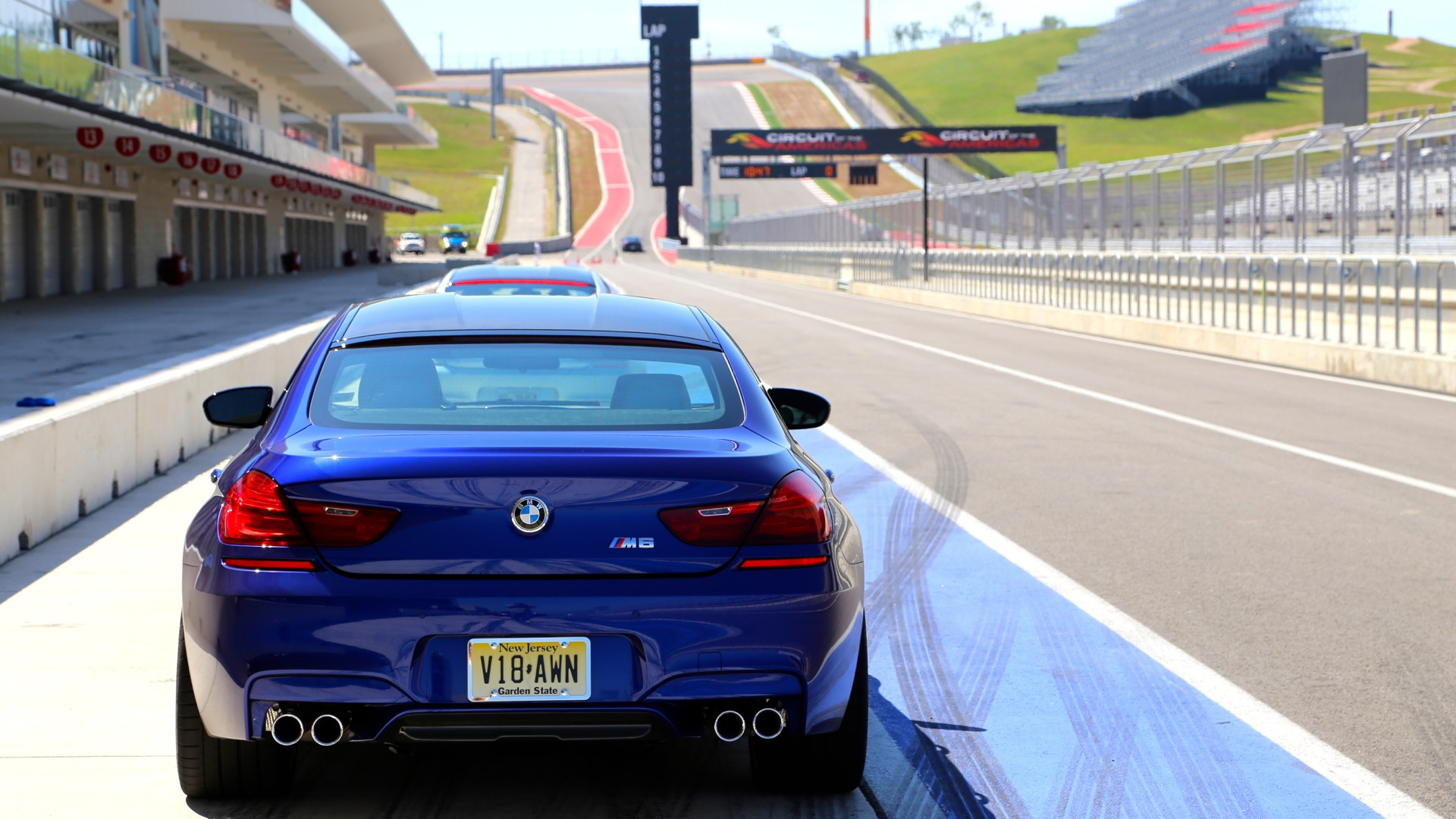 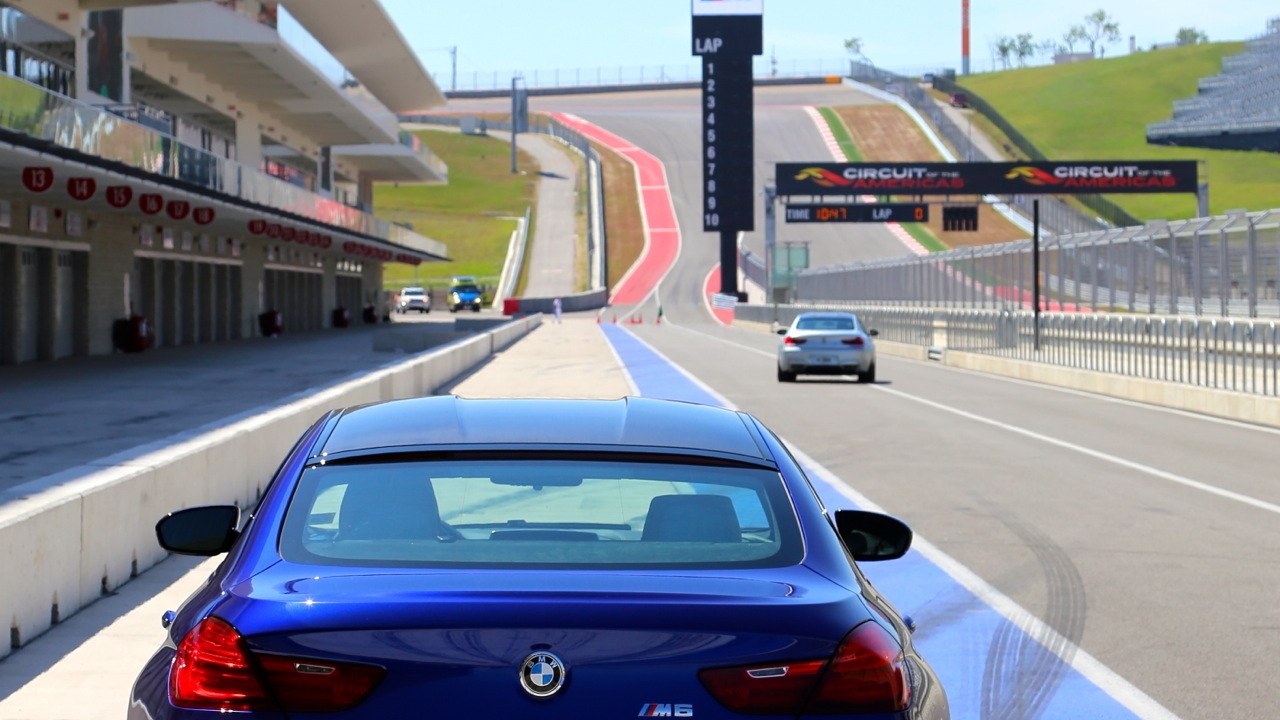 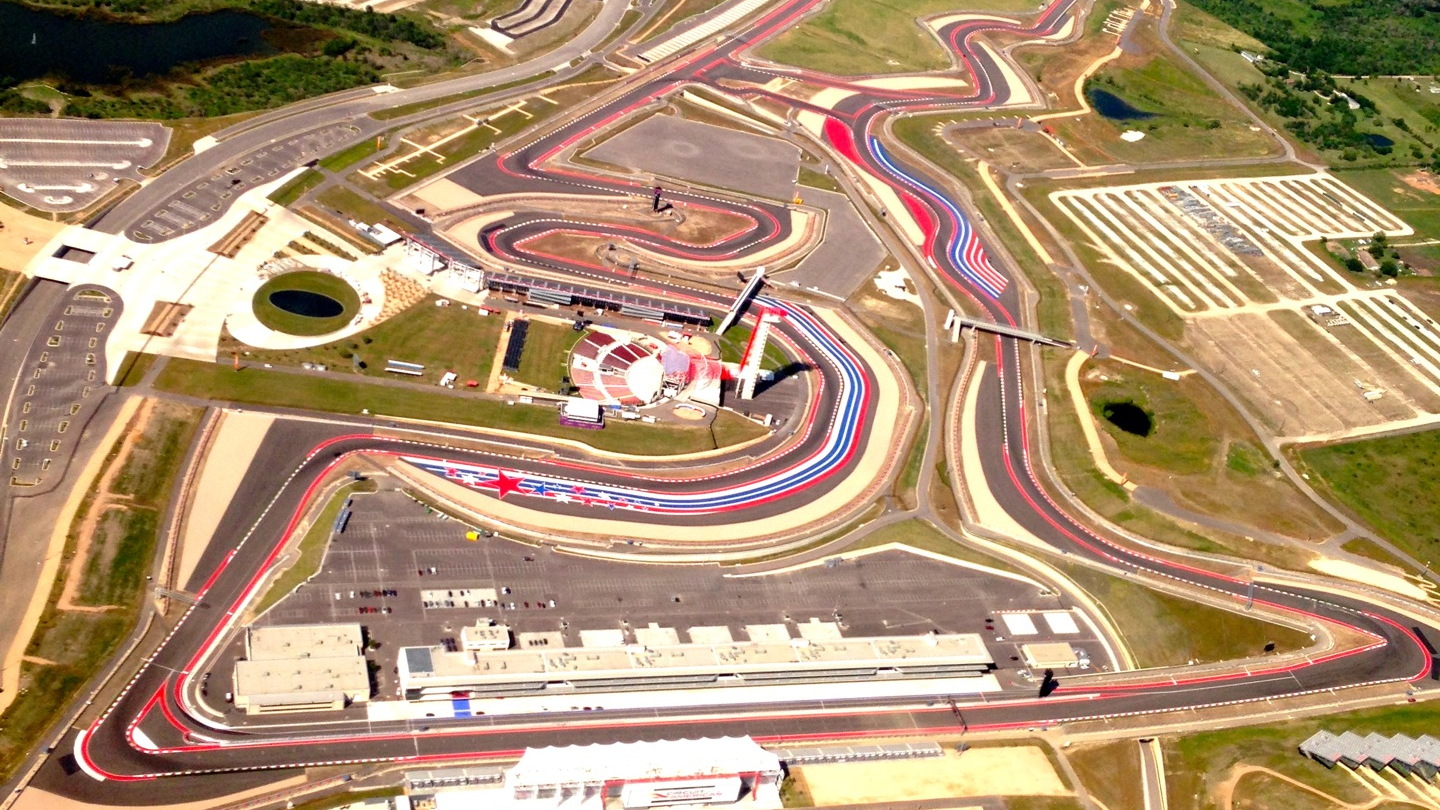 Texas loves its mythology, but it's not always supported by cold facts. "Everything's bigger here" fits on a bumper sticker. Austin's a hub for Smart cars. DFW could fit snugly inside Beijing's Capital Airport with room to spare. Bubble burst.

Texas does have one of the biggest new race tracks in the world, though. Improbably, it's carved out specifically for Formula 1, and by all accounts, it's been a huge success in its inaugural outings. So much so, the world's automakers have made Austin the new San Diego, launching so many new vehicles at the Circuit of the Americas, its iconic red tower now doubles as a control tower to sequence them for safety.

Gotcha. Almost. It's not quite that popular yet, but we've carted at least a handful of times to COTA already, riding sidesaddle in an F1-formula demo car and in Grand Cherokee SRT, and it's only been open since last fall. There's every reason: the 3.4-mile-long circuit is a vast, beautifully executed, exceptionally safe piece of road with, well, Texas-sized run-offs, and Texas-sized runs at top speeds.

It's an ideal place to show off your wares, if you're BMW, and you have a new M6 Gran Coupe that'll ping 150 mph on the back straight, without throwing a disc.

The latest add to the 2014 BMW 6-Series lineup, the M6 Gran Coupe finishes off the family with a flourish. It's exactly what the name implies: a hair-raising M6 drivetrain stuffed into the taut Gran Coupe body, keyed with a carbon-fiber roof and flush with other M details to screw it down to the surface while it claws its way around COTA in rising 92-degree heat.

More on that in a bit, once we flash-card through the specs again. BMW refreshed the 6-Series for 2012, and brought the M6 back for 2013 as a coupe (with some late 2012 convertibles in the mix). The blown-mind V-10 slipped away, replaced by an ironman-strong 560-hp BMW M twin-turbo V-8 with 500 pound-feet of torque. The seven-speed M Double Clutch gearbox came with the coupe and convertible, and gets its due in the Gran Coupe, too. It has both automatic and manual driving modes with three settings each, a launch-control function, and exceptionally fast shifts.

Hand-foot-coordination fetishists will only have eyes for this year's revival of the manual six-speed, though. It has three driving modes of its own, sports rev-matching and shifts with a light pedal effort and BMW's typical semi-rubbery touch at the lever. The manual's shift modes--Efficiency, Sport, and Sport+--govern rev-matching, with Sport+ dropping it entirely for complete human control. With either transmission, the power's shifted between the rear wheels with an active multi-plate clutch differential that's in cahoots with the throttle and stability control, so that power can be used passive-aggressively, to tighten corners or to lower slip.

No matter which gearbox gets the nod, the chunky, 4,500-pound M6 Gran Coupe is a screamer. Zero to 60 mph happens in 4.1 seconds, and it'll charge up to a limited 155-mph top speed without fail or favor.

The M drivetrain is matched with an M-specific chassis with lighter construction, upgraded brakes (carbon-ceramics are a new option), special sport seats, and the usual M Drive controls over suspension, steering, powertrain, and stability controls--graded in Comfort, Sport, and Sports Plus settings, accessible through two "favorites" buttons, like radio stations.

It's a Borg of a luxury sport sedan, this M6 Gran Coupe. A two-door, fitted with two more, rewired with beyond-human performance, still wrapped in its fleshy, character-actor body. How does it all work on a track designed to torture the most capable cars on the planet?

Luck of the draw

Luck of the draw gave us the keys to the M6 in a morning session, before temperatures peaked in the mid-90s, before cars and drivers began feeling the effects of Texas spring--also known as your summer.

A warm-up lap with instruction, and we're on our own, just as Texas was in the short period between its days as a Mexican territory and annexation by a young United States of America. (Look it up, Yankee.) Before we know it, COTA's time-shifting flip-flops of triple-digit blurs and howling countercorners taser us out of our morning zombie shag. It's easy to get caught up in the chase when engine, chassis, and even the manual transmission work in concert--a concert that oscillates wildly from high-concept classical music to a chest-thumping German production of Stomp.

Pull out of the pits, and it's all uphill from here--almost for a quarter-mile. Then COTA begins its amusement-park tilt-a-whirl. It banks left and dives down, and already the speedometer is pulling toward triple digits. Wait, is this Sport or Sport+? The M buttons will know, but that tap needs to be simple, and quick.

The M6 builds speed in gulping leaps. Alternating cars, we still prefer the dual-clutch gearbox, but the M6's manual closes the gap--if only because rev-matching removes a layer of possible stupidity from the complex set of variables negotiated at every corner.

Slither through the first sequence of esses, and it's clear: BMW's gotten better at synthesizing more natural driving responses out of its electronically controlled systems. The steering's more progressive as sport modes taper off the assist in Sports Plus. Stability control and the active differential clip the overages neatly, confidently, with the tires communicating all over COTA's broadest corners. This is a big boy--the track and the Gran Coupe--and the plush curb weight wrings as much noise as it does grip out of the treads.

It doesn't steal the zeal from the M6 Gran Coupe here, though. A mountain road kinked with hairpin after hairpin would make it seem clumsy with size--but here, the M6 just hoovers up long lays of pavement, without the frantic steering and jittery throttle responses of the last-generation M6. Fifteen laps later--50 miles of COTA--the only thing lacking is hydration. Two hours under the sun and under a helmet, and we're toast.

As sound as it seems on the Circuit, the M6 Gran Coupe hasn't lost its discretion on the street. We head out for a short debriefing. Austin is ringed by hundreds of acres of suburban explosion, some of it unhappily perched on parched, droughted lakes. The roads are wracked with broken edges, and the M6 Gran Coupe doesn't penalize us for gawking. It's stiff down through Sport mode, but at least now the tire sidewalls swell outside those expensive rims--there's bound to be less damage than on BMW's early forays into low-profile tires.

It hasn't lost its beauty, either. The carbon-fiber roof and menacing LEDs and air intakes don't detract from the Gran Coupe's attenuated roofline, or its objectify-ready rear end. It still gives us the same pause that the CLS and A7 do. In this layer of the atmosphere, why do four conventional doors, unless you're being driven?

Trust us: the last thing you'll want to do with the M6 Gran Coupe is let someone else take the wheel.