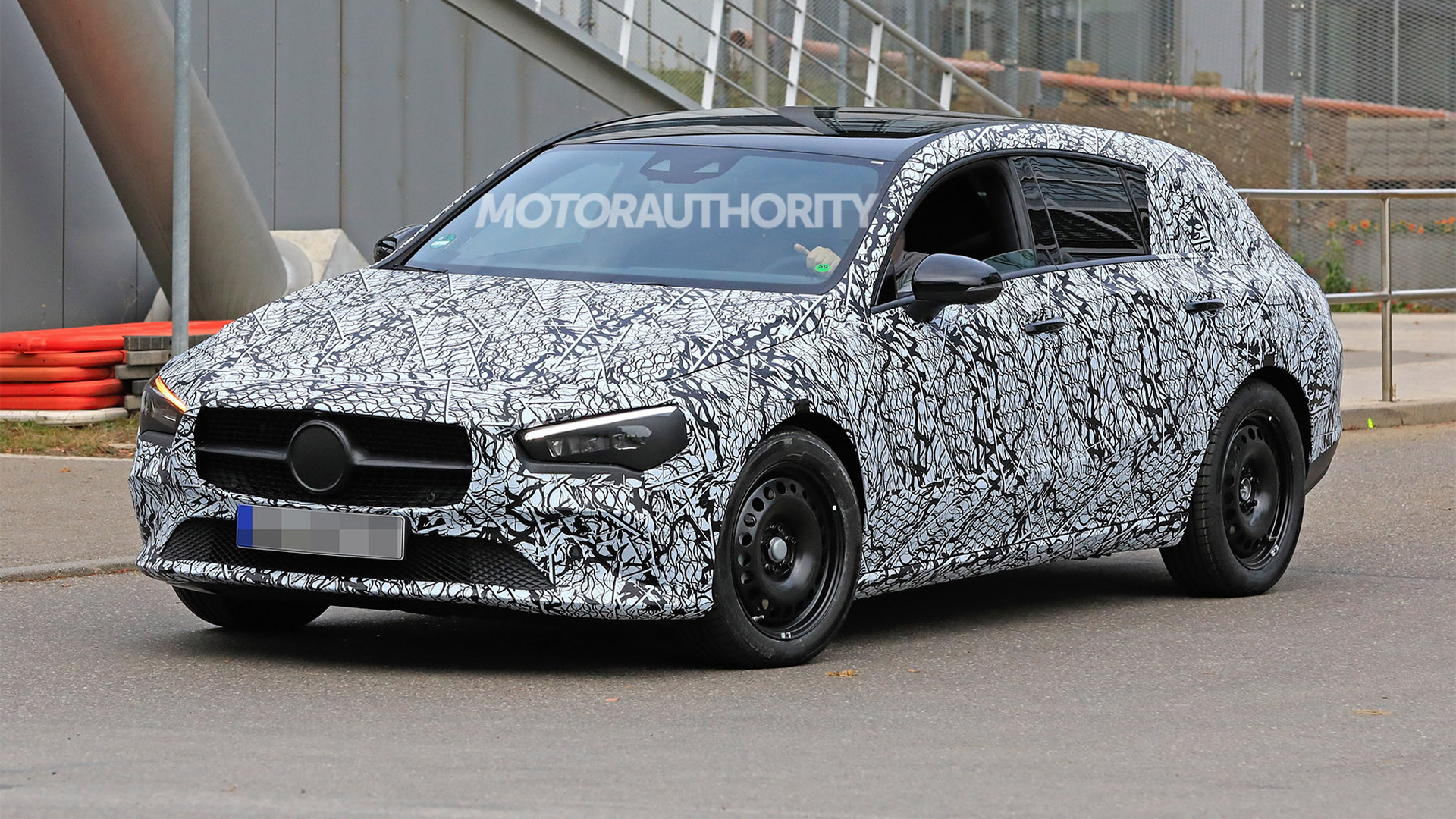 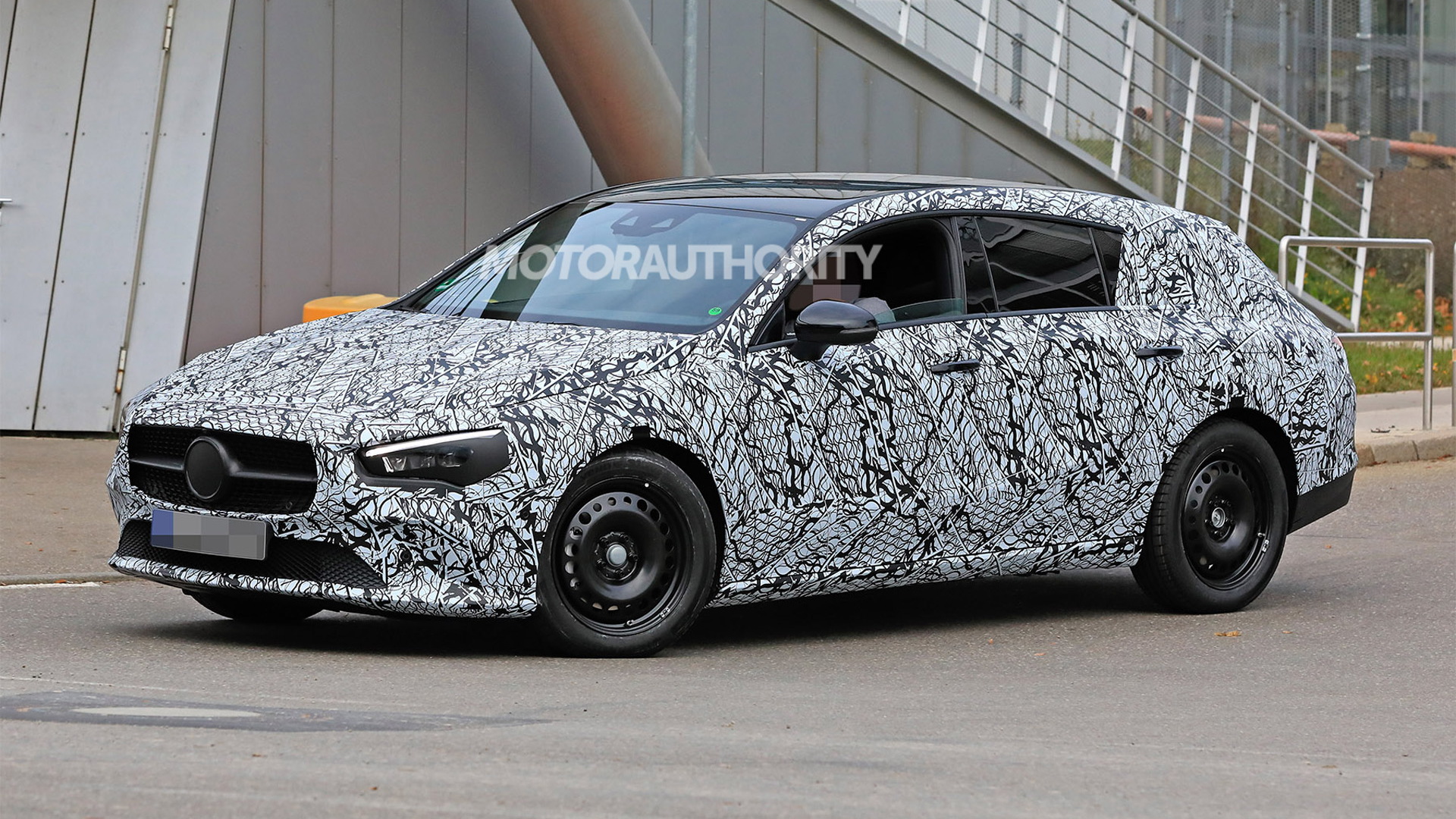 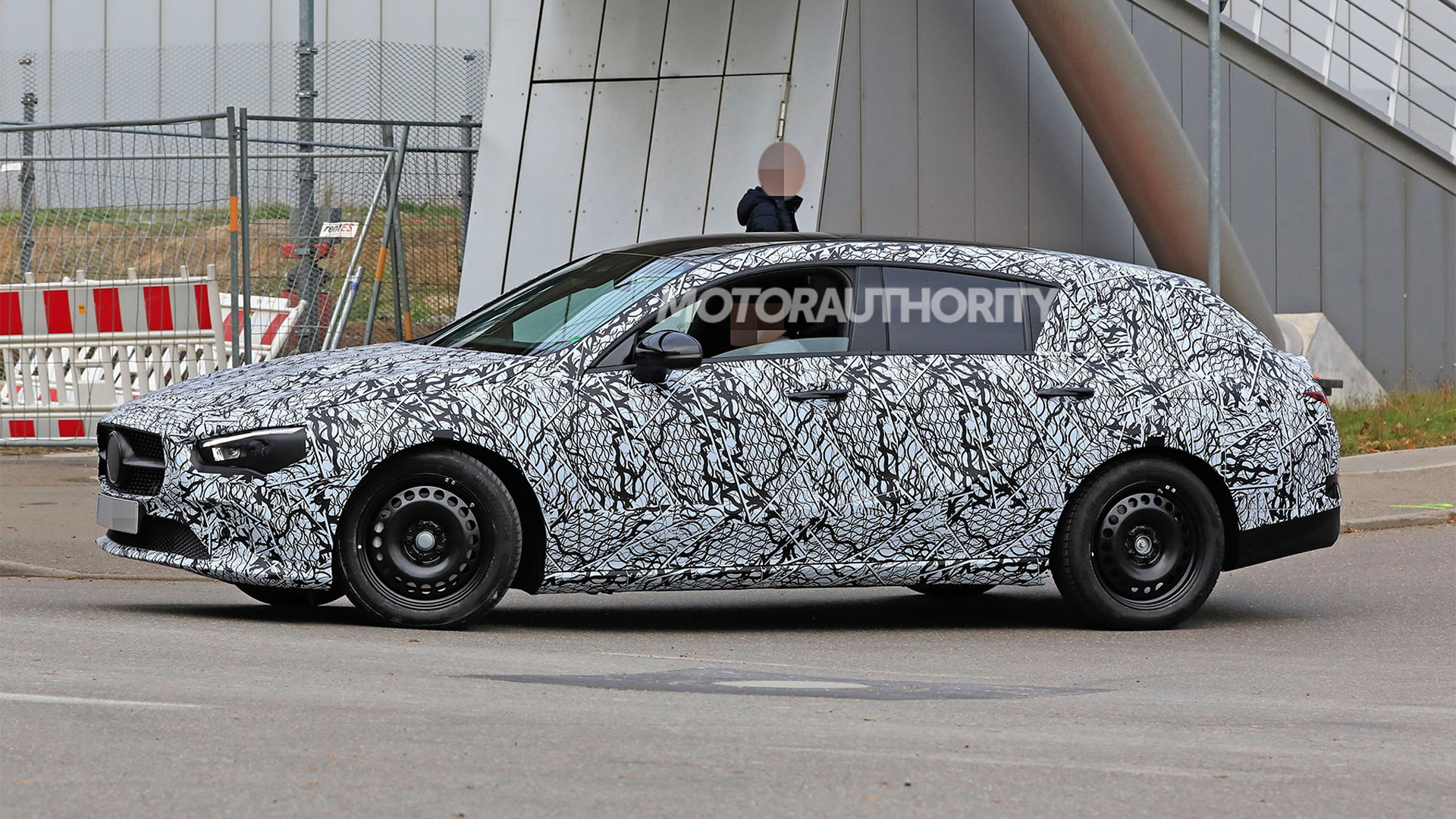 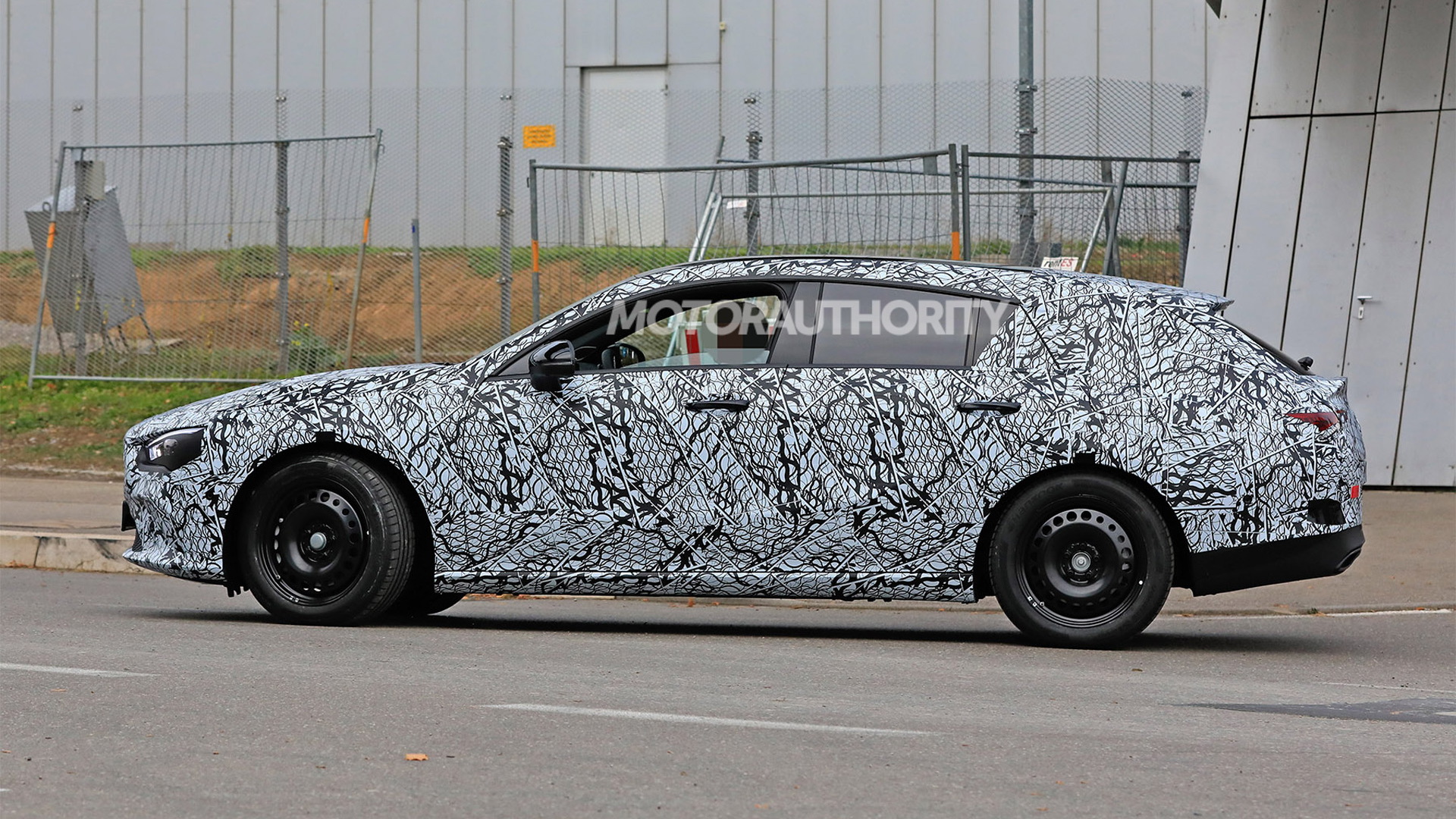 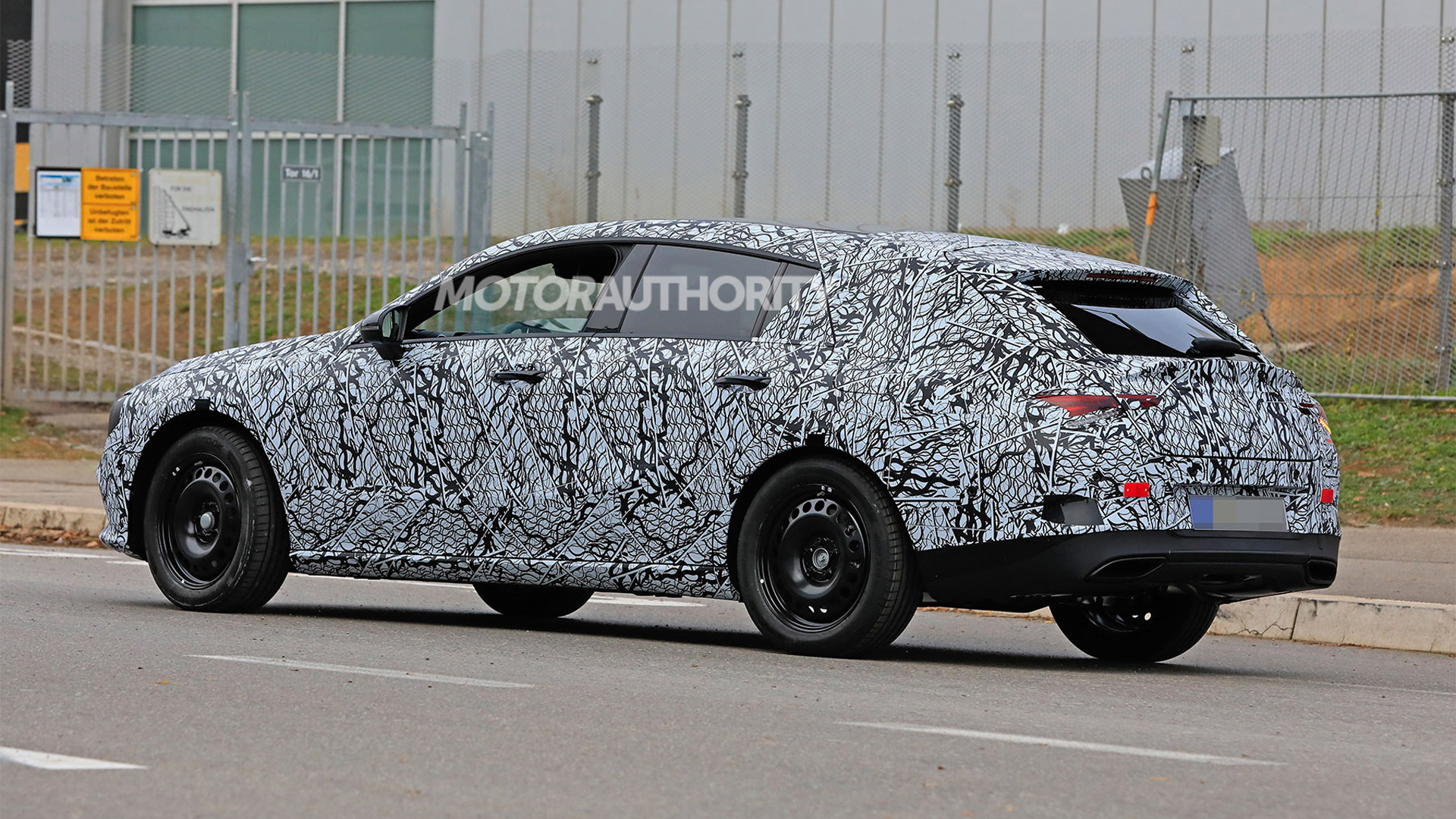 Mercedes-Benz is working on a redesigned CLA, and like the outgoing model the new one will spawn a wagon variant known as the CLA Shooting Brake.

A prototype for the redesigned CLA Shooting Brake has been spotted for the first time and reveals the sleek shape Mercedes' designers are planning.

The face of the new CLA looks to resemble a scaled-down version of the latest CLS. You'll notice Mercedes' sportier Panamericana grille poking out of all the camouflage gear on the tester's nose.

Inside, look for Mercedes' new cockpit design which pairs a digital instrument cluster with a large infotainment screen. The latter can be controlled by touch but the driver will also be able to use natural speech to control many vehicle functions. The new A-Class sedan's cockpit is shown below.

Underpinning the new CLA is an updated version of the MFA (Modular Front-drive Architecture) platform used by Mercedes for its current compacts. Referred to as MFA2, the updated platform brings weight savings plus the capacity for alternative drivetrains.

In most markets where the new CLA will be sold, buyers should be able to choose from a range of turbocharged inline-4s initially. In the United States, the standard powertrain should be a a 2.0-liter turbocharged inline-4 rated at 188 horsepower and 221 pound-feet of torque. CLA35 and CLA45 models from AMG will eventually join the fold, delivering in the vicinity of 300 and 400 hp, respectively.

Drive will be to the front wheels as standard but to all four in the more performance-oriented models.

It's likely only the sedan will reach the U.S. The current CLA Shooting Brake isn't sold here and we don't expect the new one to come either.

Mercedes will eventually have eight body styles on offer in the compact segment. In addition to these eight, the automaker is also thought to be working on EQA and EQB compact cars for its EQ sub-brand for electric cars.