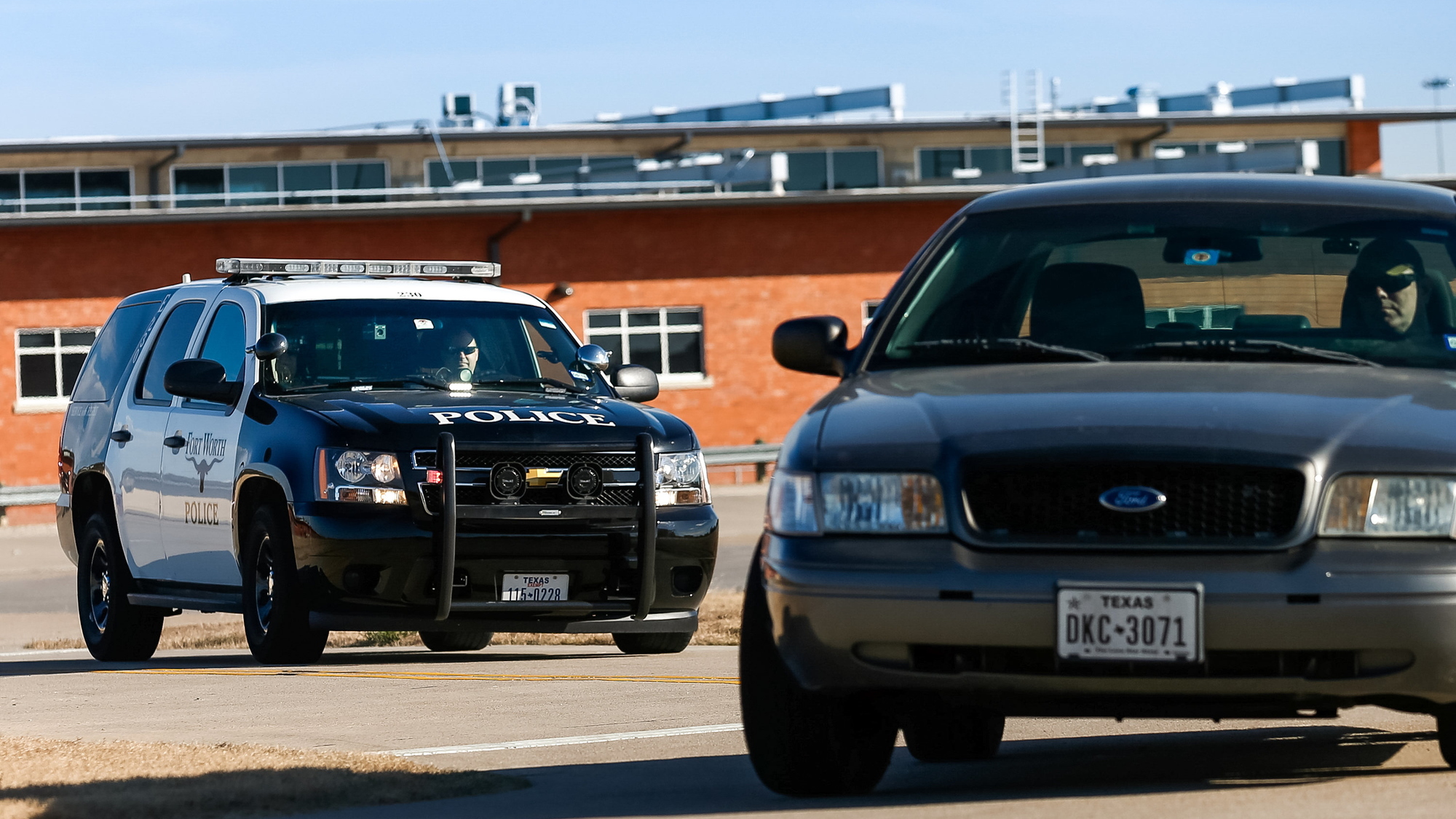 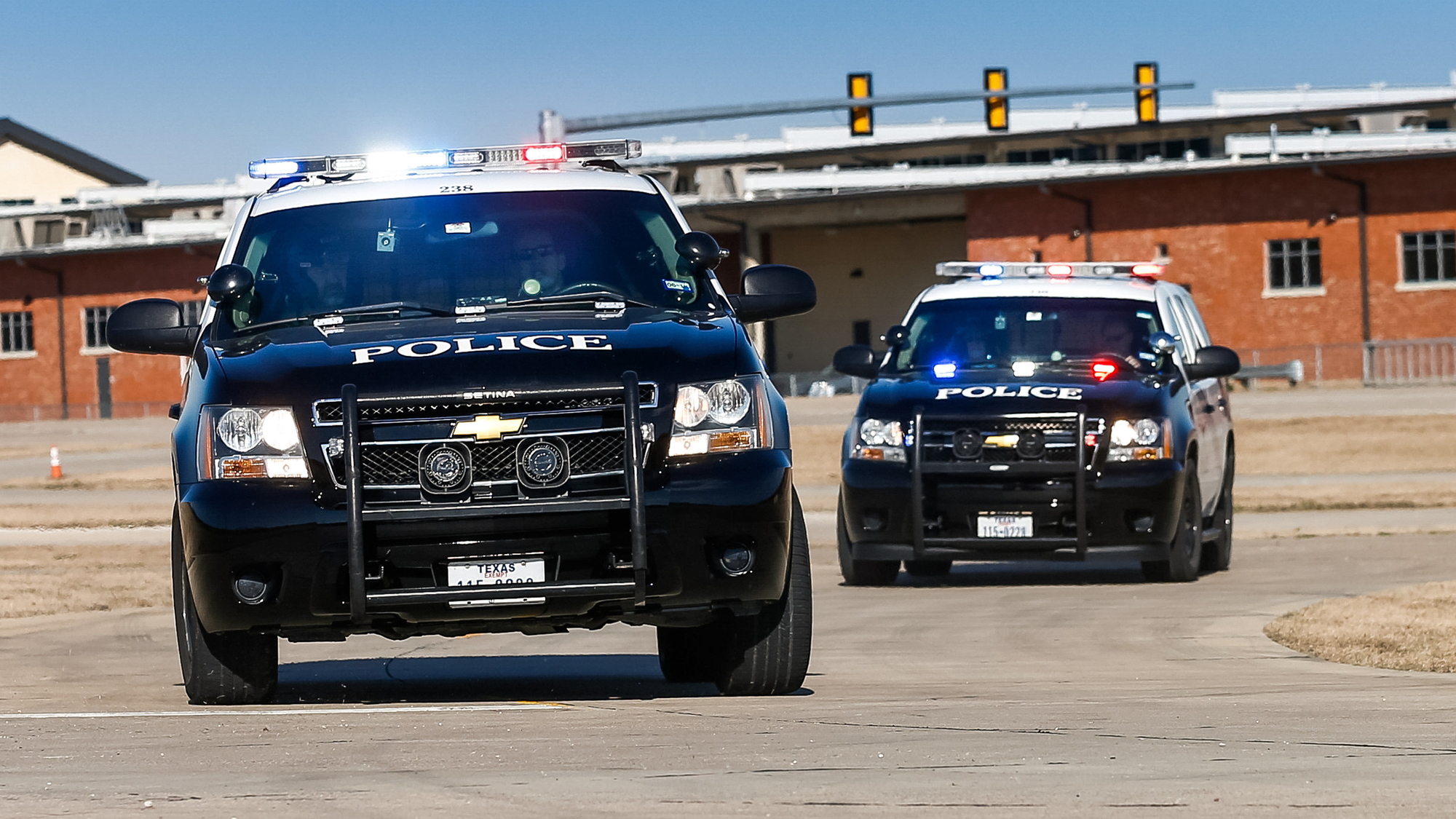 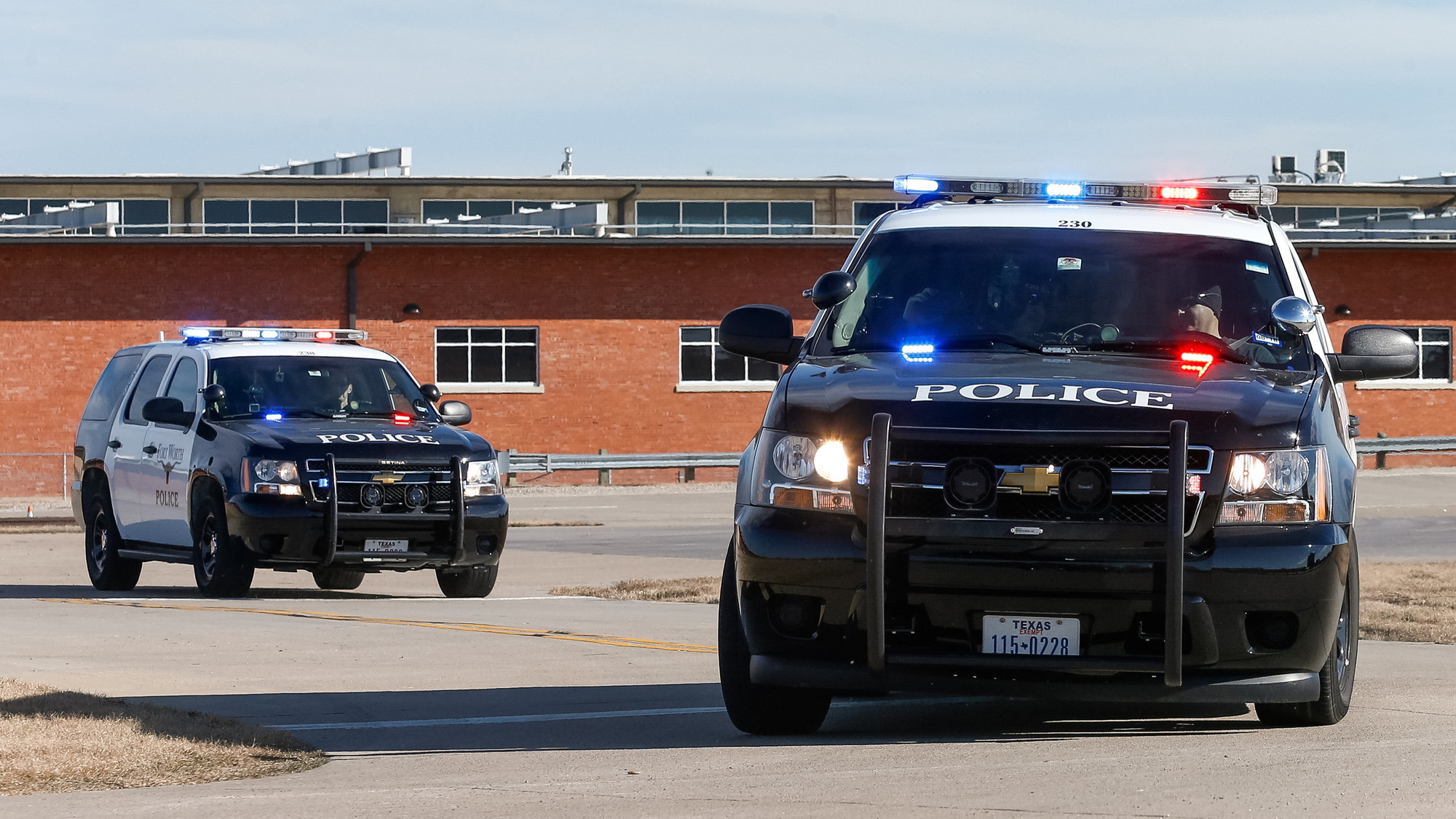 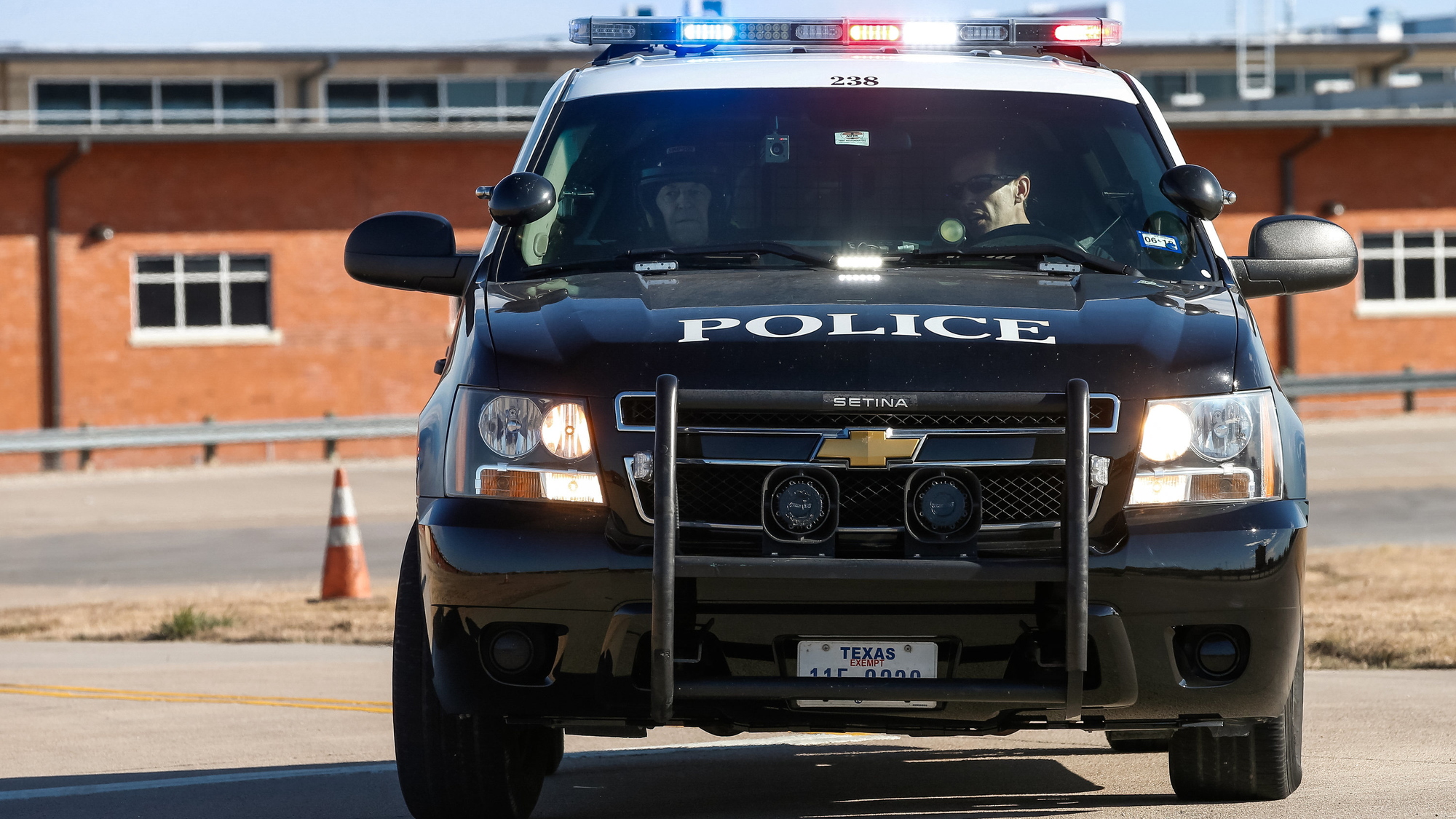 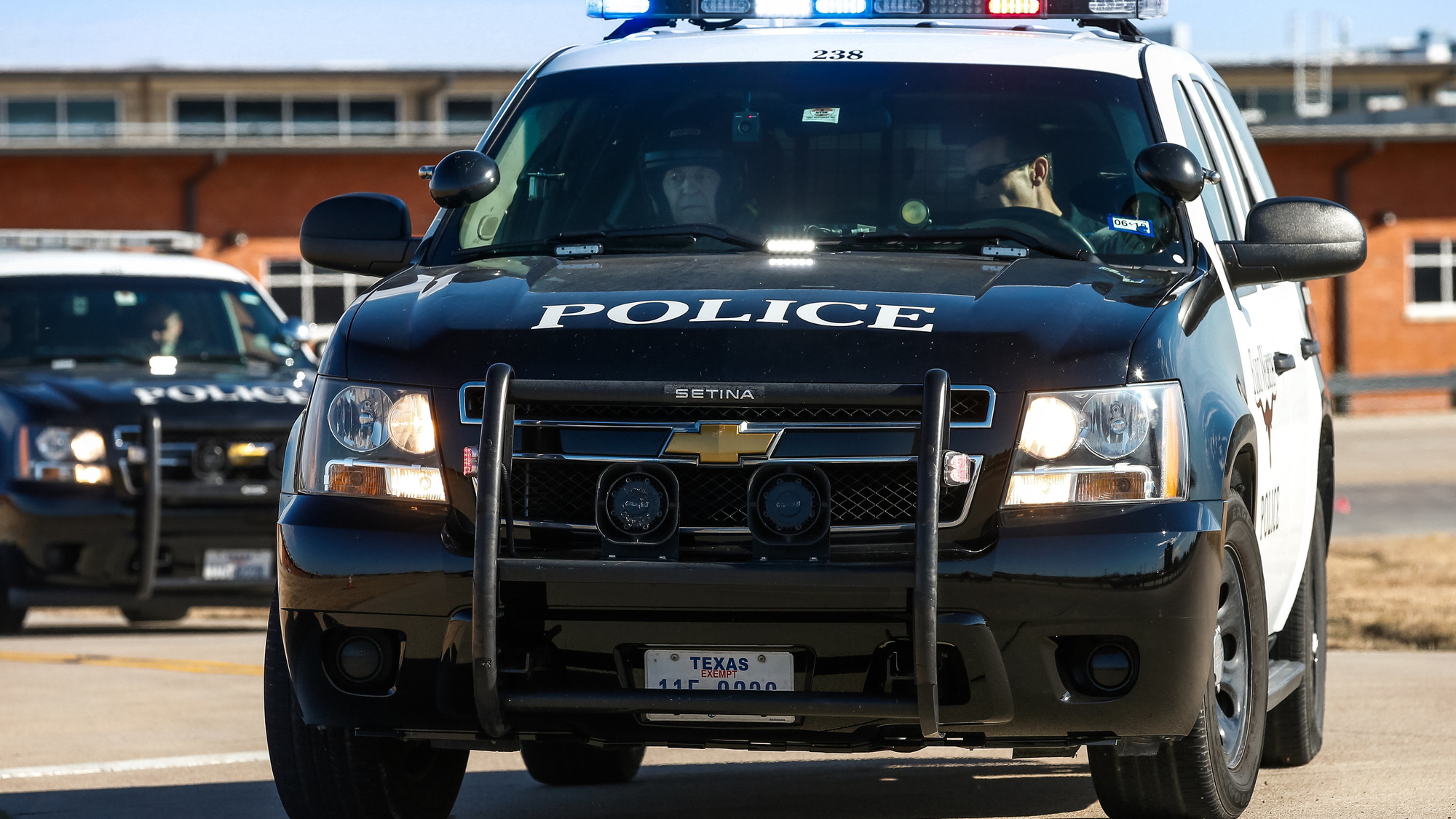 Every wonder what it's like to be in a car chase? I got the simulated chance at the Bob Bolen Public Safety Complex in Fort Worth, Texas. With officer Joe Stinger at the wheel of a Chevrolet Tahoe PPV, we chased a Ford Crown Victoria "rabbit" on a closed course. I sat in the front passenger seat (certainly better than the back seat of a cop car) and did the professional job of shooting the video shown above.

During the ride, I learned a thing or two about the strategy the police use during these chases. It's not as exciting as you may have hoped. The goal of the drivers is to simply keep up with the "perp," not to catch him. They don't want to employ "pit maneuver," in which the cop uses his front bumper to tap the rear bumper of the suspect's car to spin them out. Instead, the goal is to stay close to the suspect and let them make the mistake, then apprehend them. After all, the suspect is nervous. He or she is looking back to see where the cops are, probably speeding recklessly, trying to make holes in traffic where they may not exist, and is probably not an accomplished driver. A mistake is likely. At that point, the police can approach the car and apprehend the suspect.

The scenario we used was a two-vehicle chase, in which one Tahoe took the lead immediately behind the Crown Vic and another following the first Tahoe. The job of the lead vehicle is to stay as close to the suspect as possible and watch what's going on in the car. The first car should note how many people are in the car, if they have any guns, if anything is thrown out of the vehicle like guns or drugs. All of this information should be called into the base.

It's the job of the second vehicle to radio into base the constantly changing location of the chase.

Since the cop behind the wheel of the Crown Vic wasn't actually a perp, our simulated chase ended after a few minutes without any drama. It showed me that these cops know how to drive, and how to throw these big Tahoes around pretty well, too. The Tahoes also took the pounding of what was essentially several rounds of track driving for three-four minutes at a time. That's impressive given how heavy these vehicles are and how much heat build-up they must endure.