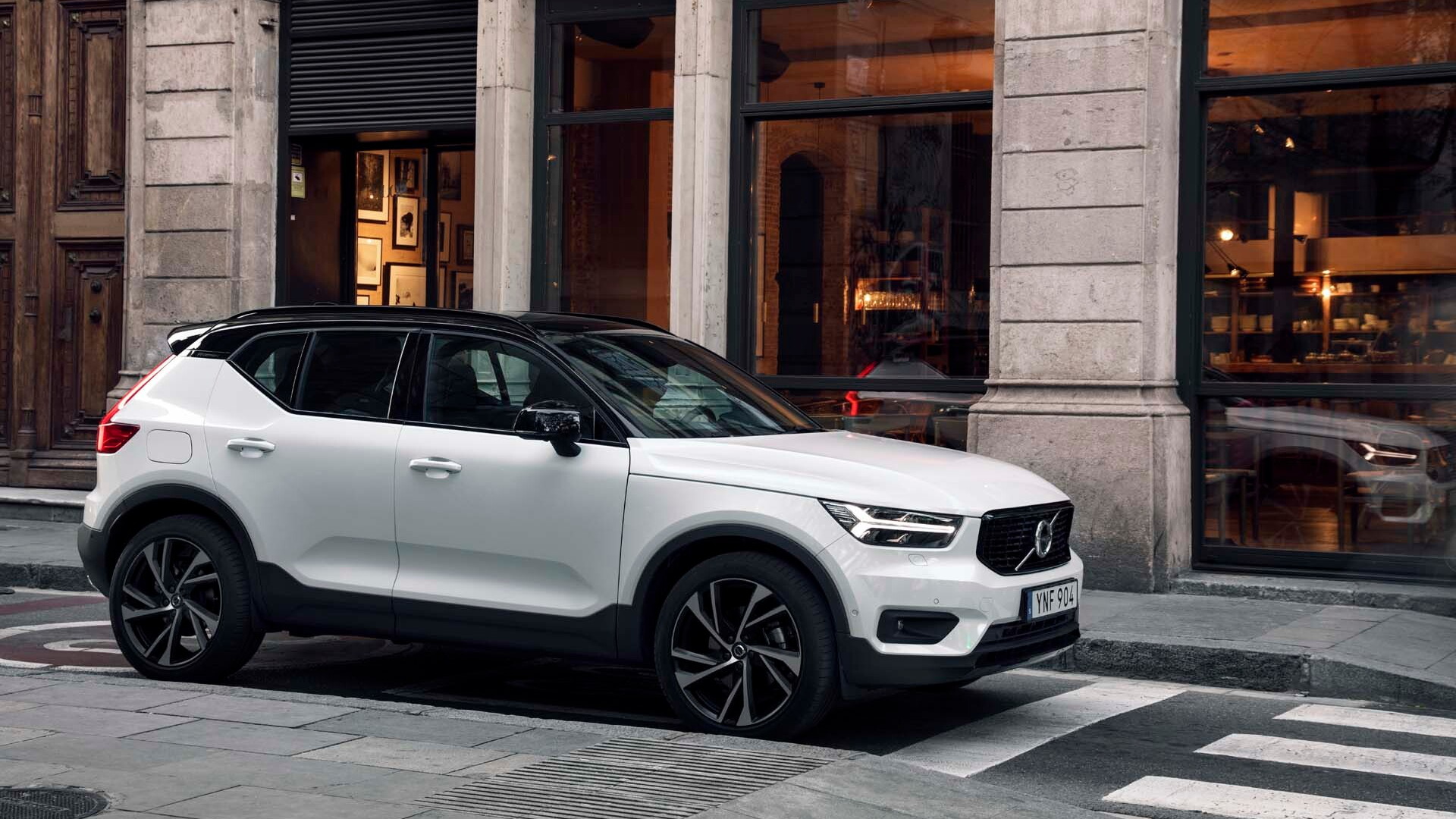 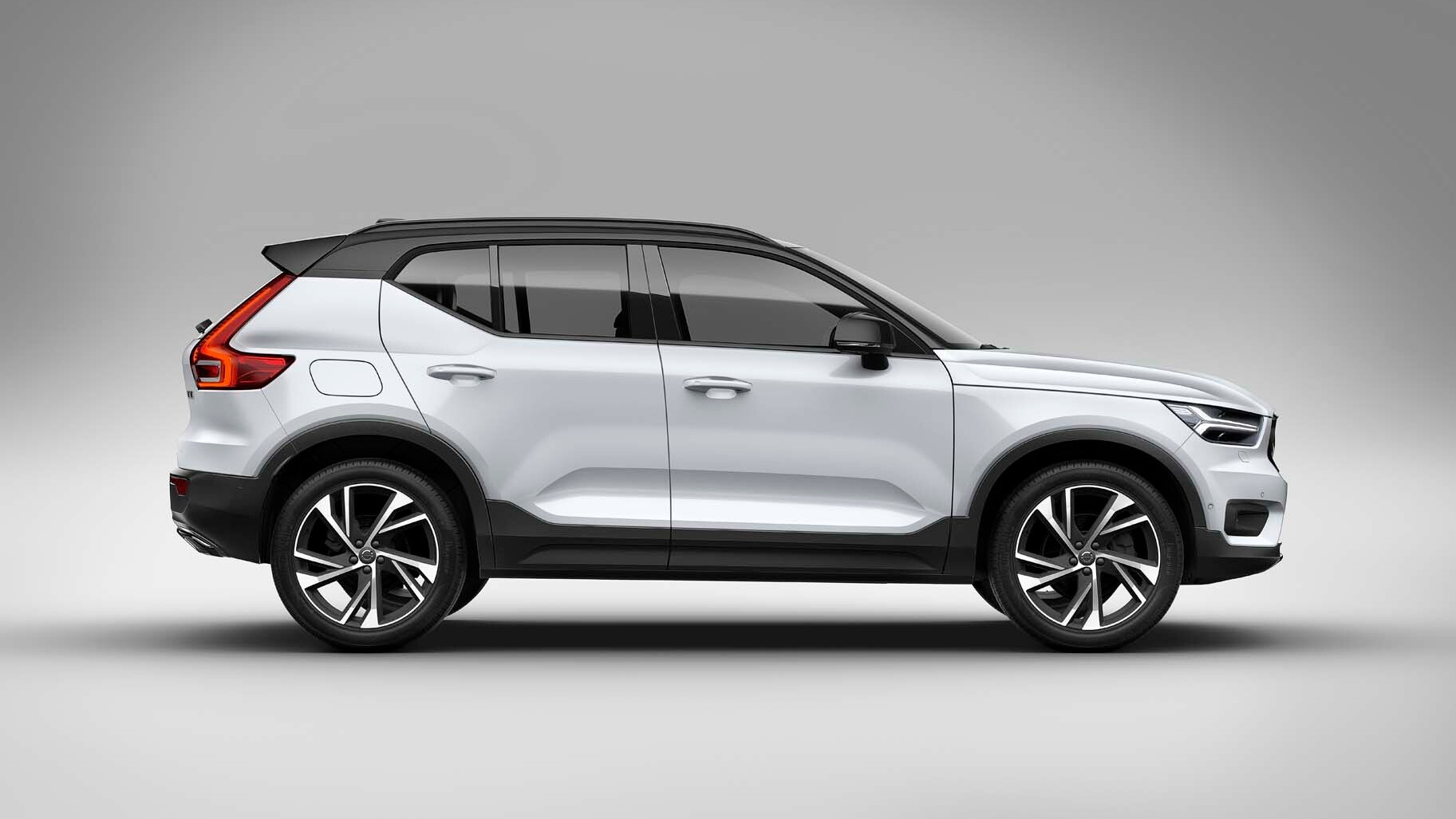 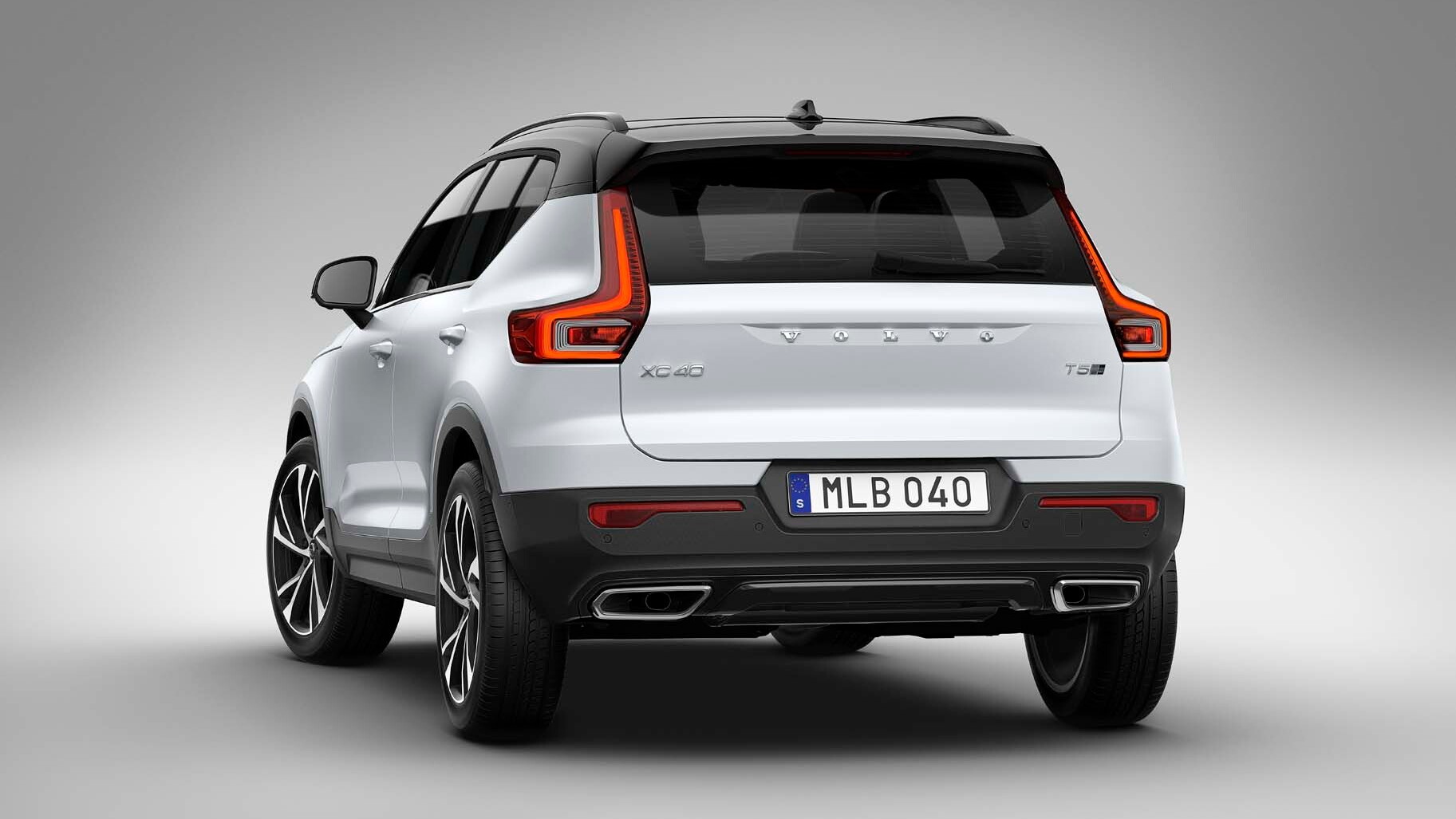 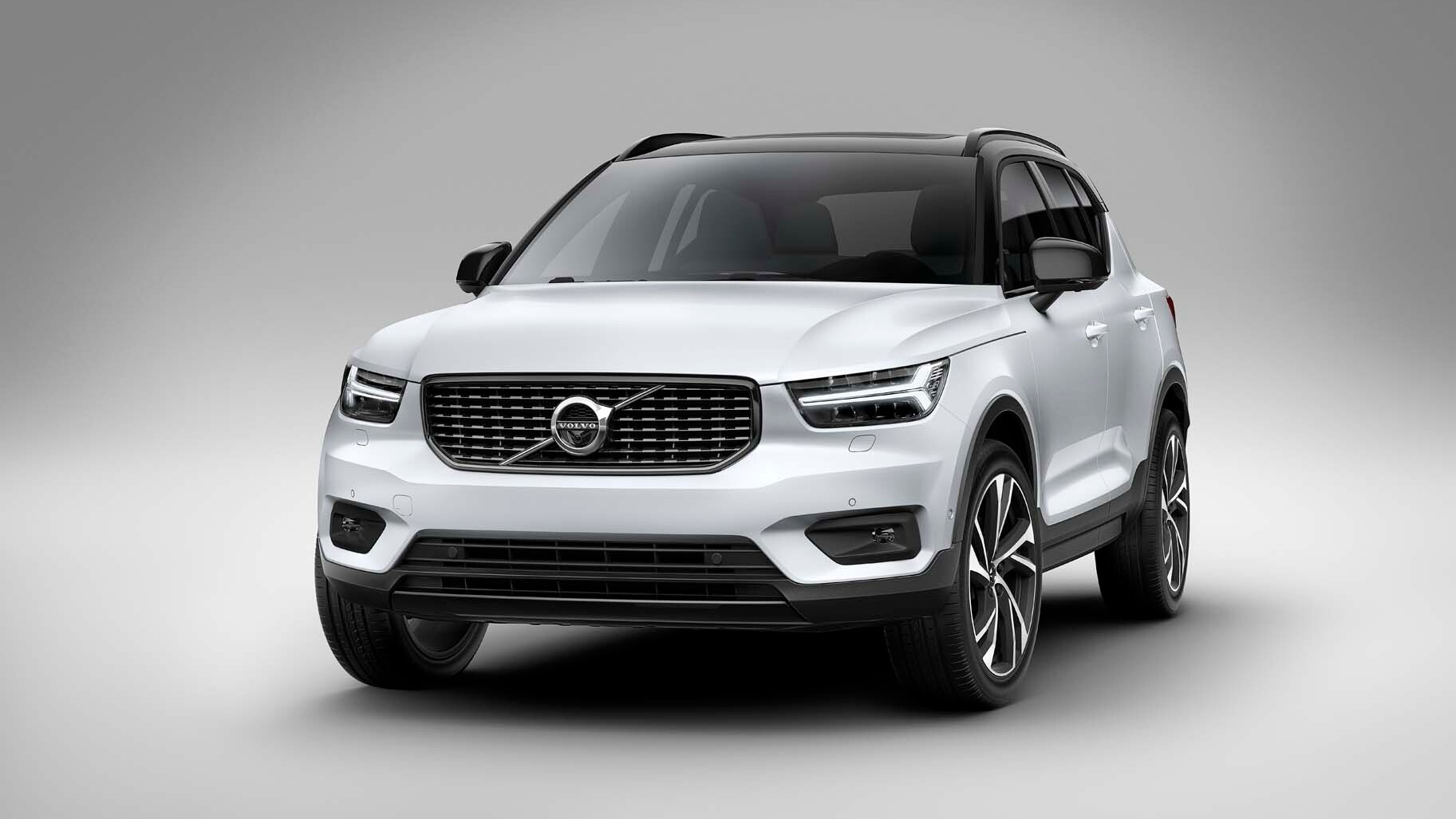 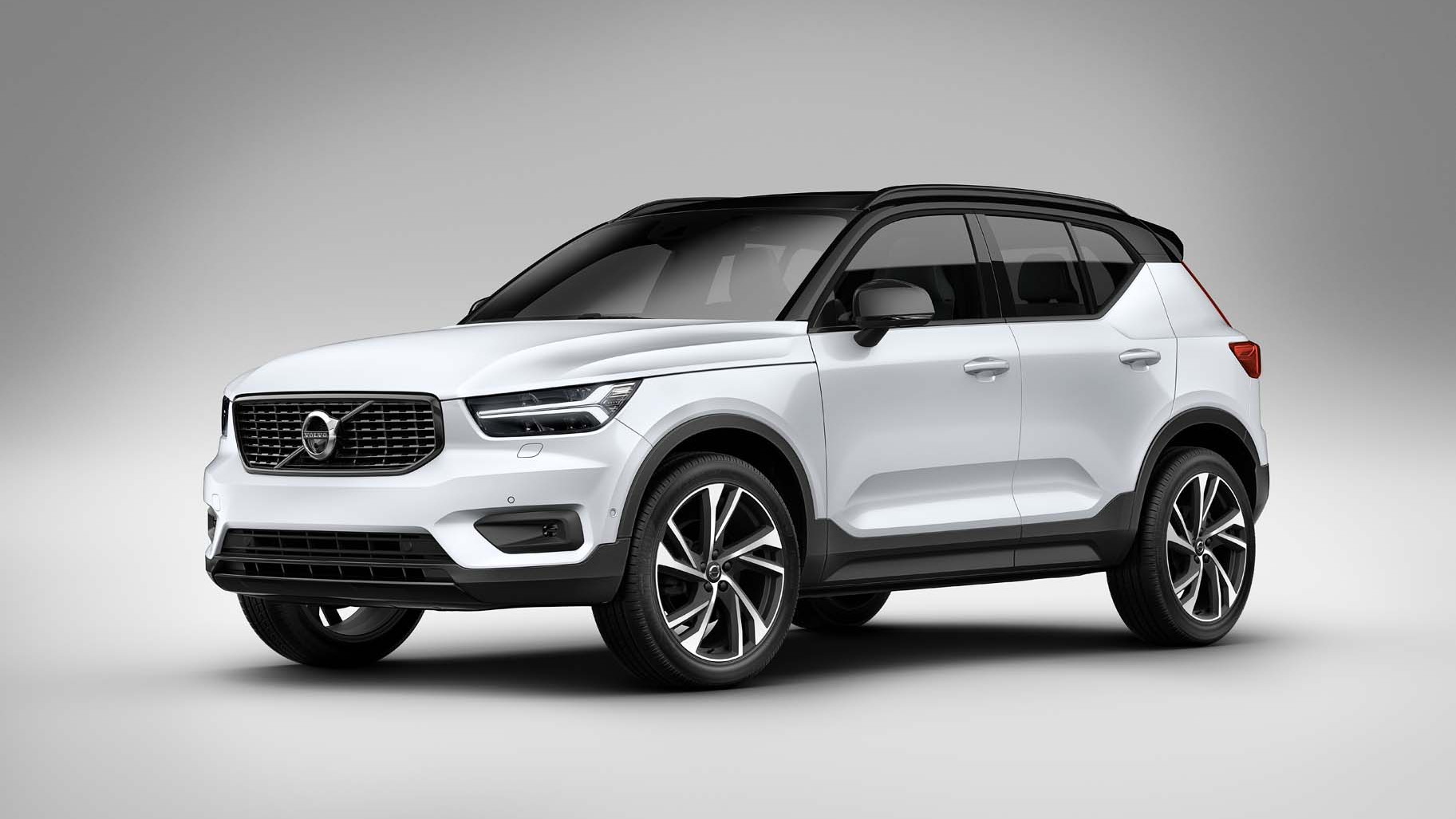 Shooting through the streets of Barcelona behind the wheel of the 2019 Volvo XC40 is doubly appropriate.

Not only because the Spanish city has been dubbed “Gothenberg South” after regular visits by Volvo engineers, but also because the XC40 is the automaker’s version of Juan Ponce de Leon: The crossover is built to search for springs of youth in new worlds.

Take a look at the vivid Lava Orange interior for proof. Not convinced? How about the pale Amazon Blue exterior with white roof and white wheels, or the automaker’s recently announced Netflix-like subscription model? 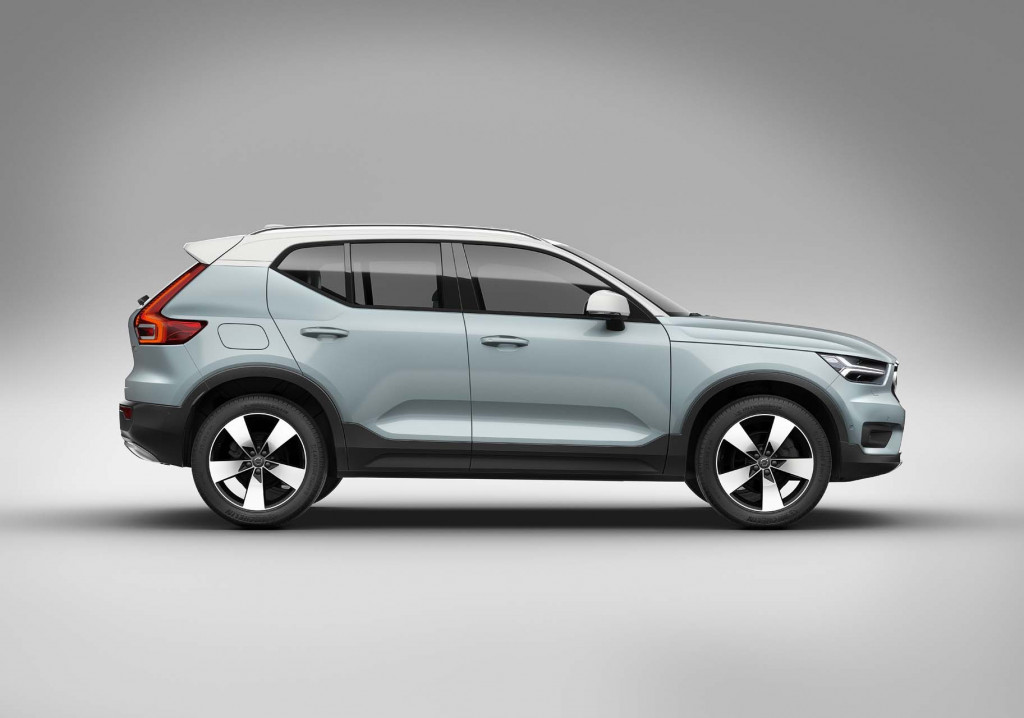 The XC40 is looking for renewed, younger life—Florida or beyond.

According to the automaker, the average age of a Volvo buyer is well into the 50s, highly educated, and flush with cash. That looks good on paper, but the countless new buyers willing to parlay a bundled $600-a-month payment into a car, insurance, and maintenance (including wear-and-tear items such as tires) like their cellphone plan looks better.

Capturing attention from those younger buyers is no easy task. Month-to-month subscription plans can be a big ask from the generation that considers “Family Guy” drawn out like Dumas.

For the day-to-day flash, the XC40 features smart ideas that seem like they should have been done already. There’s a small, removable trash bin in the center armrest that’s waterproof (ask me how I know). Several card slots near the driver’s knees can hold parking tickets or gas cards, and USB ports are paired with tabs located not far from the plugs to bring order to messy cords. All XC40s get a standard 9.0-inch touchscreen with Apple CarPlay and Android Auto, and the doors lack bottom-mounted speakers to adequately hold a 15-inch notebook computer. 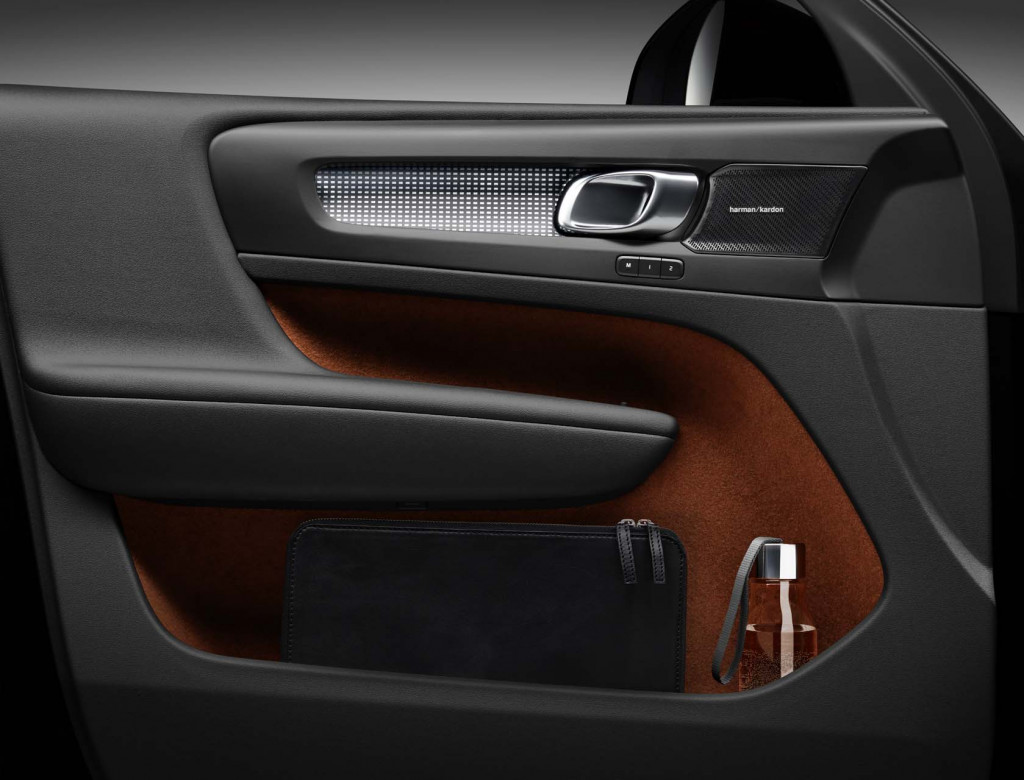 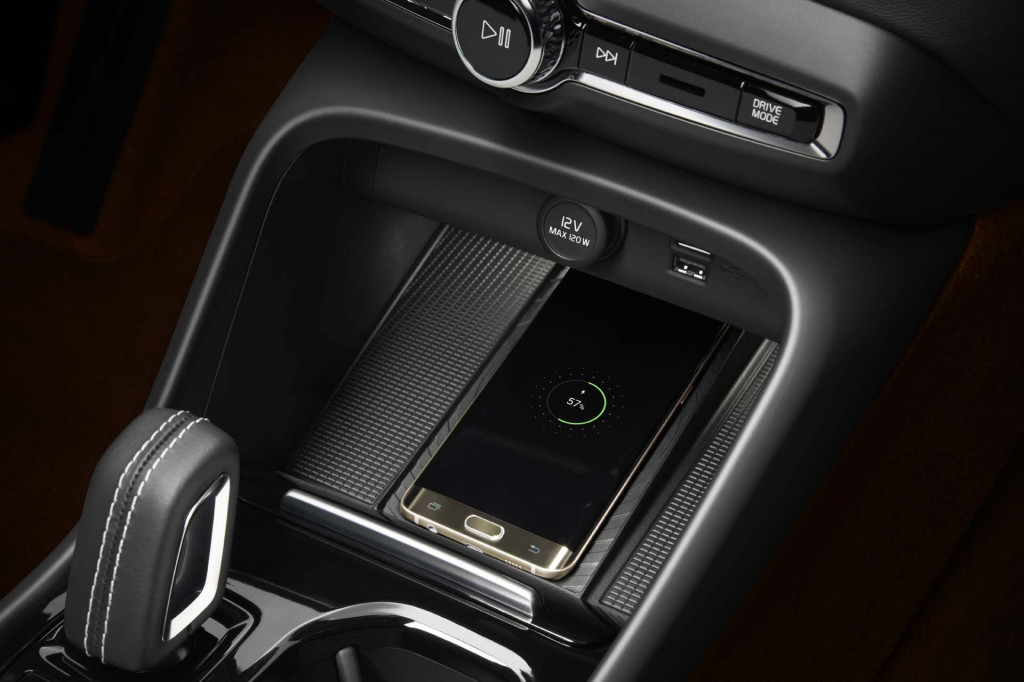 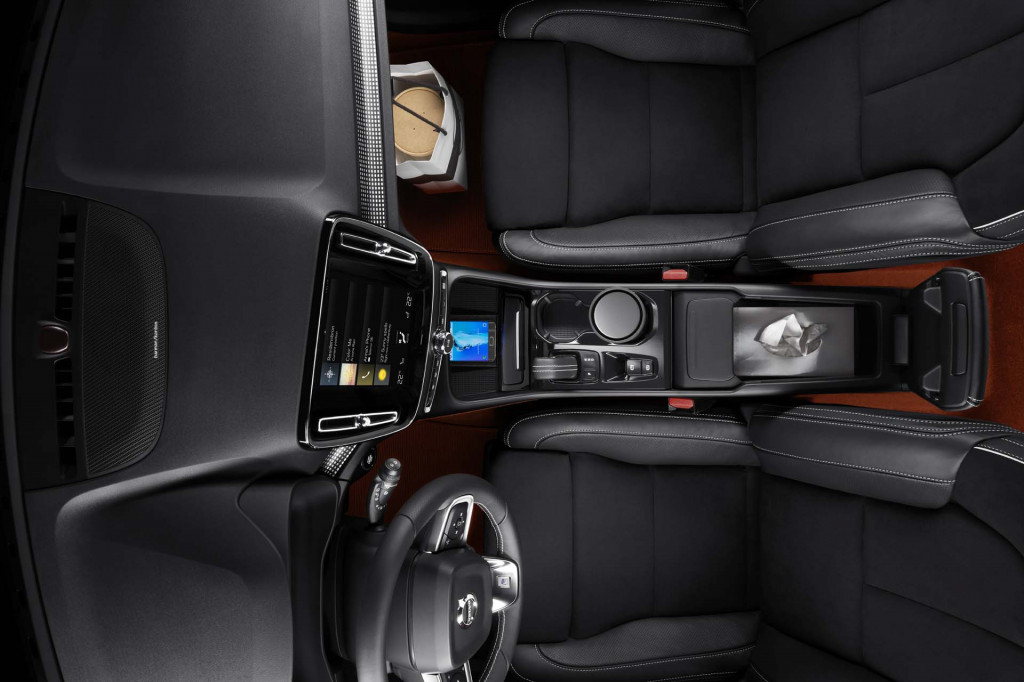 The XC40 is a trendy rucksack on wheels.

Underneath is a competent crossover that’s surprisingly better than the sum of its clever parts.

Riding atop Volvo's new, smaller CMA platform, the XC40 is nearly a foot shorter than the XC60 with almost seven inches trimmed between the wheels. The XC40 is surgically sized between the BMW X1 and Jaguar E-Pace, its two most likely competitors when it goes on sale in March.

Despite the smaller size, the XC40 is still passenger and cargo friendly. The rear seats adequately hold two adults with 20.7 cubic feet of cargo capacity behind them. A configurable cargo floor can lay flat, perch upright to offer more grocery hooks and trap bags between the seatbacks and cargo area, or store the hatch's parcel shelf when more vertical space is needed.

DON'T MISS: Why Care by Volvo could revolutionize car ownership

There is opportunity here for Volvo and other automakers. Small and affordable compact crossovers likely will be red hot for new buyers, cannibalizing sales of compact sedans and picking their teeth with small wagons—both segments where Volvo has done well in the past.

But those 240s and 850s are all forgotten in a millennial’s memory, and what have you done for me lately. The XC40 is sized right, with room for 6-footers to sit behind other 6-footers, stare at their phones, and cross town to the other tapas bar.

Did I just describe a Volvo, or a day in Barcelona?

The XC40 does Barcelona better than I could, anyhow.

The first available powertrain in the U.S. will be a 2.0-liter turbo-4 that makes 248 horsepower and 258 pound-feet of torque paired to an 8-speed automatic. Volvo calls this the T5 model, and all-wheel drive is standard at the outset. A 2.0-liter turbo-4 with less boost (and therefore less power) and front-wheel drive will arrive later in the summer.

Volvo has confirmed a battery electric version of the XC40 later on as well. Other powertrains and permutations on the small platform are in the mail, too—perhaps even a plug-in hybrid—although Volvo is incredibly tight-lipped about those versions. Volvo won’t play its hand with the XC40 early in a bid to keep subscribers interested in upgrading their models each year, renewing their two-year commitments. 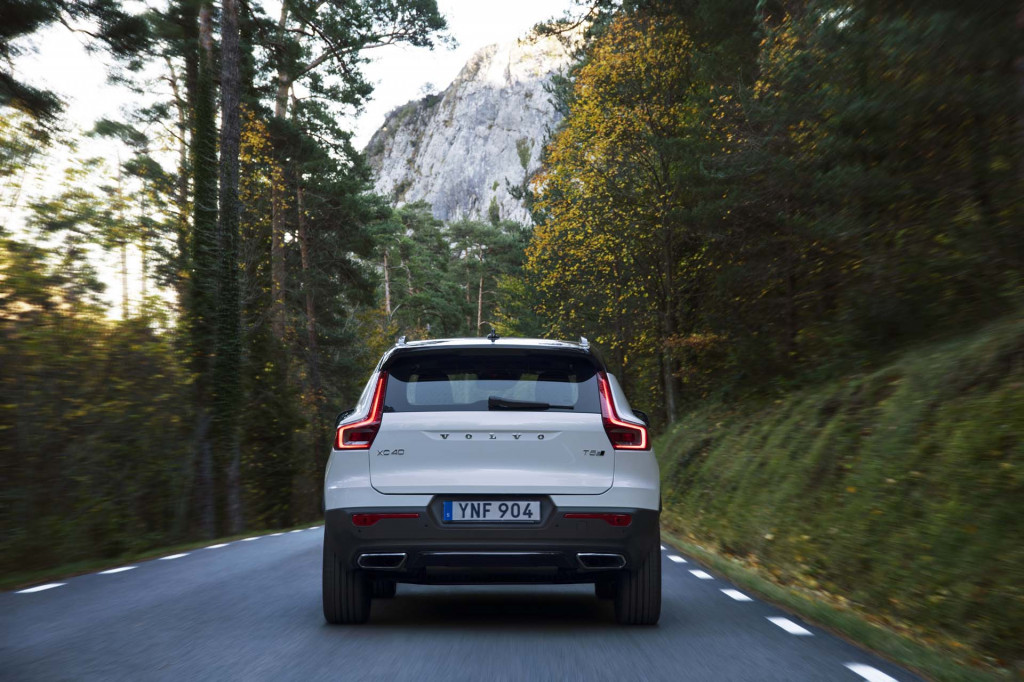 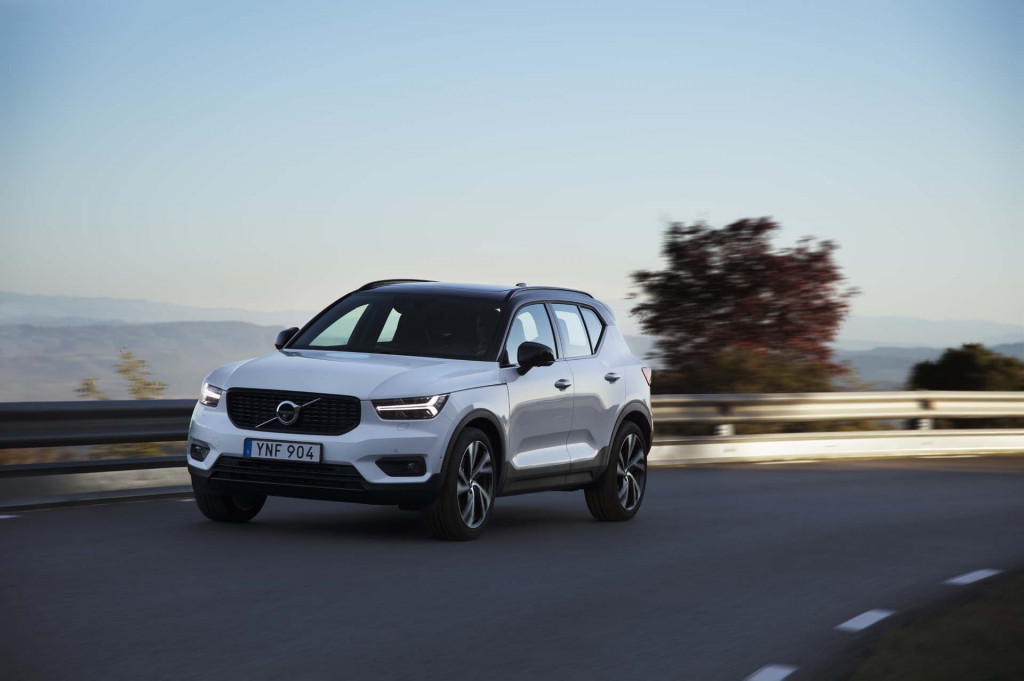 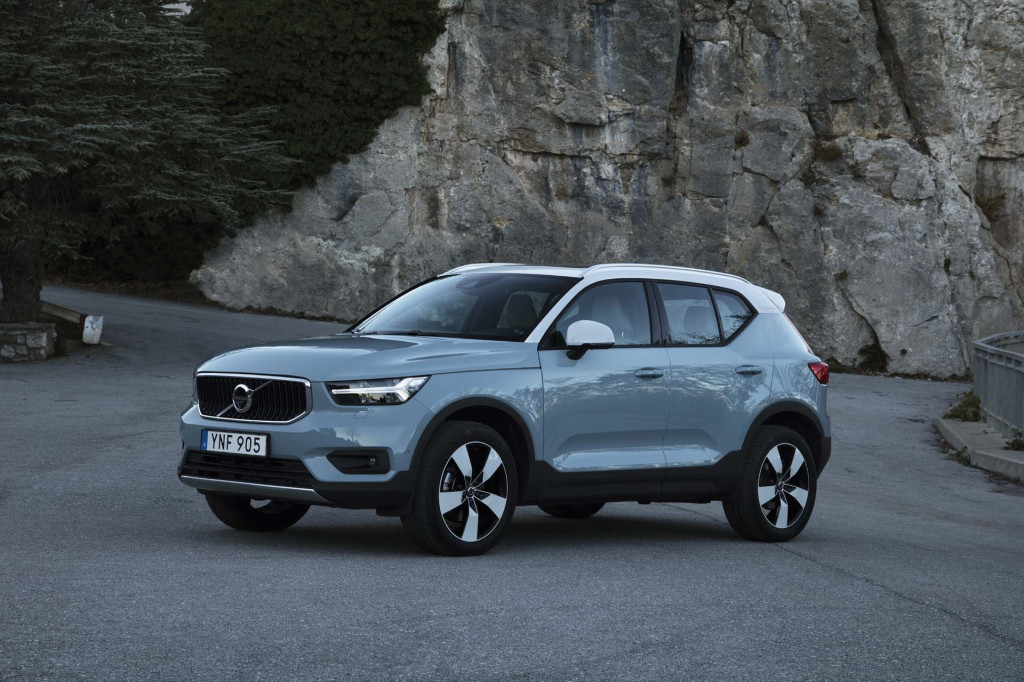 Overlooking the XC40 T5 AWD is a mistake anyway. The competent turbo-4 under the clean clamshell hood pleasantly powers the XC40 up to 60 mph in a surprising 6.2 seconds, and the 8-speed happily doesn't upshift too quickly for fuel efficiency's sake during rapid acceleration. That's a plus on cobbled Spanish streets or in hometown, America.

Plant the throttle and the XC40 T5 cuts forward with immediacy with only a slight rumble from the turbo-4 permeating the cabin. It handles its power well and stays sharp at low speeds. The XC40’s 37.4 foot turning circle is identical to those of the I-Pace and X1, which flick around narrow streets.

Customizable drive modes toggle among Eco, Comfort, Dynamic, and Off-Road settings, with throttle response, shift points, and steering heft settings tweaked among them. We spent most of our time in Comfort, with small turns at Eco and Dynamic when the road was less or more interesting.

Dynamic adds a predictable weight to the steering wheel that builds nicely, but still prefers to keep communication between the front tires and driver at a bare minimum. Comfort keeps throttle responses in a less frantic mood in Barcelona traffic—something the myriad bicyclists along the route appreciated. A comfortable mix of all of the above can be chosen using the XC40’s Individual mode—like Build-a-Bear, but not nearly as cute. 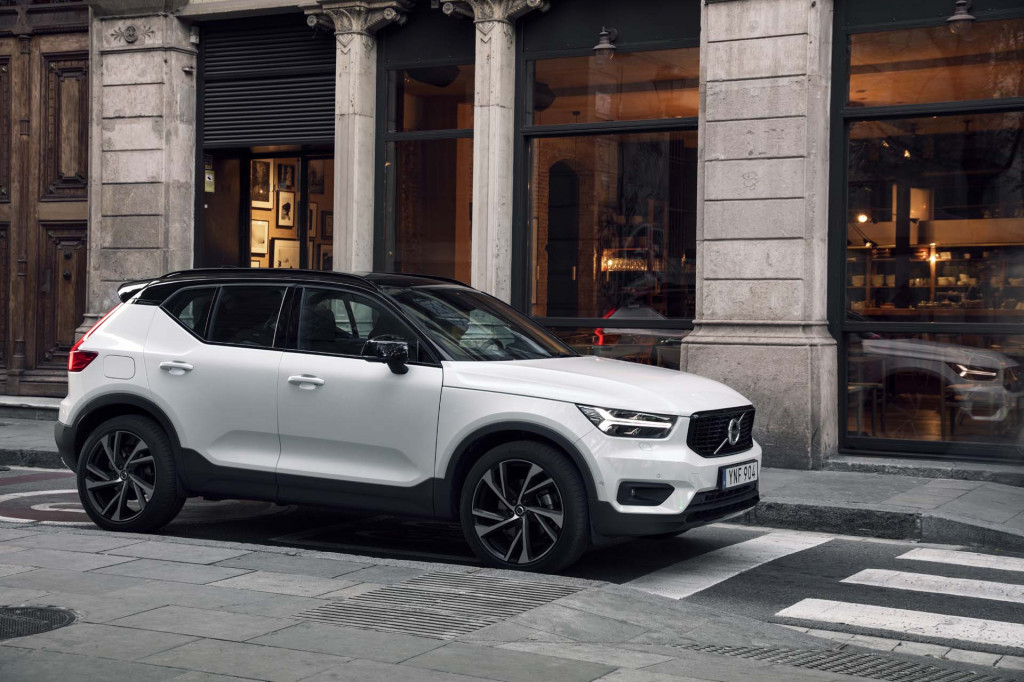 The XC40 I drove on a brisk Barcelona afternoon was Euro-spec: a baby-seat hook in the front passenger footwell, no window tint, and no spare tire were confirmation. But the first clue was the summer Pirelli P-Zeroes that wrapped around 20-inch wheels. U.S. buyers will get standard all-season Pirelli or Michelin tires, depending on wheel size, which could result in a less confident ride on dry pavement.

It’s likely that some of my XC40’s athleticism can be attributed to the stickier tires, although the XC40’s suspension guru Stefan Karlsson also should take a bow for his performance. When Karlsson’s not tuning the XC40’s ride and response to impressive levels, he jockeys his NA Miata around a track, he told me. That’s the guy we want setting up our crossovers.

The XC40 will be available in Momentum and R-Design trim levels that have identical ride heights, but the R-Design boasts springs that are 10 percent stiffer, 0.5-millimeter larger anti-roll bars, and monotube Mando shocks. An optional, upgraded suspension will be available later next year with adjustable Tenneco shocks and Ohlins tuning—the same setup from the XC90—but that version wasn't available for testing. My guess? The slight jitters with tall wheels and a stiffer suspension will be settled into a creamy compact crossover that's flush with tech. 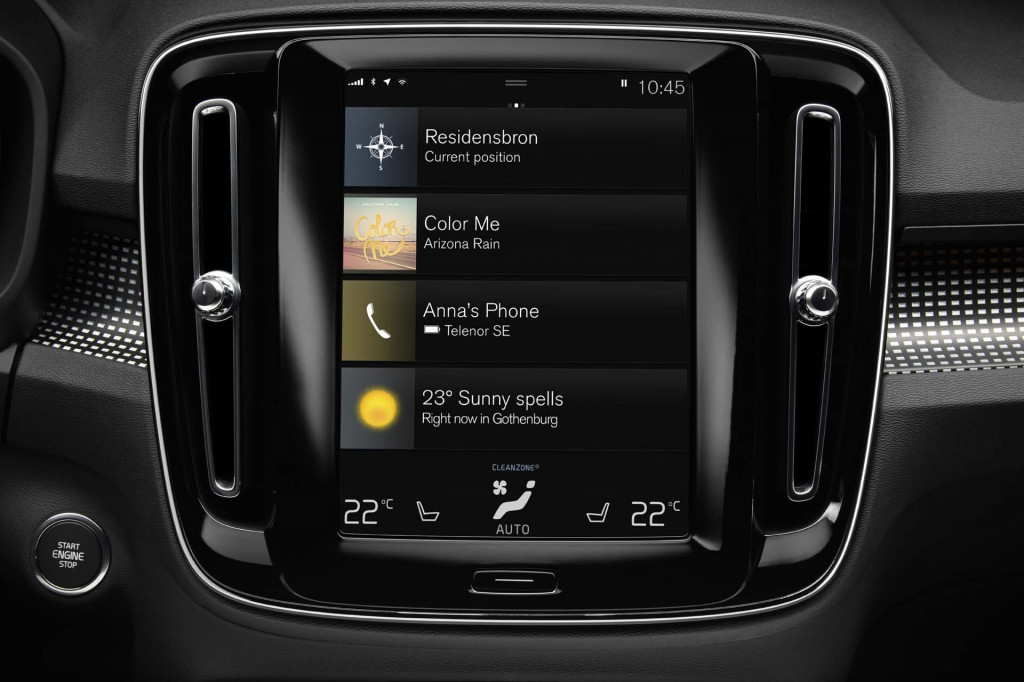 All trim levels of the XC40 sport the same 9.0-inch Sensus infotainment touchscreen found in the XC90 and XC60 that set the table for Volvo’s suite of tech-first ideas. In addition to virtually handing keys to other drivers with a smartphone and tracking the car’s location, Sensus relays navigation and audio information to the XC40’s standard 12.3-inch instrument cluster and will play well with Apple or Android smartphones.

More than 21 inches of screens as standard—more than the X1 and I-Pace—in the Volvo isn’t a surprise considering its target audience. Youth must be served, after all.

Volvo provided travel and lodging to Internet Brands Automotive to bring you this firsthand drive report.