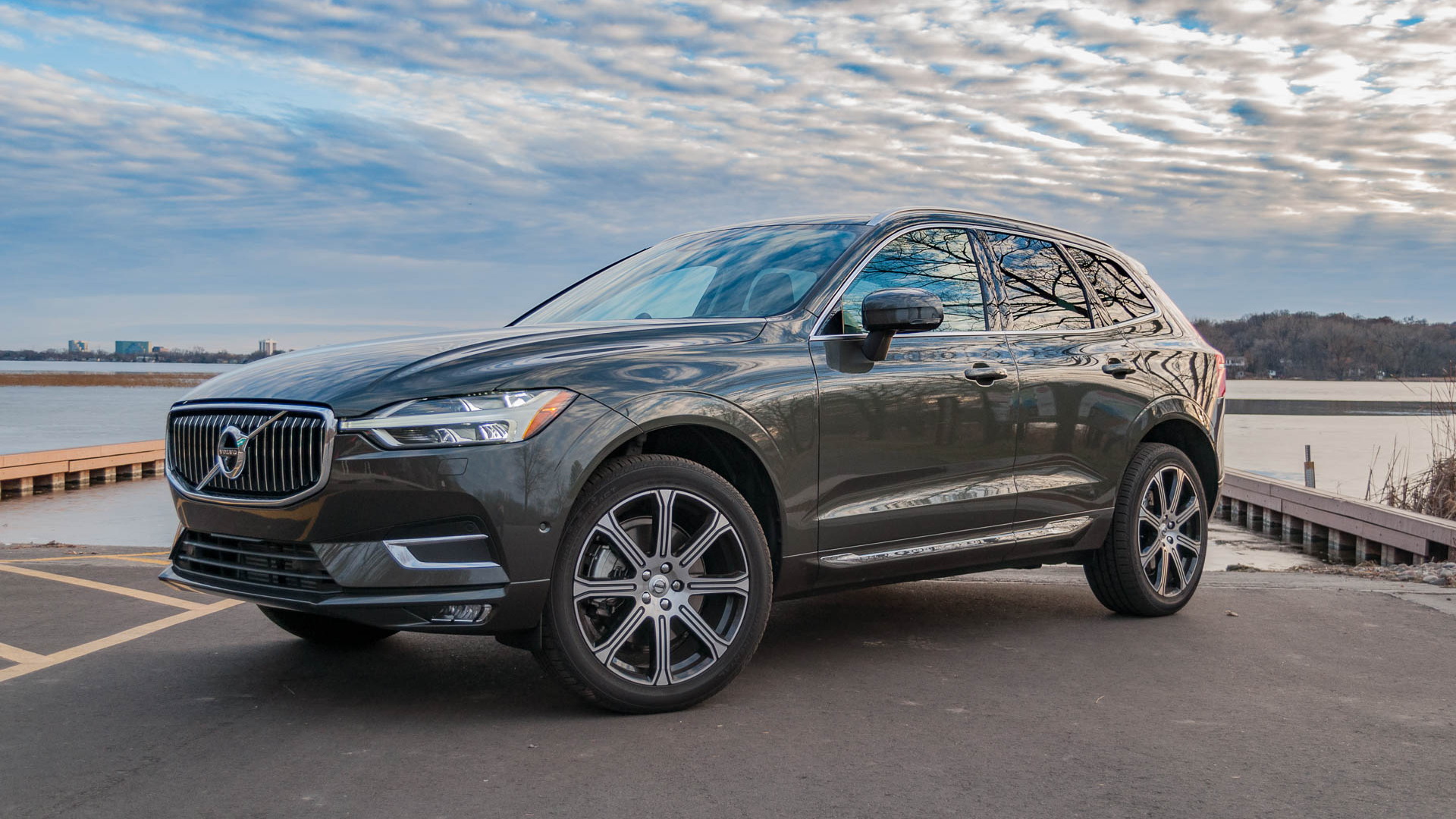 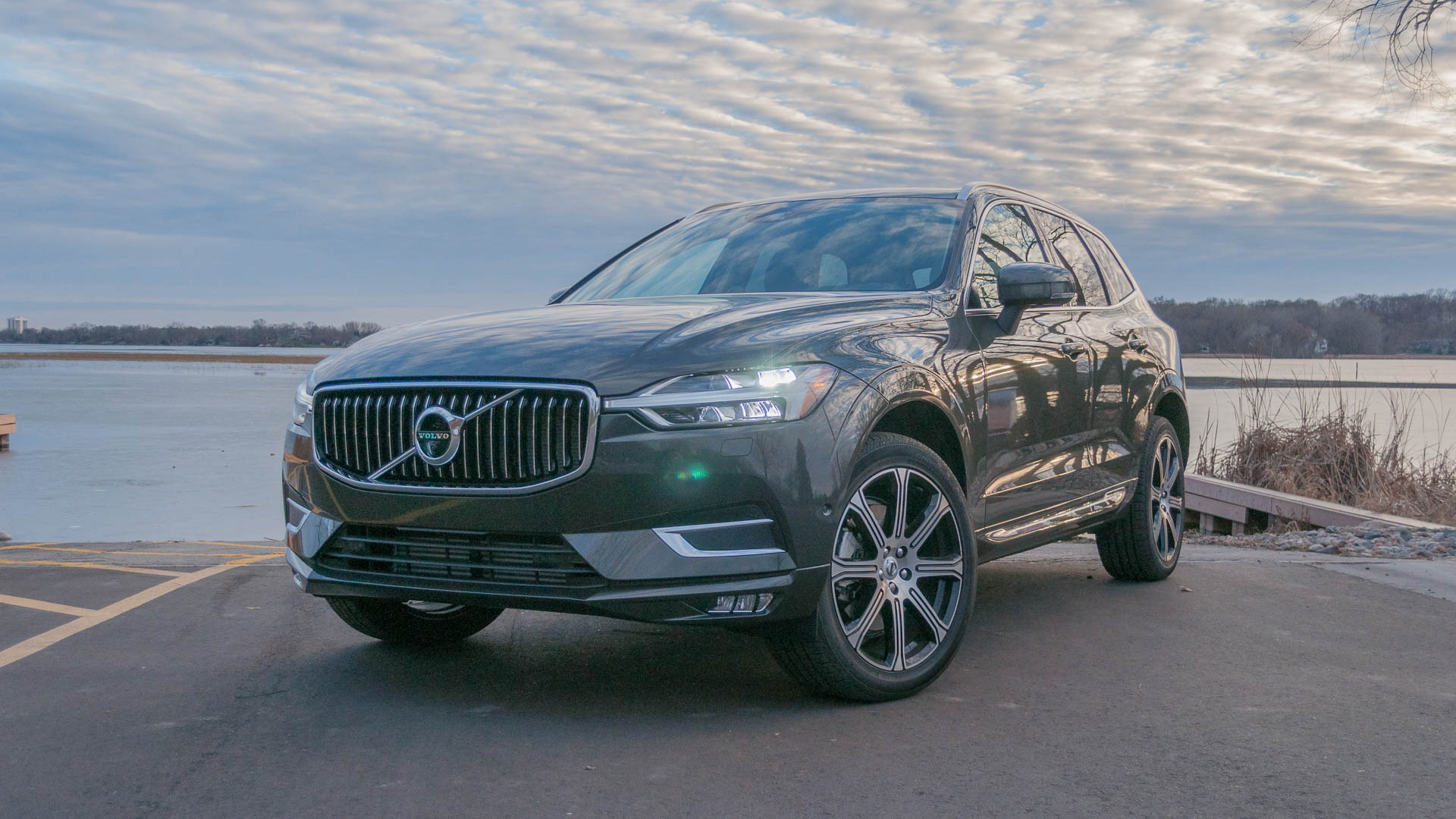 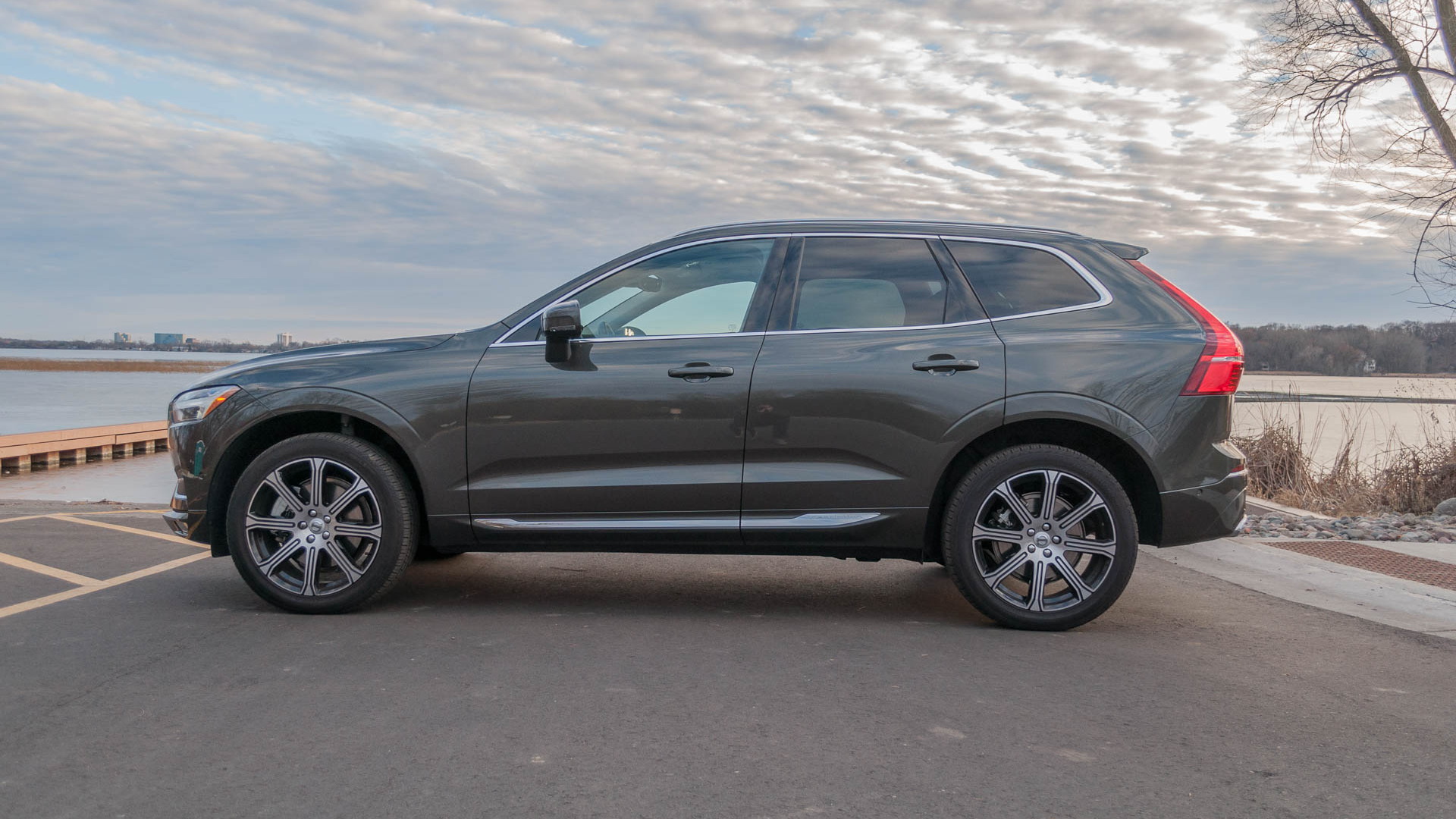 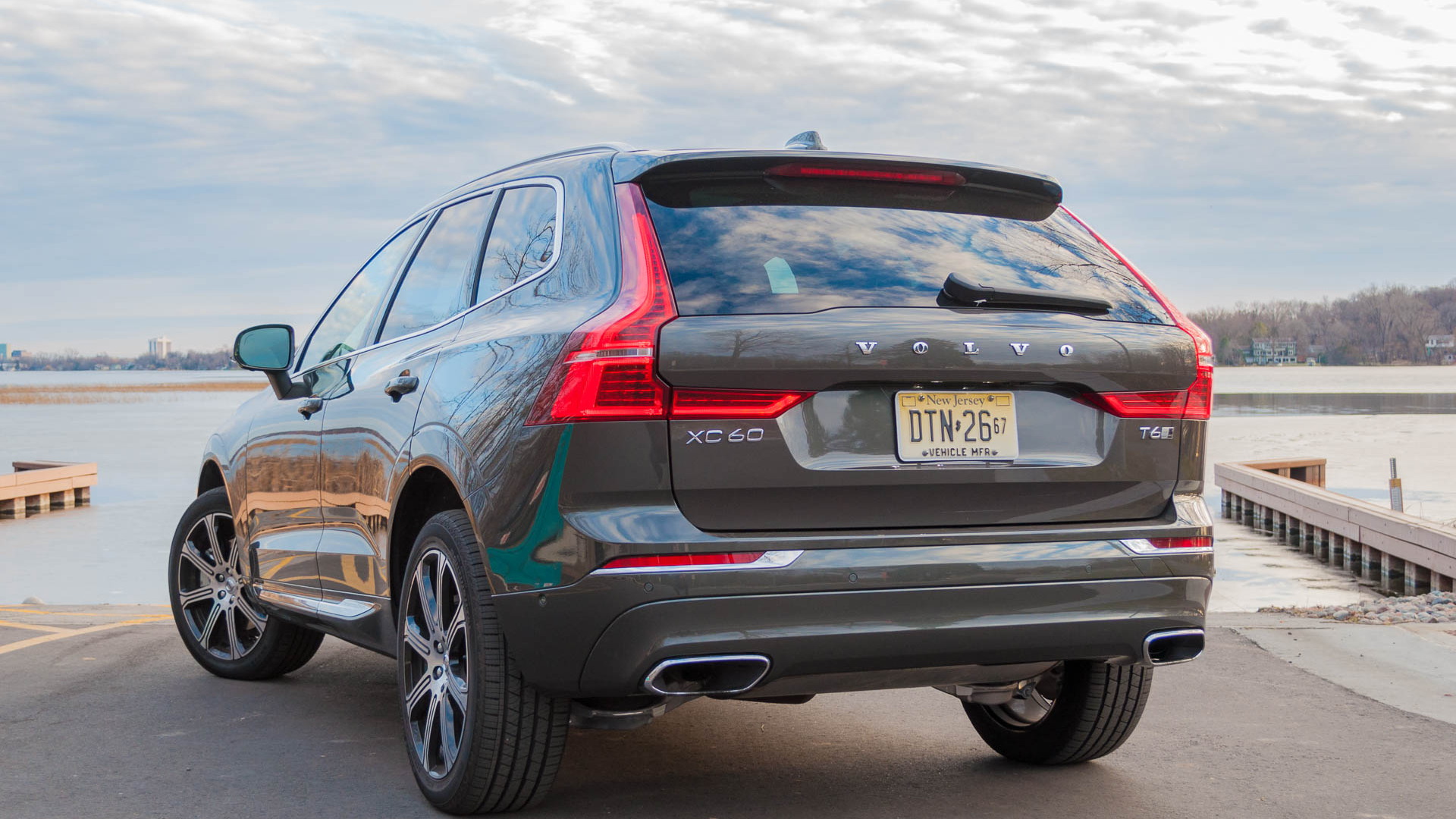 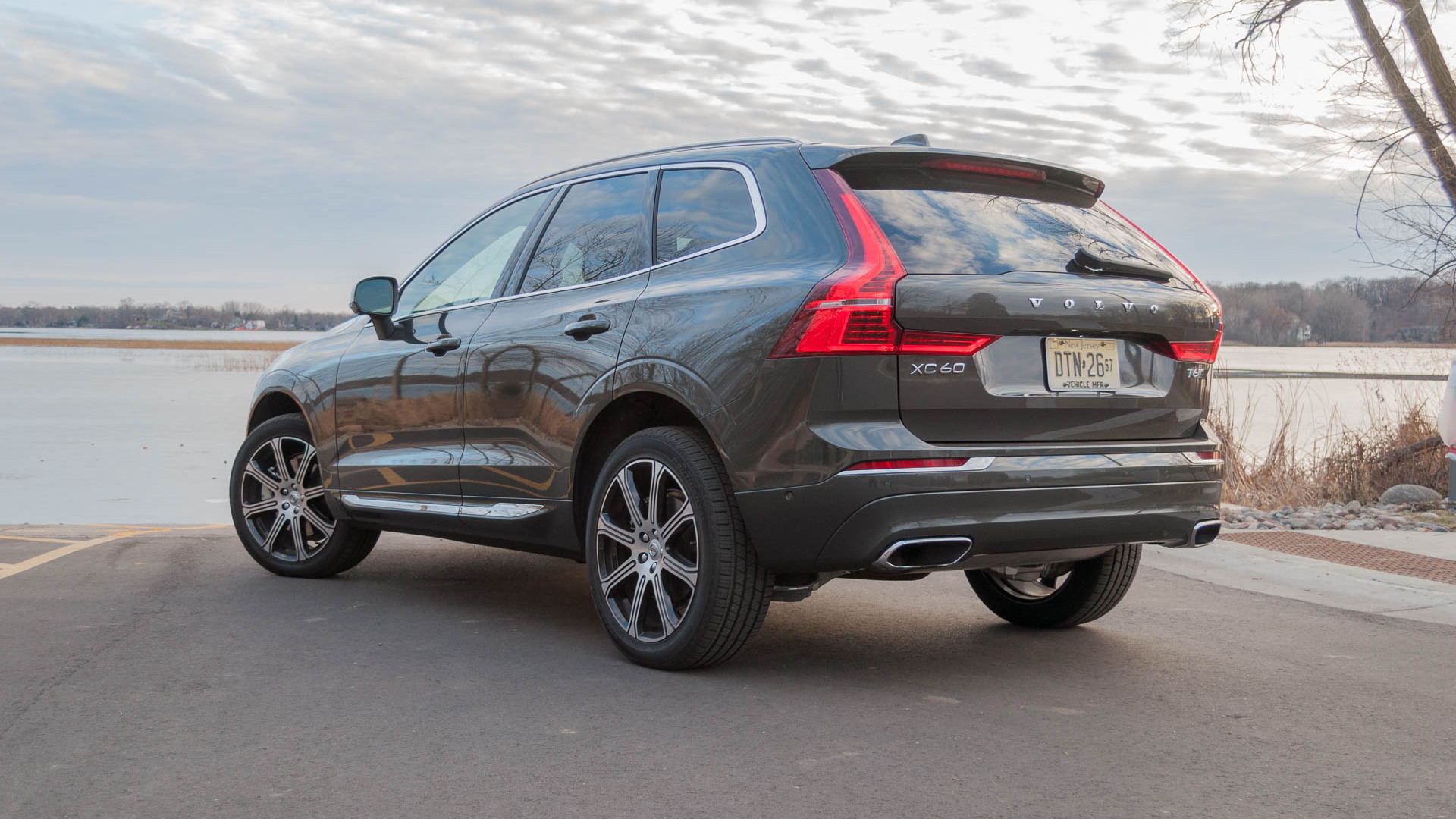 Volvo is reinventing itself with fresh products, the latest technologies, new 4-cylinder and electrified powertrains, and ground-up platforms faster than most believed it could. Now that it has successfully captured the automotive world's attention with the flagship XC90 and S/V 90 models, it's time for the smaller XC60.

Volvo has managed to pull off quite a feat by distilling the terrific mid-size XC90 into something with some finer details, more beauty, and the same levels of luxury in a tidier package to create the 2018 XC60.

The exterior starts from the XC90's design direction but actually refines the aesthetic. The front details are more intricate with a more pronounced, three-dimensional grille that juts out from the hood line and bumper, and meets the headlights. The headlights feature the same "Thor's hammer" shape as those of the XC90 but are more delicate as they run into the grille. Out back, the taillights don't just follow the XC60's hips. Instead, they jut inward into the tailgate to make the XC60 look wider than it actually is.

Inside the story continues with a cabin that feels familiar yet different enough thanks to the small details. The same simple design from the XC90 carries over with a few hard buttons, an available 12.3-inch digital gauge cluster, and a 9.0-inch portrait-style touchscreen infotainment display. The delicate-looking round air vent controls and the thin band of trim that elegantly spans the width the dashboard are details that, though small, differentiate the XC60 from the larger XC90. The trendy driftwood trim in my top-trim Inscription model was also very attractive.

Available with the full set of powertrains from Volvo, spanning from the T5 turbocharged 2.0-liter inline-4 to the plug-in hybrid T8, my tester was powered by the Goldilocks option dubbed the T6. It pairs a 2.0-liter inline-4 with both a turbocharger and a supercharger for a total output of 316 horsepower and 295 pound-feet of torque. That power is sent to all four wheels via an 8-speed automatic transmission.

With a curb weight of 4,054 pounds, the XC60 isn't exactly a featherweight, but with the same powertrain under the hood as the larger, and heavier XC90, it feels quick and light on its feet. Volvo claims a 0-60 mph sprint of just 5.6 seconds, and my butt Vbox says that's fair.

You're keenly aware the engine is a 4-yclinder at all times, but the T6 doesn't lack for power. As you ease into the throttle there's a hint of supercharger whine that fades as the whoosh of the turbocharger kicks in. Thanks to the twin-charging setup there's nearly no lag whatsoever in the power no matter the revs, and it never feels like you run out of steam, even on the highway.

Unlike the competition from Germany, the XC60 makes no sporty pretenses. Its available air suspension is compliant and it never crashes over bumps or road imperfections as it smothers the road. The steering is light with lots of boost dialed in, quick (but not Alfa Romeo Stelvio quick), and provides little if any feedback. All of this is just fine as it jibes with the rest the XC60's relaxed, luxurious character.

The cabin has plenty of room for four adults ride comfortably. That situation changes mildly if you need to include a toddler in a rear-facing car seat. Fitting a rear-facing car seat in the second row means moving the front seat forward a bit, which could make legroom tight for anyone over 5'7" up front. It's livable for short trips, but not for long trips for taller adults. Thankfully, kids move to a forward-facing position after a year or two, depending on state and local laws, and forward-facing child seats do not present the same problem.

The cabin isn't the only place full of technology, as the XC60's safety tech sheet reads like a laundry list. Everything you could want is either standard or available, from forward-collision warning with automatic emergency braking and blind-spot monitors to a head-up display and Volvo's semi-autonomous Pilot Assist system that works in conjunction with the adaptive cruise control.

Priced from $42,495, the XC60 is a hot Swedish meatball being thrown right into the heart of the compact crossover SUV market. My loaded Inscription tester had a window sticker of $63,290, which can easily get you into a nicely equipped mid-size XC90 or the German competition, but this just might be better if you don't need the extra space.

Volvo proved with the XC90 that it's back and ready to take on the stewards in this class. With the XC60 Volvo has shown that it wasn't a one-time deal. The XC90 is impressive, but the XC60 is a tidier, better balanced, and more polished package.

The Germans should be nervous, because if a buyer doesn't feel the need for a sporty crossover, the XC60 might have just become best vehicle in the compact luxury crossover segment.