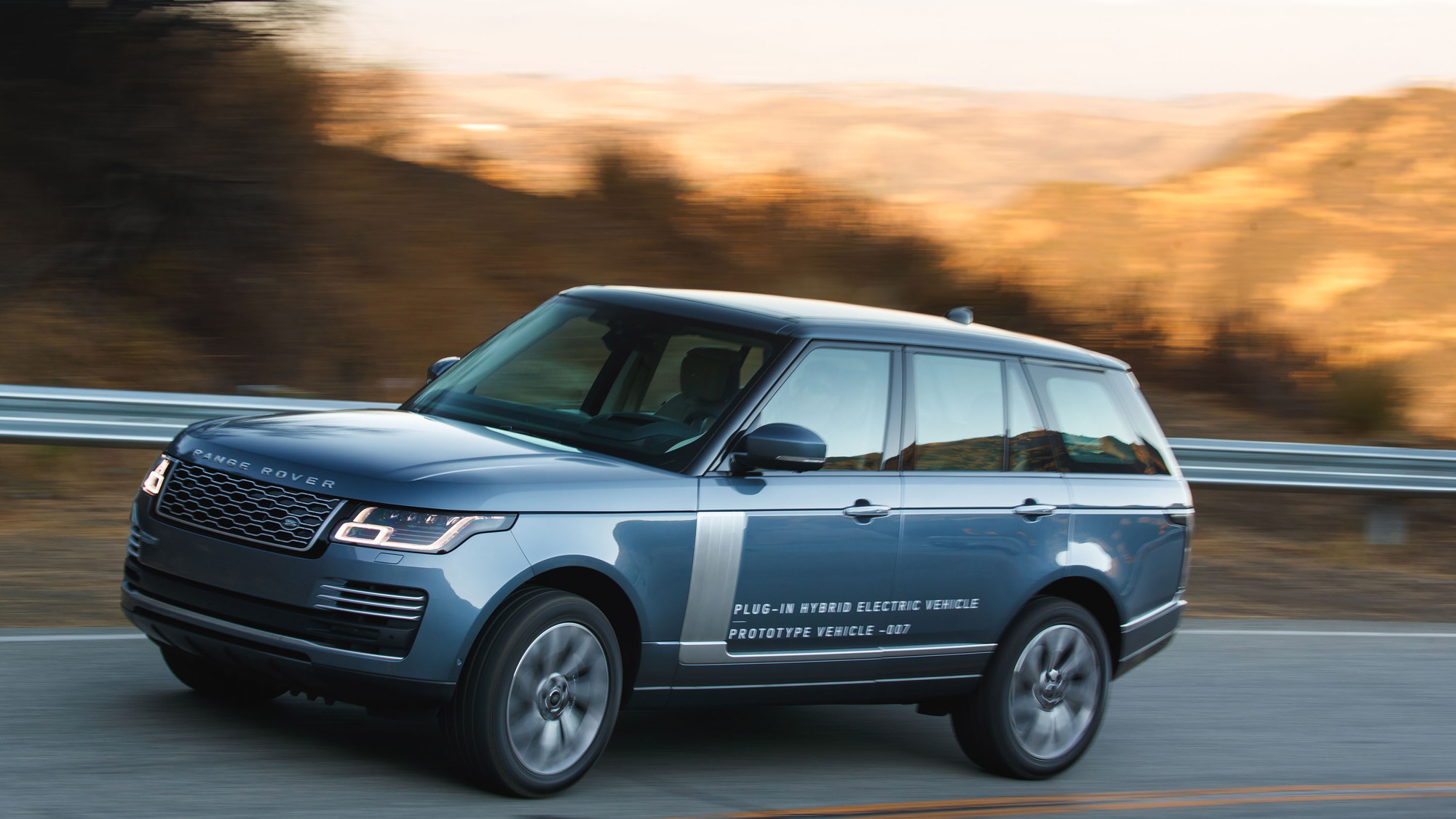 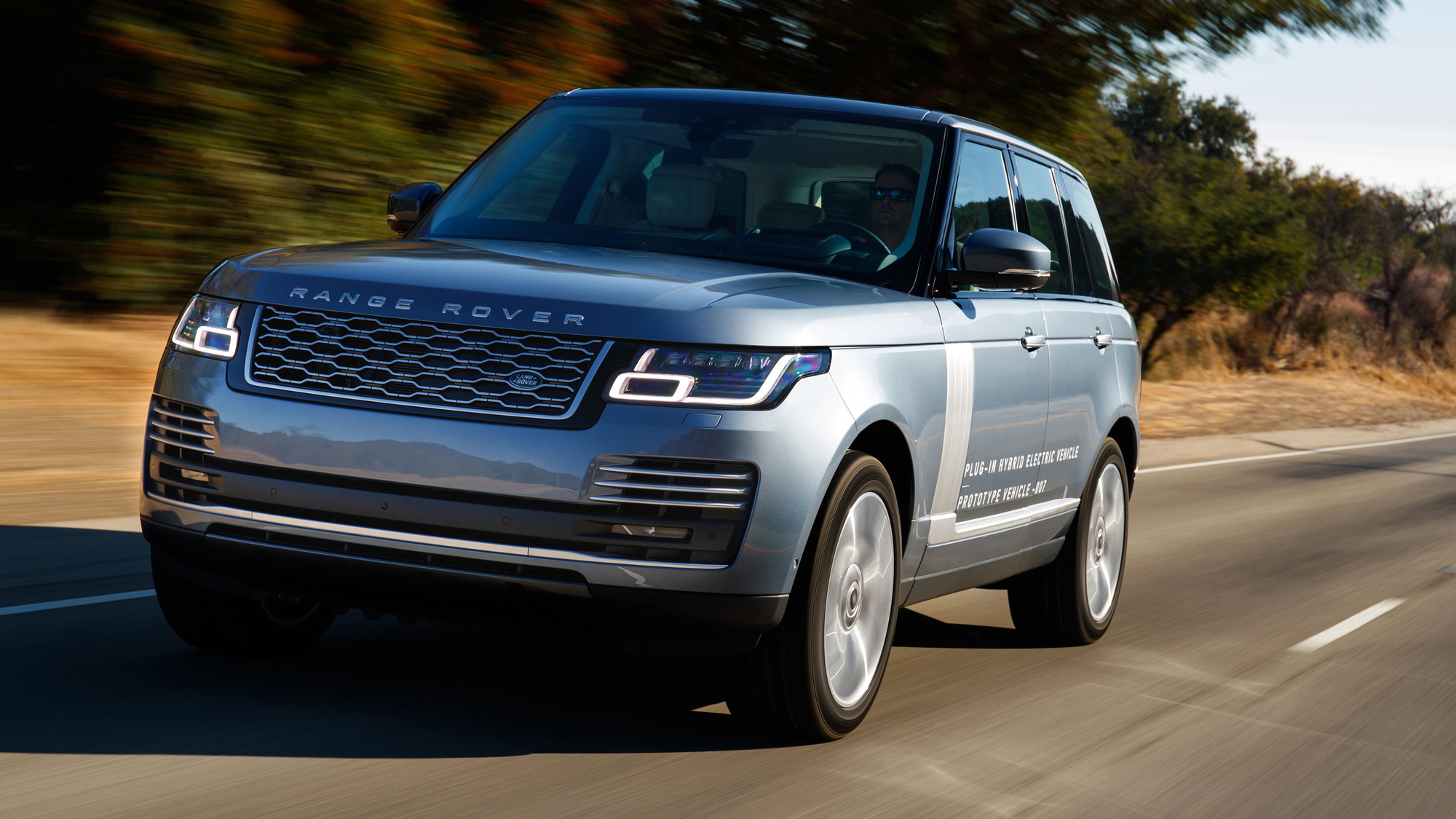 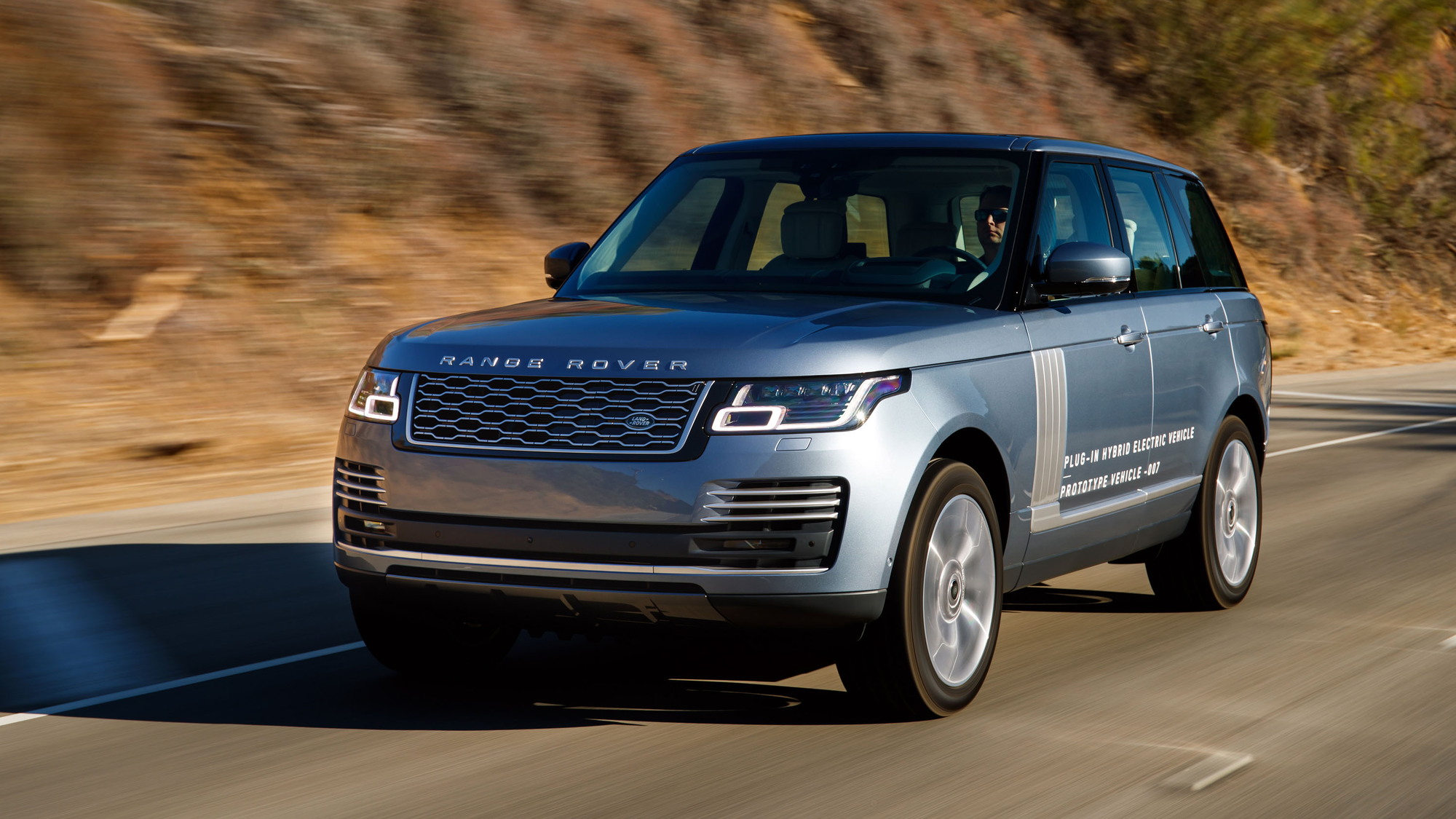 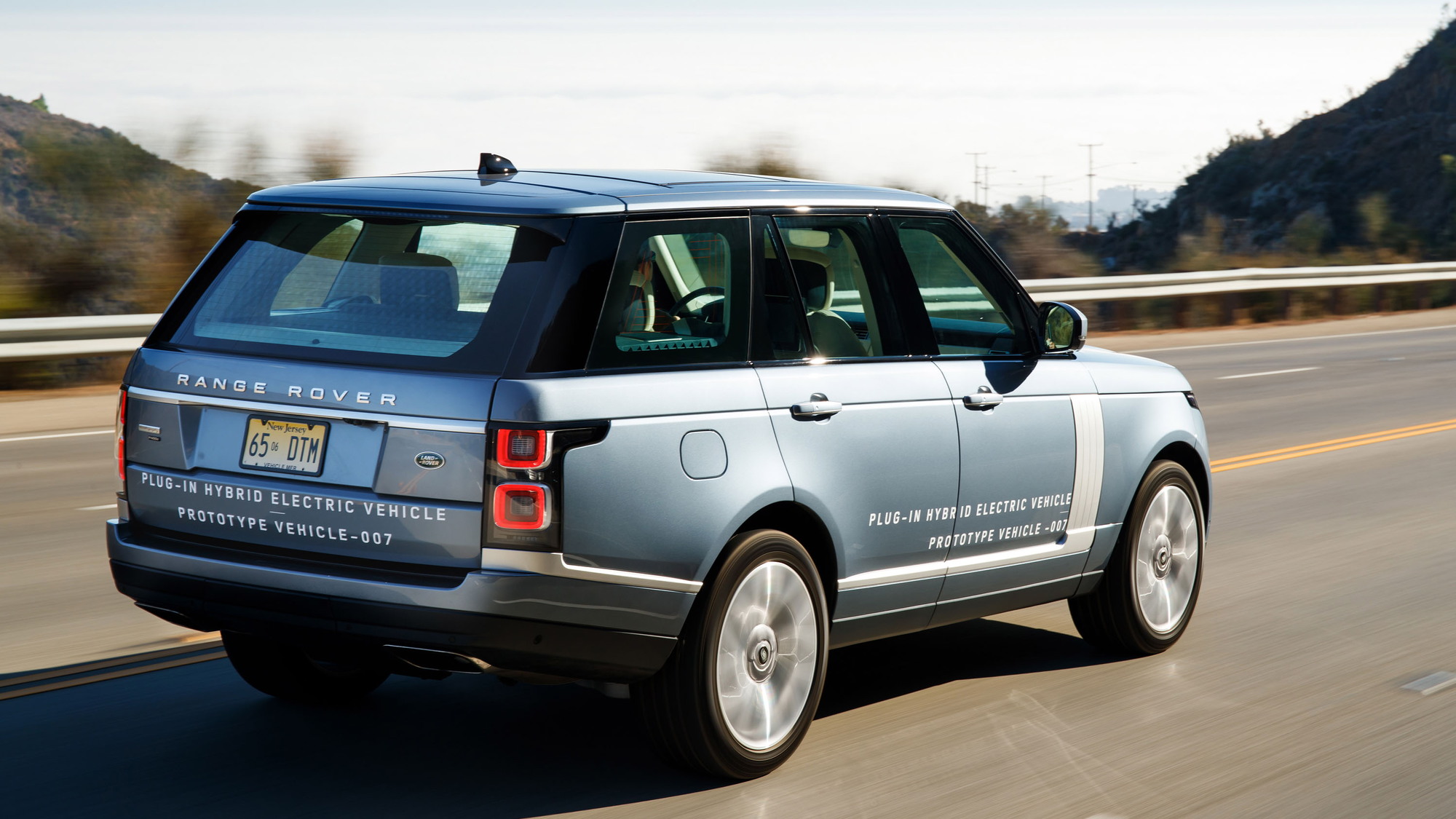 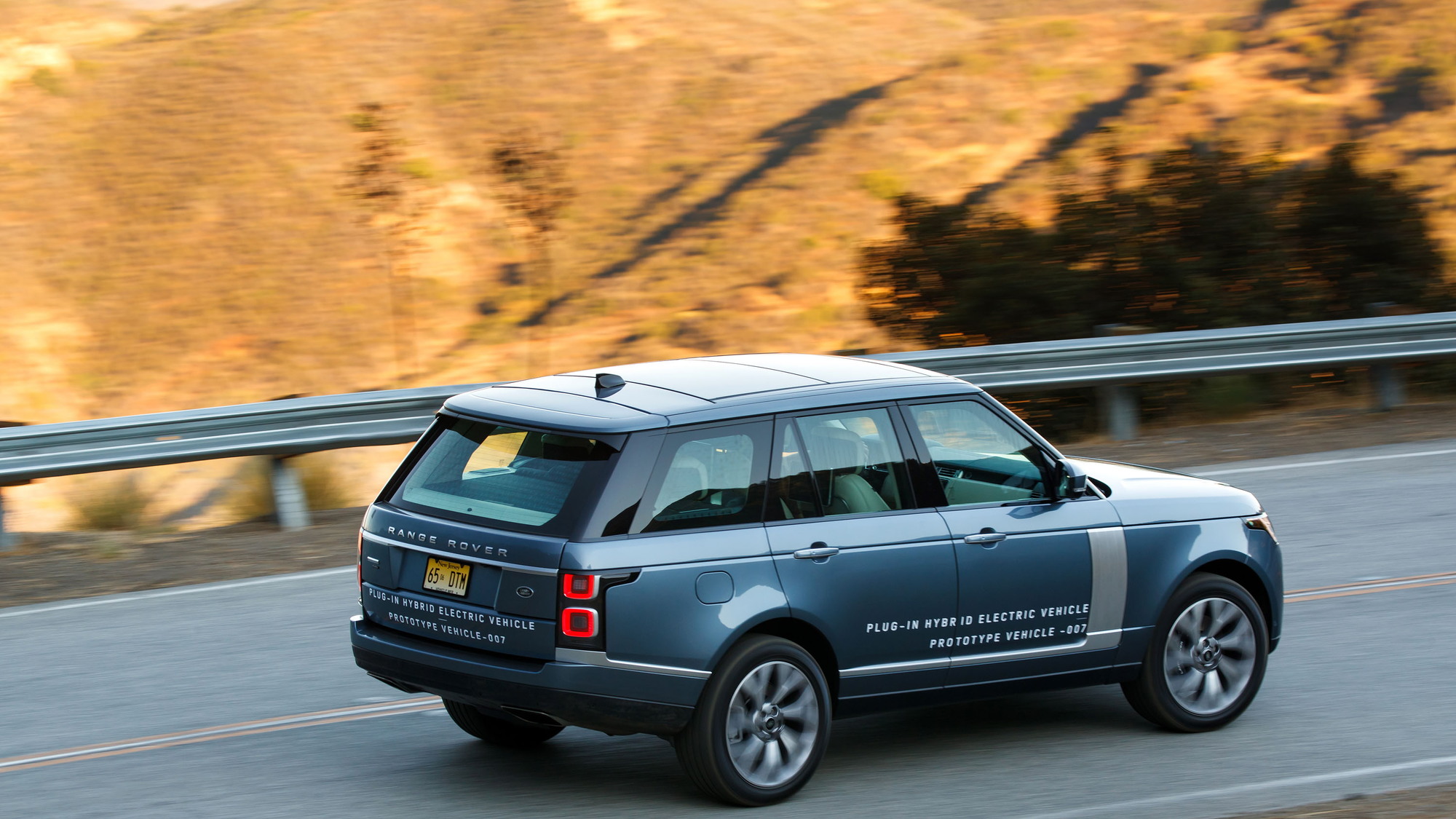 A cynic could argue that the 2019 Land Rover Range Rover P400e PHEV is a compliance special for the well-heeled.

But the reality is that adding an electric motor both keeps the world's flagship SUV a viable option for city dwellers in places like London and points toward the future of off-roading. Due to go on sale next summer in the U.S., the 2019 Range Rover PHEV pairs a 2.0-liter turbo-4 with a 13.1-kWh lithium-ion battery.

Let's start with the obvious: European cities like London are increasingly considering and adopting tailpipe emissions-free zones in their central cores. Since the Range Rover has fully transitioned from the default ride of manorial gentry to that of city slickers, the PHEV means they don't have to show up to dinner in something as gauche as a Tesla Model X.

On a Level 3 charger, the battery can be topped off in about three hours to provide a hair over 31 miles of electric-only driving. The same powertrain will also make it into the sportier but less chic Range Rover Sport for 2019.

The PHEV marks the first application of the automaker's new 2.0-liter turbo-4 in the full-size Range Rover. Thanks to the electrified powertrain, it's not down on power. Total output is 398 horsepower and 295 pound-feet of torque. That's good for a 0-60 mph sprint of 6.4 seconds and a top speed of nearly 140 mph.

The turbo-4 idles smoothly and accelerates gracefully, albeit without the upscale burble of the Range Rover's available V-8 engines. It's a silent operator regardless of how the Range Rover PHEV is driven due the vehicle's extensive sound deadening. Of particular note is the PHEV's terrific throttle tuning that retains this luxo-barge's stately feel even with all the wizardry going on under its hood.

The 250-pound weight gain over the V-8 model hardly makes itself known in the plug-in hybrid. This SUV still wafts over unbroken pavement yet stands ready to carve corners with considerable body roll but an unflustered feel on a curvy road.

In short, the Range Rover PHEV meets our expectations for the brand's high-zoot 'utes on-road.

Leaving the pavement behind in silence

What's unexpected is just how much electrification can aid off-roading. Next-generation Land Rover Defender (and even plug-in hybrid Jeep Wrangler), we're looking at you. In addition to the mountain of instant, but easily modulated torque made possible by its electric motor, the Range Rover PHEV can cruise silently over obstacles and it actually regenerates charge when descending moguls.

Over a short, but demanding course in the hills outside of Malibu, California, the Range Rover PHEV prototype felt like a standard Range Rover while clambering up and down loose, undulating surfaces. It wasn't until I rolled down the window that I realized what it lacked: powertrain noise. The only sounds were the late fall birds chirping and the rocks crunching underneath the SUV's tires.

Nothing is more important than vehicle range when it comes to exploring the world, something Land Rover takes rather seriously. Though fuel-economy figures won't be out until next summer, Land Rover assured us that the PHEV will be the thriftiest in the Range Rover lineup. We're not yet at the point where a solar panel could be attached to the roof to extend its range to near perpetual motion, but the future of off-roading is starting to come into view.

Aside from cost and complexity, the only downside to the way the automaker adapted a plug-in powertrain to a platform designed for an internal combustion engine is that its battery is located in the cargo area. Overall luggage capacity behind the second row drops from 31.8 to 28.3 cubic feet.

My brief drive in the PHEV also highlighted a major interior renovation bestowed upon the entire Range Rover lineup for 2018 (the PHEV is scheduled for the 2019 model year).

A pair of 10.0-inch touchscreens take the place of hard buttons on the Range Rover's dash and center stack. They're cribbed from the automaker's Range Rover Velar that hit the market earlier this year and they work just as well. A quick tap and swipe pulls up myriad audio, climate, and vehicle functions, and the futuristic look suits the Range Rover's hefty price tag.

Additionally, Land Rover redesigned both the front and rear seats, with special attention given to row two. Available power-adjustable outboard rear seats can be fitted with heating, air conditioning, and even a massage function.

Other updates for the new model year include a gesture control for the panoramic moonroof shade. Simply wave a hand backward in the rearview mirror and the shade slides back.

Land Rover hasn't priced the entire 2019 Range Rover line, but the PHEV will sticker from $96,145 in HSE guise when it goes on sale in summer. Assuming prices for the standard range don't change much, that puts it essentially on par with a V-8-powered Range Rover HSE—and the PHEV is faster and more fuel-efficient.

And you don't have to live in London to see its benefits.

Land Rover provided travel and lodging to Internet Brands Automotive to bring you this firsthand report.