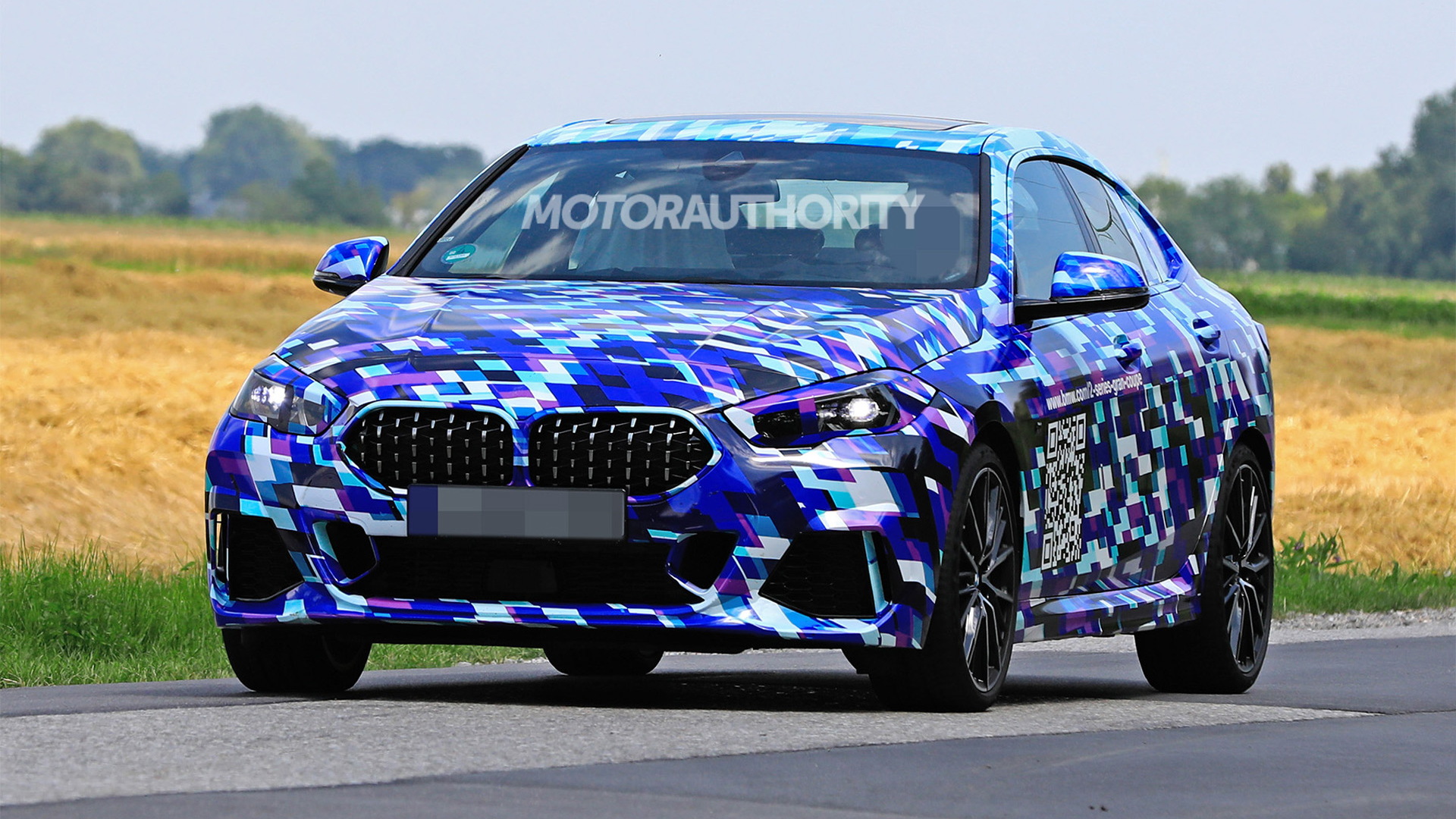 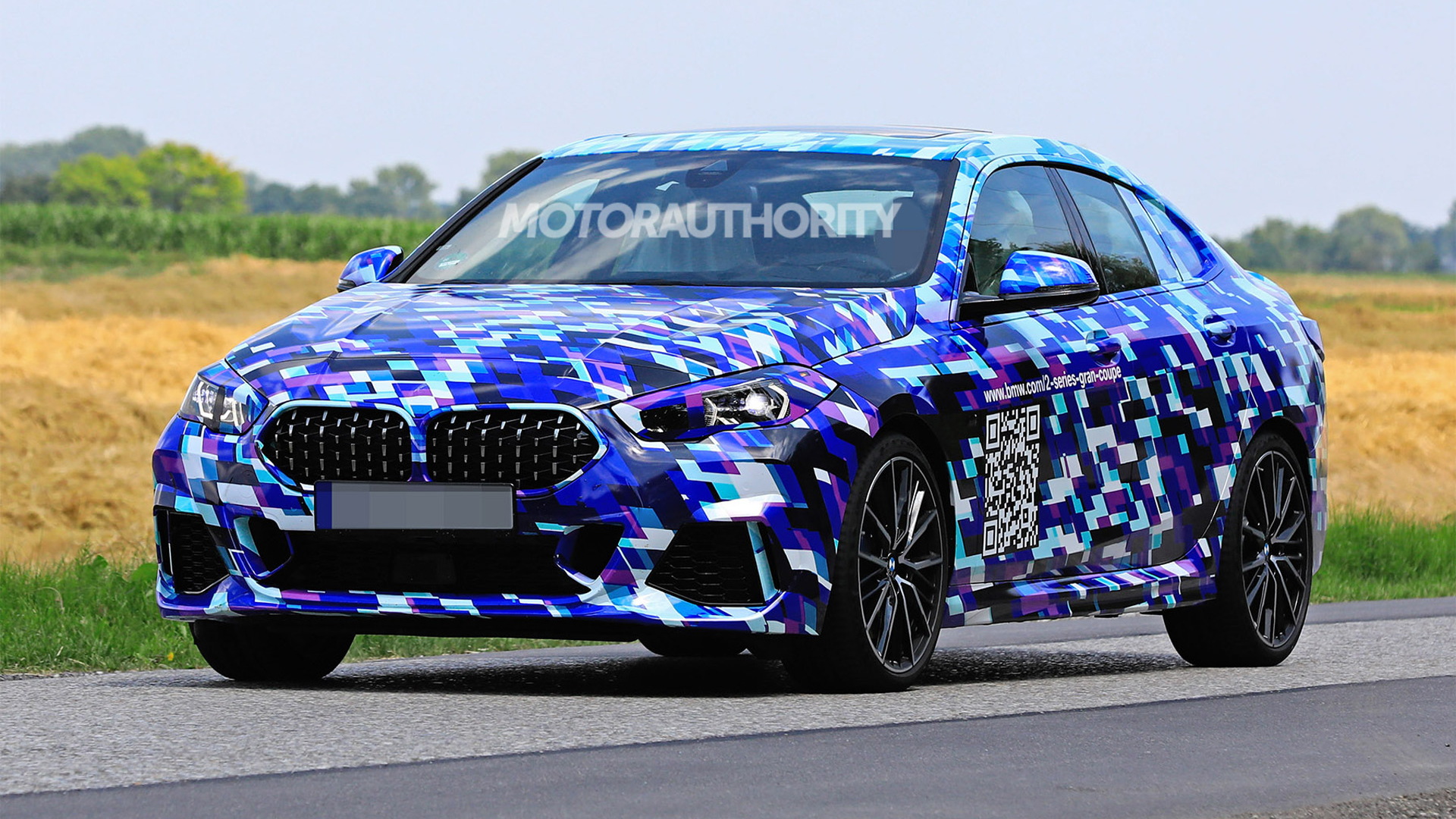 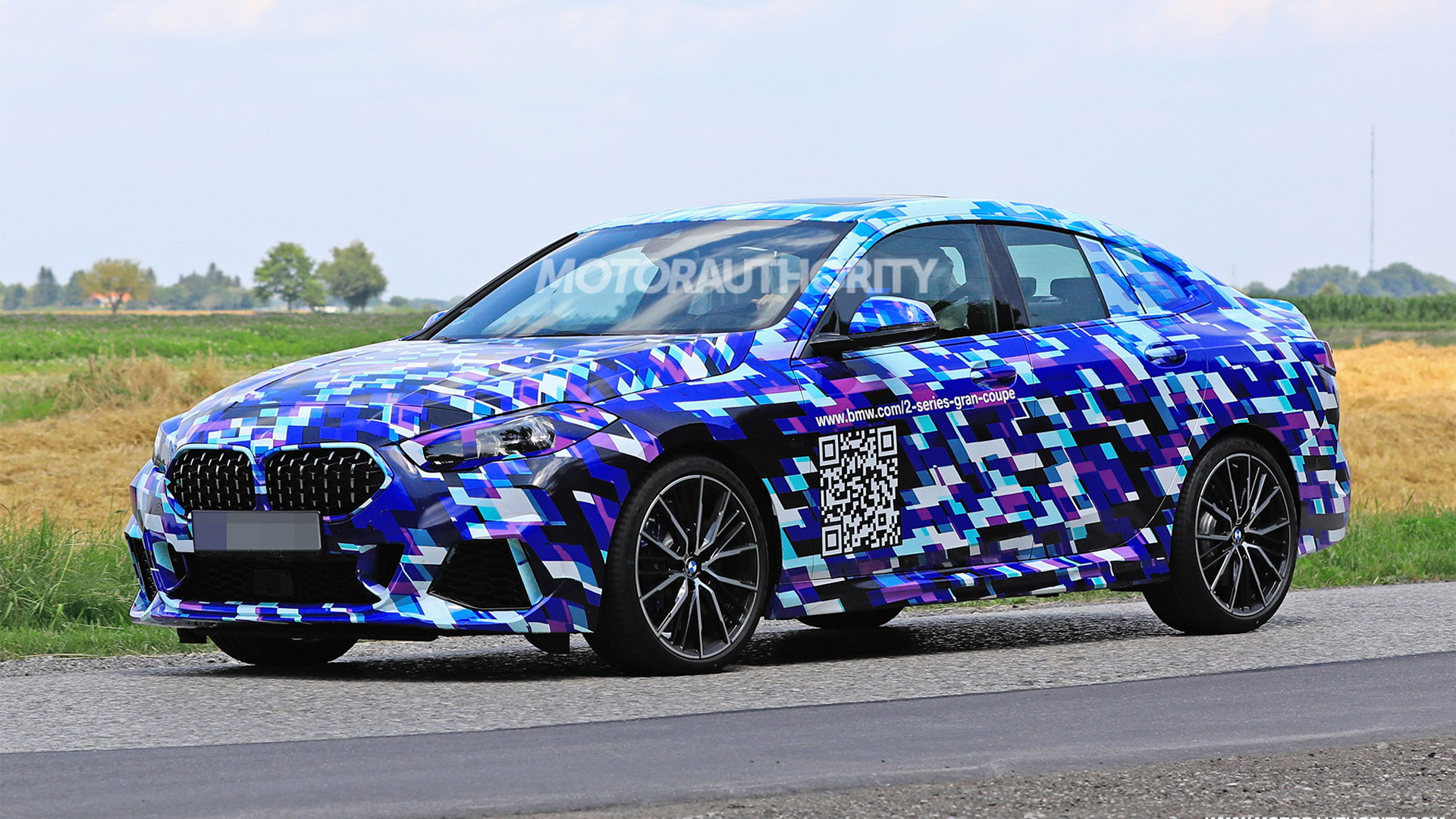 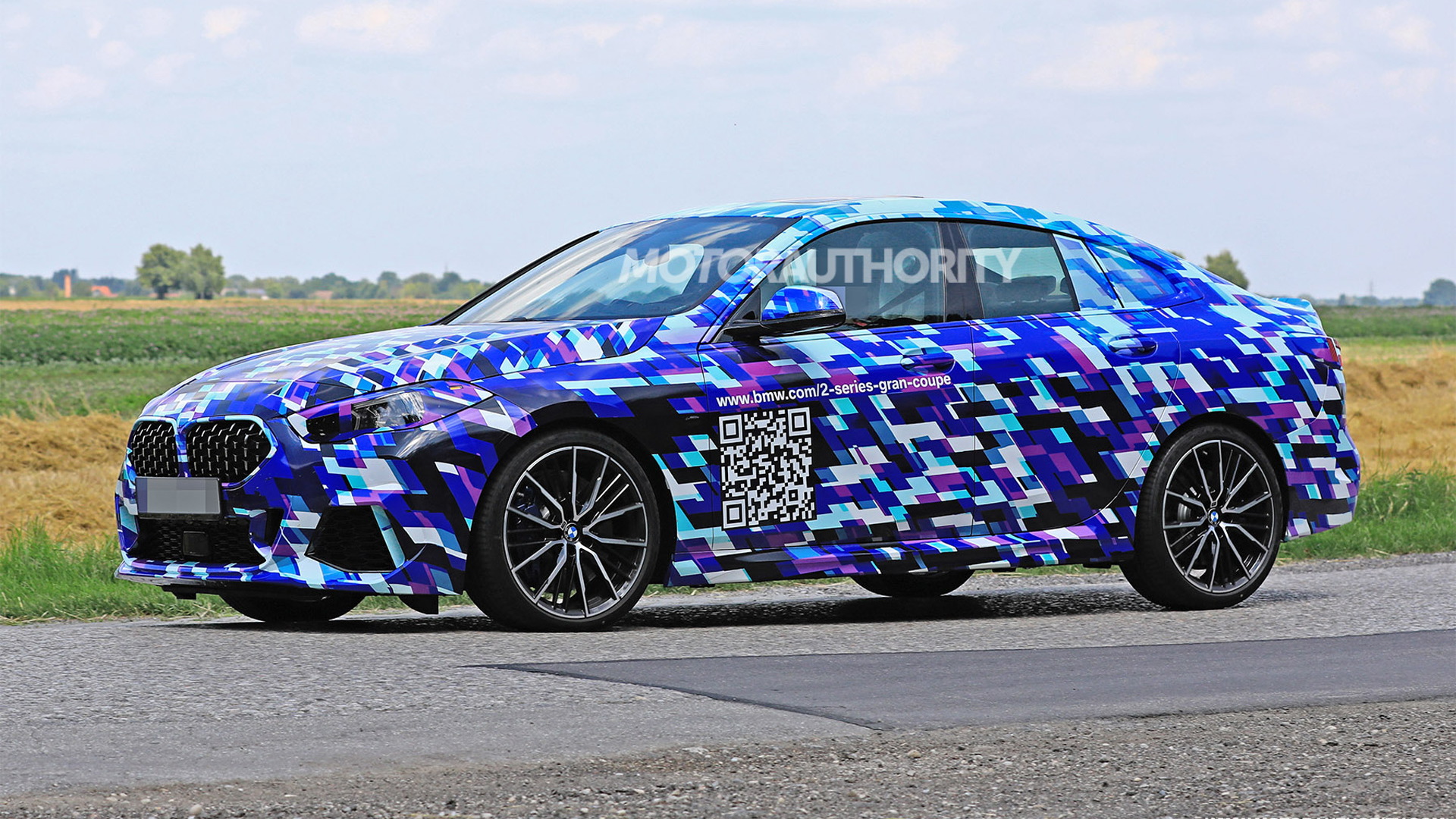 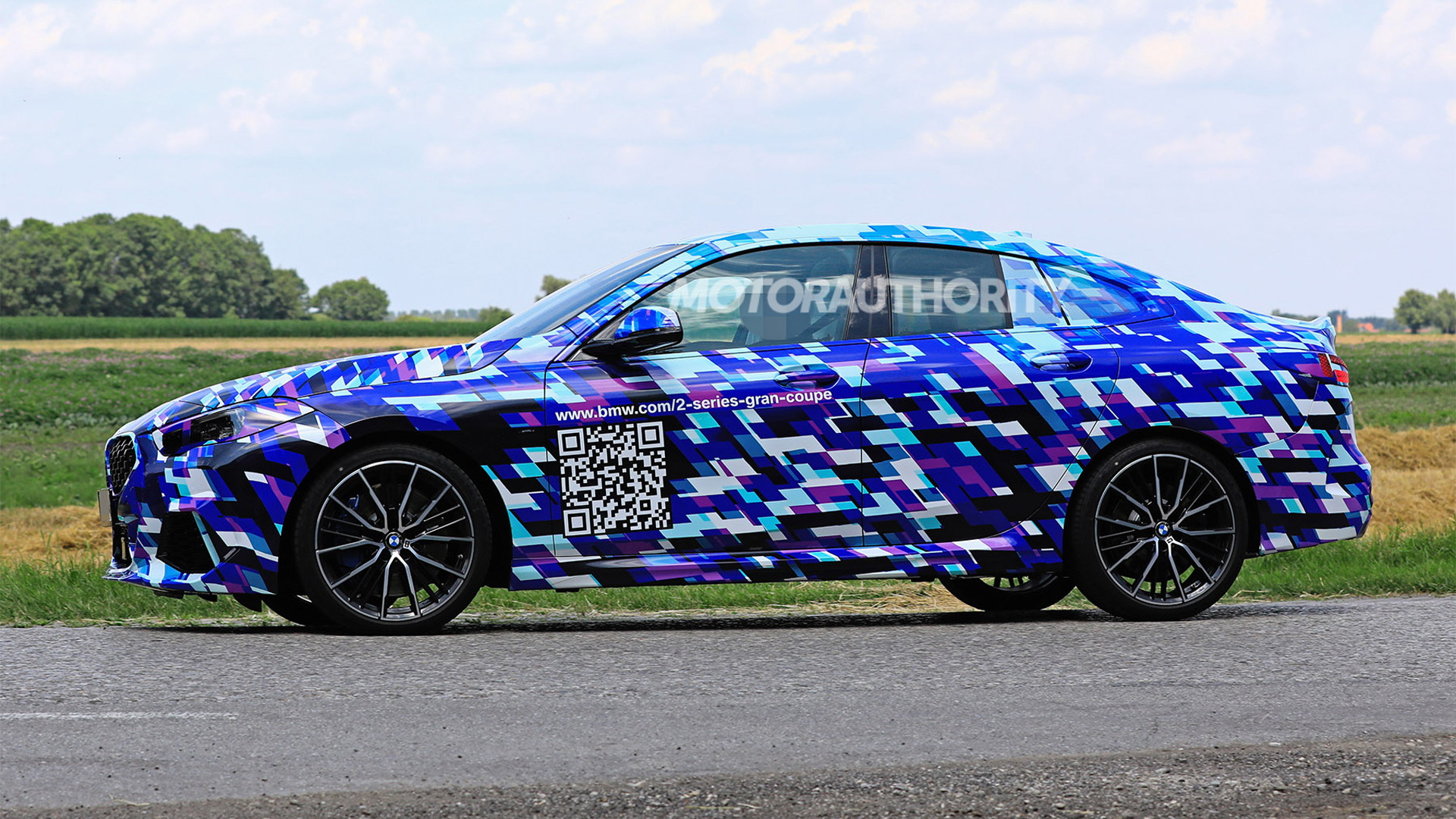 The Mercedes-Benz CLA will soon have competition from a coupe-like sedan from BMW.

A prototype has been spotted for the upcoming 2-Series Gran Coupe, which is confirmed for a debut in November at the 2019 Los Angeles Auto Show. We'll likely see it on sale next summer as a 2021 model.

Its development may explain why BMW has been reluctant to sell its 1-Series sedan outside of China: for global markets, a sharper-looking 2-Series Gran Coupe that focuses more on style than space makes more sense.

Compared to the 1-Series sedan, we can see that the 2-Series Gran Coupe's roofline features a sleeker, fastback design. The hood also tapers more toward the nose while the rear overhang looks to be slightly longer.

The 2-Series Gran Coupe also sits on BMW's latest front-wheel-drive platform, in this case the FAAR design that debuted in May in a redesigned 1-Series hatchback sold overseas. While the car will offer front-wheel drive in most markets, the United States is likely to receive all-wheel-drive as standard.

The biggest engine BMW fits to its front-wheel-drive cars is an inline-4 and the most potent bound for the 2-Series Gran Coupe will be a 2.0-liter turbocharged inline-4 delivering 306 horsepower. It will feature in an all-wheel-drive M235i xDrive, which will also come with a standard 8-speed automatic and limited-slip differential. Sadly, BMW M has no plans to work on BMW's front-wheel-drive cars.

From the 1-Series hatchback, we know the interior will feature a digital instrument cluster (possibly available) and large infotainment screen. Controlling the vehicle can be handled via buttons on the steering wheel and center console, or through the touchscreen capability of the infotainment screen or natural-speak voice activation or various hand gestures.

As mentioned above, the 2-Series Gran Coupe's main rival is the Mercedes CLA. Other rivals in the premium compact sedan segment include the Acura ILX and Audi A3.

The good news for fans of rear-wheel drive is that BMW is committed to offering it in the next 2-Series coupe. And yes, the car will once again spawn an M2 variant.