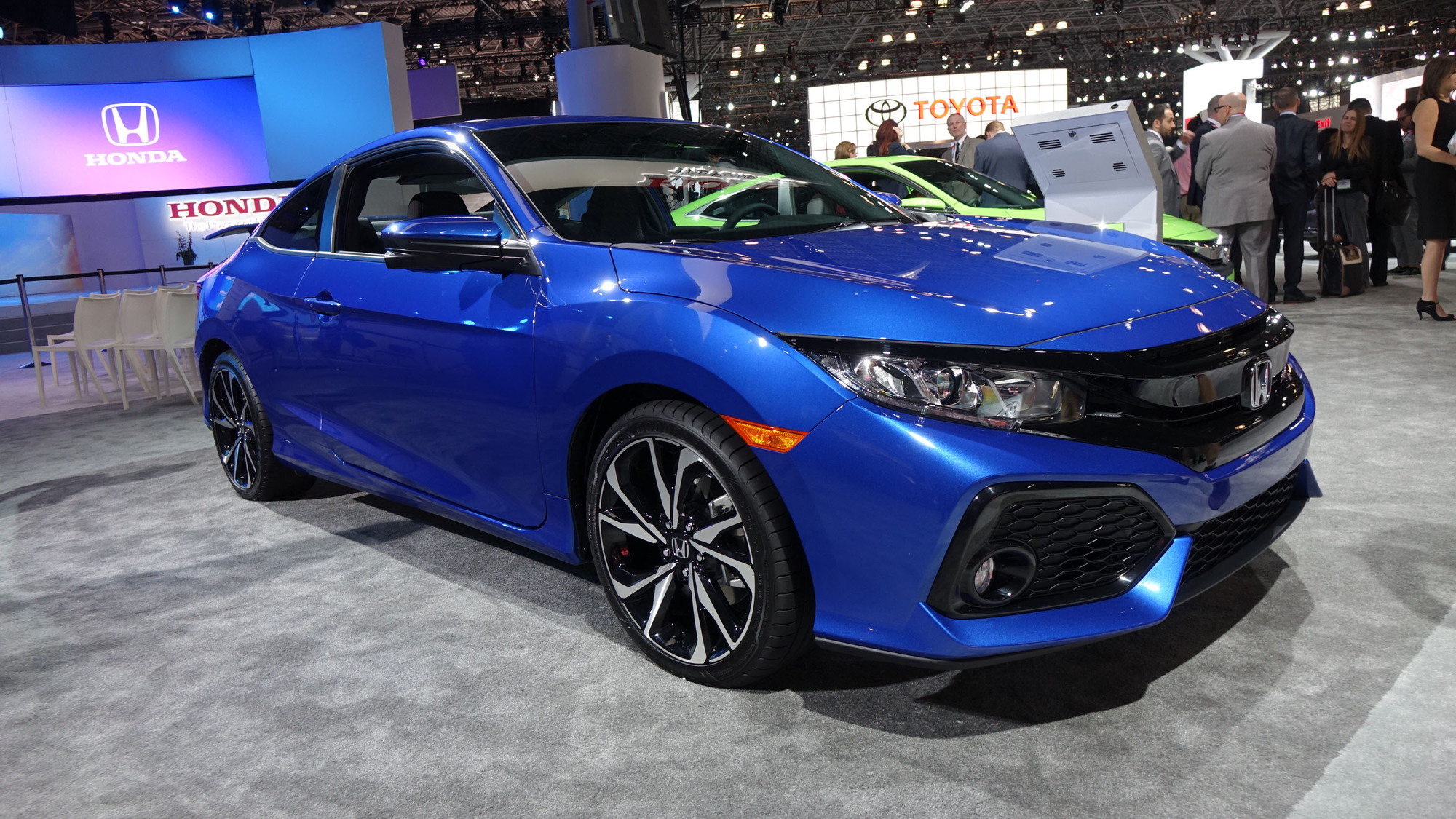 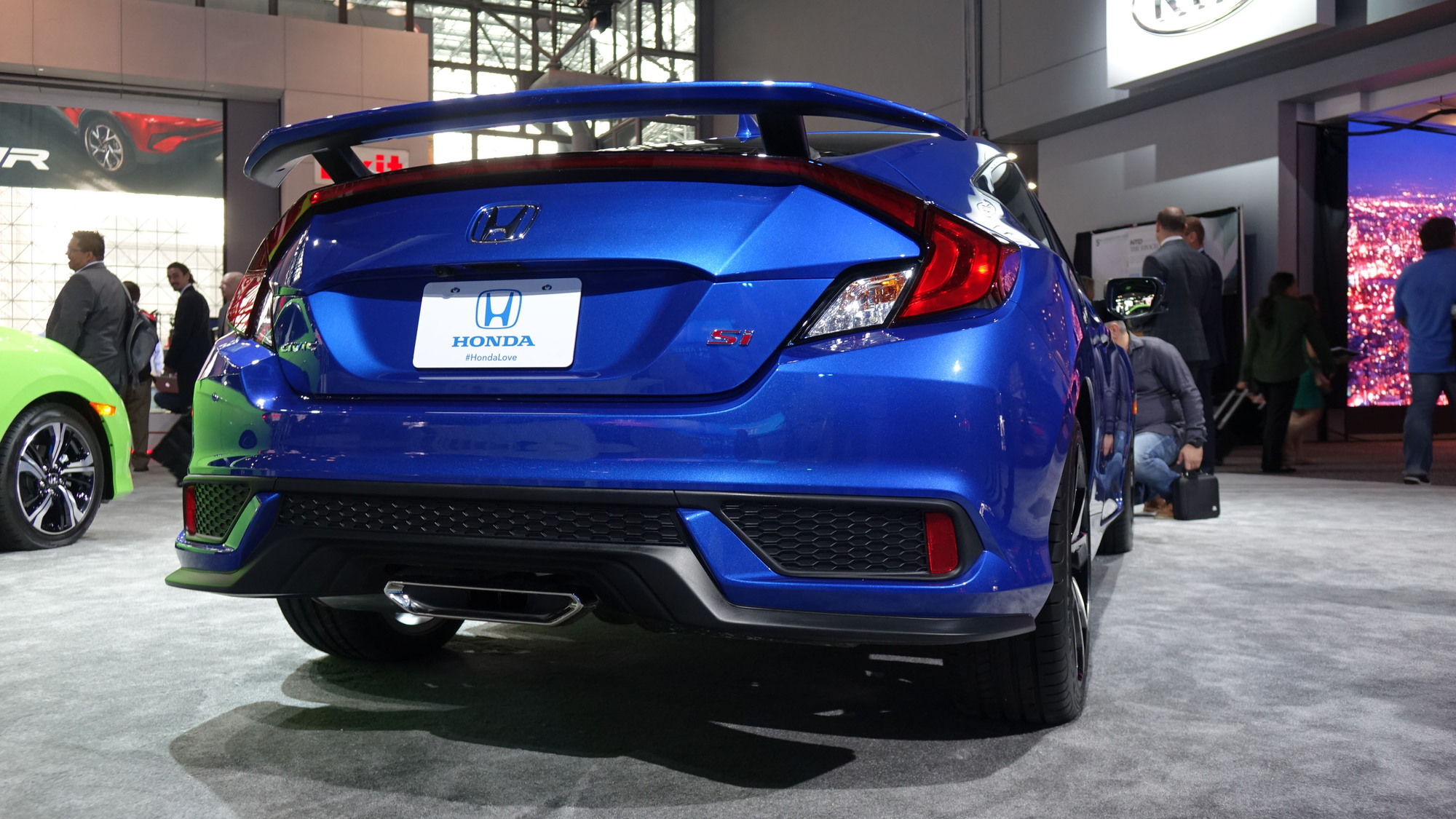 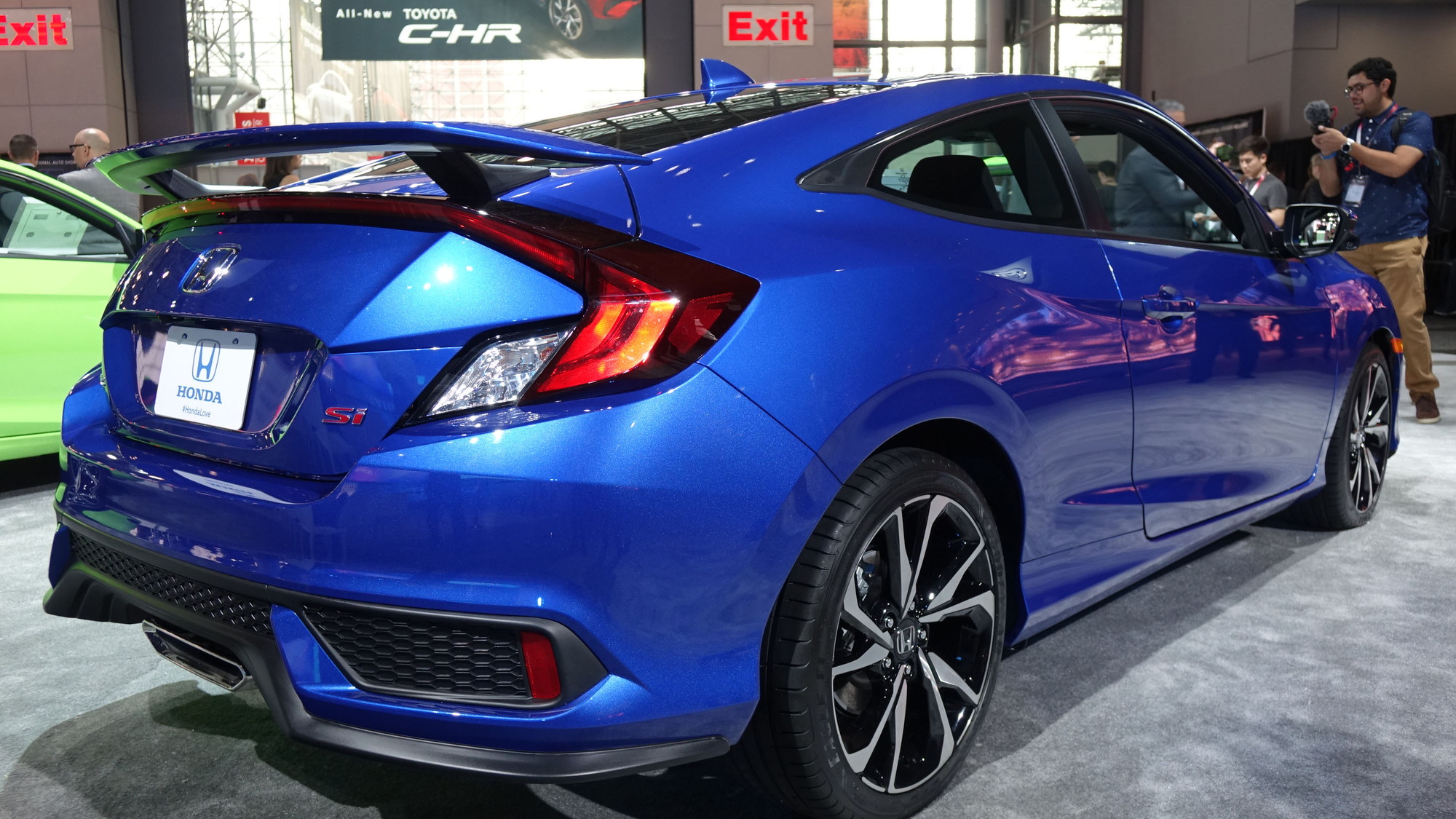 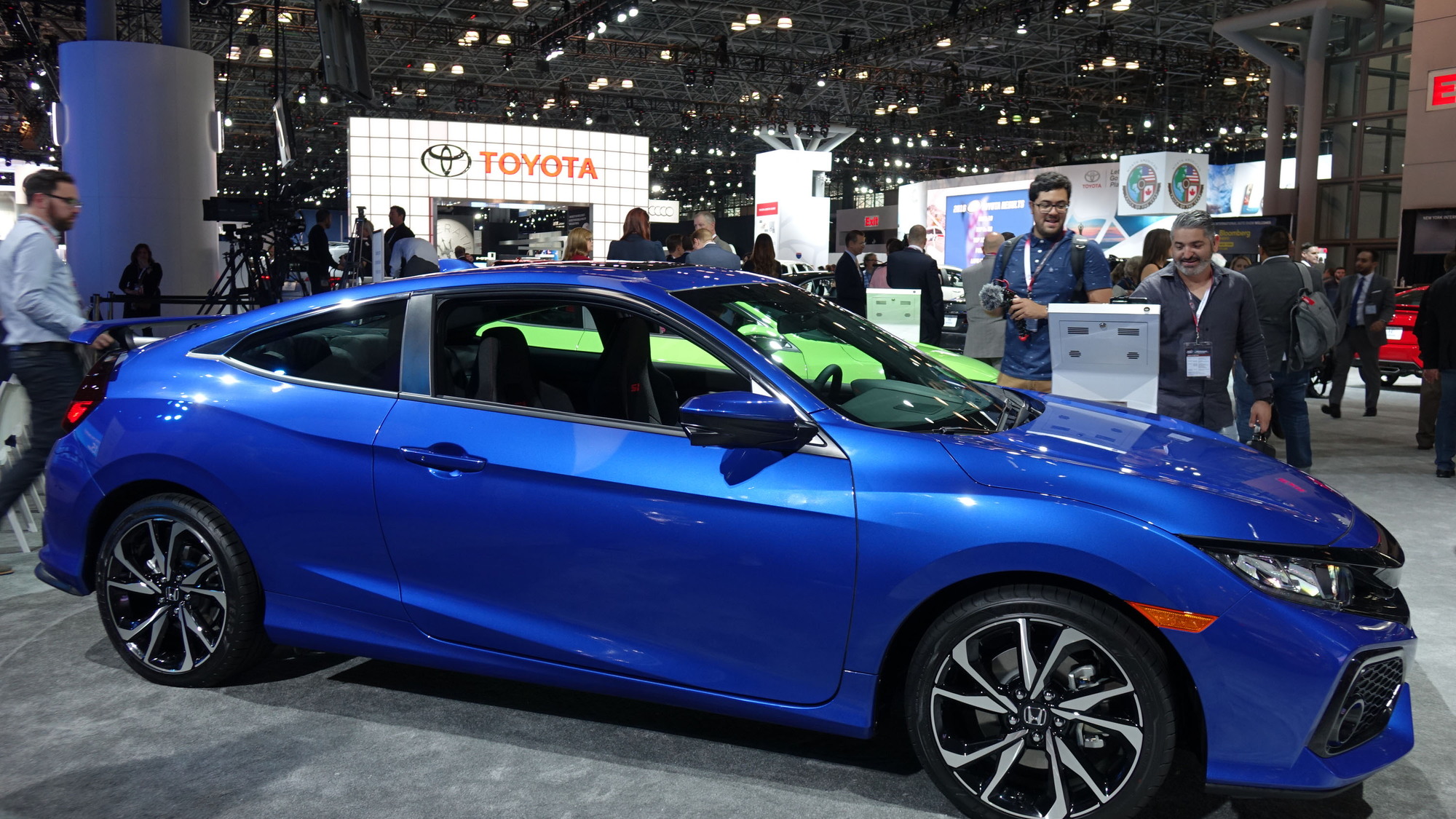 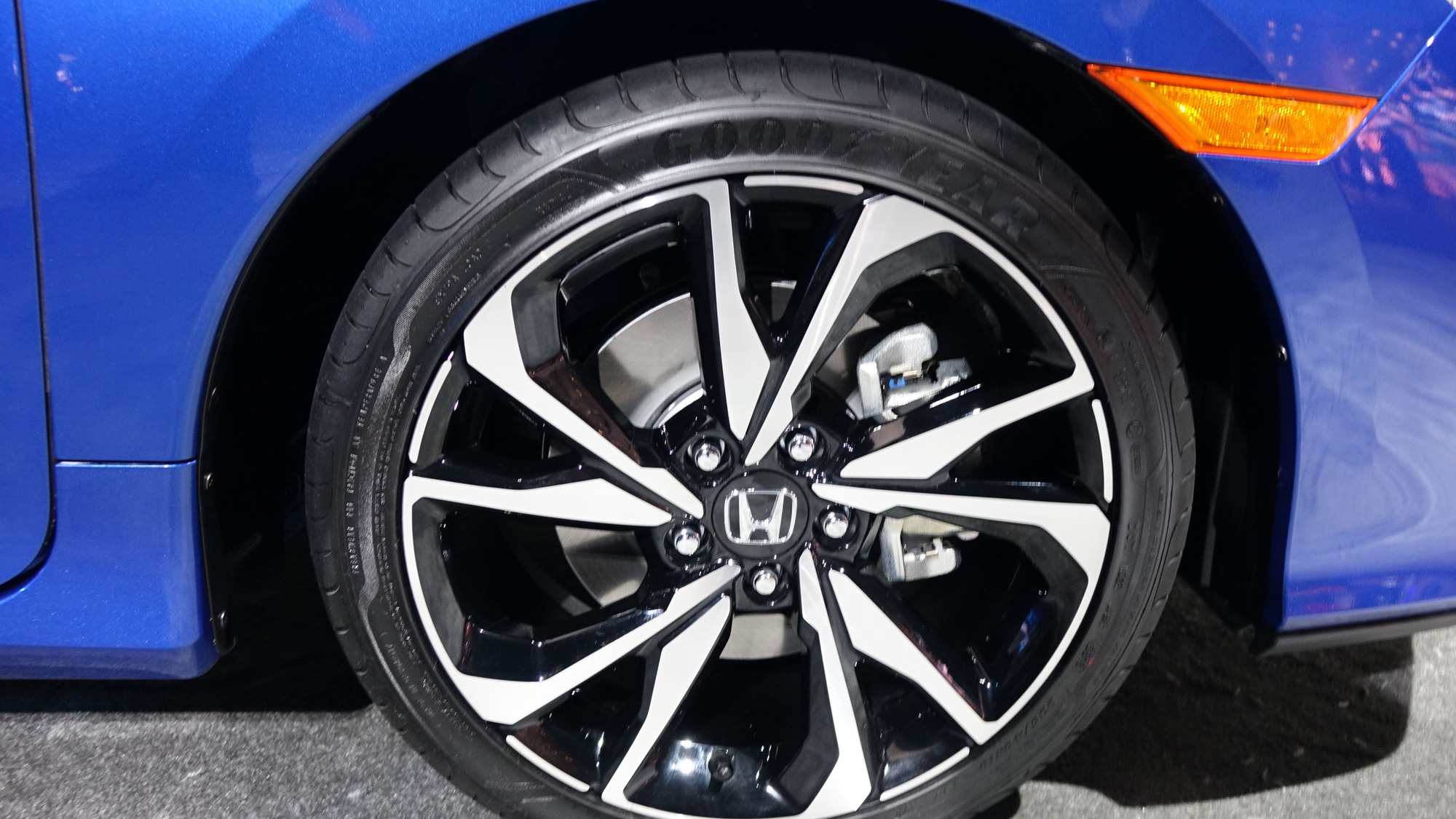 The Civic Type R may be the top dog in Honda’s 10th-generation Civic range, but the performance on offer from the latest Civic Si is certainly nothing to sneeze at.

Honda has revealed its latest Civic Si and Civic Si Coupe at the 2017 New York auto show, and we can finally confirm some of the performance numbers.

Power comes from the familiar turbocharged 1.5-liter inline-4 found in the regular Civic models, making this the first turbocharged Si in Civic history. Tuners will be clamoring to get their hands on the car.

The tiny turbo mill delivers 205 horsepower and 192 pound-feet of torque. That’s the same peak power rating as the previous generation, but it arrives 1,300 rpm lower. Torque, meanwhile, is up 18 lb-ft compared to the previous generation, and this too arrives lower in the rev range, in this case 2,300 rpm lower. We're told the latest Civic Si is also lighter than its predecessor, which should boost performance further.

The engine is mated to a 6-speed manual and drives the front wheels only. Considering the Civic Type R with 306 hp is also a front-driver, the Civic Si should have little trouble getting its power to the ground. Helping with the handling is stiffer suspension plus an active damper system, active steering system, limited-slip differential, 18-inch wheels with 235/40 tires, and a driving modes selector with Normal and Sport modes. Stopping power comes from massive—for a compact—12.3-inch front brake rotors.

On the outside, we see a more aggressive front bumper with enlarged intakes and a splitter. At the rear, the sedan includes larger side vent features and a deck lid spoiler incorporating a LED brake light. The coupe adds a prominent raised spoiler.

Inside, you’ll find front sport seats with red stitching, including stitched Si logos.  The red sport stitching carries through to the doors, steering wheel and leather shift boot with aluminum shift knob. Other goodies include red accents in the instrument cluster and aluminum pedals.

Sales of the Civic Si and Civic Si Coupe start next month. Honda hasn’t released pricing but says sticker should fall somewhere around the mid-$20,000 range.

To learn about some of the other vehicles that debuted in New York, head to our dedicated hub.