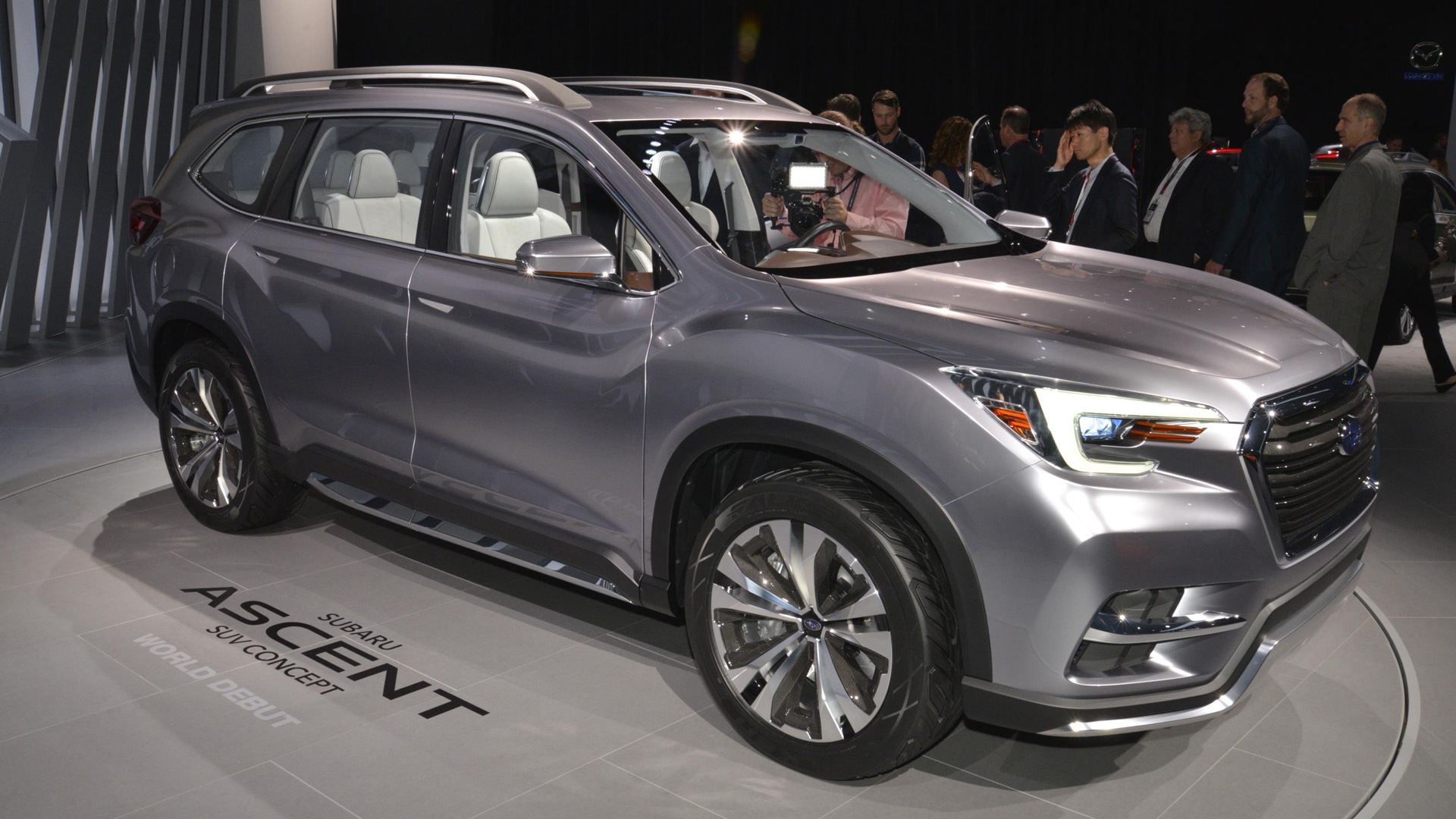 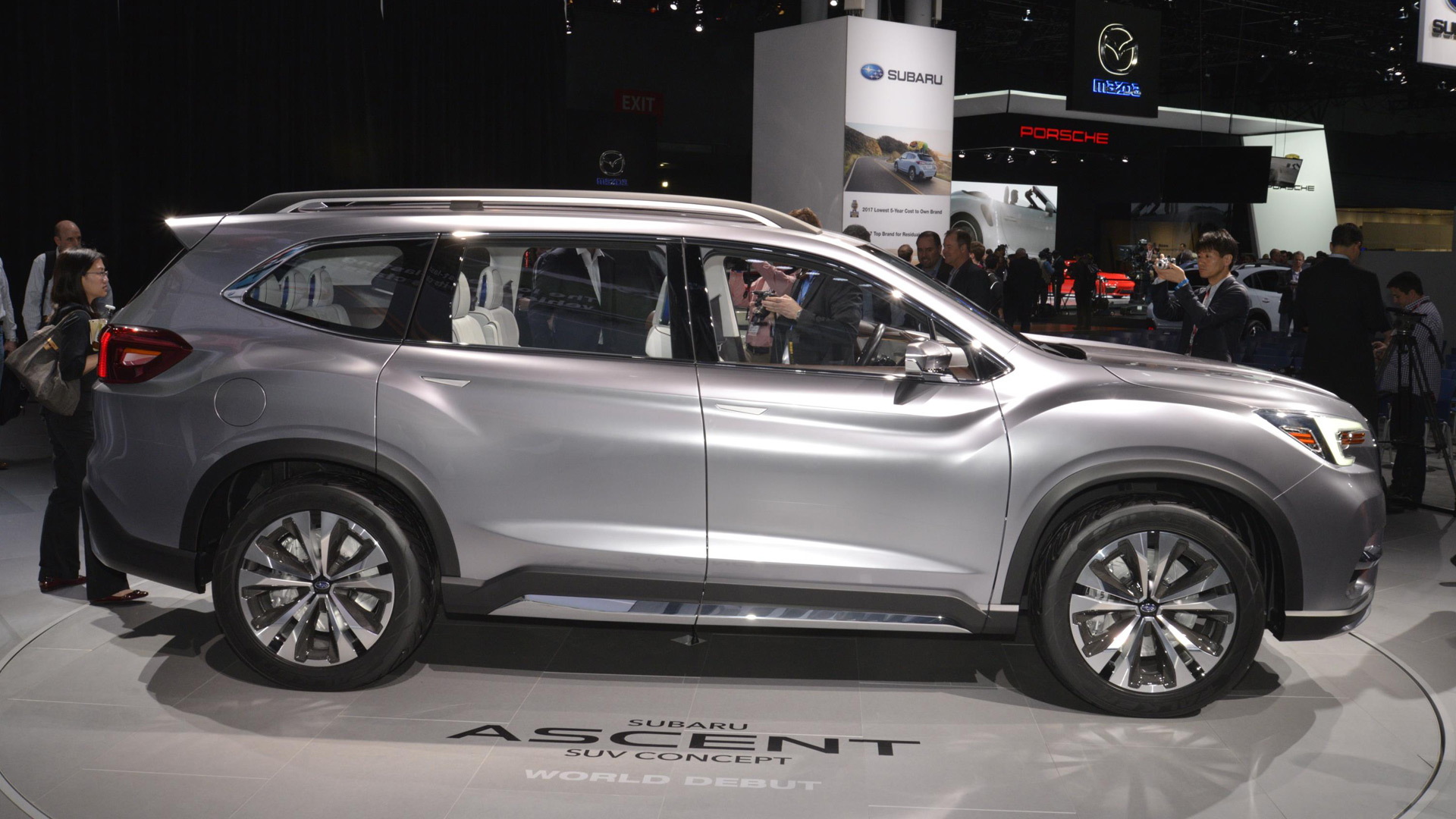 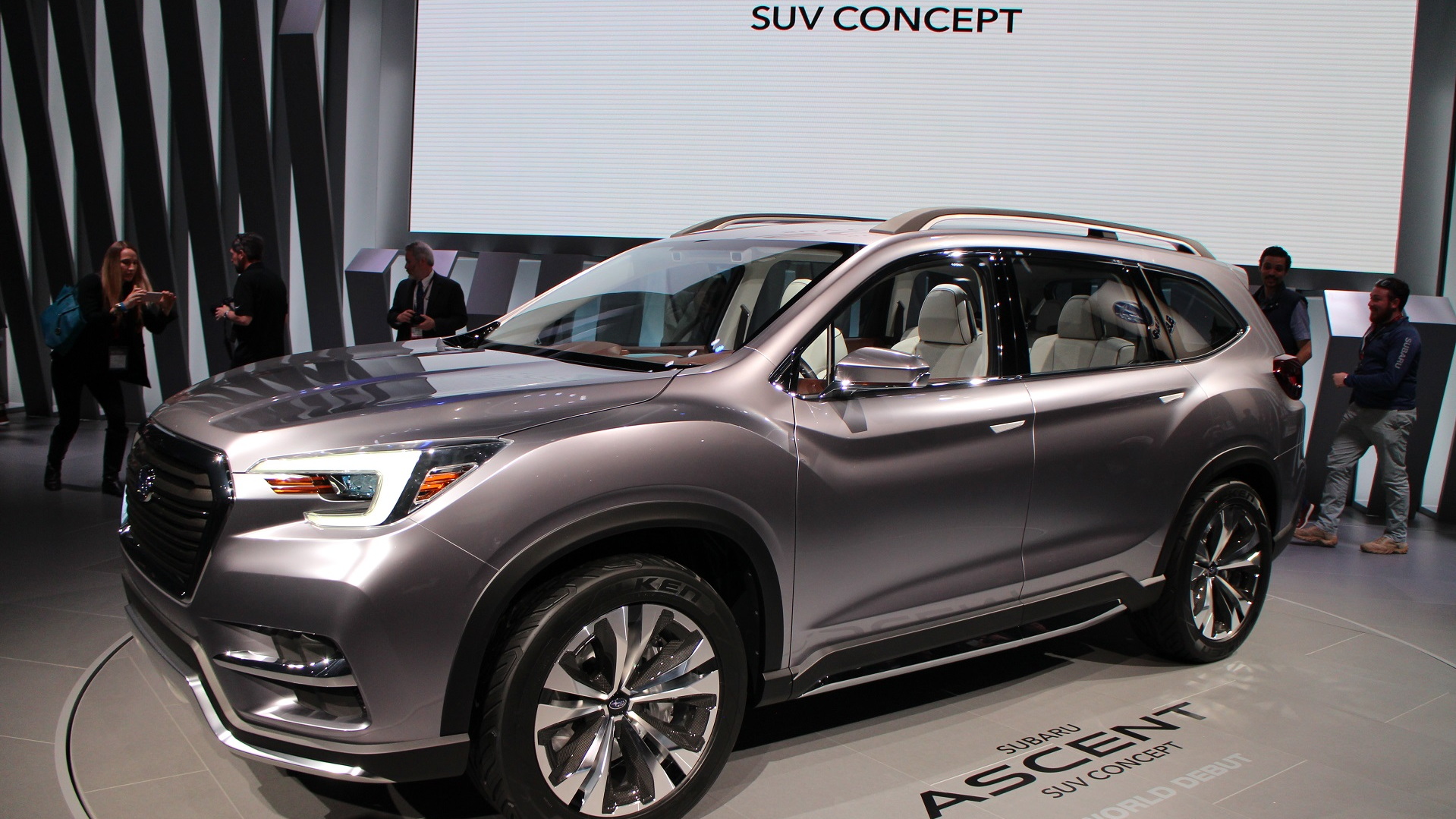 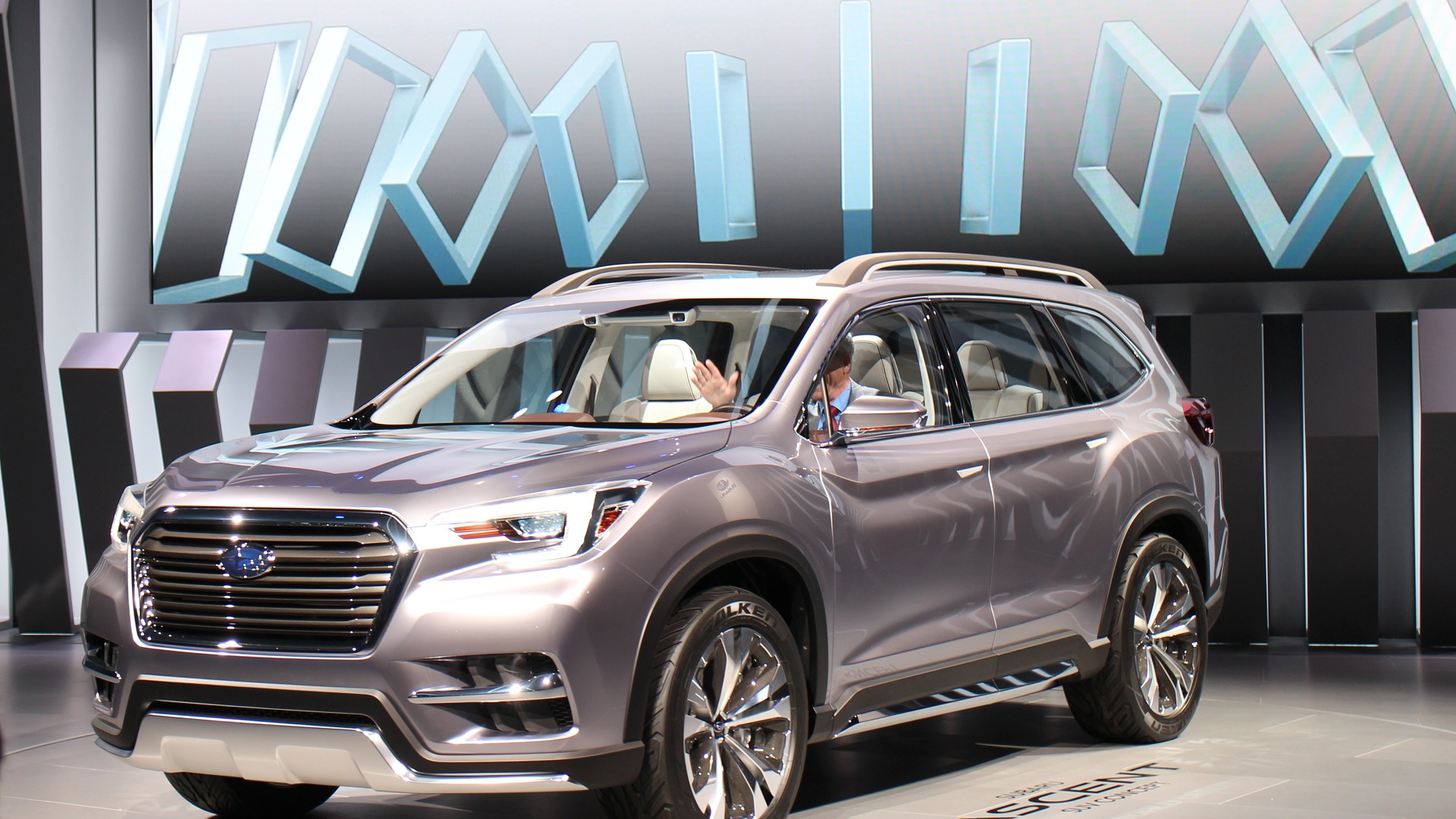 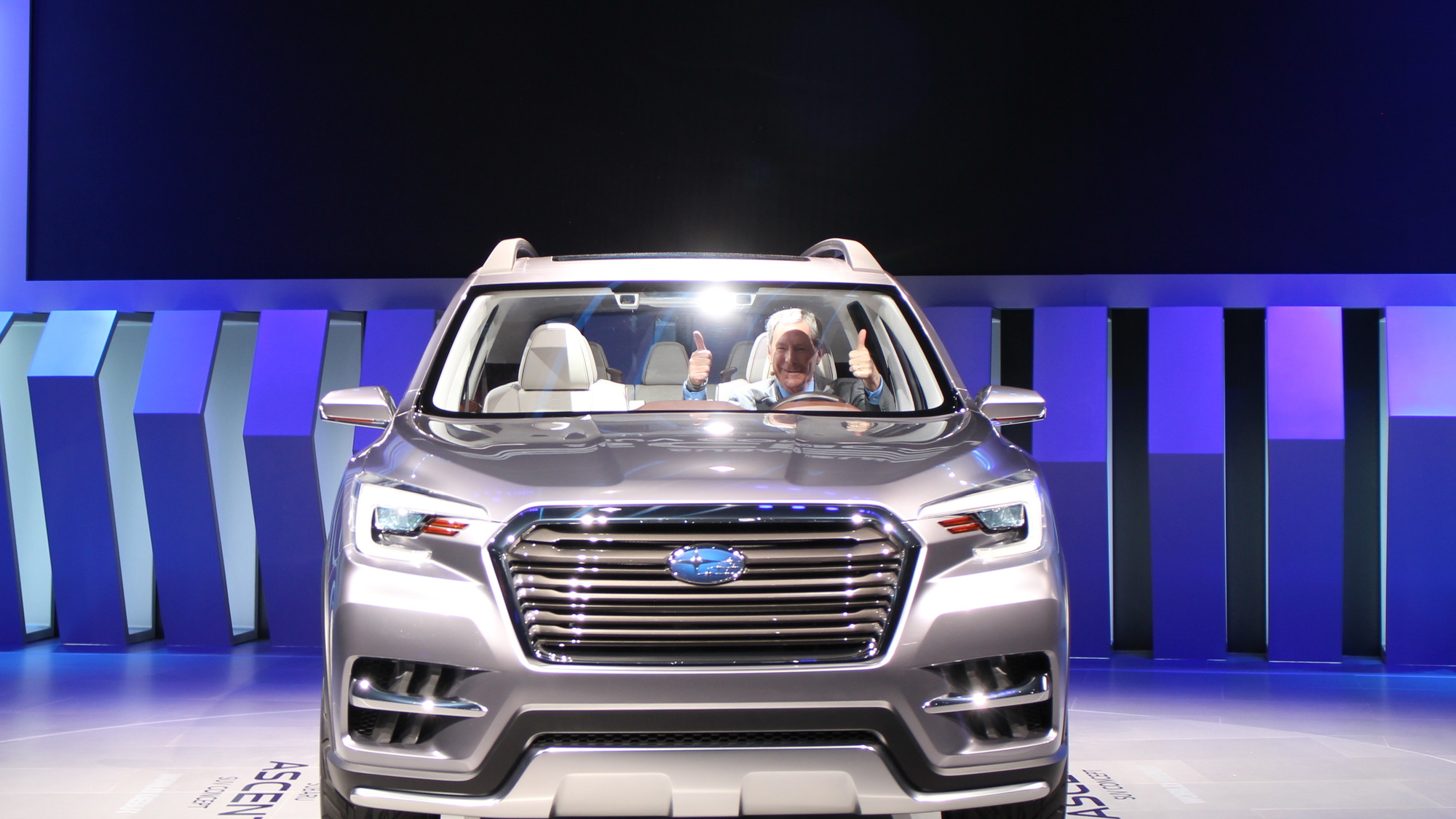 Growing up from the Subaru Outback doesn't mean growing out of the Subaru brand anymore. On Wednesday, the automaker revealed the near-production version of its 3-row crossover SUV, now officially dubbed the Subaru Ascent.

The 3-row Ascent made its debut at the 2017 New York auto show alongside the redesigned 2018 Subaru Crosstrek and updated 2018 Subaru Outback. The large crossover, which bowed at the 2016 Los Angeles auto show as the Viziv-7, is still technically a concept—even though it's clearly closer to prime time. We've already spied some prototypes.

The Ascent will go on sale next year, most likely as a 2019 model.

Aside from its official name, the biggest news may be that the Ascent will be powered by a new turbocharged engine. Subaru confirmed to Motor Authority that the engine will displace 2.4 liters and feature four cylinders placed in a horizontally-opposed position. The engine will also  feature direct injection and power all four wheels.

Beyond the large shoulders and butch grille, the new Subaru Ascent will feature three rows of seating inside and a 7-passenger configuration with second-row captain's chairs to be available. Subaru said that the new model will be built at the automaker's Lafayette, Indiana plant alongside the Impreza, Legacy, and Outback.

Like those other cars, the Ascent will be built on Subaru's universal platform architecture, albeit with a longer wheelbase. Subaru specified that the Ascent will have a 117-inch wheelbase, which is roughly 9 inches longer between the wheels than the current Outback. The Ascent's overall length, bumper to bumper, will be 198 inches—again, 9 inches longer than the Outback.

Subaru's last 7-seater was the Tribeca, which was discontinued in 2014.