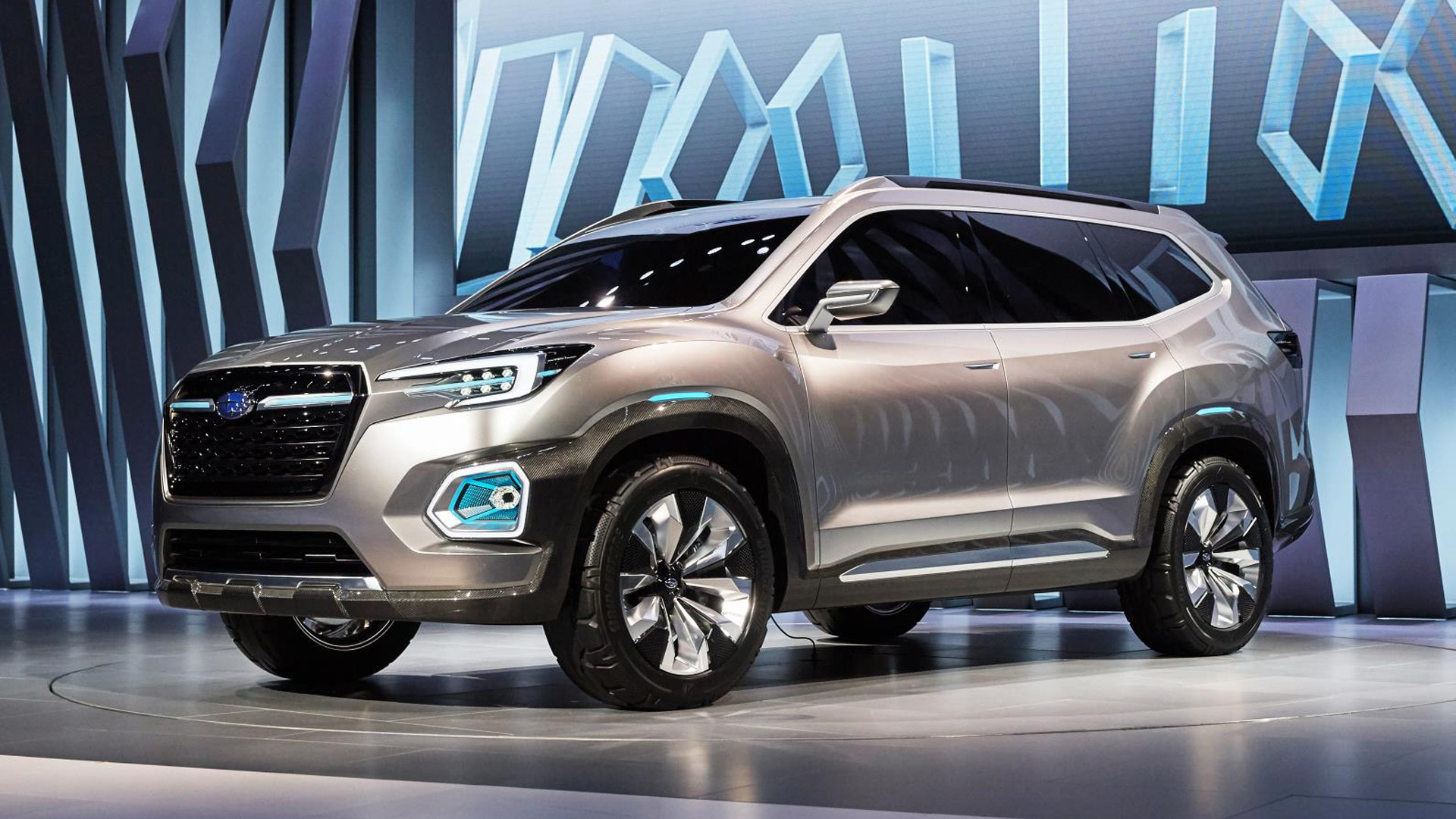 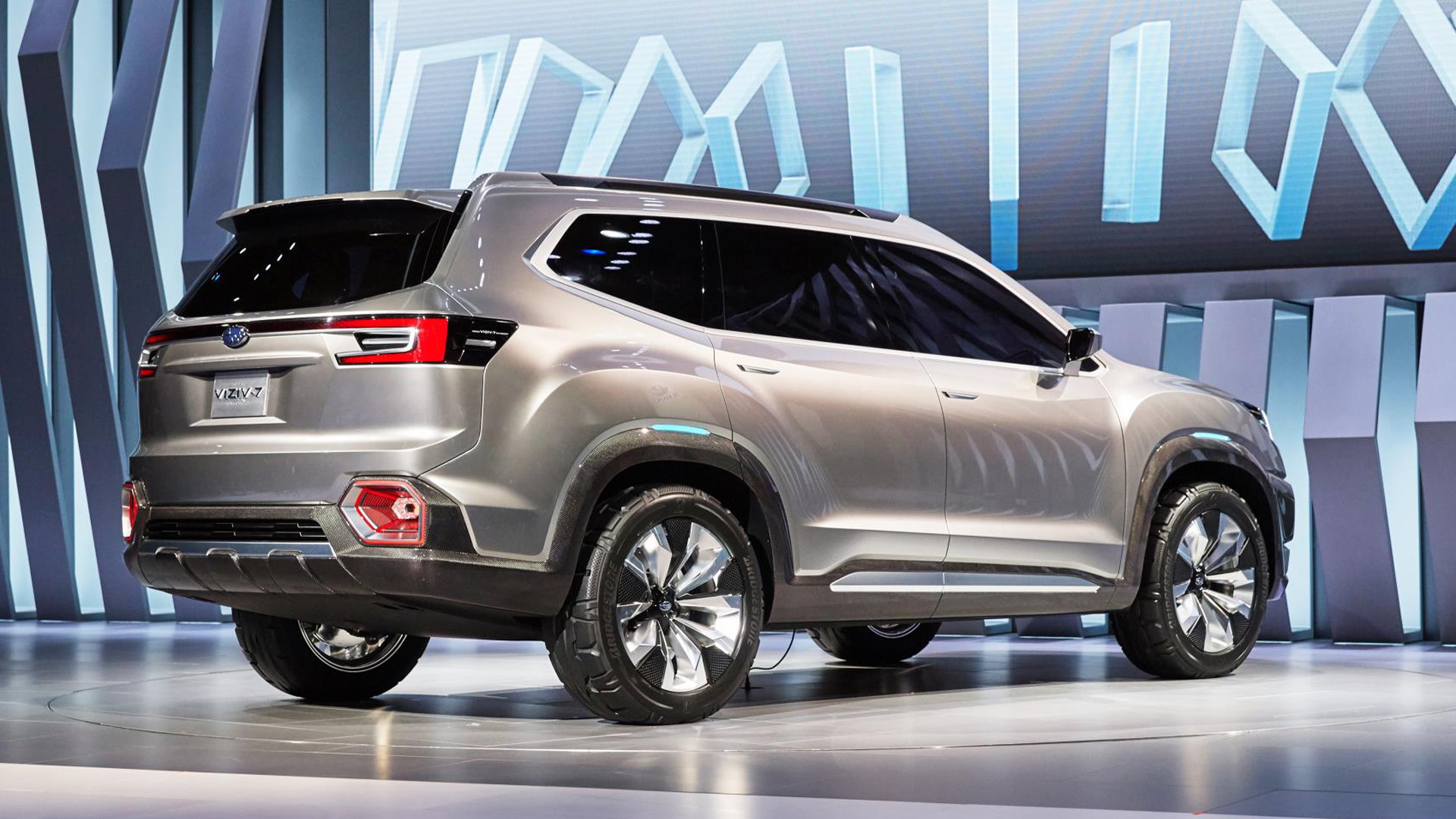 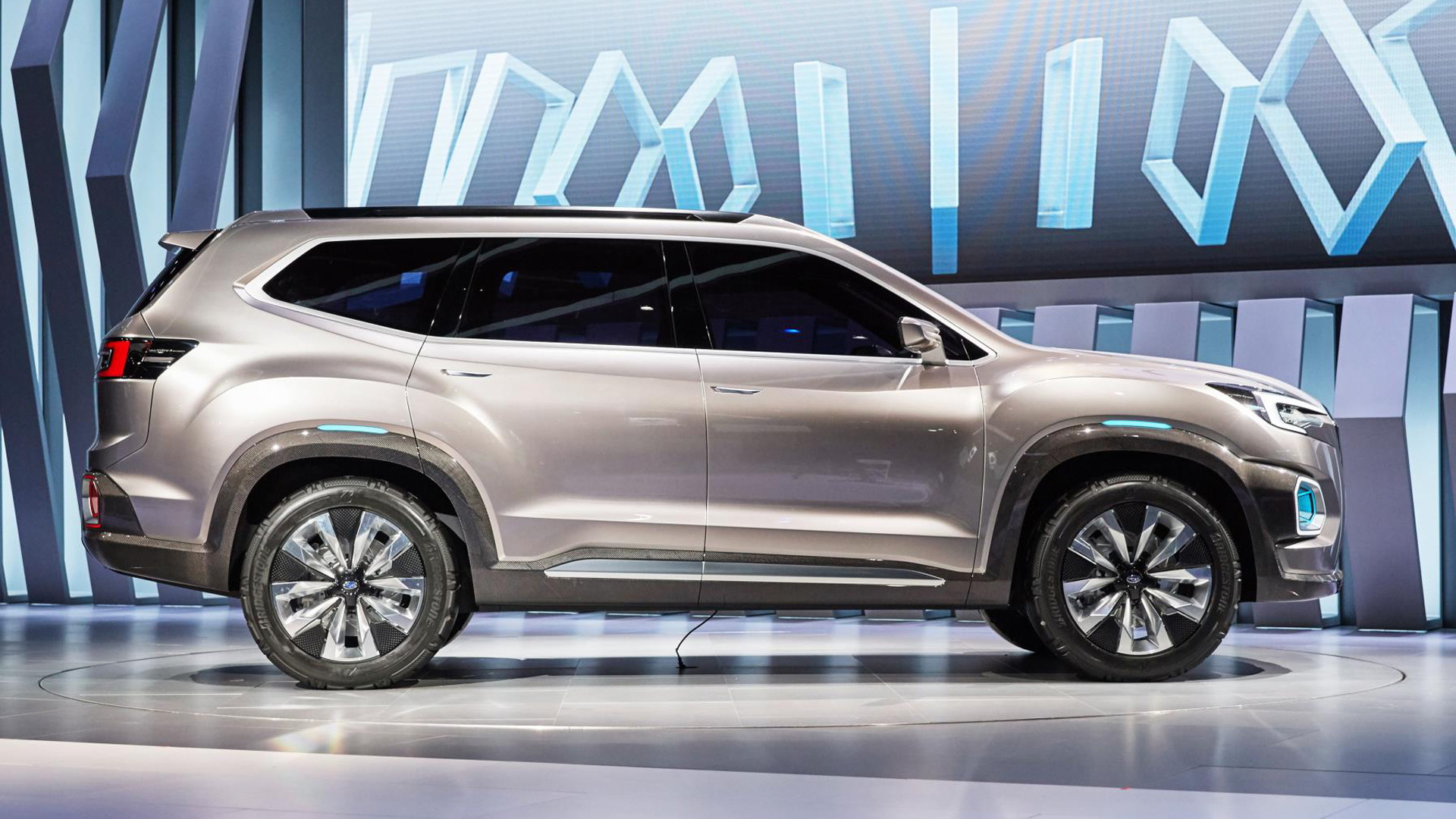 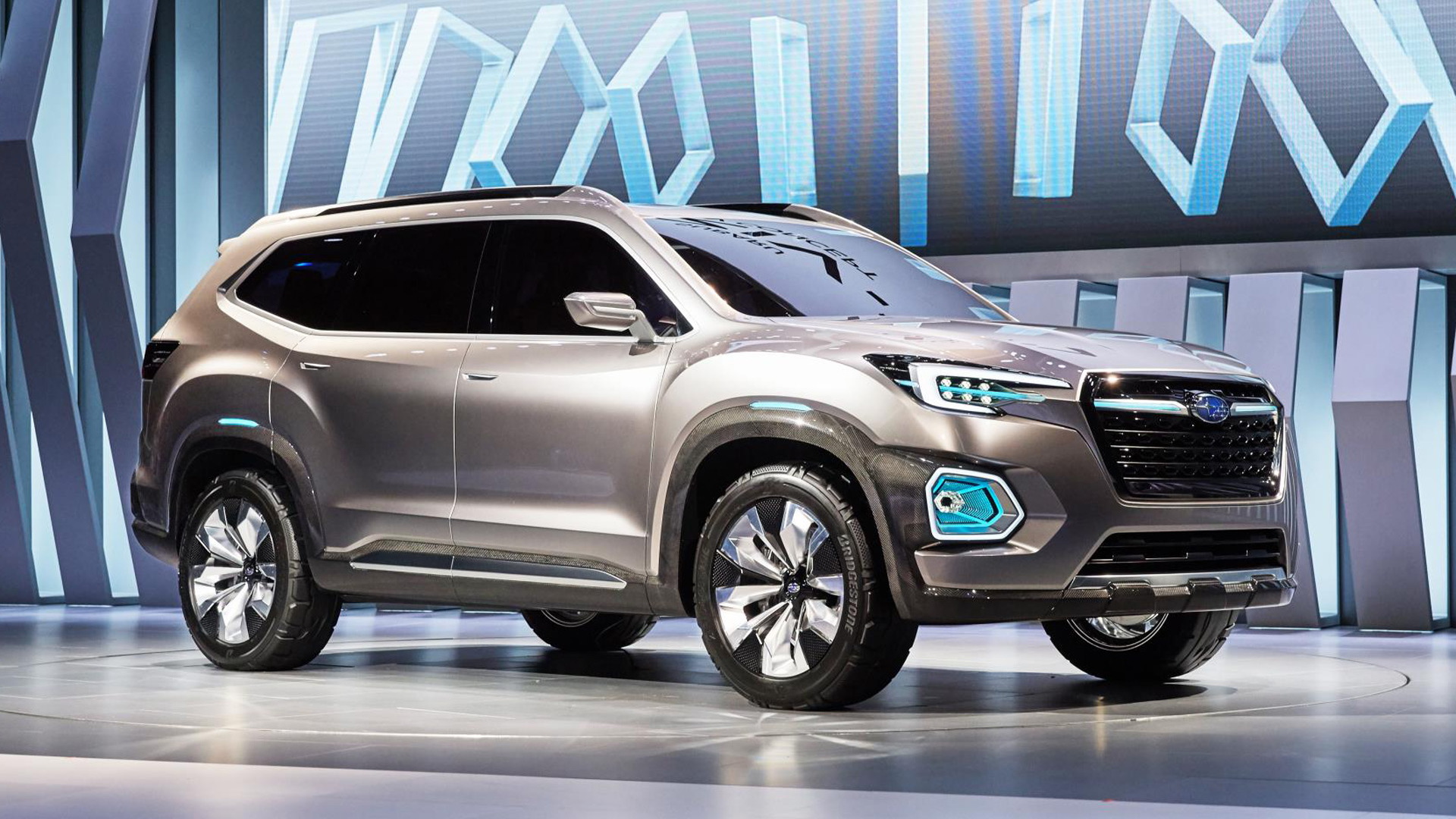 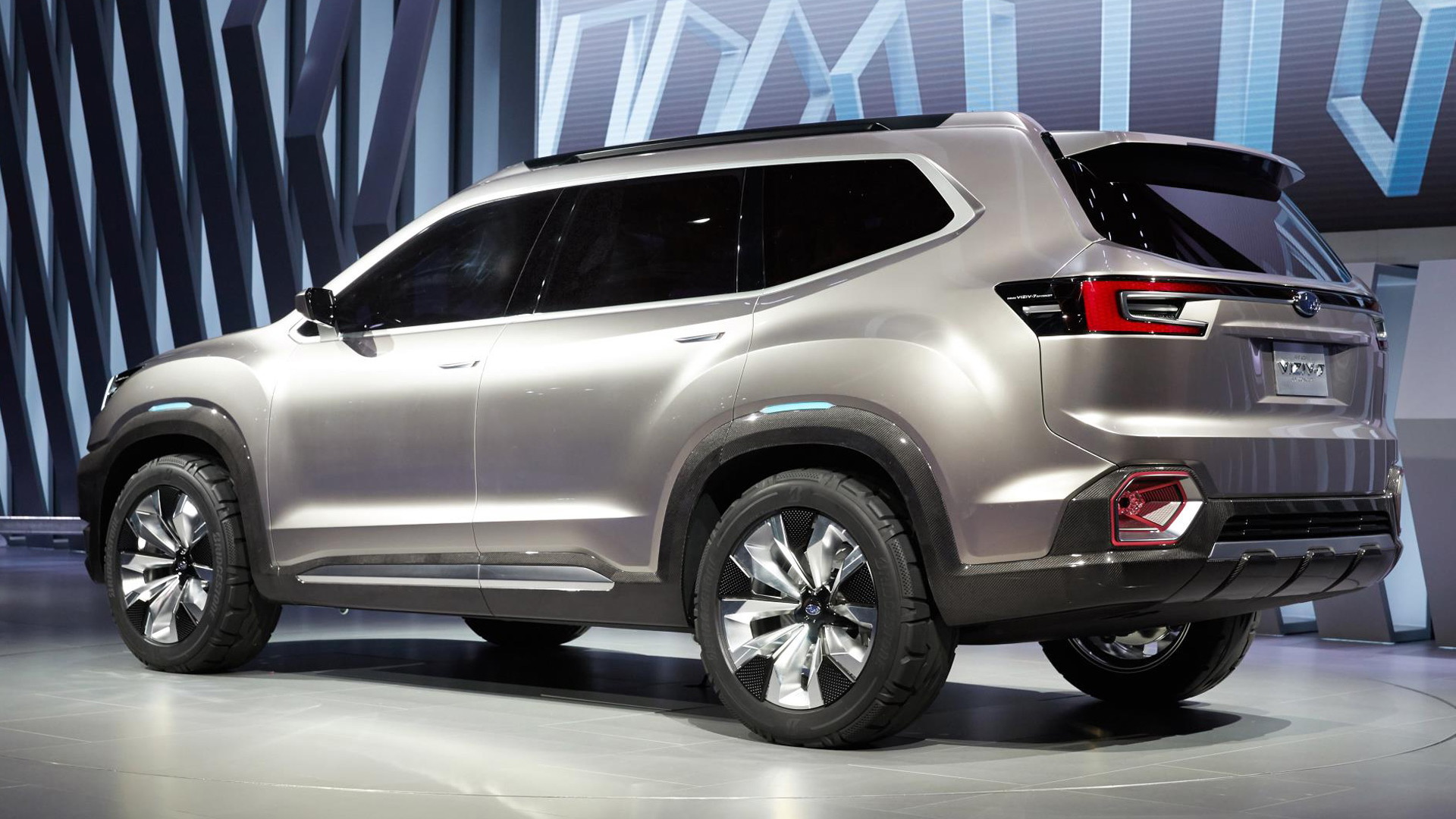 Subaru is working on a 3-row, 7-seat SUV to fill void left by the automaker’s unloved Tribeca.

It’s not due until early 2018 but on Thursday at the 2016 Los Angeles auto show Subaru previewed the design with the Viziv-7 concept car.

The concept features a rugged look that Subaru calls Dynamic and Solid. The look is dominated by chunky wheel arches, 21-inch wheels and sheer surfacing front and rear. You’ll also notice the C-shaped lights that Subaru is fond of using on concepts.

From our spy shots of prototypes, we know the concept’s lines will be toned down for production. The overall size looks to be remaining the same, though. The concept has a length of 204 in, a width of 80 in and a height of 72 in, and the wheelbase measures 117.7 in.

This puts it near the bigger end of the segment, which includes the similar sized Chevrolet Traverse and slightly smaller Honda Pilot and Mazda CX-9. Volkswagen’s new 3-row SUV, the Atlas, which also debuted in L.A., is somewhere in the middle of the segment with its 198.3-in length.

“We know customers in this segment want a full-sized vehicle and the next 3-row from Subaru will be the biggest Subaru vehicle ever,” said Takeshi Tachimori, corporate executive vice president of Subaru parent company Fuji Heavy Industries.

In case you were wondering, Viziv isn’t the name of the production model. It stands for “Vision for Innovation” and is Subaru’s label for its forward-looking concept cars. It’s not clear what the production model will be called although we know it won’t be Tribeca.