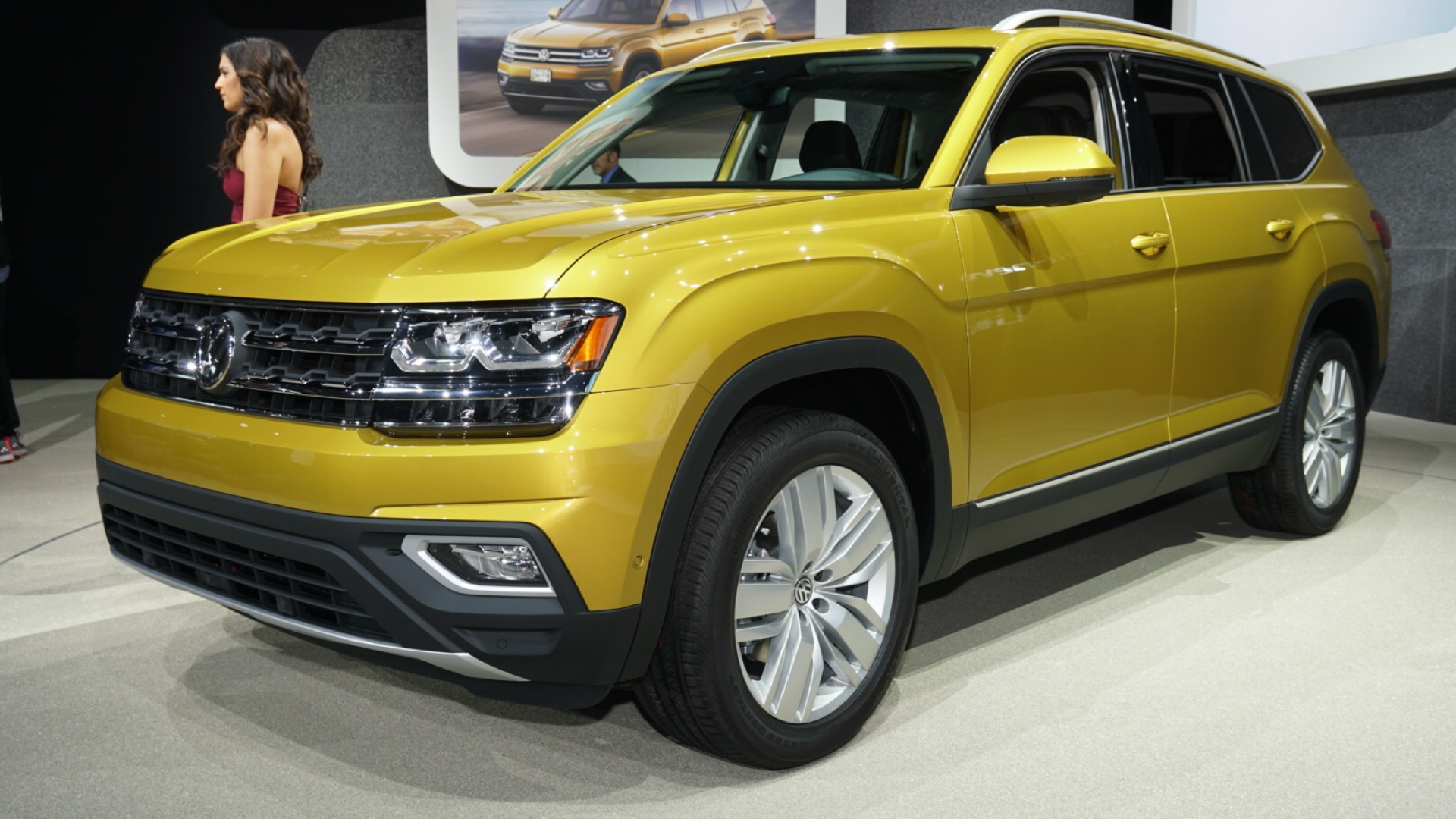 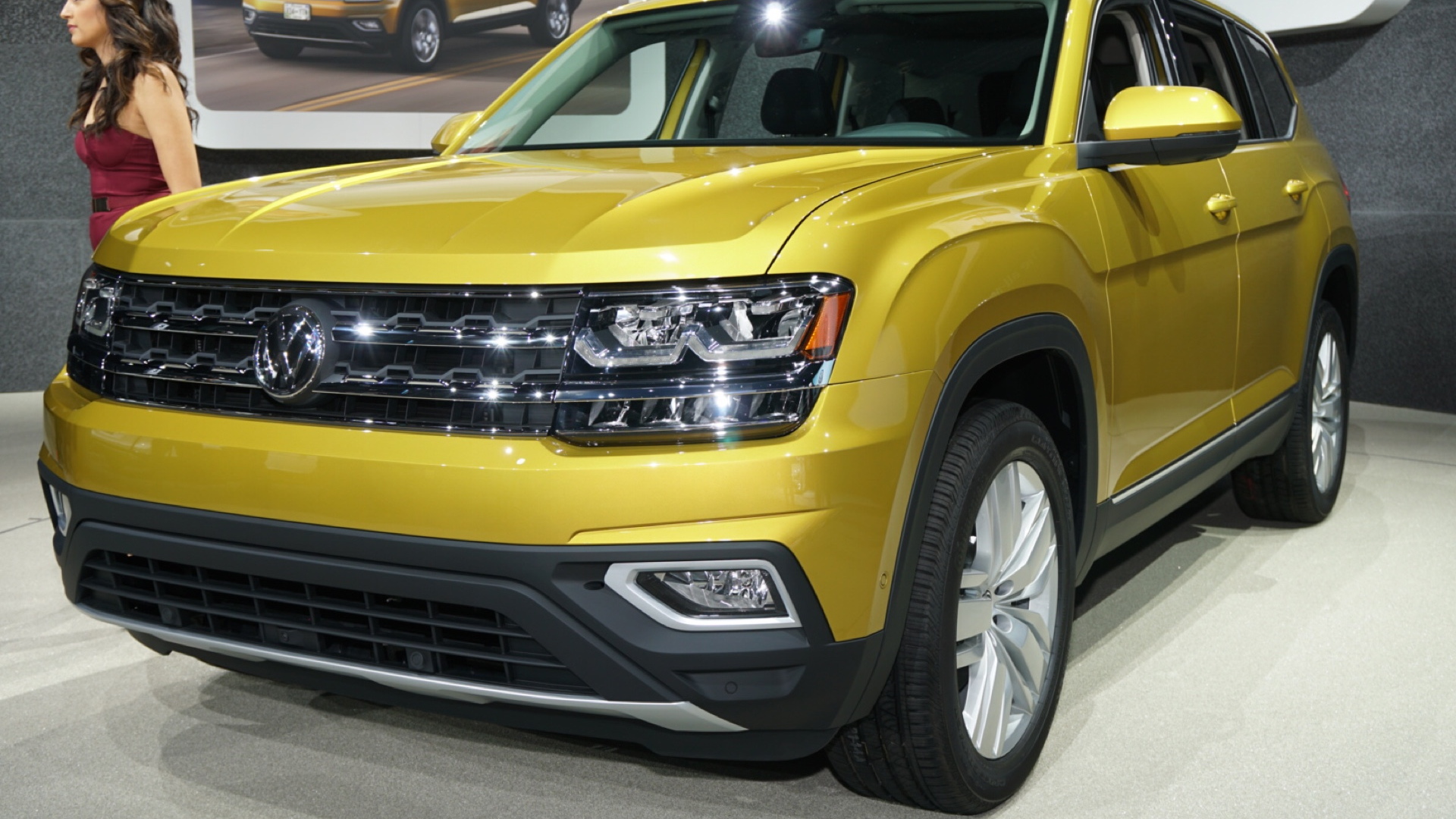 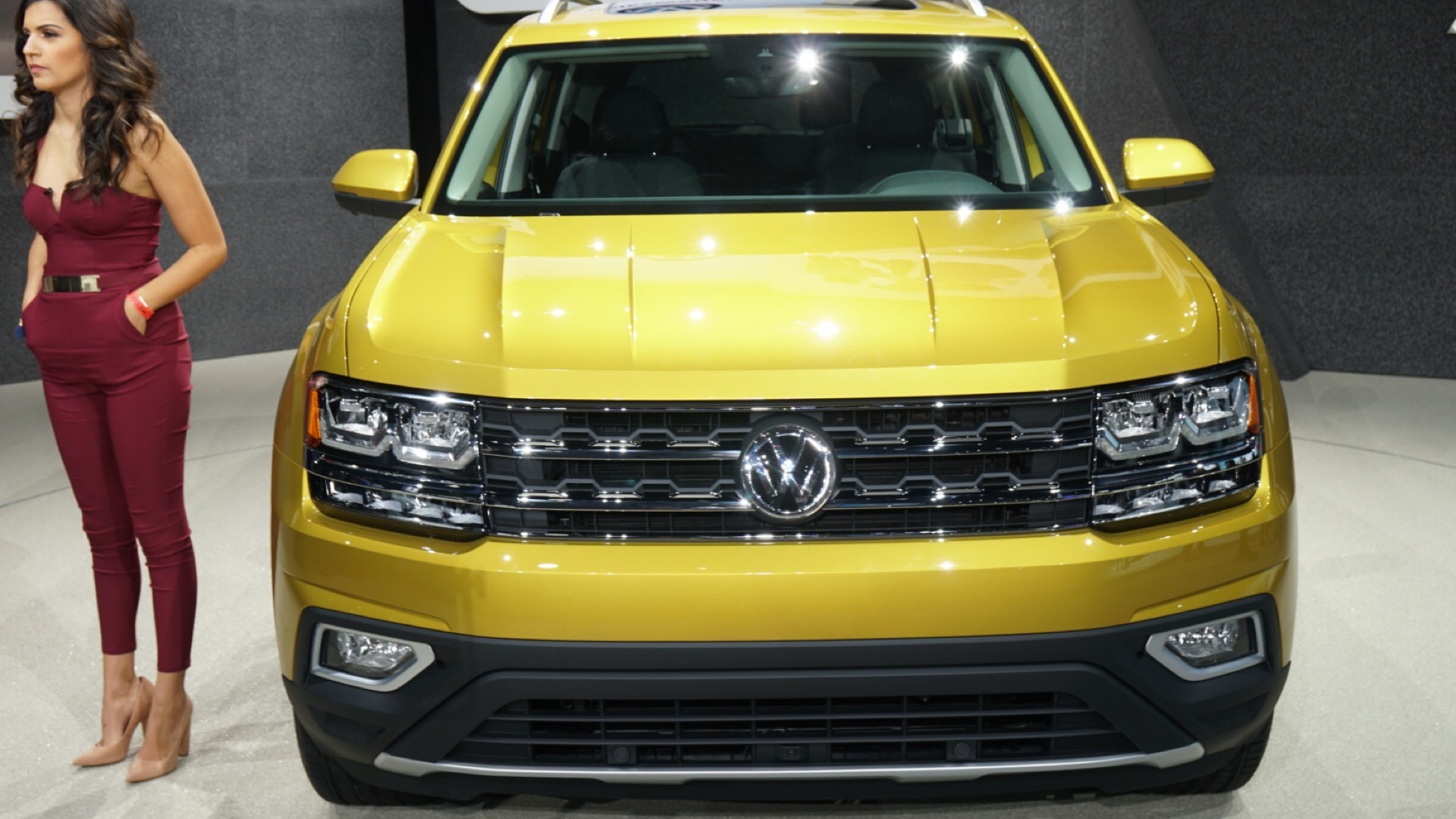 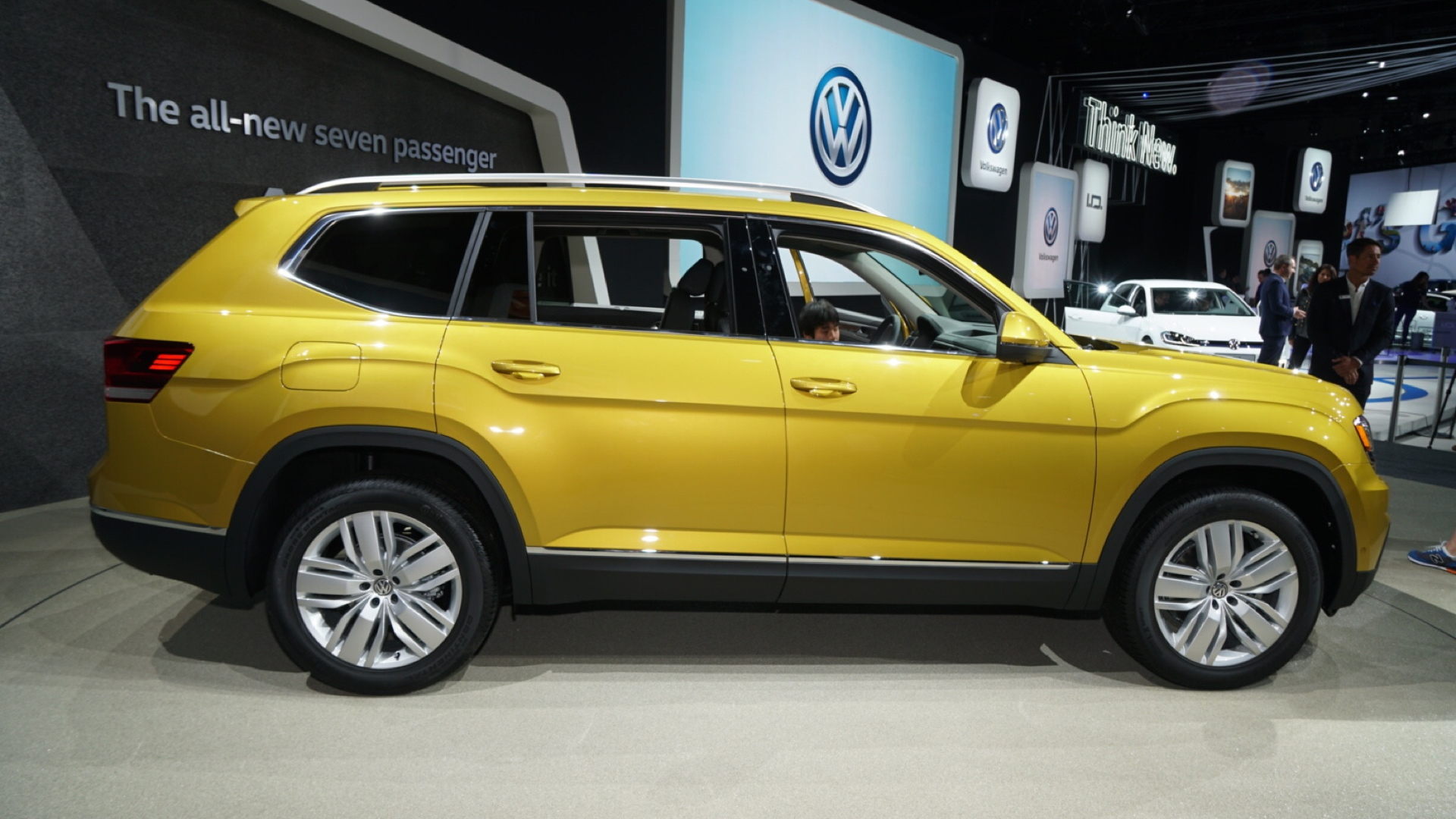 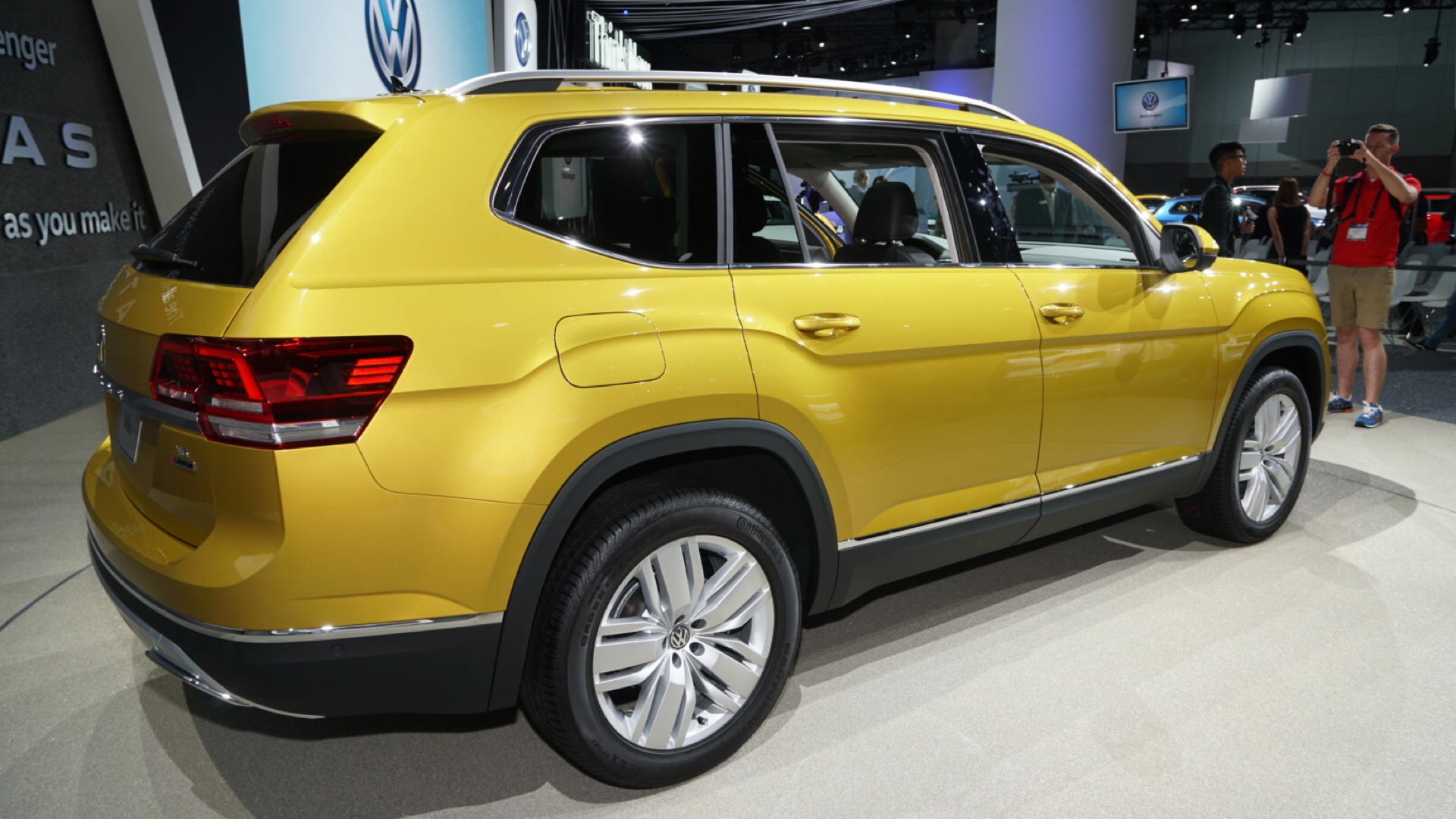 Volkswagen has finally unveiled the Atlas, a three-row, seven-seat SUV the automaker hopes will turn it into a major player in the mainstream market in the United States.

This is the vehicle that was first previewed in 2013 by the CrossBlue concept. It will be built at VW’s plant in Chattanooga, Tennessee and is expected in showrooms in the spring of 2017, following its world debut this week at the 2016 Los Angeles auto show. It arrives as a 2018 model.

Like the Crossblue concept, the Atlas is based on the flexible MQB platform found in the smaller Golf and other models from the Volkswagen Group. The Atlas features the largest version of the platform and is aimed at the value-oriented family crowd. Competitors include the Chevrolet Traverse, Ford Motor Company [NYSE:F] Explorer, Honda Pilot and Toyota Highlander.

The Atlas measures 198.3 inches in length, 77.9 in width and 69.6 in height. This makes it the largest vehicle in VW’s fleet. Inside, there’s a big and airy cabin which features a design nearly identical to the CrossBlue concept, with big knobs, a large touchscreen infotainment system, and wood trim.

At launch, the Atlas will have two powertrain options. The base option will be a 238-horsepower turbocharged 2.0-liter inline-4 and above this will sit a 280-hp 3.6-liter V-6 option. A diesel option was originally planned but was dropped due to the emissions scandal still plaguing VW. Instead, we’ll likely see a hybrid option at some point to cater to fuel-conscious buyers.

The inline-4 will be offered exclusively with front-wheel drive while the V-6 will have the option of all-wheel drive. Either engine will be mated to an 8-speed automatic transmission. VW says EPA-rated fuel economy will be announced closer to the market launch.