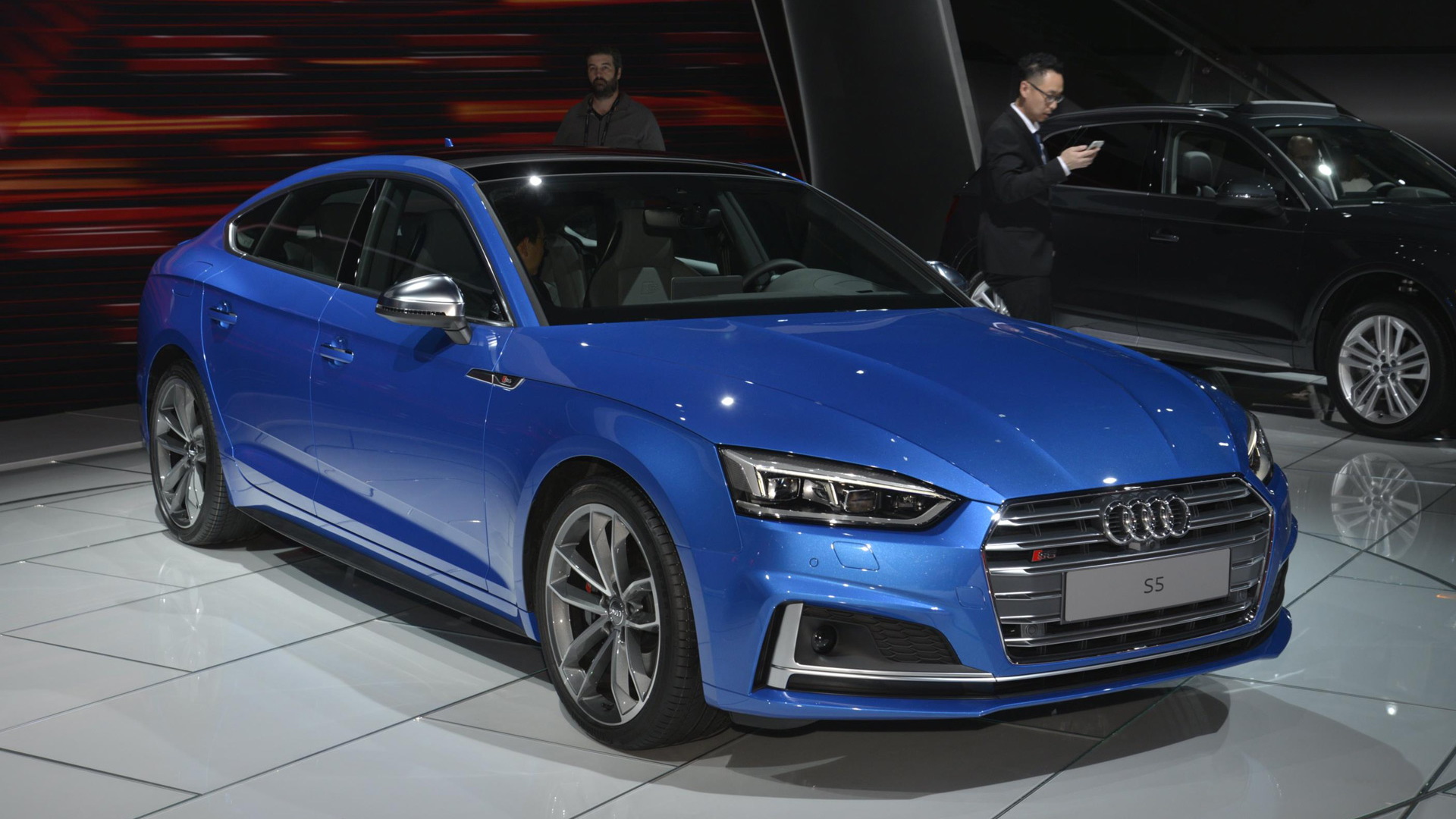 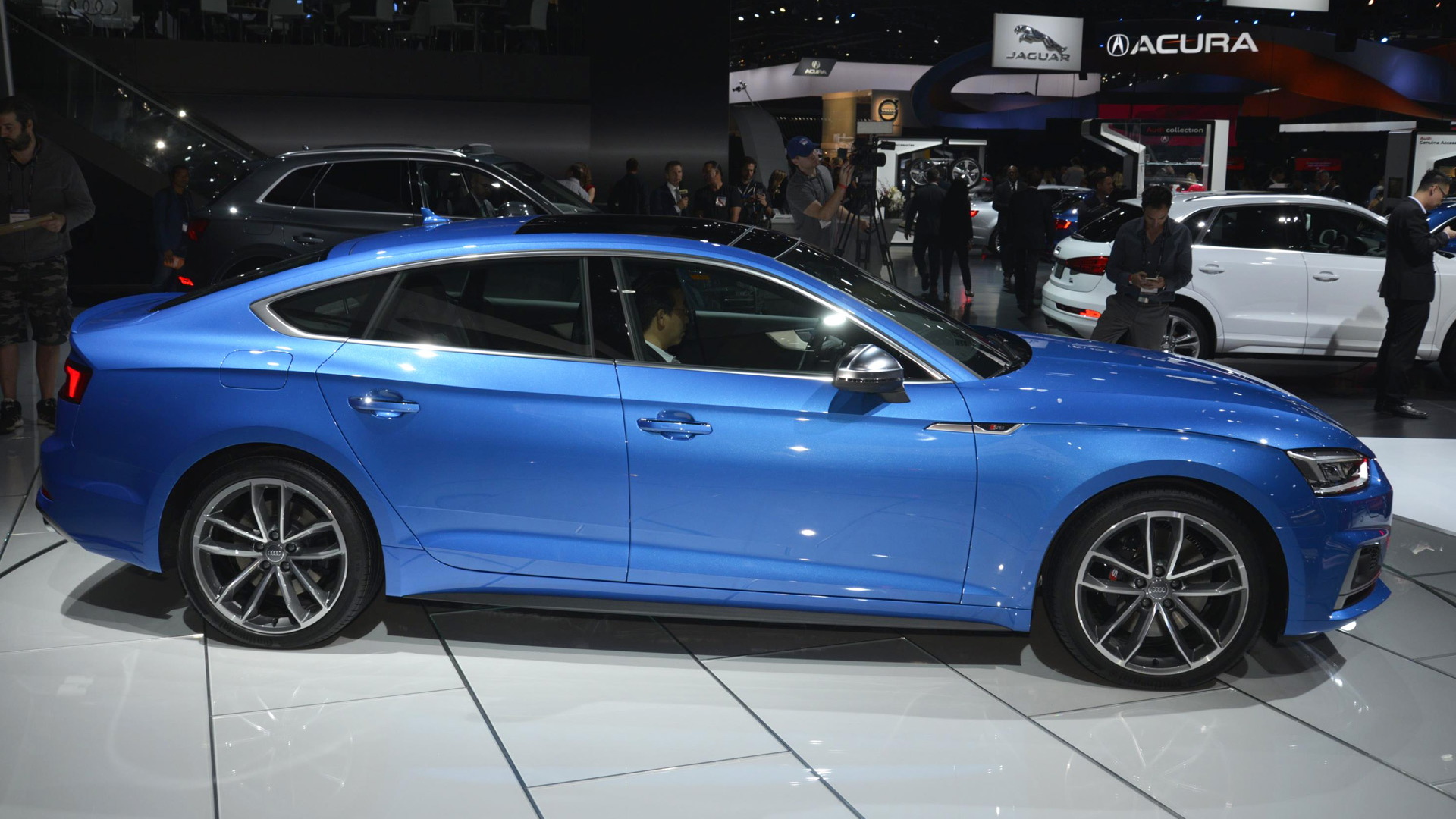 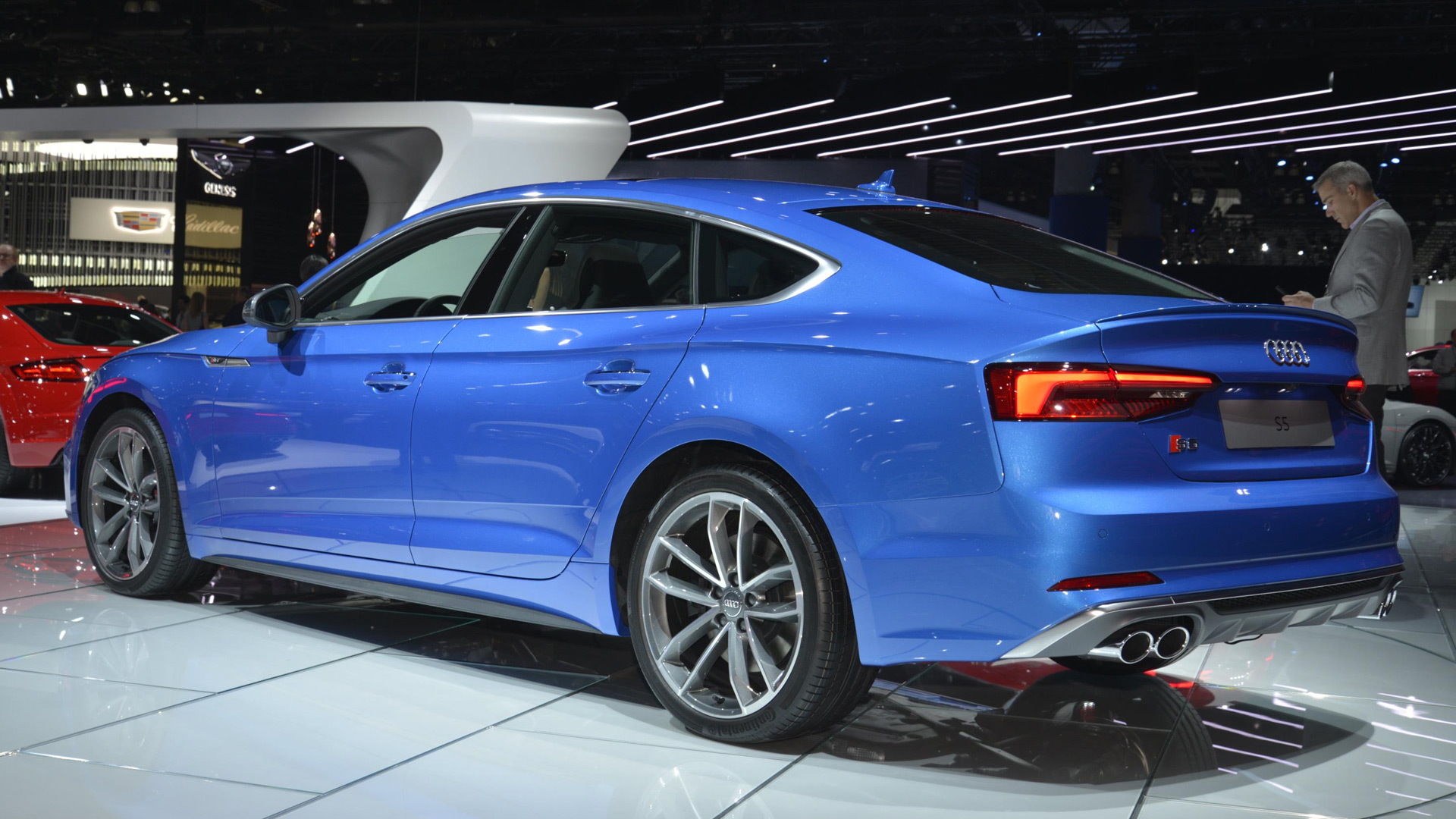 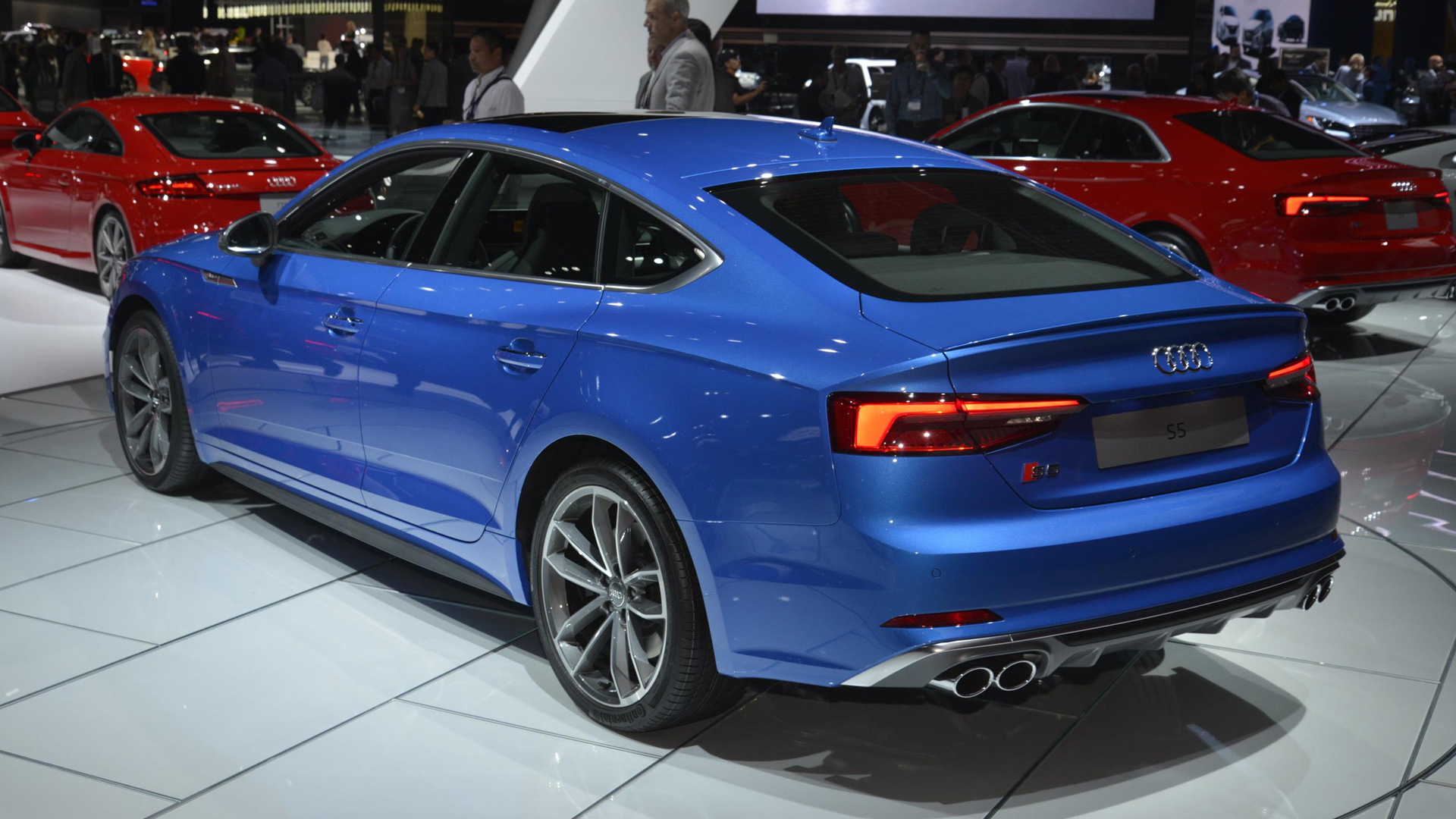 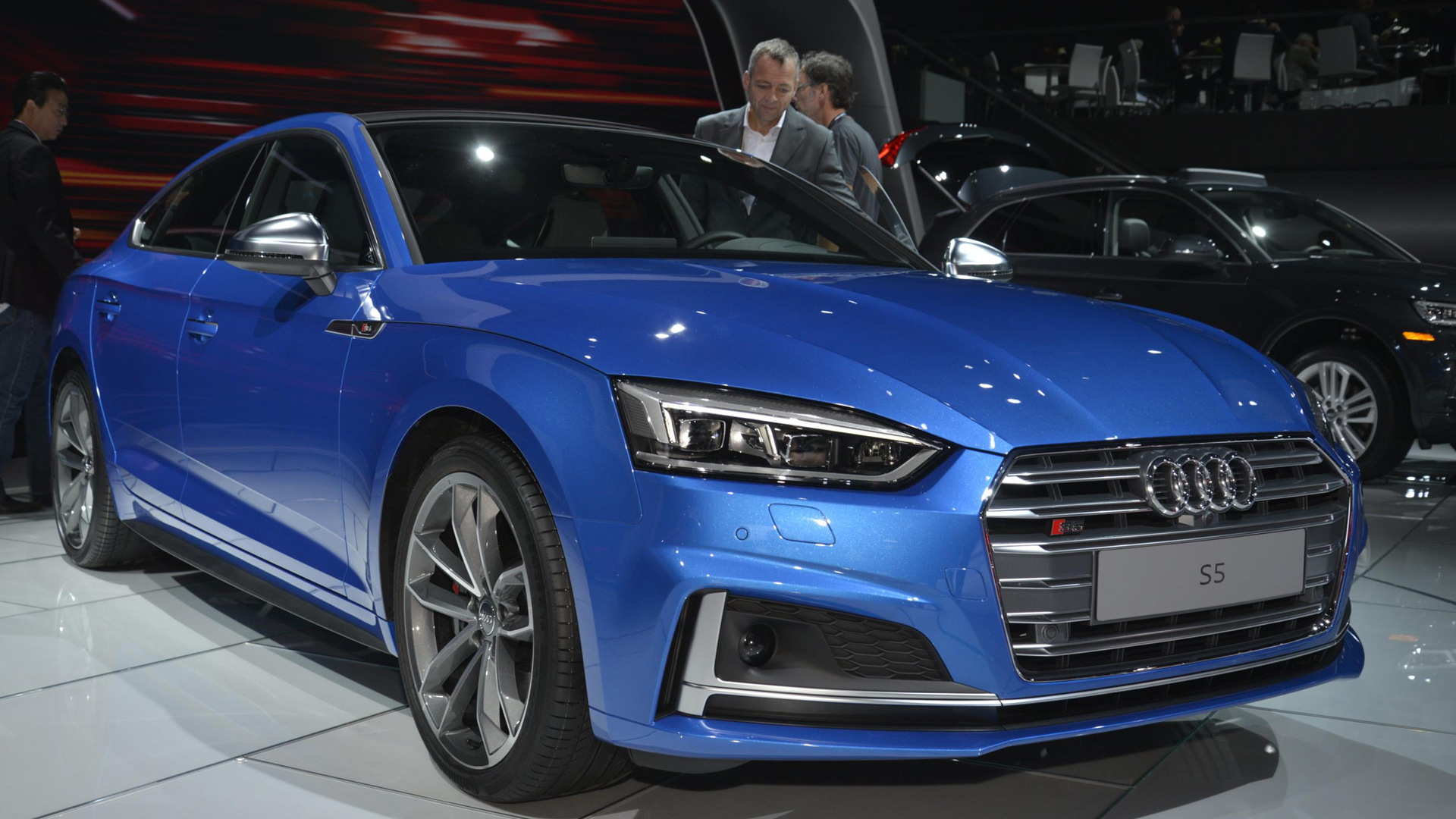 While we disagree on what constitutes a "coupe," the 2018 Audi A5 Sportback was busy breaking cover on Wednesday at the 2016 Los Angeles auto show, ahead of the market launch in spring 2017.

The four-door fastback (five if you count the dramatically sloped hatch) sports the same sleek lines as the drop-dead awesome A7 sedan, albeit with the copier set at "70-percent reduction" after the lines are all drawn. 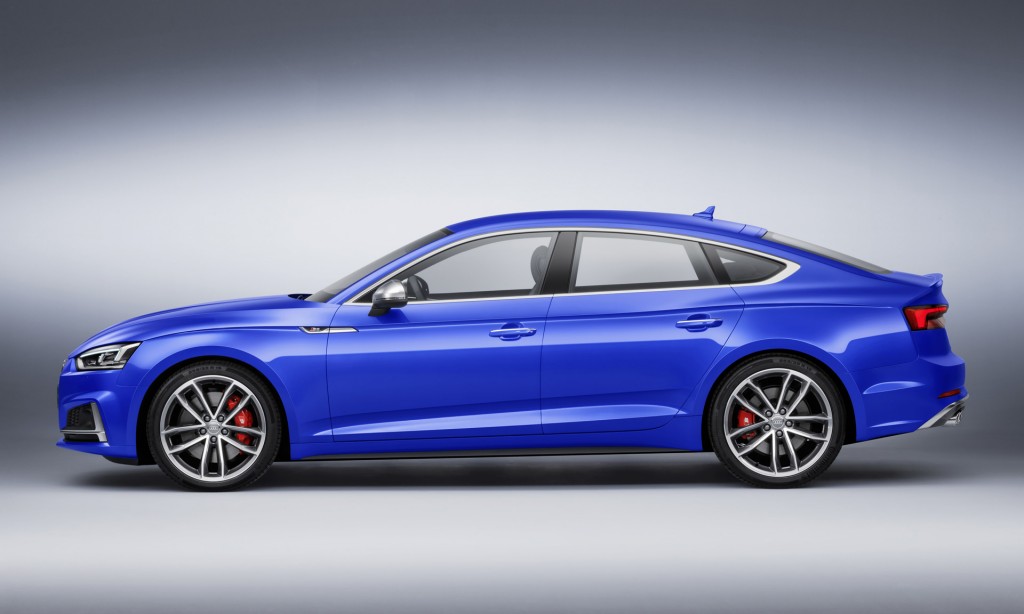 The second-generation of the A5 Sportback makes its first trip across the pond in A5 and S5 spec, complete with two different engine options. The lineup should be familiar to most Audi fans by now, with the base option starting at a turbocharged 2.0-liter inline-4 that makes 252 horsepower and 273 pound-feet of twist.

According to Audi, the A5 engine should be good enough to rip off runs to 60 mph in under 6 seconds thanks to a supremely quick 7-speed dual-clutch gearbox and standard all-wheel drive, which Audi calls Quattro.

If that's not enough sugar in your coffee, a stout turbocharged 3.0-liter V-6 will be available in the S5 Sportback that makes 354 hp and 369 lb-ft, but shifts that power through a regular torque-converter 8-speed automatic and all-wheel drive—same as the new S4. A sprint up to 60 mph takes 4.5 seconds. 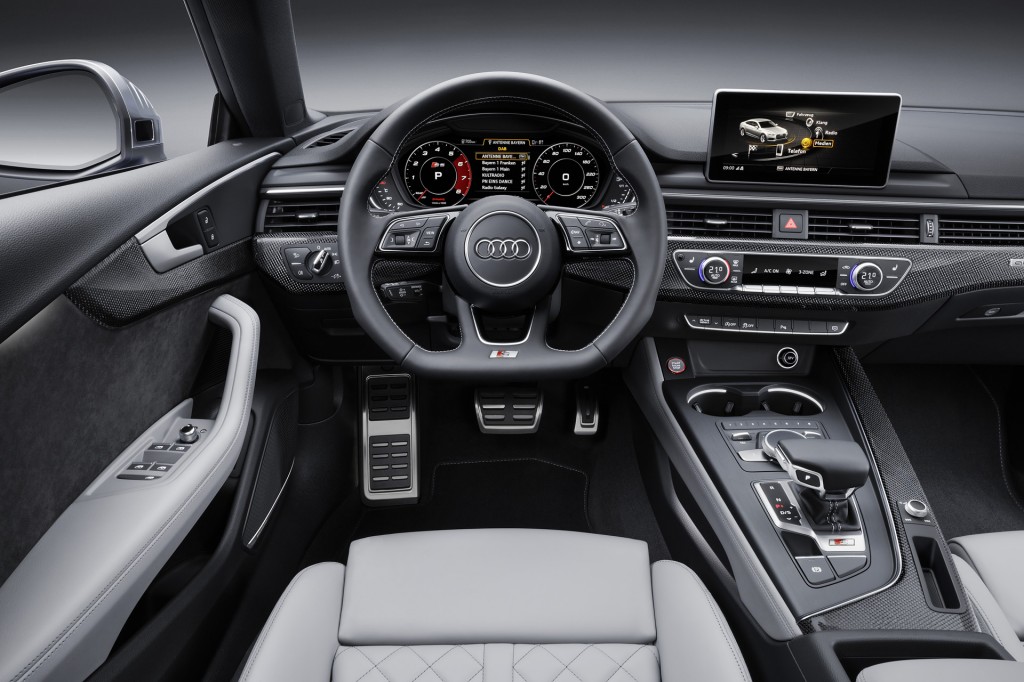 The interior should be instantly familiar to anyone who's sat in the new A4. The same digital instrument cluster (called the Virtual Cockpit) and Audi MMI infotainment system are offered in the Sportback, same as the adaptive cruise control and advanced safety features.

Audi U.S. boss Scott Keogh wasn't coy when he said the new A5 Sportback was a "baby A7," and he's right. All the same curves and lines are present—albeit with a slightly more pinched nose this time around. Like the A7 line, we're patiently waiting on any word that the A5 Sportback will get the RS 5 treatment too. Stay tuned.