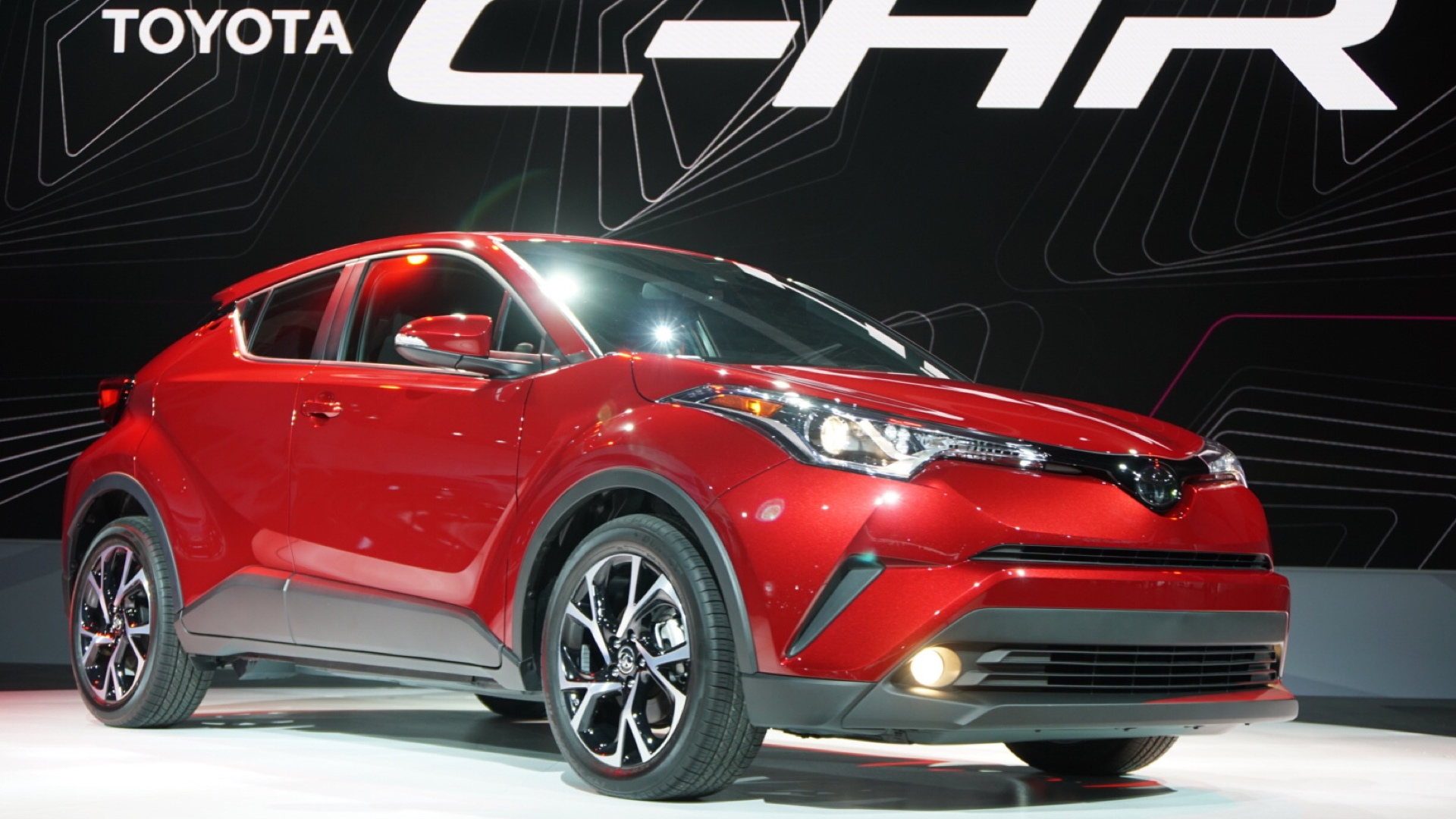 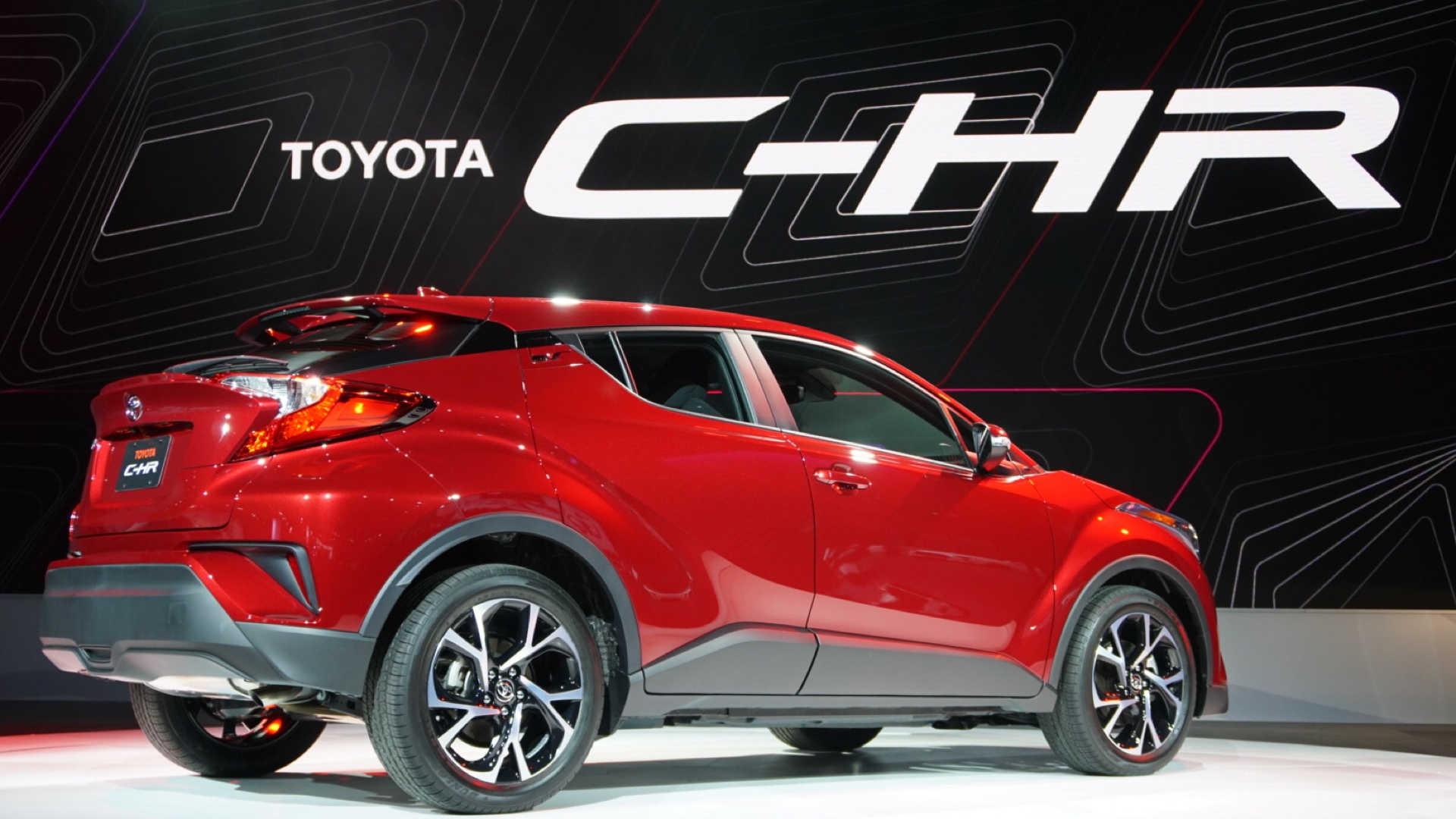 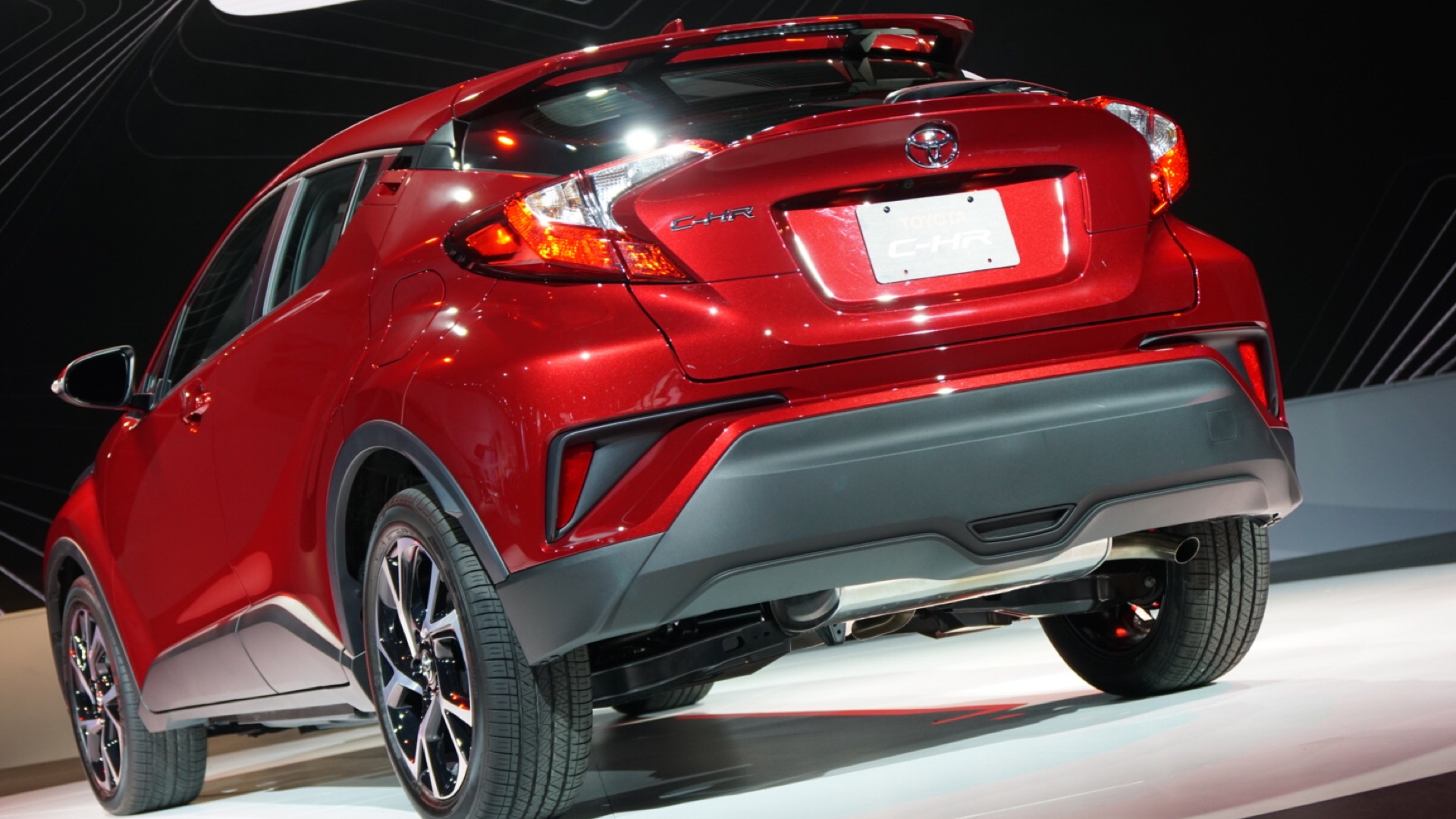 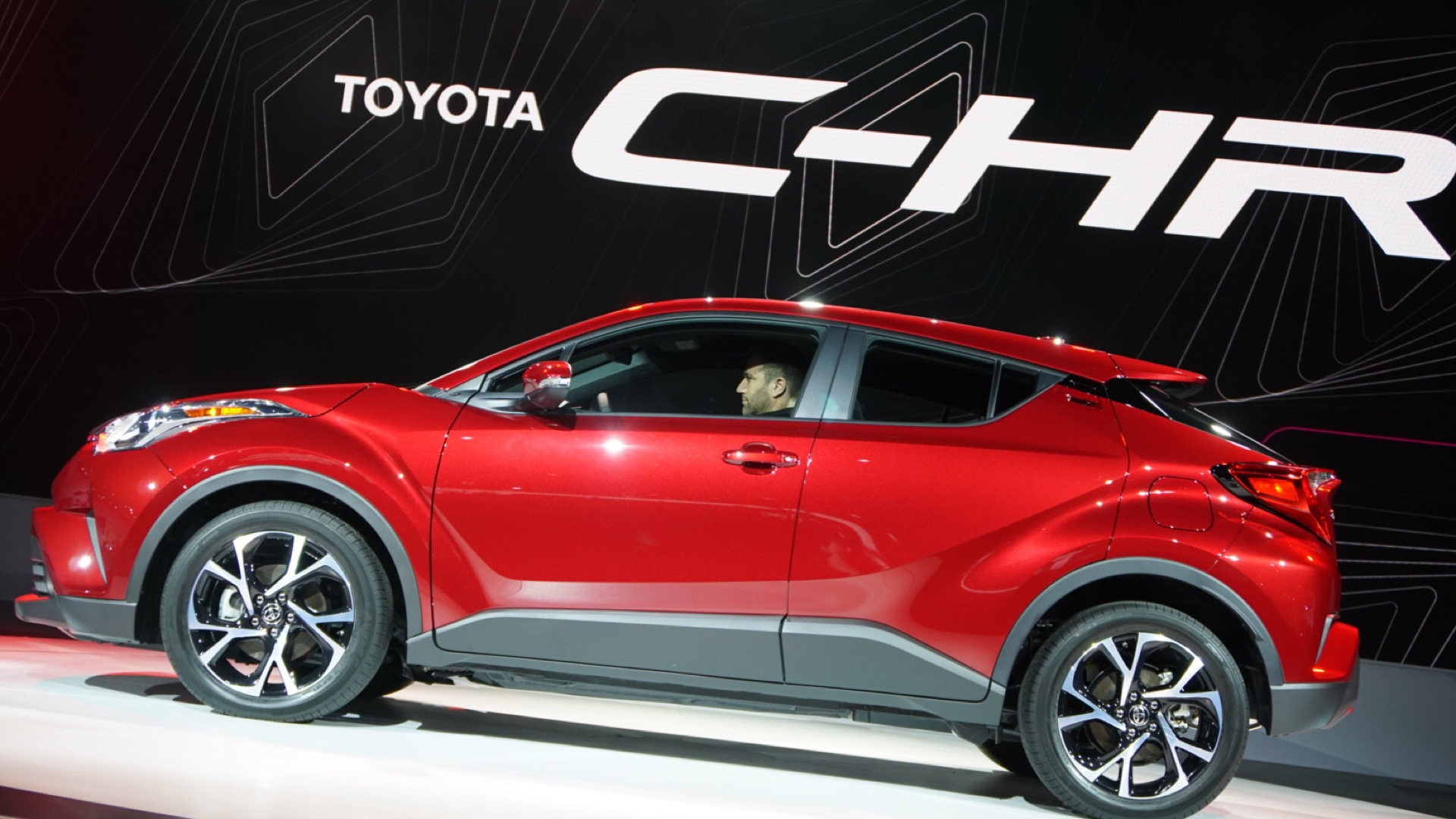 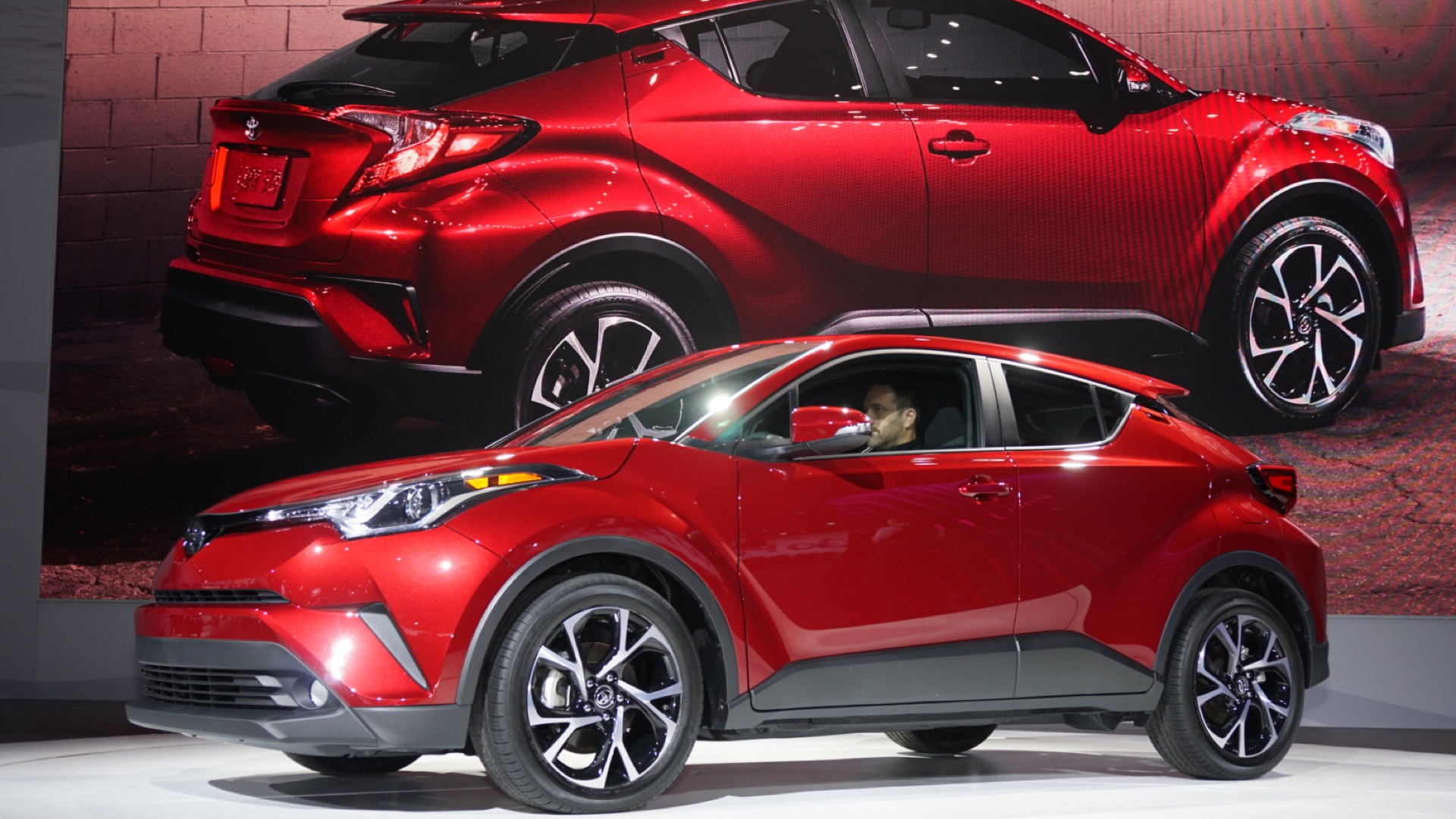 Following its world debut at the 2016 Geneva auto show, Toyota’s funky-looking C-HR subcompact SUV has finally reached the United States, appearing for the first time on Thursday at the 2016 Los Angeles auto show.

It was originally due here as a Scion, but with the with the demise of the youth brand earlier in 2016 the C-HR is badged as a Toyota. The letters that make up the name stand for “Coupe High Rider,” but this is no coupe as there are four doors, plus the rear hatch.

The vehicle is essentially a sharper looking alternative to the new Ford Motor Company [NYSE:F] Ecosport also on show in L.A., as well as vehicles like the Chevrolet Trax, Honda HR-V, Mazda CX-3 and Nissan Juke.

The C-HR hits showrooms in the first half 2017, initially in two grades: XLE and XLE Premium. Each is equipped with a long list of standard premium features that includes 18-inch wheels, dual-zone climate control, supportive bucket seats, a 7.0-inch infotainment screen, and electronic driver aids. 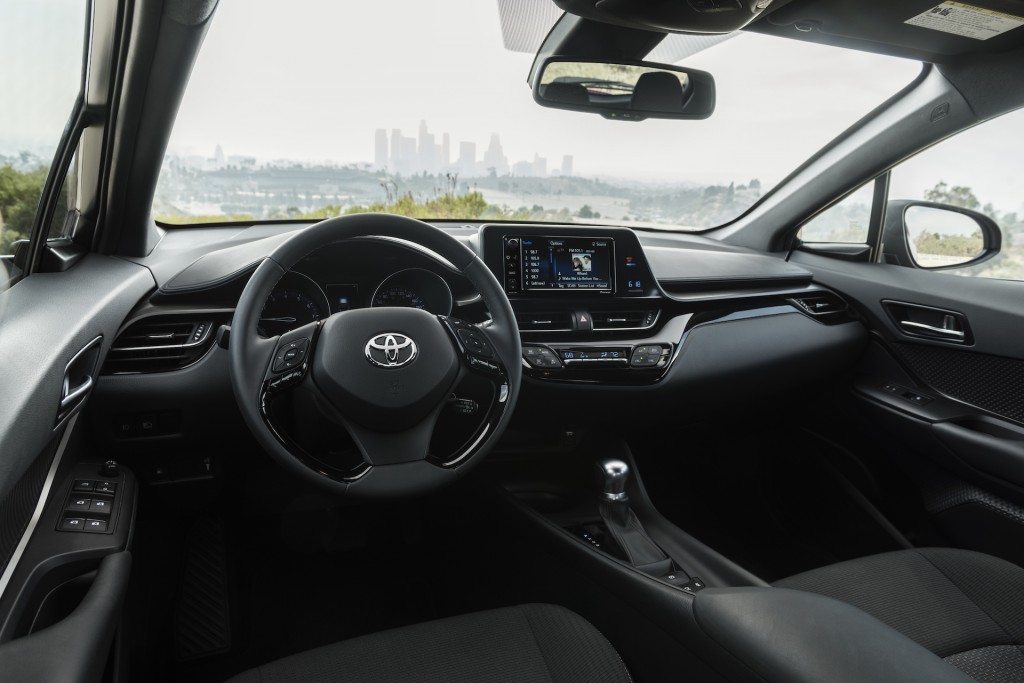 There’s only one powertrain, a 2.0-liter inline-4 delivering 144 horsepower and 140 pound-feet of torque. It sends drive to the front wheels via a CVT. The latter features a sport mode that can simulate the feel of gears shifting. A special differential helps to distribute torque between the left and right wheels during low-speed operation, making tight city maneuvers easier. A hybrid option may be offered at a later date.

Underpinning the vehicle is Toyota’s TNGA platform, a lightweight, sturdy design that made its debut in the 2016 Prius. It enables a low center of gravity and increased body rigidity, which in turn leads to more responsive handling and improved ride comfort. MacPherson struts up front and double wishbones in the rear, with SACHS dampers, further aids the handling of the C-HR.

The standard infotainment system includes AM/FM/HD Radio, Aha app, USB port and AUX jack, Bluetooth and voice activation. As for the electronic driver aids, there are handy features such as collision warning, automatic emergency braking, adaptive cruise control, and lane departure warning with lane keep assist, all as standard. Pricing information will be announced closer to next year's market launch.