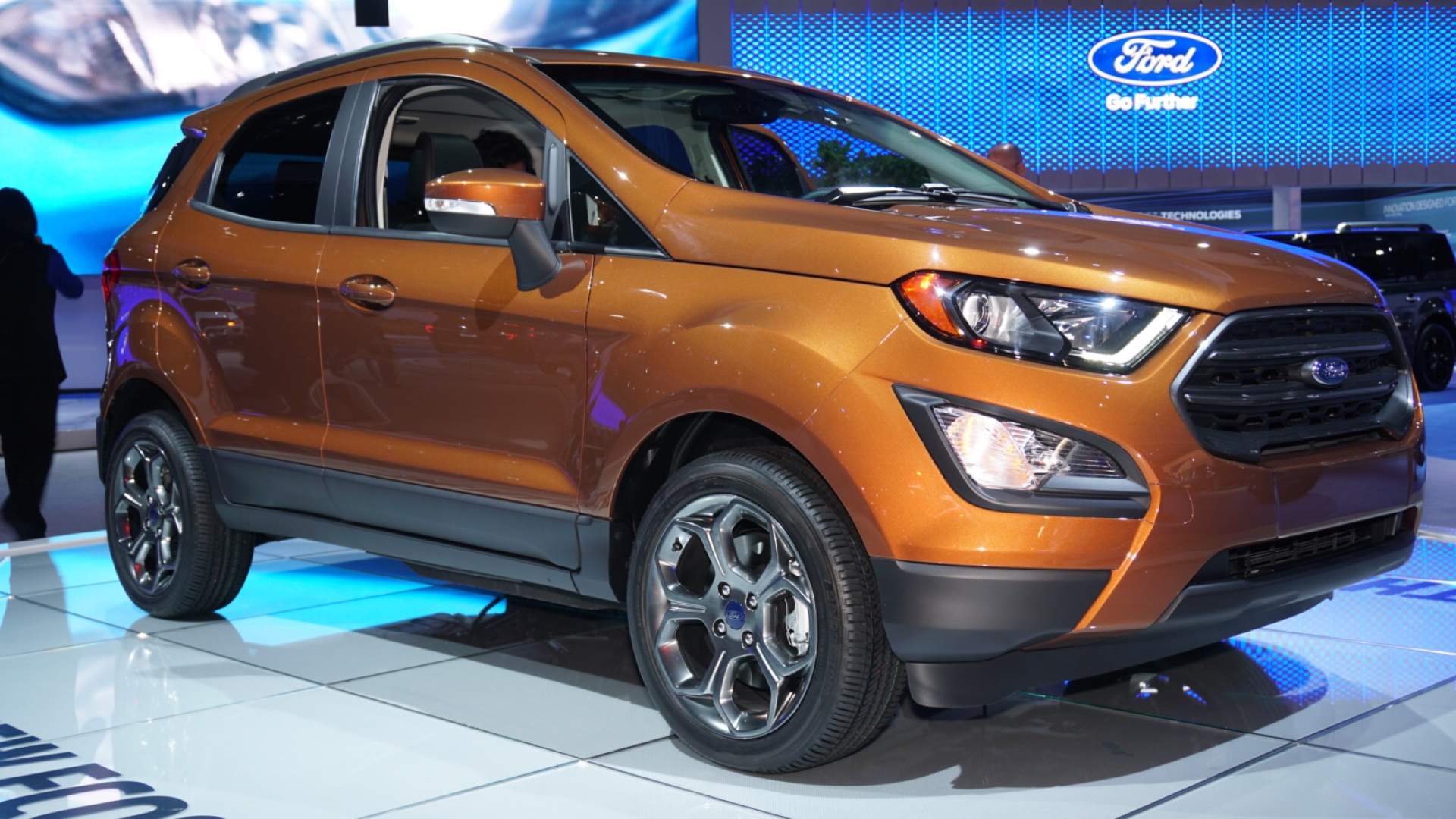 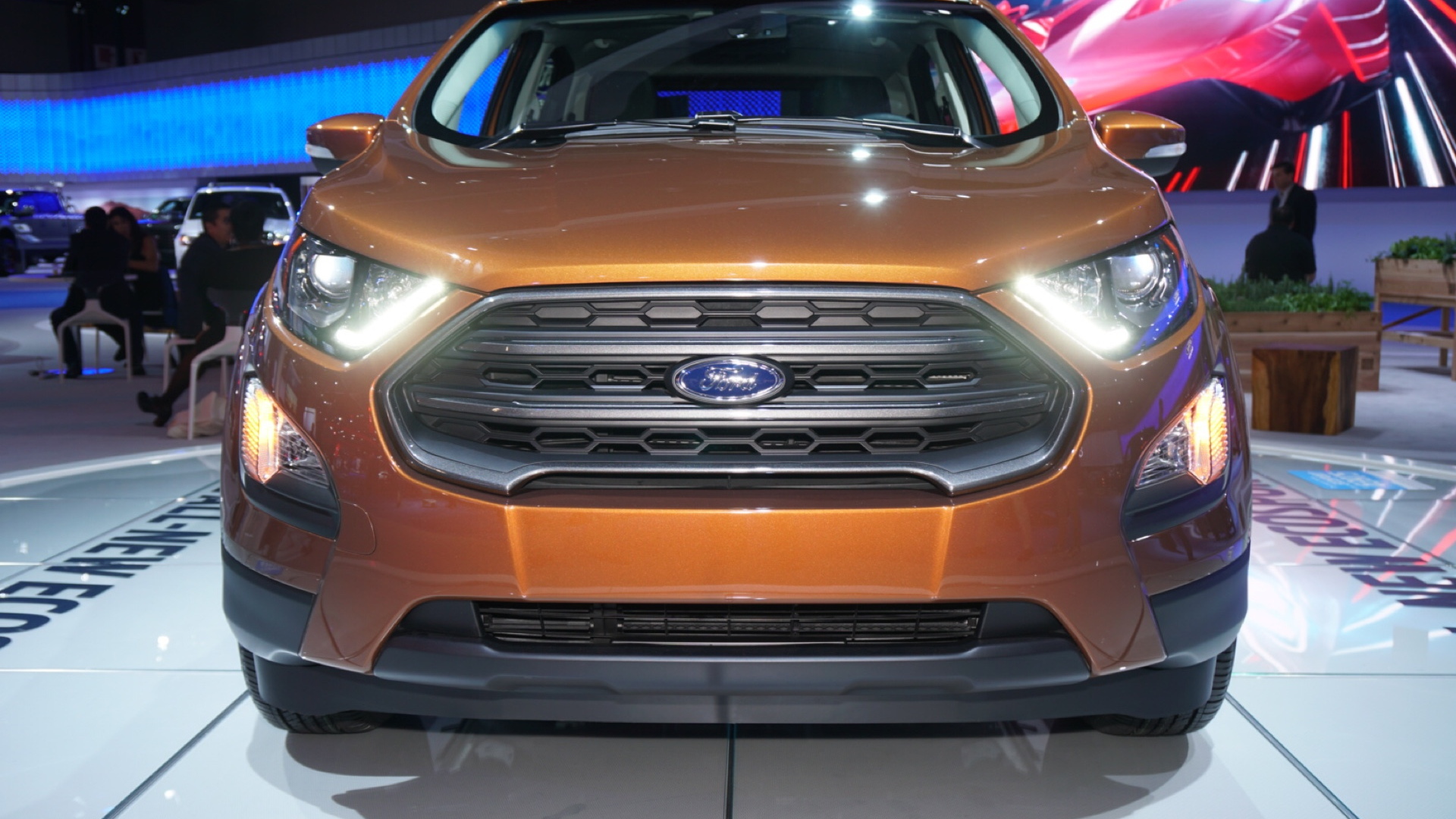 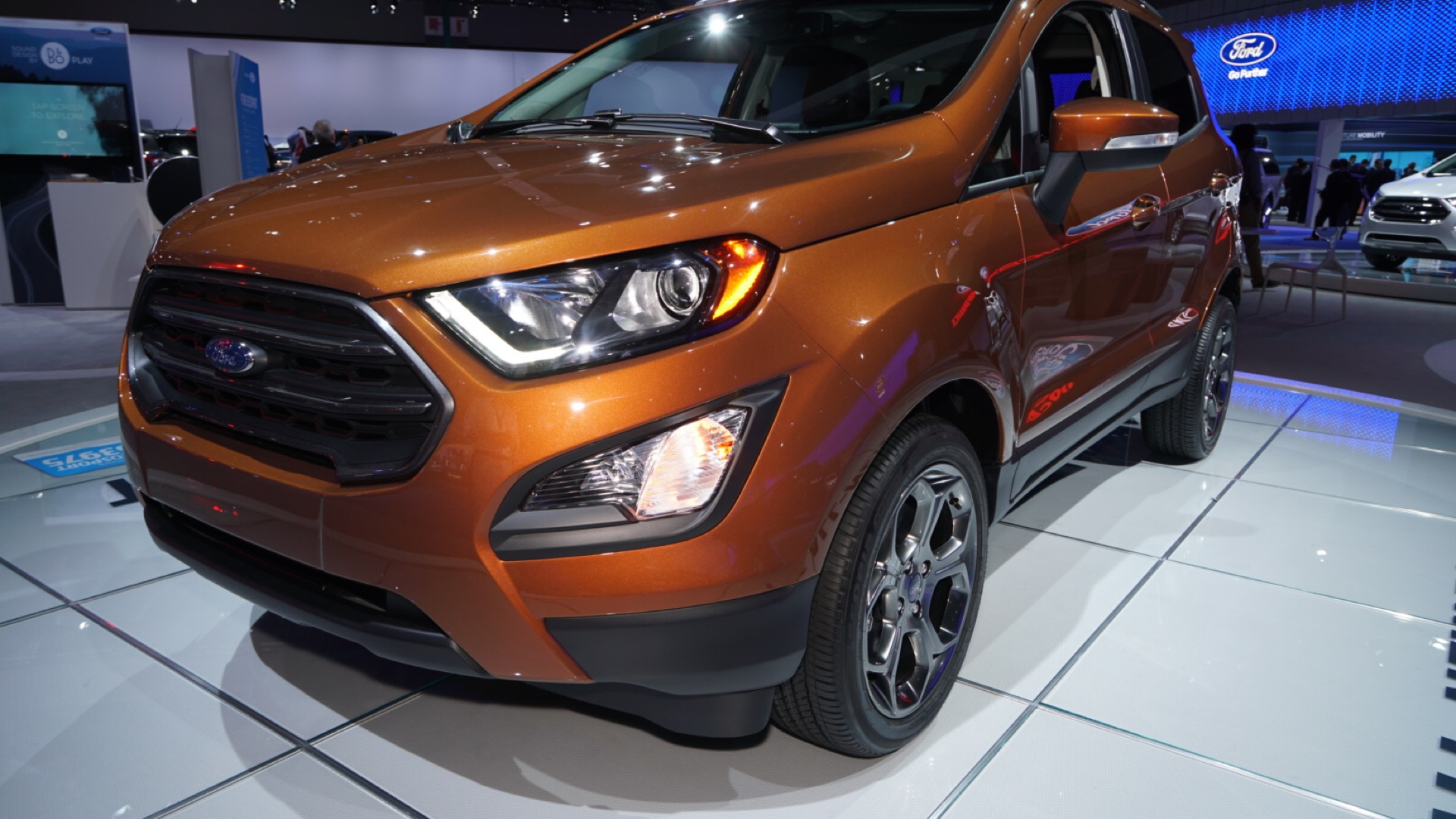 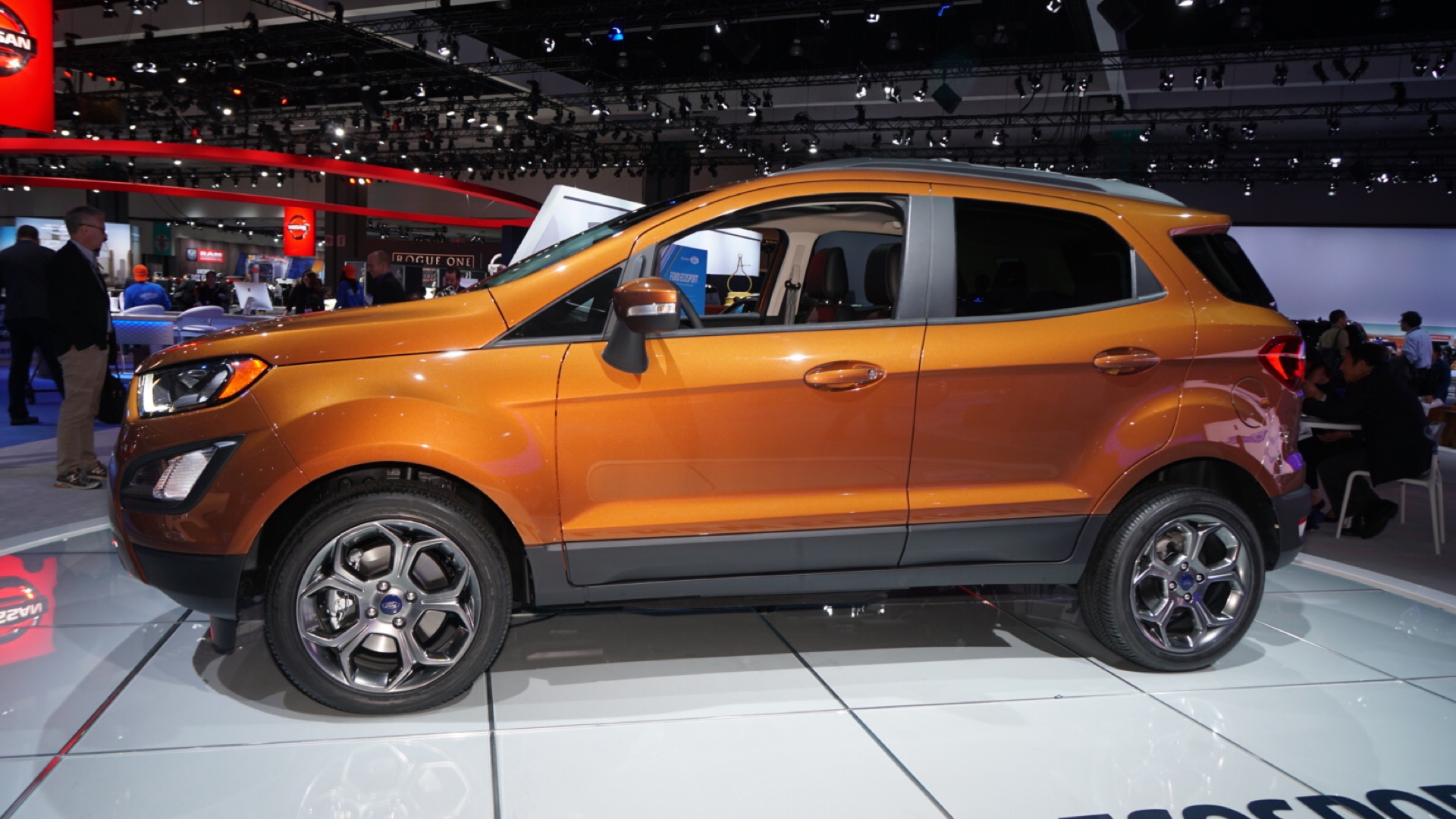 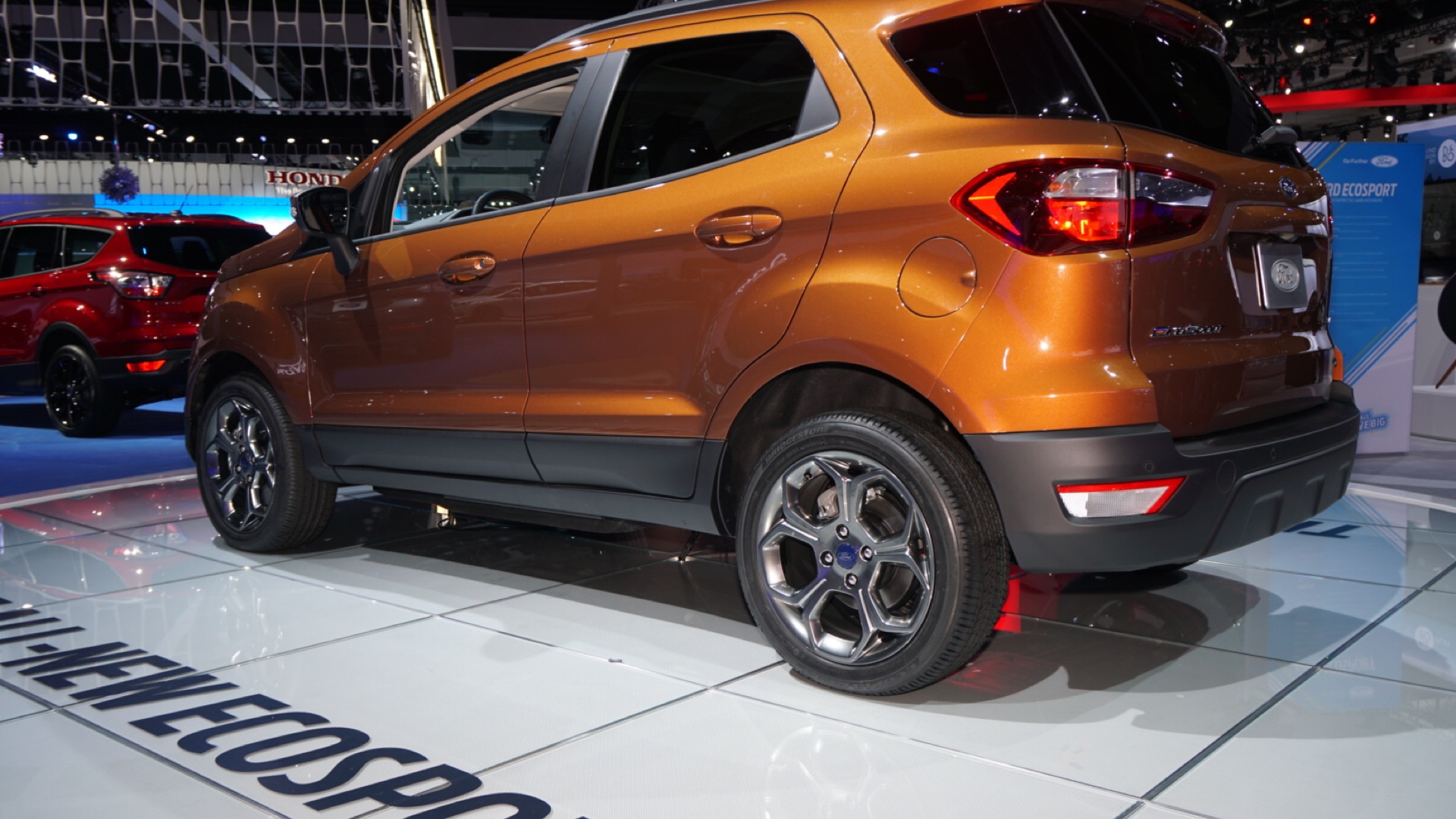 The Ford Motor Company [NYSE:F] Ecosport is a subcompact SUV that's loosely based on the Fiesta and was shown for the first time in 2012.

It’s Ford’s smallest SUV and was originally targeted at developing markets. However, the automaker has consistently hinted that it might end up in the United States—and now it has.

Ford on Monday previewed a U.S.-spec Ecosport ahead of a formal debut on Wednesday at the 2016 Los Angeles auto show. We won’t see it in showrooms for over a year, though. Ford has confirmed that the market launch won’t take place until early 2018, with the vehicles to be sourced from a plant in India.

The Ecosport is designed to take on vehicles like the Chevrolet Trax, Honda HR-V and Nissan Juke. In standard trim it will come with a turbocharged 1.0-liter inline-3 and front-wheel drive. A 2.0-liter model with standard all-wheel drive will be available, and a 6-speed automatic will be fitted across the range.

Rather than driving fun, Ford likes to tout the car’s connectivity features. That’s not surprising as the automaker is clearly targeting urban-dwelling millennials. The Ecosport will come with Ford’s Sync 3 infotainment system as standard, meaning it will have Apple CarPlay and Android Auto smartphone integration. The main interface will be an 8.0-inch touchscreen display.

The Ecosport will also come with two fast-charging USB ports to ensure owners’ devices are always juiced. Plus, there’s a 12-volt power outlet. An available 110-volt outlet positioned behind the center console and another 12-volt outlet allow rear-seat passengers to stay plugged in, too.

There will also be plenty of storage solutions to house devices. Ford says the Ecosport will come with as many as 30 stowage pockets, bins, hooks make efficient use of every interior inch. In addition, a cargo management system at the rear features a movable floor board and fold-away second-row seats to provide a flat area for transport larger items.

For more on the Ecosport, read Green Car Reports’ first drive review of the original model. And for more from the L.A. auto show, head to our dedicated hub.