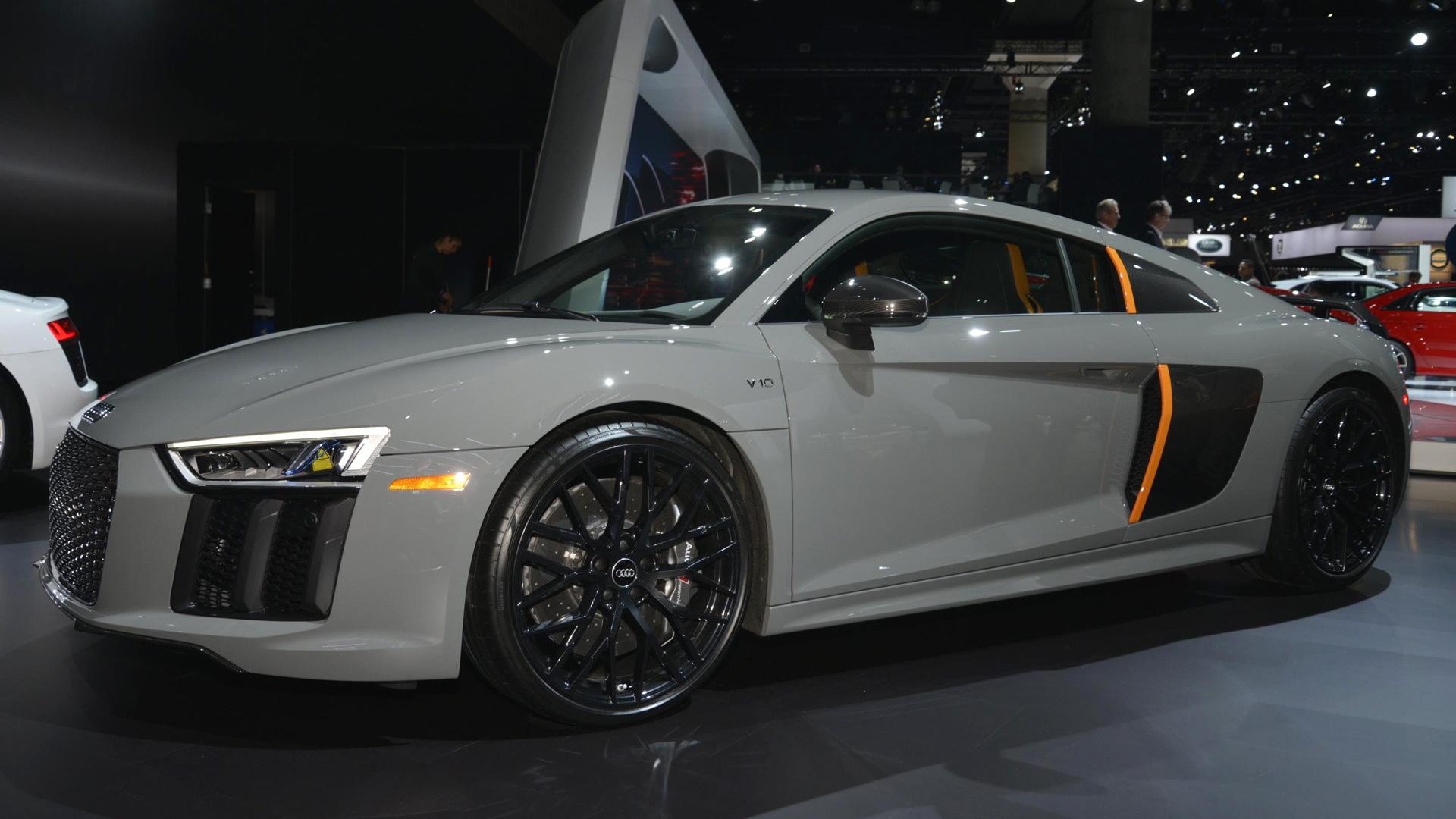 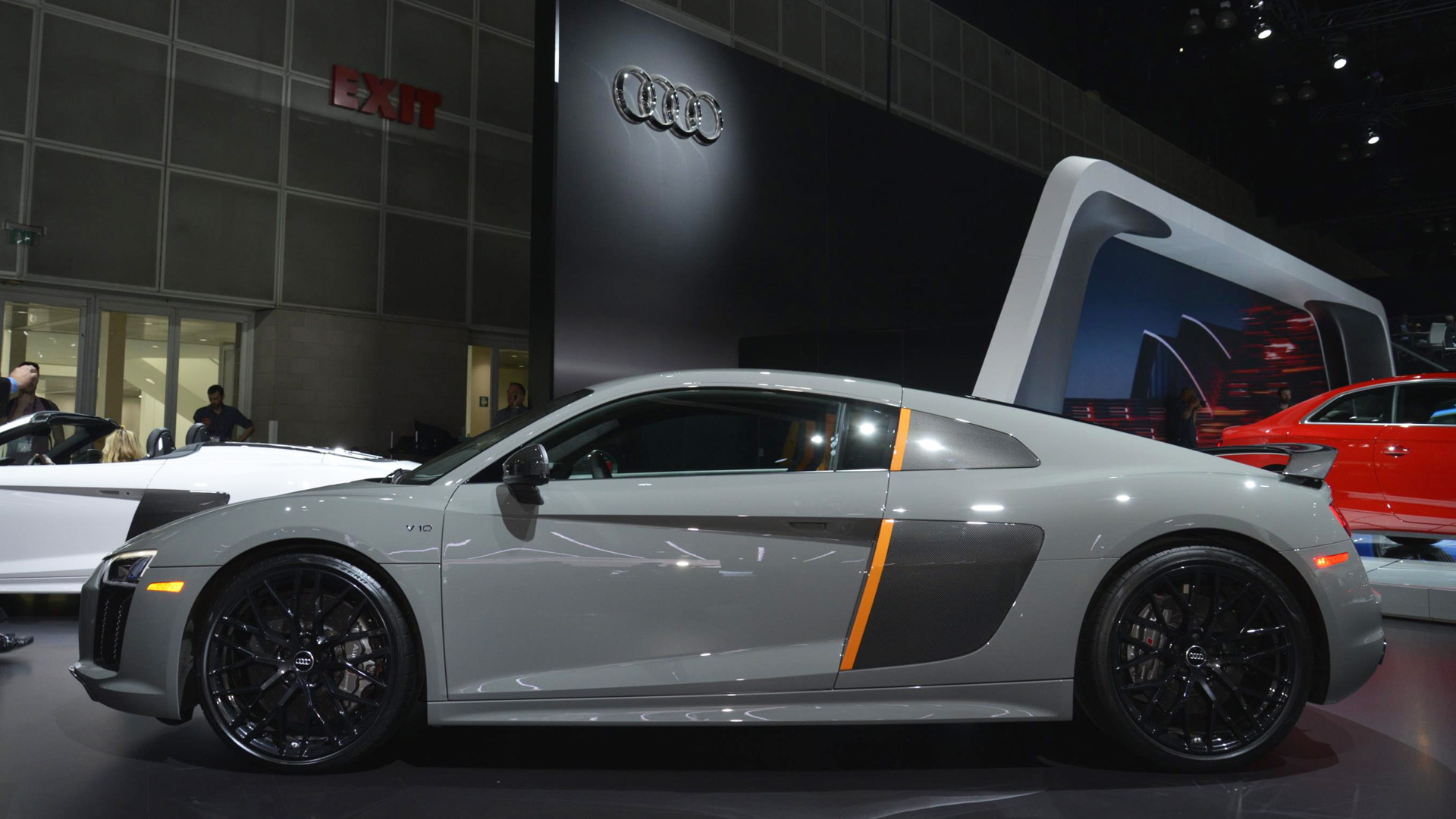 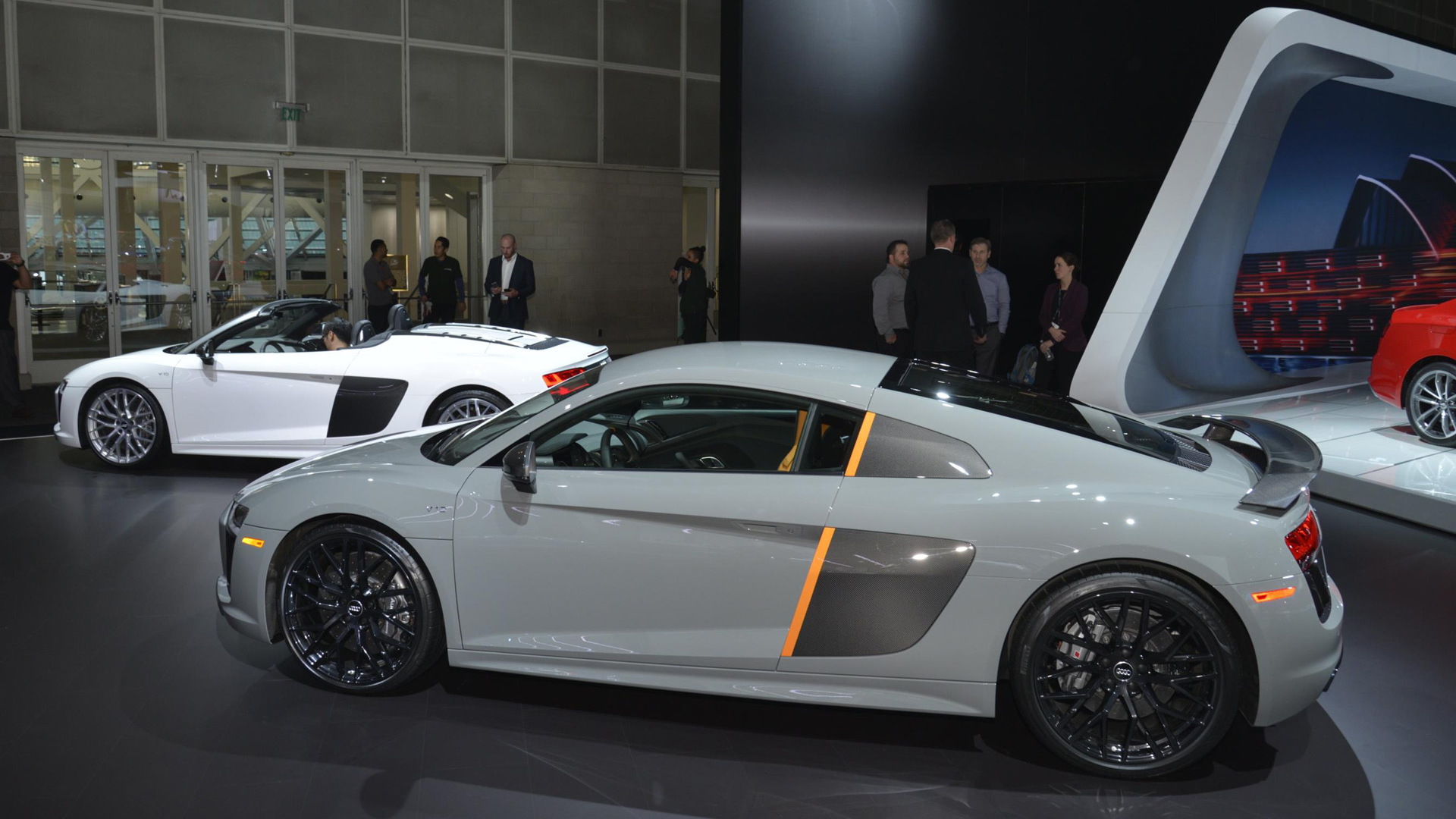 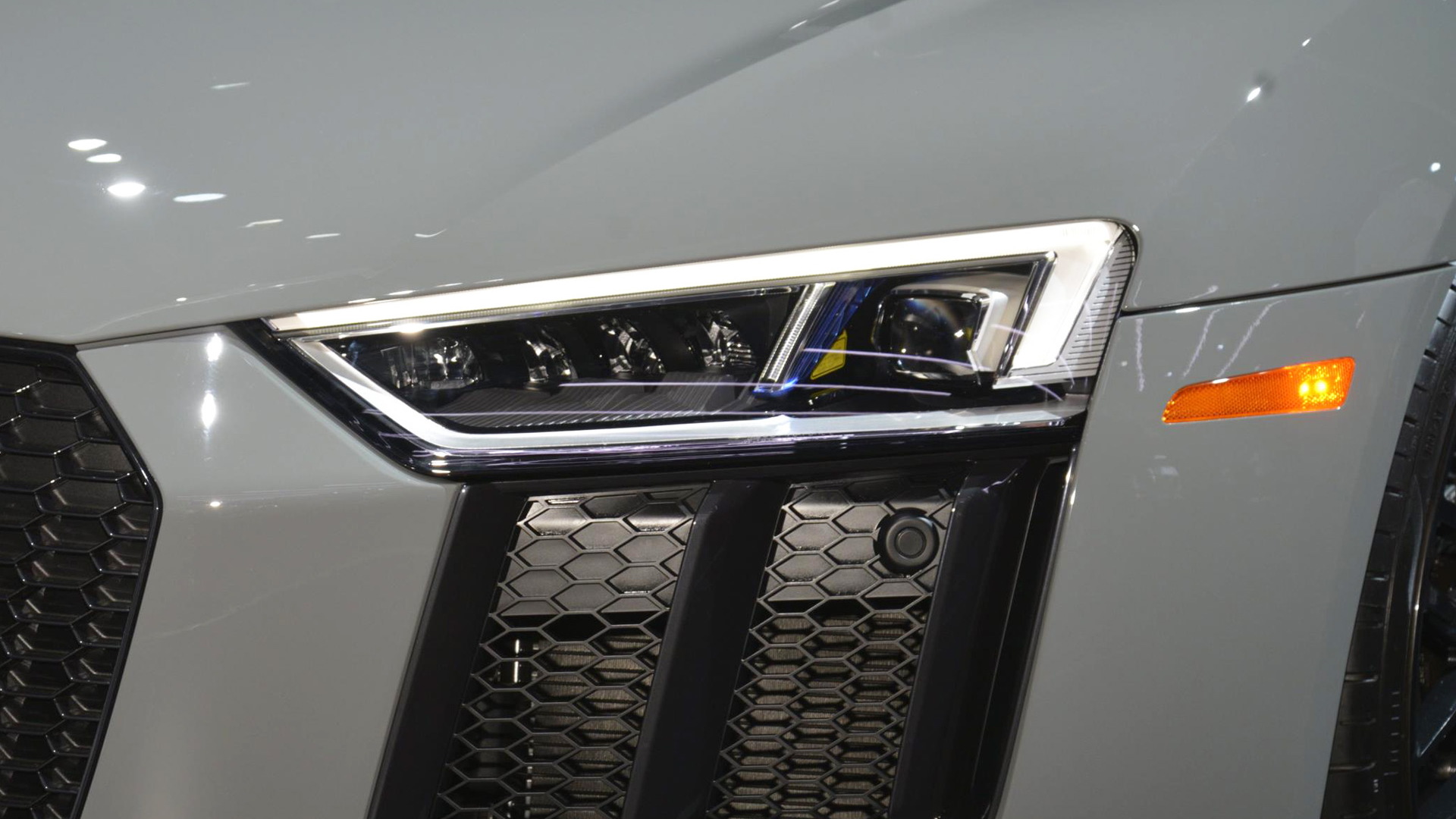 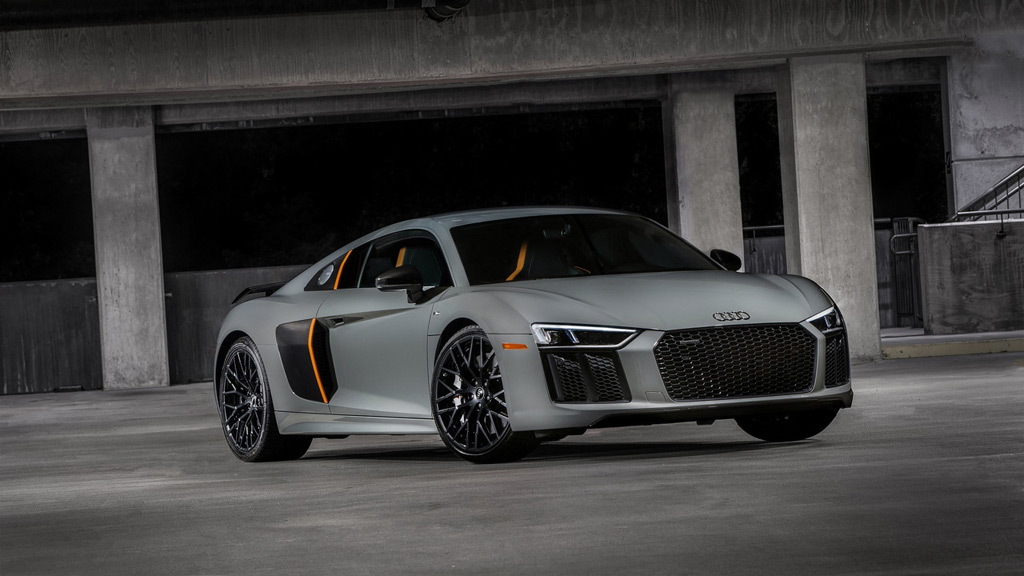 In 2014 we saw Audi introduce the R8 LMX special edition. The car featured laser lights for its high beams but was never offered in the United States.

Audi has now revealed another R8 special edition equipped with laser lights and this one has been developed for our market.

It’s called the R8 V10 Plus Exclusive Edition and can easily be spotted by its Quantum Gray exterior with yellow accents. Just 25 will be built and once again the lasers will only be for the high beams. The low beams and daytime running lights will be LEDs.

Compared to LEDs, laser lights have a greater intensity, lower energy consumption and a more defined light path. They can light up the road as far as 600 meters ahead or about double the range of LEDs. An identifying characteristic is their blue light signature in the headlight housing.

Beyond the laser lights, the R8 V10 Plus Exclusive Edition comes with carbon fiber seats, carbon-ceramic brakes, and carbon fiber aero elements including a fixed rear wing. The wheels are a 20-inch set with an anthracite finish.

The car also benefits from a ton of goodies from the Audi Exclusive personalization department. The list includes leather trim, a quilted Alcantara headliner, door sills with a “one of 25” script, an Alcantara-lined trunk, and an “R8” logo light beam for the doors.

The powertrain is the familiar 5.2-liter V-10 spitting out 610 horsepower and 413 pound-feet of torque. Paired with a 7-speed dual-clutch transmission, the engine will see the car sprint to 60 mph in 3.2 seconds and max out at 205 mph.

The R8 V10 Plus Exclusive Edition is available to order now and is priced from $230,450, including a $1,250 destination charge. Audi presented it for the first time at the 2016 Los Angeles auto show on Wednesday. To learn about some of the other cars that debuted at the show, head to our dedicated hub.