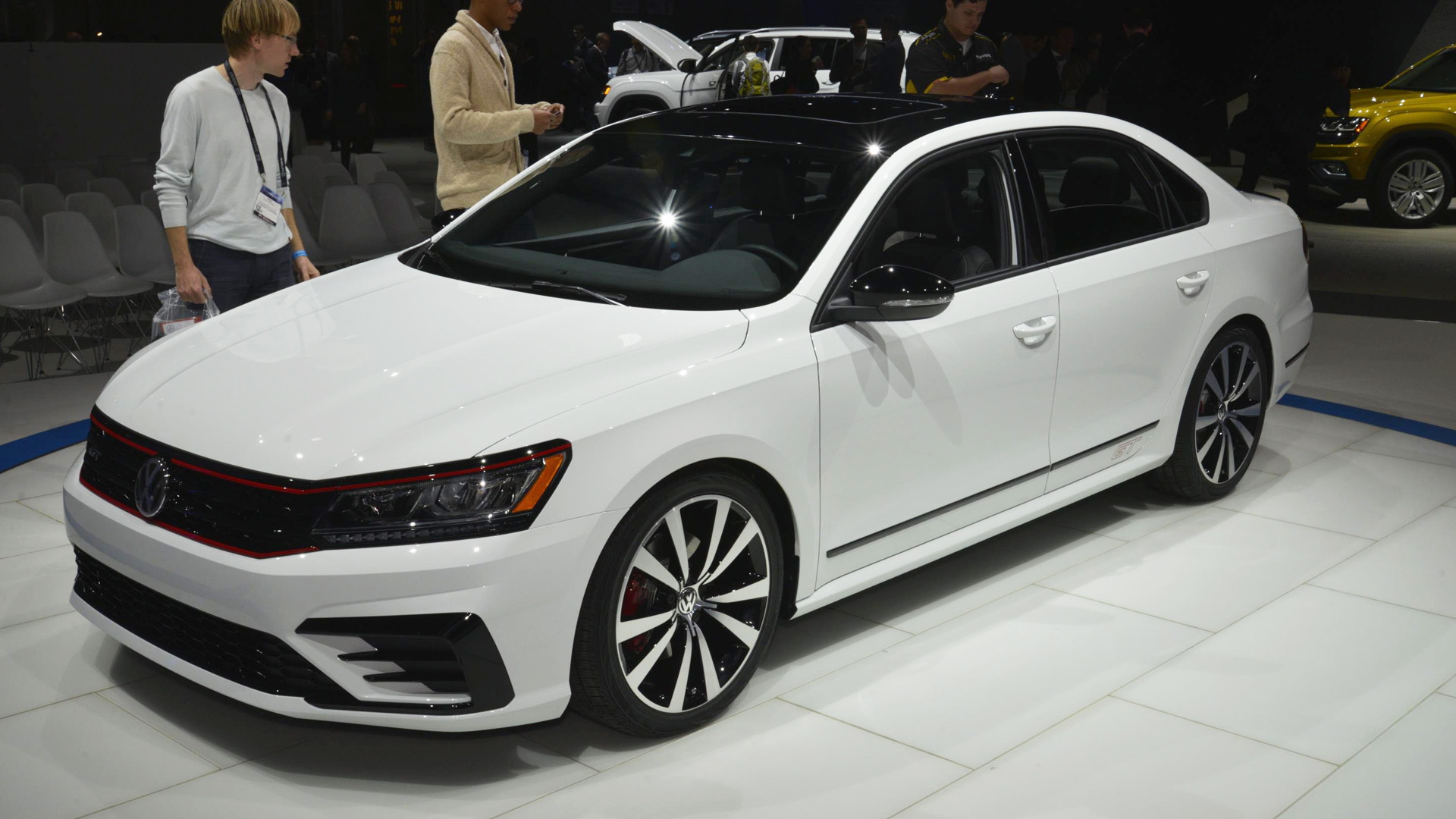 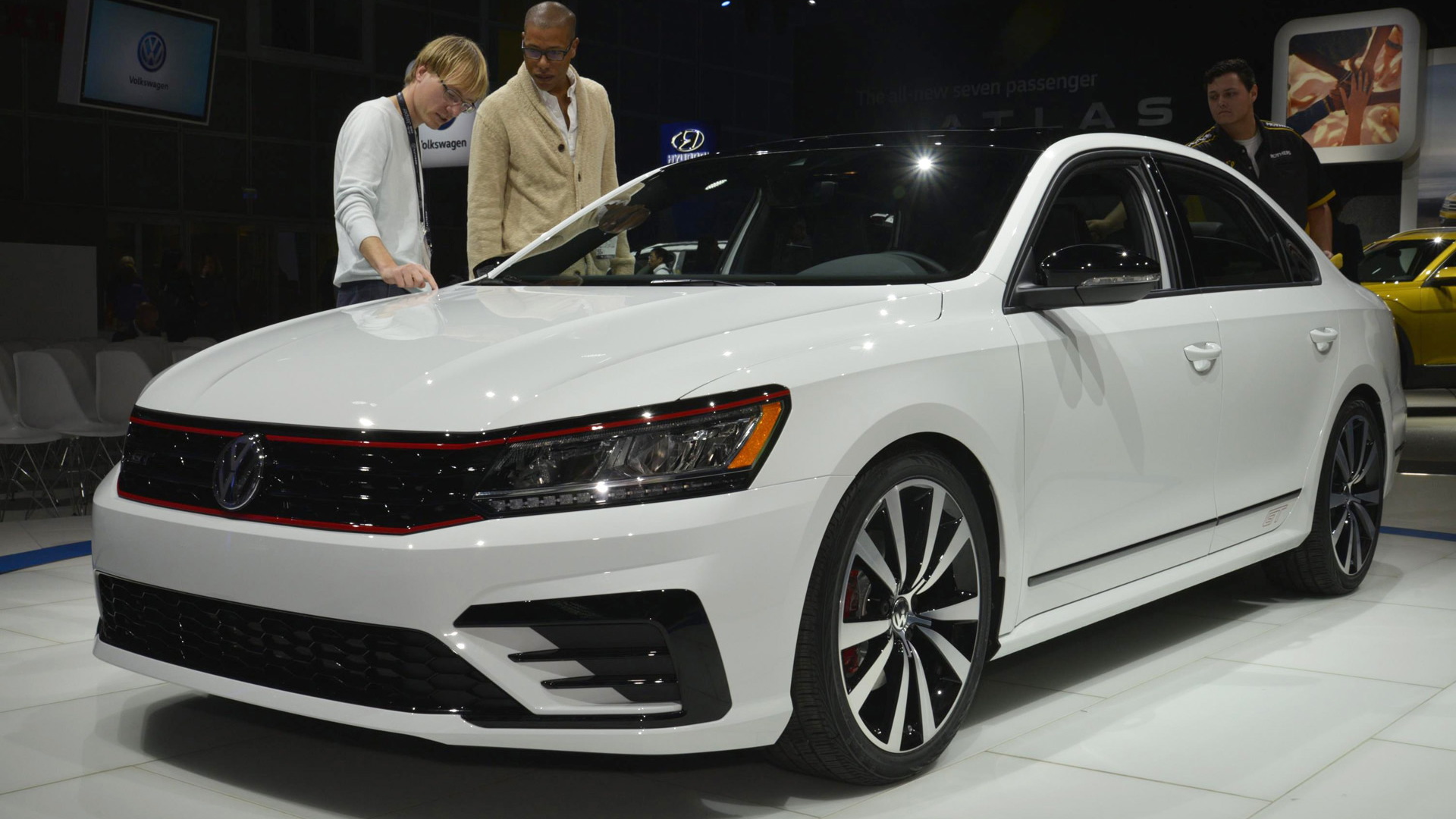 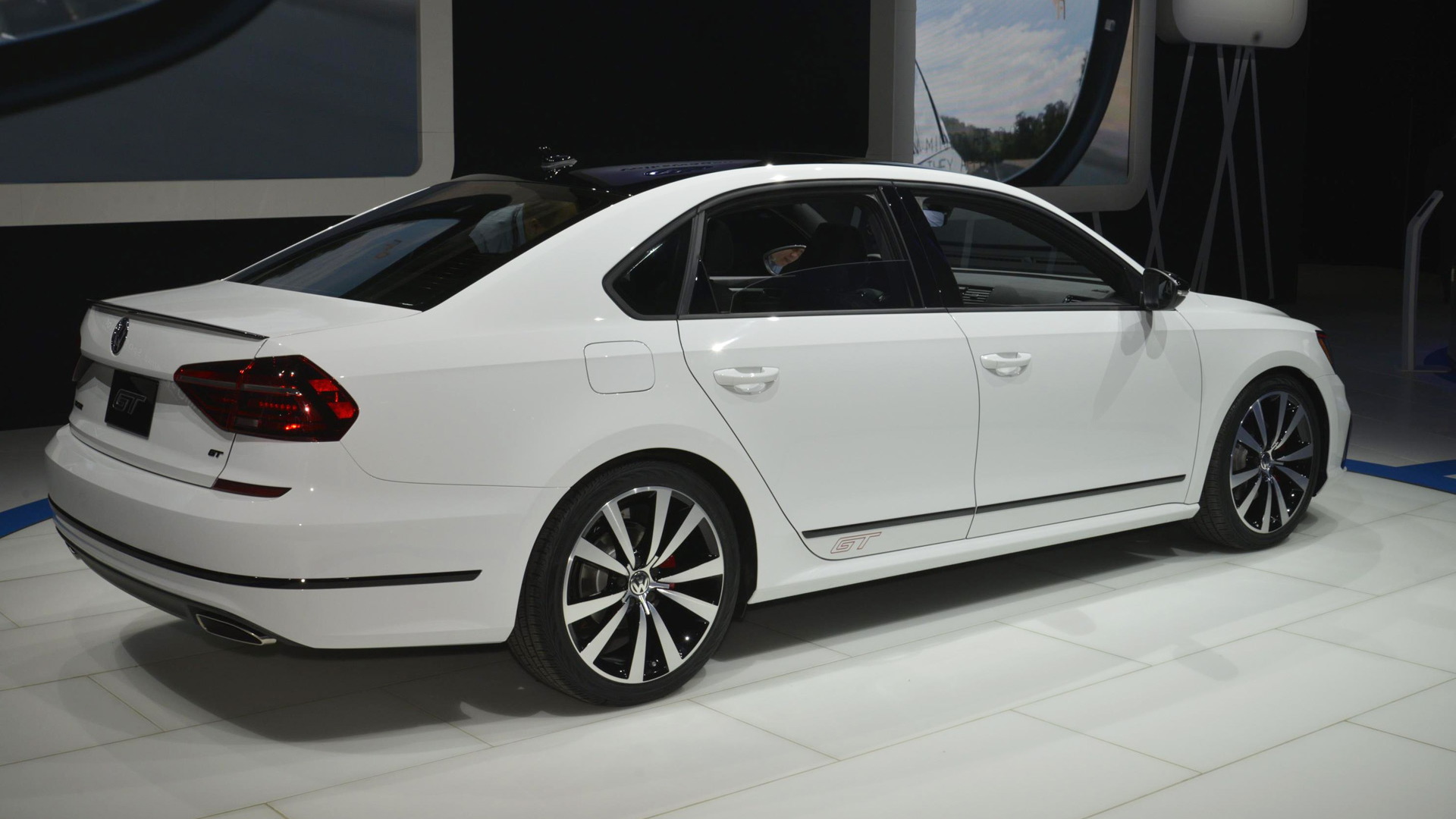 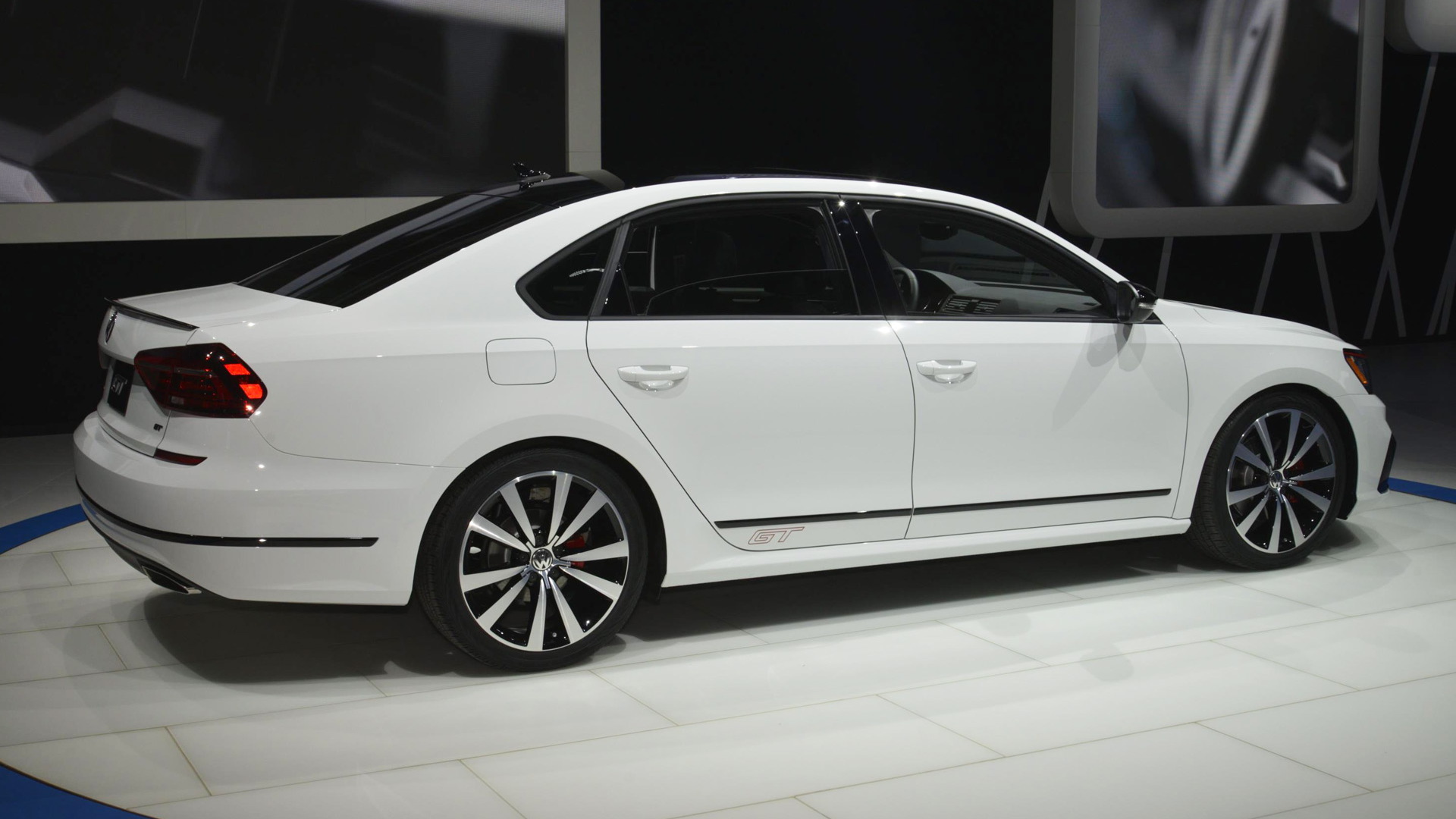 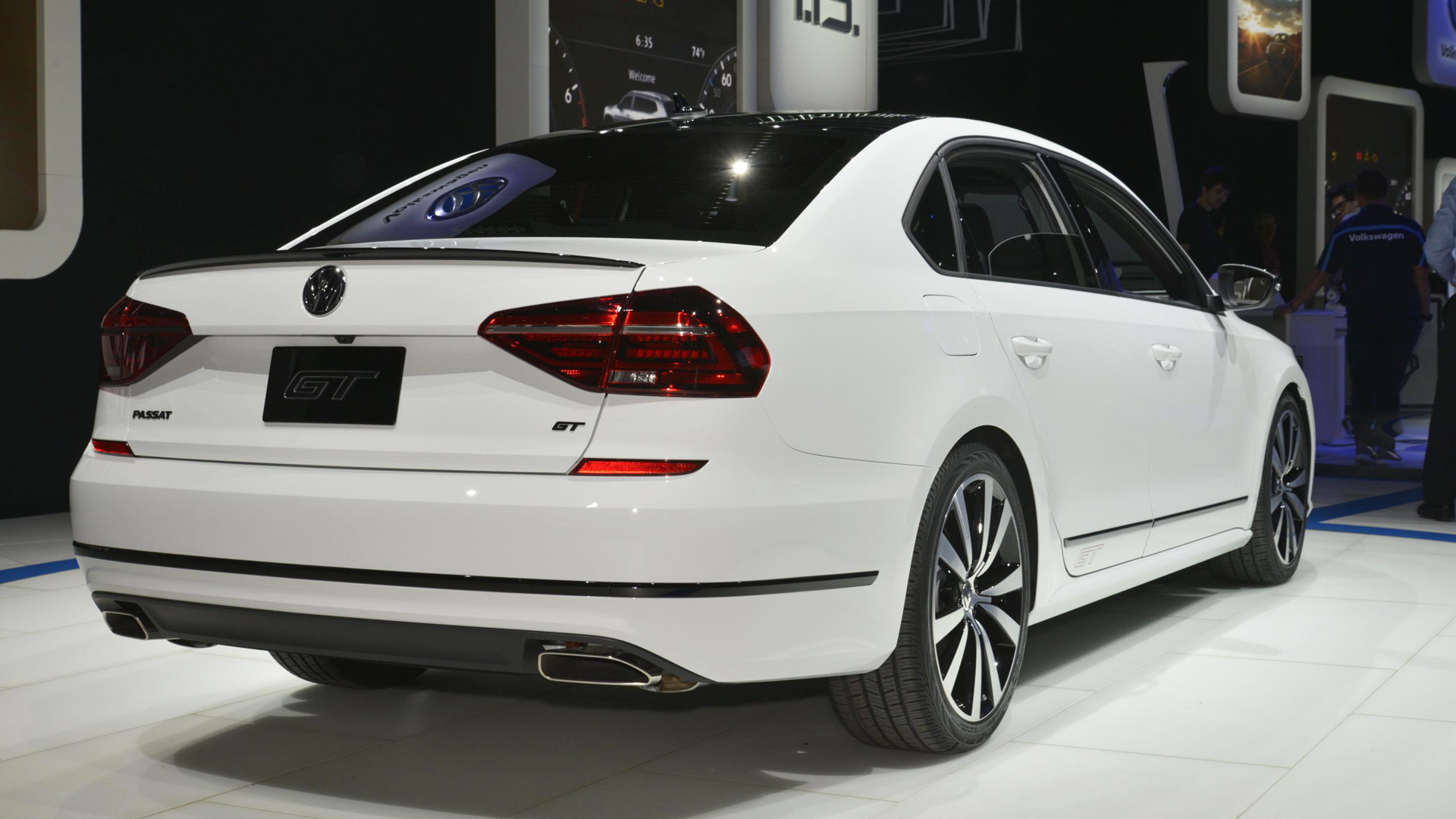 Volkswagen has let its North American engineering team cook up something interesting for the 2016 Los Angeles auto show, on this week.

That something arrived in the shape of a Passat, and it came bearing GT badging. It's called the Passat GT and it's just a concept at this point, but we're guessing the green light is going to come for this seemingly production ready, near-R potential family sedan.

Under the hood you'll find VW's familiar 3.6-liter V-6 that produces 280 horsepower and is paired with a 6-speed dual-clutch transmission. There are paddle shifters for manual control of the trans, and drive is to the front wheels only.

The Passat GT wears a nose very similar to the one found on the GTI, in that it has red accent lines running along a honeycomb grille. On this sedan, you also get unique fascia treatments, black window surrounds, a black roof, and a trunk spoiler.

The concept has been lowered by 0.6 inches and a set of 19-in wheels sit at each corner.  Further aiding in the styling department are the addition of LED headlights, smoked taillights, and dual-exhaust tips that connects to a muffler making better noise than the standard car. There's also a "GT" badge that we're sure Ford Motor Company [NYSE:F] won't be too keen on.

VW hasn't mentioned production just yet, though the Passat GT concept clearly highlights a potentially more potent Passat that should find its way to production eventually.

“The Passat GT is an early example of how the new Volkswagen North American Region will meet the needs and desires of American customers going forward,” said Matthias Erb, who heads VW’s engineering team in North America.