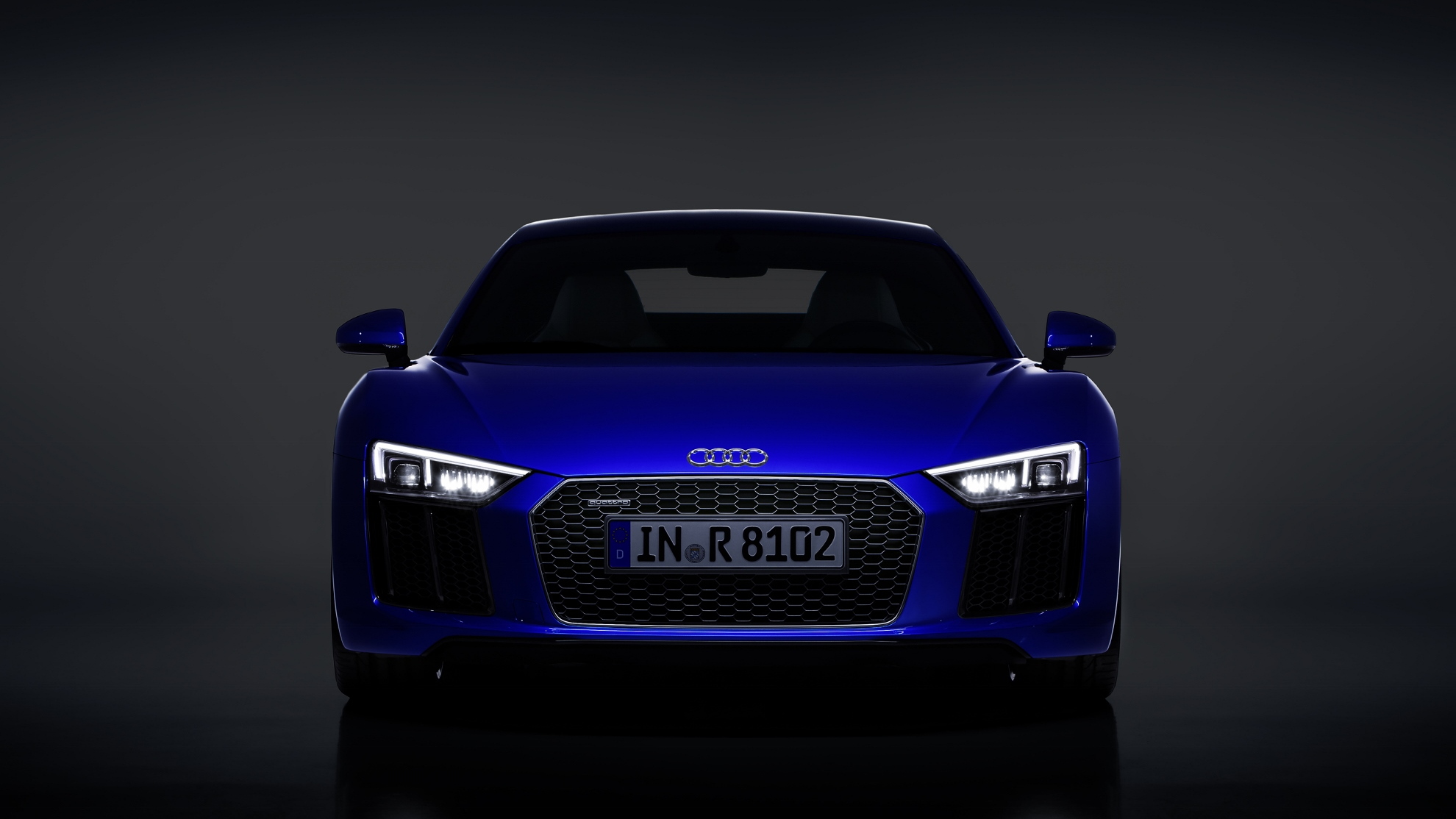 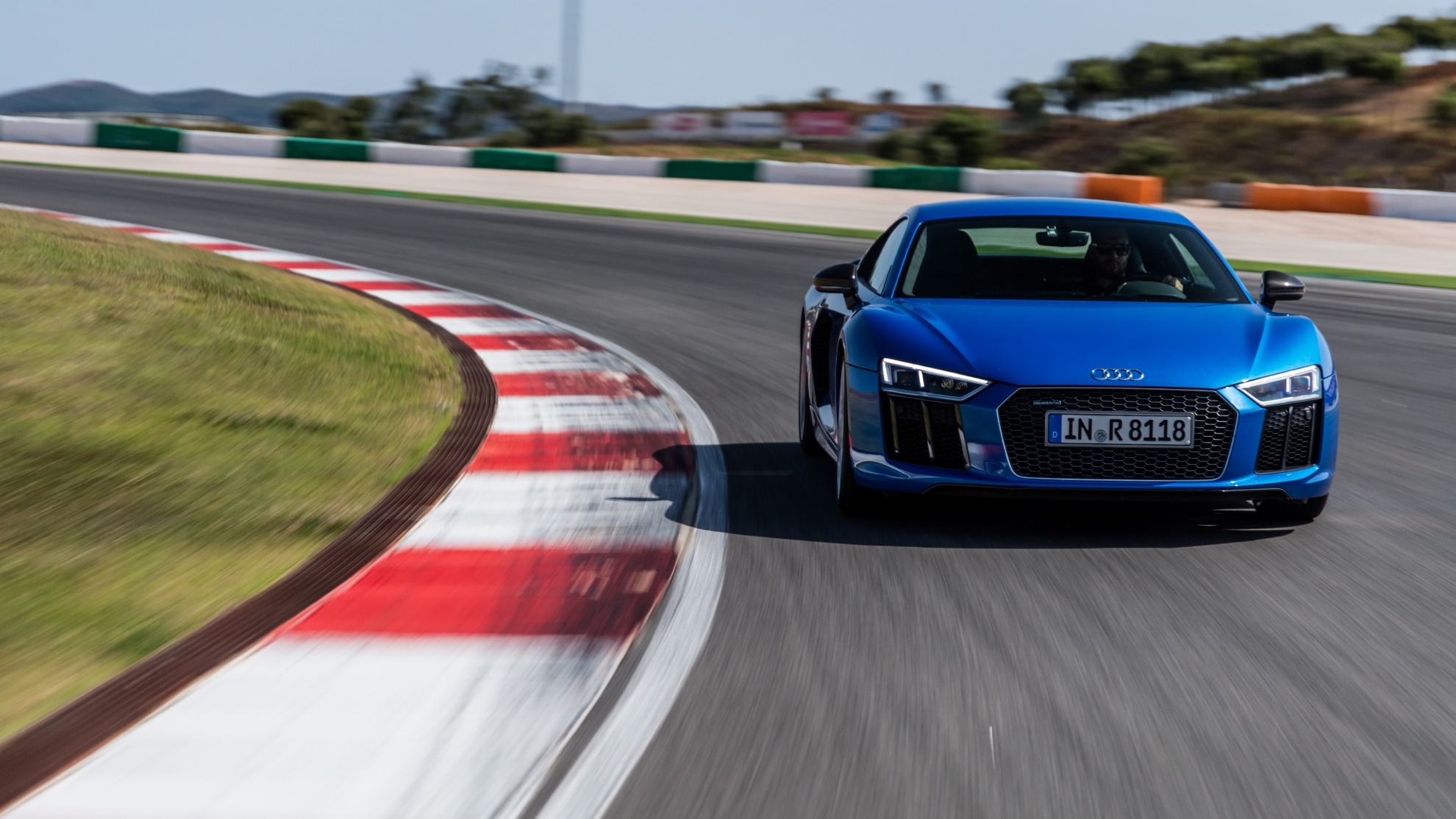 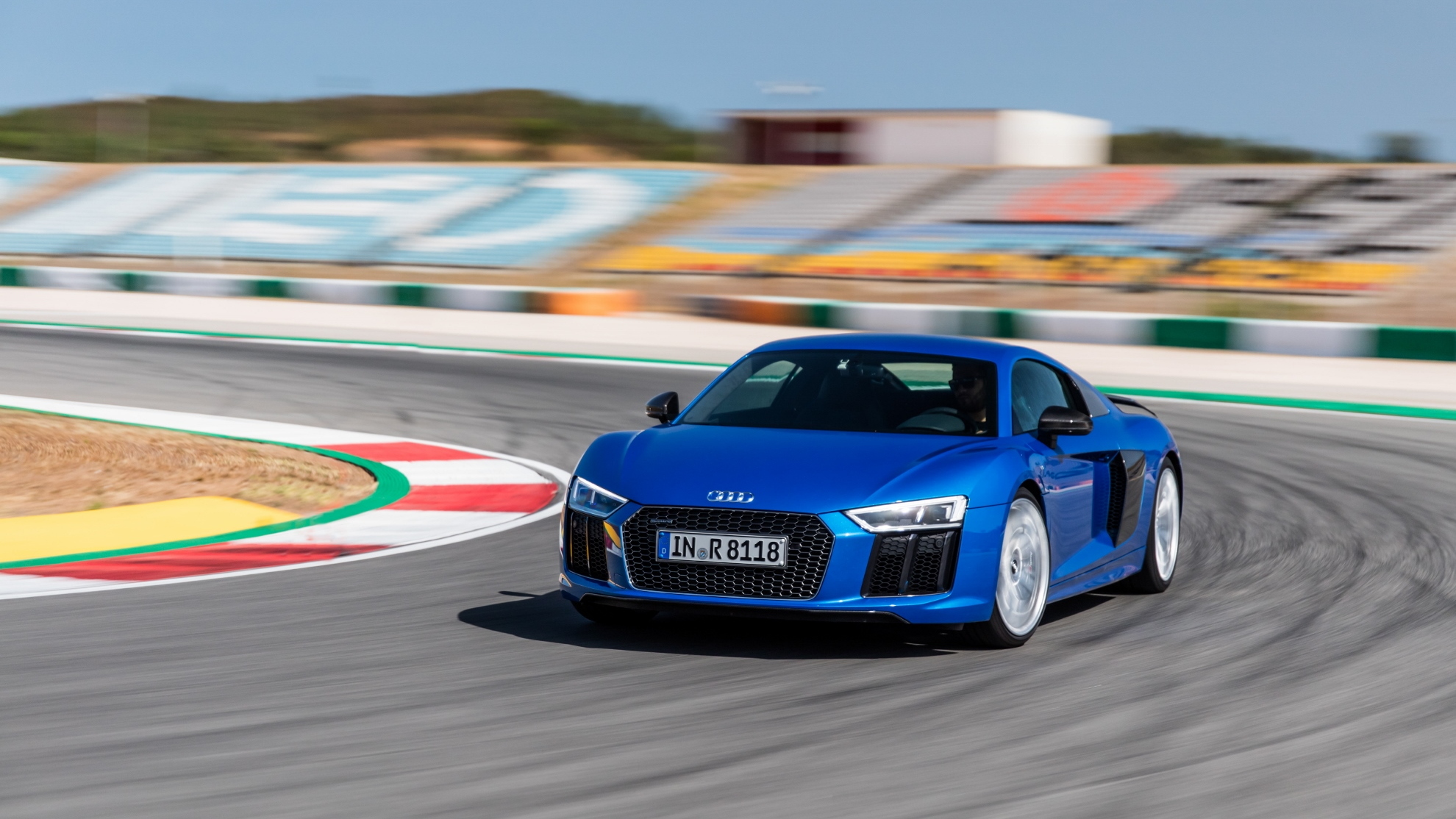 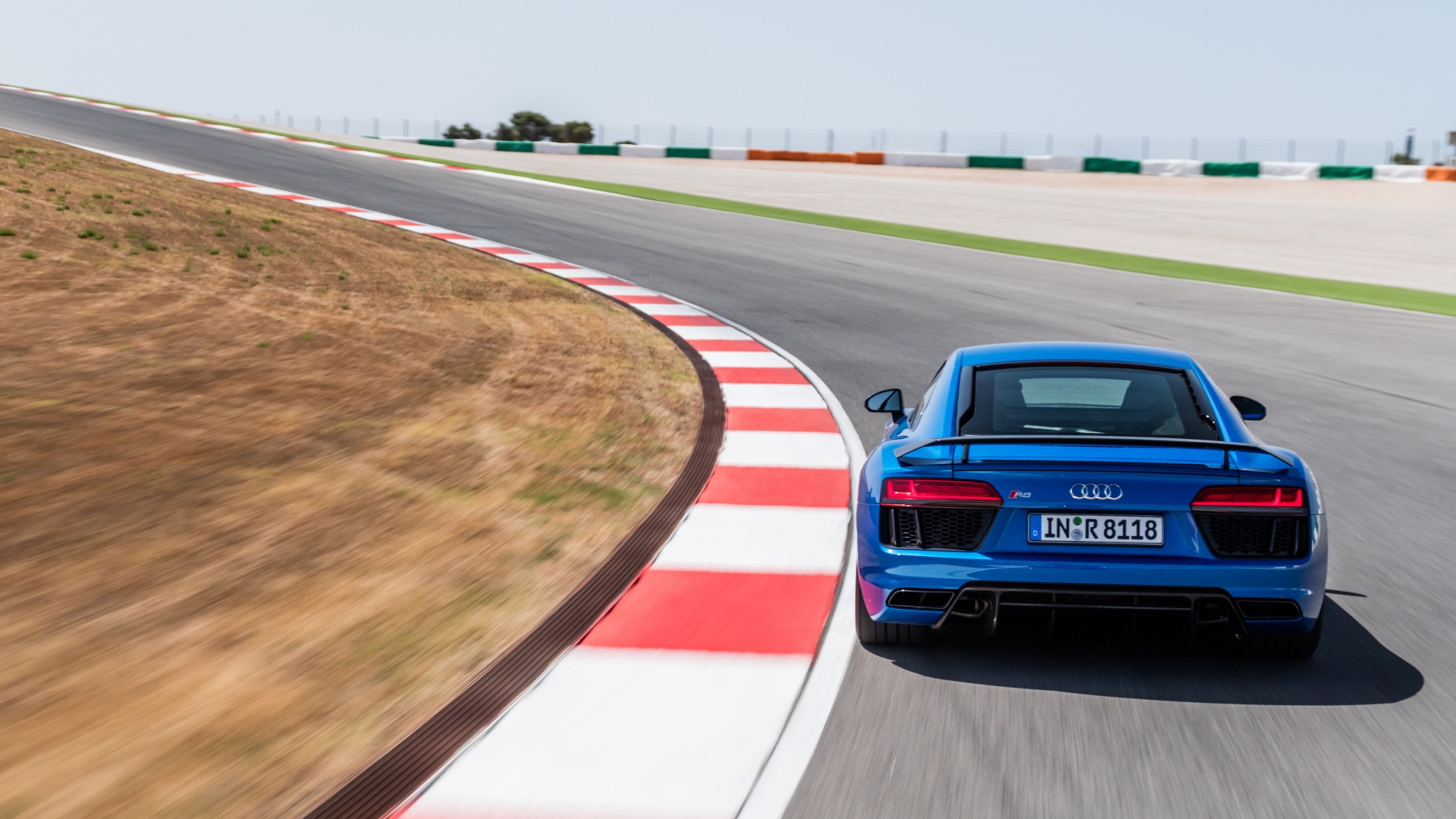 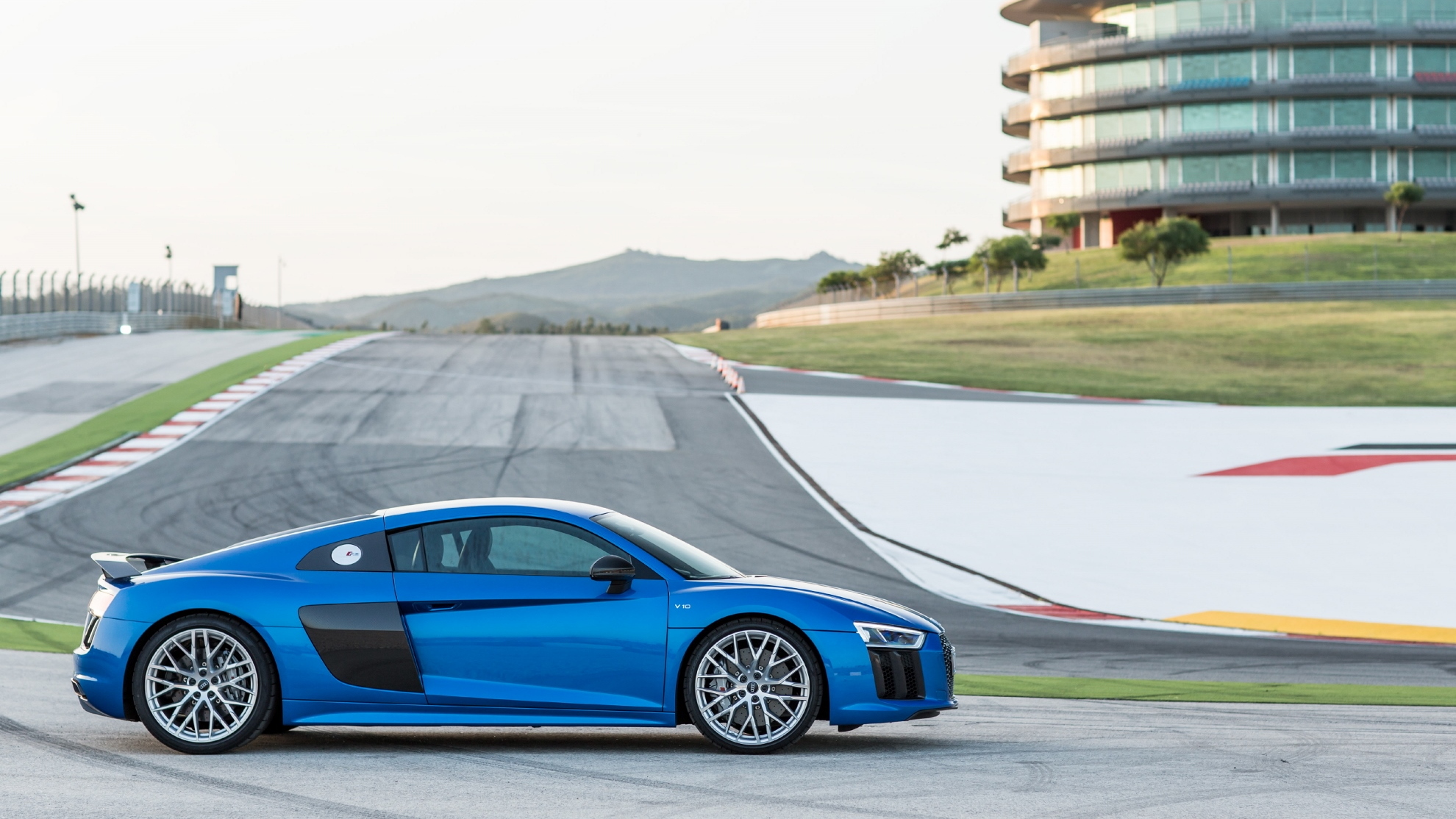 As part of the 2017 R8 press launch in Portimao, Portugal, last week, Audi invited journalists to drive its updated supercar at night on the Algarve International Circuit. The idea was to show off the R8's fancy new LED headlights with laser spot technology. Instead, our laps in the dark proved to be equal parts exhilarating and, well, terrifying.

The Algarve Circuit is a 2.9-mile road course with several blind uphill corners that resolve into fast downhill stretches. In the daytime it is a challenging, technical track. In the dark, it's scary, especially for someone like me who had been around this track maybe eight times in total. That didn't leave enough time for me to commit every curve and nuance of the track to memory, so I had to rely on the headlights and the glowing cones that marked the braking, turn-in, and apex points to define the edges of the track.

Audi claims its LED headlights with laser spot double the range of normal high-beam headlights. Each headlight has four laser diodes that generate a single blue laser beam. A phosphorous converter turns the light white. The lasers are only active above 37.3 mph, and Audi employs an intelligent camera-based sensor system to recognize oncoming traffic and adjust the light pattern so it won't shine too harshly into the eyes of those drivers. While this lighting system has definite benefits, I certainly didn't recognize them while I was intently searching for the outline of the track. It probably doesn't matter anyway because, for now, these lights don't comply to United States regulations.

In the video above you can see how I dealt with driving on a dark track at night. I certainly didn't hit every apex perfectly, and I didn't carry as much speed as I would during the day, but I managed fairly well. As for the effectiveness of the laser lights, hell, I don't even know if the high beams were switched on. We'll have to wait for laser lights be become legal in the U.S. to provide more insight into their effectiveness. In the meantime, enjoy this crazy night-time racetrack romp in the 2017 Audi R8.