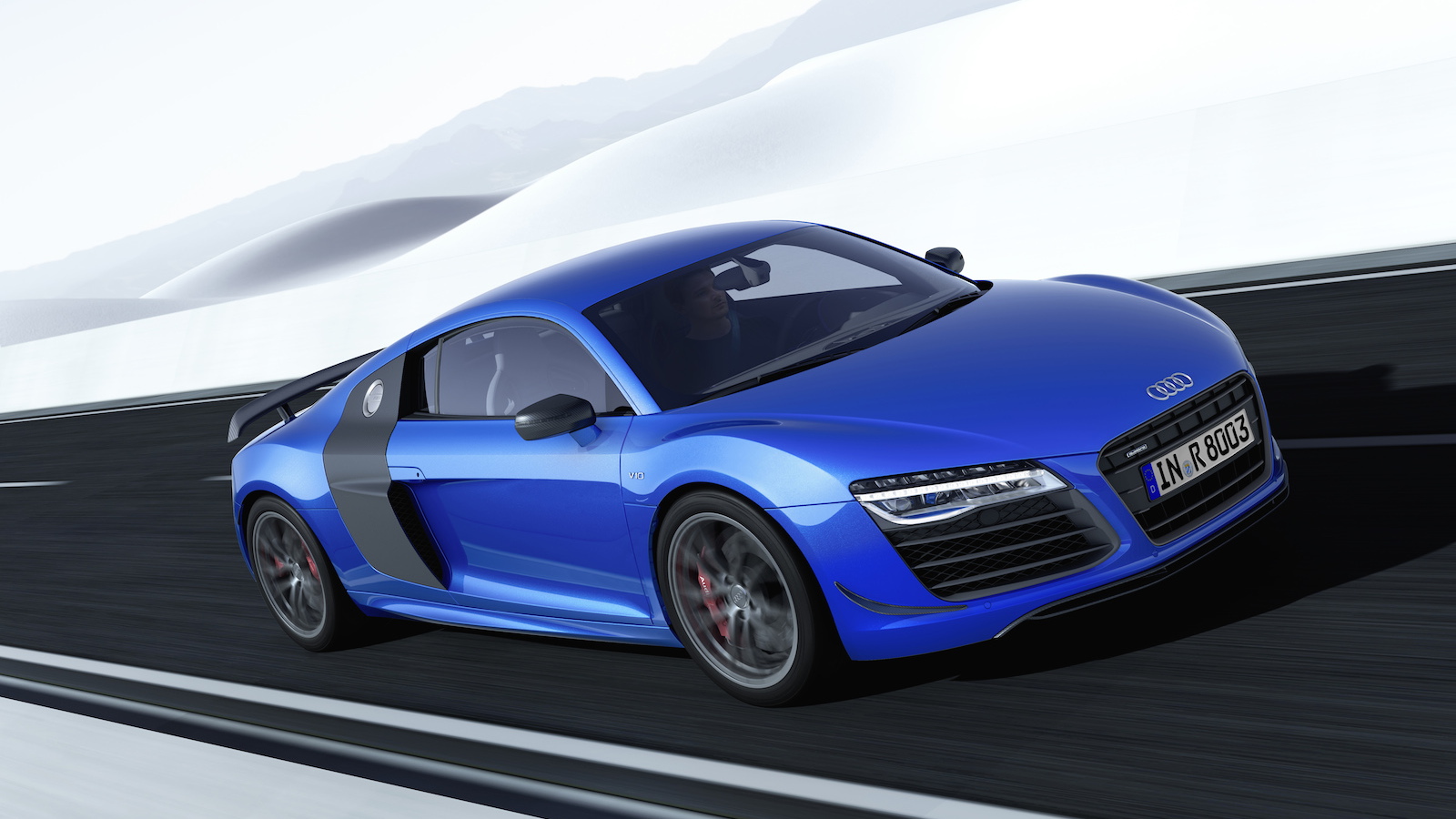 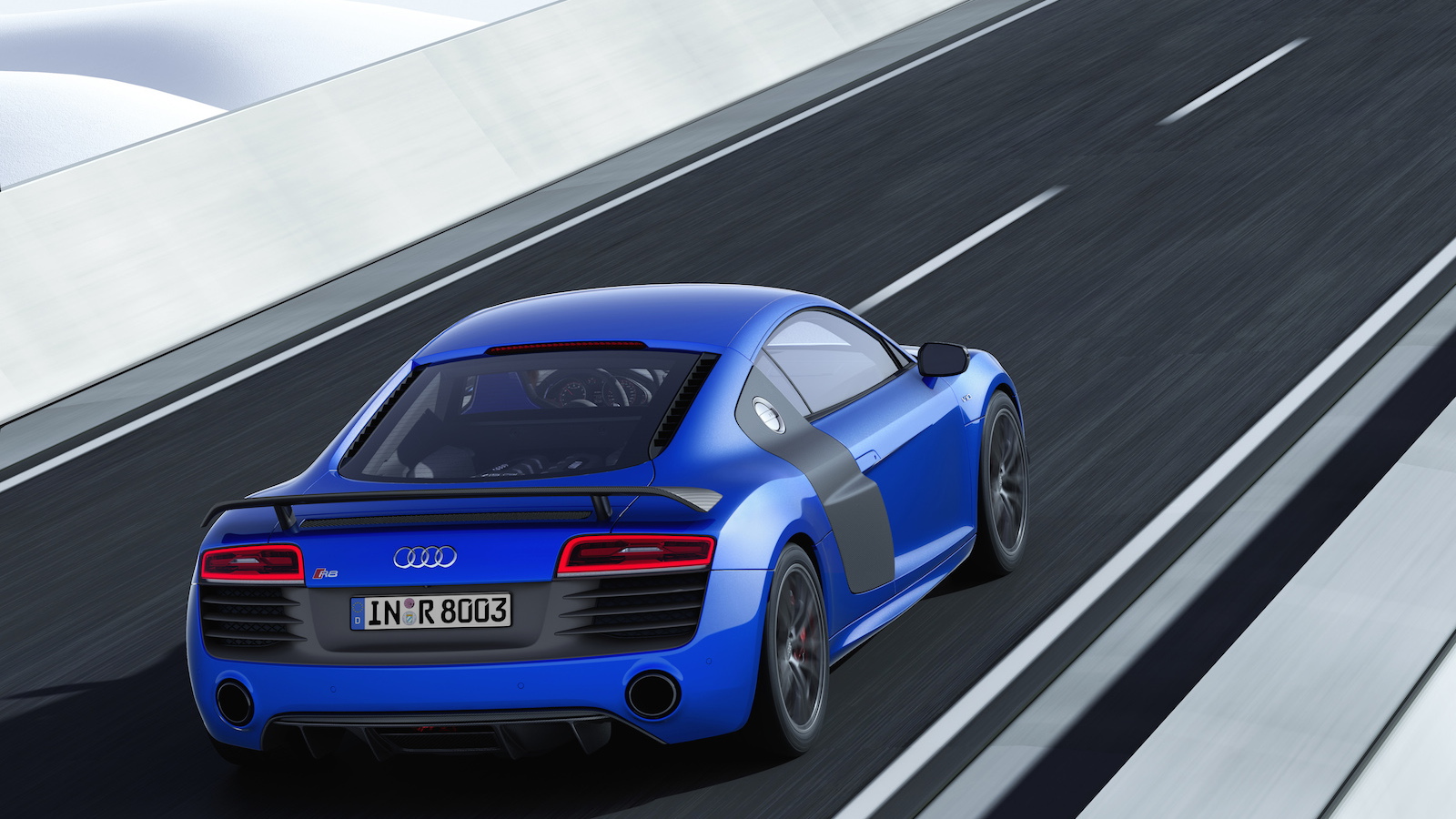 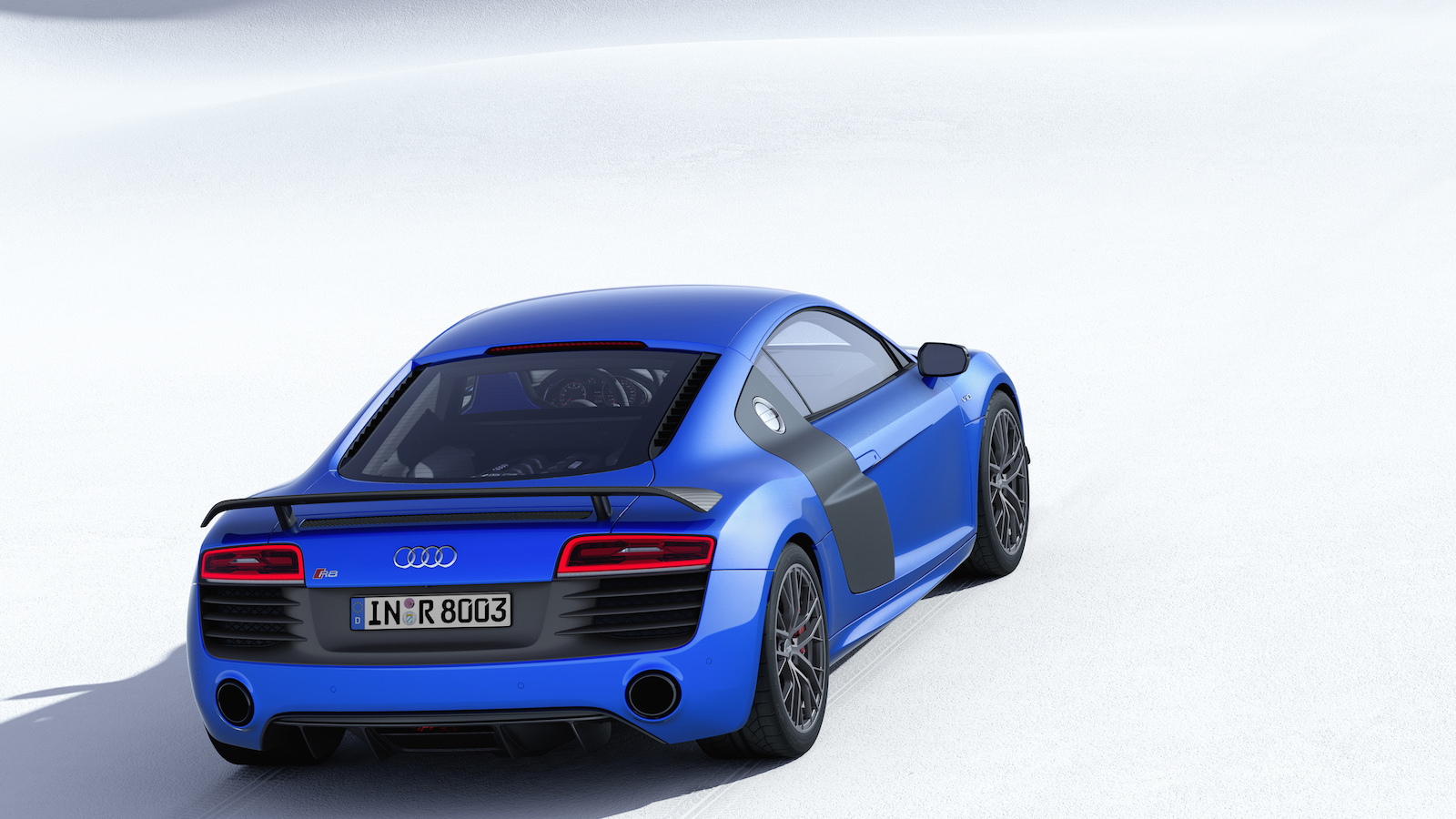 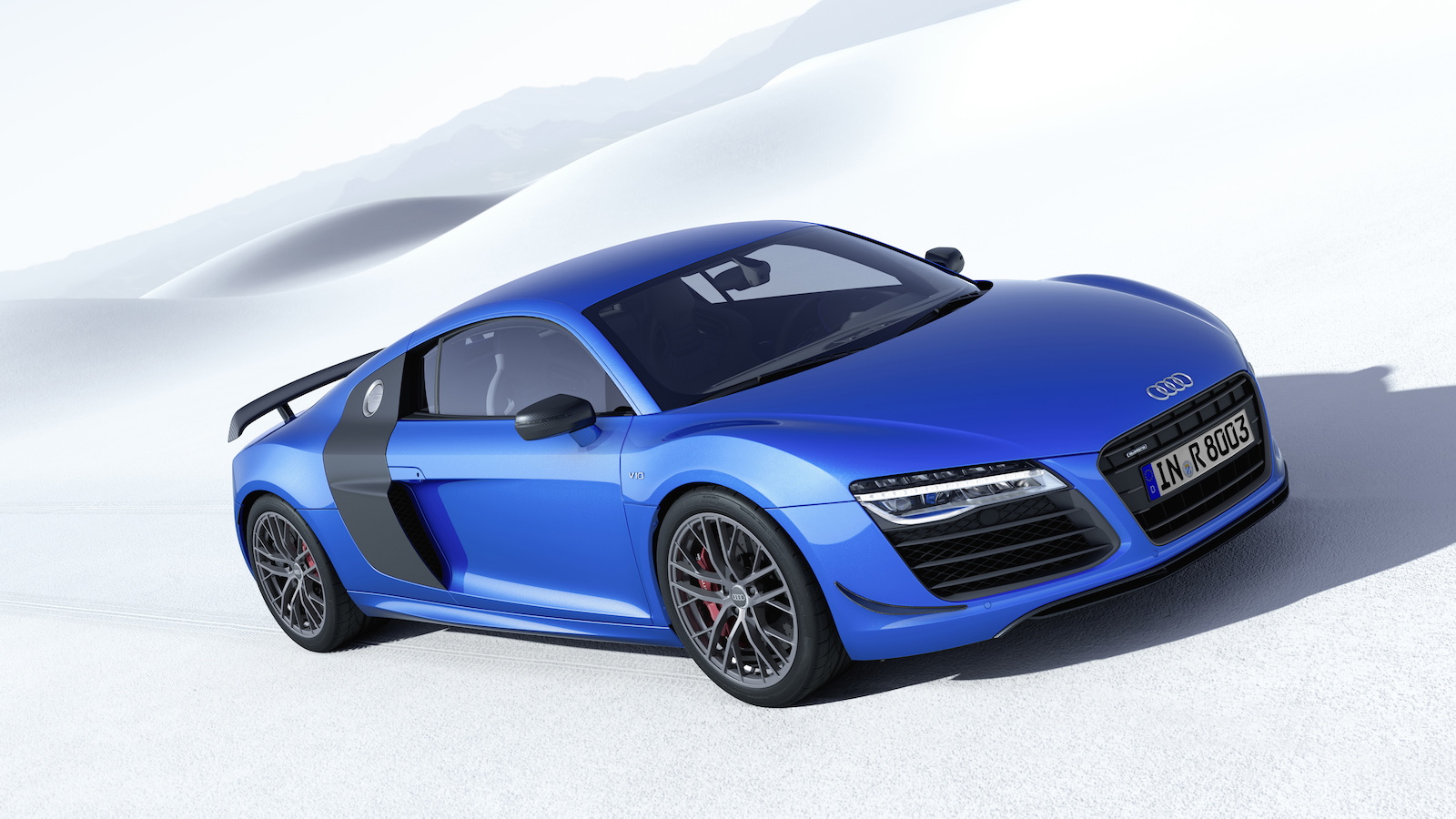 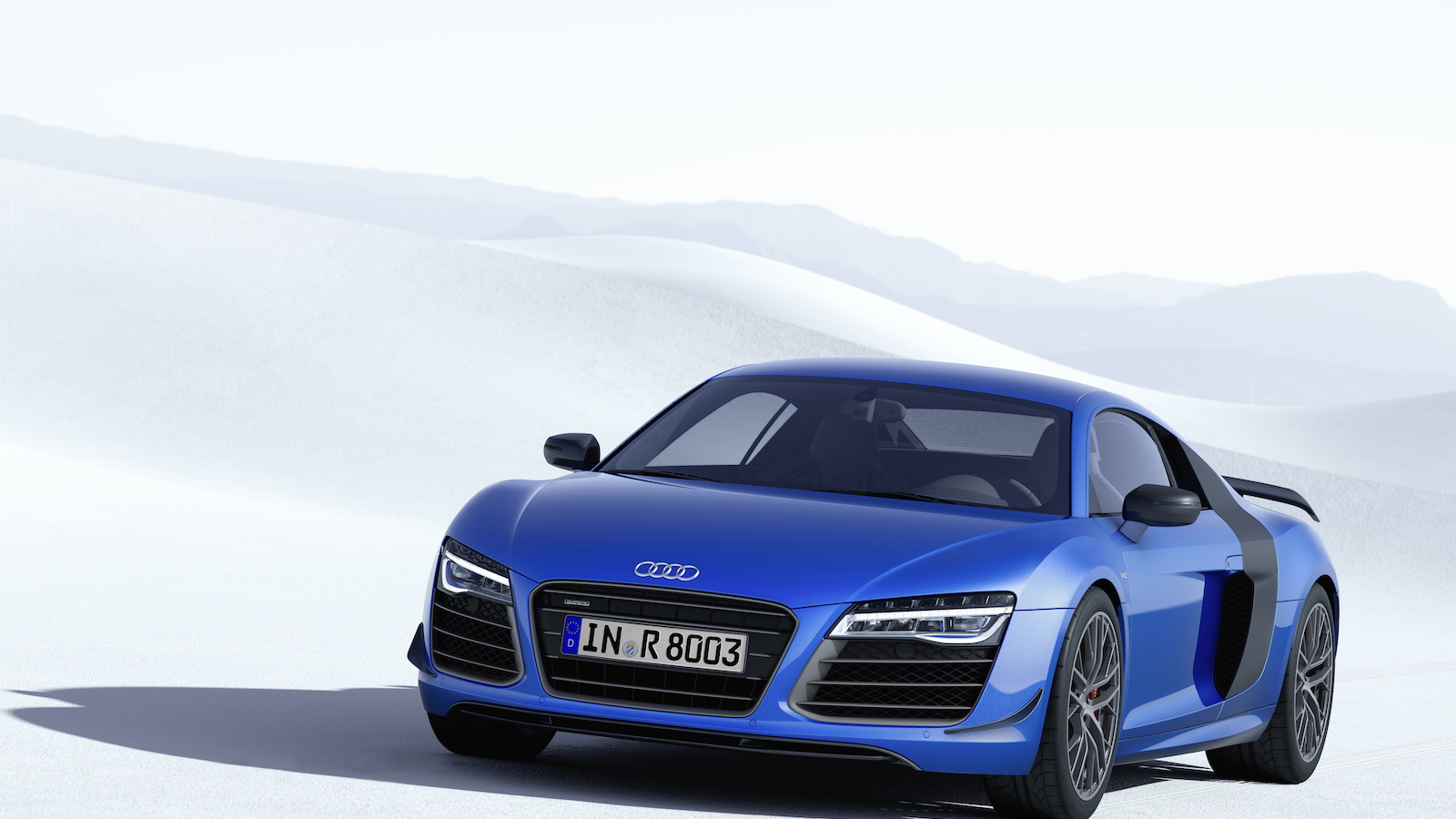 Well, both are first in a way: the BMW i8 offered laser high-beams before the R8 LMX did, but the i8’s are optional; the Audi R8 LMX comes with them standard—but also only as high beams.

Now that that’s (more or less) settled, on to the real news: Previously thought to be called an R8 GT Sport, the R8 LMX is more powerful, quicker, and sold as a limited edition. It’s due to arrive in Europe later this summer, but Audi hasn’t yet stated when, or even if, it will make it to the U.S.

For the LMX, a few visual distinctions also come into play, with the Ara Blue crystal-effect paint, a fixed rear spoiler, a front spoiler lip, a rear wing and diffuser, all made of carbon fiber reinforced polymer (CFRP) in a matte finish. A sport exhaust system wears gloss black tips.

The 2016 Audi R8 is due to hit the streets in production form soon, but until then, see what to expect with these spy shots of the car in testing.