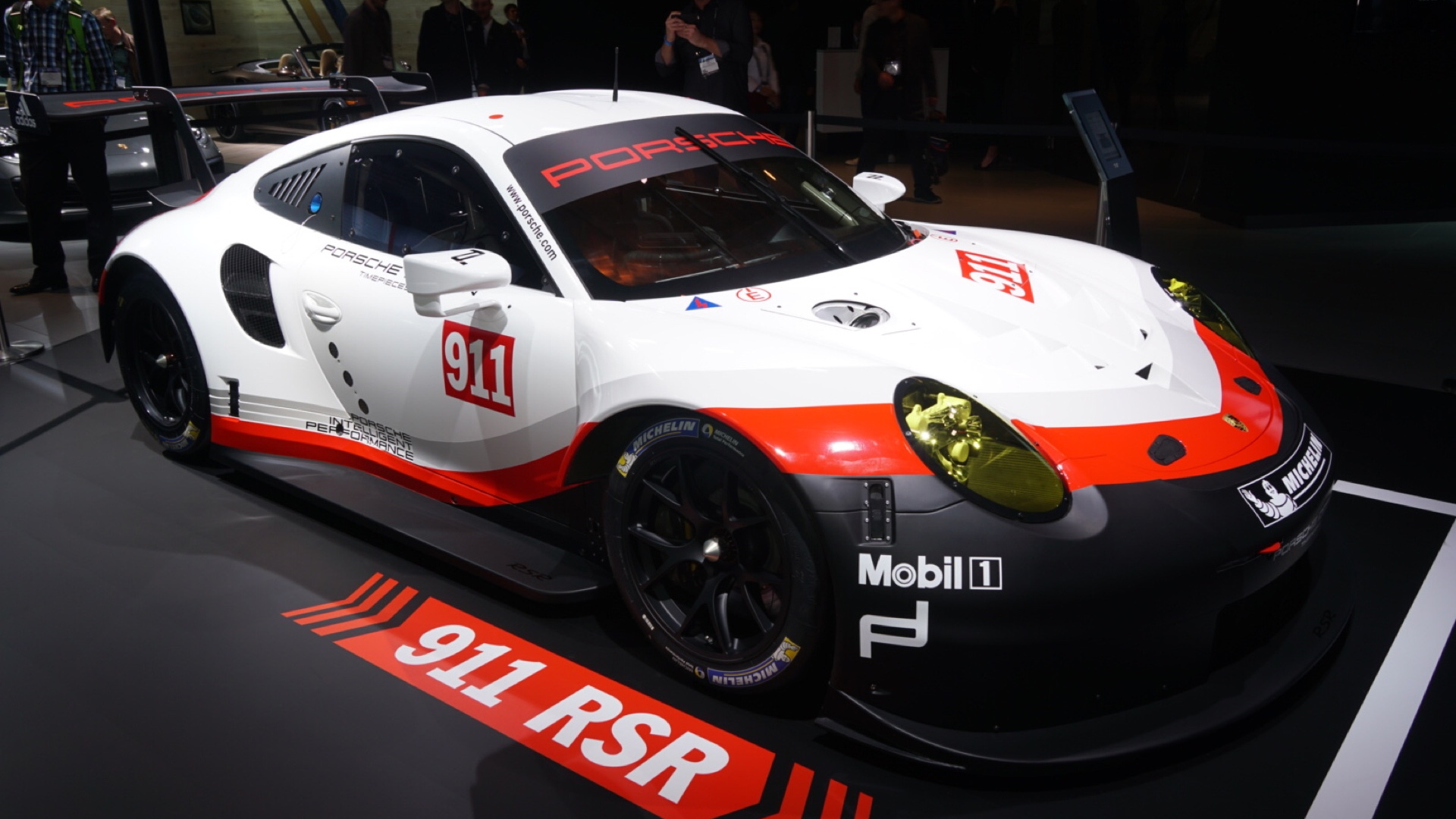 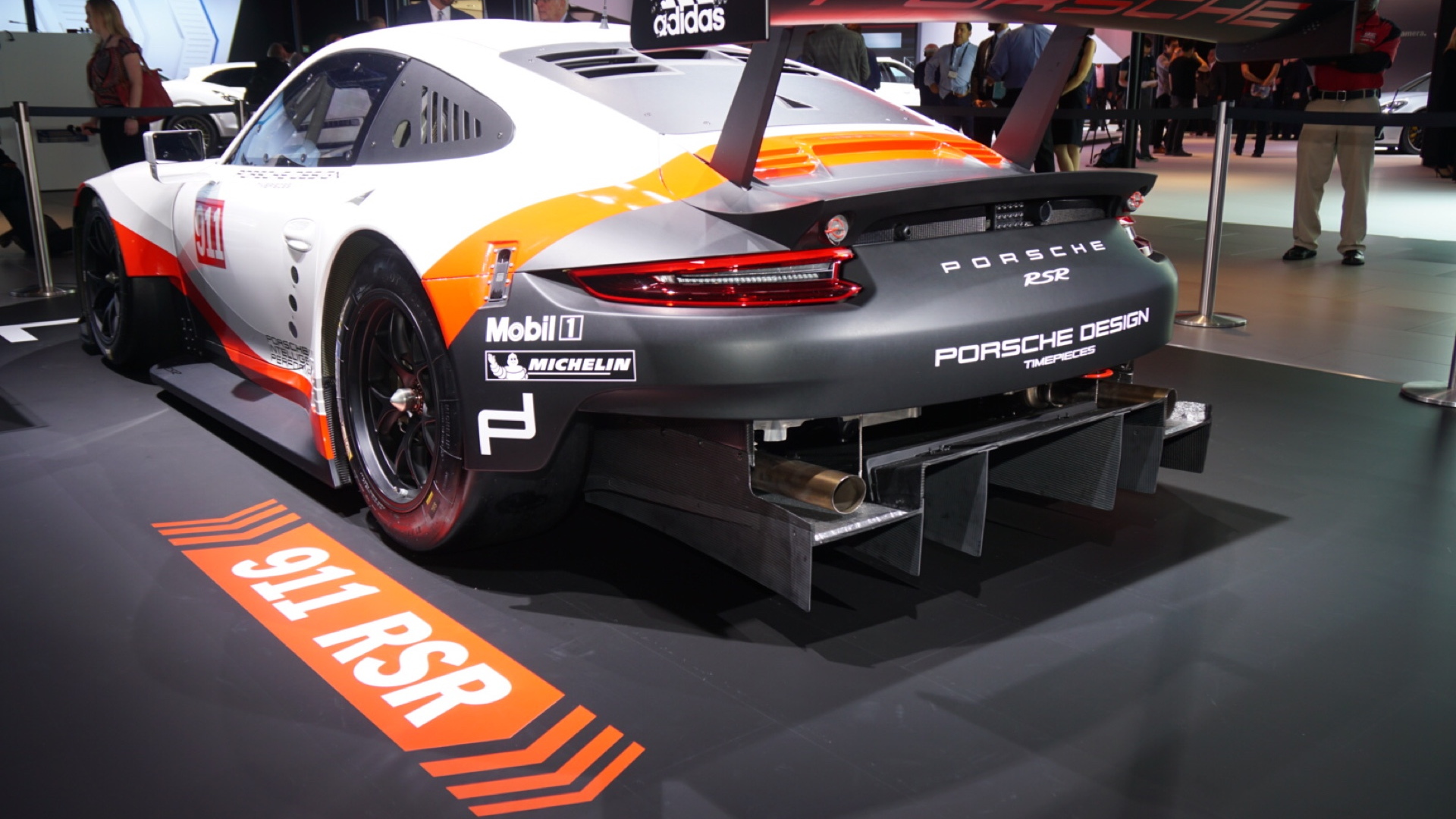 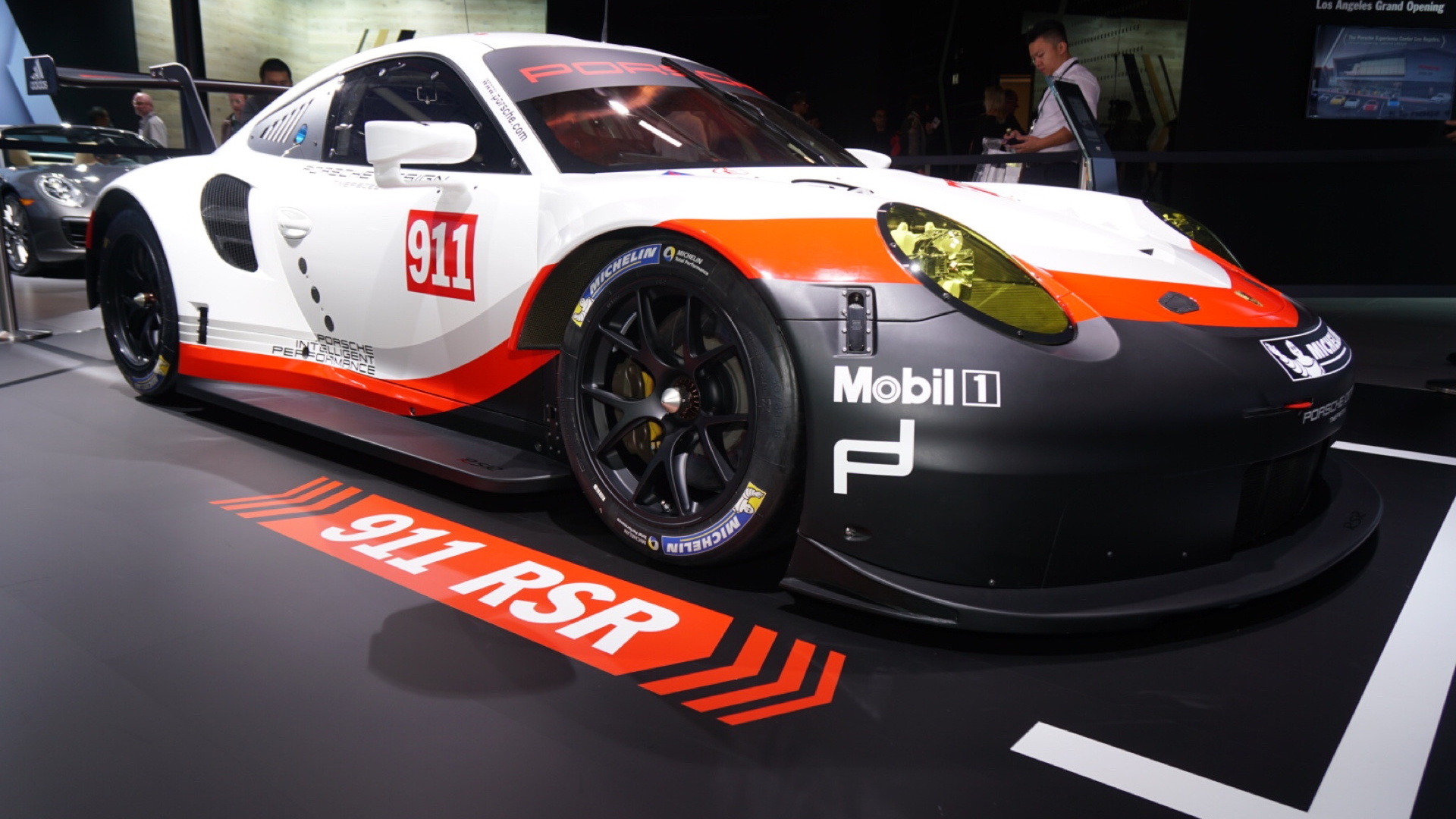 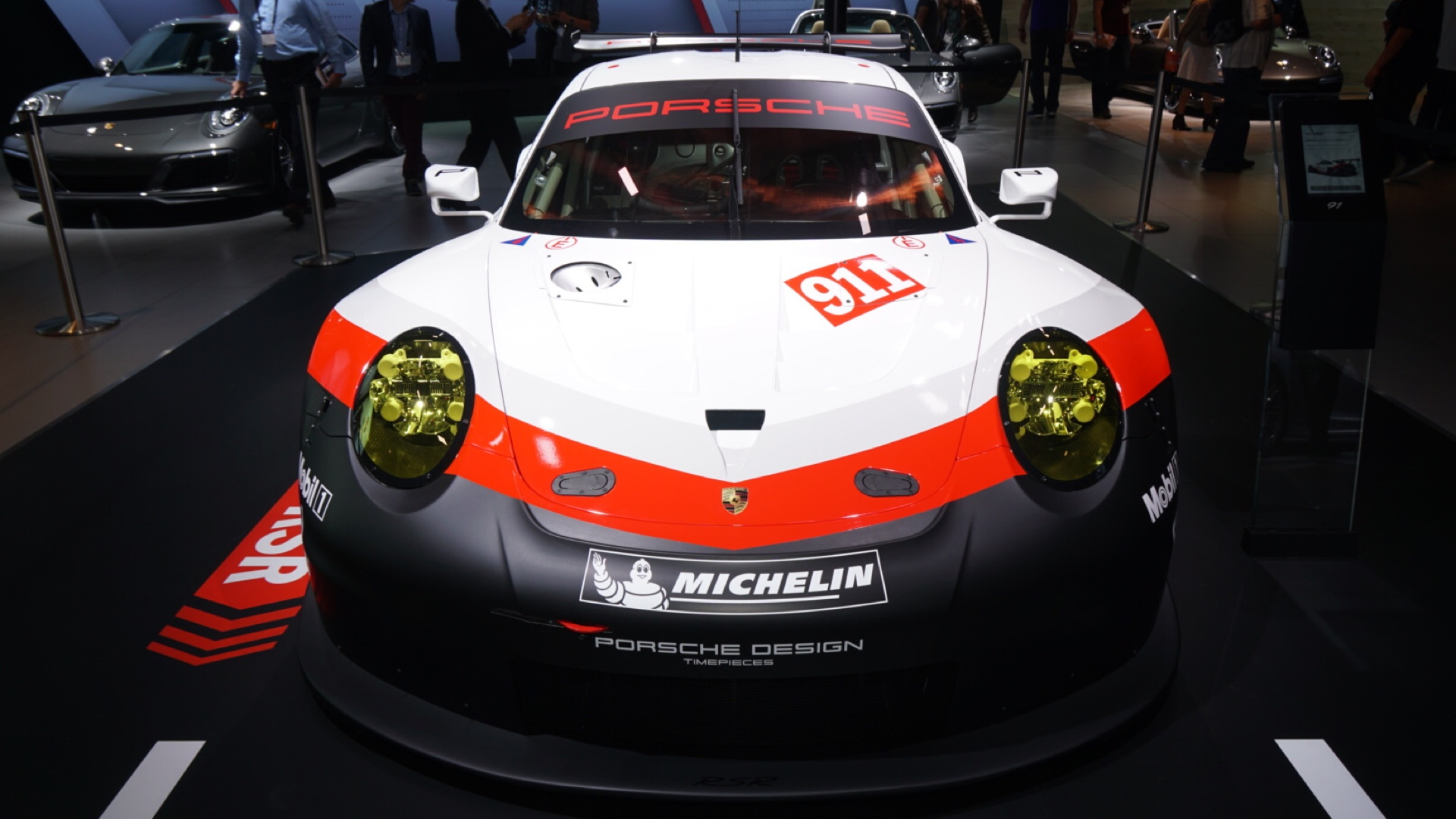 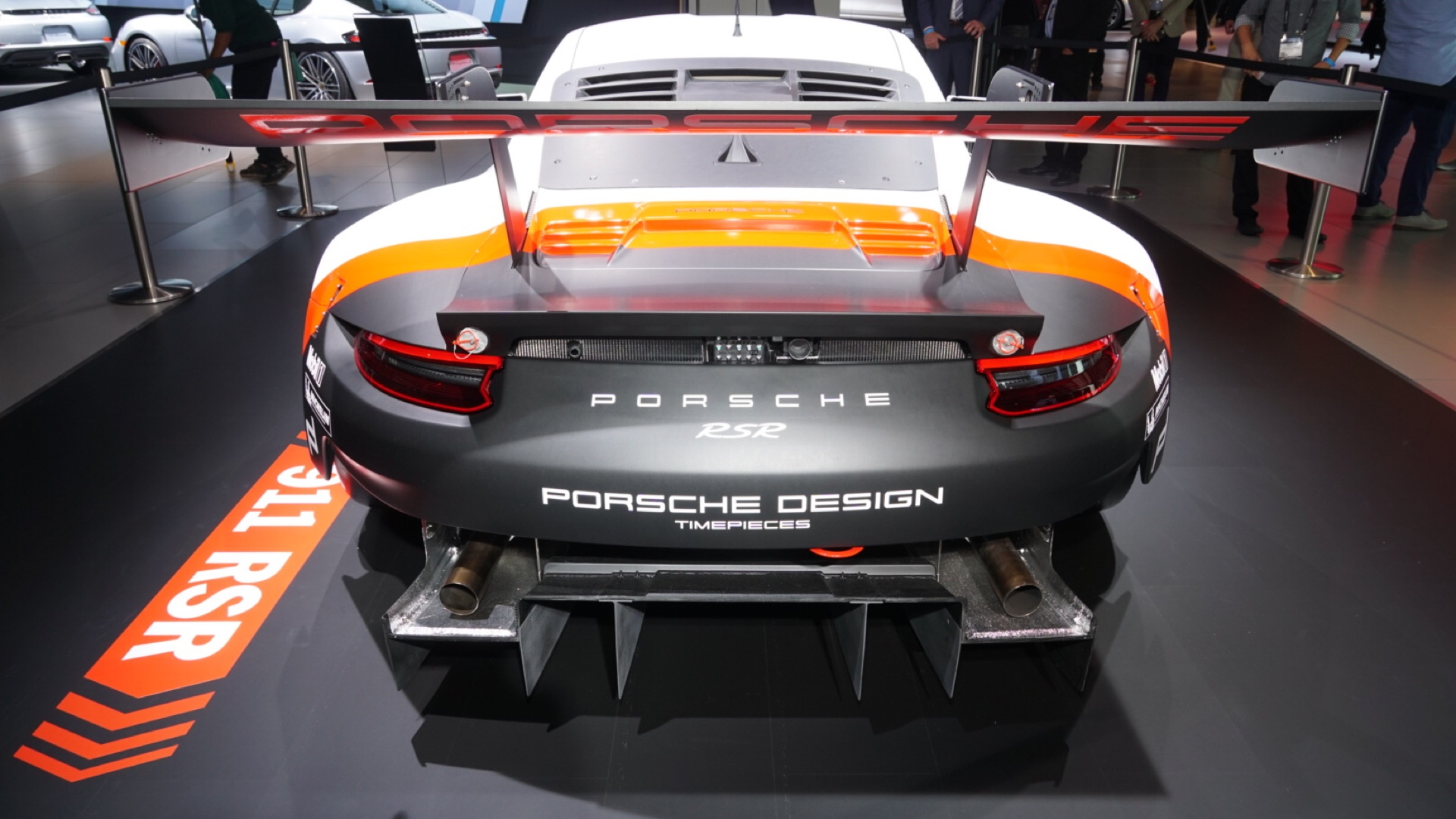 Since the first 911 entered production in 1963, Porsche has been faithful to the iconic sports car’s rear-engine layout, Beetle jokes notwithstanding.

But when it comes to performance, it appears Porsche has finally reached the limits of having so much mass so far out the back. How do we know this? Because the automaker just unveiled a 911 race car with the engine positioned in front of the rear axle, i.e. a mid-engine layout.

The car is the 2017-spec 911 RSR, which Porsche unveiled Wednesday at the 2016 Los Angeles auto show. It replaces the current RSR introduced for the 2013 season and is Porsche’s top race car based on a production model, in this case the 911. Even though there's no mid-engine 911 road car, it's still homologated due to engine optimization regulations that allow the engine to be moved slightly.

The 2017 RSR is designed for endurance events such as the World Endurance Championship and WeatherTech SportsCar Championship, competing in the respective GTE and GTLM classes. This is where other mid-engine machines, the Ford Motor Company [NYSE:F] GT and Ferrari [NYSE:RACE] 488, have proven the dominant force in the 2016 season. 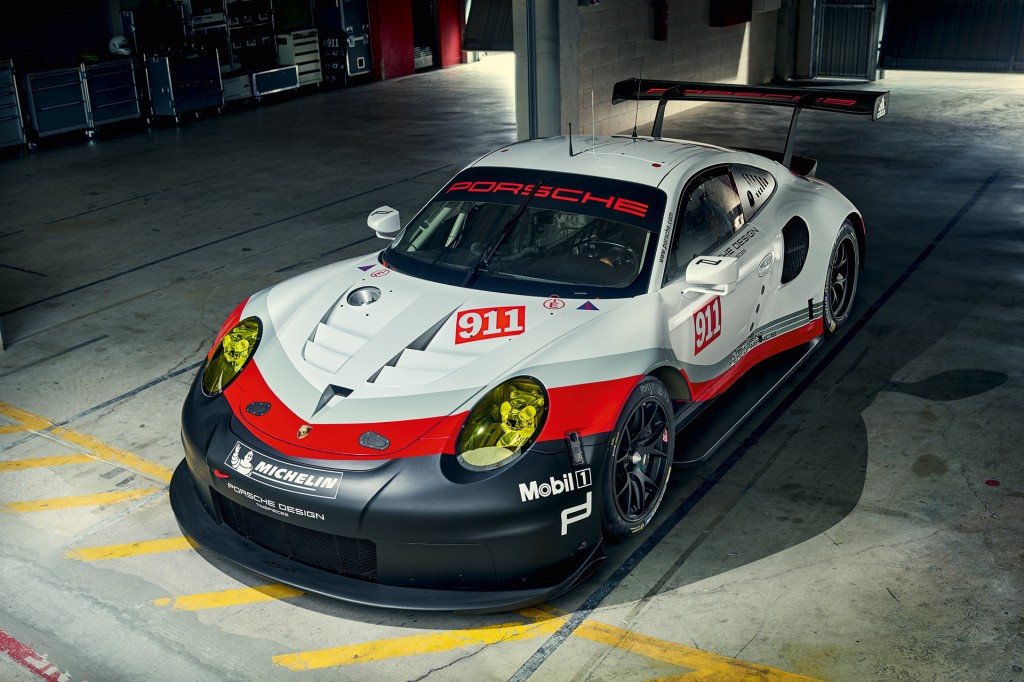 The new RSR differs from those rivals, though, as it sticks with a naturally-aspirated engine instead of a turbocharged unit. The engine is a 4.0-liter flat-6 that, depending on the regulations, delivers around 510 horsepower. It’s mated to a paddle-shifted, 6-speed sequential transmission and spins the rear wheels only.

There are more advantages of having a mid-engine layout than just weight distribution. Porsche says moving the engine forward has allowed engineers to install a much larger rear diffuser. Combined with a top-mounted rear wing adopted from the flagship 919 Hybrid LMP1 endurance racer, the level of downforce and the aerodynamic efficiency were significantly improved.

The internal structure is mostly aluminum and steel while the body panels are carbon fiber-reinforced plastic, helping to get the weight down to the 1,243-kilogram regulation minimum.

The suspension consists of double wishbones at both ends, with four-way vibration dampers and twin coil springs. Attached at each hub is an 18-inch wheel, measuring 12.5 in across up front and 13 at the rear. They’re shod with Michelin racing slicks and house one-piece aluminum brake calipers biting internally ventilated steel discs. 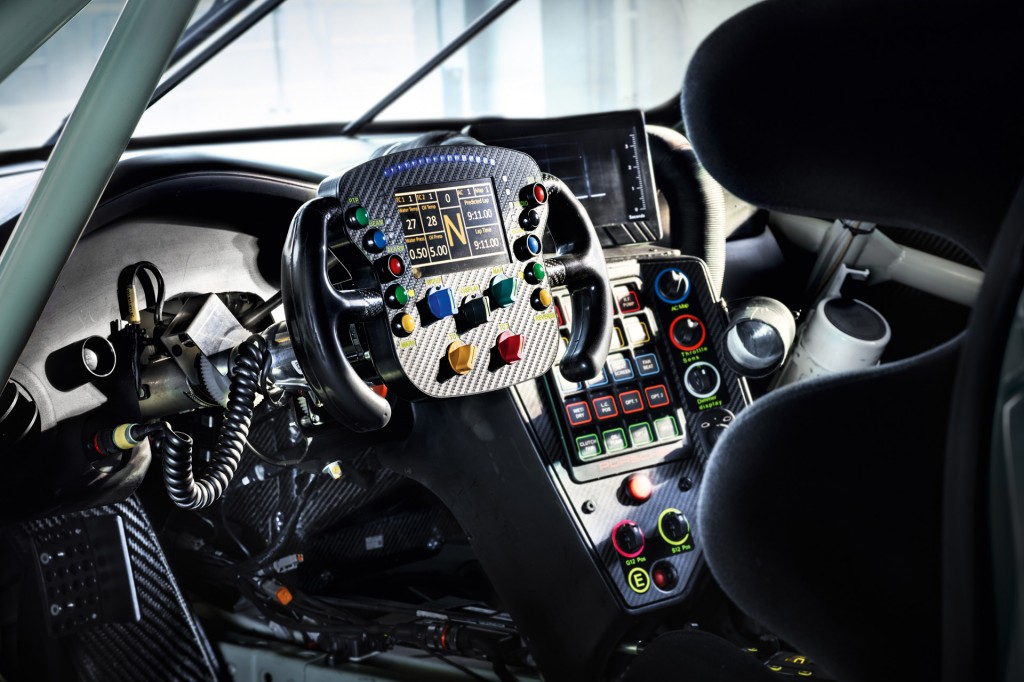 The new RSR's first race will be the 2017 Rolex 24 at Daytona, the season opener of the 2017 WeatherTech SportsCar Championship. The race is scheduled for next January.

“While retaining the typical 911 design, this is the biggest evolution by now in the history of our top GT model,” Porsche Motorsport boss Frank-Steffen Walliser said in a statement. “The new 911 RSR is a completely new development: the suspension, body structure, aerodynamic concept, engine and transmission have all been designed from scratch.”

Could this mean we’ll eventually see the 911 road car move to a mid-engine layout? Possibly. There was a time when people also said that 911s must be air-cooled. That ended almost two decades ago and few are complaining about it today.