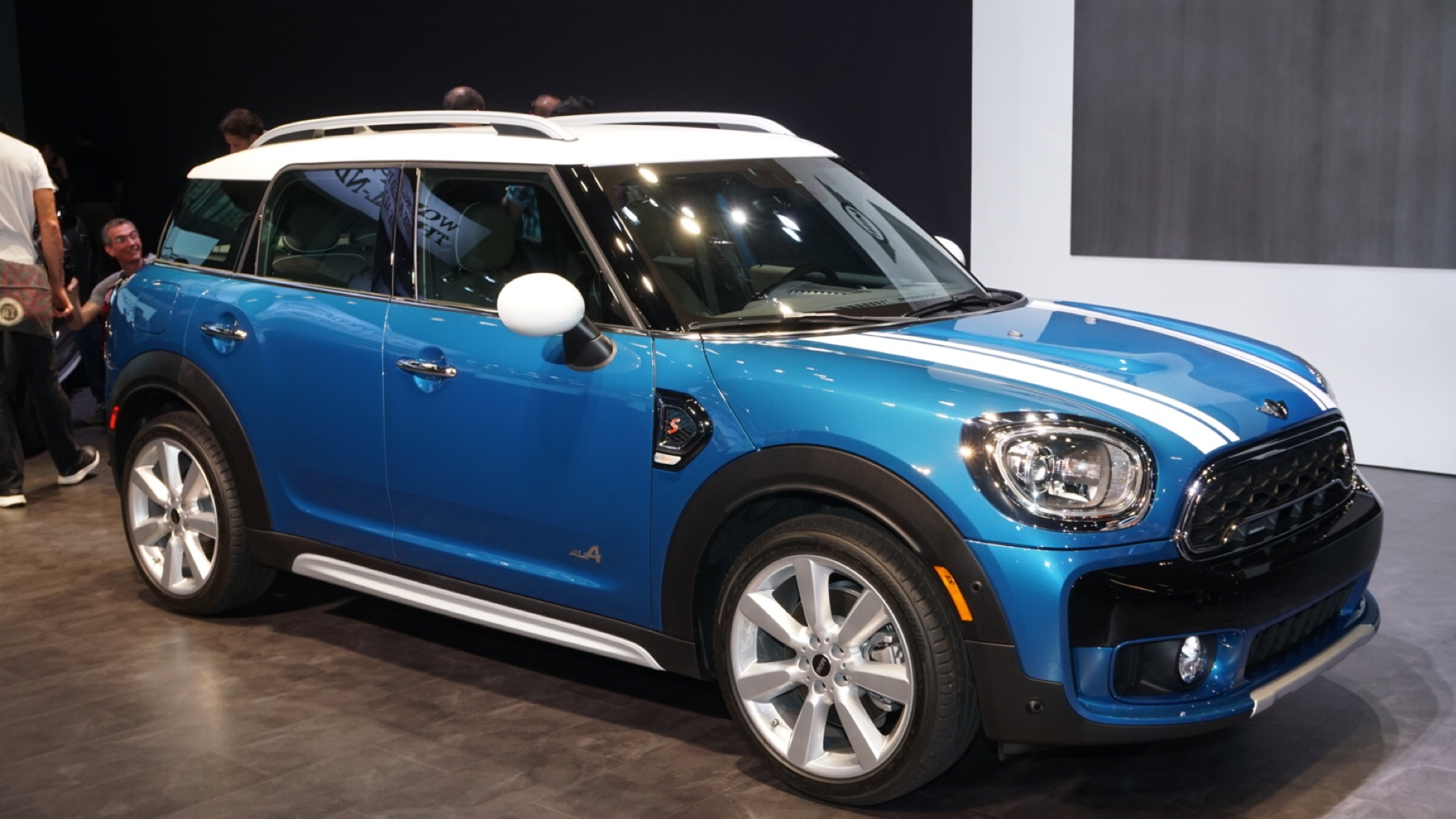 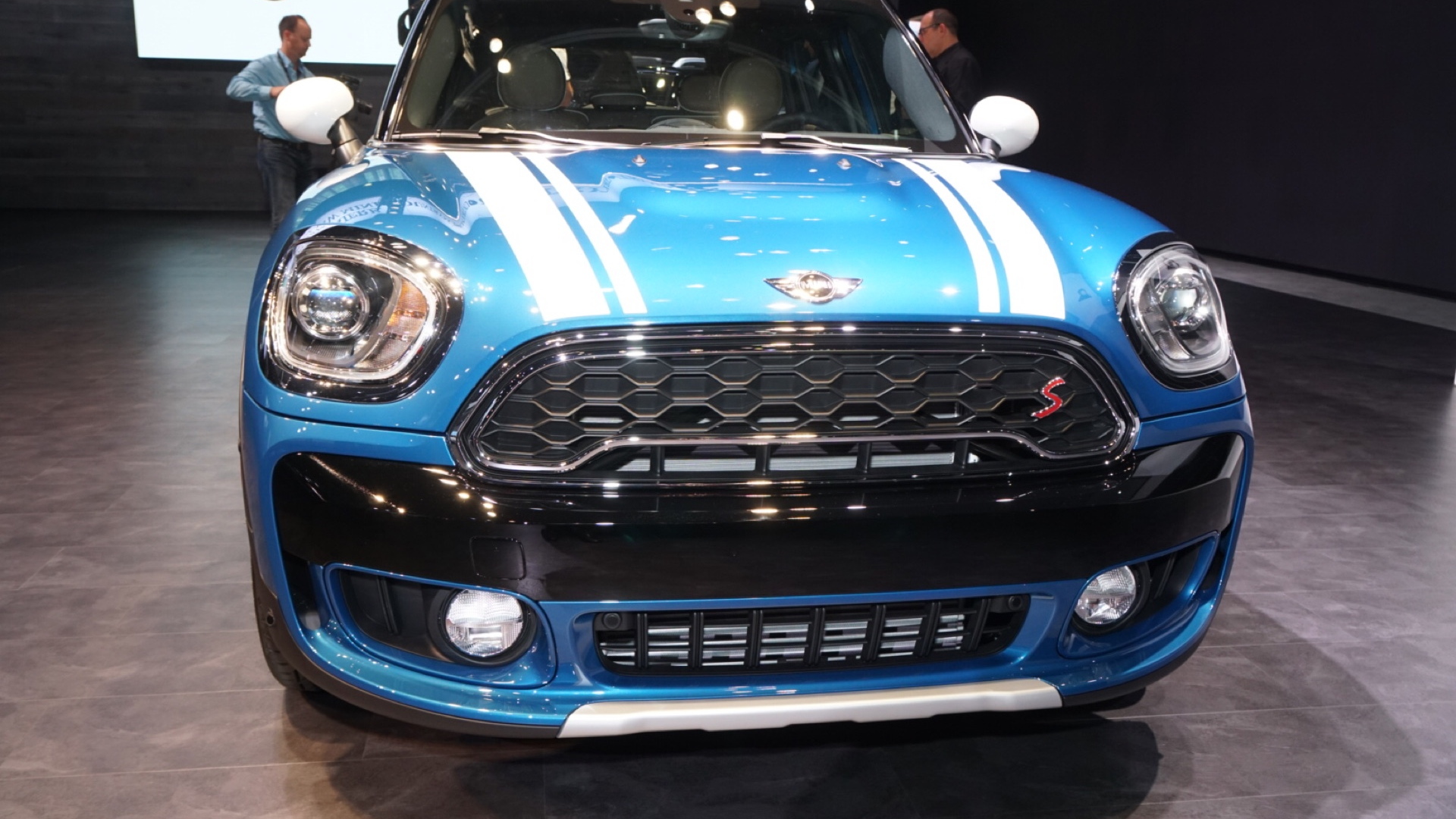 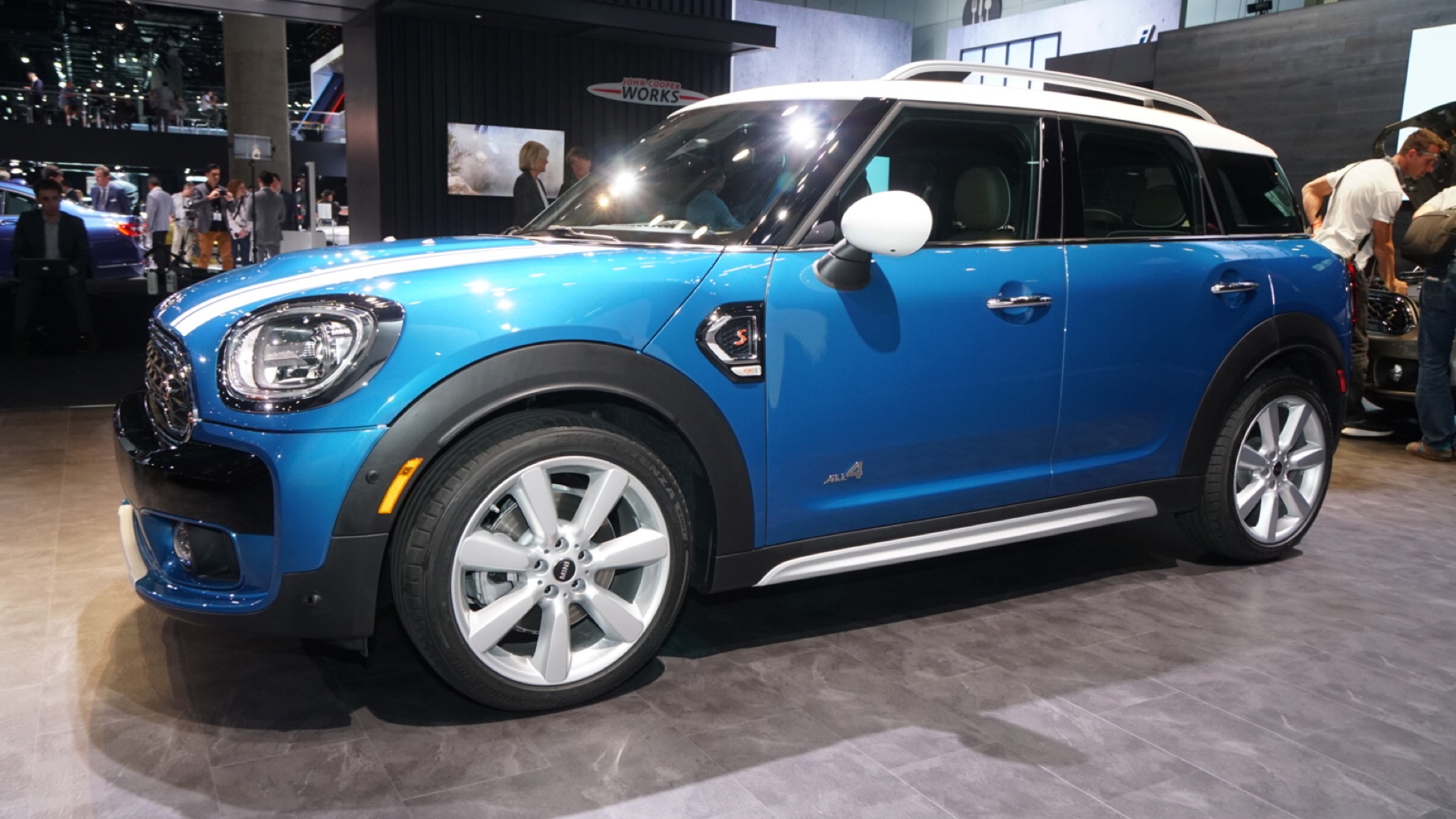 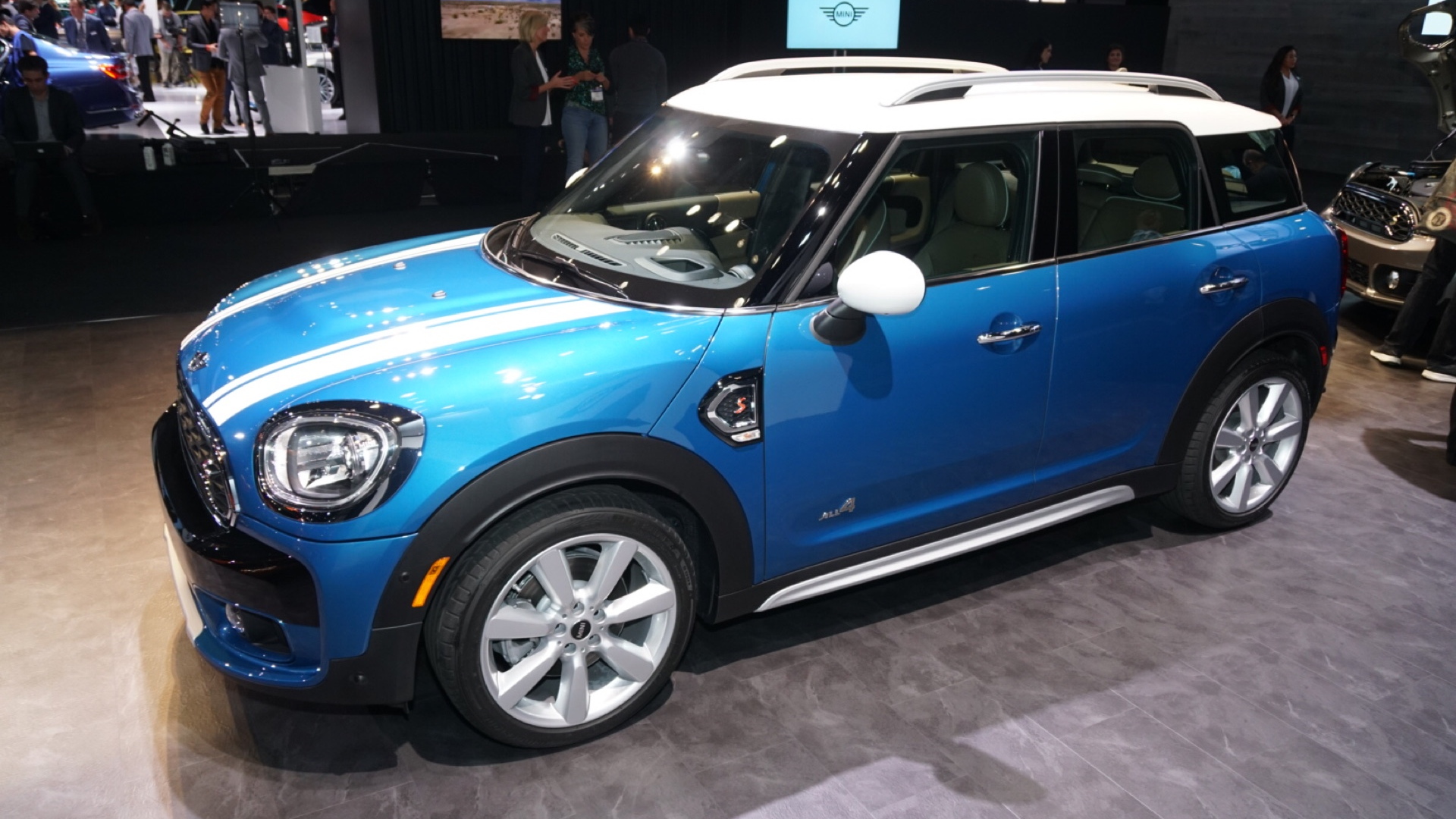 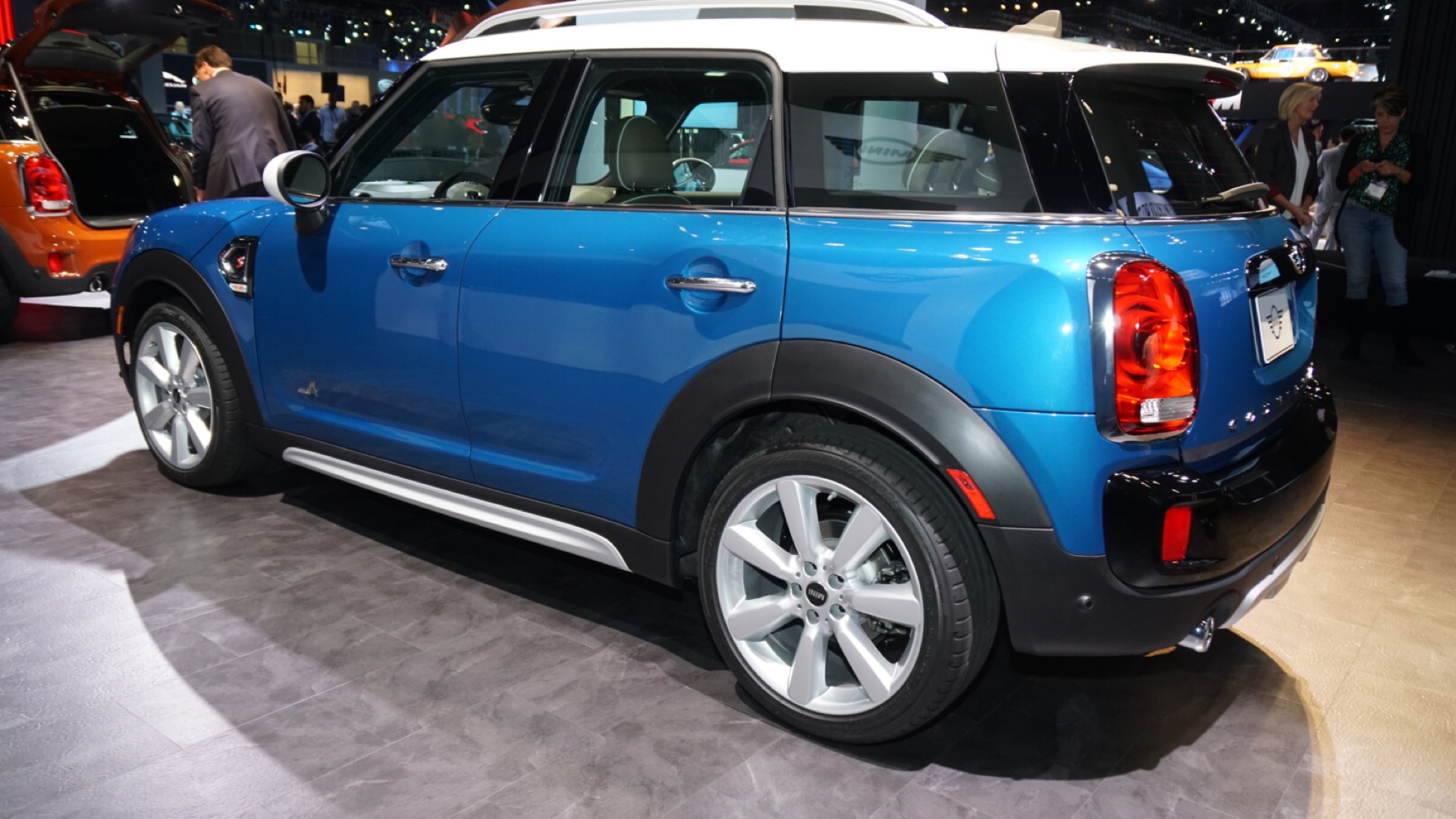 Mini has revealed a bigger, more sophisticated Countryman SUV for the nameplate’s second iteration. And this time there’s a plug-in hybrid model, representing the first hybrid from the brand.

The new Countryman made its world debut on Wednesday at the 2016 Los Angeles auto show and goes on sale in March 2017, arriving as a 2017 model. Only the Cooper and Cooper S models will be available at launch, with the plug-in hybrid, known as the Cooper S E ALL4, to arrive in June.

The new Countryman should appeal to more buyers as Mini has upped its size. Mini says there’s around 30 percent greater cargo capacity which equates to 17.6 cubic feet with the rear seats up and 47.6 cu ft when folded. Mini says head, shoulder and leg room has all been increased, too.

Underpinning the vehicle is the same UKL platform found in the latest Mini Hardtop, Clubman and Convertible. The UKL platform is also found in several BMWs including the latest X1, whose development was closely tied with the new Countryman.

The engines in the Cooper and Cooper S will be familiar to Mini fans. The Cooper sports a turbocharged 1.5-liter inline-3 delivering 134 horsepower and 162 pound-feet of torque, and either a 6-speed manual or 6-speed automatic. The Cooper S gets a turbocharged 2.0-liter inline-4 with 189 hp and 207 lb-ft, as well as an 8-speed for its automatic option. Front-wheel drive is standard for both the Cooper and Cooper S but buyers can opt for all-wheel drive.

The Cooper S E ALL4 comes standard with all-wheel drive, albeit a “through-the-road” setup where the internal combustion engine powers the front wheels and electric drive system powers the rear pair. In this case, the internal combustion engine is the same inline-3 found in the Cooper while the electric drive system is a single electric motor powered by a 7.6-kilowatt-hour lithium-ion battery.

Peak output is a stout 221 hp and 284 lb-ft and the sole transmission is a 6-speed automatic. Mini estimates the 0-60 mph sprint to take 6.8 seconds and the maximum speed to be 137 mph. These numbers make the Cooper S E ALL4 the quickest of the range, at least until the arrival of a John Cooper Works model.

Operating the Cooper S E ALL4 will be familiar to anyone that’s driven a regular Mini. Everything looks familiar in the cockpit, though the start/stop button in the center of the dashboard glows yellow instead of red. As usual, you simply press the button to start the car, though it will remain silent as it’s designed to always start in electric mode. The rpm counter in the main instrument cluster has been replaced with a power display. When exactly the combustion engine kicks in will vary depending upon on the driving style and level of charge in the battery.

The battery, located beneath the rear seats, is big enough to provide sufficient electric range for most commutes, expected to be around 24 miles. Top speed in electric mode is 77 mph and a full charge should take a little more than 3.0 hours with a 240-volt outlet. Crucially, the hybrid management system is linked with the vehicle’s electronic stability control, so that if only one power source is working and slip is detected, the alternative power source can be activated.

Standard goodies for the 2017 Mini Countryman range include numerous premium features. Some of the items are a panorama sunroof, keyless entry, infotainment with 6.5-inch display, 17-in (18-in for Cooper S) wheels, and automatic headlights and windshield wipers.

Pricing information will be announced closer to the market launch.

For more from the L.A. auto show, visit our dedicated hub.