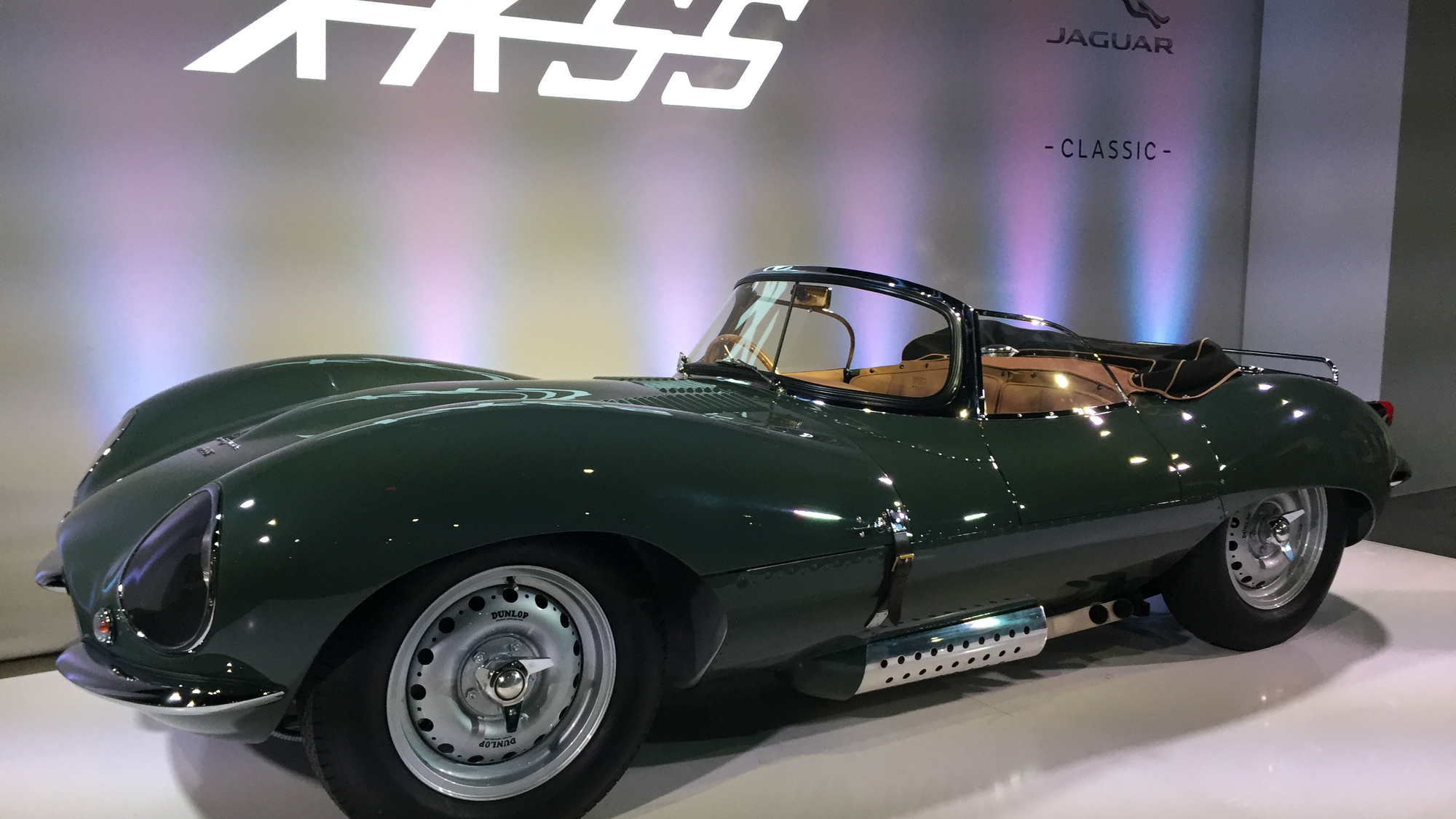 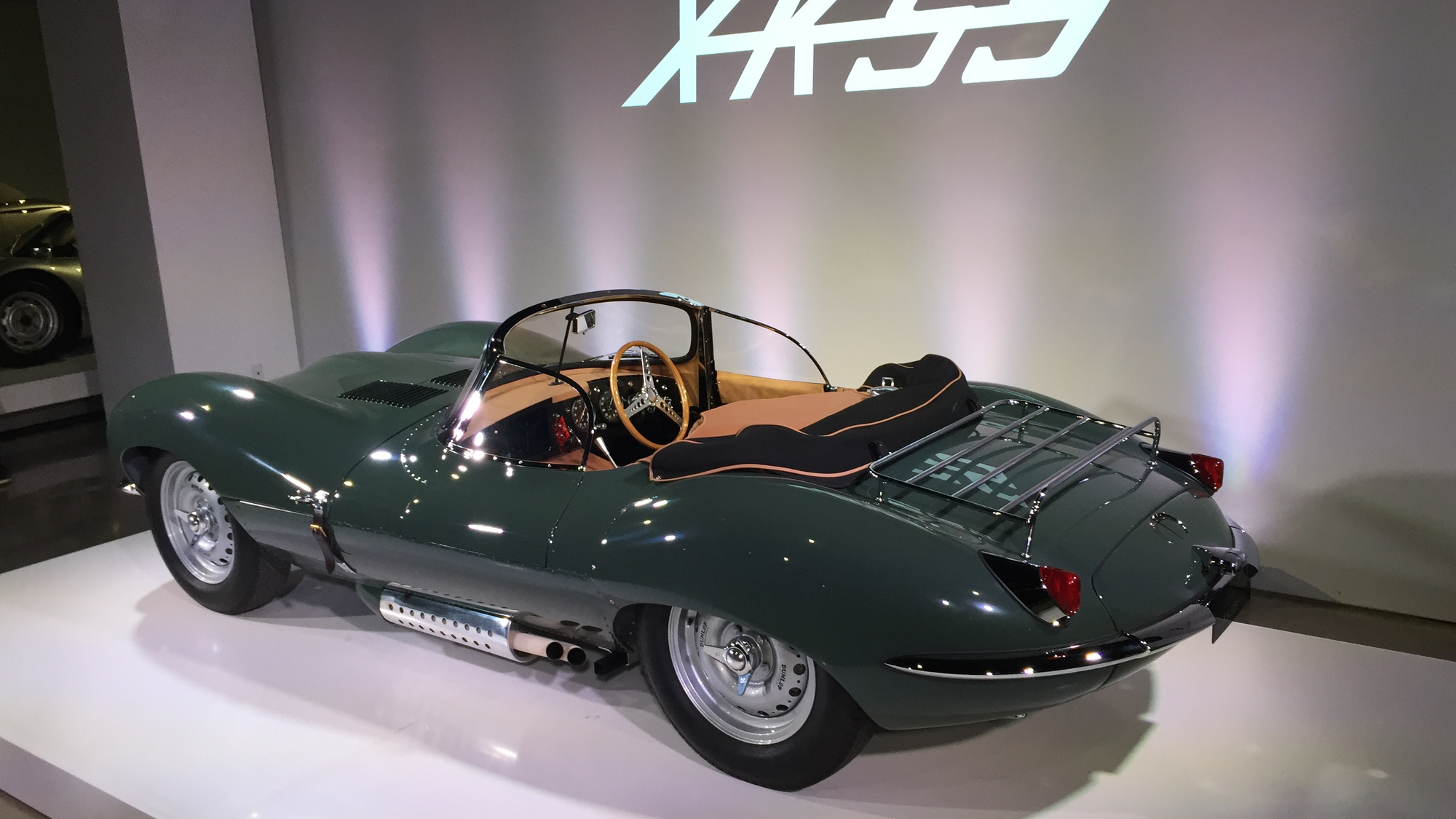 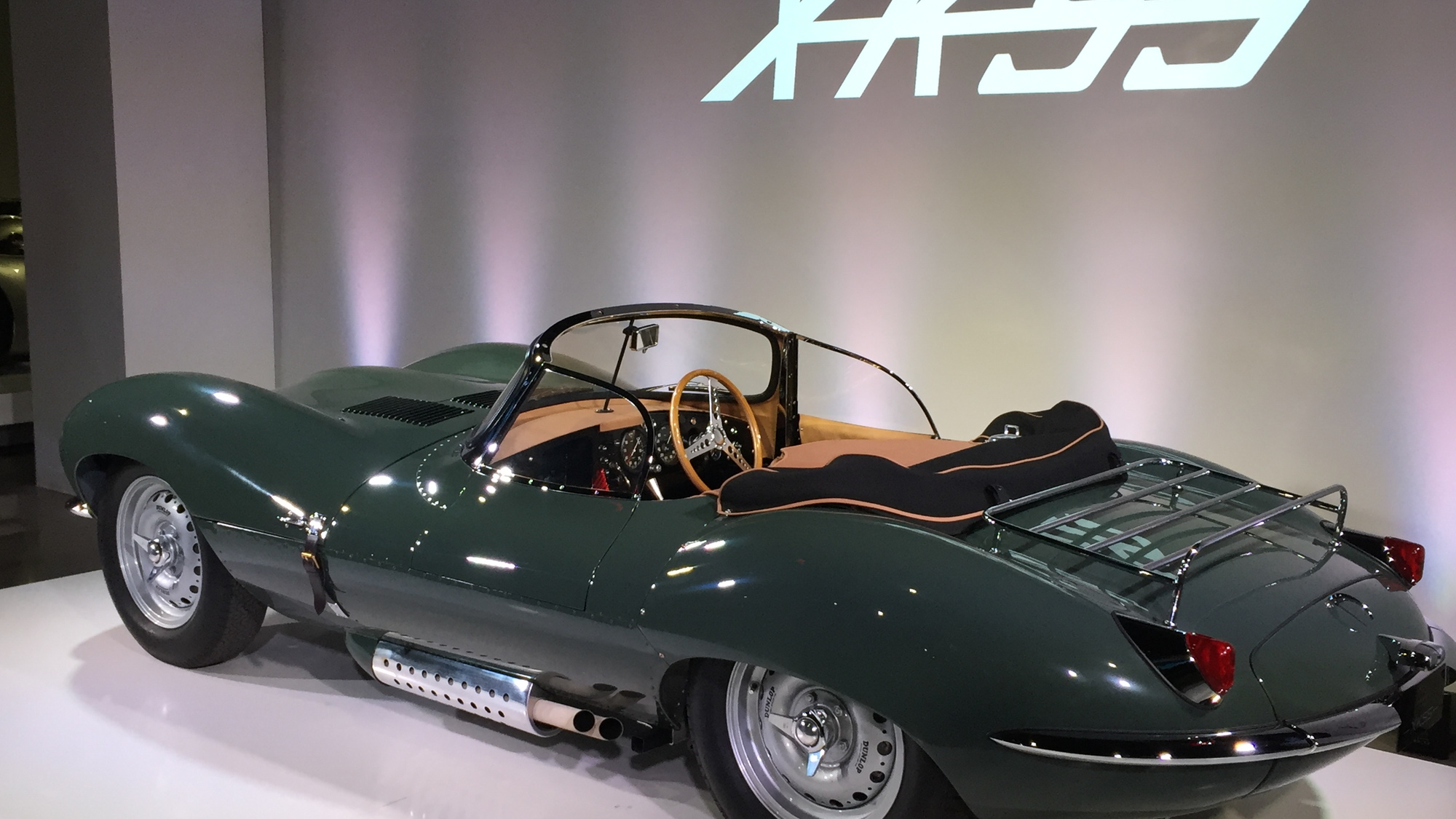 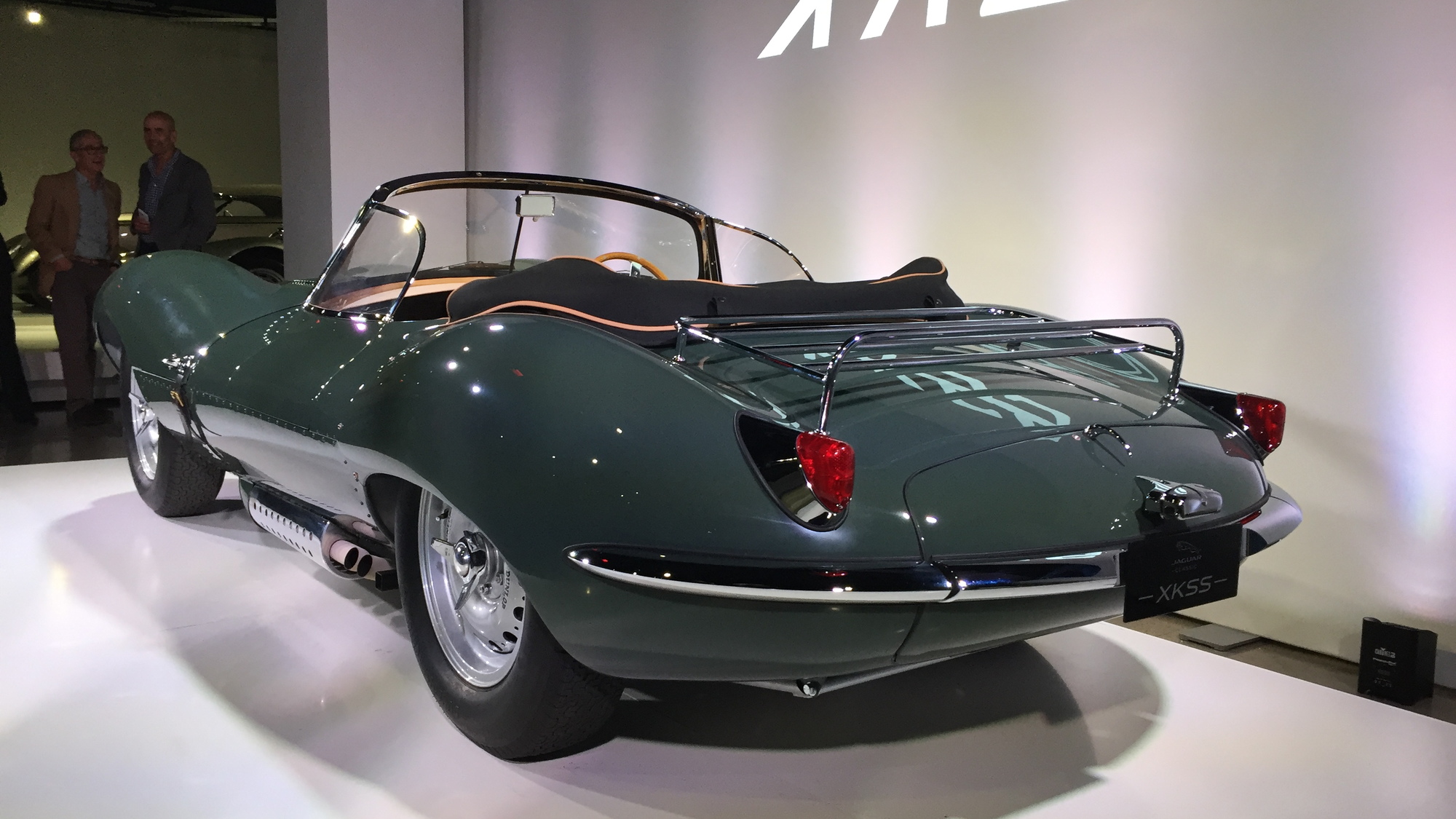 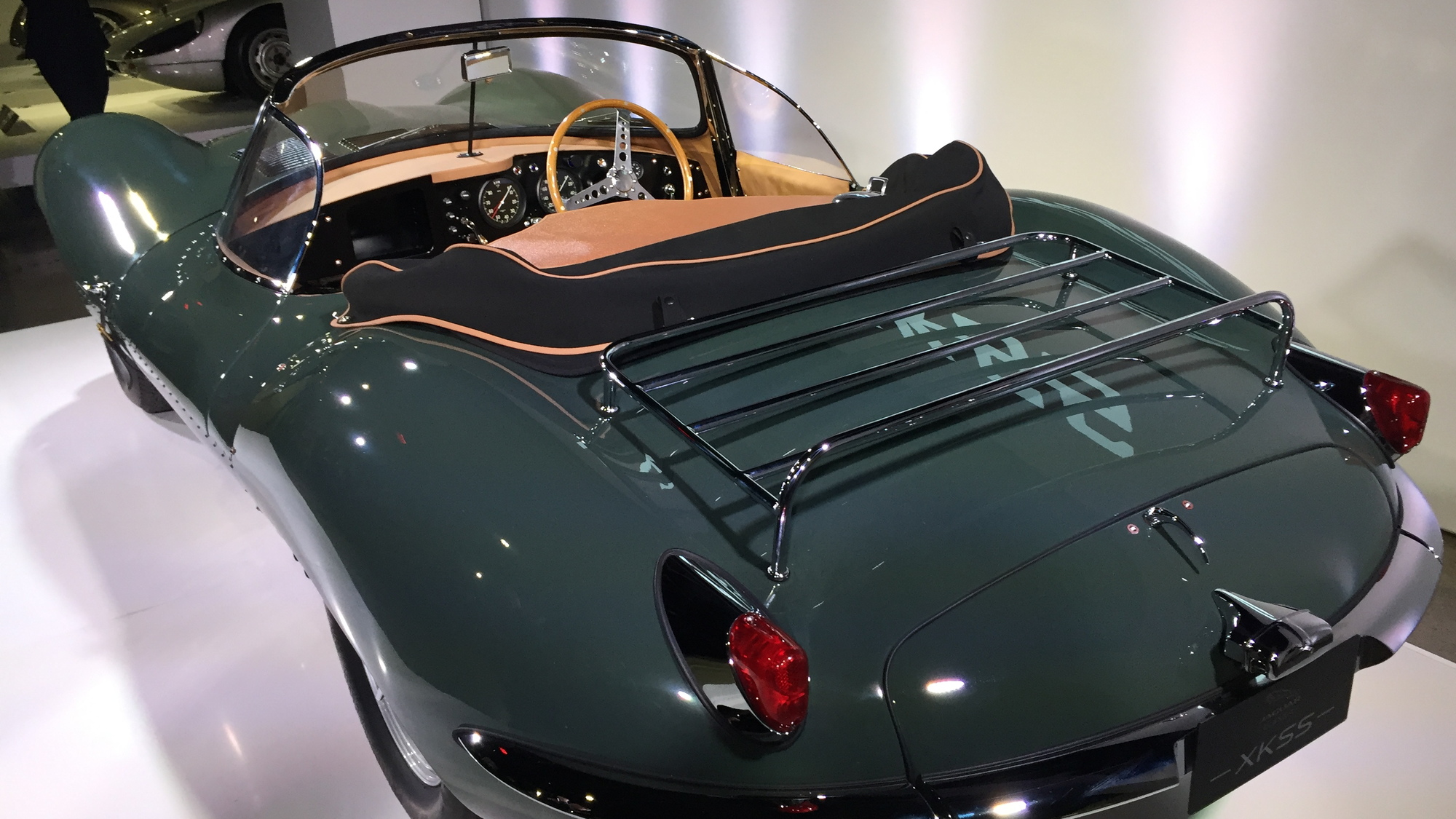 Jaguar confirmed it was building the cars, nine in total, back in March. Now one has been revealed, though it is not one of the nine. It is a 10th car without a VIN that Jaguar will keep. The car made its debut on Wednesday at the Petersen Museum, finished in a beautiful Sherwood Green paint and with a tan interior.

You can’t buy one as the build slots are all sold, despite the staggering $1.5 million asking price. That might seem like a lot but it’s a bargain compared to what you’d likely end up paying for one of the originals. 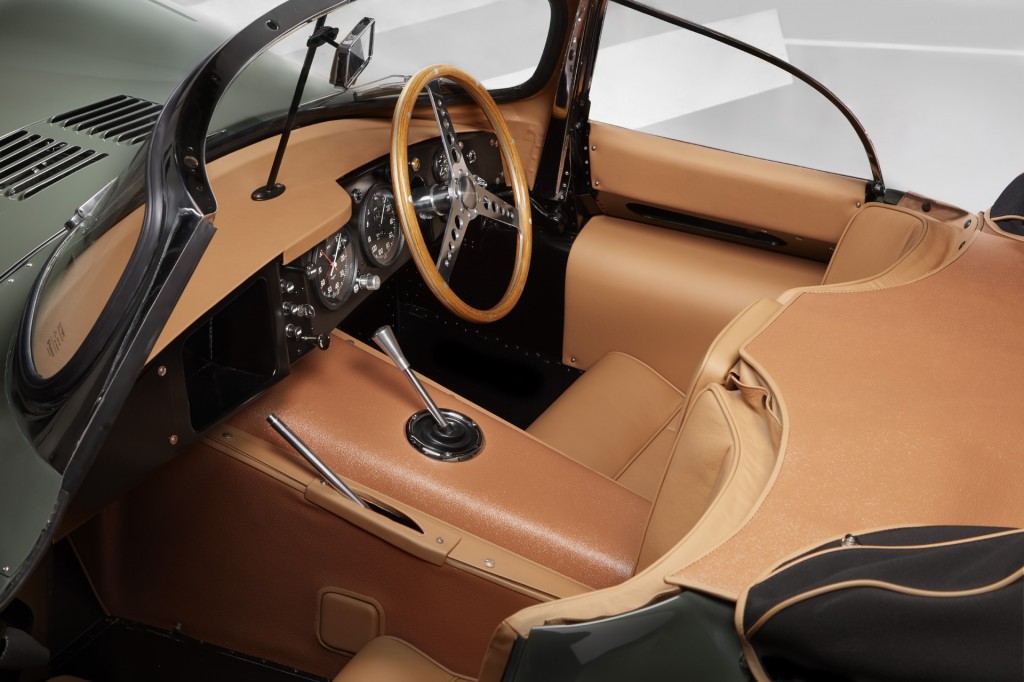 During the process of reconstructing the continuation cars, Jaguar Classic also developed several parts that classic car owners can buy, including the frame and sand-cast Weber carburetors. You can bet that XKSS buyers will opt for quite a few of these replacement parts as well.

Jaguar decided to build the XKSS continuation models following the success of the six Lightweight E-Type continuation models built two years ago. With the Lightweight E-Types, Jaguar originally built just 12 of a planned 18-car run, meaning six VINs were left unused. In the case of the XKSS, 25 were being worked on back in 1957 but nine of these were destroyed by a fire at the automaker’s Browns Lane plant. The VINs of these nine cars are now being used for the modern examples.

How similar is the continuation model to the original? According to Jaguar Classic engineering boss Kev Riches, everything from the wood of the steering wheel, to the grain of the leather seats, through to the brass knobs on the dashboard, is precisely as it would have been in 1957. Even the magnesium alloy body panels are the same, despite today's better alloys. 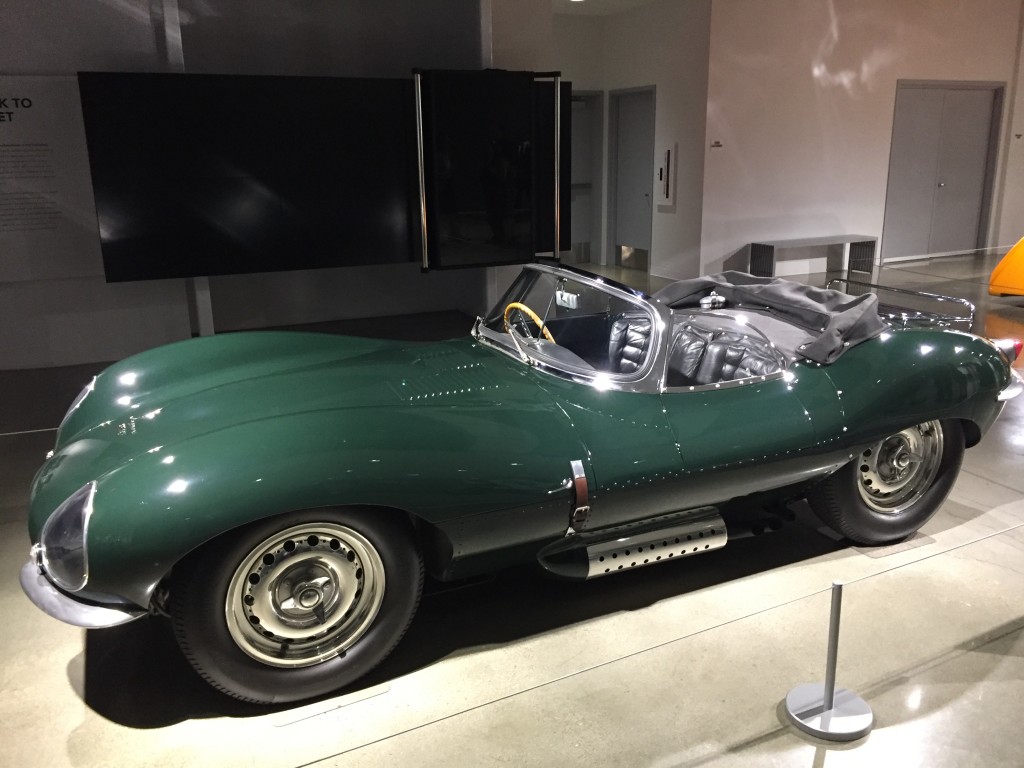 But it goes further than that. The number, type and position of all the rivets used–there are more than 2,000 in total–are all matching. The process of building one of these cars takes about 10,000 man hours. Minor specification changes have been made only to improve safety. The fuel tank, for example, is made from modern materials instead of rubber that could break down due to today's gasoline.

The original XKSS cars were D-Type racers converted for road use and sold to customers mostly in the United States, one of them being Steve McQueen. Power in the cars came from the D-Type’s 3.4-liter, triple-carbureted, 262-horsepower engine. A total of 75 D-Types were built, and Jaguar had plans to round out the run with the additional 25 XKSS road cars.

The nine continuation models will be built over the course of 2017, with the first delivery likely coming midyear. And it's worth noting that the prototype on display last night was so authentic that it dripped oil, just like the original. 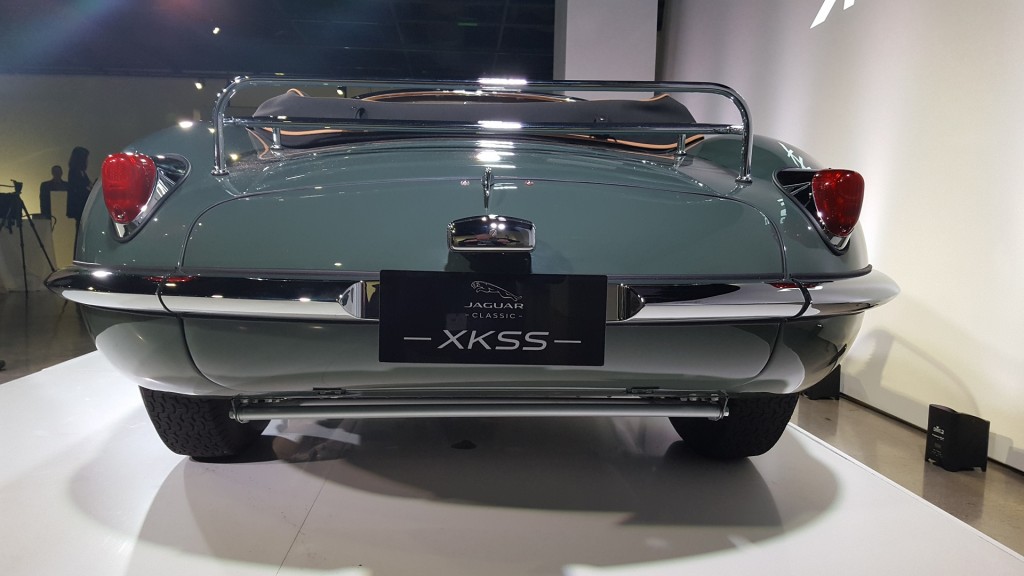