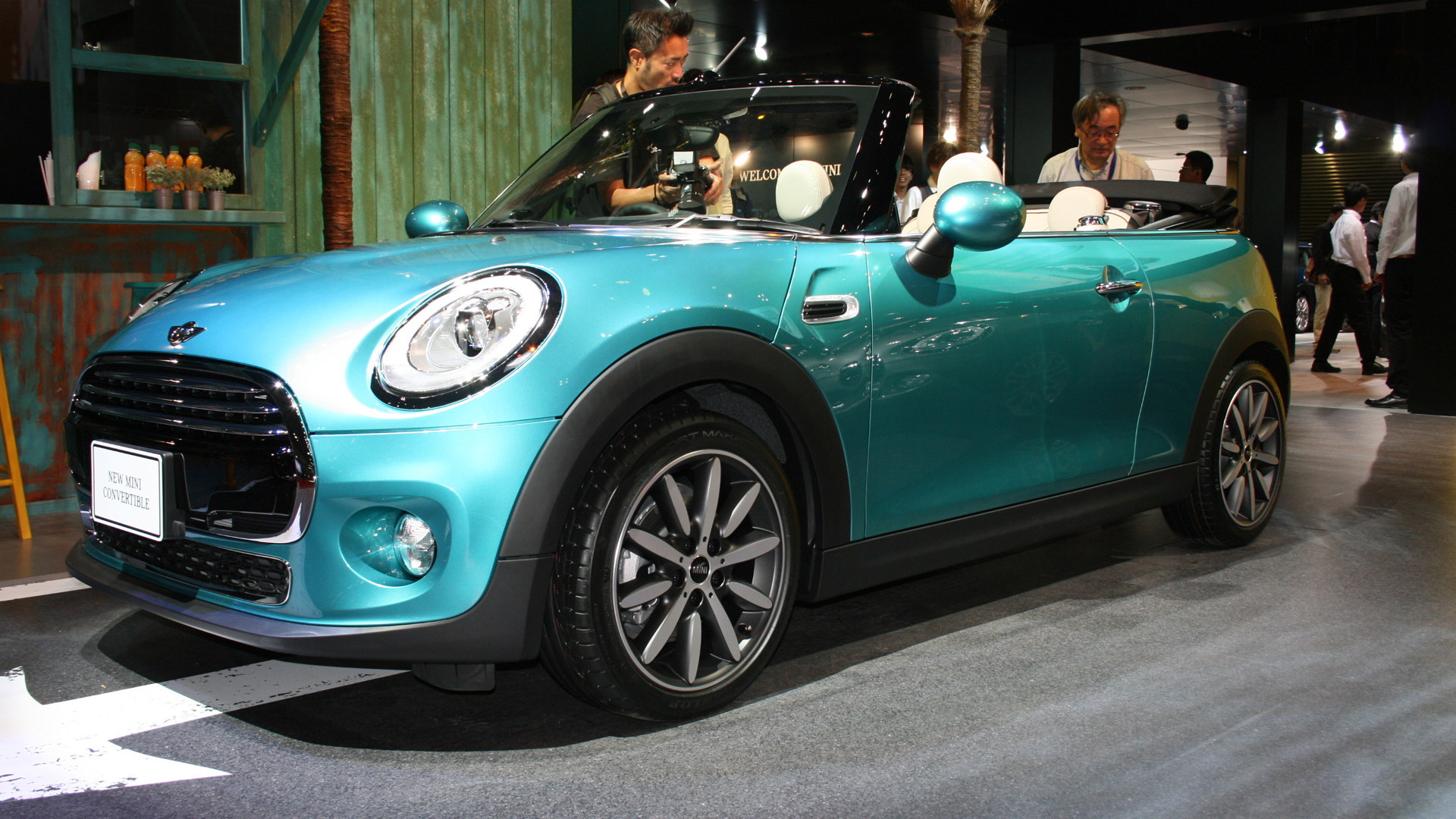 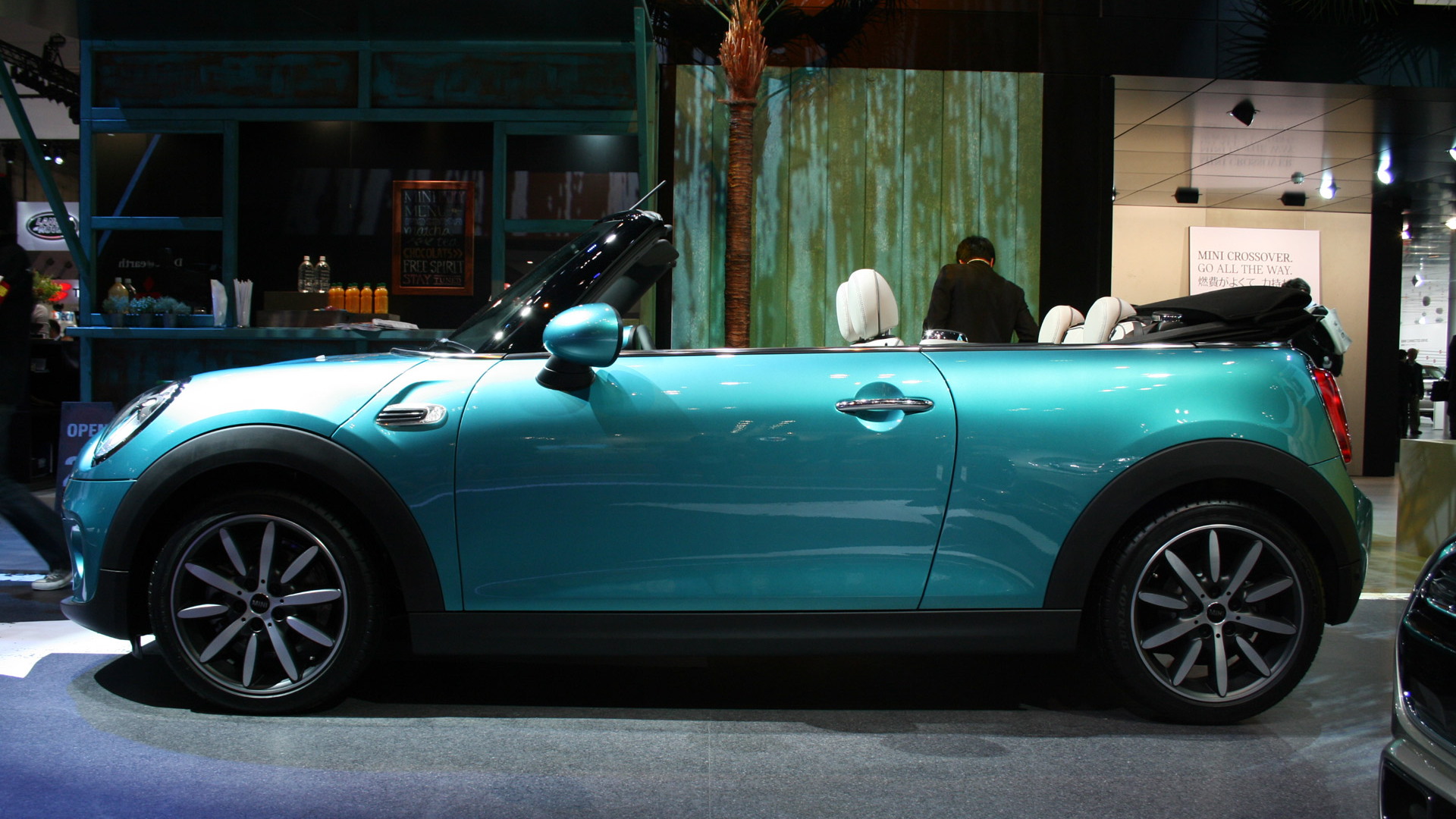 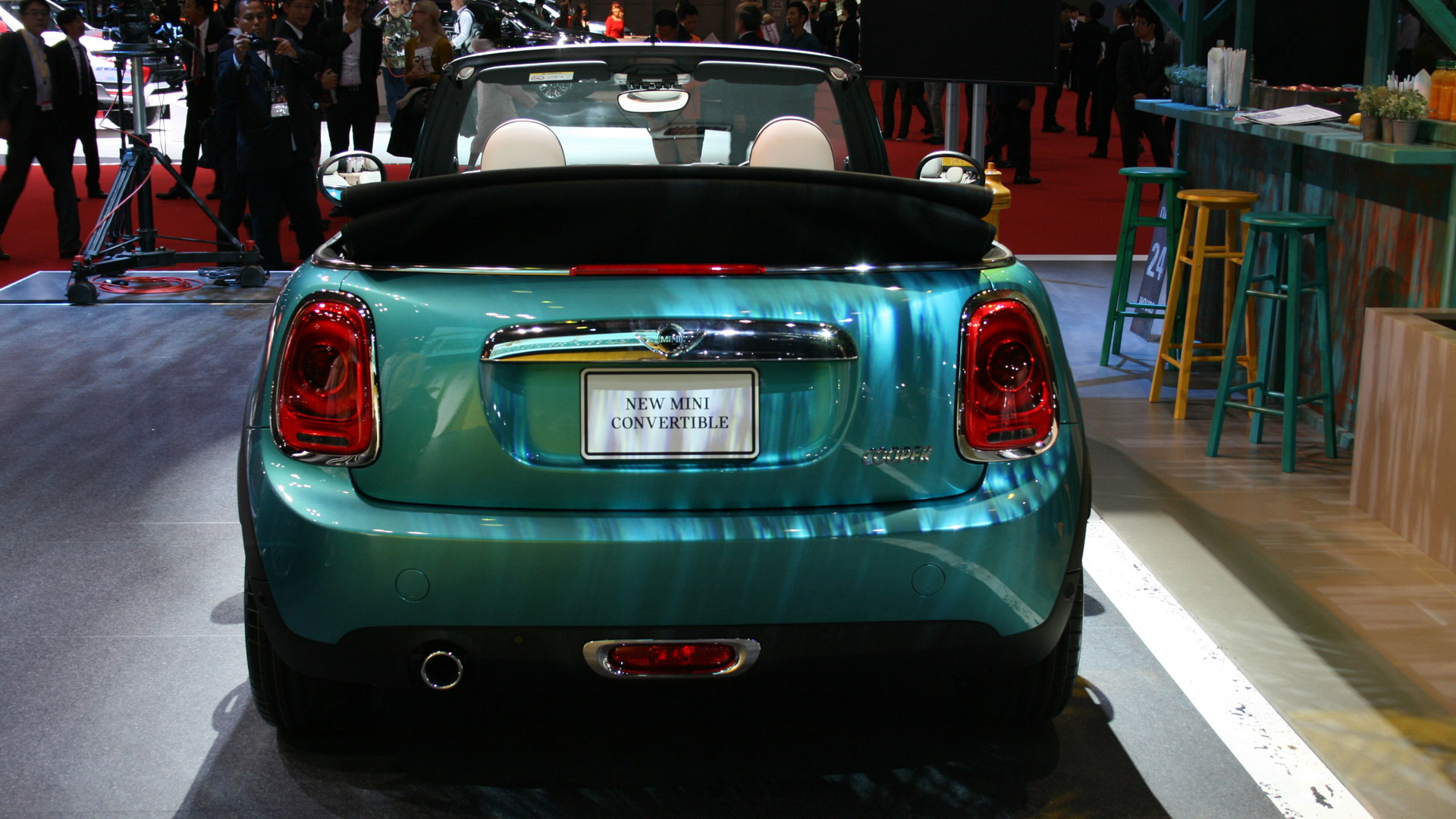 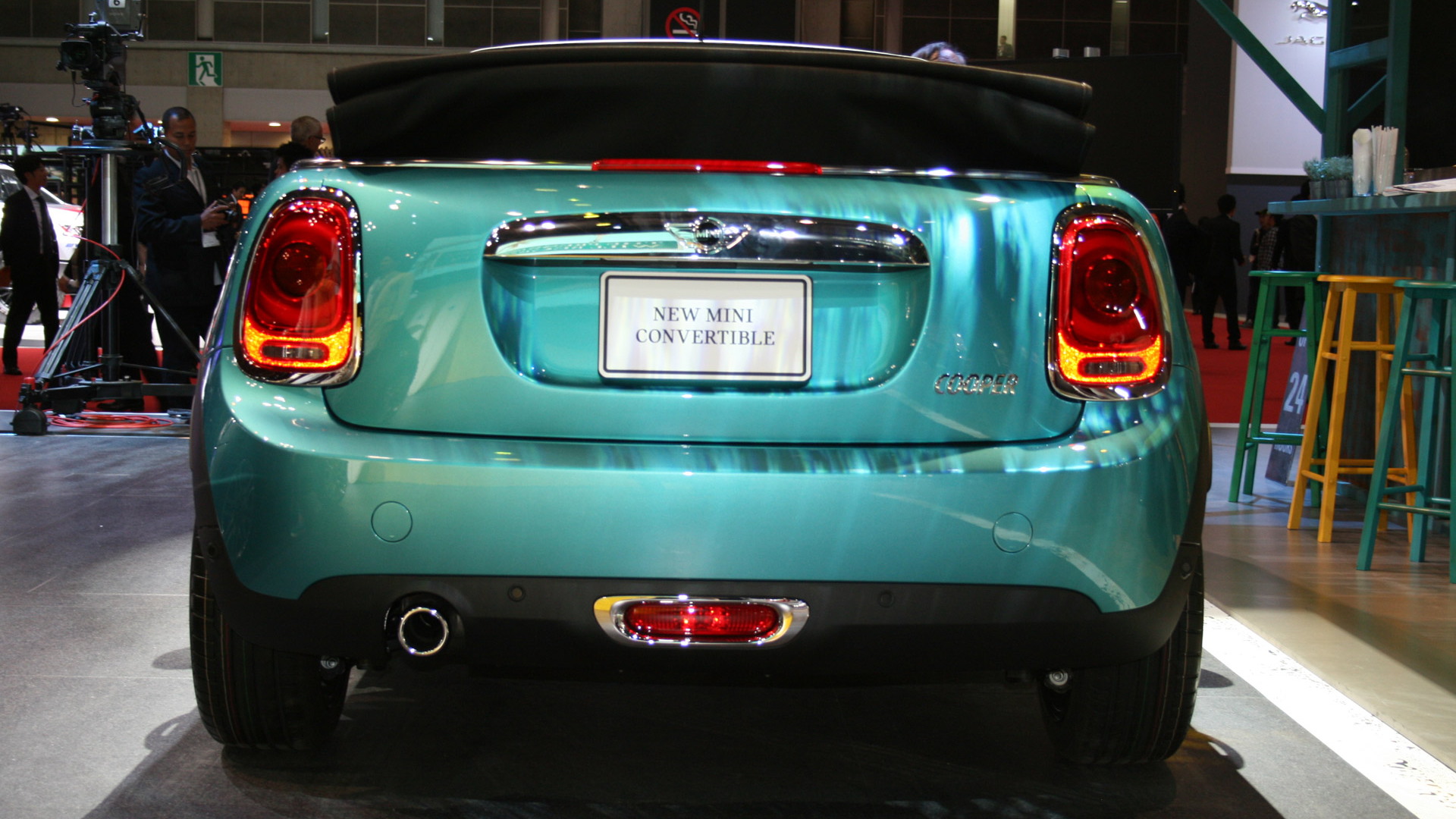 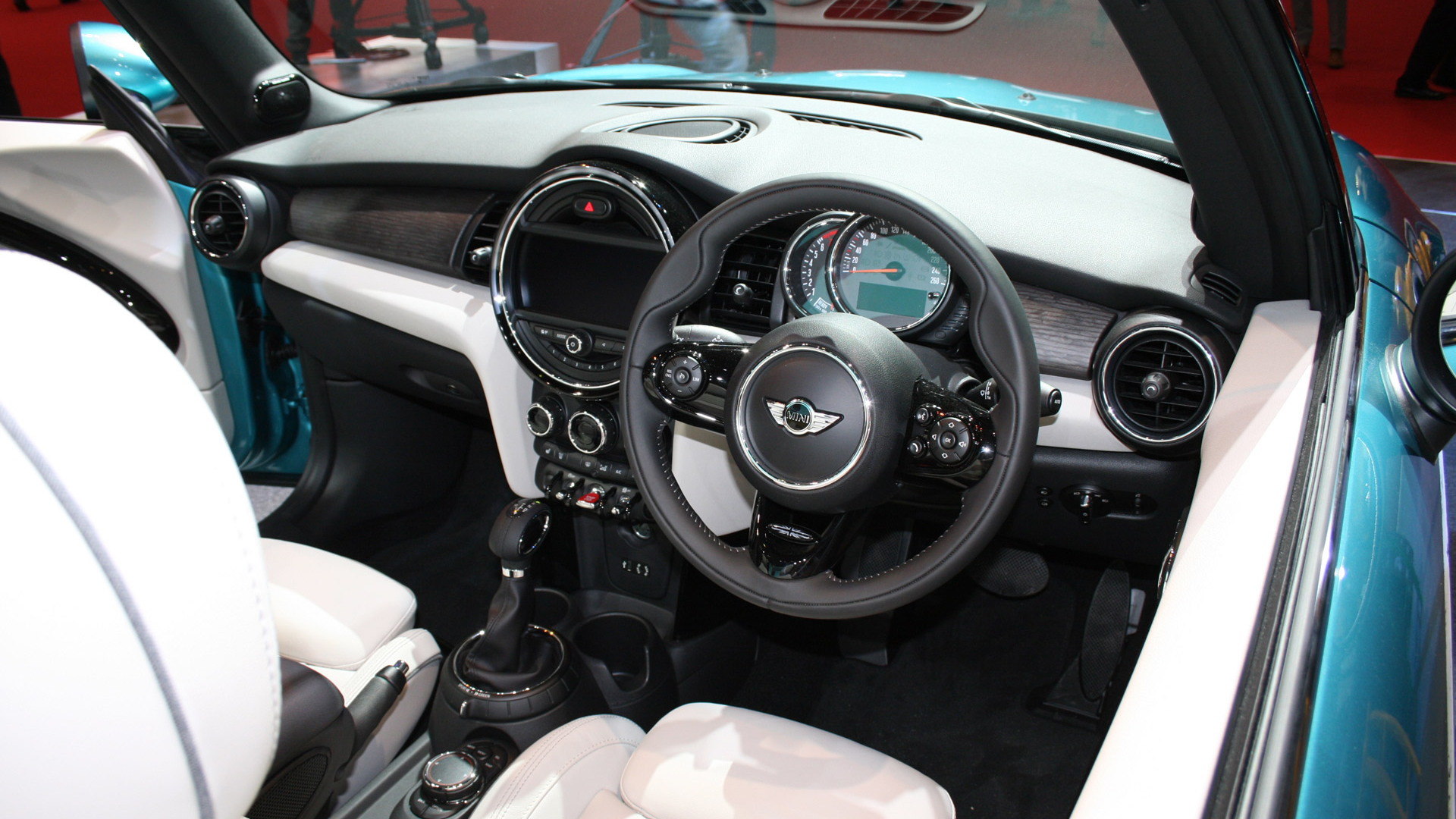 Set to join the latest Hardtop and Clubman in MINI showrooms next year is a new Convertible, revealed in full today at the 2015 Tokyo Motor Show. The pint-sized drop-top is confirmed to go on sale in the United States next March, meaning it will most likely arrive as a 2016 model. At launch there will only be the base Cooper and sporty Cooper S variants, though further down the track we’ll see a high-performance John Cooper Works model.

MINI didn't pull any surprises with the design of its new Convertible. An automatic folding soft-top roof remains, and the cabin is virtually identical to the one found in the Hardtop. It features MINI’s signature round clusters including the central display, and with the new generation things like road speed, rpm and other key driving-related information is now shown in an instrument cluster mounted behind the steering wheel. The car is a four-seater but even small children will find it tight up back.

The car is slightly larger than the one it replaces. For example, compared to the predecessor model, the new Convertible is 4.5 inches in longer, 1.7 in wider and 0.8 in higher. The wheelbase is up by 1.1 in, and the track both front and rear are up, by 1.9 and 1.6 in respectively. This has led to more space but also increased storage. According to MINI, luggage volume expanded by more than 25 percent to 7.6 cubic feet with the top up and 5.7 cu ft when down.

The engines on offer match those of the Hardtop and Clubman. A turbocharged 1.5-liter three-cylinder engine delivering approximately 134 horsepower and 162 pound-feet of torque (169 lb-ft with overboost function) is fitted to the Cooper, while a turbocharged 2.0-liter four-cylinder offers 189 hp and 206 lb-ft (221 lb-ft with overboost) in Cooper S trim. A planned John Cooper Works model will be packing at least 228 hp and 236 lb-ft.

Drive is to the front wheels only, with a six-speed manual standard and a six-speed automatic with paddle shifters available as an option. The Cooper S is the quickest right now. It will sprint to 60 mph from rest in 6.7 seconds when equipped with the automatic (6.8 seconds with the manual) and reach a top speed just over 140 mph.

Buyers will have numerous options to play around with. Wheel sizes range from 15 to 18 in and there are 11 paint finishes including the new Caribbean Aqua featured here. The customization carries over to the interior with a number of premium seating options available, including a new Malt Brown leather with diamond-stitching reminiscent of classic English Chesterfield sofas. There are also tech goodies galore, including an 8.8-in display with navigation and bad weather warning app that can notify you of impending rain so you can put the top up well in advance.

Pricing will be announced closer to the market launch. In the meantime, see what else is at the Tokyo Motor Show by visiting our dedicated hub.