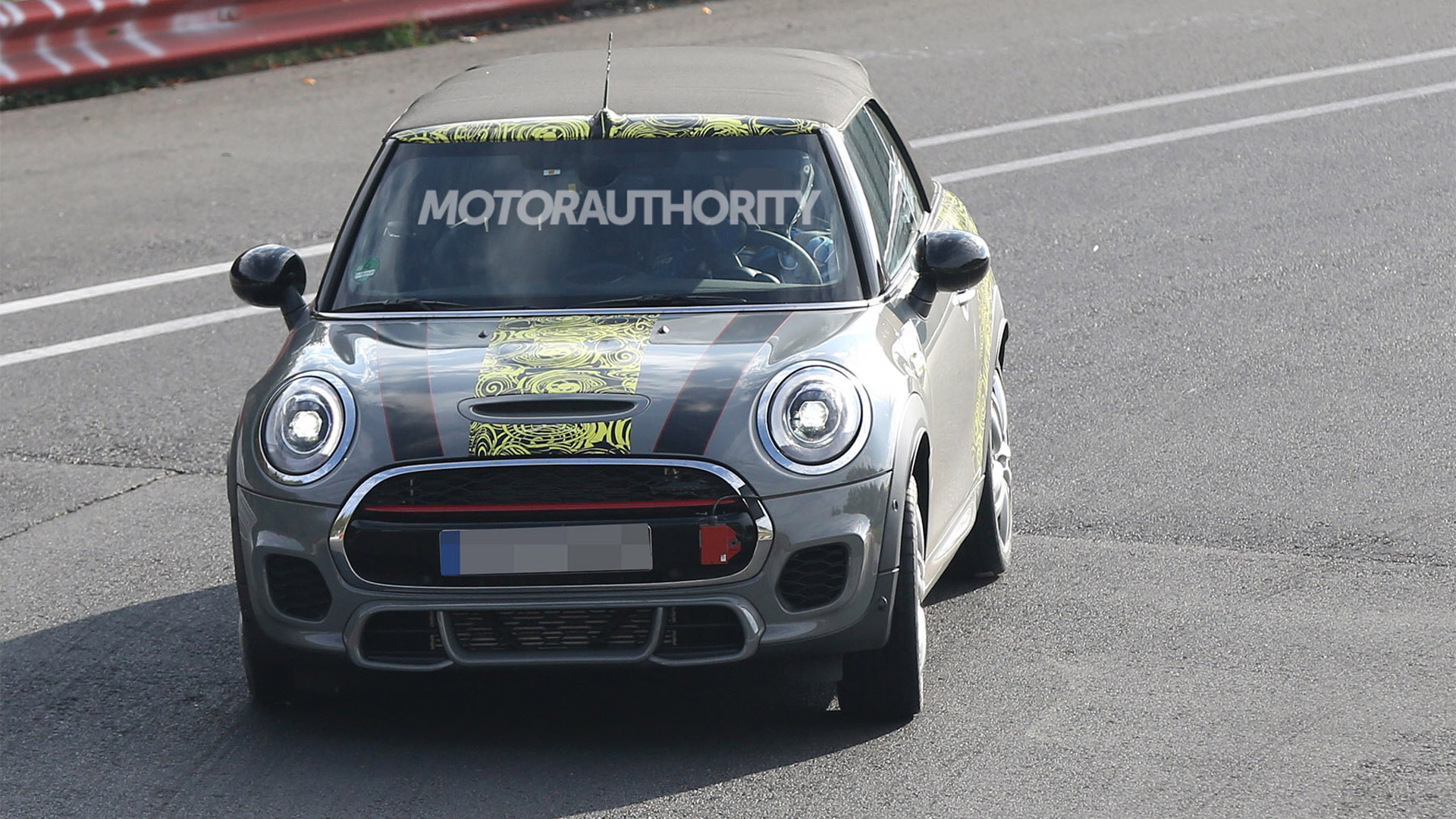 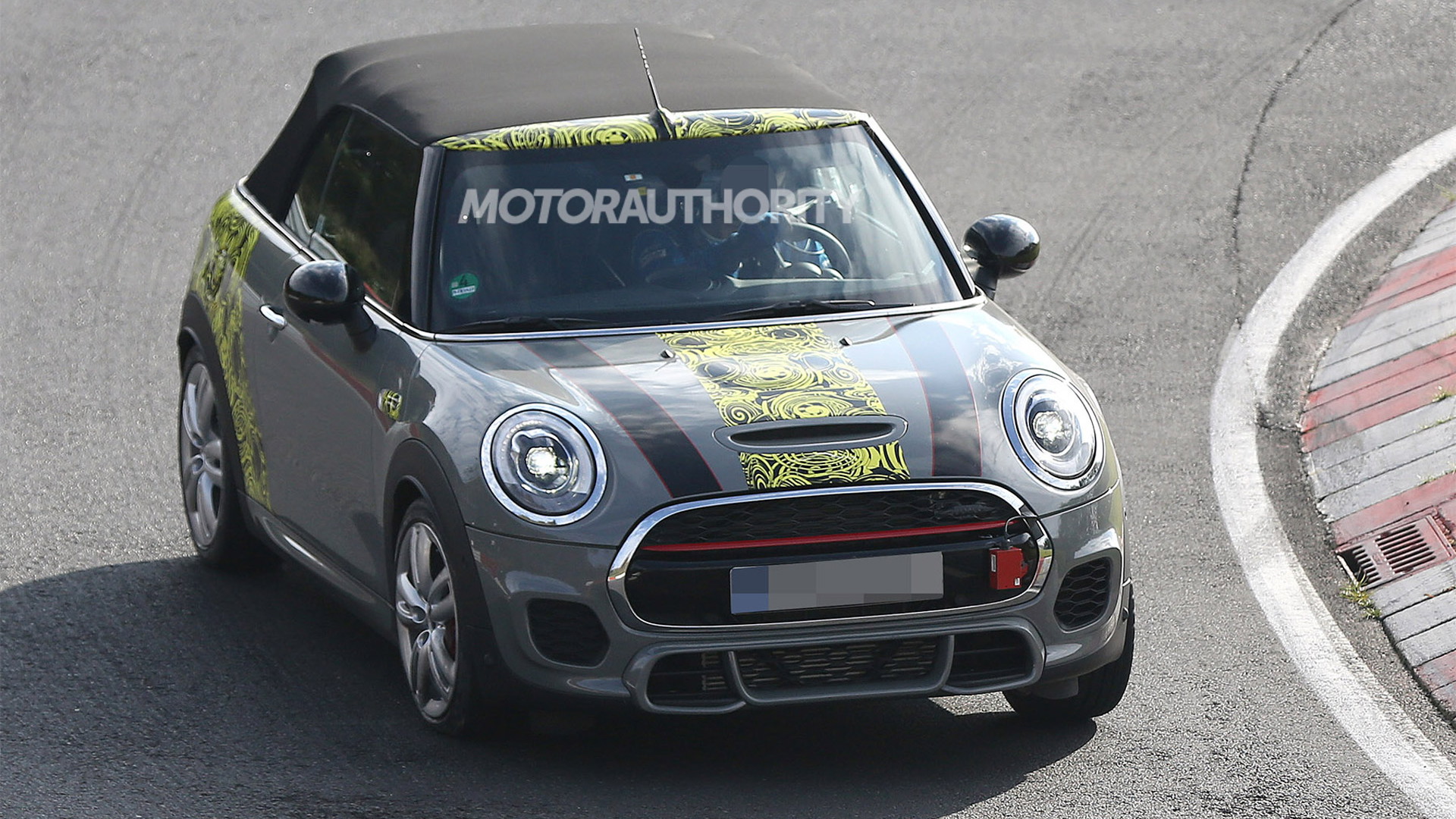 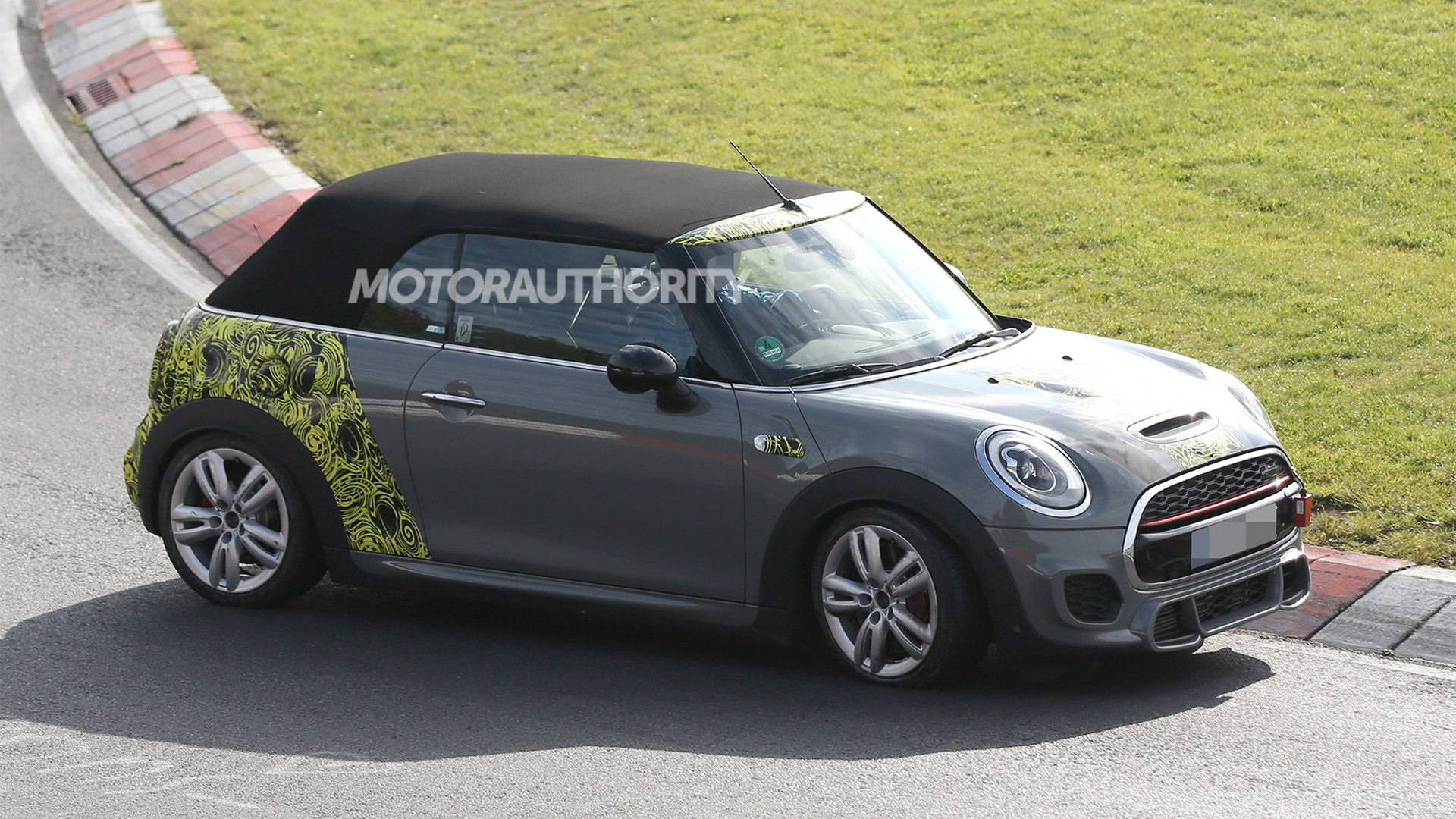 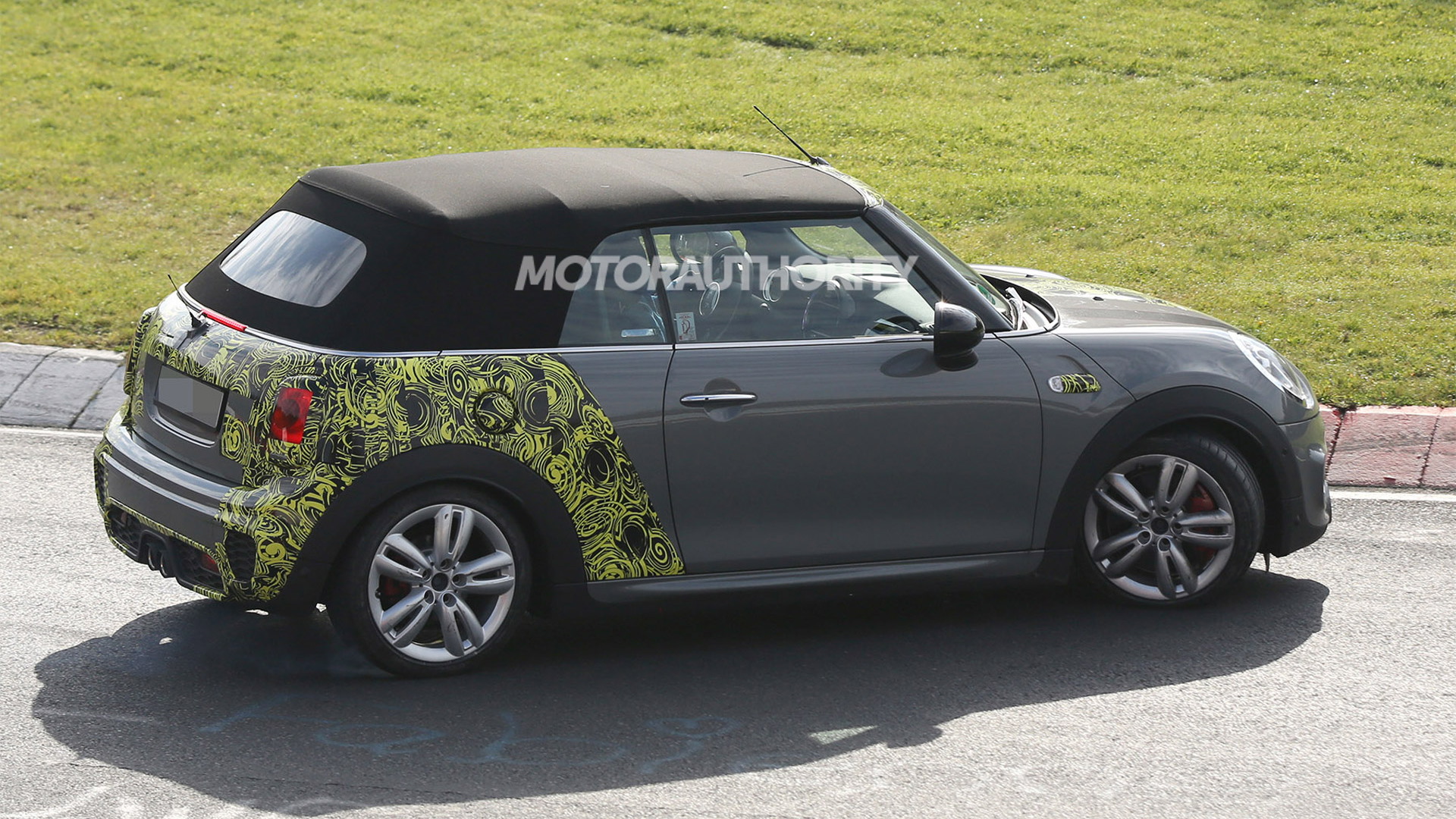 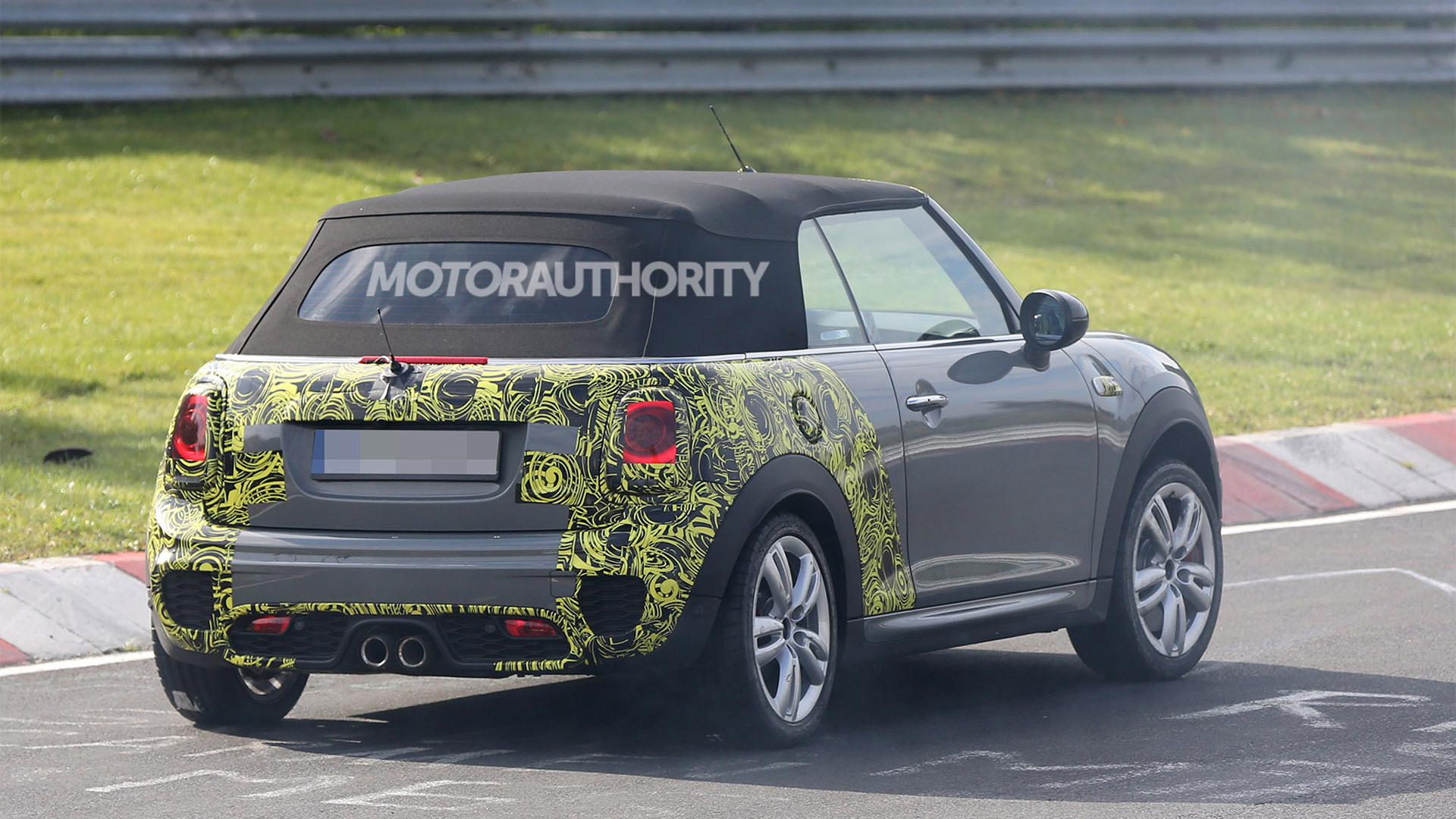 A new generation of the MINI Convertible is just around the corner, and once again there will be all the separate variants such as the base Cooper, sporty Cooper S and high-performance John Cooper Works. It’s the latter that’s featured in our latest round of spy shots, with the car spotted recently testing hard at the Nürburgring.

It turns out the driver was testing a little too hard as he ended up losing control coming 'round a bend. Fortunately, he managed to save the car from a crash and was able to continue with the test.

MINI has already revealed the latest John Cooper Works Hardtop, which is essentially the fixed-roof version of this John Cooper Works Convertible. The engine choice is a turbocharged 2.0-liter four-cylinder, which in the United States will be tuned to deliver 228 horsepower and 236 pound-feet of torque.

The standard setup will come with a six-speed manual transmission and send drive to the front wheels only. A six-speed automatic will be available, though. Some of the performance features will be an electronic differential lock, Brembo brakes, 17-inch light alloys, sports-tuned suspension and a sports exhaust. Potential buyers can look forward to 0-60 mph acceleration in about 6.0 seconds and a top speed of 153 mph.

The 2016 MINI JCW Hardtop is priced from $31,450, including destination. Opting for the convertible will add a slight premium to this figure.

Look for a debut early next year. Also in the works is a JCW Clubman, spy shots of which you can view here.