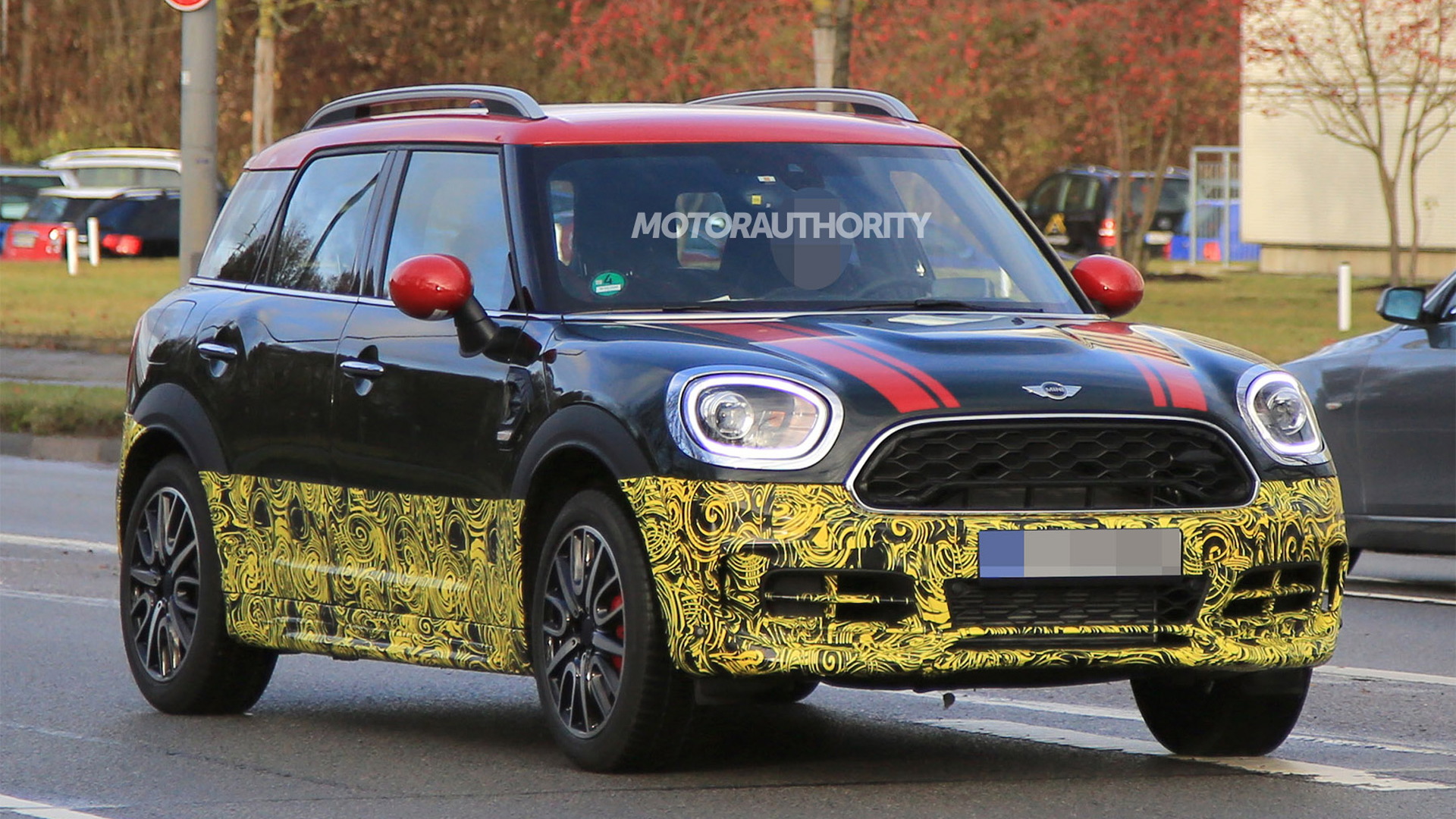 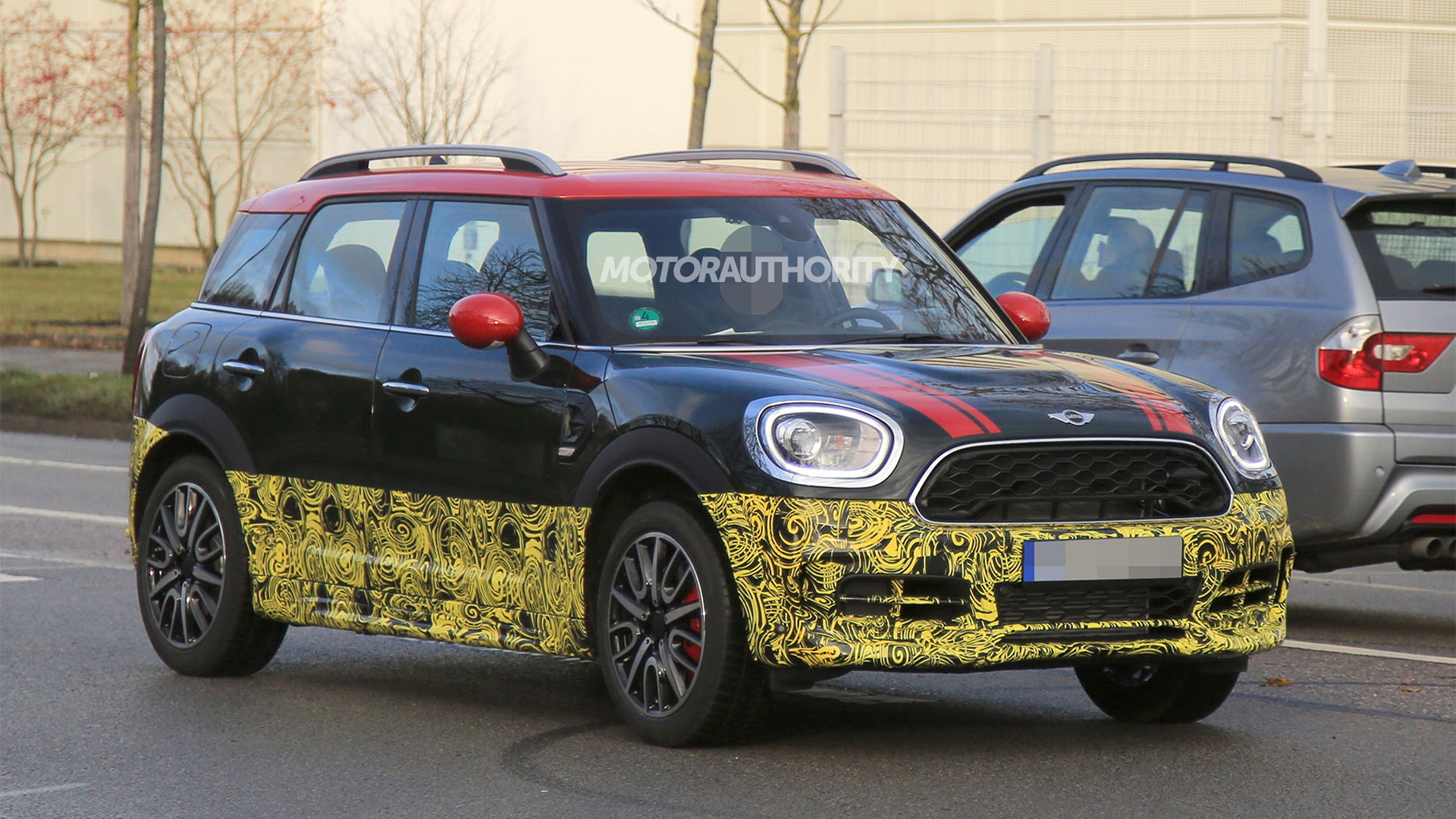 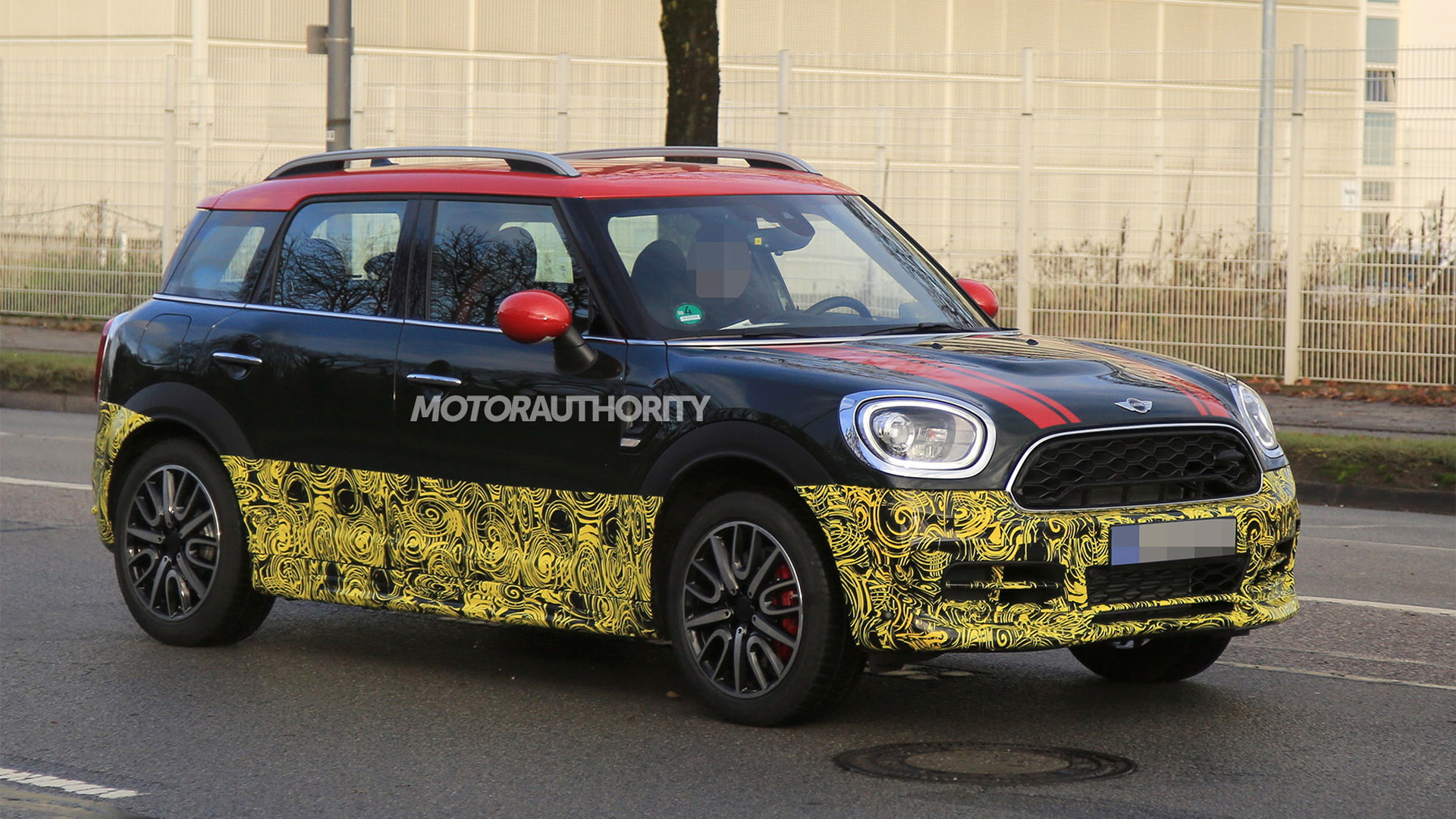 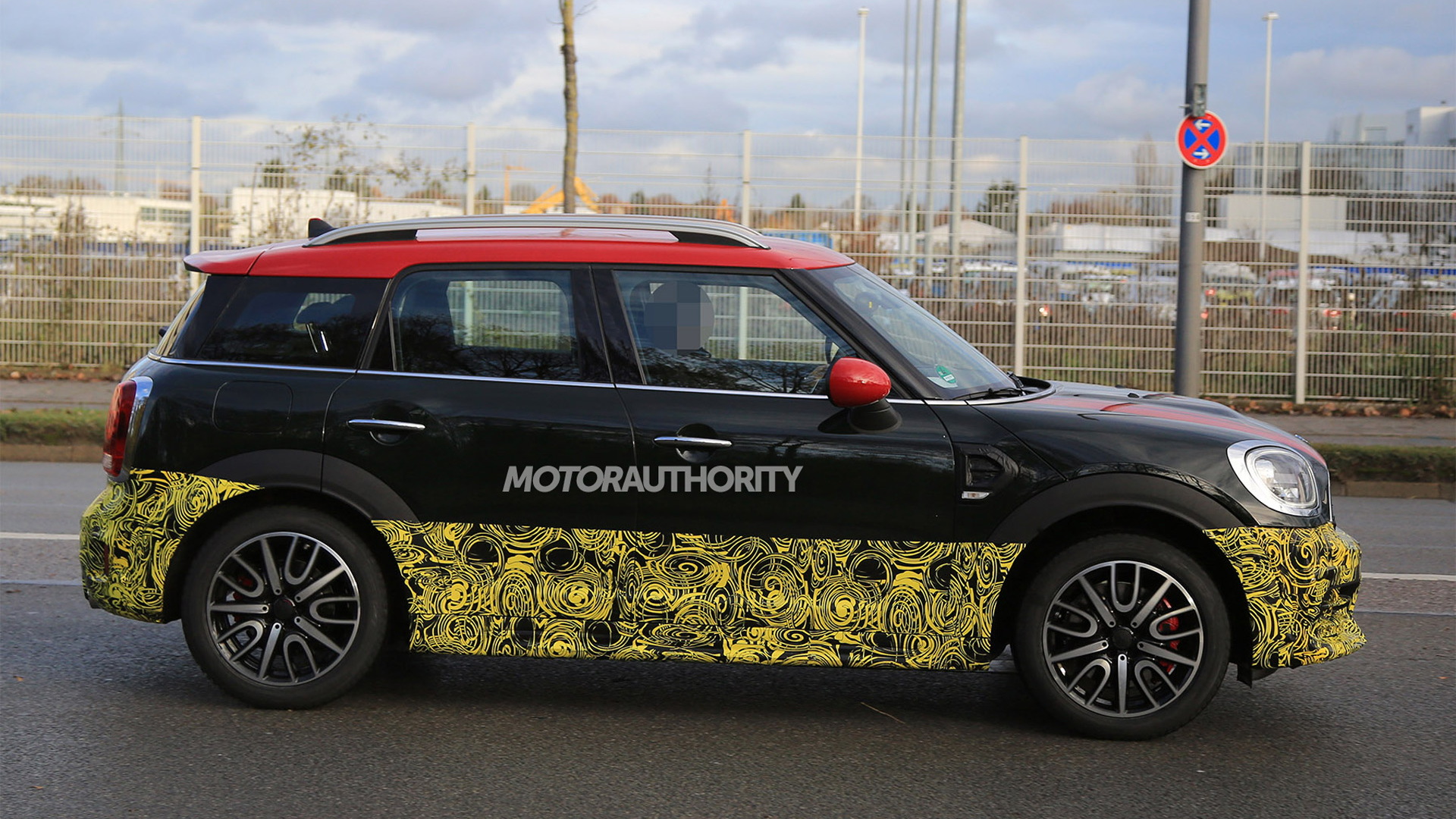 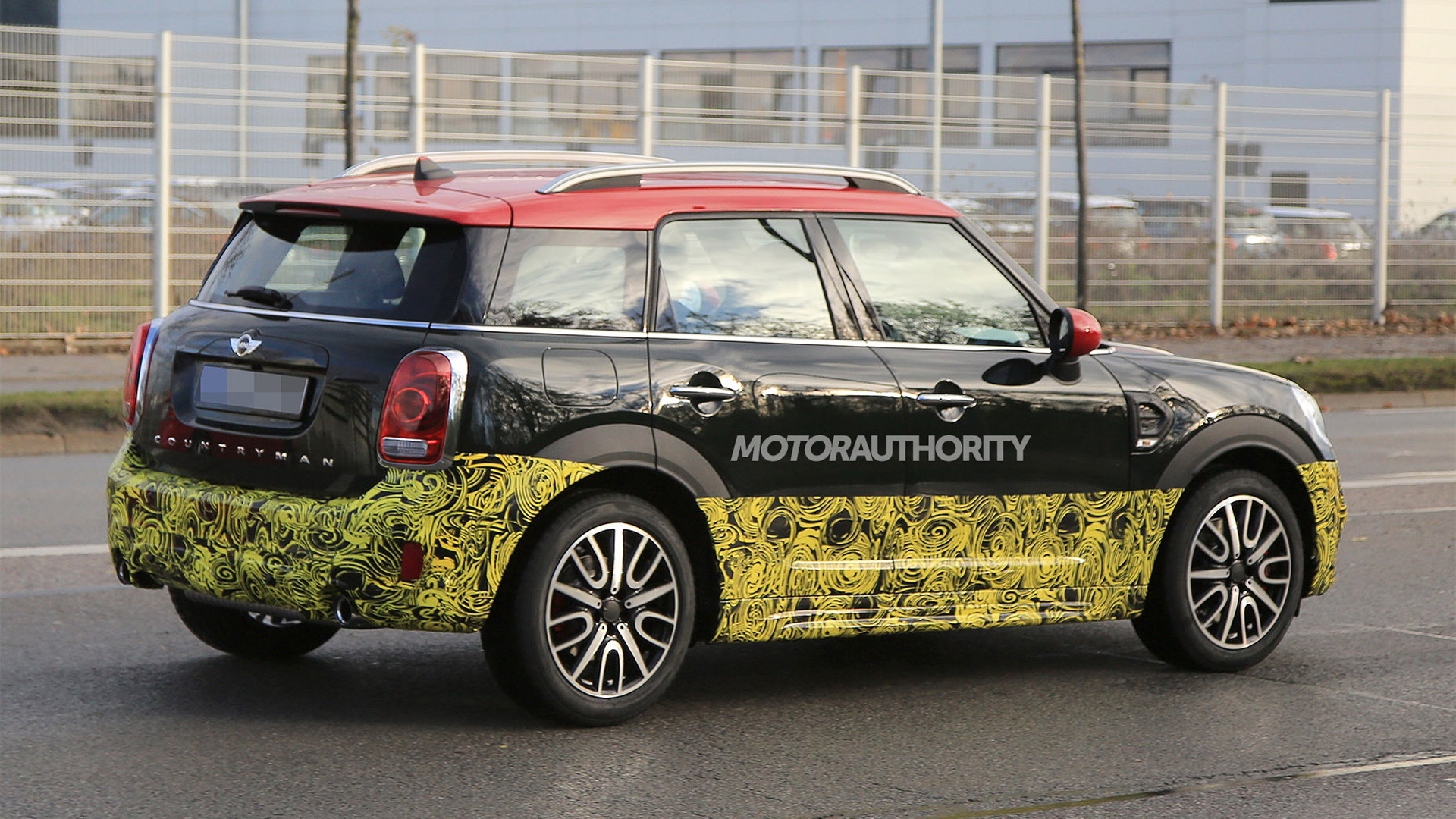 Soon, the redesigned Countryman range will also include a high-performance John Cooper Works model, a prototype for which has just been spied.

We know this is the JCW Countryman because of its unique front bumper, which sports a more aggressive look than the bumper seen on the regular Countryman. We can also see upgraded wheels, tires and brakes. The latter features bright red calipers.

Expect the JCW Countryman to share its engine with the latest JCW Hardtop. That means a turbocharged 2.0-liter inlinr-4 delivering 228 horsepower or more. In the JCW Countryman, drive should be to all four wheels. The transmission will either be a 6-speed manual or 8-speed automatic with paddle shifters.

The redesigned Countryman, including this JCW model, rides on the BMW Group’s UKL platform designed for compact cars. The platform is found in the latest Mini models as well as several BMWs. In fact, the new Countryman is closely related to the latest BMW X1.

Look for a debut in early 2017 and pricing to come in at a slight premium to the $36k starting price of the outgoing model.