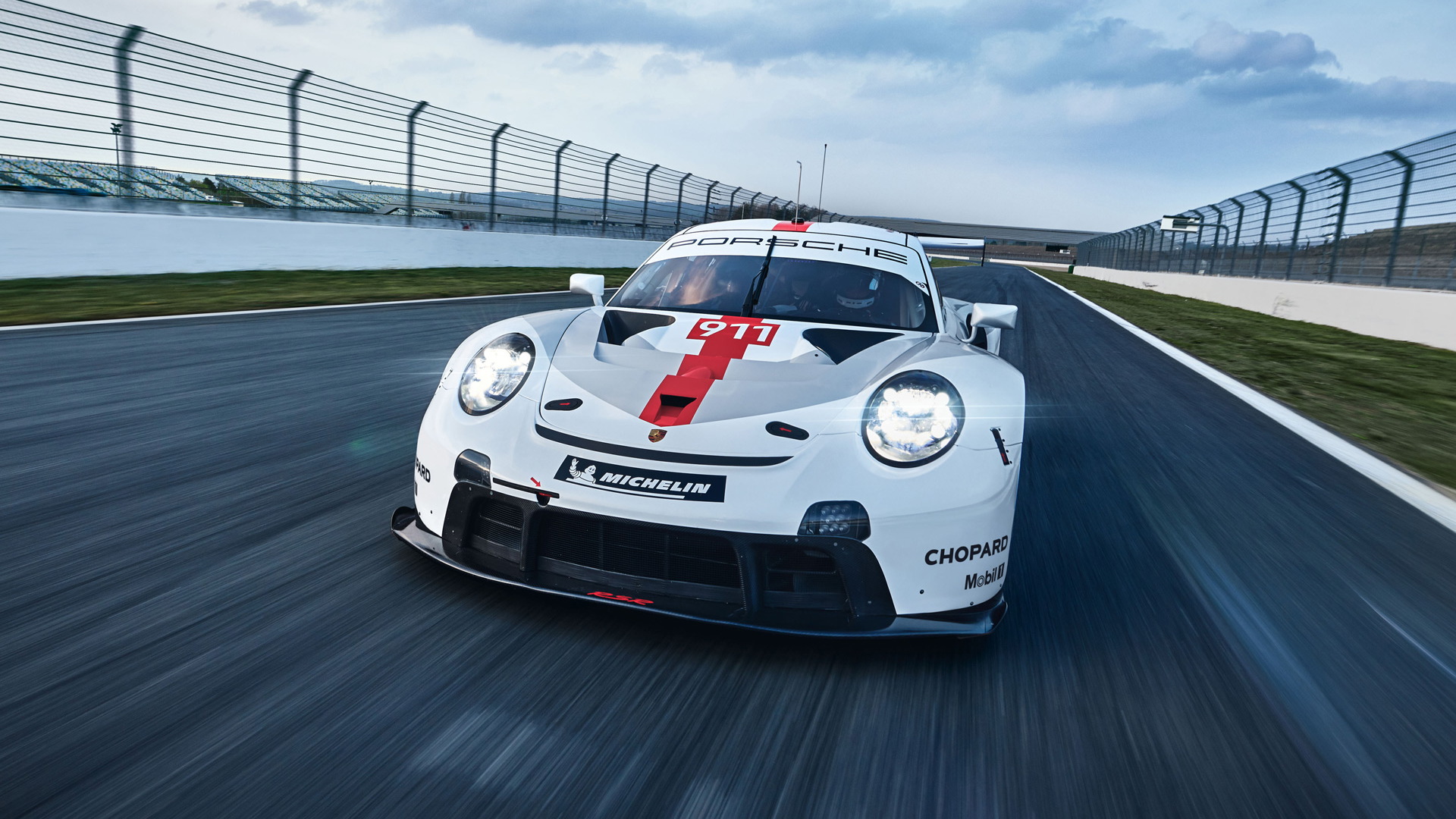 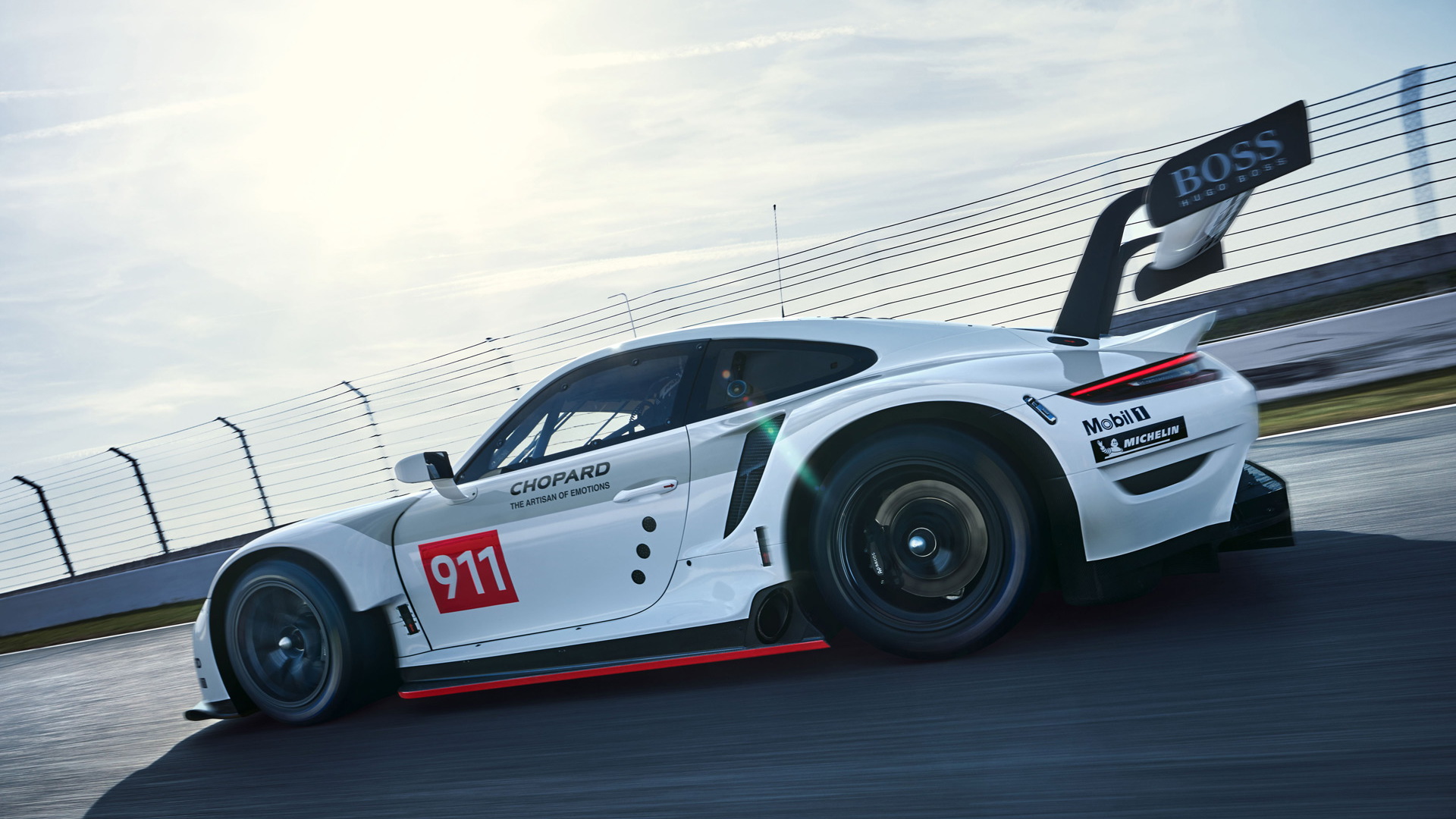 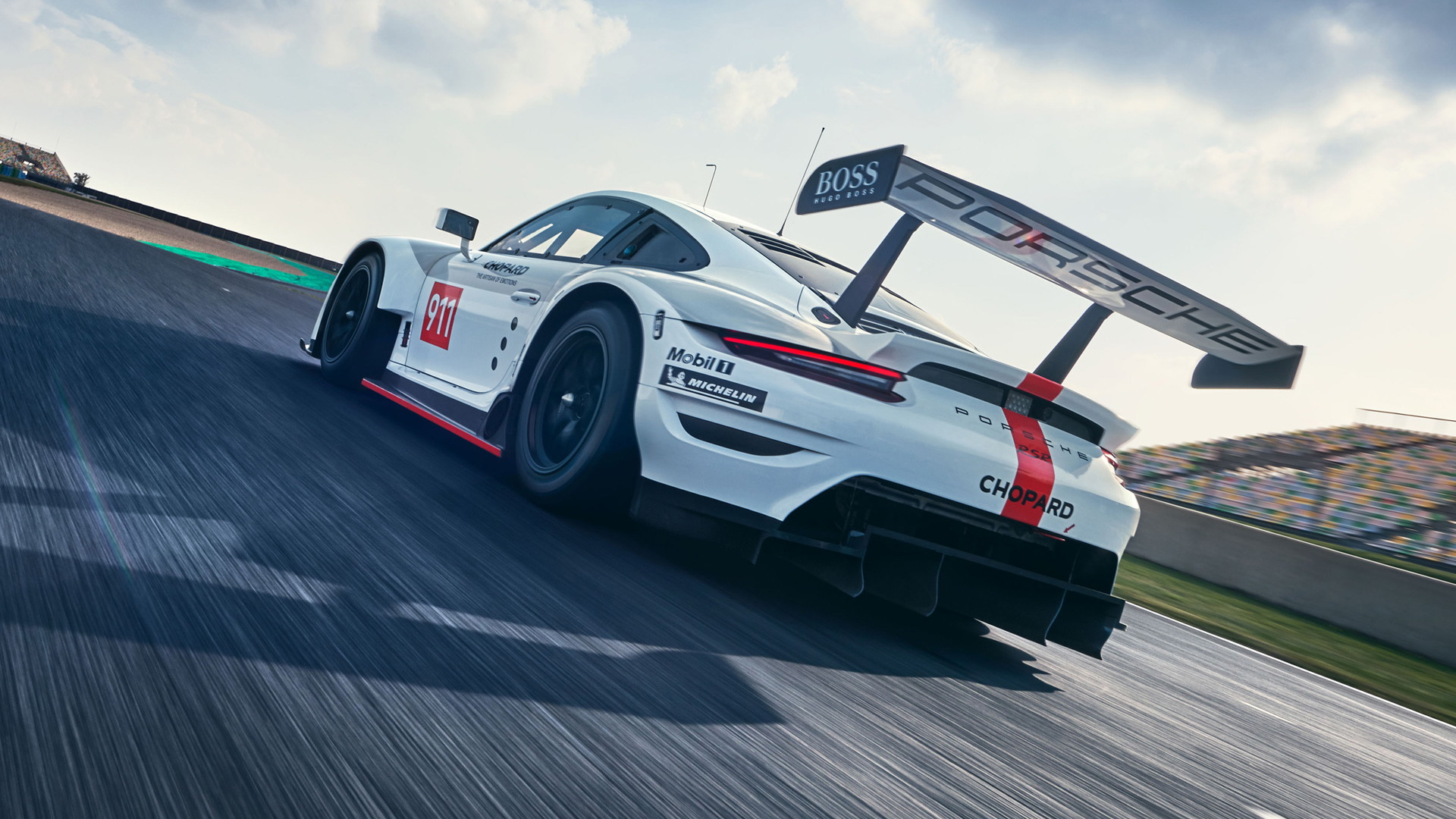 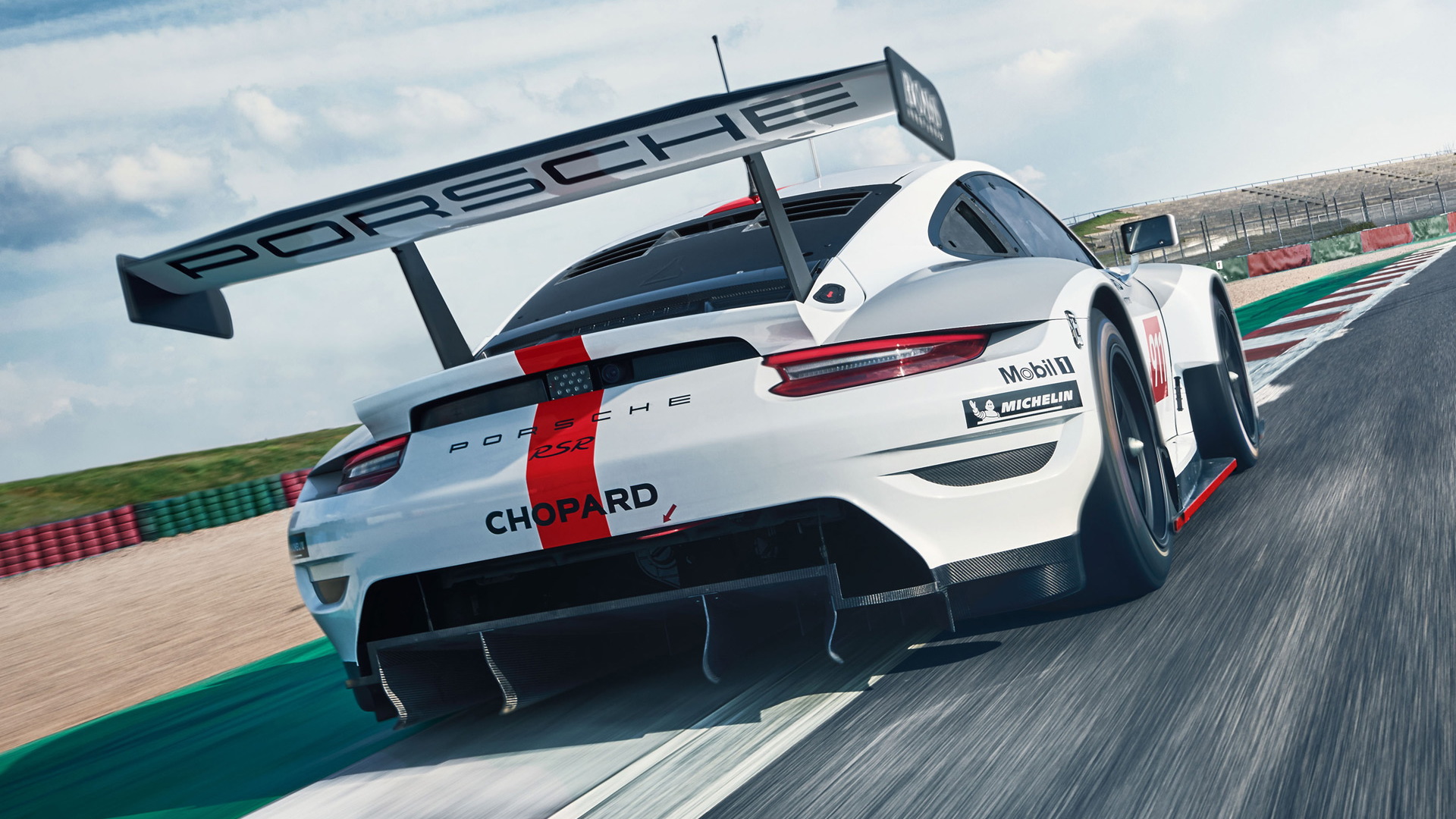 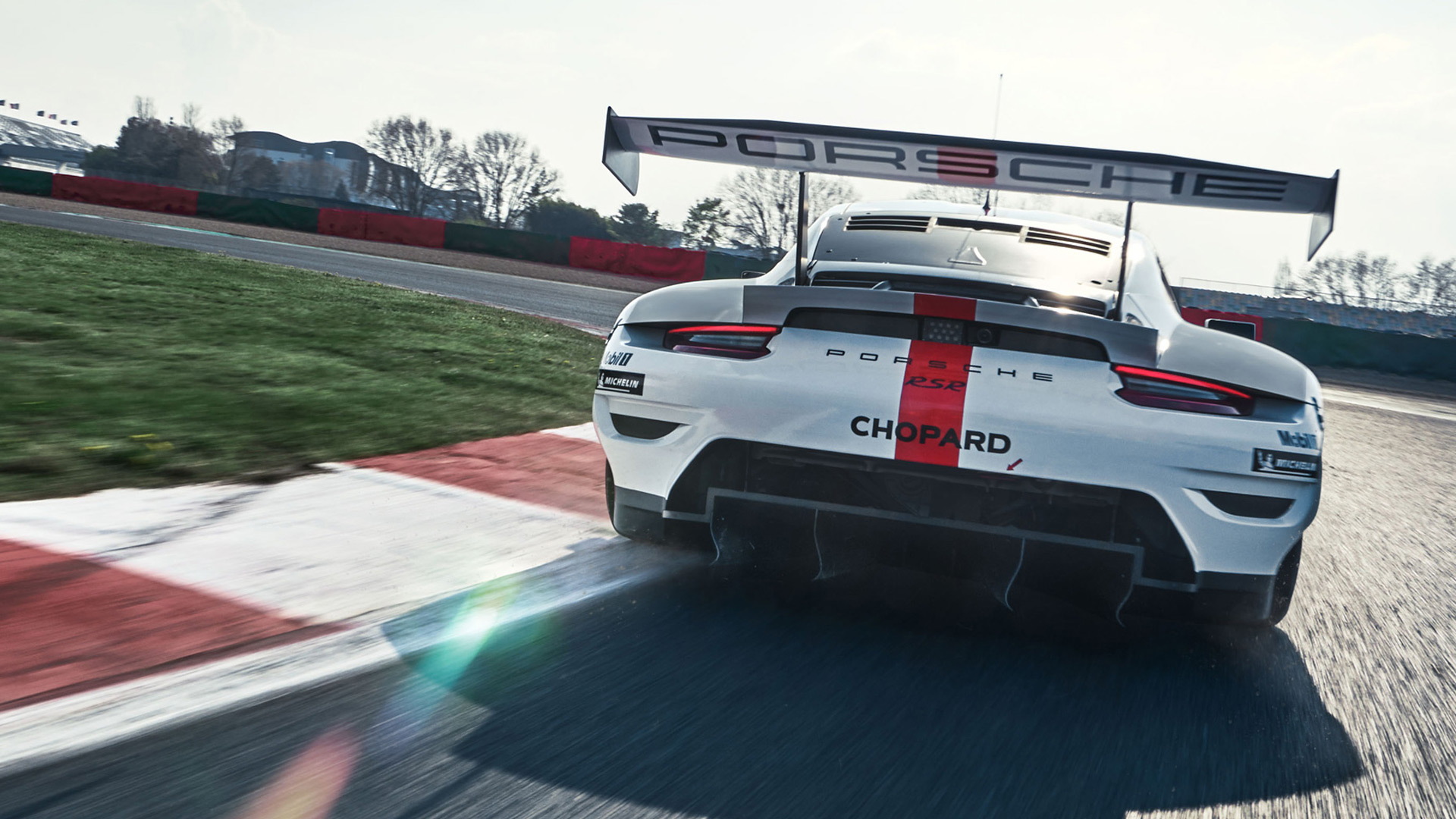 Porsche has just launched a new generation of its 911, the 992 series, but as far as the motorsport department is concerned, the outgoing 991 series still has plenty of life left in it. As a result, Porsche's latest 911 RSR race car, which was unveiled on Saturday at the 2019 Goodwood Festival of Speed, sticks with the 991 platform.

The outgoing 911 RSR was driven to victory in the GTE class of the 2018/2019 WEC season. It was also a class winner in the 2019 24 Hours of Le Mans, so the incoming car has some very big shoes to fill. Naturally, Porsche has made improvements in almost every area. In fact, the only parts carried over are the headlights, clutch and brakes.

Among the major changes is a new 4.2-liter flat-6 engine that replaces the previous 4.0-liter unit and is mounted in front of the rear axle, i.e. a mid-engine setup. This landmark change in engine position was introduced on the 911 RSR for the 2017 motorsport season. Depending on the air restrictor used, the new engine generates 515 horsepower and has a wider power band compared to its predecessor.

The engine is mated to a 6-speed sequential transmission and spins the rear wheels only. The exhaust system has been changed, too, resulting in reduced weight. It has also allowed for a bigger rear diffuser to be fitted. The new diffuser, coupled with optimization of the airflow at the front and sides of the car, resulted in aerodynamic efficiency and stability increasing considerably over the outgoing car, according to Porsche.

The body is almost entirely made from carbon fiber-reinforced plastic. It's been designed in such a way that panels can be swapped out quickly to ensure efficient pit processes in long-distance racing. For example, the front fenders contain their respective headlights in a single piece.

Inside the car, Porsche overhauled the safety areas. The collision warning system has been enhanced to ensure incoming vehicles are detected early enough. The roll cage, FIA-spec side impact panel, 6-point safety harness, roof hatch, and additional impact protection for the legs have all been looked at as well.

The Porsche factory team plans to field two cars in the eight rounds of the 2019/2020 WEC season, with drivers Michael Christensen, Kevin Estre, Gianmaria Bruni and Richard Lietz confirmed. In the 2020 WeatherTech SportsCar Championship, Porsche will also field two cars, with drivers to be announced at a later date.