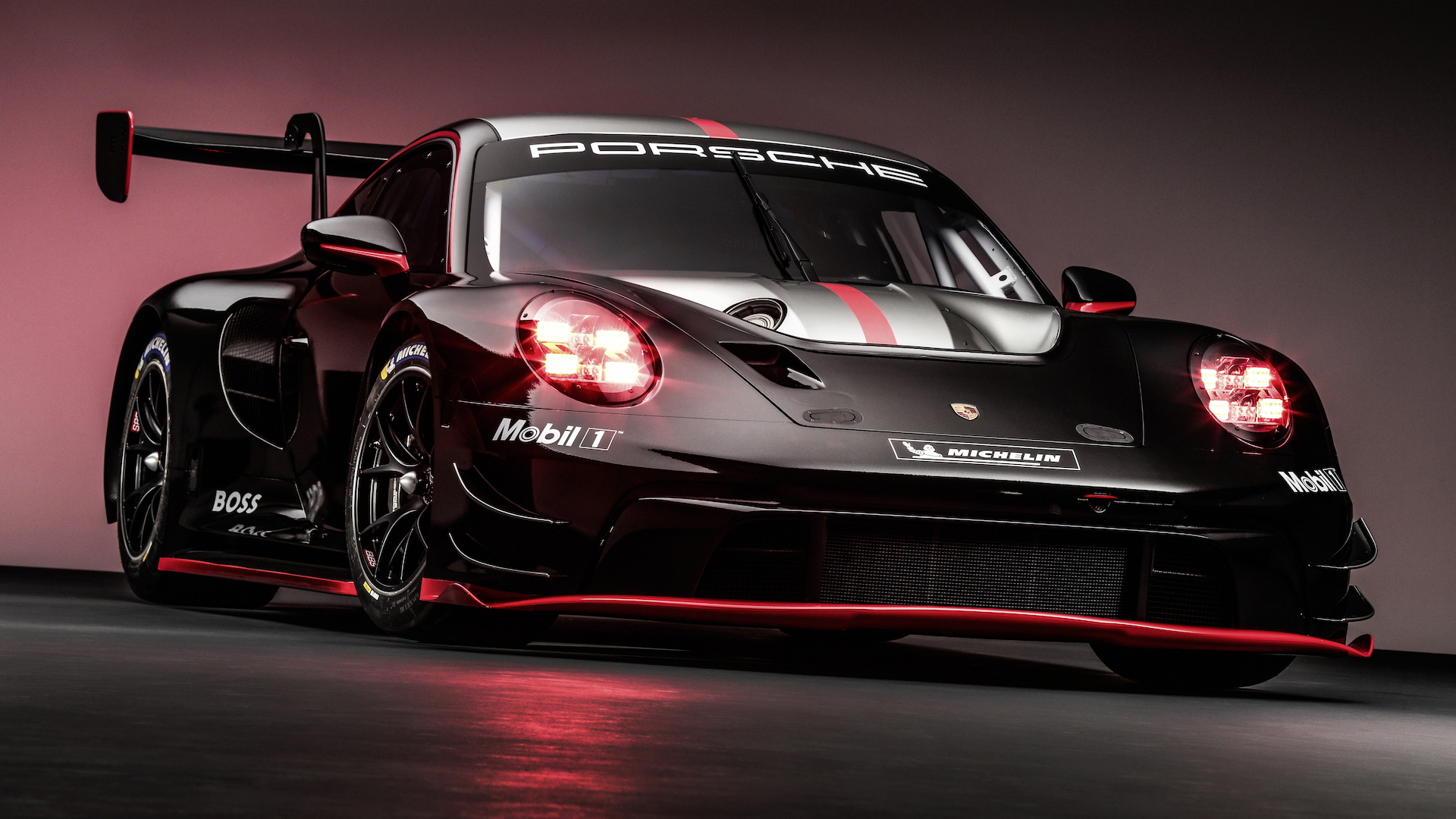 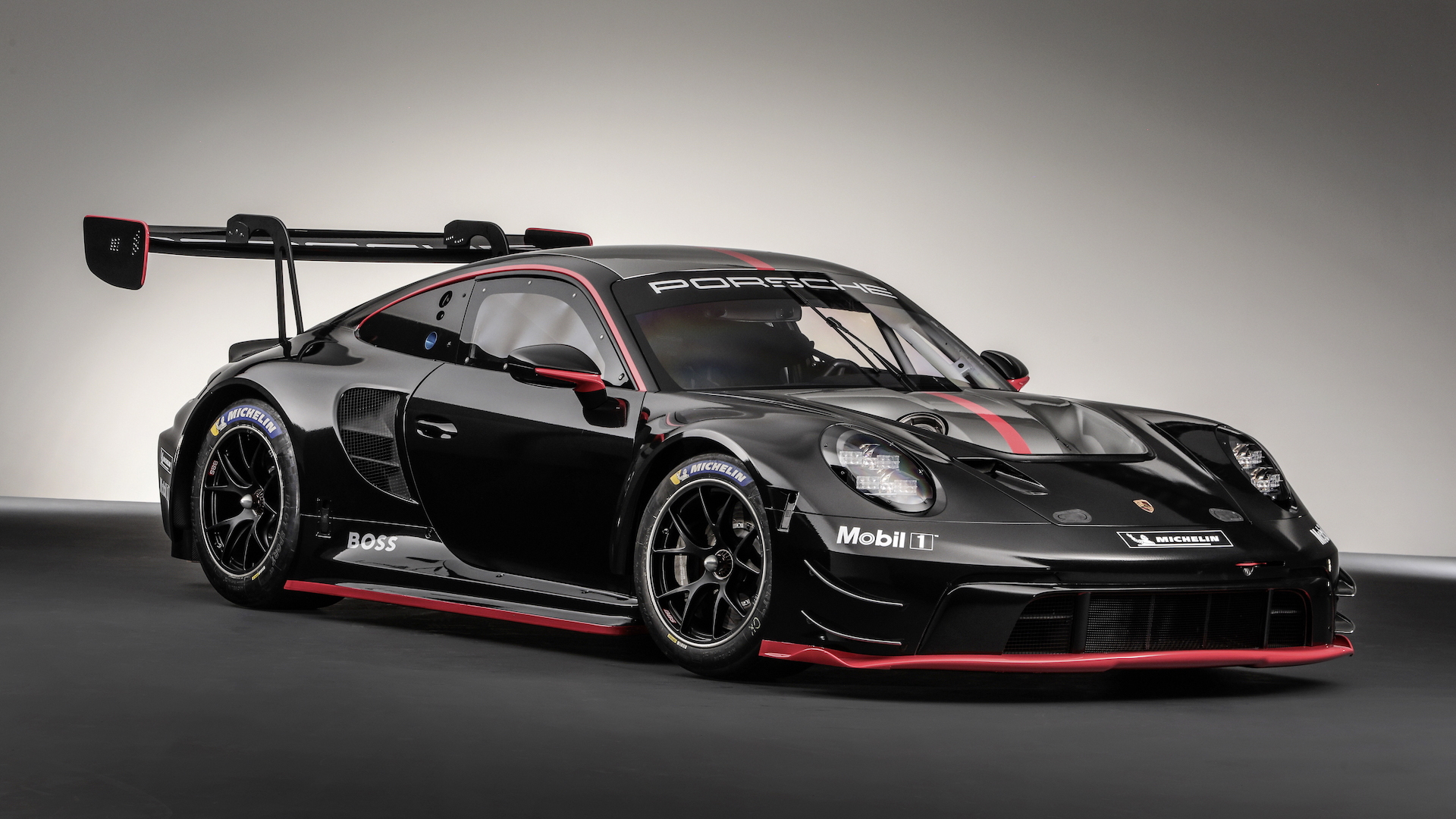 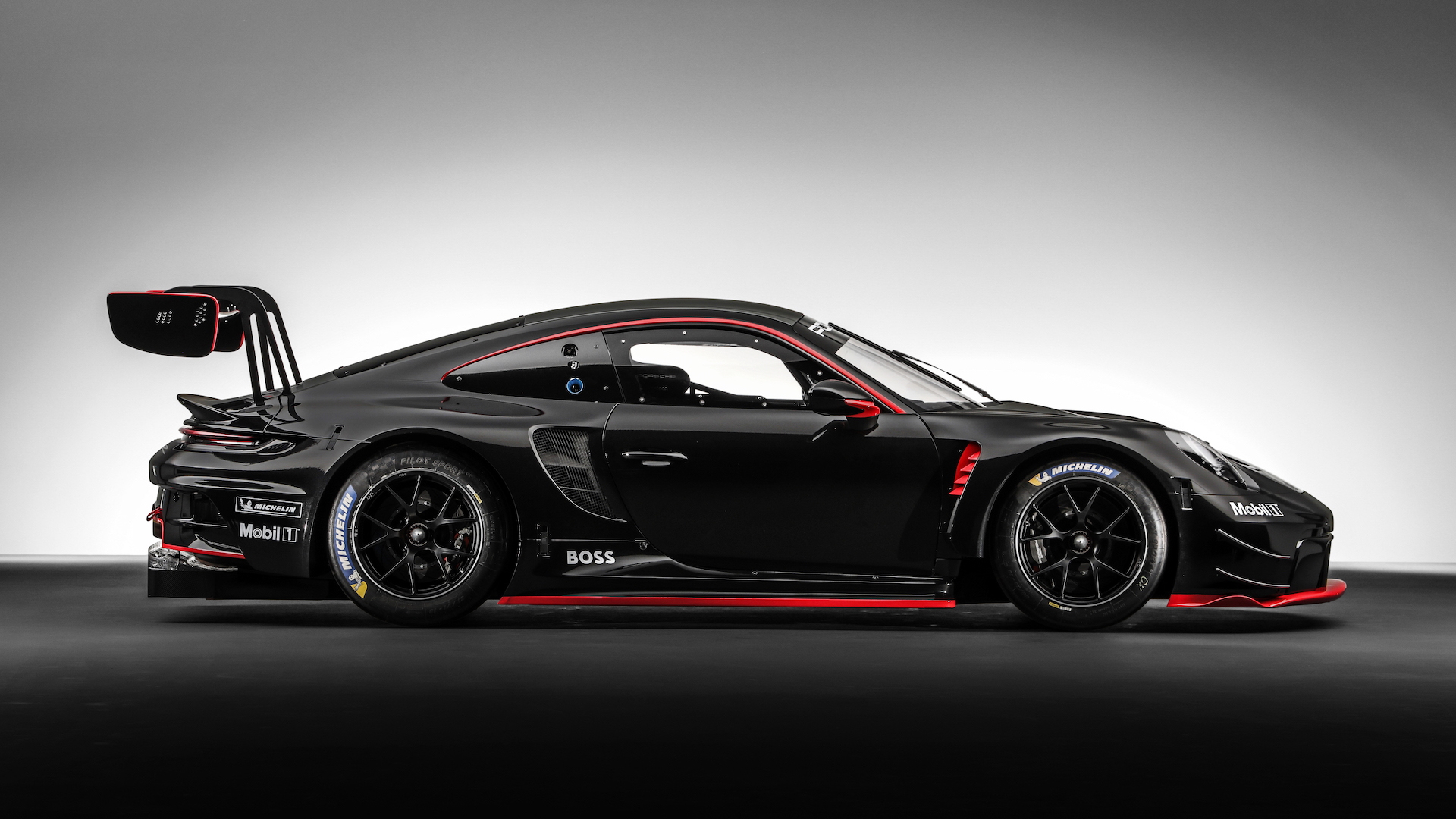 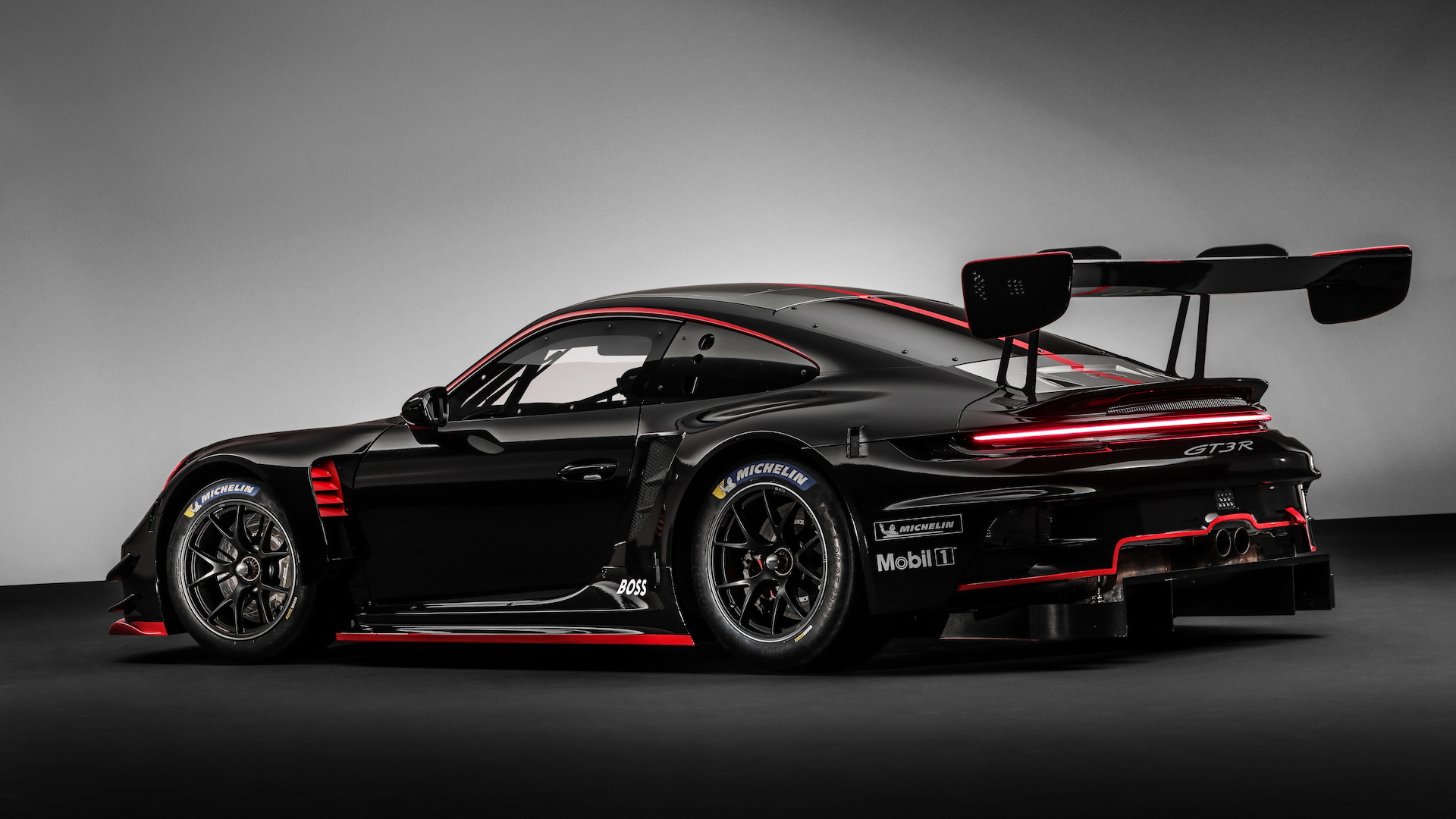 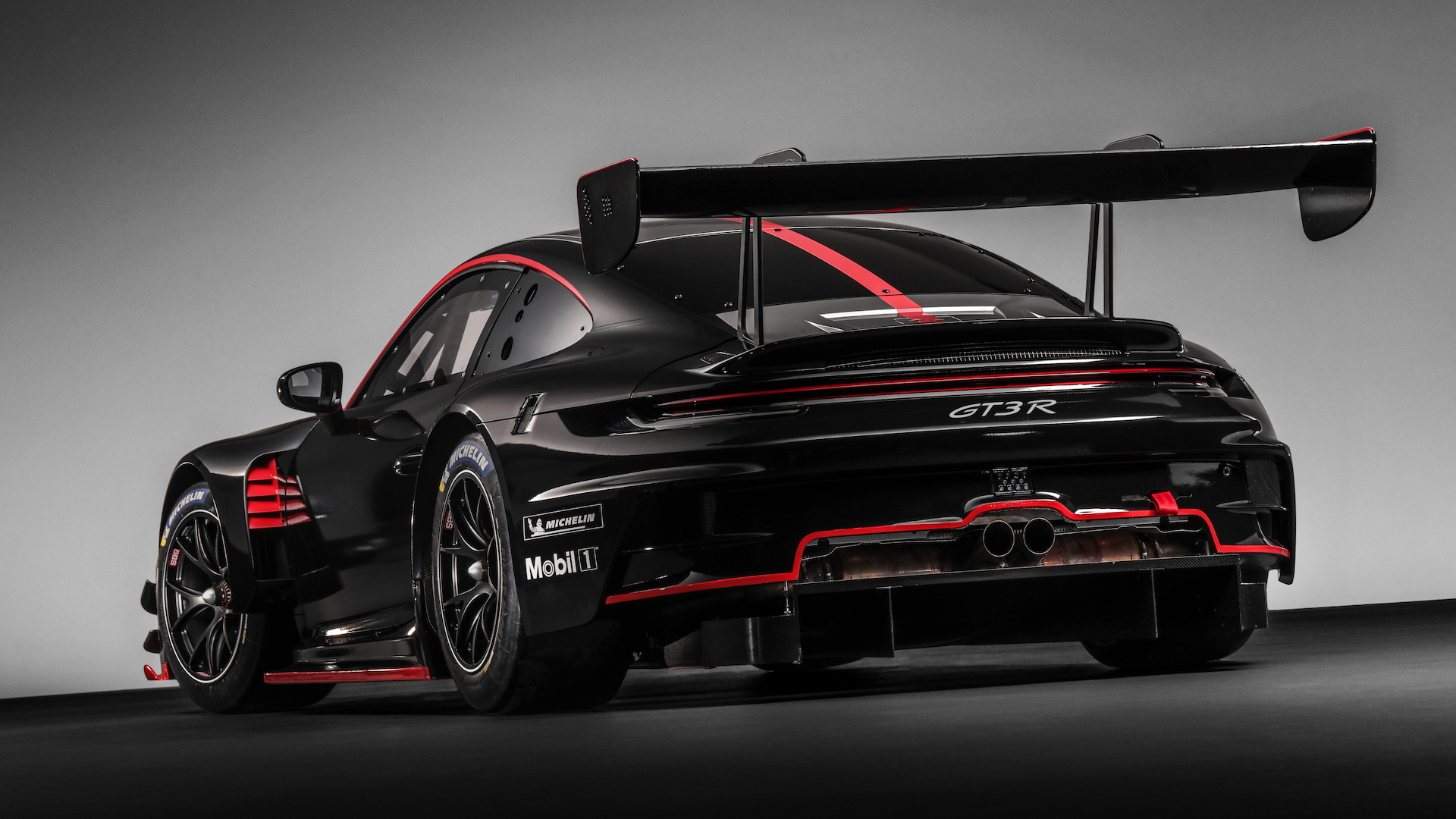 Porsche has revealed its redesigned 911 GT3 R race car based on the latest 992 generation of the 911.

It's priced from $567,210 and can be delivered in time for the 2023 season. Events you'll typically see it in include North America's IMSA series, as well as the global Intercontinental GT Challenge, and endurance races like those held at the Nürburgring.

The 911 GT3 R is designed for GT3 competition and represents the middle tier of 911 customer race cars, sandwiched between the 911 GT3 Cup and 911 RSR. Crucially, the GT3 R is the 911 racer most closely aligned with the 911 GT3 RS road car, whose 992 generation is set for a debut on August 17 and will feature some of the design traits seen on the race car.

Key traits include the flared wheel arches, vented hood, chunky side skirts, massive rear wing, and equally massive rear diffuser. The car also rides on center-lock wheels wrapped in Michelin racing slicks. The body is mostly steel and aluminum while almost all of the panels attached to the body are made of carbon fiber. The wheel arches are made of aramid fibers, however.

According to Sebastian Golz, project manager for the GT3 R program, the main aim wasn't to make the car faster than its predecessor, as any advantage is erased via Balance of Performance rules. Instead, the engineers focused on improving durability, essentially making the car capable of driving fast for longer.

Key to this was developing a new 4.2-liter flat-6 with a broader usable rev band than the predecessor's 4.0-liter engine. Other measures included more stable and consistent aerodynamic performance, and lower loads on the rear tires.

The new engine delivers 565 hp, up 15 hp on the engine it replaces. In addition to the bigger displacement, the engine also benefits from torque and power curves that deliver improved performance across the rev range. Drive is to the rear wheels via a 6-speed sequential transmission with paddle shifters.

The engine still sits at the rear, behind the rear axle, but it has been tilted forward by 5.5 degrees compared to the engine in the outgoing car, creating more space for the underbody diffuser. The engine's auxiliary components such as the alternator and air conditioning compressor have also been moved further forward and lower in the car to improve weight balance.

Porsche will present the new 911 GT3 R to the public for the first time at the 2022 24 Hours of Spa on this weekend at the Spa-Francorchamps racetrack in Belgium. The first race will be the 2023 24 Hours of Daytona next January.