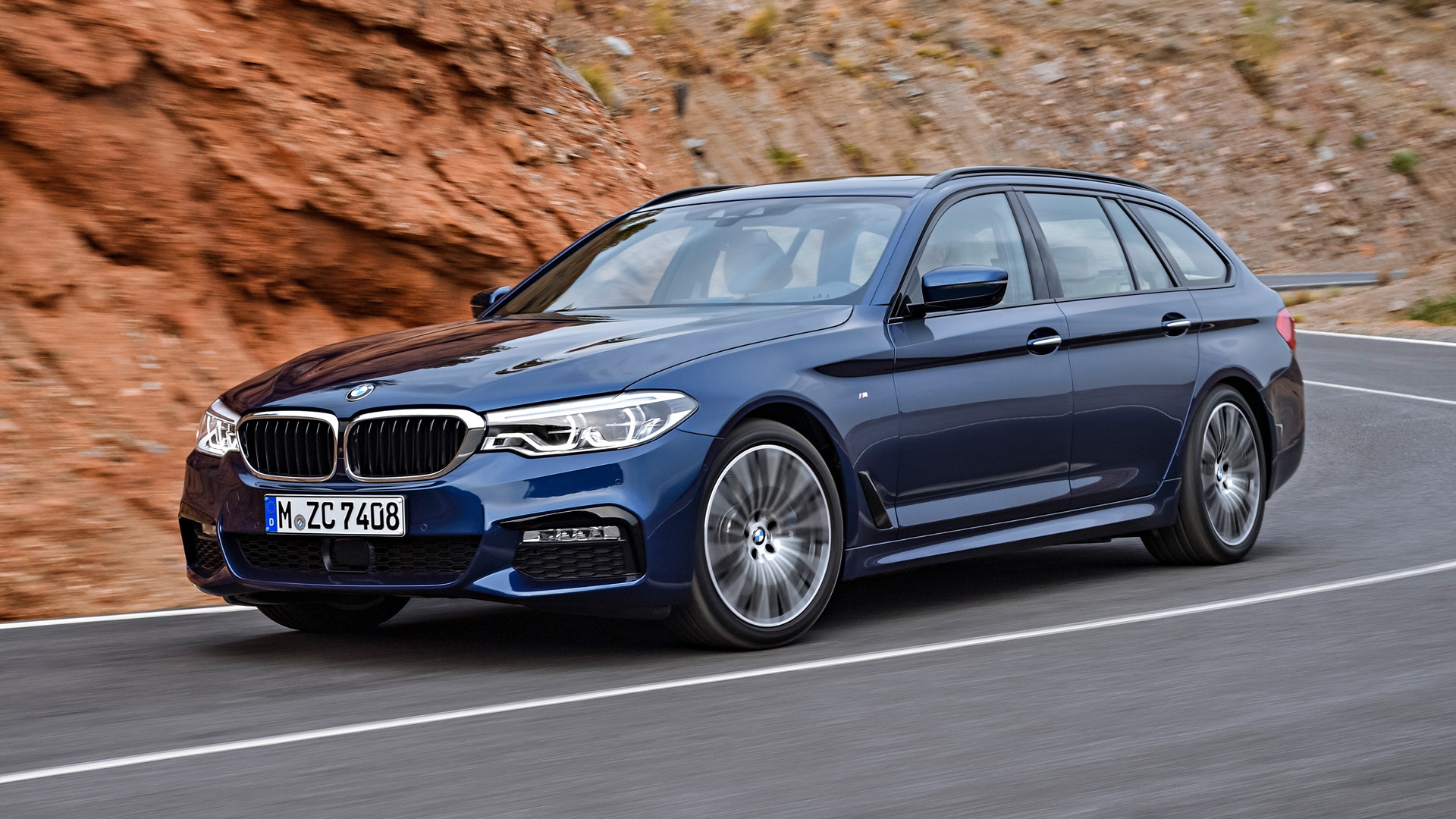 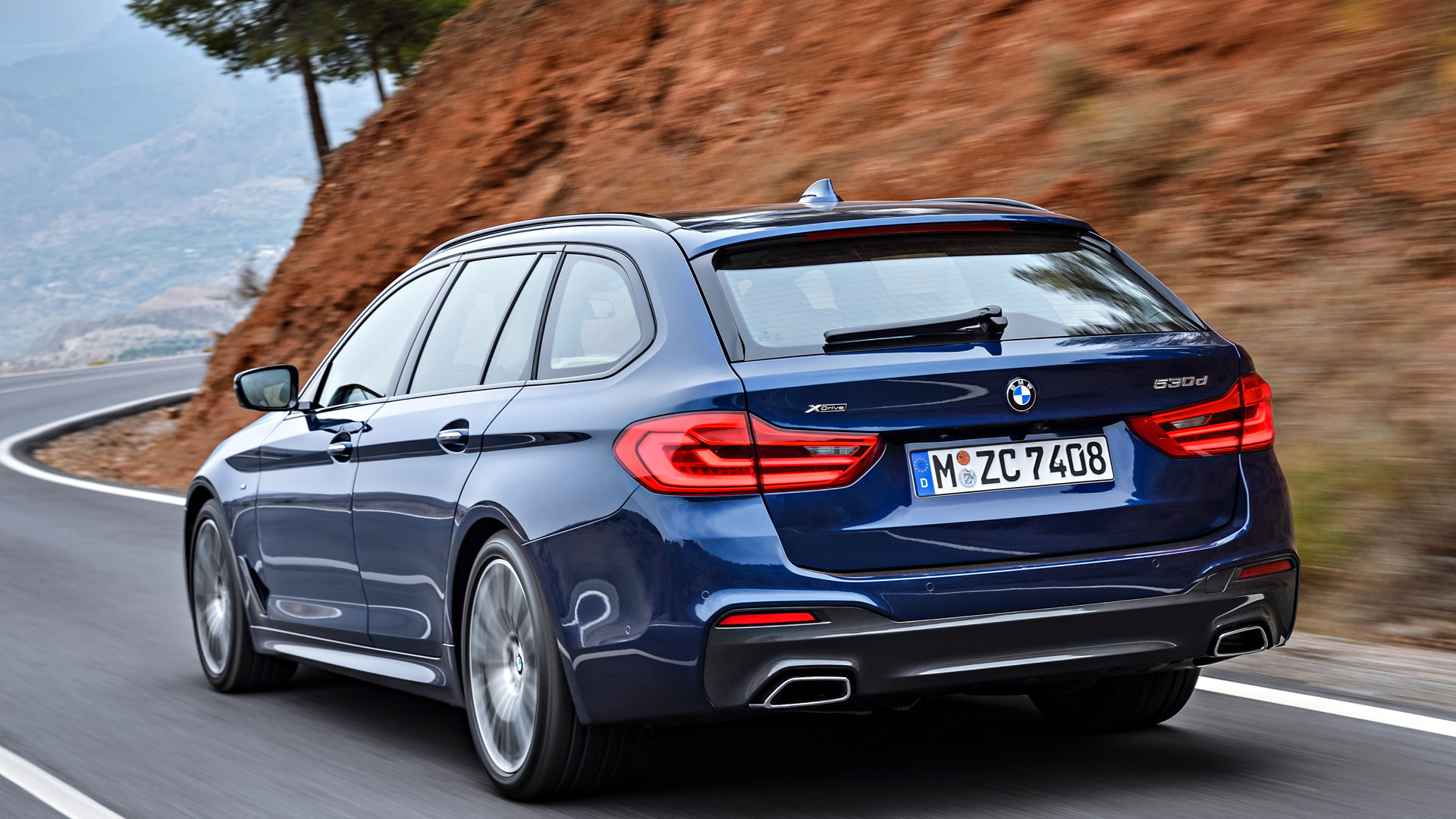 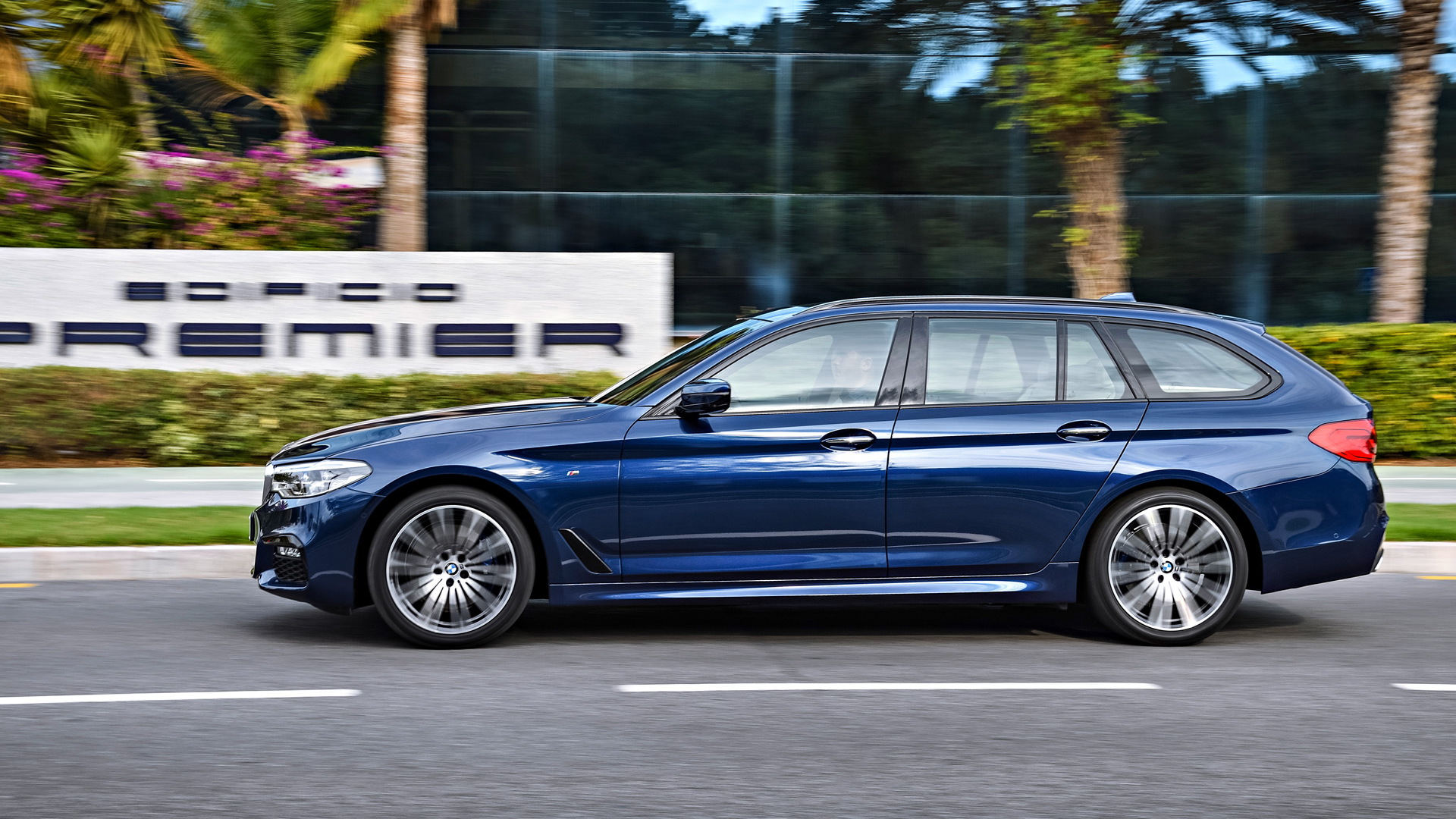 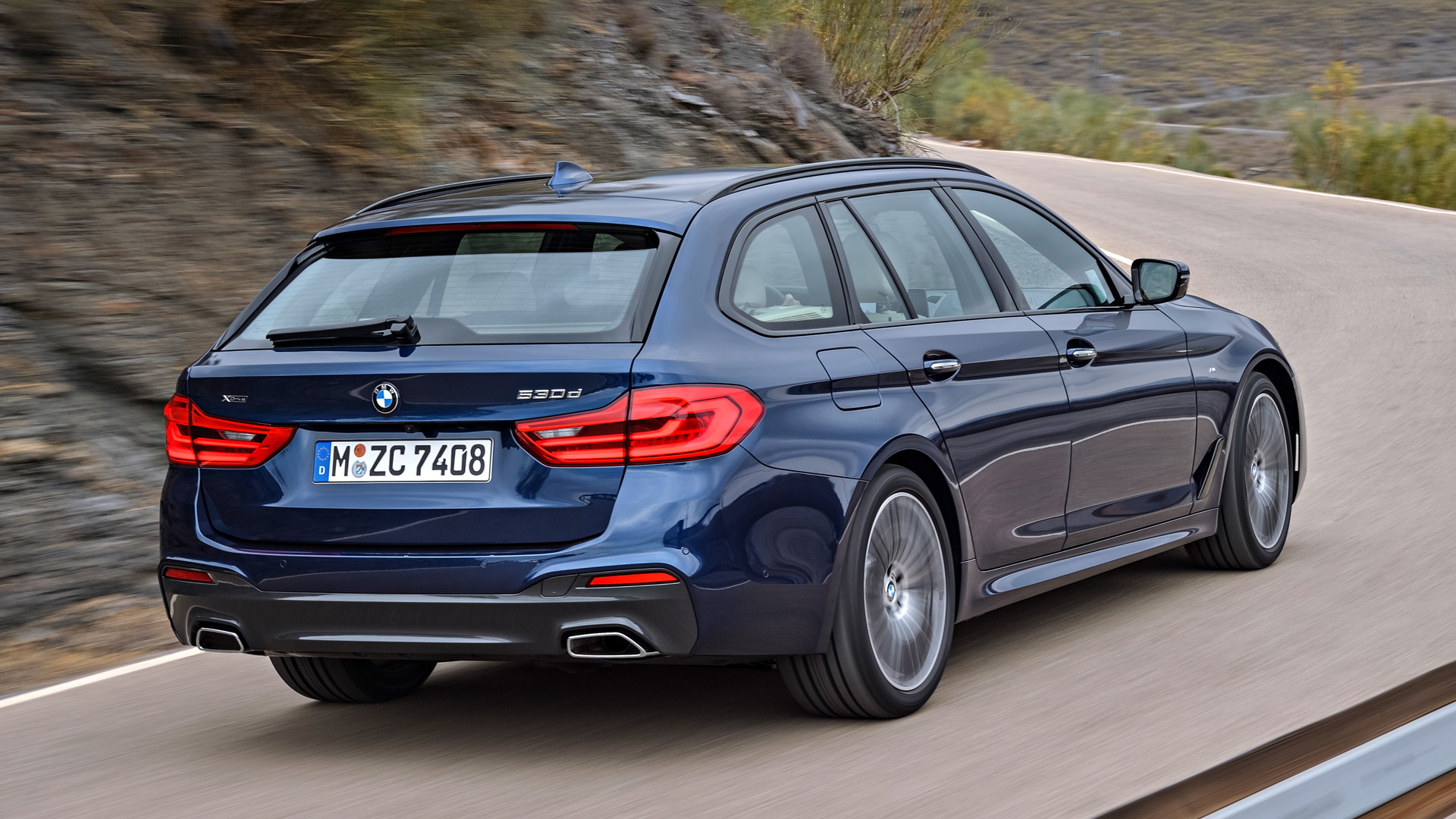 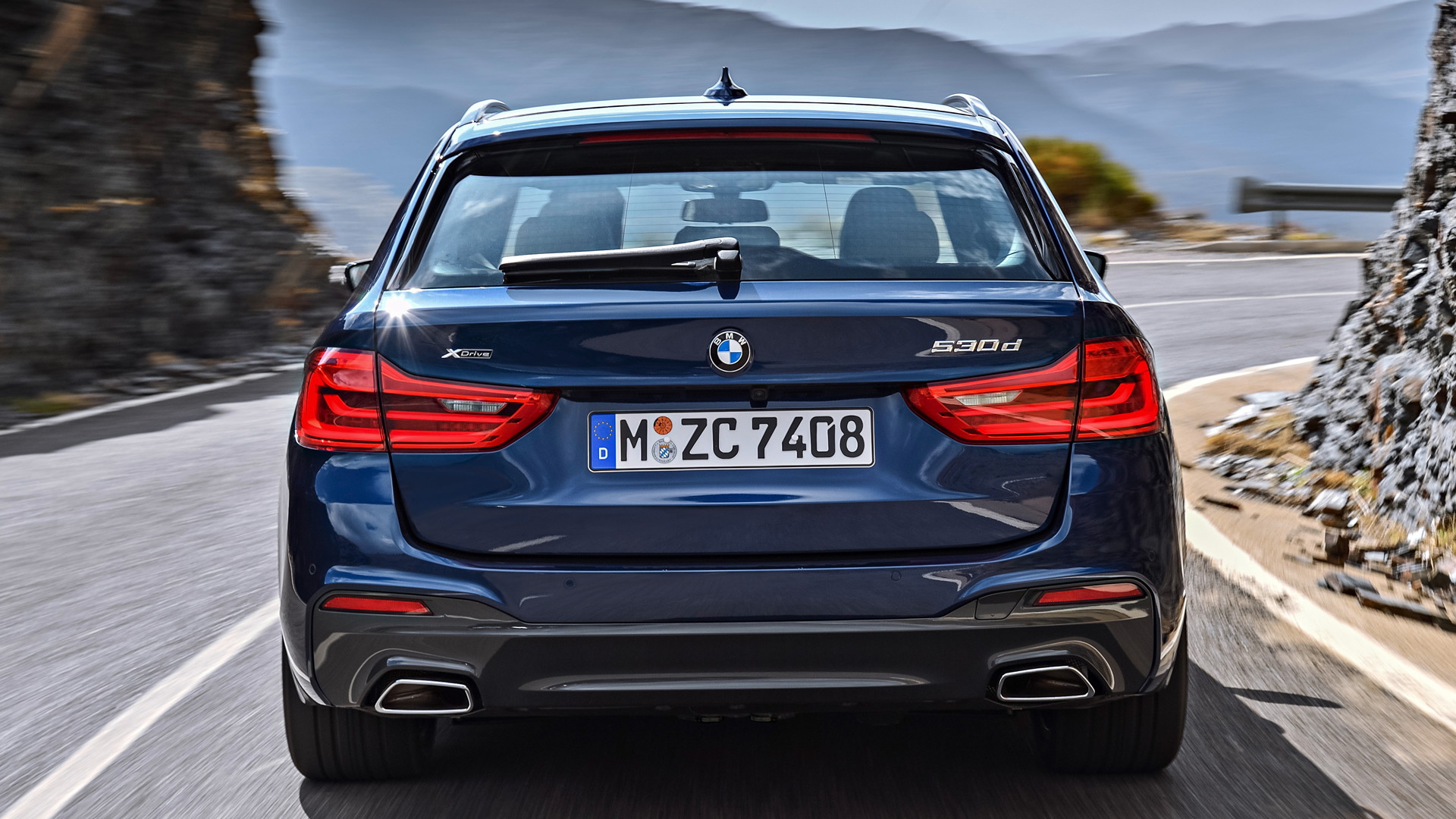 BMW has just launched a new generation of its 5-Series, and today we have our first look at the car’s wagon body style which in most markets is referred to as a 5-Series Touring.

The handsome wagon makes its debut in March at the 2017 Geneva auto show and unfortunately we’re unlikely to ever see it in the United States. Instead, we’re more likely to receive a sleeker, more luxurious successor to the ungainly 5-Series Gran Turismo, a car expected to be badged a 6-Series GT.

BMW hasn’t pulled any surprises regarding the design of its new 5-Series Touring.

A slightly longer wheelbase and rear hatch mean more cargo capacity: With the rear seats up you’re looking at around 20 cubic feet and when folded this expands to 60 cu ft. Carrying capacity is up to 1,600 pounds and air suspension is fitted to the rear axle for automatic self-leveling.

For added convenience, the rear seats can be controlled using a button in the trunk. The rear window and tailgate are also electronically controlled, with the latter able to be opened and closed via hands-free operation.

Apart from these differences, the 5-Series Touring is pretty much identical to its sedan sibling. Thanks to weight-saving measures in its construction, the new model is around 220 lb lighter than its predecessor. The lower weight coupled with a more aerodynamic design and more efficient powertrains means fuel economy has also been improved by around 11 percent.

At launch, the 5-Series Touring will be available with a range of inline-4 and -6 engines, in both gasoline and diesel flavors. Buyers will also have the choice of manual or automatic transmissions, and rear- or all-wheel drive. The most potent model is the 540i xDrive Touring which comes with a turbocharged 3.0-liter inline-6 good for 340 horsepower and 332 pound-feet of torque and 0-62 mph times of around 5.1 seconds.

BMW has also loaded the car with a numerous electronic driver aids including a system that keeps an eye on the lane markings and the area around the car, and actively helps the driver to avoid looming collisions by automatically applying corrective steering inputs. There’s also parking aids for tight spots, including the new remote control function. And there’s also BMW’s On-Street Parking Information service that helps you find available spots by monitoring the position of other vehicles linked with the system.

The Geneva auto show starts March 7. To learn about some of the other vehicles set to appear, head to our dedicated hub.