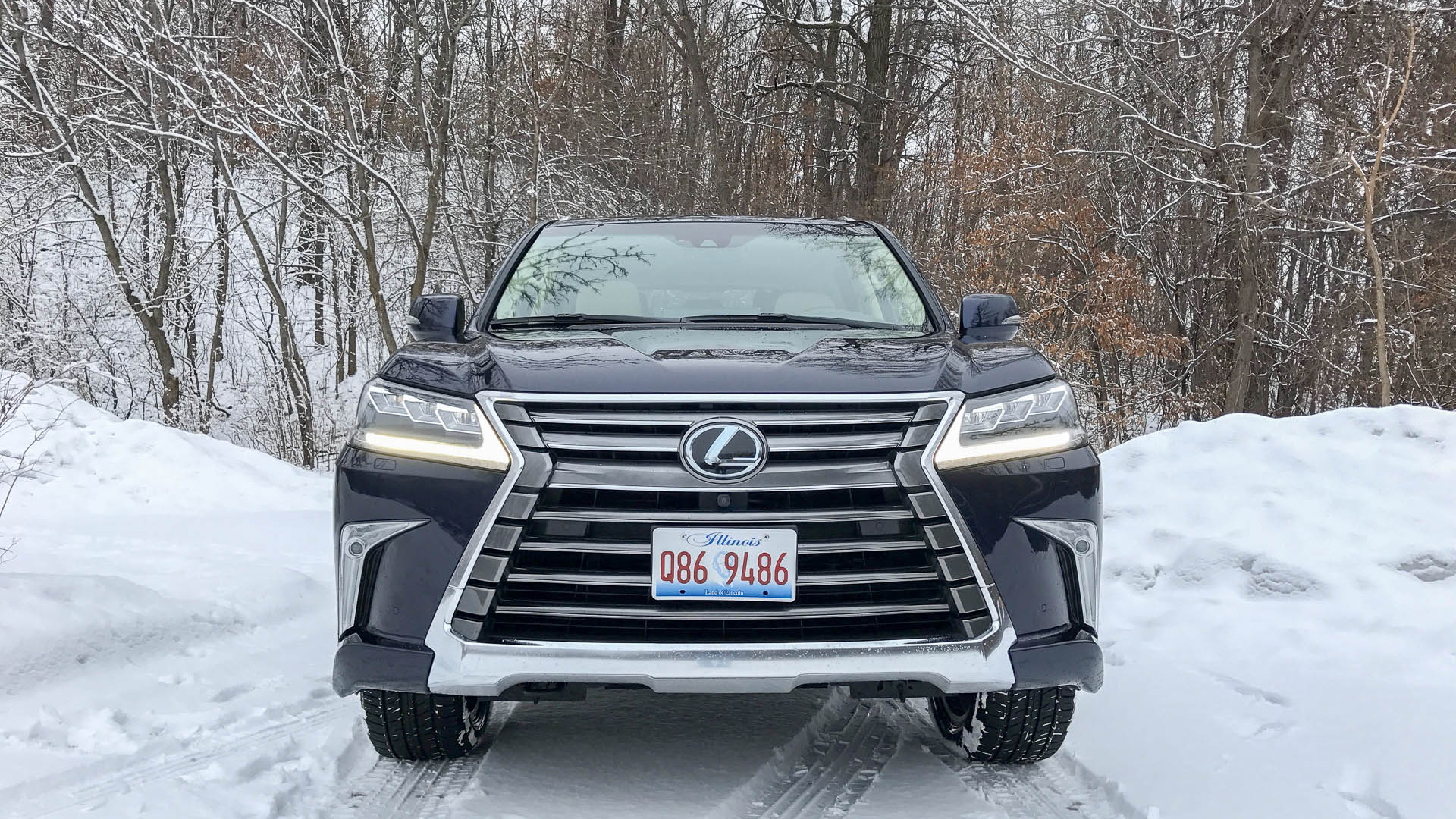 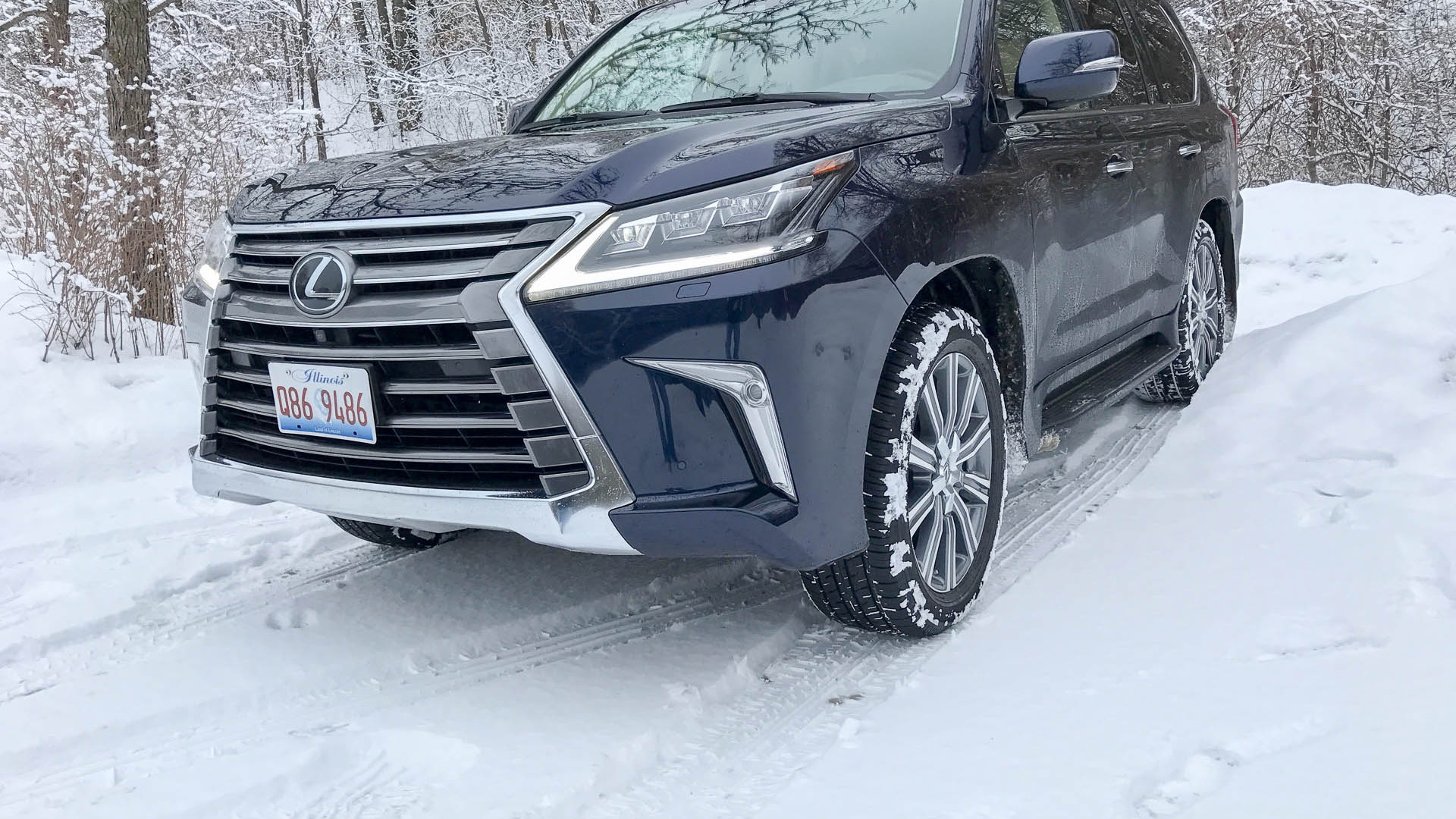 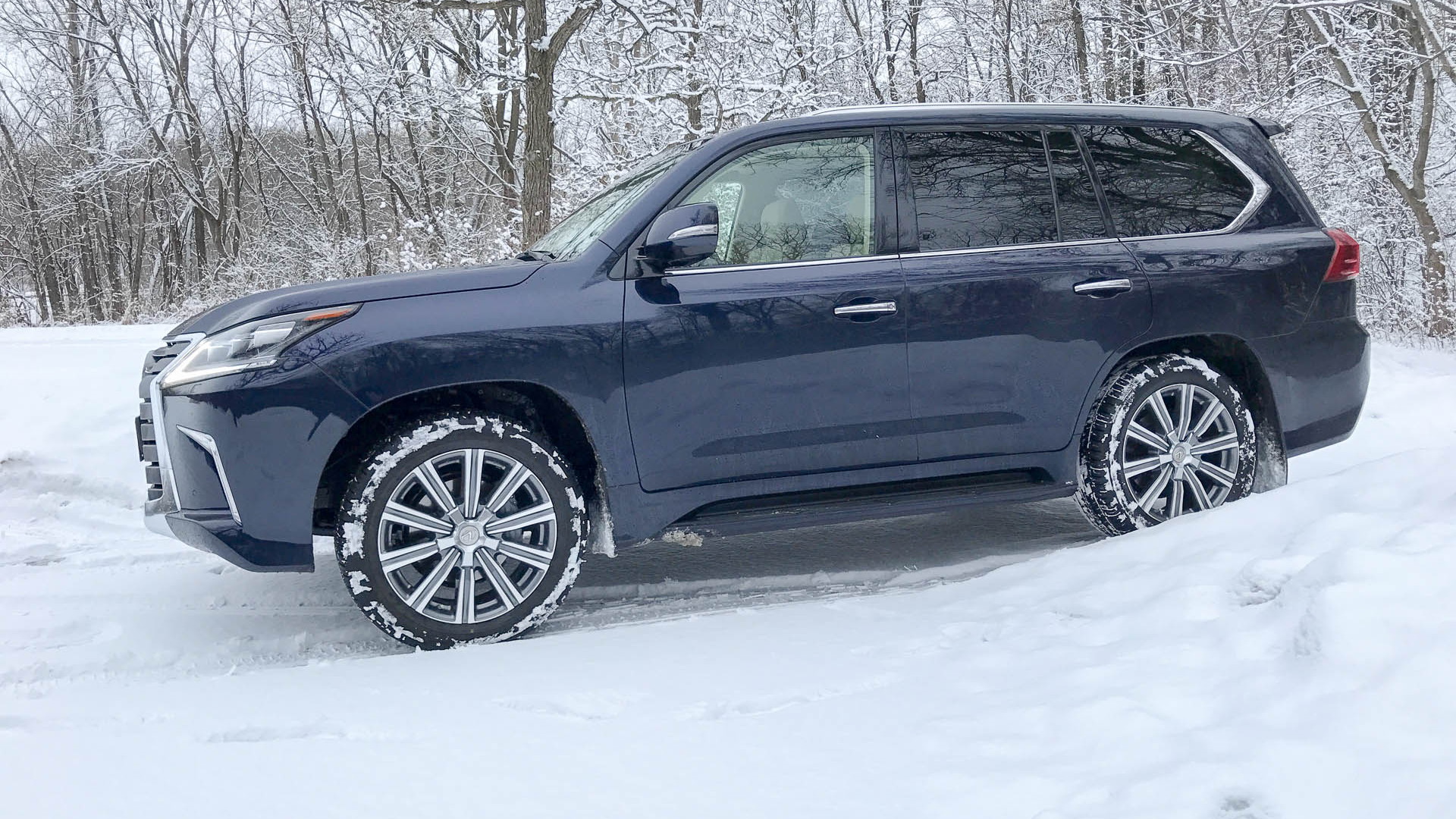 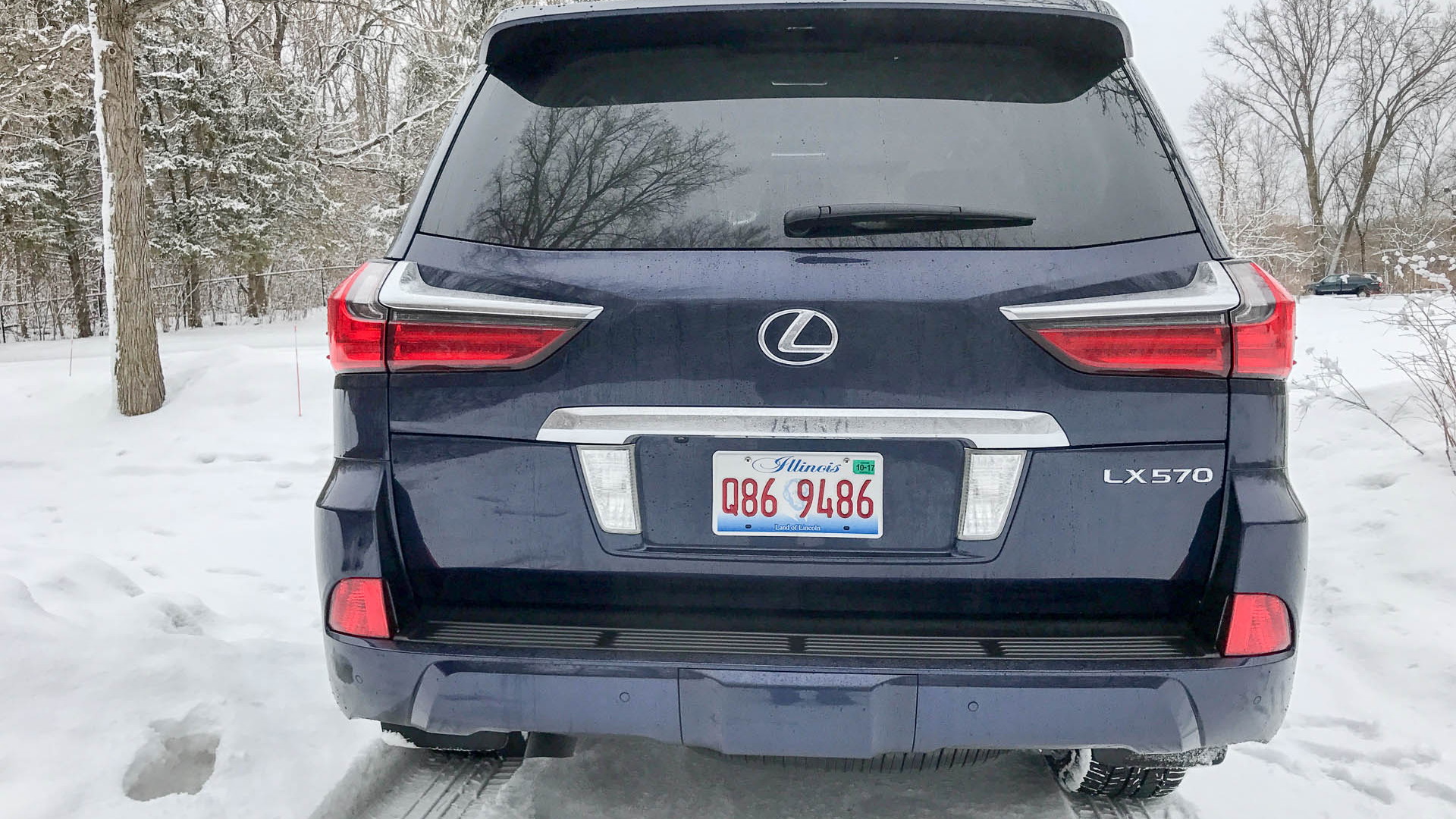 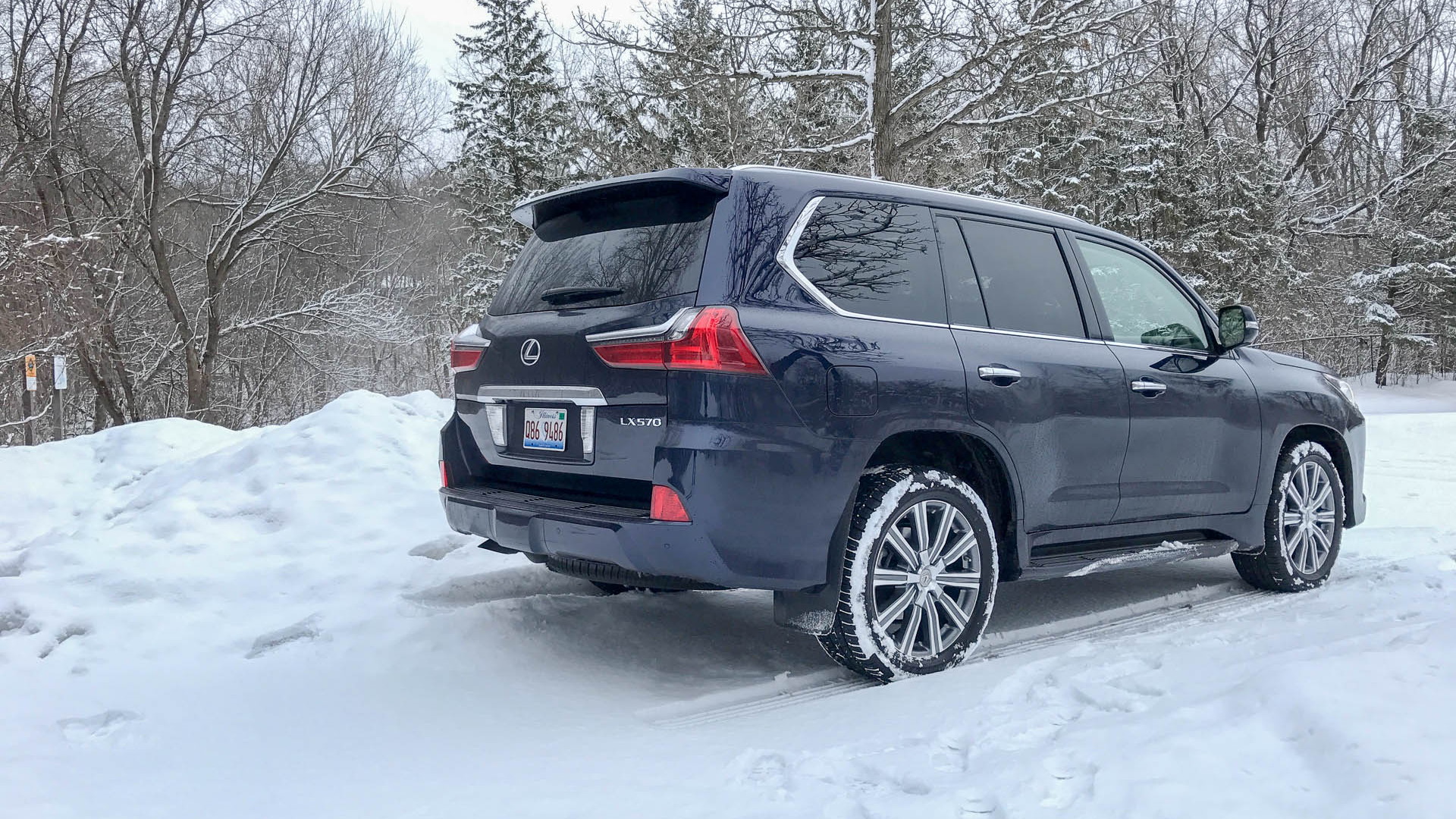 We live in an era in which flagship luxury SUVs start around $70,000, and they can easily top $100,000. Heck, the Mercedes-AMG G65 exceeds $220,000. And that's before we start talking about the Bentley Bentayga and its available dash clock priced at $170K (no, that's not a typo). To say things have gotten out of hand might be an understatement.

But given the market, there's an argument to be made that the Lexus LX 570 is actually a value, despite its $90,875 base price.

How in the world is that possible, you ask? Put away the pitchforks and I'll explain.

Start with the Toyota Land Cruiser

You might argue the Lexus LX 570 is a fancy Toyota Land Cruiser, because it is. You get the luxury badge that will play well at the county club, the full luxury car dealership experience, as well as superior fit and finish. Then there's the materials. You'll find leather with nice stitching almost everywhere, from the seats to the dashboard to the door panels.

Then there's the tech, with LED headlights, taillights, and interior lights; an available color head-up display; a large 12.3-inch infotainment screen (though it's home to the horrid Lexus mouse-based infotainment system); and all the active safety tech one might expect in a luxury flagship.

To really elevate it over its lesser Toyota brethren you'll find luxury features such as four-zone climate control with climate concierge, a nifty bit of tech that automatically monitors the temperature of all four climate zones inside the LX and adjusts the ventilation accordingly. Then there's the Mark Levinson surround sound system with 19 speakers and 7.1 channels. It might not be a concert hall, but it's impressive in its own right.

It will go anywhere

Yes, the Volvo XC90 is a nice crossover SUV, and so is the Mercedes-Benz GLS, but the Lexus LX 570 is a genuine truck-type SUV that boasts real capability. Few things can keep the Lexus LX 570 from moving forward. A body-on-frame SUV, this machine has the hardware to get dirty, including:

Sure, it can be had with glitzy 21-inch wheels and all-season tires, but few things outside a Mercedes-Benz G-Class, Land Rover Range Rover, and Jeep Wrangler can go where this Lexus can go.

In case you were wondering, the Escalade is a body-on-frame SUV as well with real four-wheel drive and low-range. The difference is, it doesn't have the off-road chops thanks to its lower ground clearance and lack of true off-road hardware. It's more intended to get you through that winter blizzard or tow the horse trailer back from the racetrack.

Look, the LX 570 was heavily refreshed for the 2016 model year, but it's old. Sure, it has a new 8-speed automatic transmission, fancy tech, and glitzy chrome, but the engine goes back to 2008 and the structure goes back much further than that. Heck, a lot of the off-road hardware isn't even new. And it shows when you drive it on the road.

As you push the start button the LX 570 roars to life, and I mean roars. Enough that it'll make a 3-year-old take notice as the intake sucks in a ridiculous amount of air.

As you make your way down the street it'll take less than three blocks of Midwest pavement to note that you feel every single bump, pothole, expansion joint, and crack in the road. The body shudders, shakes, and twists as you bound down the road. While flex is appreciated when off-roading, it's not to great when barreling down the freeway in a 6,000-pound SUV.

Take a turn and you'll notice the LX 570's old-school body roll. One might suggest to passengers that there are A-pillar-mounted grab handles for a reason. And yet the steering has a heavy, slow solid feel that you don't find in many overboosted luxury SUV systems these days. It feels as if you are moving the wheel with purpose, and I like it.

You sit high in the LX 570, partly because of its 8.9-inches of ground clearance—in normal ride height mode—but also because the seats are mounted high in the cabin. Visibility is terrific with lots of glass all around. This is great for both on- and off-road situations because it provides a commanding view of what's in front of you.

The 5.7-liter V-8 produces 383 horsepower and 403 pound-feet of torque. While more than sufficient, you won't be moving very fast, as this isn't exactly a sprightly Mercedes-AMG GLE63. The 8-speed automatic transmission is generally smooth, but sometimes seems to pause on certain 1-2 and 2-3 upshifts. I've noted this in three different LX 570s.

While fuel economy isn't exactly a luxury SUV's mission, the LX 570 fails pretty spectacularly. There's bad, and then there's the LX 570's fuel economy, which is rated at 13 mpg city and 18 mpg highway. That's apparently generous as in mixed driving I averaged 13.6 mpg over 156 miles of city and highway driving, according to the onboard trip computer.

Sure, it doesn't exactly ride well for a luxury SUV, and driving it as a daily driver essentially means you're killing baby seals with your fuel economy, but there are few vehicles in this upper crust of the luxury SUV market that can tackle an off-road adventure like the LX 570.

The Land Rover Range Rover is similarly priced in base trim, but load one up and you're well over six figures, and reliability studies typically haven't been a Range Rover's friend.

The Infiniti QX80 also plays in this class, and while it has locking four-wheel drive with low-range, it has large wheels, standard running boards, and lacks many of the LX 570's off-road features. That will keep it near the beginning of the trails.

Cadillac's Escalade is a vehicle I love, but it can't do the things off-road a Lexus LX 570 can, and one questions if it gets the same attention at the country club these days thanks to Uber Black Car.

And that brings us to the Lexus LX 570, a $90,000 luxury flagship SUV that's a real truck with real capability and Toyota's reputation for reliability.

And possibly refuting it

Of course, this argument is moot if you're not going to use the LX 570 for off-road adventures. Then it just becomes a thirsty, poor-riding SUV with lots of body lean. In that case, you'll be better served by a crossover-style SUV like the Mercedes GLS.

So it's up to you. Do you want the LX 570 for an every day driver that can tackle an off-road trail and tow a boat, too? Then it might be a real value. If not, it's best to look elsewhere.