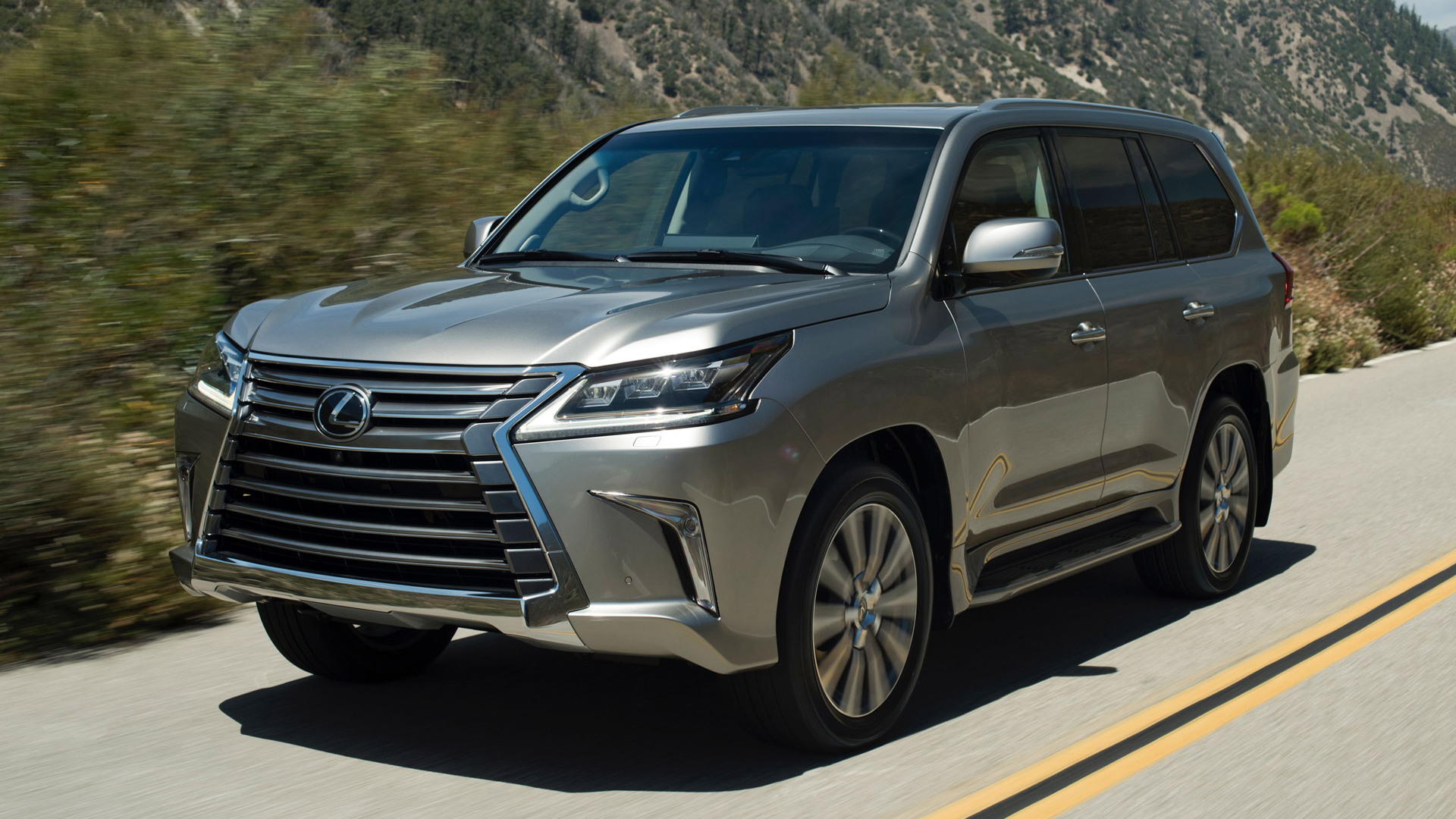 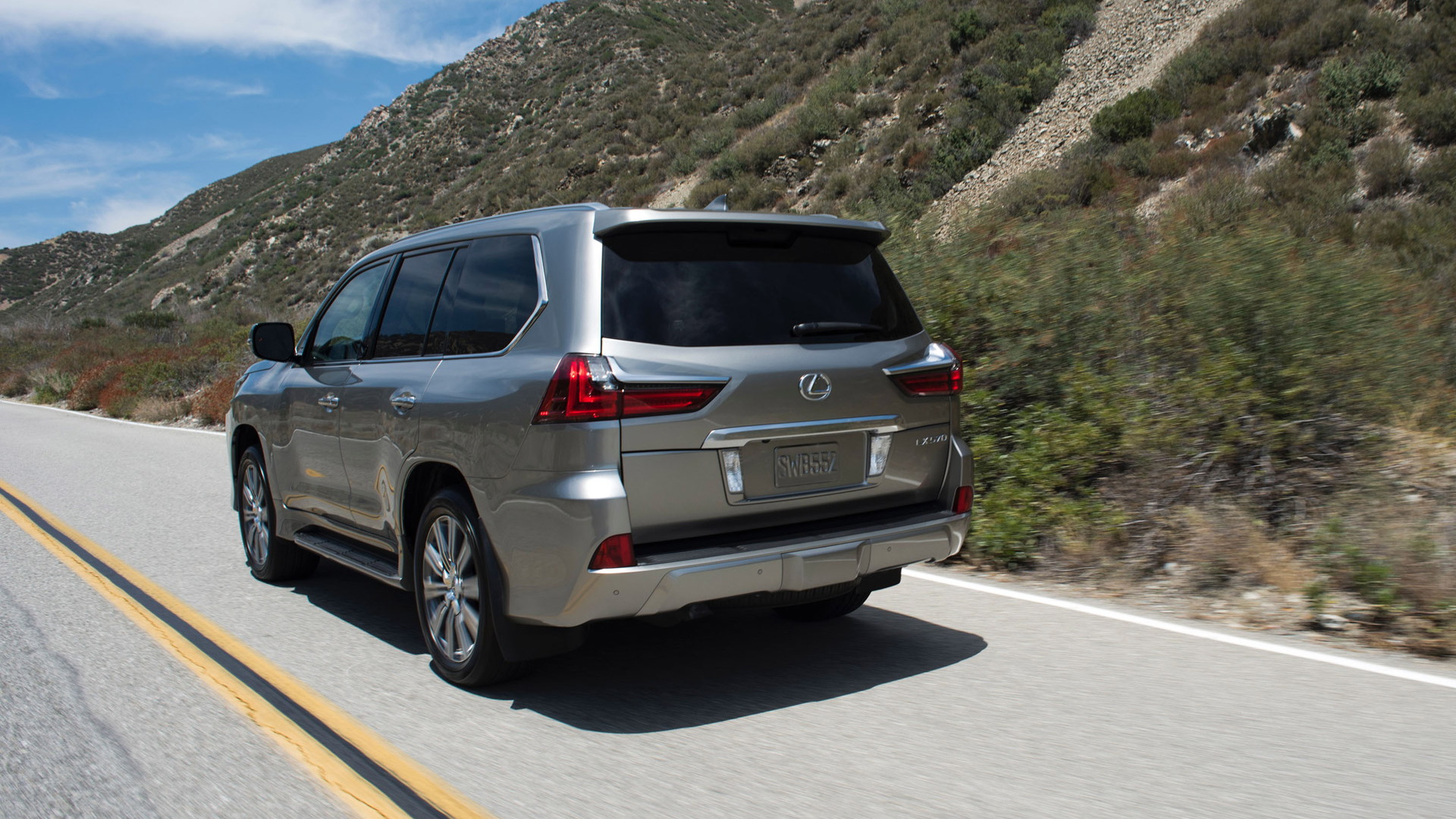 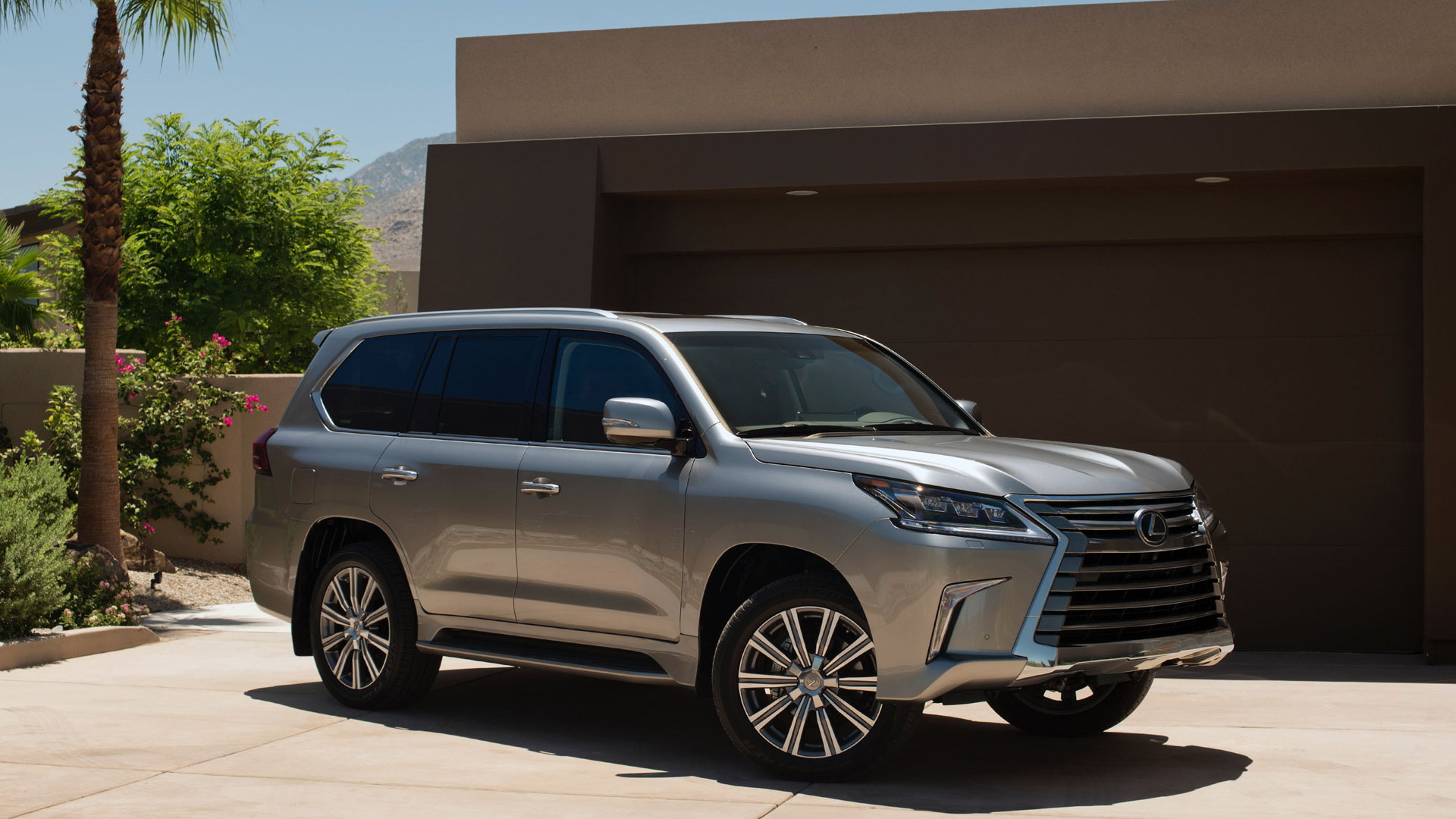 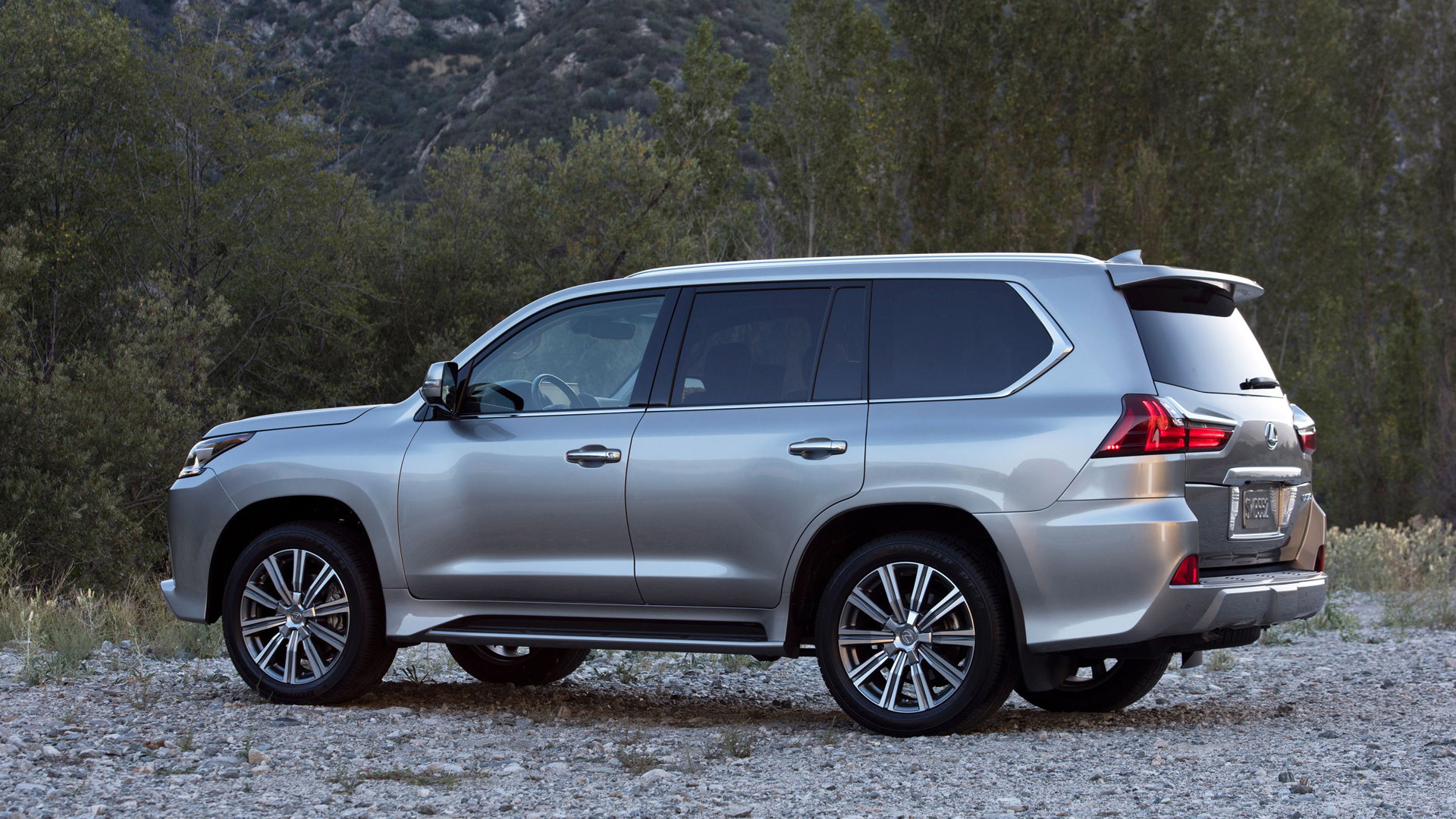 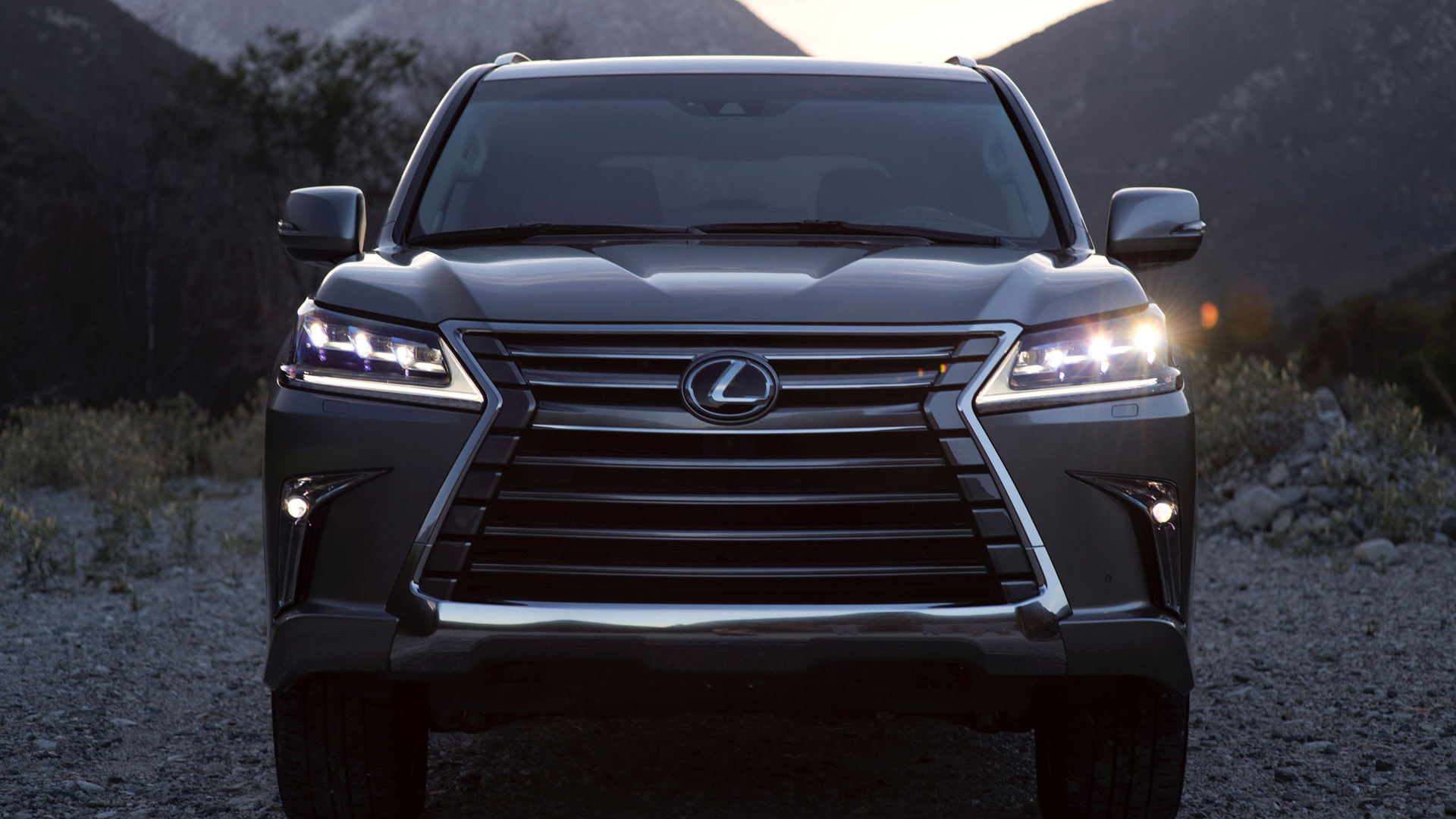 After numerous leaks, Lexus has finally revealed its updated LX 570 which is due in showrooms later this year as a 2016 model. The current LX 570, together with its Toyota Land Cruiser corporate cousin, traces its roots back to the 2008 model year when it was introduced as an all-new model. It underwent a major update for 2013 and now has undergone a second update, the final such update before a redesigned model arrives on the scene in the next two to three years.

You’ll easily spot the 2016 LX 570 by its oversized, one-piece spindle grille. There’s also new sheet metal all ‘round, with only the door skins carrying over from the previous year. The lights at both ends are also new, and up front the lights are full-LED units as standard. Other premium touches include chrome detailing, 20-inch wheels (21-in wheels are available) and a roof-mounted spoiler.

The interior has been thoroughly revised, with a 12.3-inch display now dominating the dashboard. This works together with Lexus’ Remote Touch interface, and further information can be display via an available head-up display system. A new standard feature for 2016 is a panaromaic view camera, ideal when maneuvering a trailer or parking. Towing capacity, by the way, is 7,000 pounds.

While the current 5.7-liter V-8 engine remains, it’s paired with a new eight-speed automatic transmission that replaces the previous six-speeder. Peak output is unchanged at 383 horsepower and 403 pound-feet of torque, but we’d expect with the extra gears fuel economy will be improved. The current model’s numbers come in at a shocking 12/17 mpg city/highway and 14 mpg combined. To maximize economy, drivers should select the “ECO” mode for the Drive Mode Select system, which tailors powertrain, suspension and a number of other vehicle settings.

The LX 570 remains one of the few body-on-frame SUVs competing in the luxury segment, and it also has eight seats split over three rows. A Torsen limited-slip locking center differential provides full-time four-wheel drive, splitting torque 40:60 under normal driving conditions. Off-road, the driver can lock the center differential for driving over challenging surface conditions. The Active Traction Control system is an additional tool when off-roading, with the driver able to adjust the system to suit the various conditions underfoot, be it rock, mud or sand.

The 2016 LX 570 made its debut today at the Pebble Beach Concours d’Elegance, where Lexus also showed an updated GS range. For more coverage from the event, head to our dedicated hub.