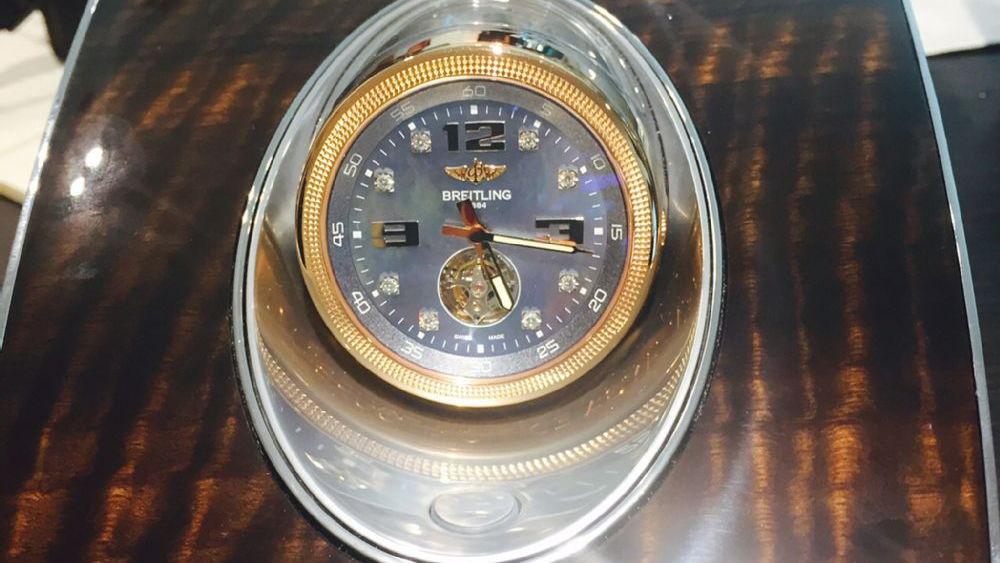 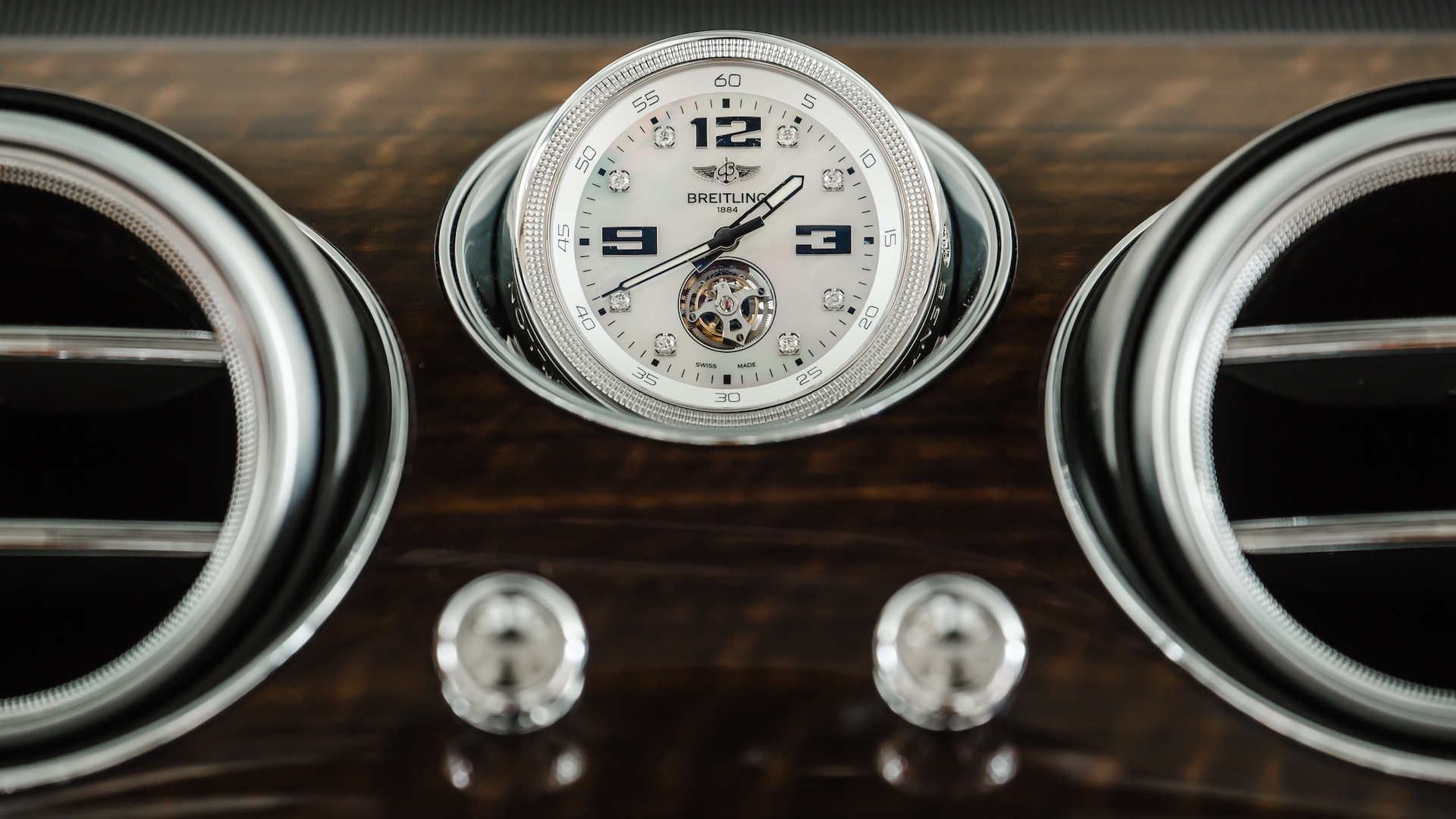 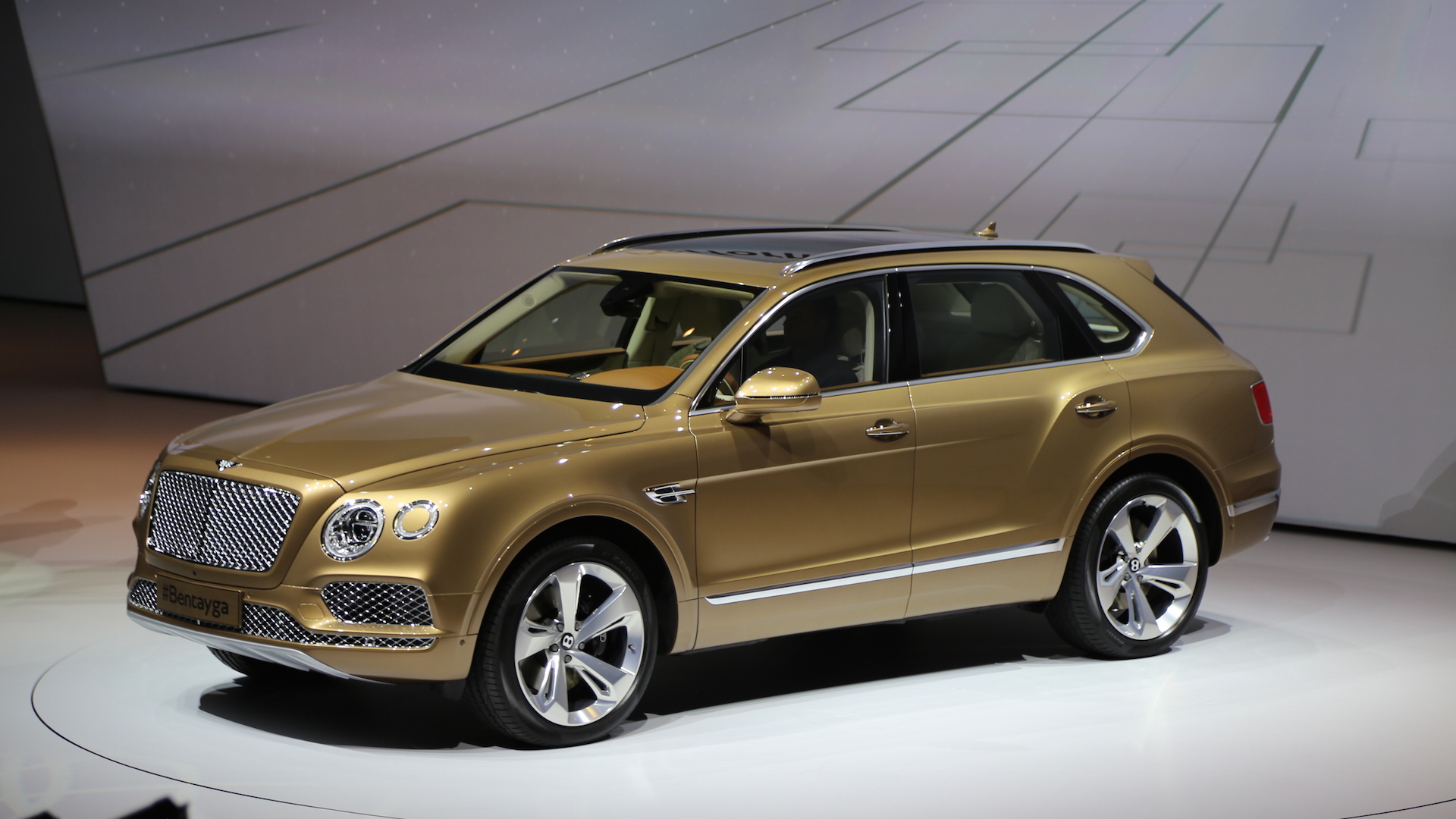 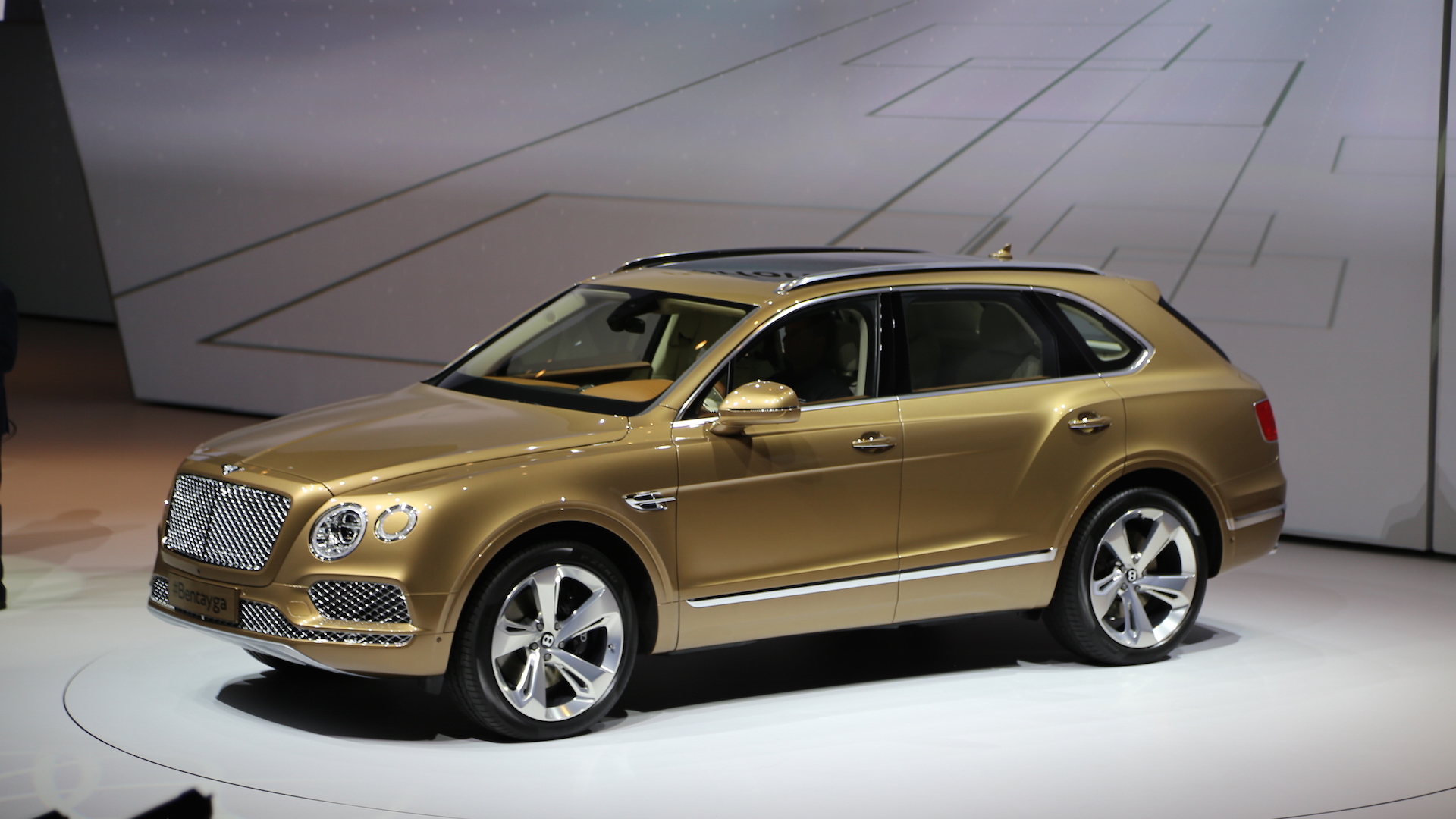 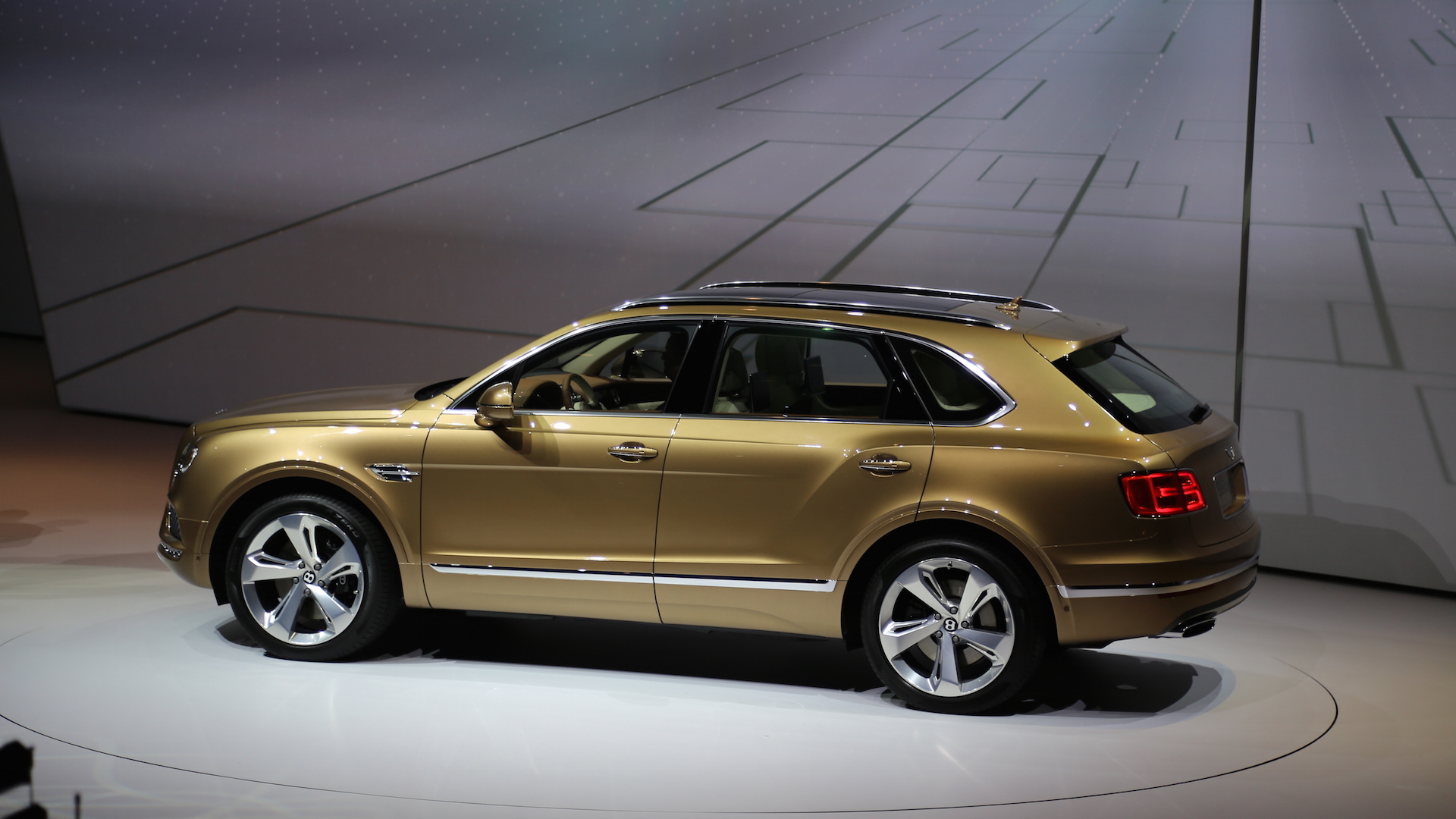 As you might expect, it's not just any clock.

The body of the Mulliner Tourbillon by Breitling unit is solid gold, the number markers are emblazoned with diamonds, and the face—depending on the customer's inclination—is crafted from either ebony or mother-of-pearl. Operation is mechanical, and while perpetual watches usually wind themselves using the wearer's body motion, Bentley has developed a system that will accomplish something similar in the Bentayga. Which is too bad, because it's kind of hilarious to think about high-society folks setting iPhone alarms to remind them to wind the clock in the old daily driver.

But the Crewe contingent's desired clientele for the uber-luxurious SUV probably won't blink at the cost, even if the tarted-up timepiece doesn't keep track minutes and seconds any better than a $70 Swatch.